All Ova is the last culvert of the Sudden Brook before it flows into the River Roch, it's pretty long at 900m and mostly big CMP although not all of it is walkable.

The outfall and initial section is built from stone blocks, soon after it becomes a corrugated arch with concrete floor, a roar soon revealed itself to be a cascade. 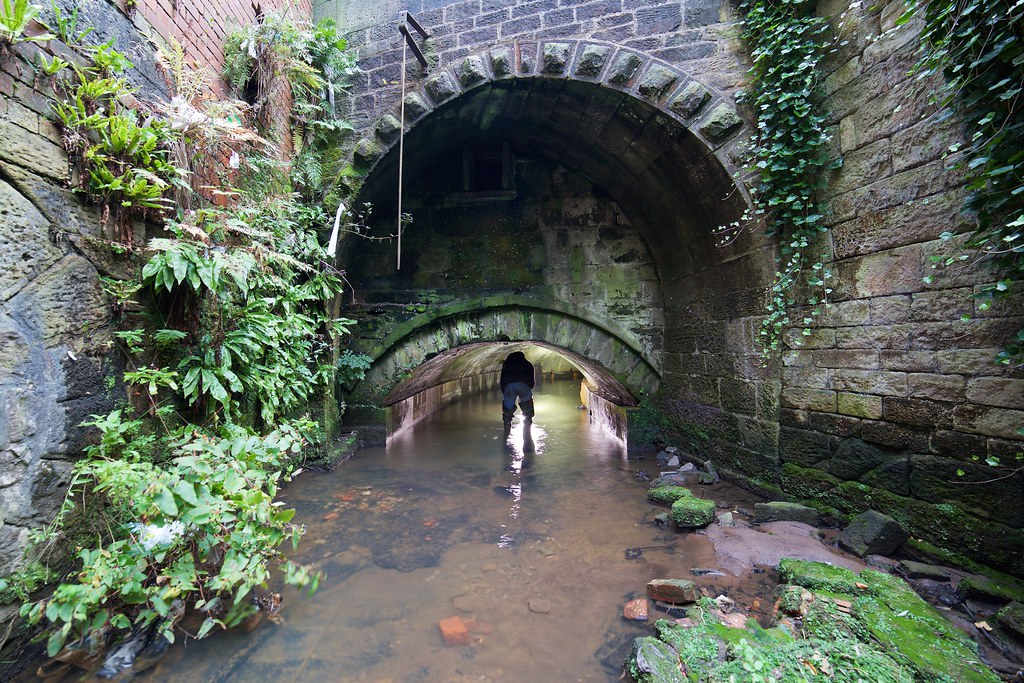 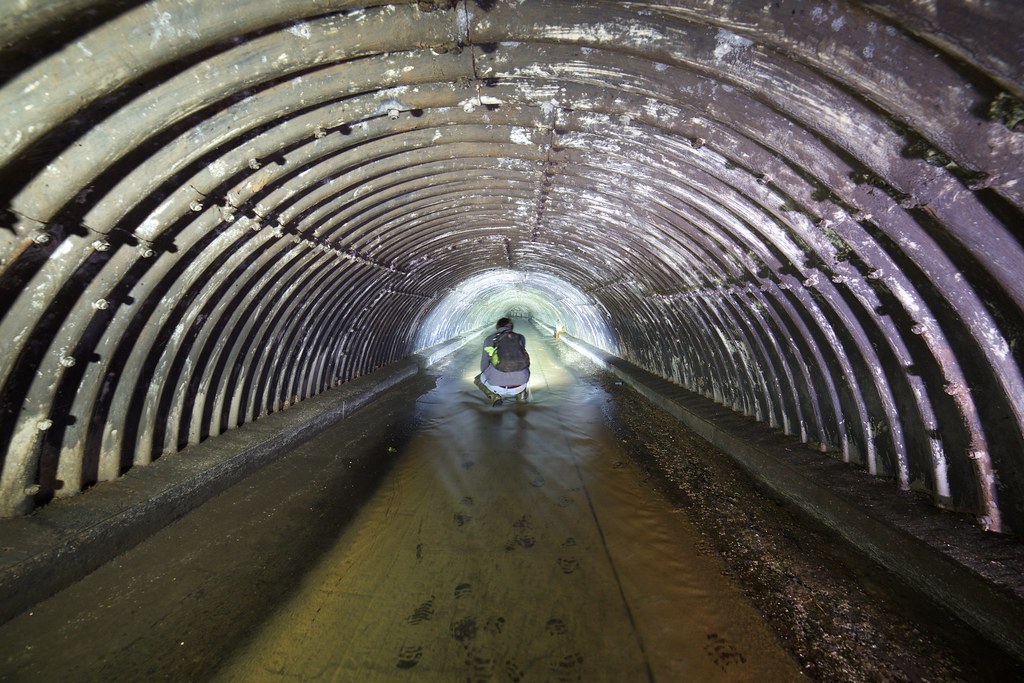 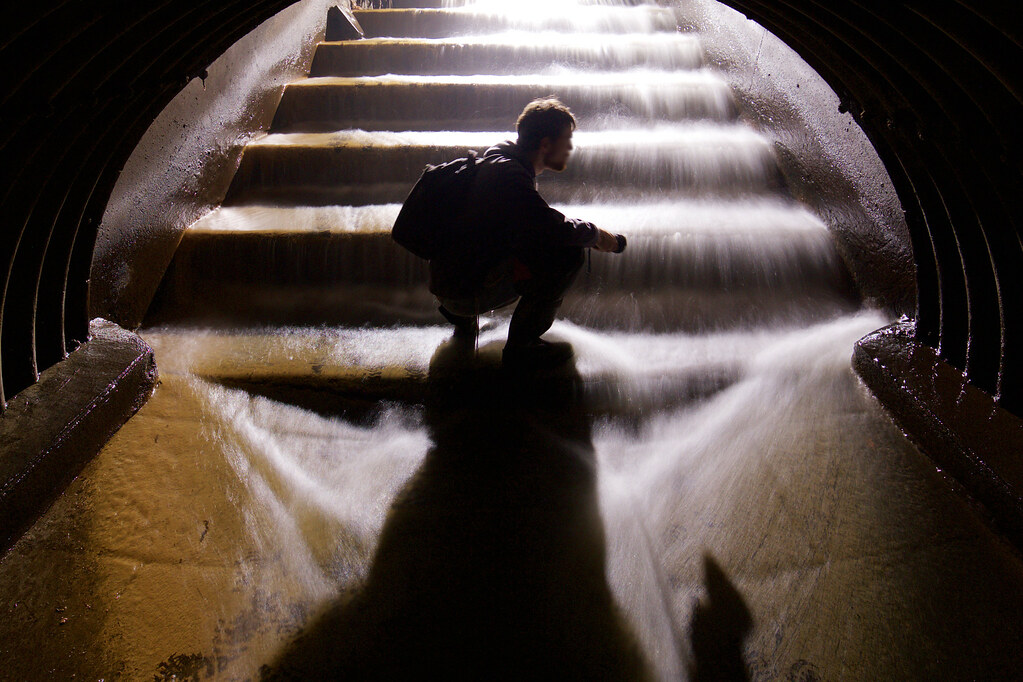 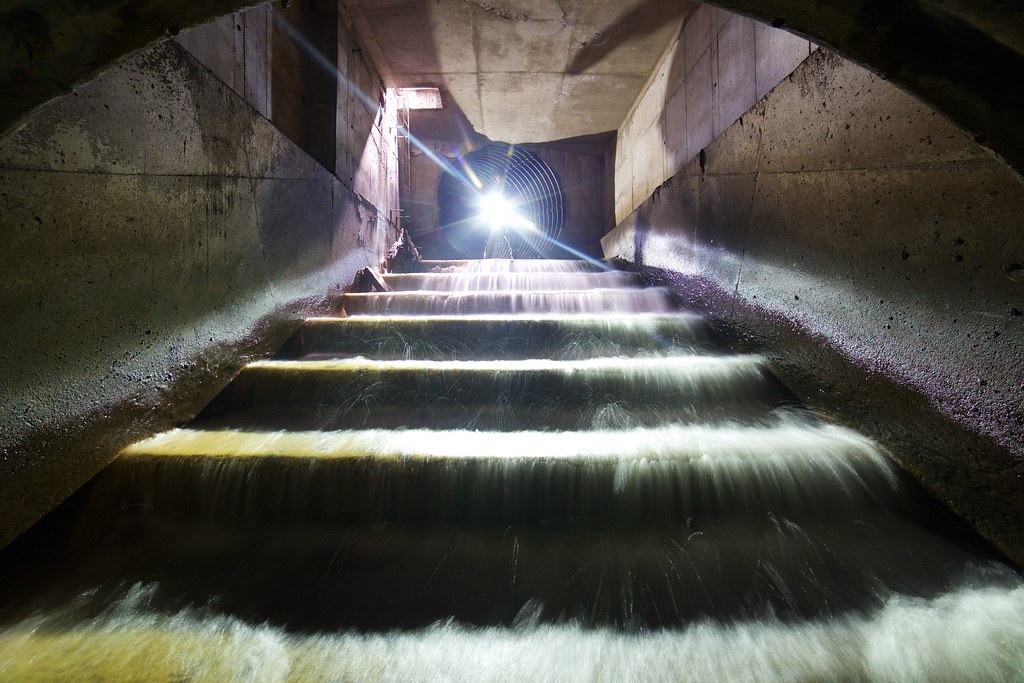 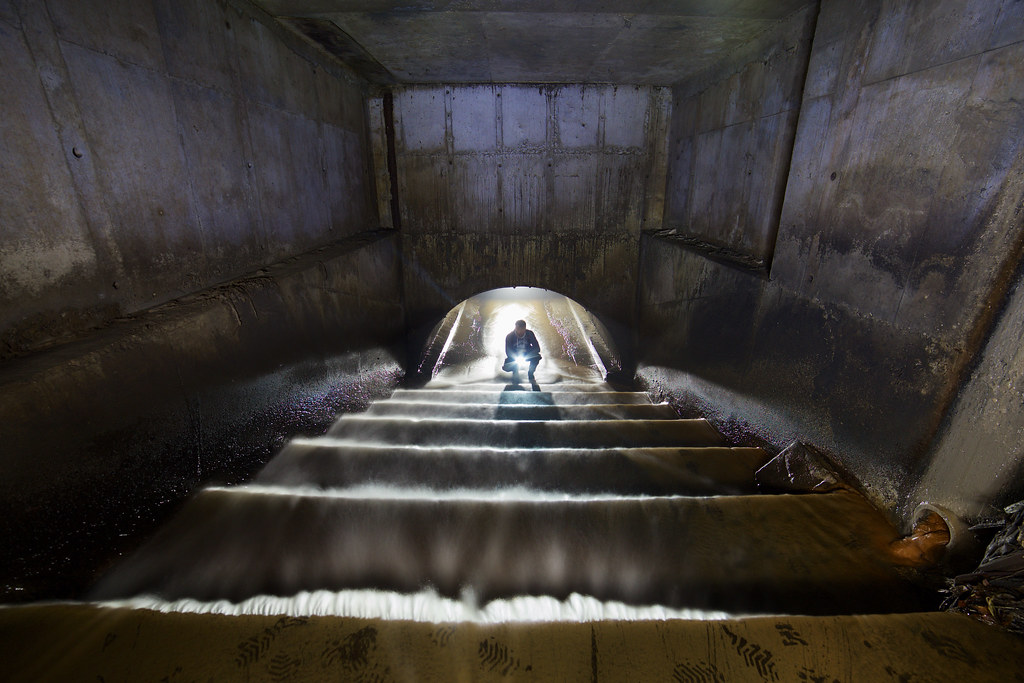 The corrugated metal pipe that made up the majority of the culvert must have been around 10ft tall. It was built with a sticky black layer of bitumen lining which remained in sections above the waterline, the invert was starting to corrode away in sections and required a careful footing. 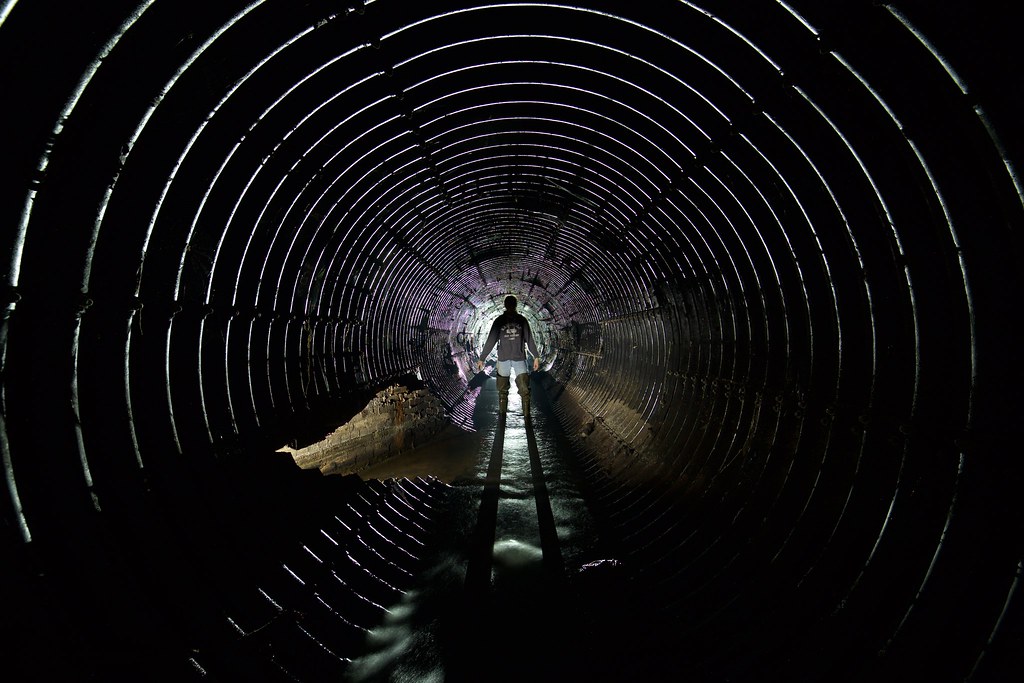 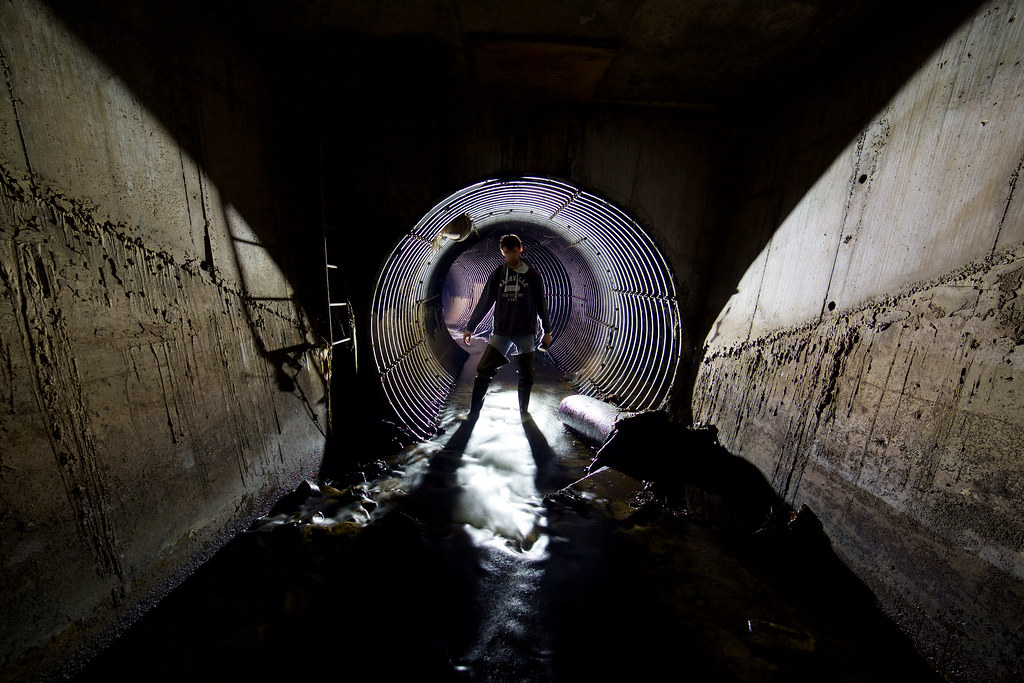 After a bit of a walk the metal pipe changed to a trapezoid concrete channel as it passed under Edinburgh Way, the remains of what looked like an old boiler lay within. 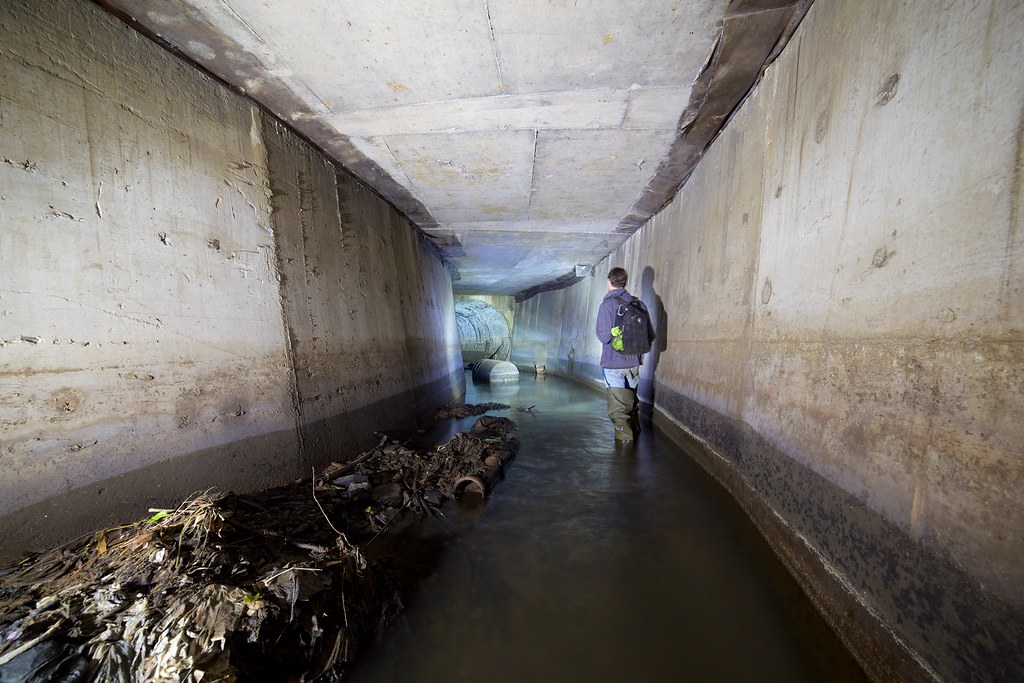 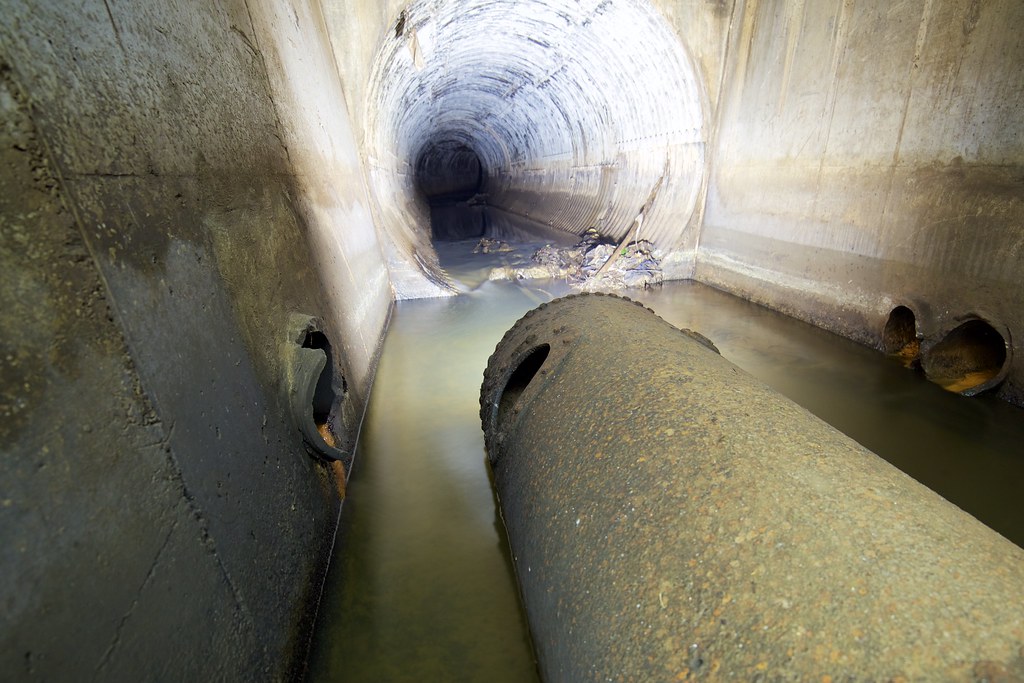 It's a noisy drain in parts, the next roar sounded like a fire hydrant from a distance. Often the enclosed space of a culvert makes sounds worse than they actually are, in this case a small surface drain connected from high up, a quick dash through the spray avoided wetting wet. 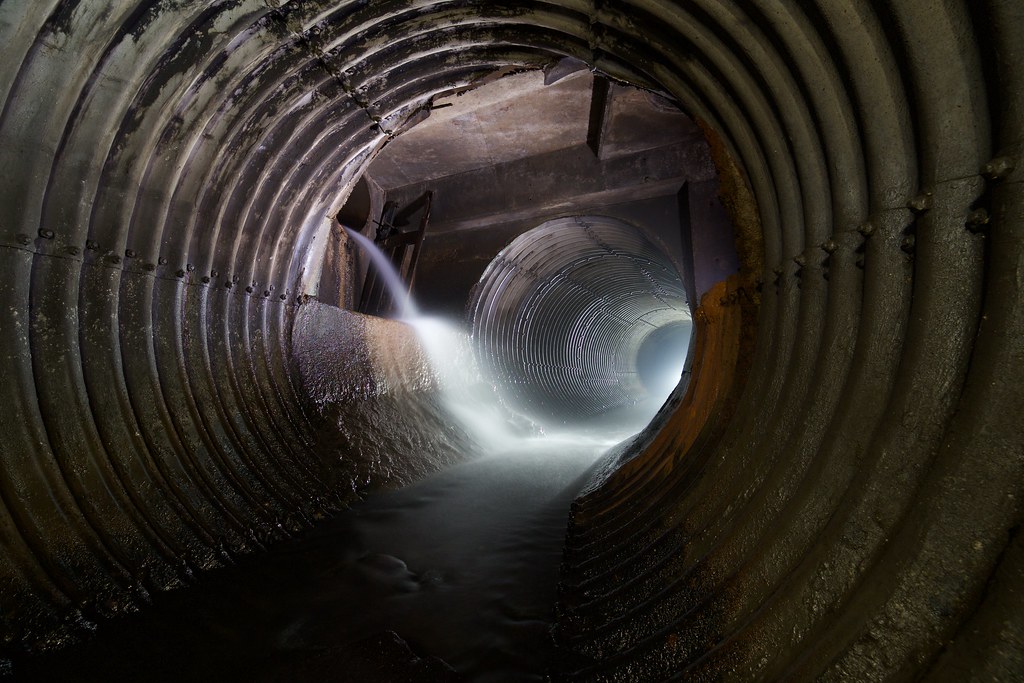 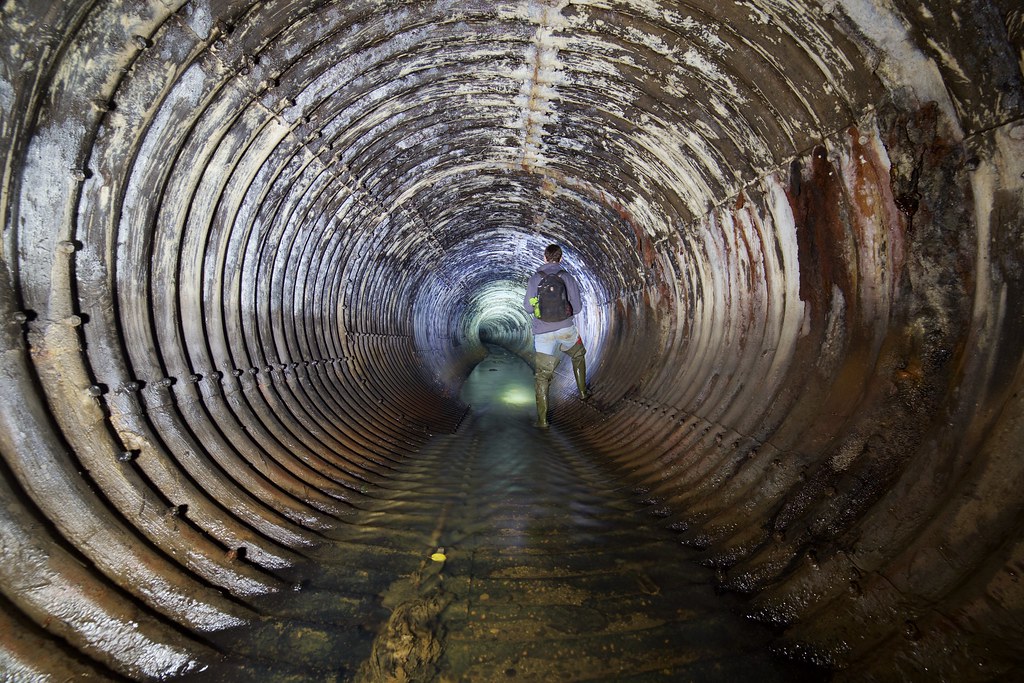 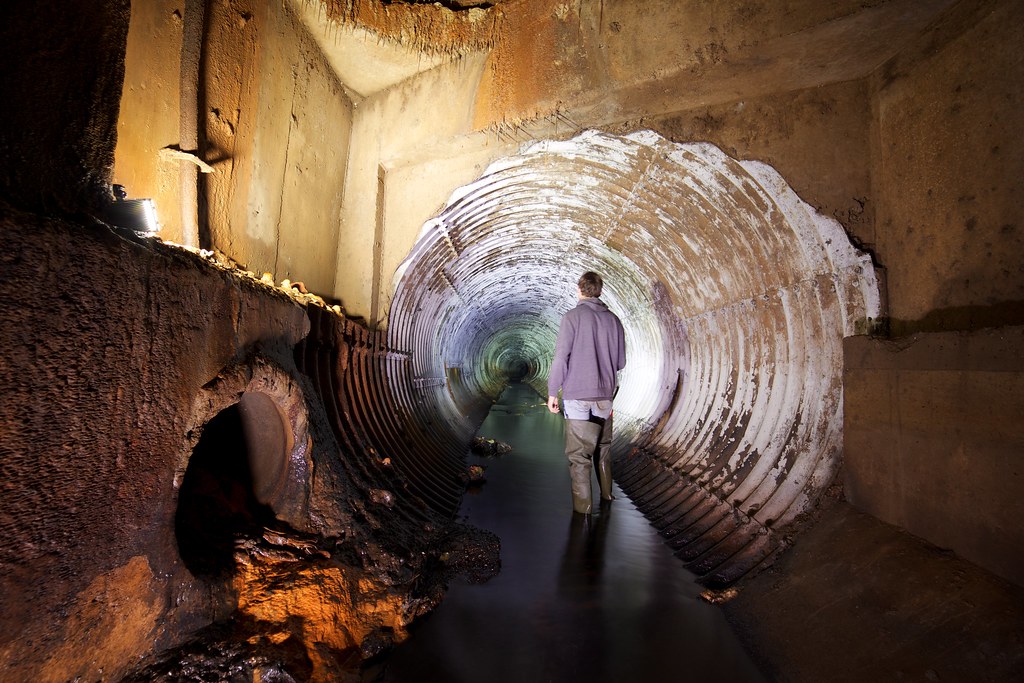 The exploration came to a swift halt as a concrete wall blocked the majority of the pipe, a much reduced space underneath showed a 4ft brick arch leading off into the distance. The infall had a grill and we were running low on time so we called it a day, fluctuations in the flow from the hydrant pipe were obvious and disconcerting so I was glad to be heading out. 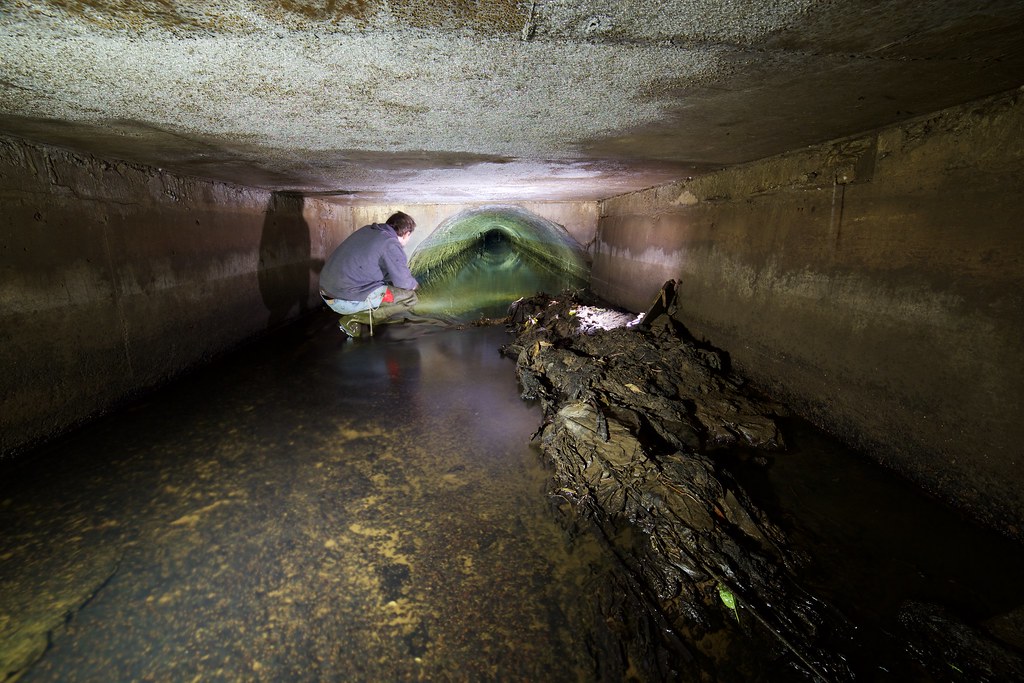