Moss Side used to have it's own seperate sewer system prior to full amalgamation with Manchester in 1904. The 4ft Moss Side Outfall Sewer collected flows from several trunk sewers and proceeded Southwest for just under a mile and a half to a works by the River Mersey. After joining with Manchester the City Surveyor drew up plans to connect the existing Moss Side sewers to the Main Drainage system. The Moss Side works was retained but would receive reduced flows.

One of the main trunk sewers was relieved by a small connection to the new Work 10 interceptor which would take excess stormwater. The trunk then continued to a junction where another joined and the combined flows became the Outfall Sewer. This junction was converted into an overflow chamber, the Outfall sewer became an overflow pipe and the continuation flow dropped down into a new sewer which ran underneath. This then proceeded Northwards for around 800m and joined Manchester's Outfall B sewer. 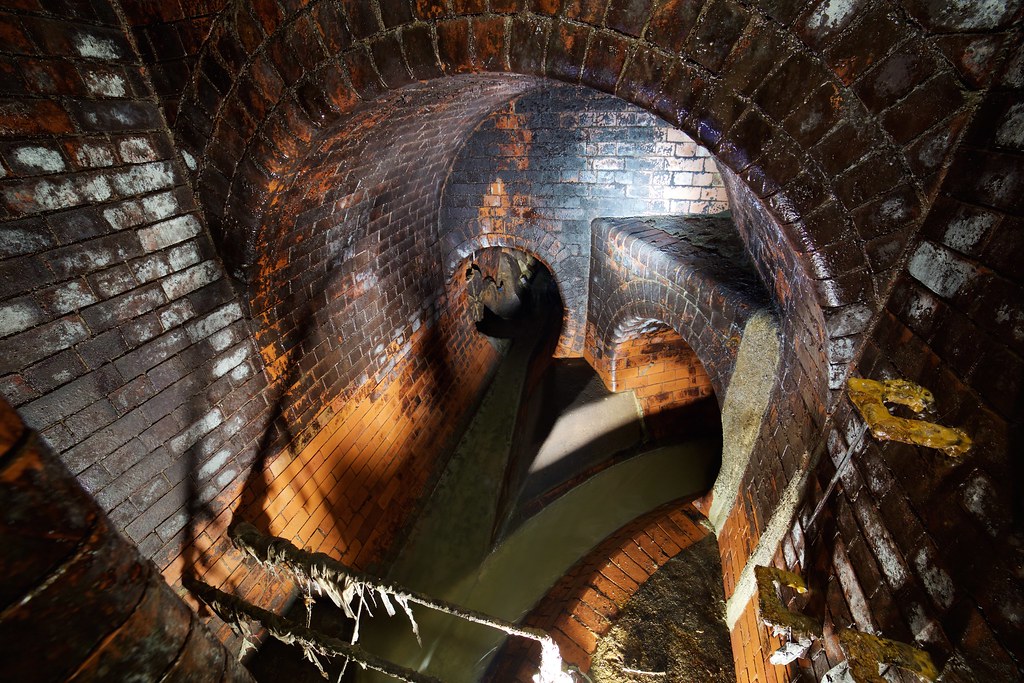 After popping the lid and having a quick look I shouted up to Theloki and Morse to come down. It was a small space for 3 people but between the landing, overflow chamber and sewer underneath we just about managed to fit in. The underside of one of the ceilings held an impressive array of snotsicles and surfaces were generally fatty and disgusting. 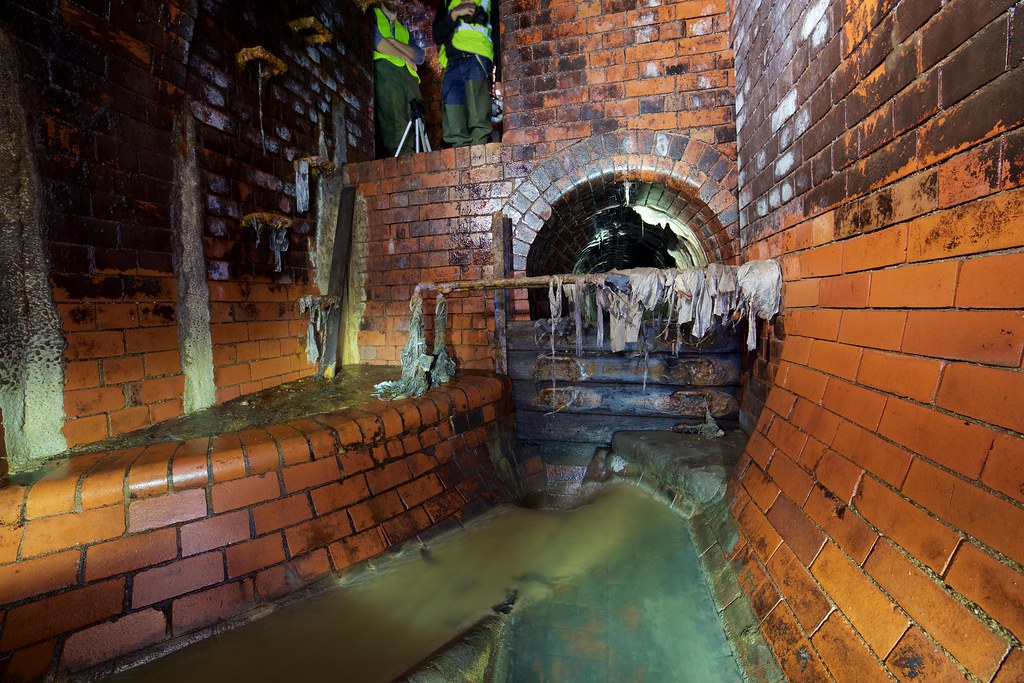 The sewer that runs underneath and takes away the flows from the chamber above. 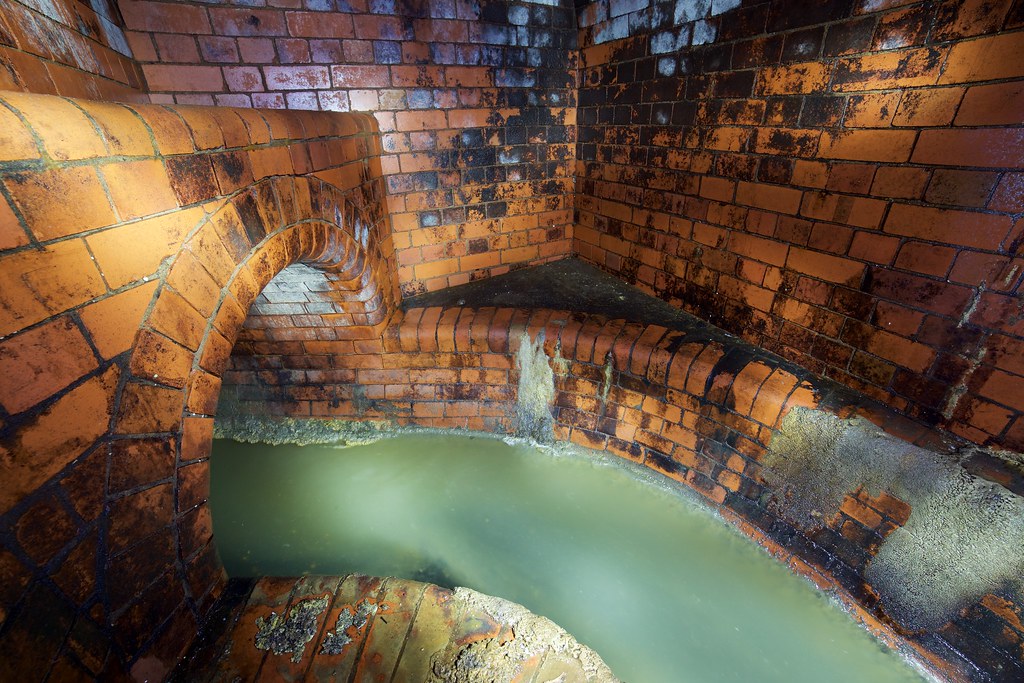