Dreadnought, (aka the Malago Storm Water Interceptor) is a large concrete drain that takes the flow from the Malago and Pigeonhouse Stream in the Southern part of Bristol. Construction was completed around 1974 and brought an end to the flooding that used to affect the Bedminster area. 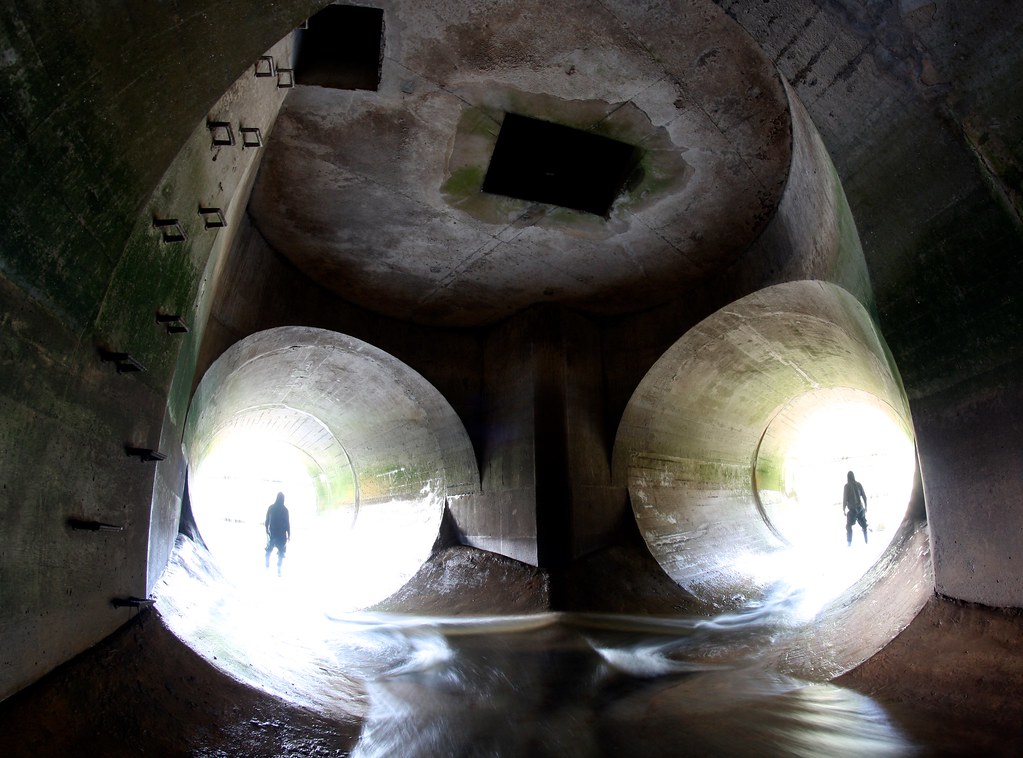 I met with TheVicar and Eotech to have a look. The weather had been wet for a few days before and we luckily got a lull in the rain and the sun came out. Despite this the flow still had allot of force behind it once we where down there. 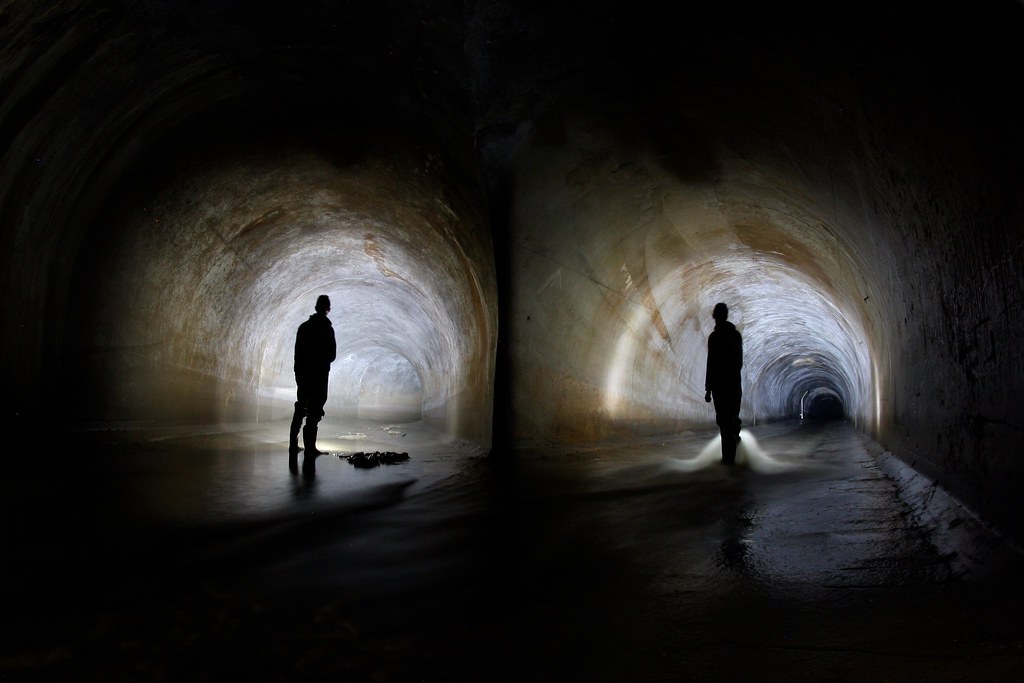 Just up from the dual pipe outfall the main tunnel splits in two. The left hand branch goes upto a large CSO. A heavy plastic screen hangs down to stop the worst of the smells. Behind the tunnel continues up and becomes the sewer proper. The normal level flow drops into a pit where exits via a smaller pipe. 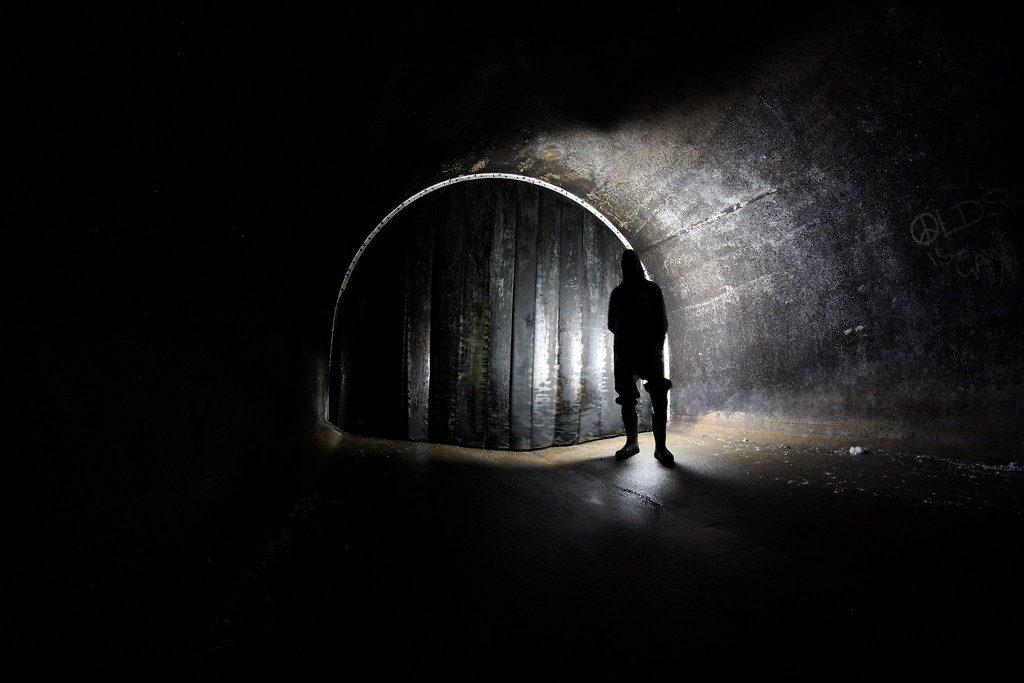 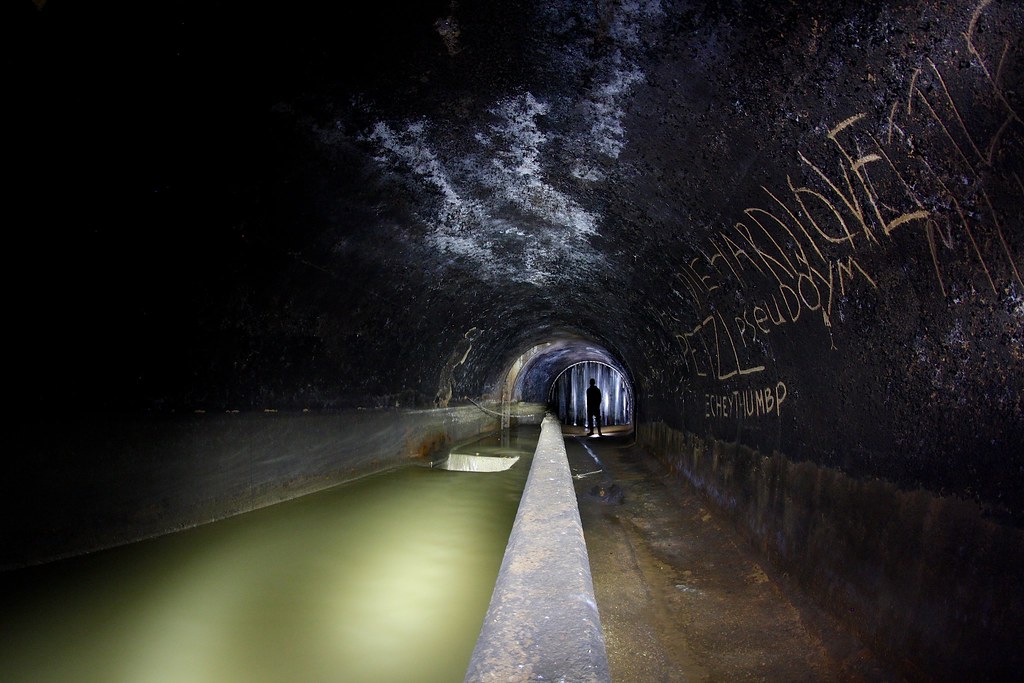 The sewer runs parallel to Dreadnought and has various connections along it's length. One housed a concrete chamber with iron pipes bringing another smaller sewer in. A grill in the floor showed small tanks beneath, seemingly too small to provide any significant capacity compared to the huge pipes running underneath. 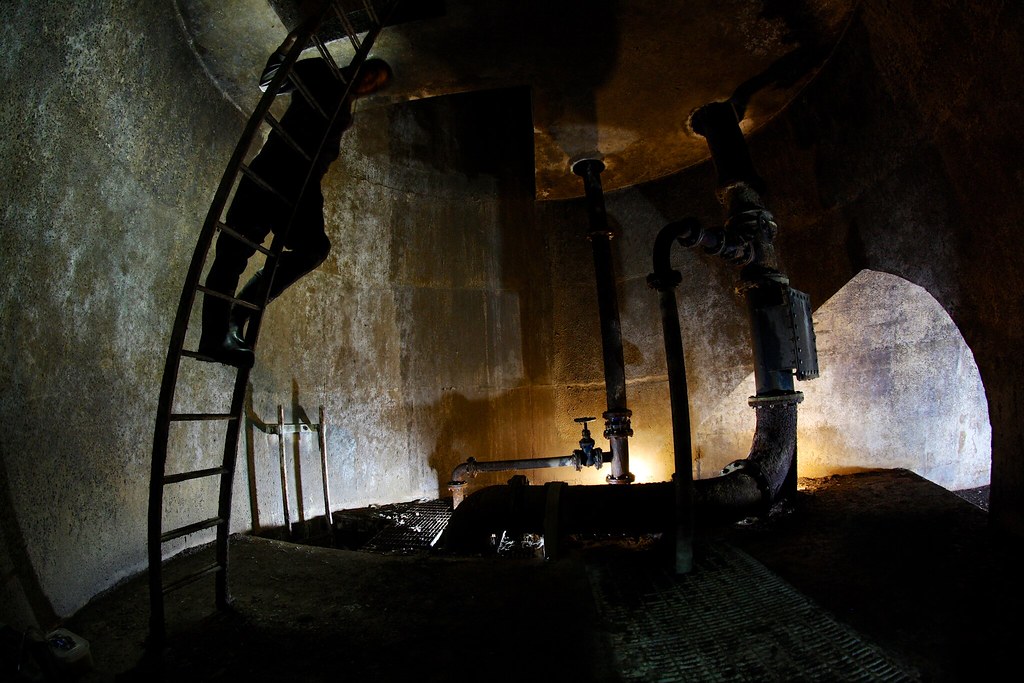 After a significant walk upstream we came to the Malago infall. There was a fair bit of flow coming down the stairs, although as Eotech explained it was nothing compared to whats it's like in a storm. Then the water hammers almost horizontally across the tunnel. 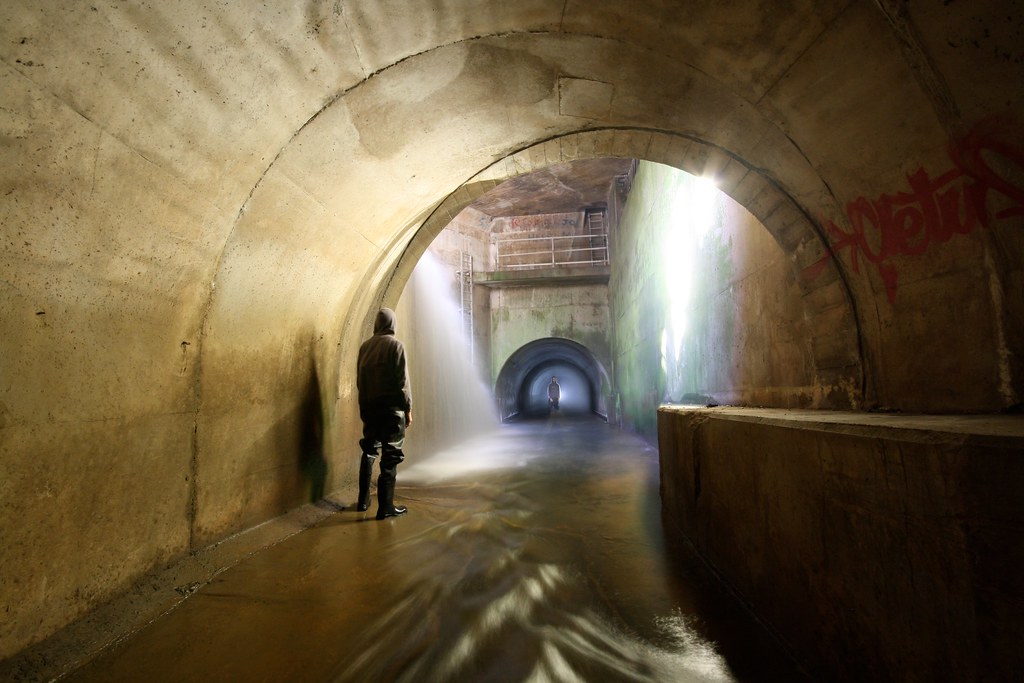 Past the stairs and around a corner the light from the next infall can be seen. After another deceptively long walk was the Pigeonhouse stream infall. 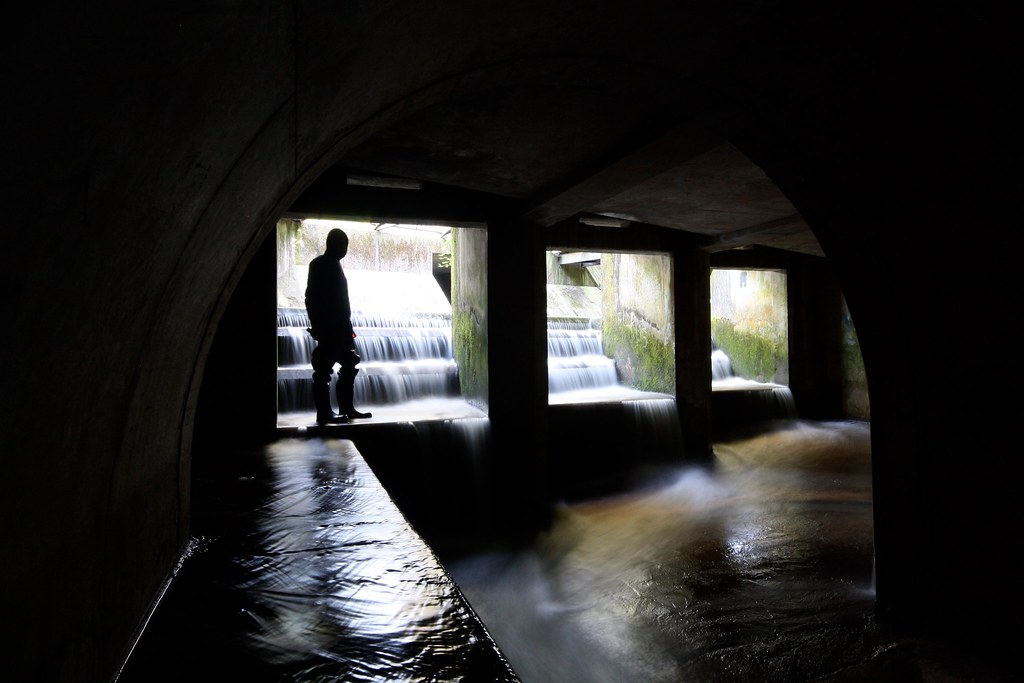 Like the first infall, a house like grill structure sits over the infalls preventing casual entry. Beyond this was a small chamber where two smaller pipes feed in and a much reduced main pipe stretched into the distance. We turned back at this point and got some photos before the tide rose enough to start backfilling the drain.