Hidden on the bank of the Irwell at Strongstry, the Buckden Brook flows from a small outfall. The culvert is around 150m long and around 1.6m at it's highest, and pretty stoopy for the rest. It's mostly constructed from the same stone as the cottages and railway bridge above. 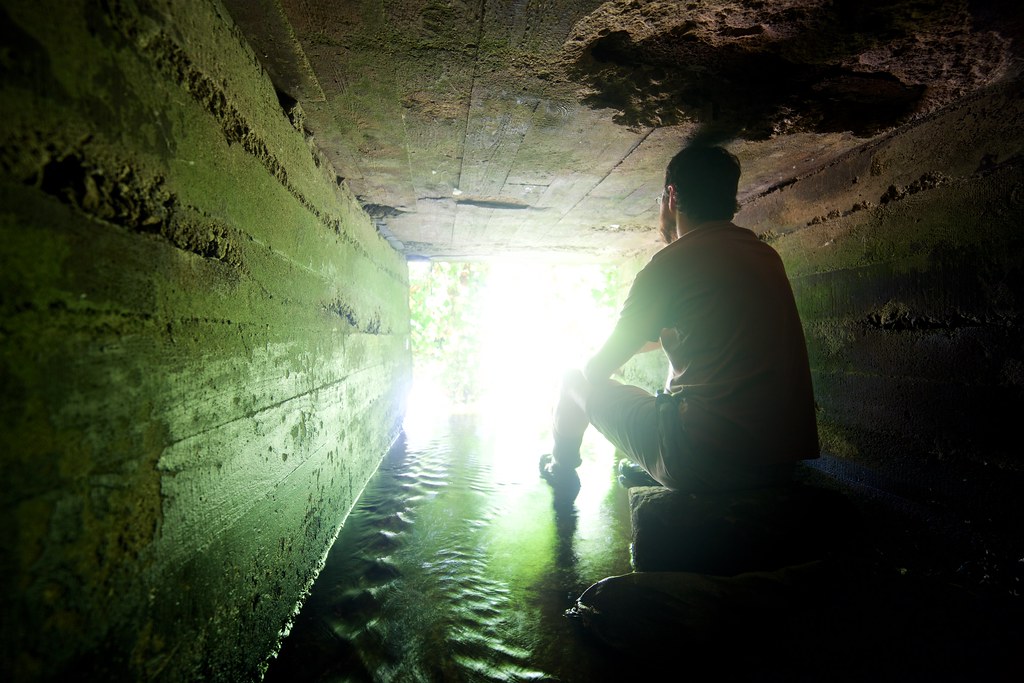 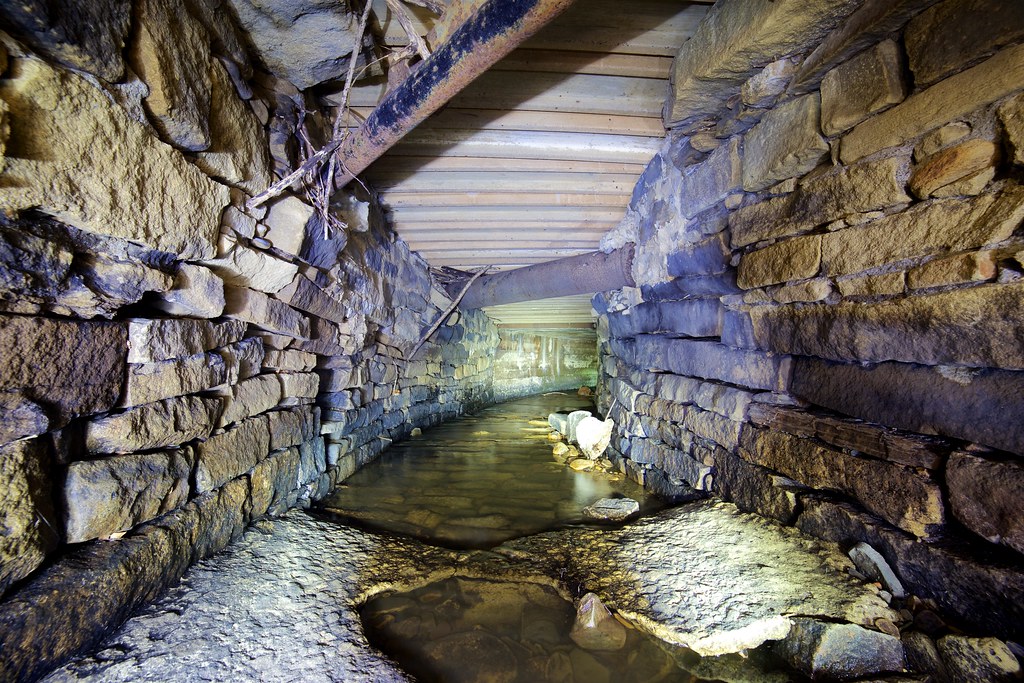 Knocking aside numberous spider's webs made intial progress slow through the concrete, then stone box tunnel. 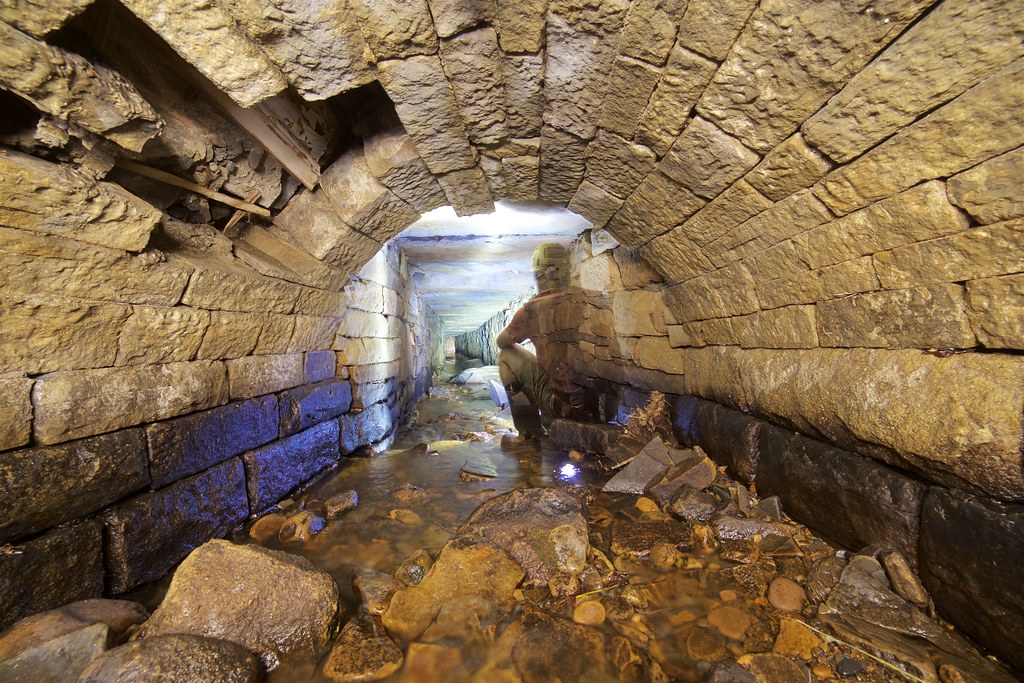 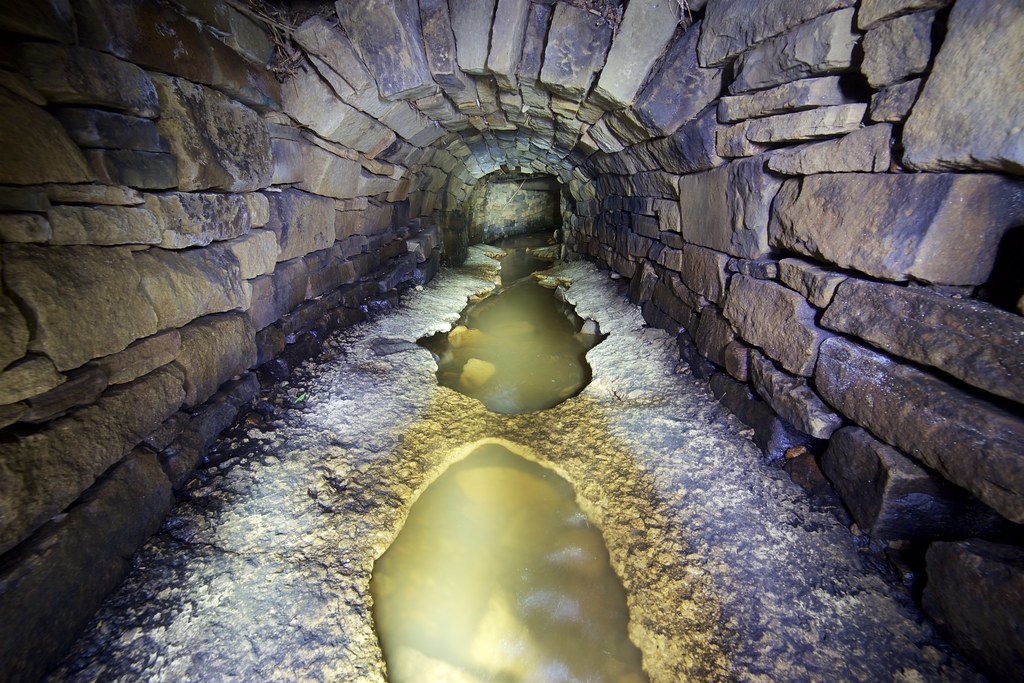 It happened to be a really hot sunny day and was nice and cool in the water out of the sun. Then around the next corner the sun reasserted itself, a temporary cover at the side of of the road let through a beam of light. 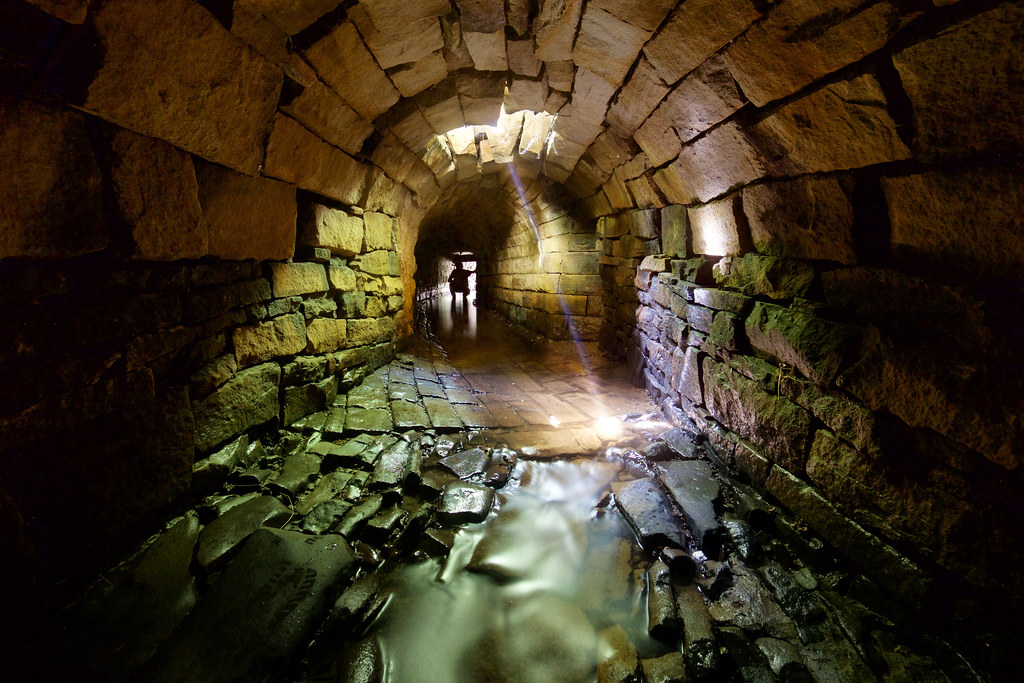 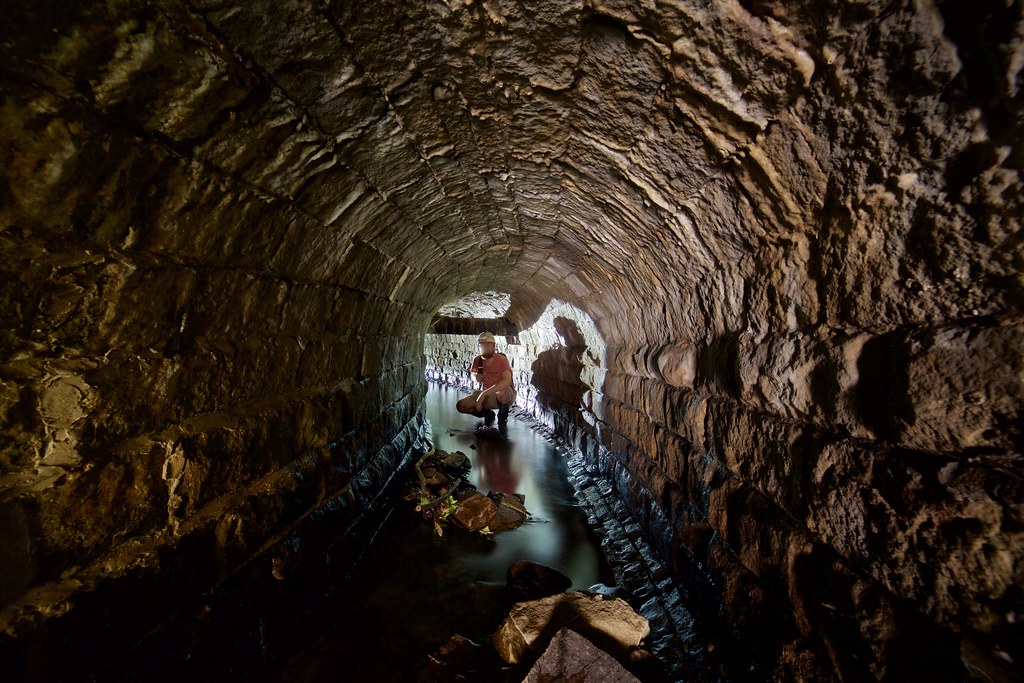 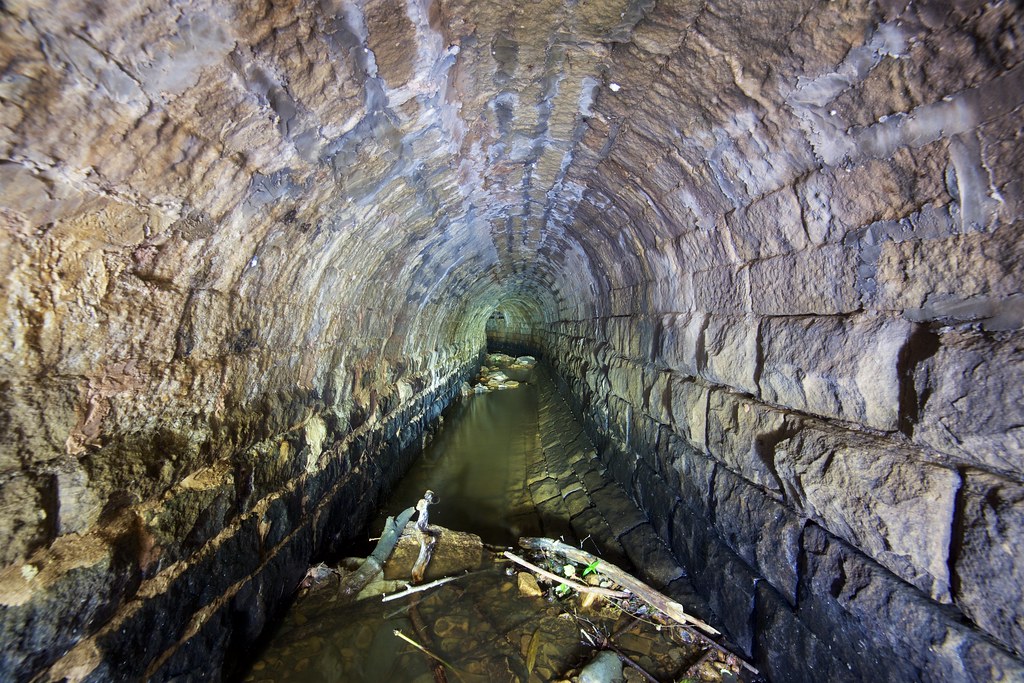 The highest and probably best build section was under the railway line, however on the other side had been a collapse. Concrete blocks had been installed to prevent further movement however it was awaiting a new covering. 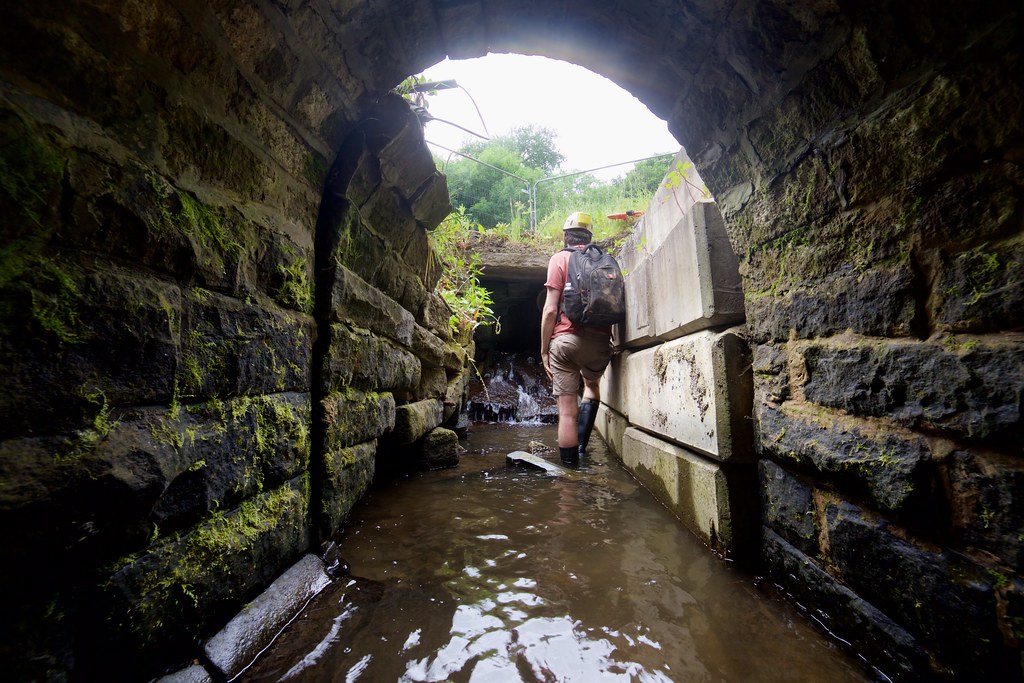 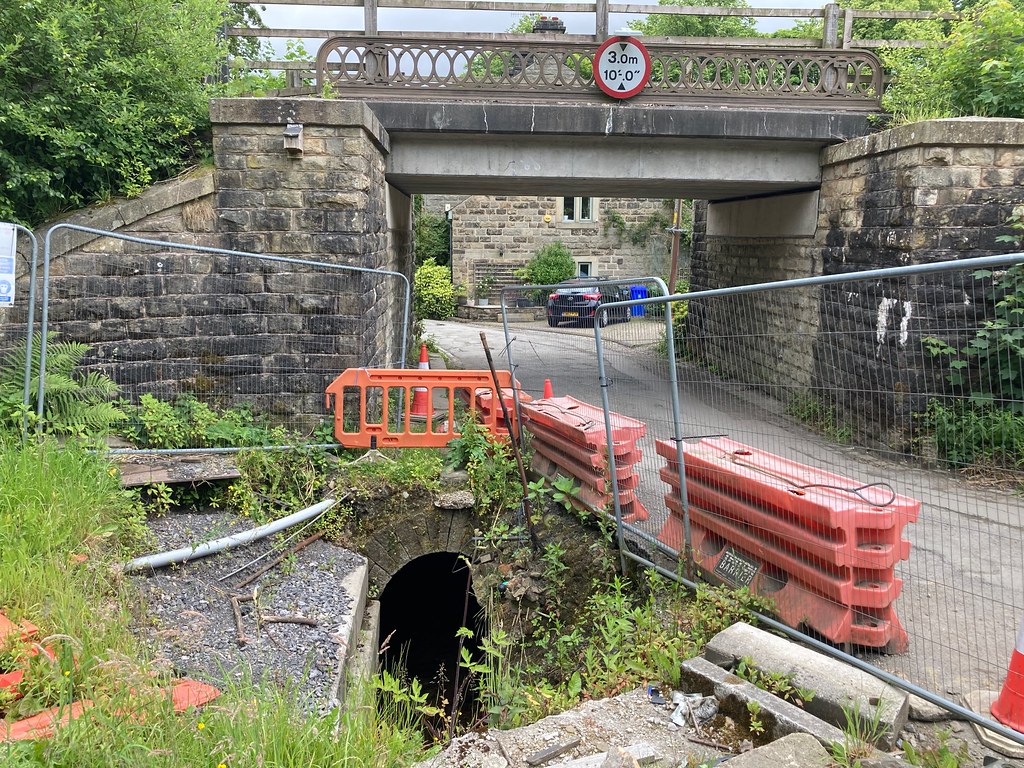 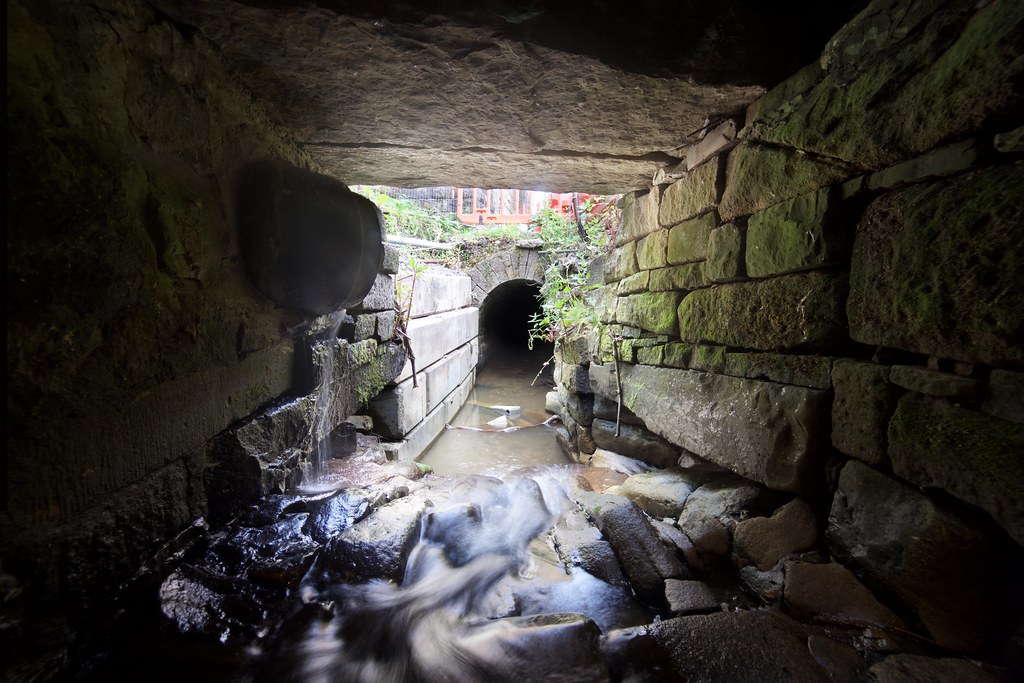 The low upstream section gave my legs a workout, I dumped my camera bag when a pipe went overhead and just took my phone for photos. After ducking under the pipe and crabwalking across ankle breaking stone debris, it actually cleared a little. 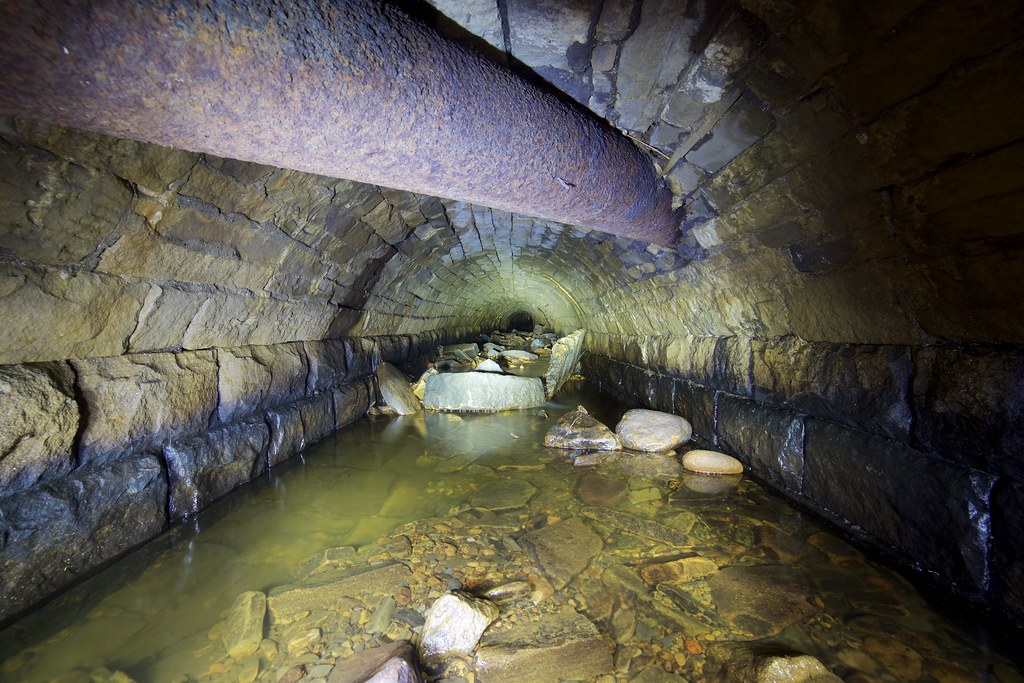 A small cascade took me up to the infall, which happened to be directly under a house. A confused hello from the owner doing the gardening prompted apologies and the start of the stoop back to the outfall. 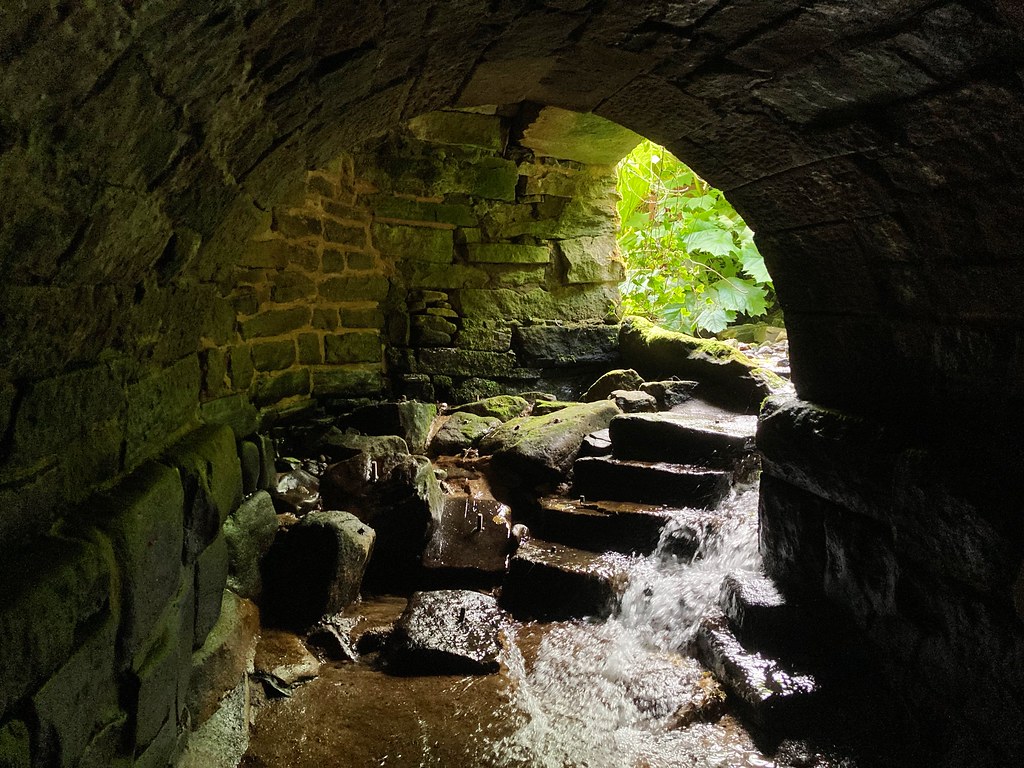 Along the culvert were a couple of repaired sections. Some work was done by CTP in 2018, a pretty gnarly photo can been seen on their site. There was another bit that looked pretty dodgy too, I wonder how long the nice old stone will be visible before they spraycrete the whole thing.