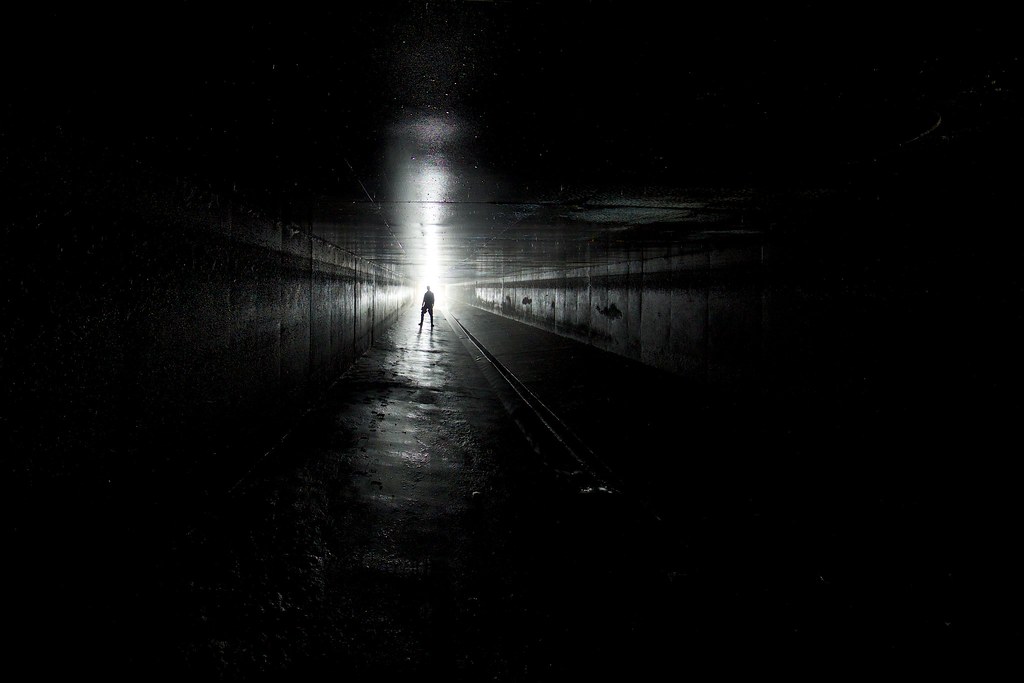 After traipsing through the undergrowth with Eotech we arrived at the spot. Blue disposable gloves and a big cheap torch lay strewn around the lid, evidently somebody else had recently been down. The coast was clear however and we descended into a penstock control/access room. 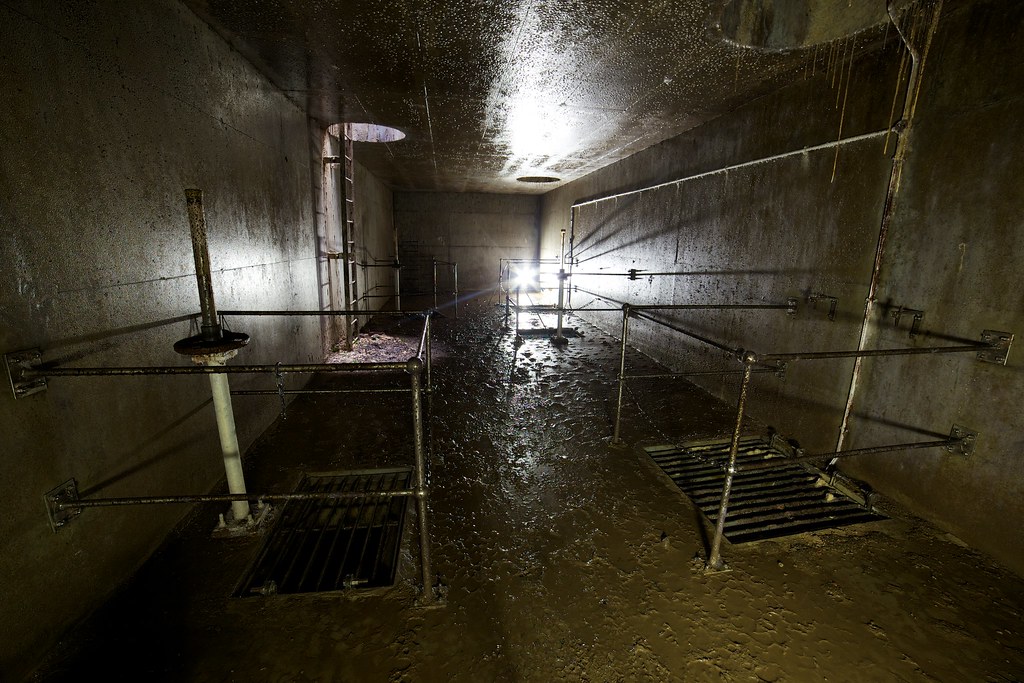 From there we had the choice of 2 ladders, each leading to identical tanks that ran parallel to each other for around 120m. Each was 3.5 x 6m which gave a combined capacity of around 5000m³. 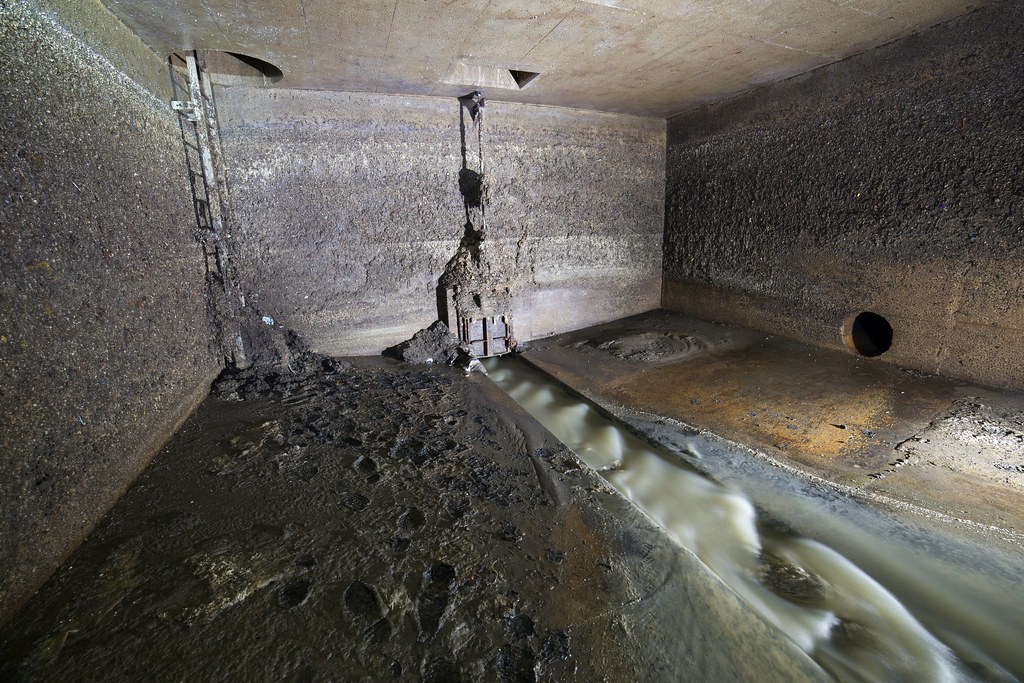 We entered at the downstream end where solids tend to accumulate as the tanks drain after filling up, the walk to the other end was completely uneventful bar a frog hoping about. 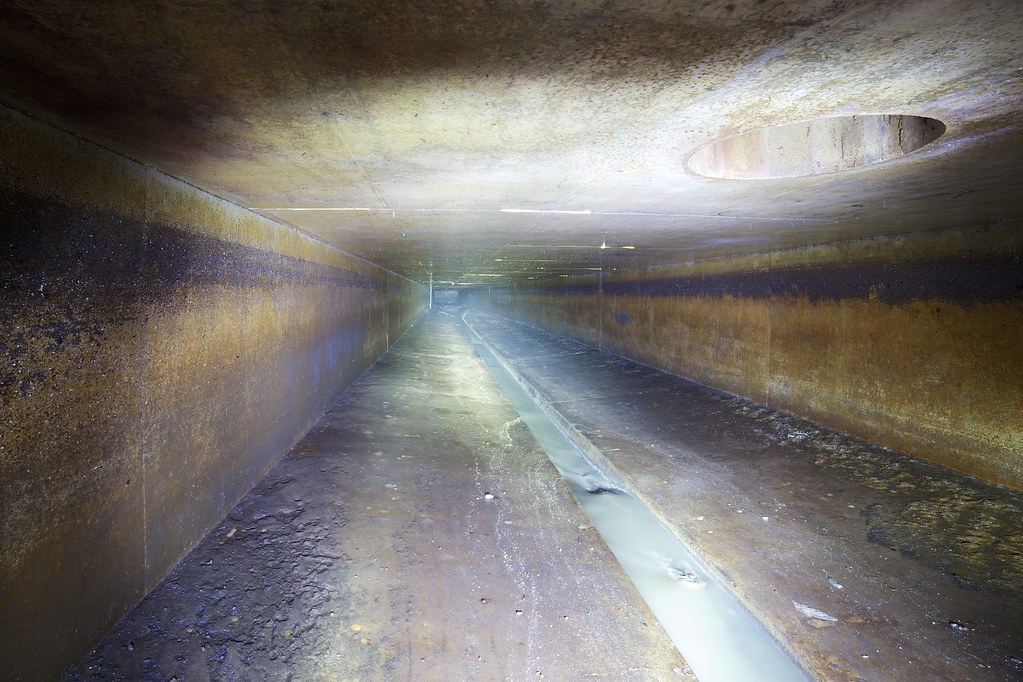 I returned to the site several years on with TheVicar and we had a look at the CSO itself.

A shaft in between the tank and overflow chamber housed the junction where the sewer spit off into each tank, a couple of penstocks allowed either to be isolated. 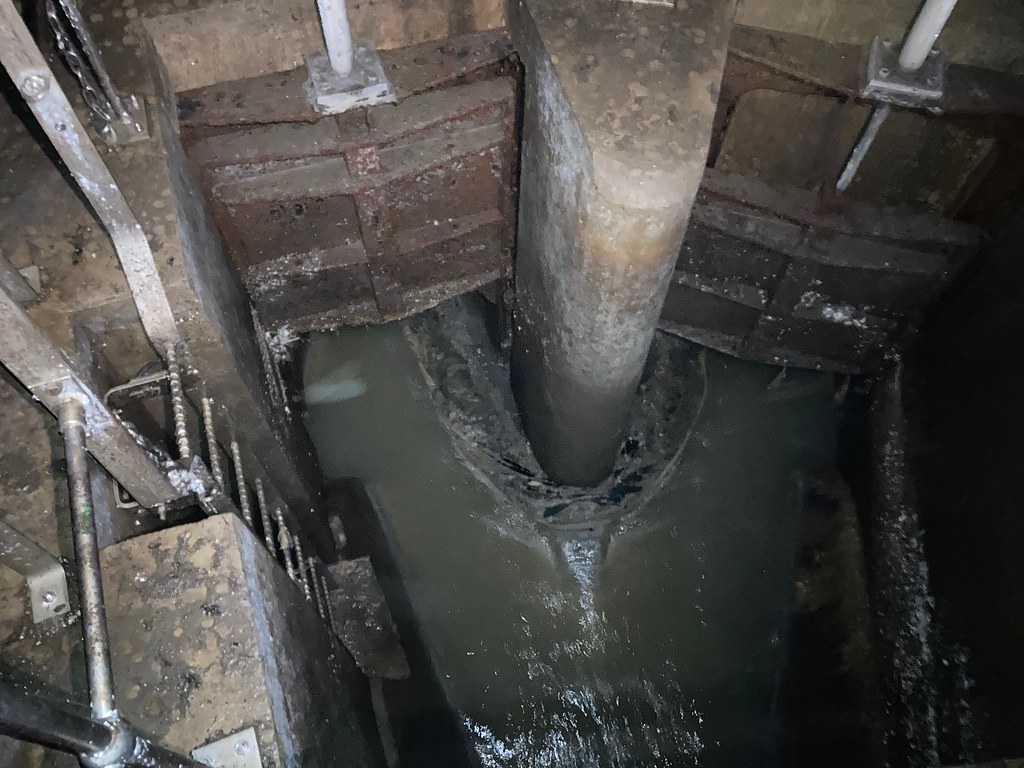 The chamber could just be seen upstream through the pipe although the crown dropped down making access that way rather unpleasent. Later, we found ourselves in the channel with two processors which seemed quite small for the size of the chamber. The incoming sewer was around 1.6m. 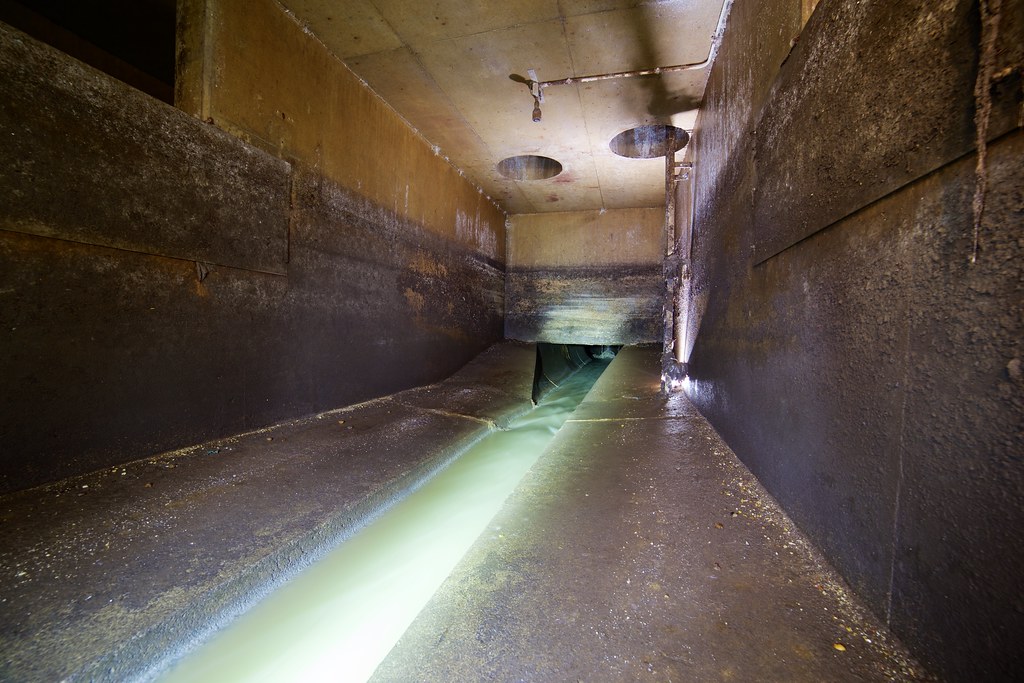 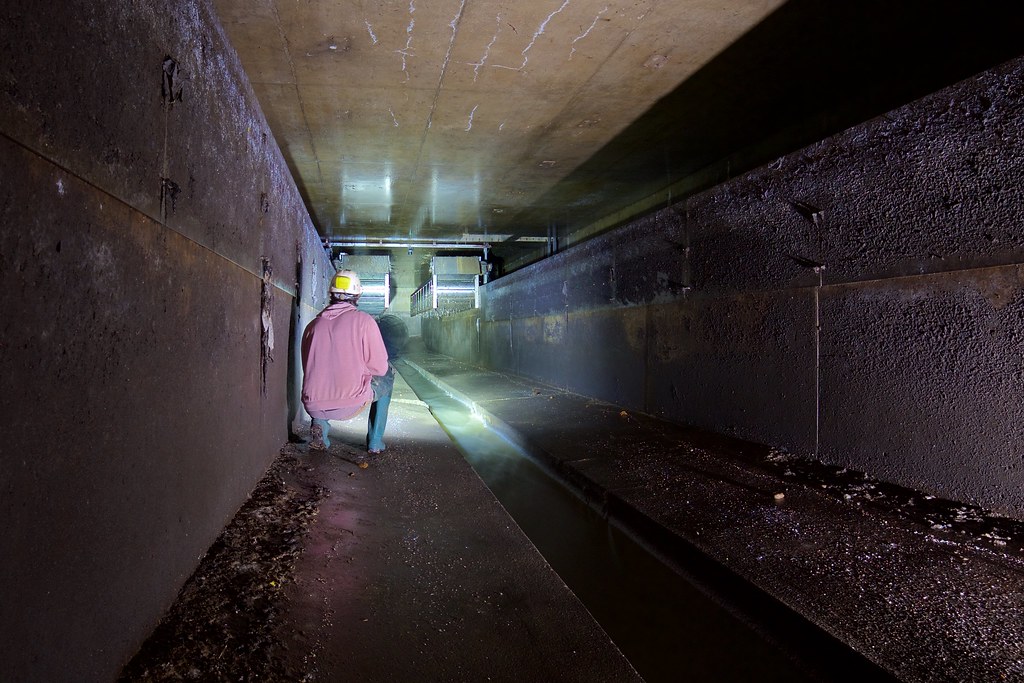 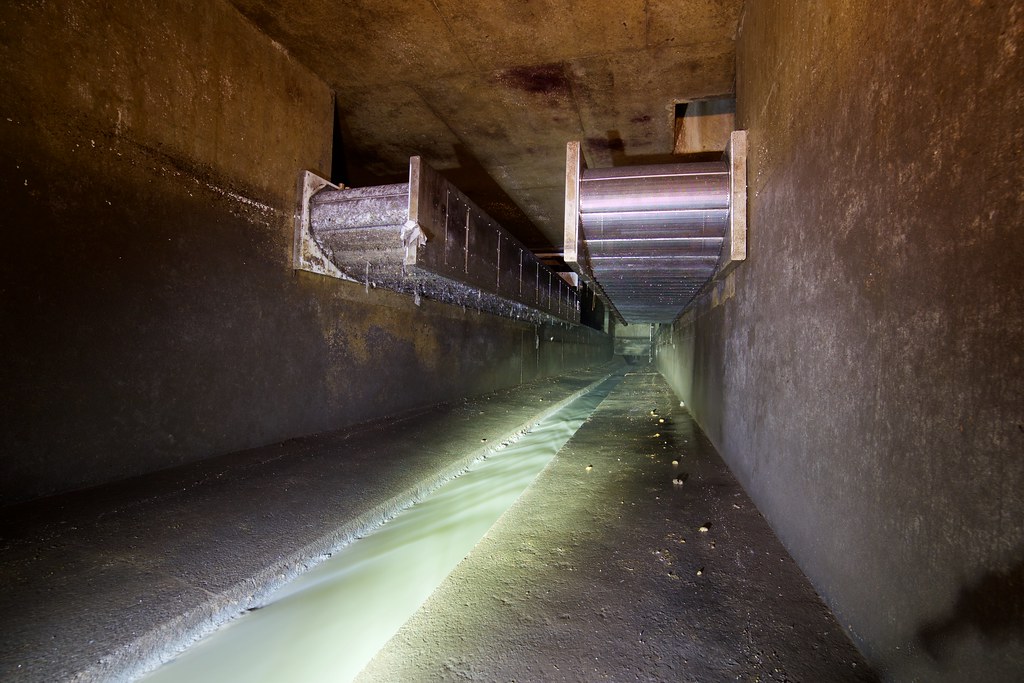 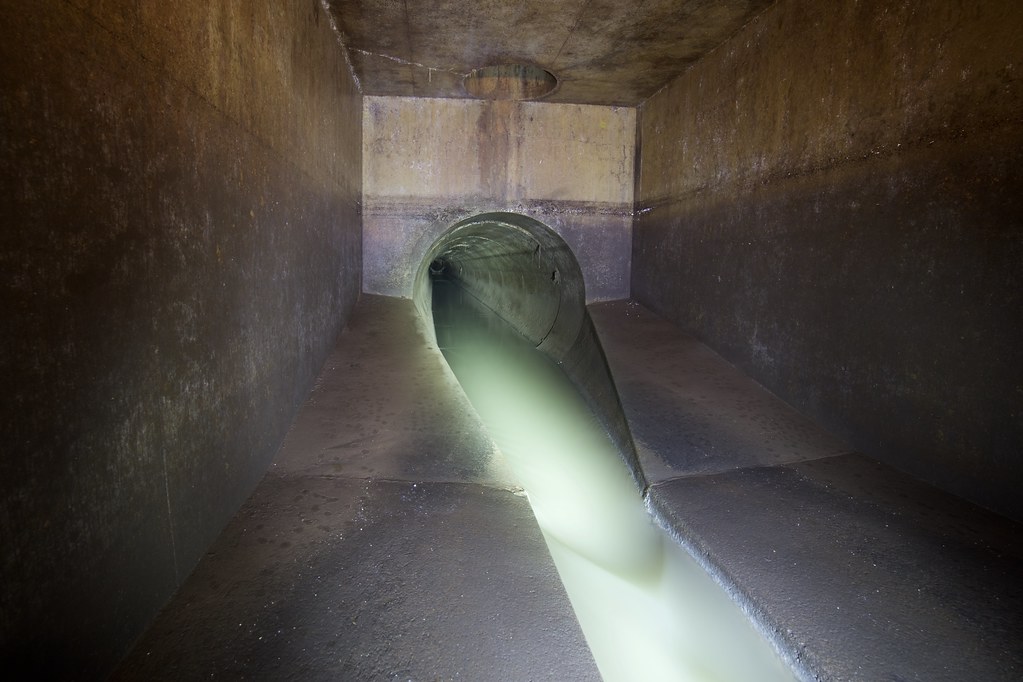 It was a little tricky to get to the other side of the wiers, once there the overflow channels lead to what had driven us here. 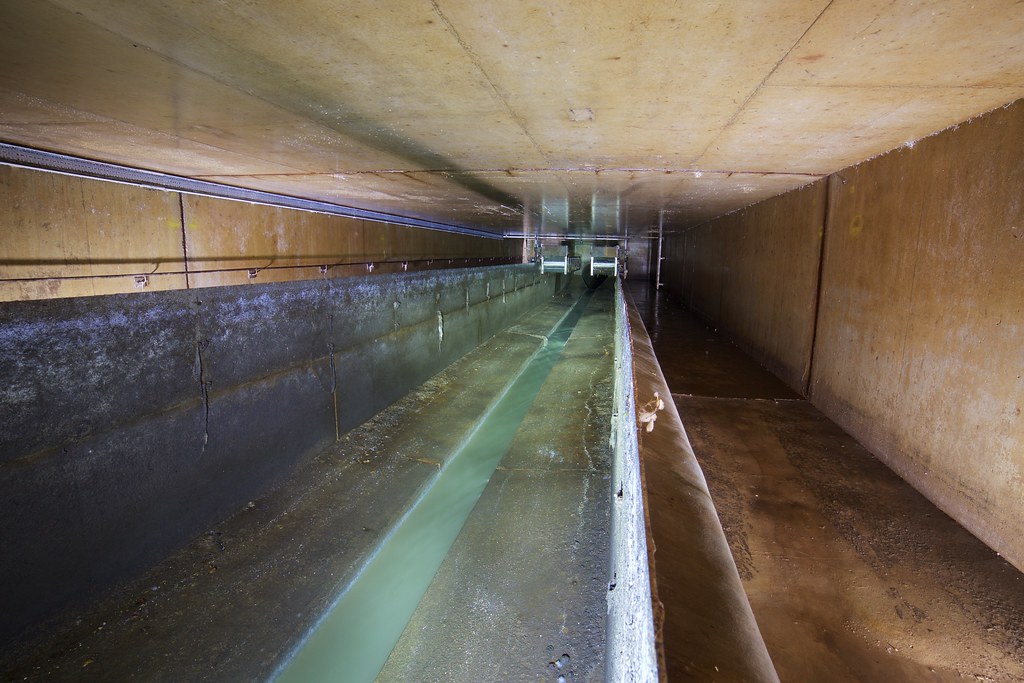 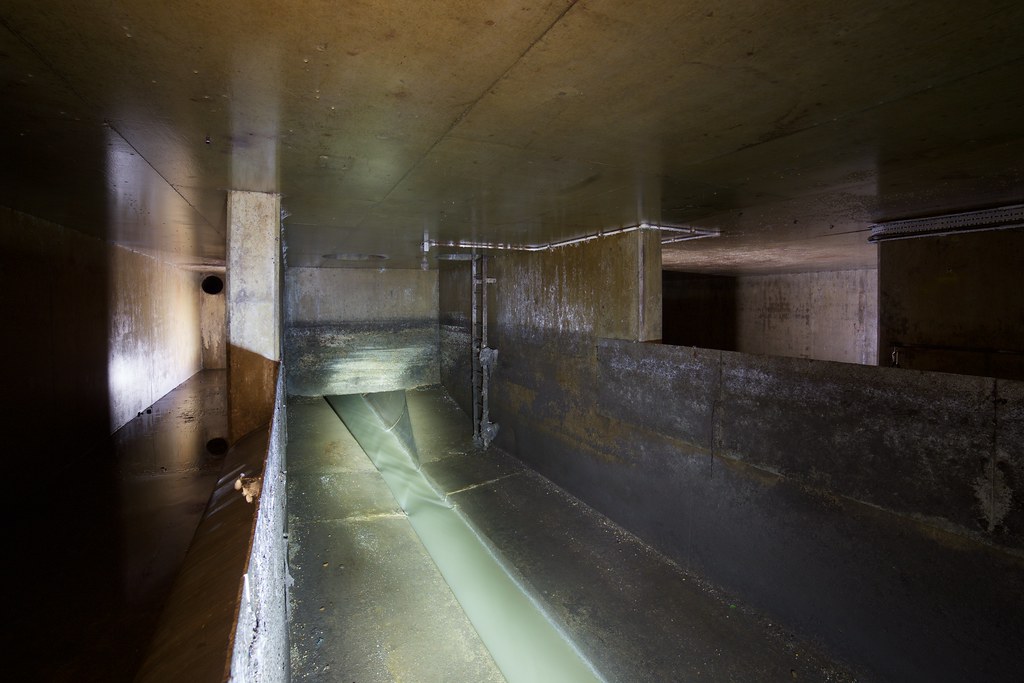 The stepped overflow as seen on JD's site many years ago. 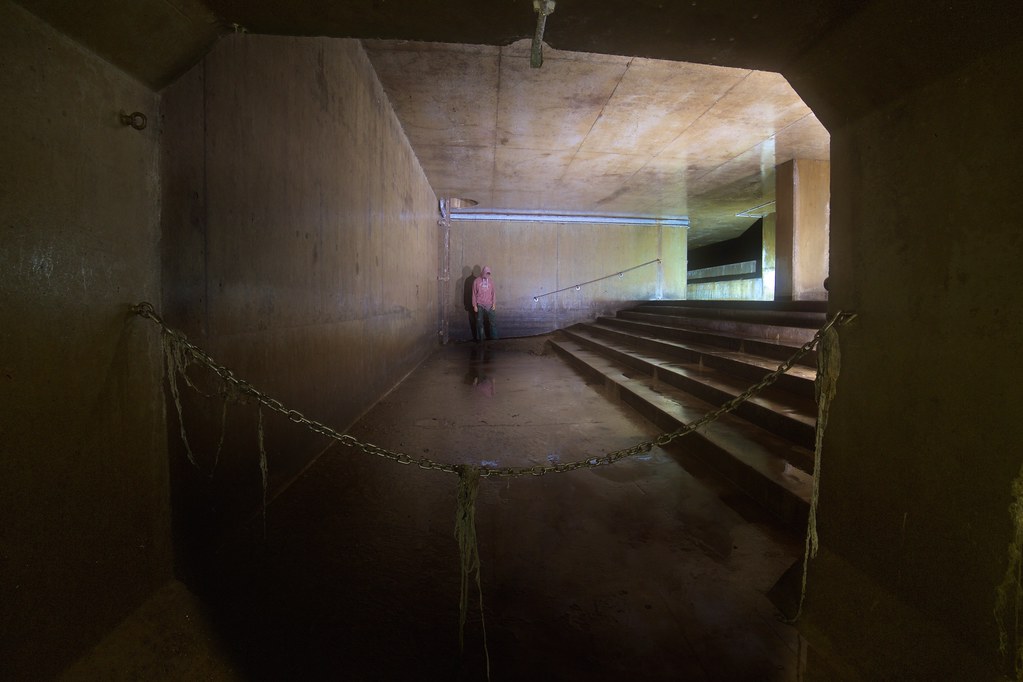 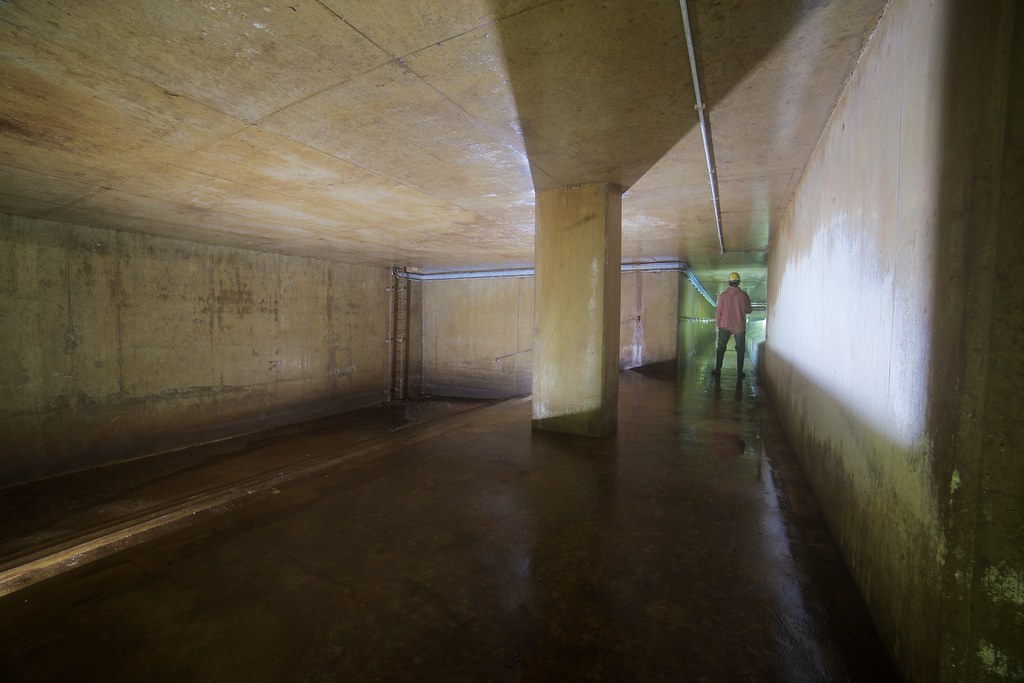 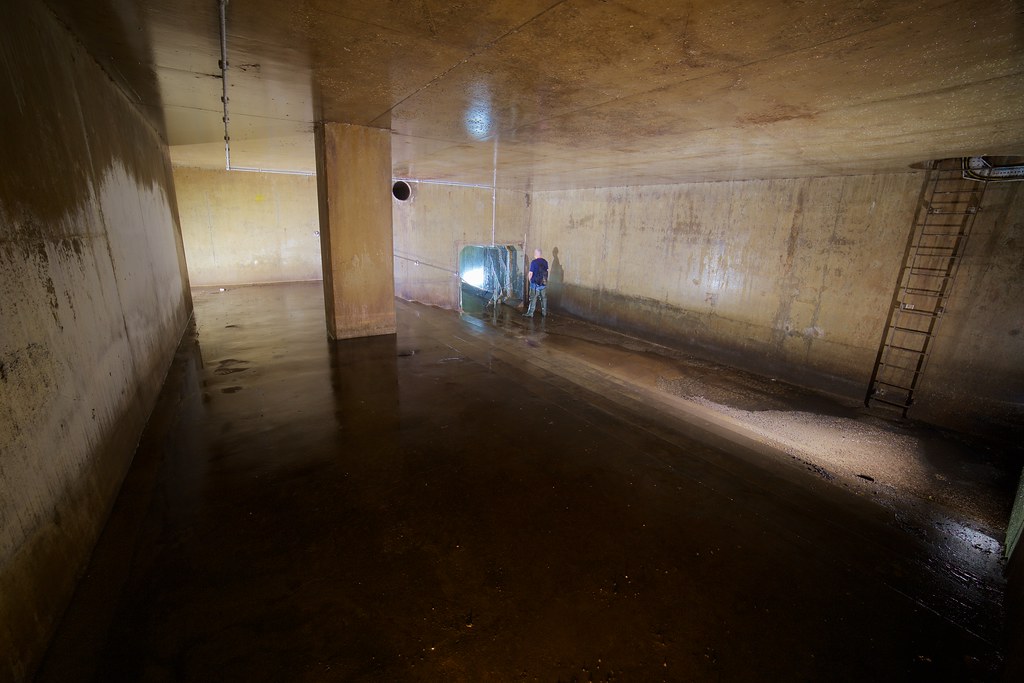 A small concrete box culvert lead off towards the River Bollin. TheVicar went down some way and reported it shrank down to two small box culverts before the outfall. 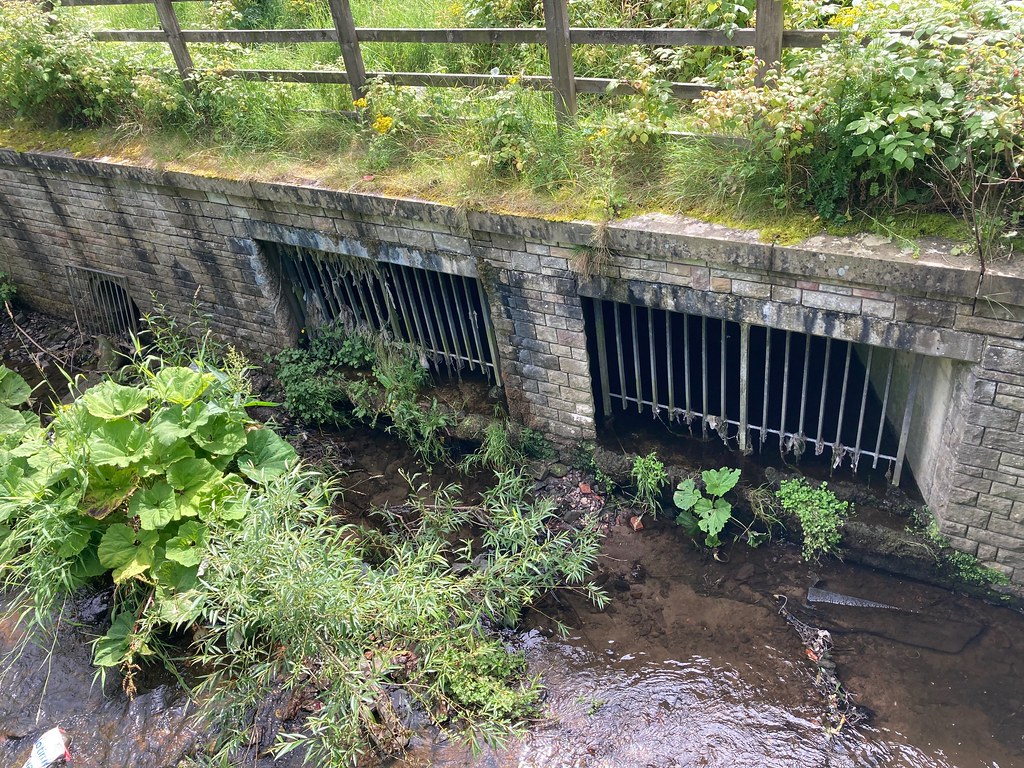