Captain Birdeye's Flo Selecta is a storm relief culvert for the Markeaton Brook in Derby. The original 1938 tunnel was partially lined in 2006 but maintained the brick crown, a couple of large grilled outfall chambers were also added. Little Mike and Yaz first unearthed this for the draining community back in 2009.

I was travelling home after a party and decided to go back via Derby. It was a busy day in the park as I slipped in attracting only the attention of the local swans. For some reason I was determined to walk the 2.1km to the outfall, there I saw the numerous fish that lend to the culverts name. By the time I'd taken a couple of shots and started walking back the hangover had caught up with me and made the walk back seem very long. As such the photos aren't my best work. 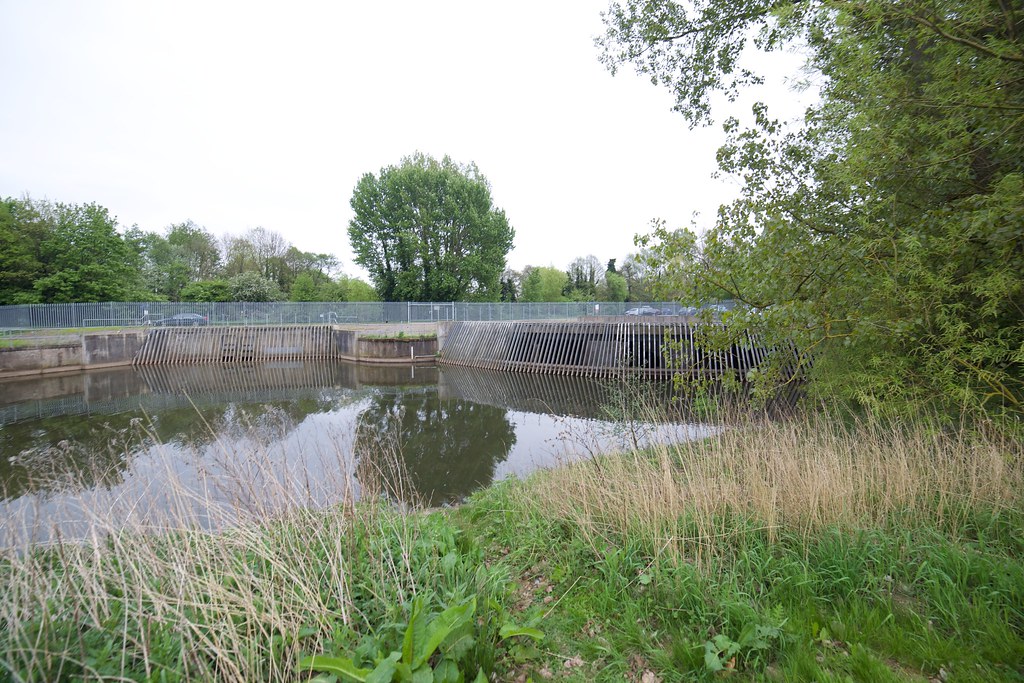 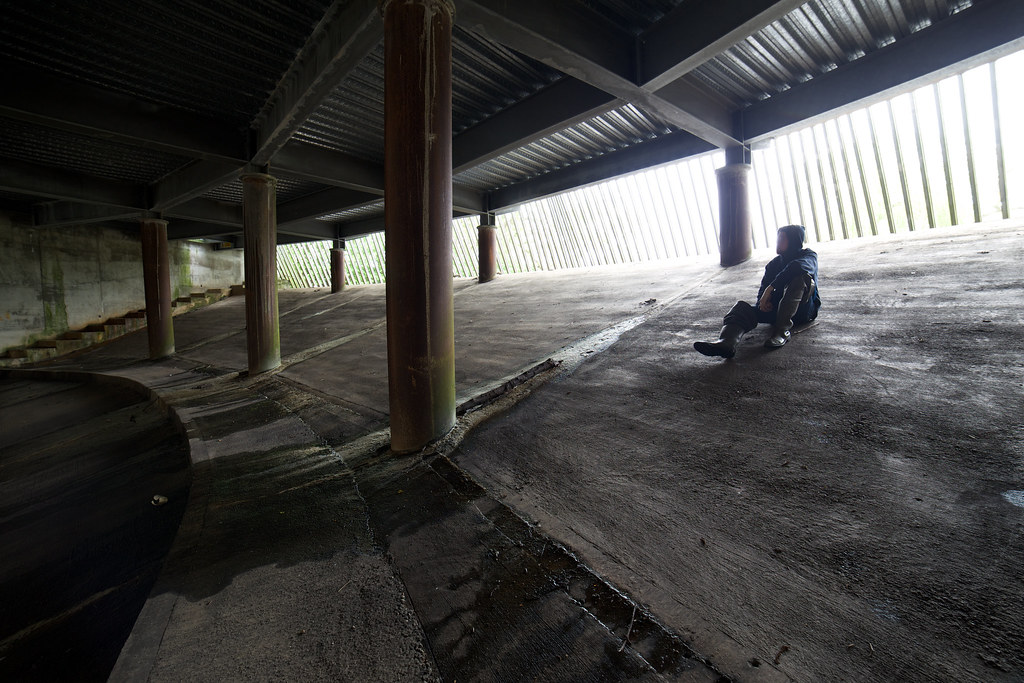 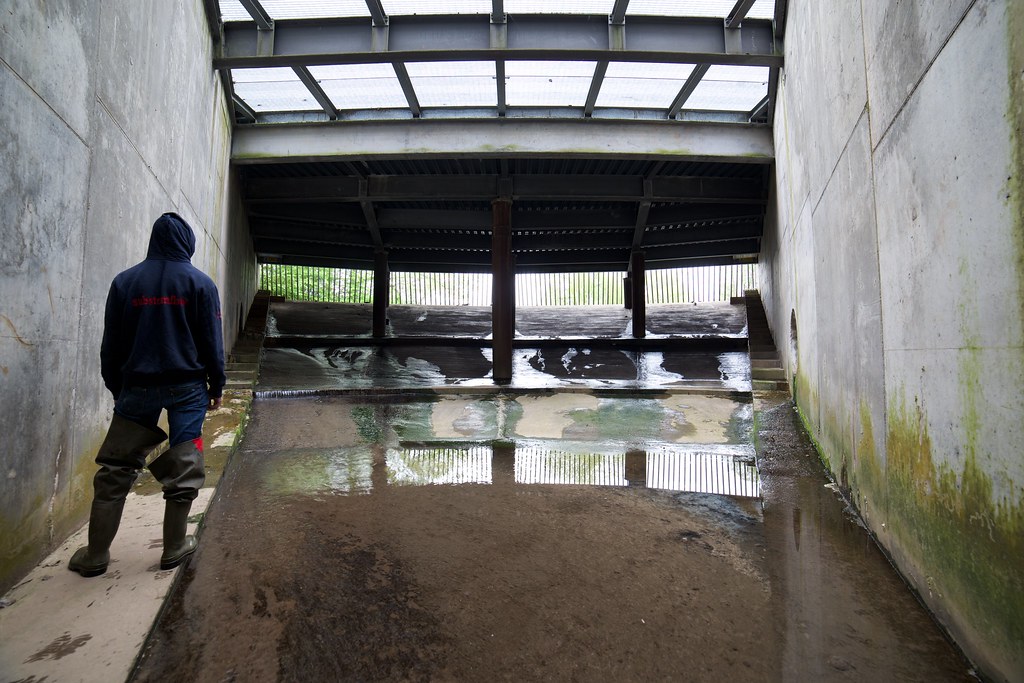 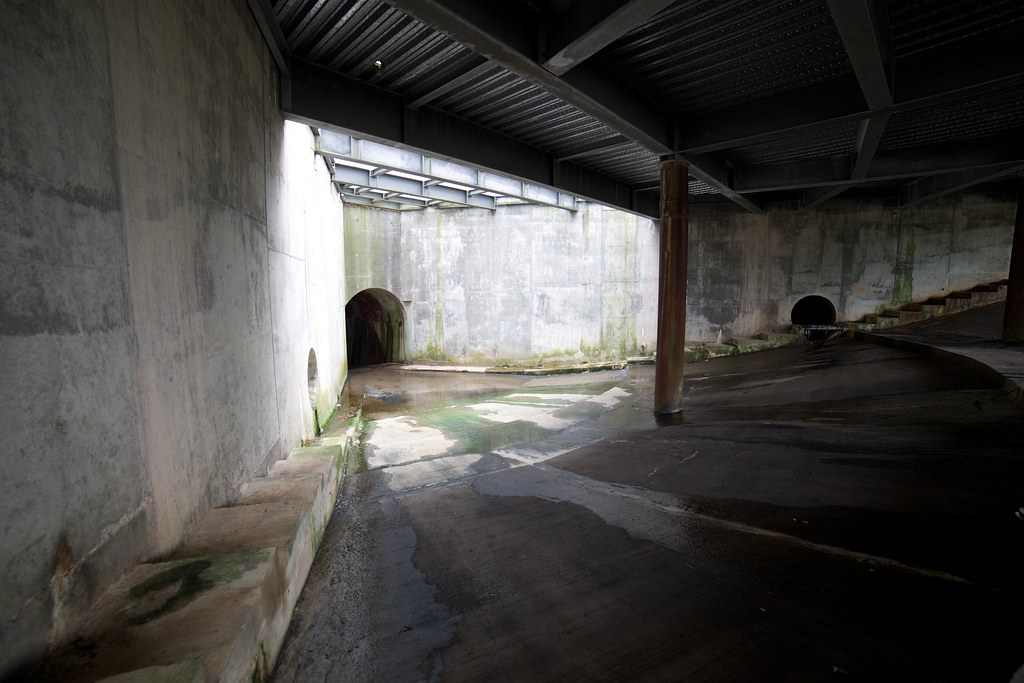 It was late afternoon when I came to the split junction from the infall chambers and the sun was coming right down the pipes. 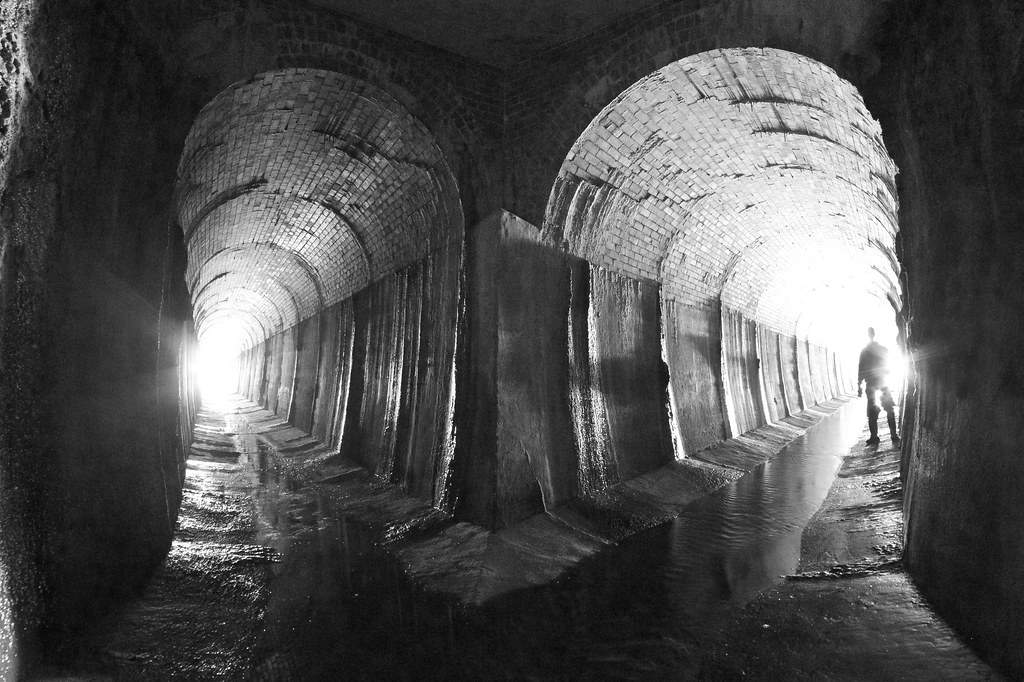 The other infall chamber was smaller and had little flow compared to the first. 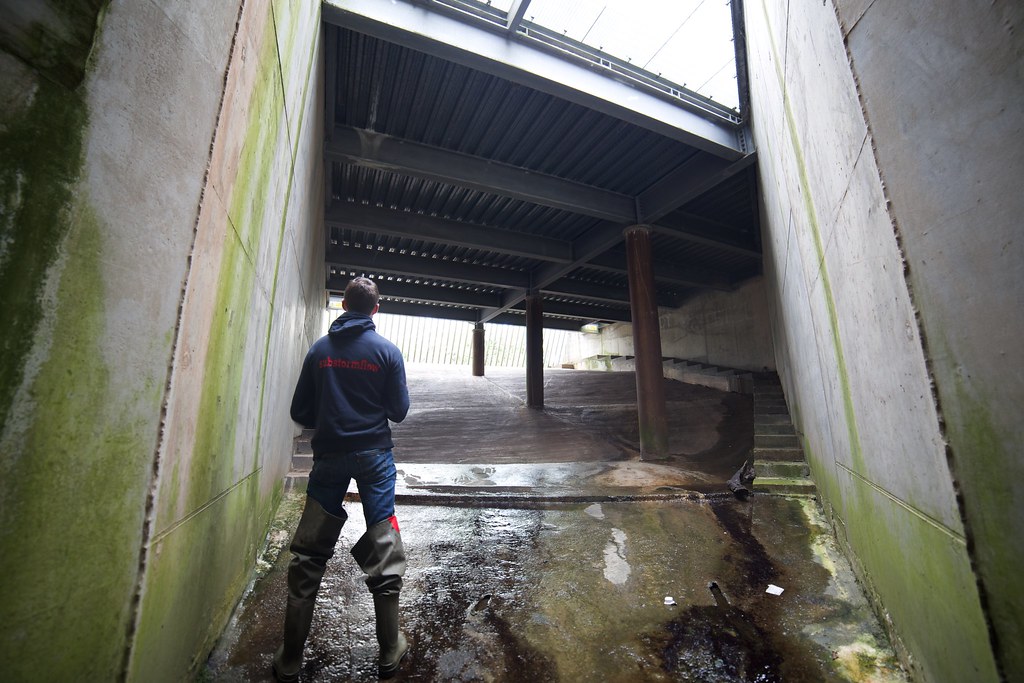 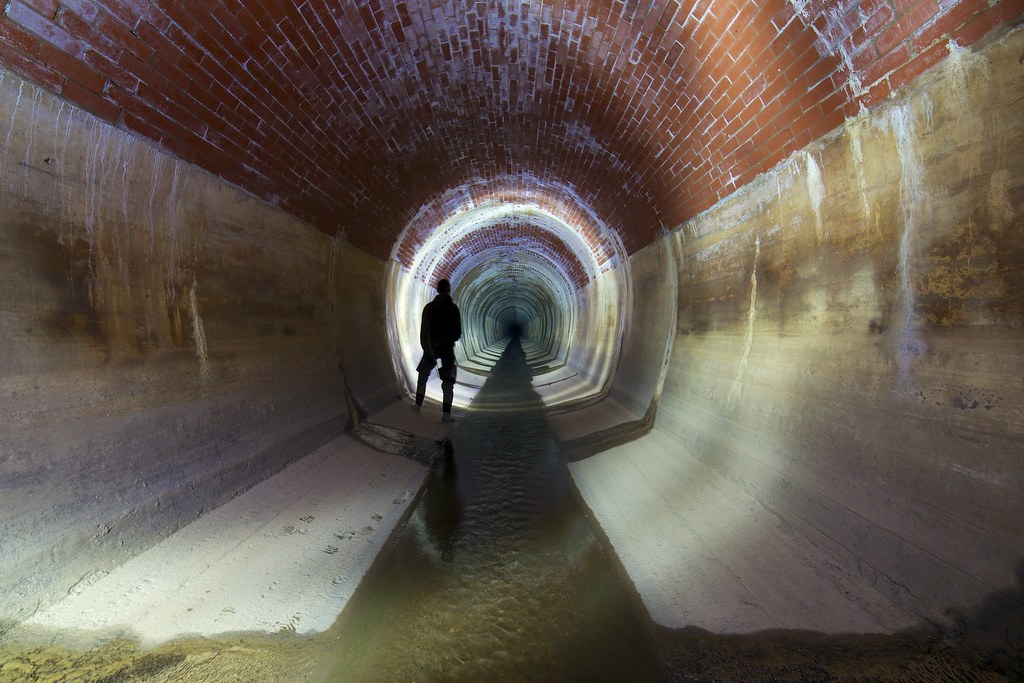 There were around 3 turns in the otherwise straight tunnel, at a couple were shafts rising to the surface. These had a series of steps to brake the water coming down from surface drains around 100ft above. 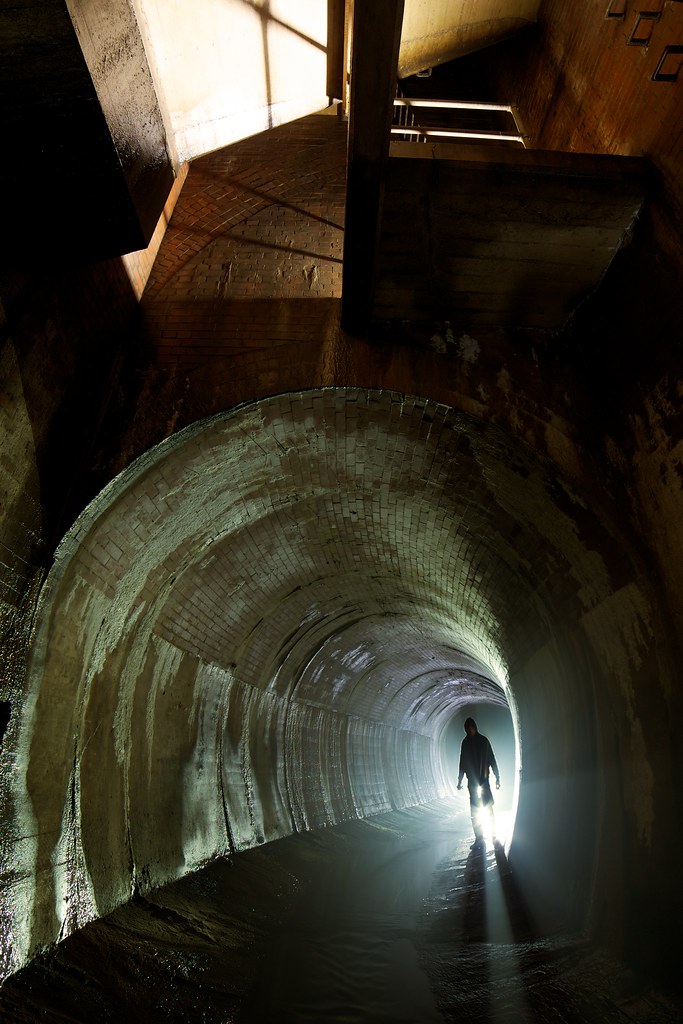 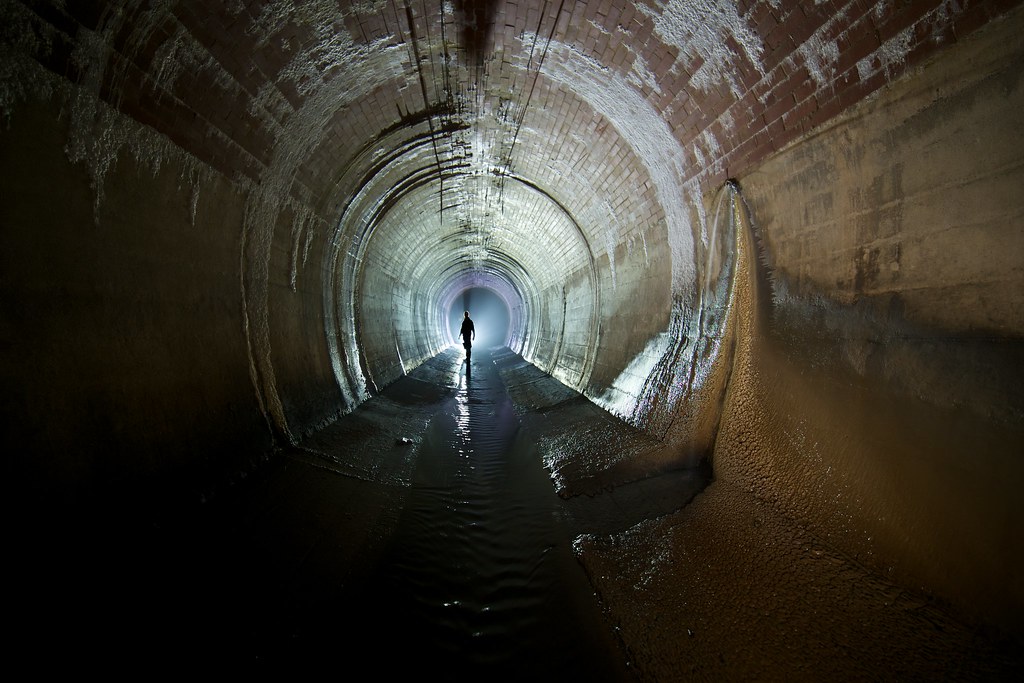 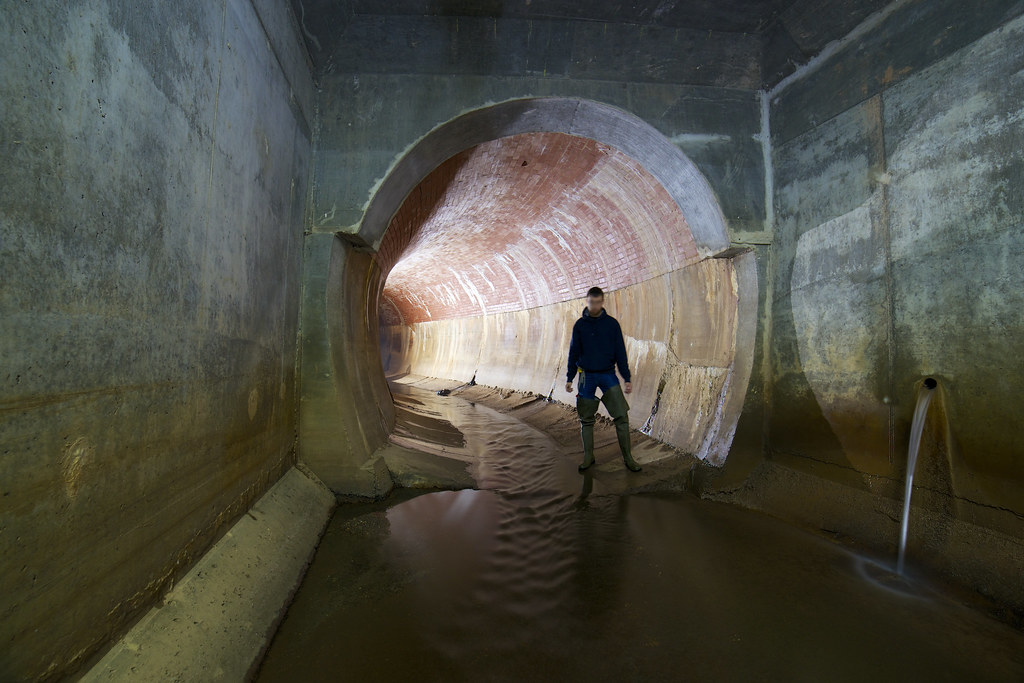 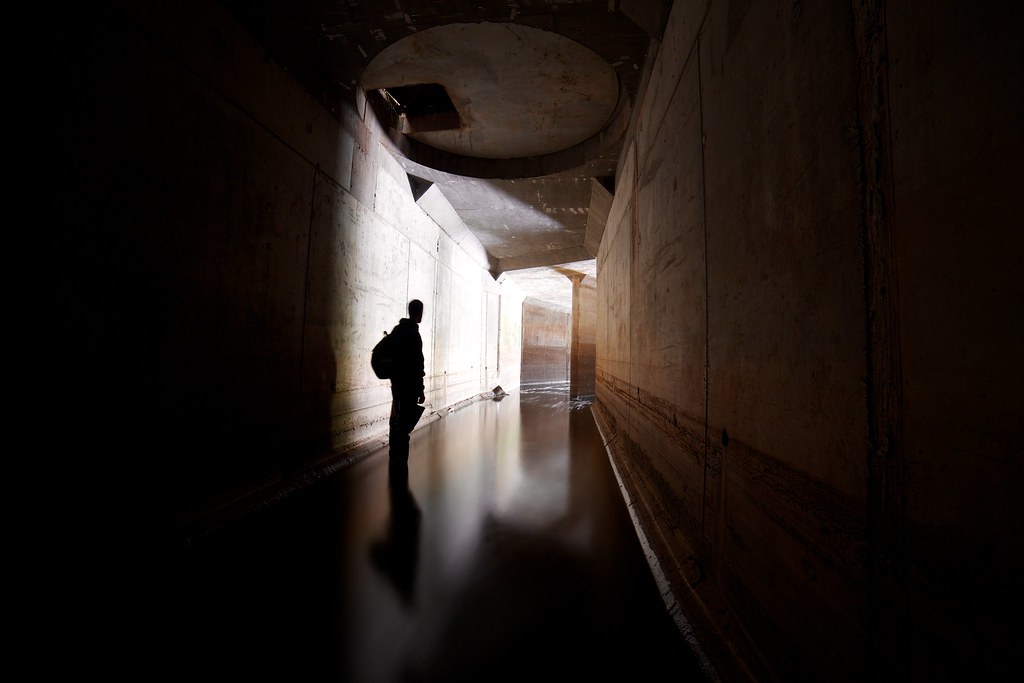 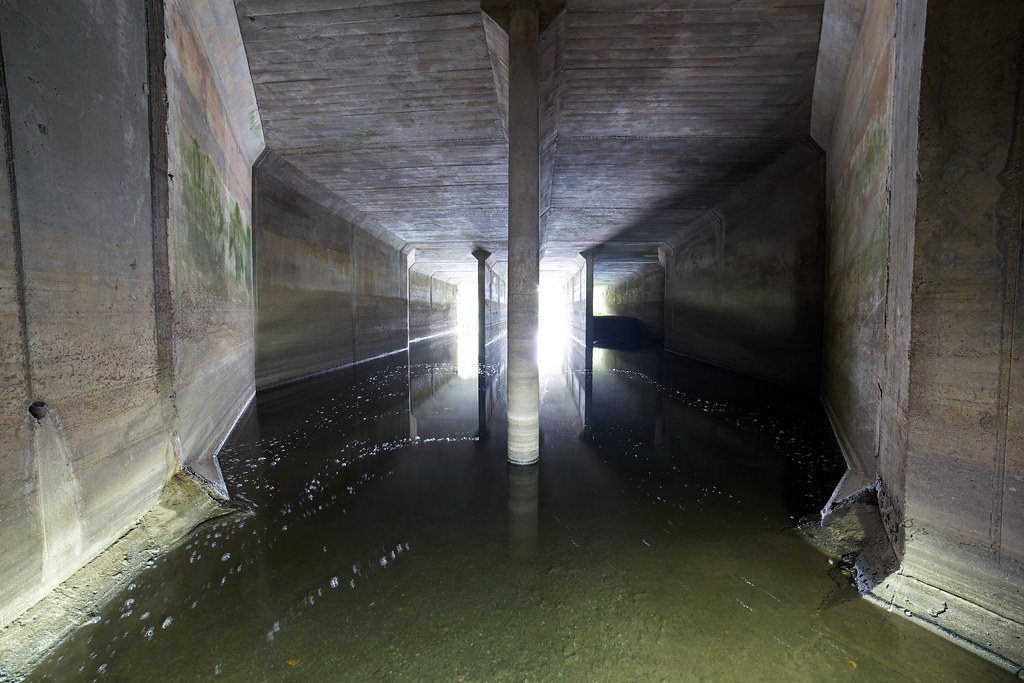