Found behind a large square grill on the River Blakewater sits a large storm drain, very similar to Bunker in Warrington. It's a concrete tunnel around 8ft tall with a sewer flowing in a pipe incorporated within the drain.

The only features along it's length are several shafts to the surface, they feature iron pipework to being in stormwater and flow to the sewer. Regular markings on the wall give the distances between shafts. It should have been easy to add up how many kilometers there were in total but It was the end of a long evening for myself & TunnelMon and I wasn't keeping count.

Upon reaching the end the pipe splits three ways. A dropshaft and shrinking pipe didn't offer much incentive to explore further but around a corner the third gave an unexpected surprise. A chamber with a large set of stairs and couple of landings marked the end of the walk. It was first discovered by Nckt and Littlemike a few years ago, I only recognised it after taking the same backlit shot as Nckt up the stairs. 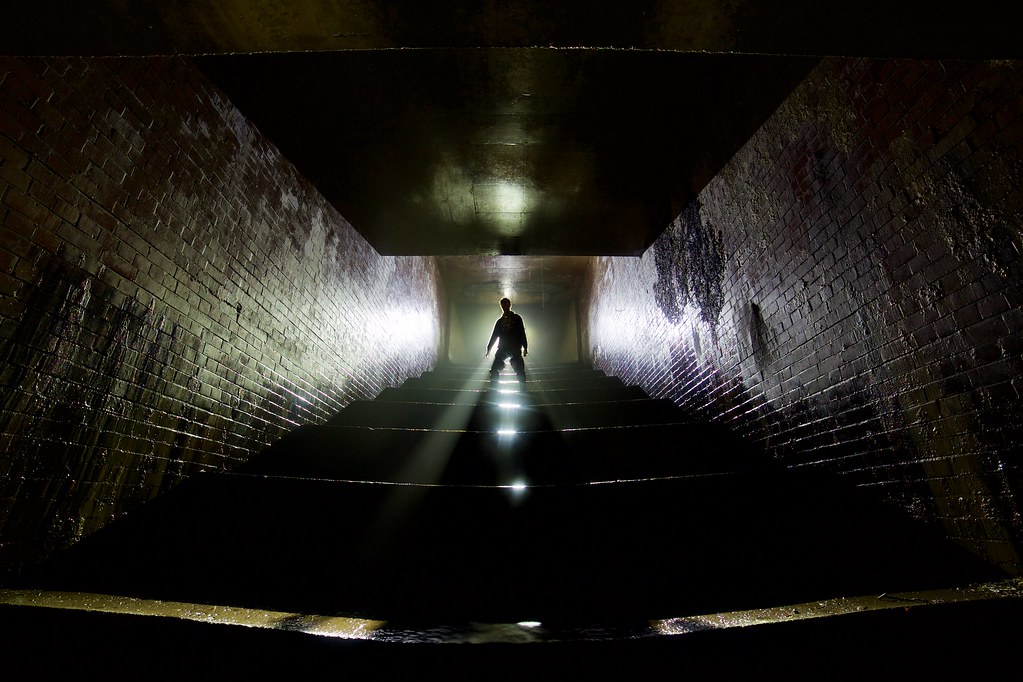 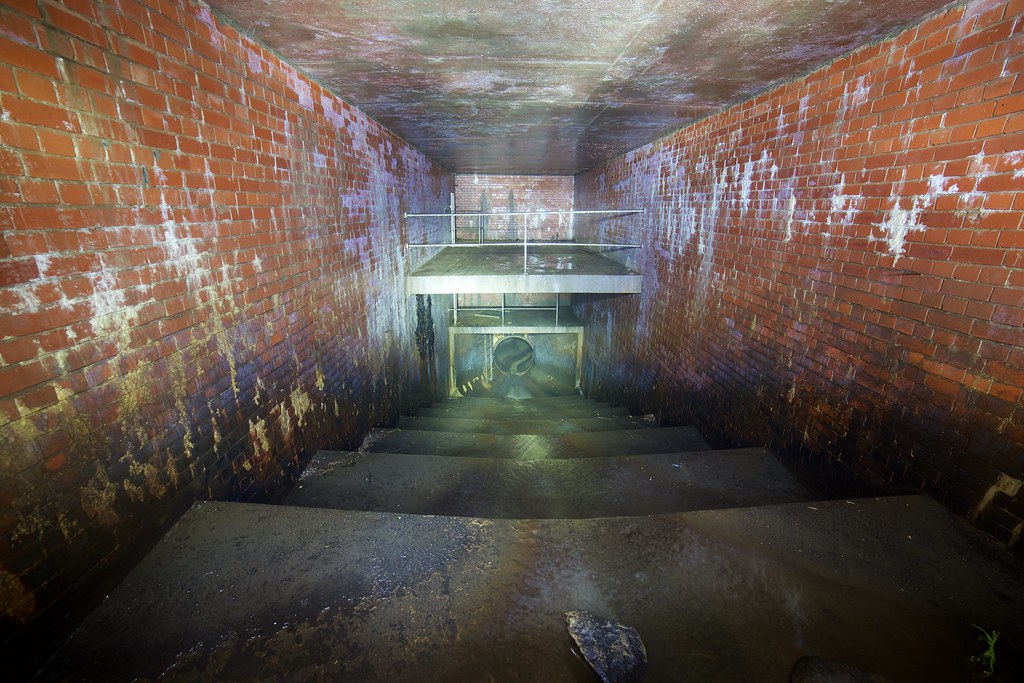 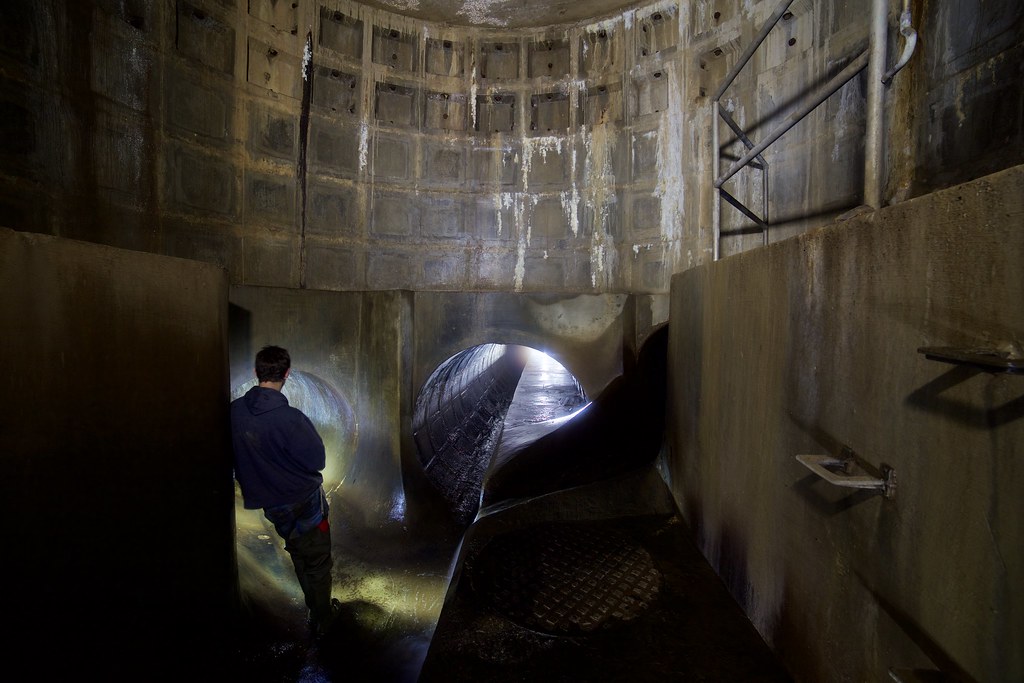 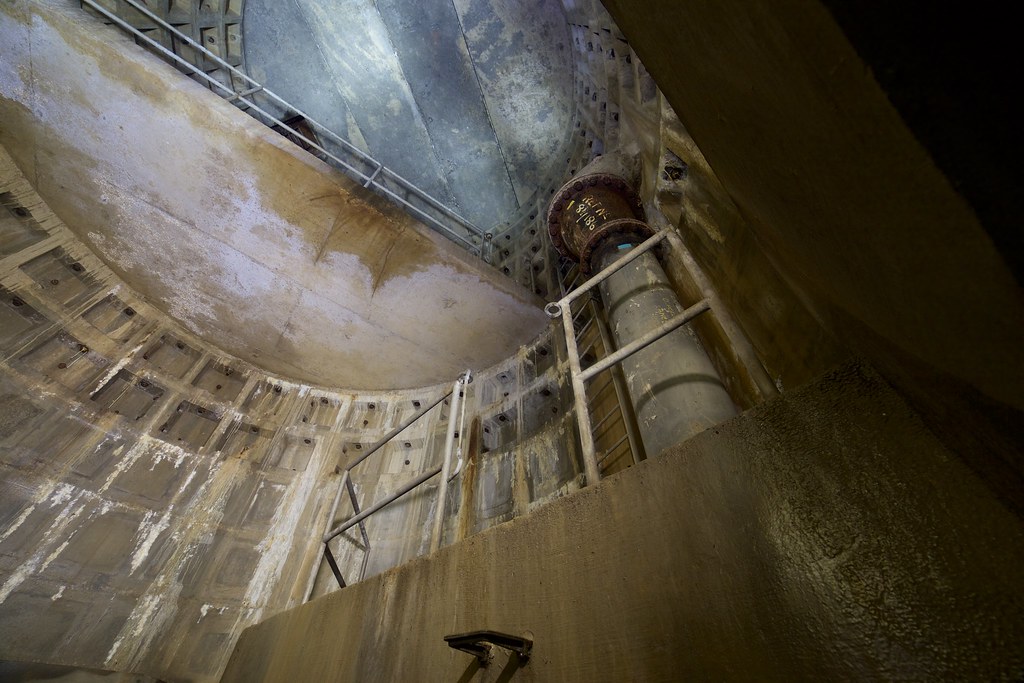 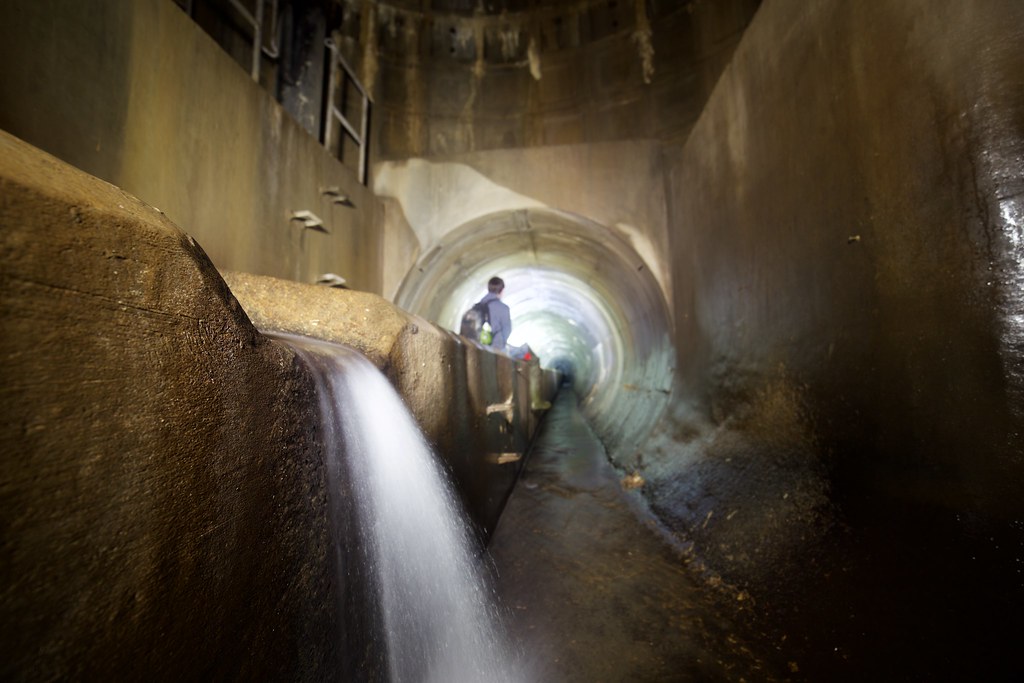 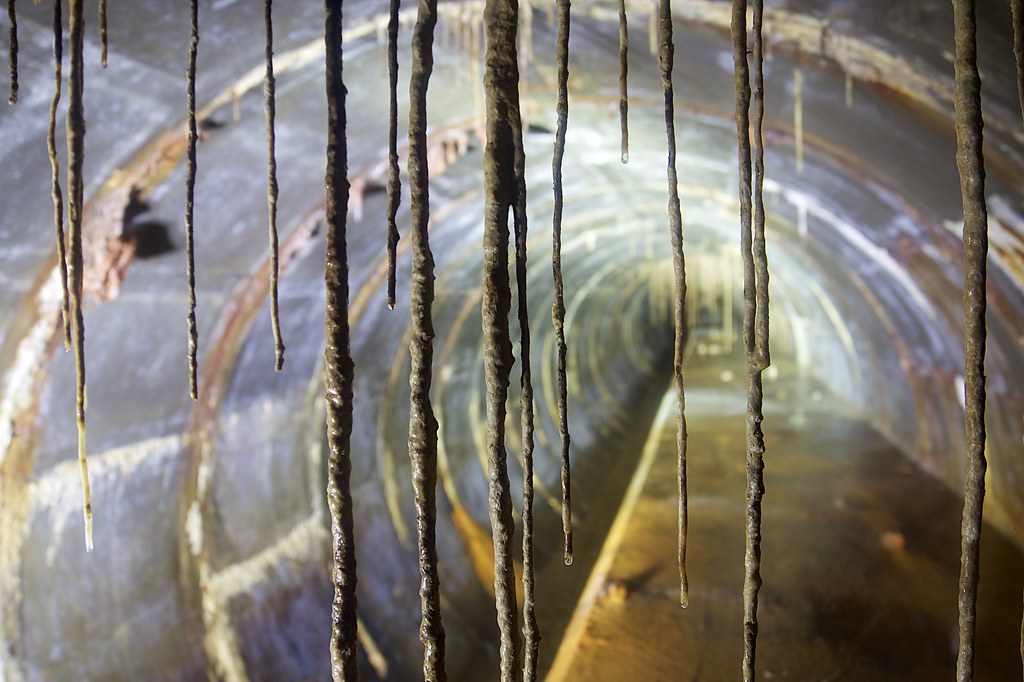