A rag laden grill conceals a large outfall flap on the bank of the Irwell just upstream from Manchester City Centre. Behind it a 6ft concrete pipe travels in a North Westerly direction under the streets of East Salford. 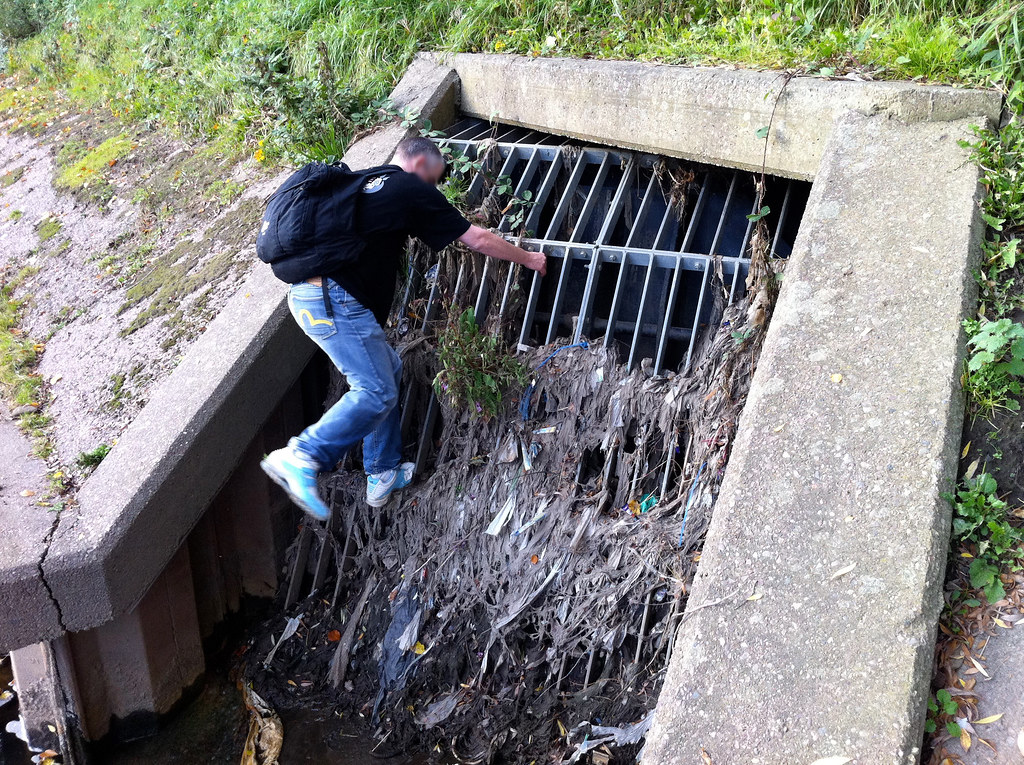 TheLoki and I dropped down a somewhat dodgy manhole shaft and we made our way upstream expecting terrible conditions. As it happened there was good air, clean sand and even a couple of fish.

There were a few side pipes, most too small to follow. The most promising was a flap behind which a brick egg lead off, unfortunately it changed to 3ft RCP shortly after. 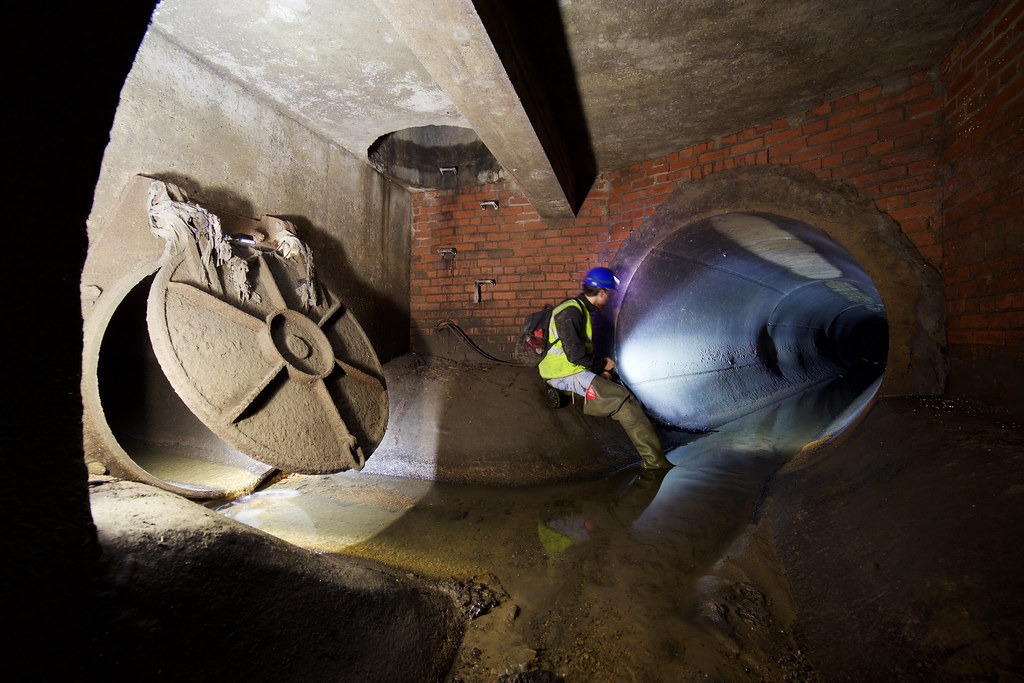 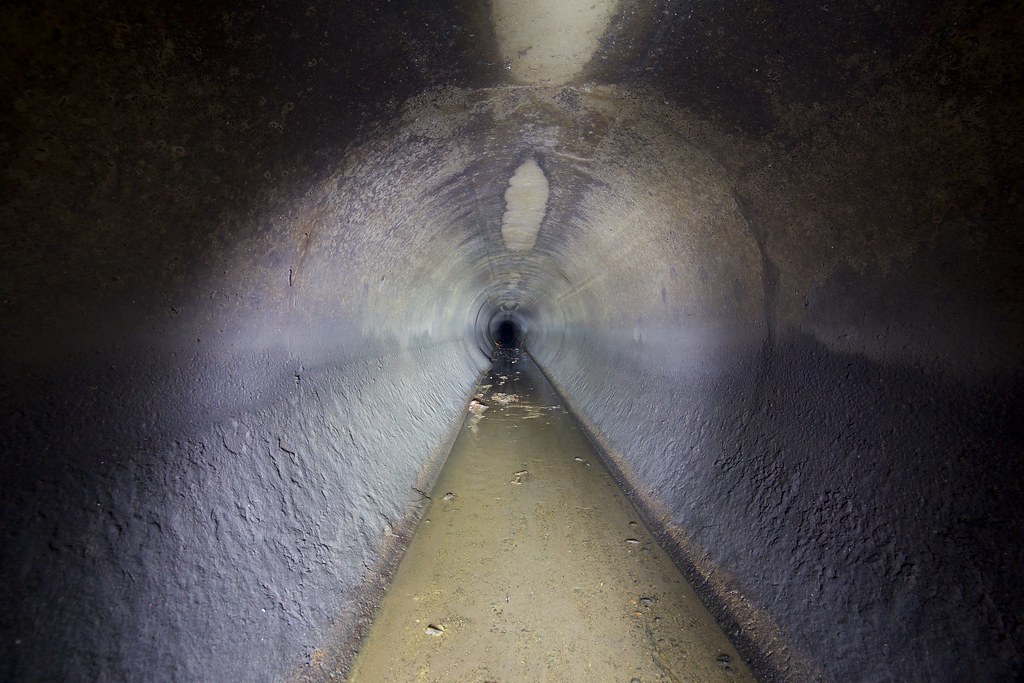 A new looking brick wall, not tied into the ceiling fully, appears to have blocked off another connection. 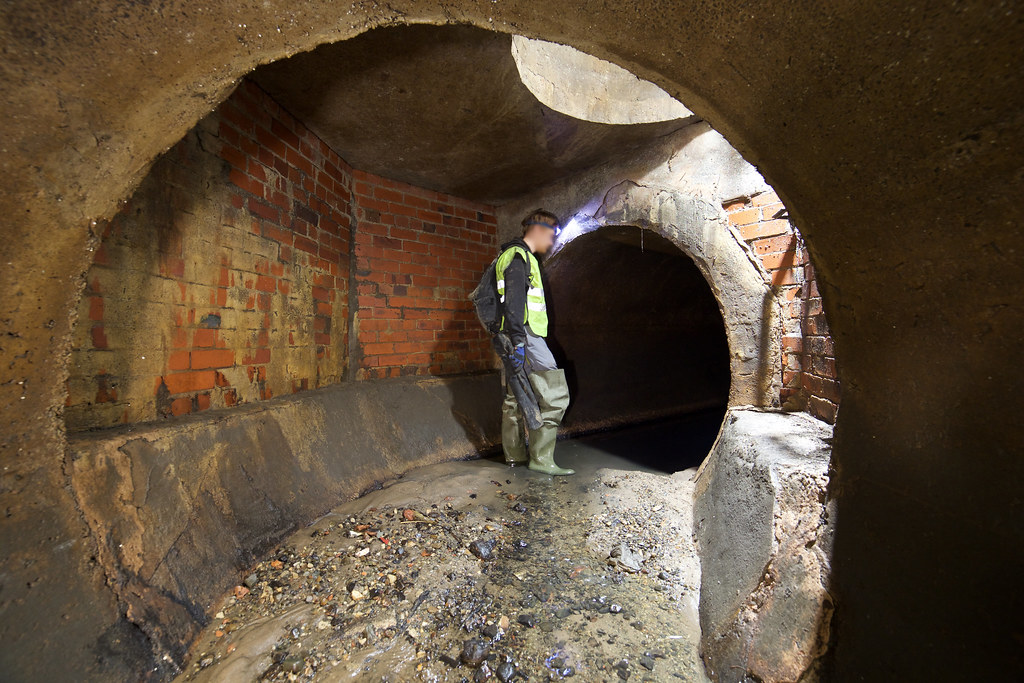 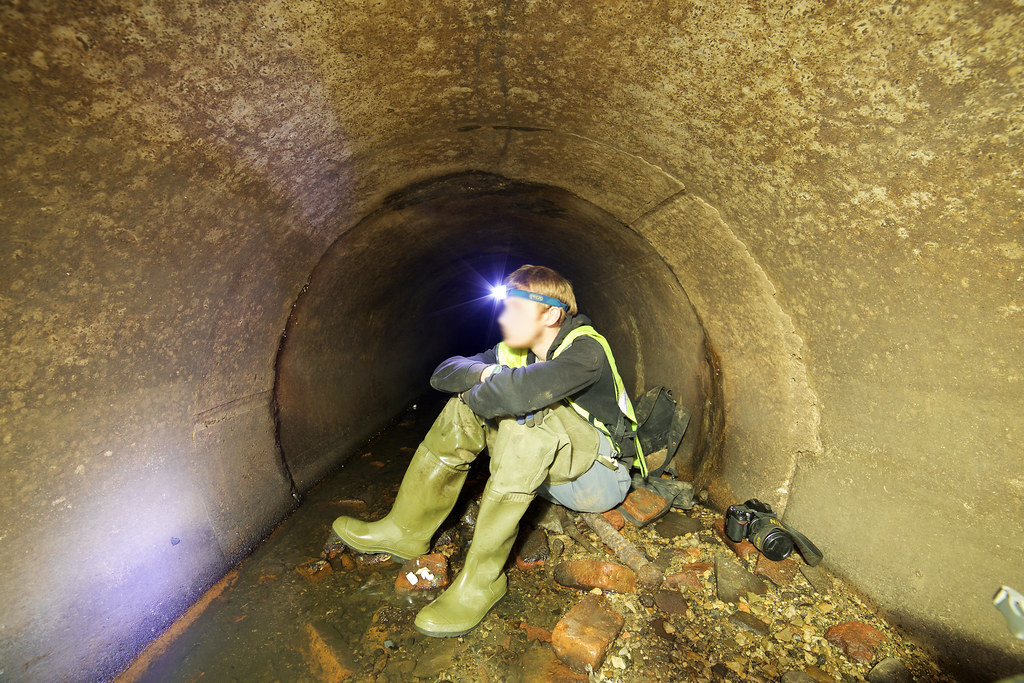 Around 450m upstream from the river the pipe shrank to a small brick pipe around 4ft tall. It showed no signs of getting any bigger after a few minutes of stooping so we called it a day. Another initially promising looking lead to cross off. 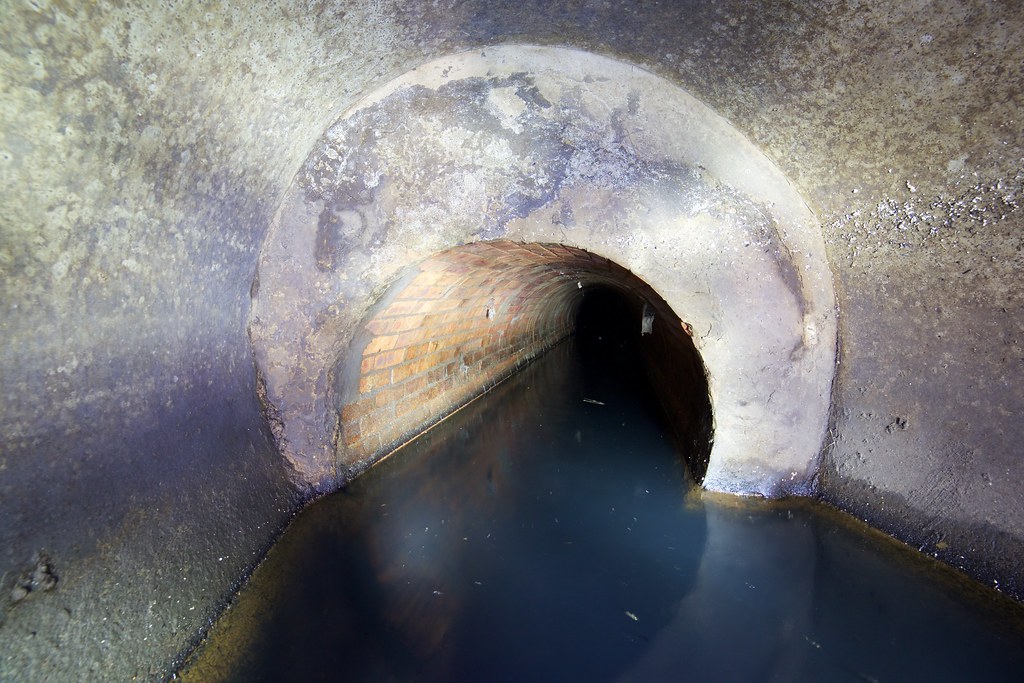