The River Holme flows through Holmfirth where the River Ribble joins it. The confluence is hidden away under Victoria St bridge and the Ribble dips in and out of culverts on it's way there. I was in the area with TunnelMon after seeing another drain so we went for a look. 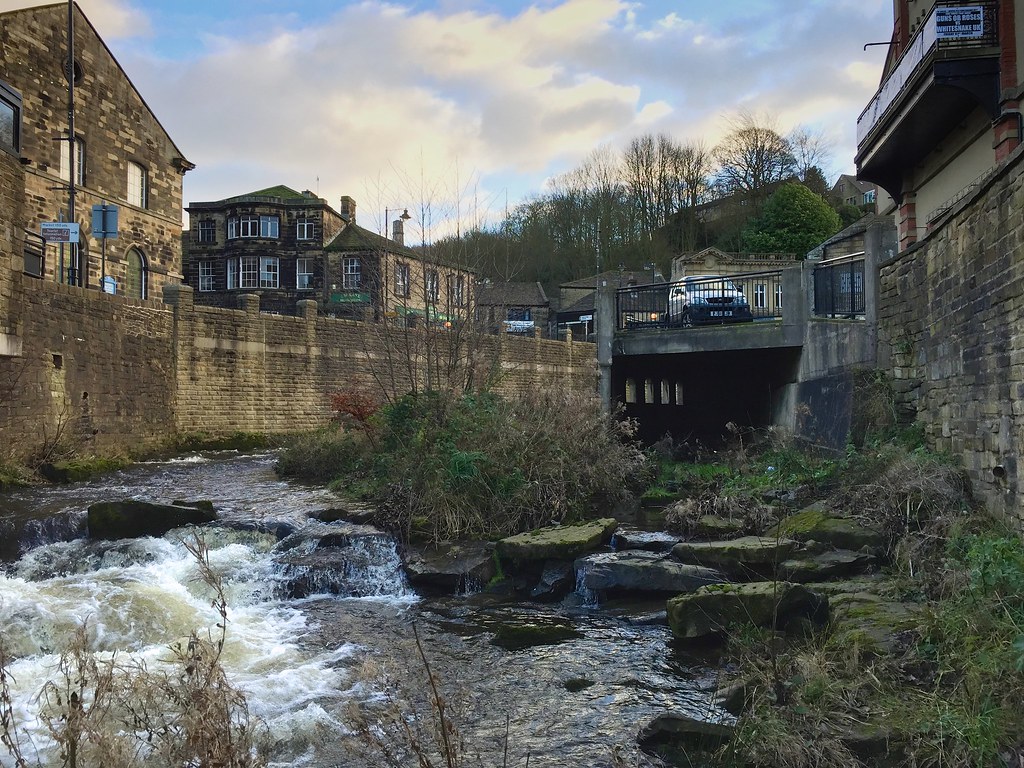 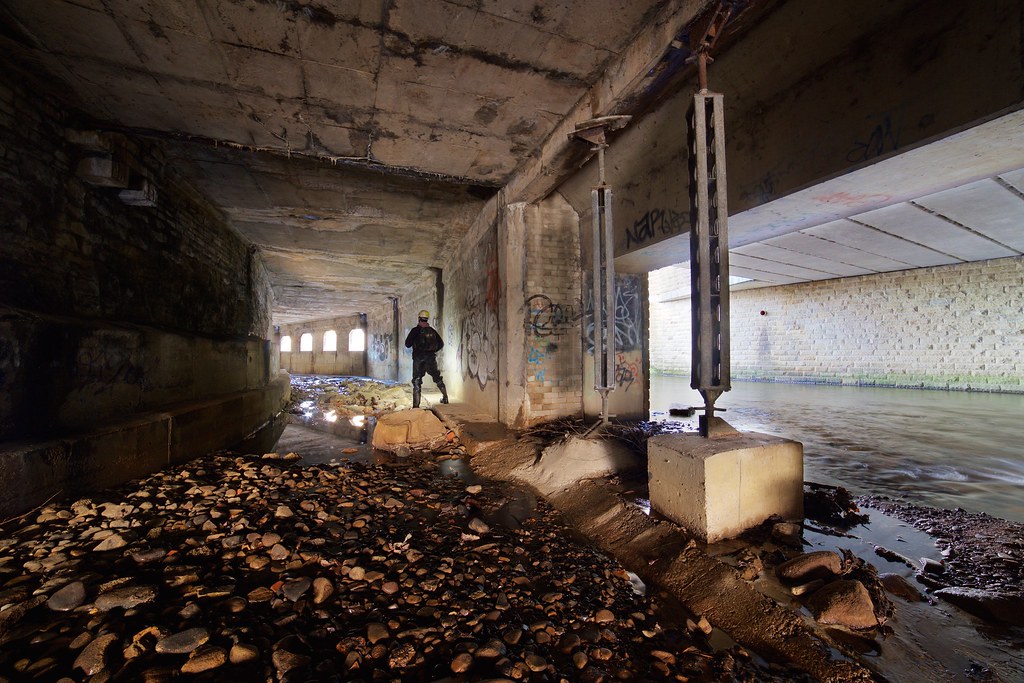 Looking on maps and street view I had vague hopes for what looked like a large outfall leading to some big culvert. Turns out it's nothing more than a covered flood channel with some arches that let in plenty of light. There was an odd little window the side of the old stone bridge which looked into some sort of meat processing room. 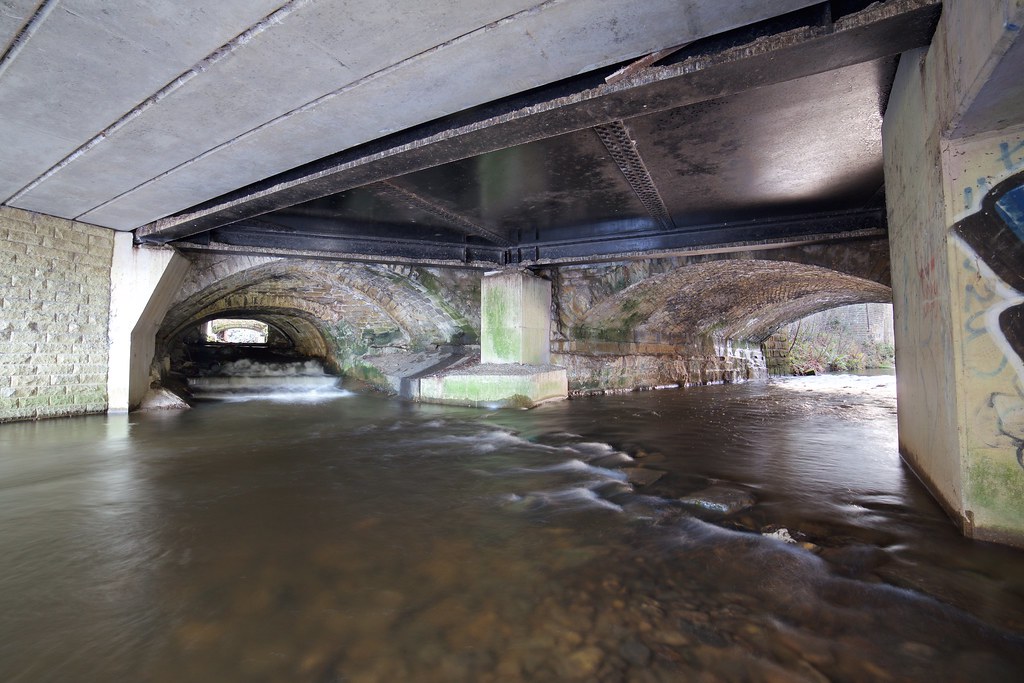 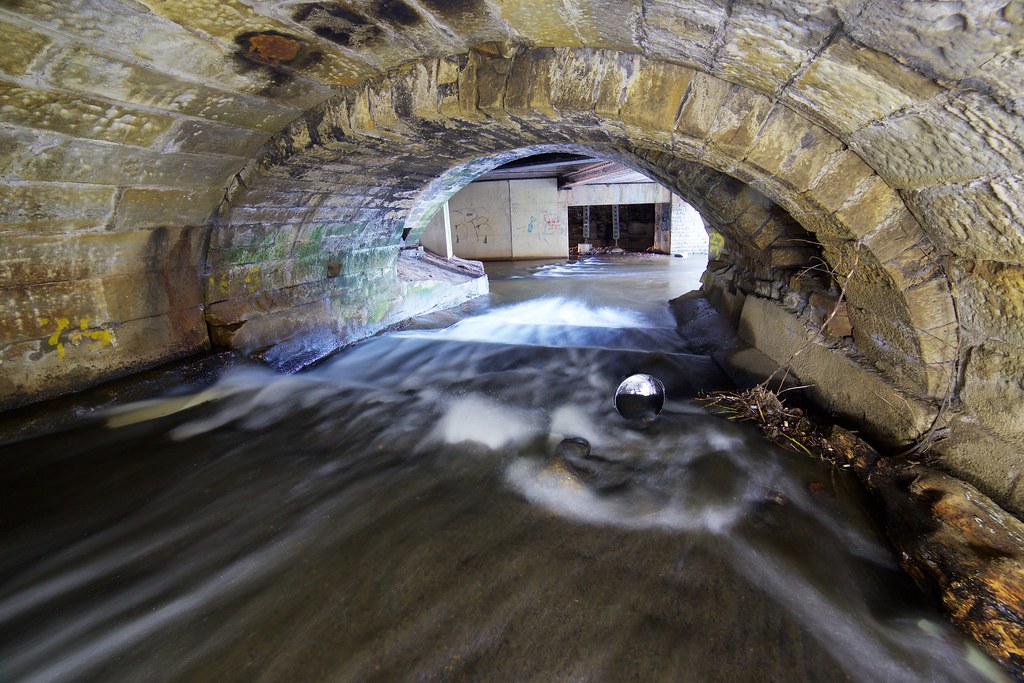 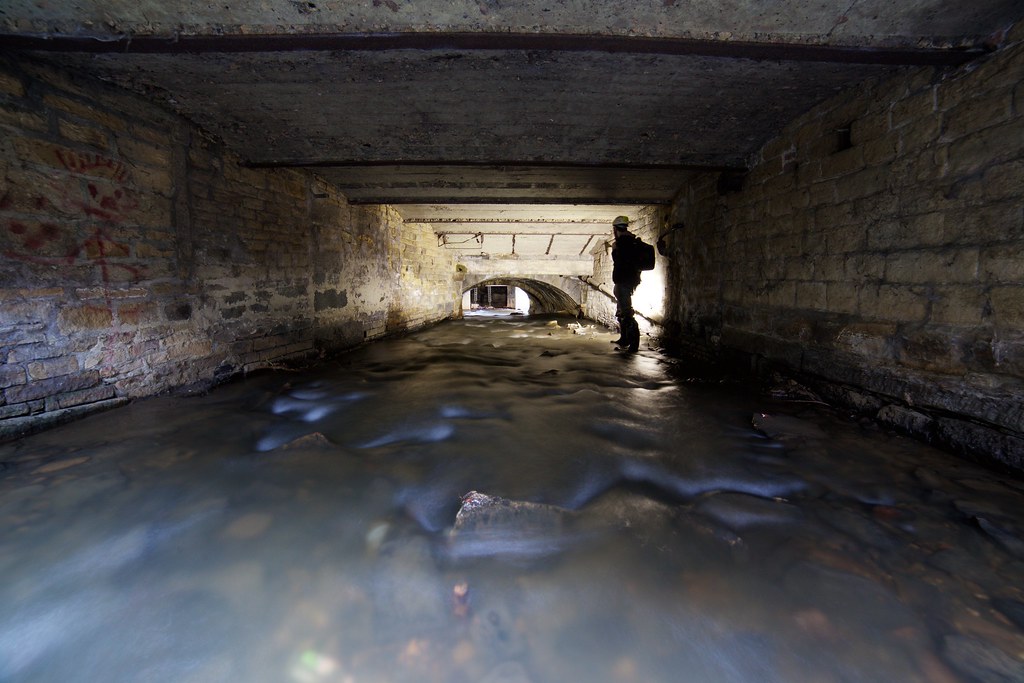 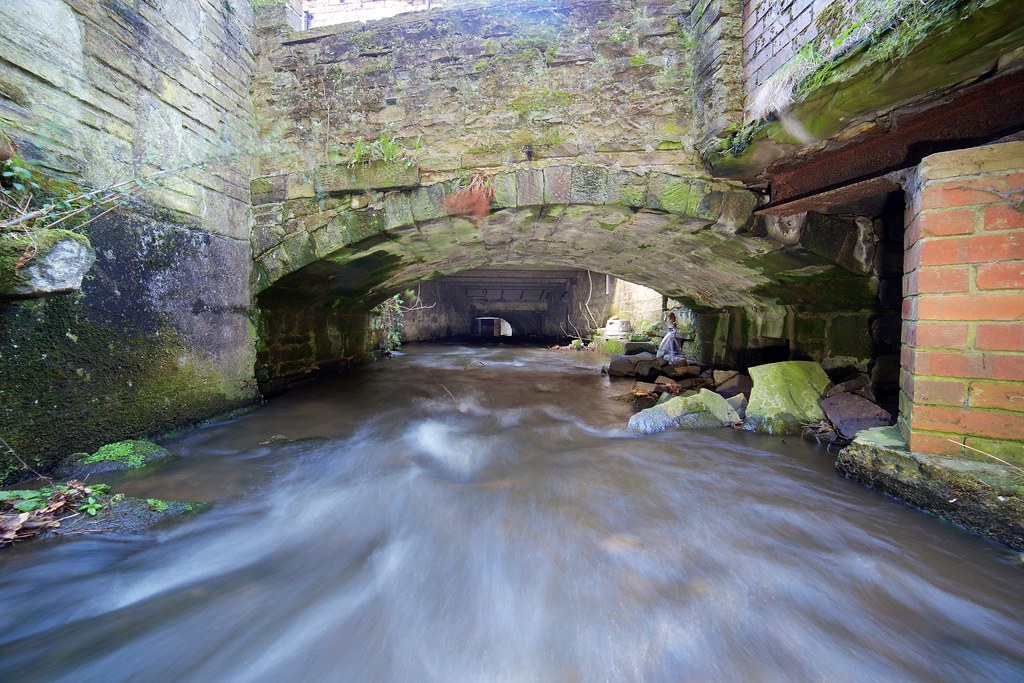 We followed the Ribble upstream, after a short stretch underground it was into the open and around the back of a pub. A short wade later was a couple of small culverts, then a really low down one where we admitted defeat and called it a day. 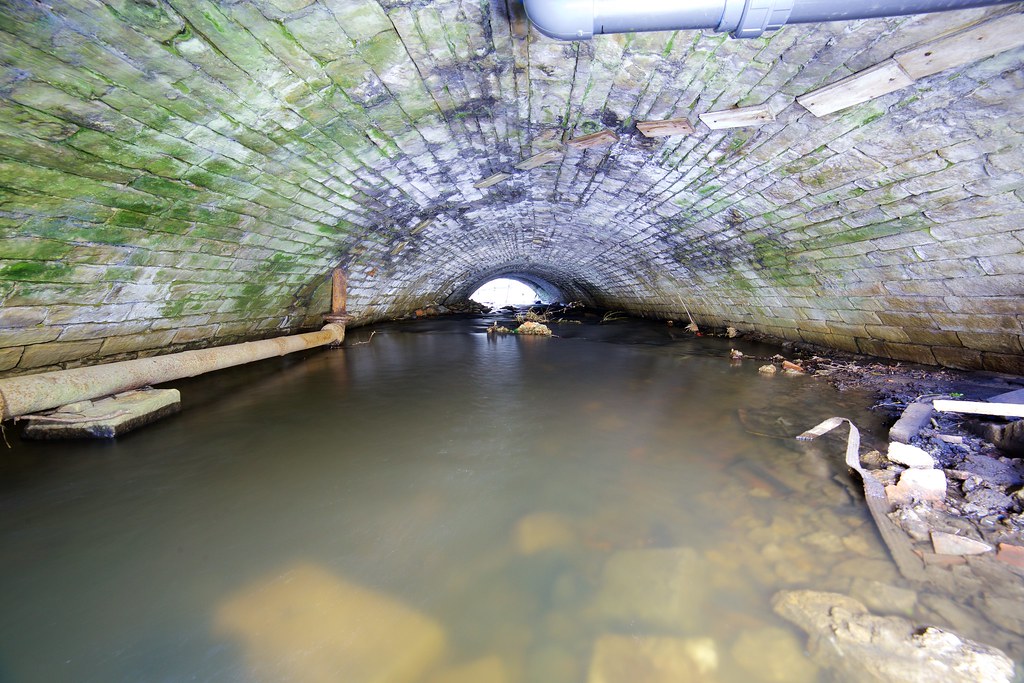 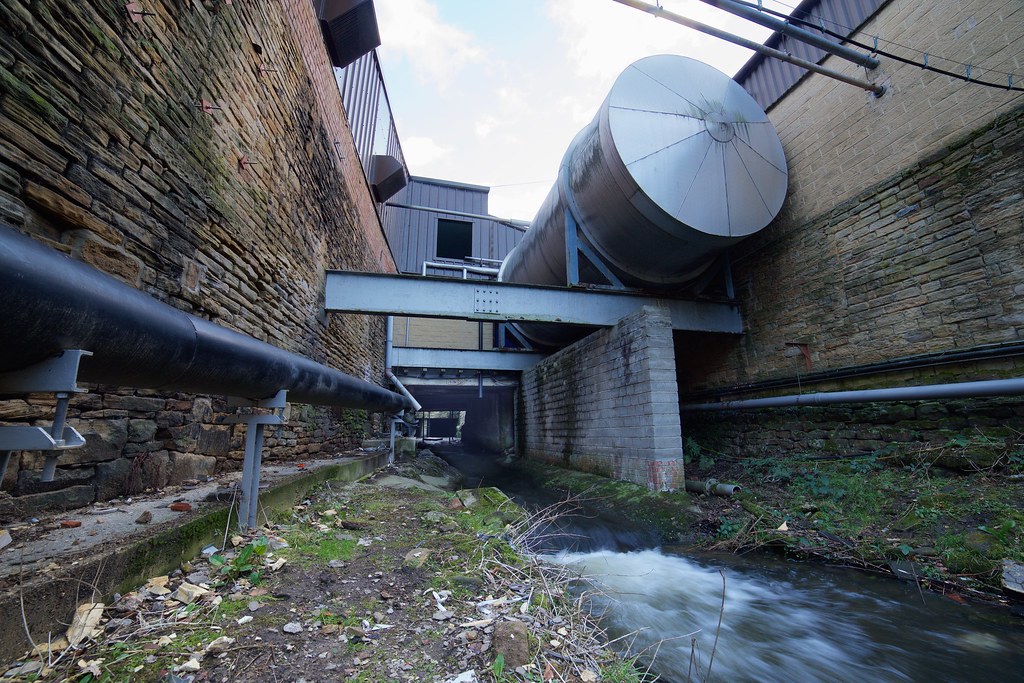 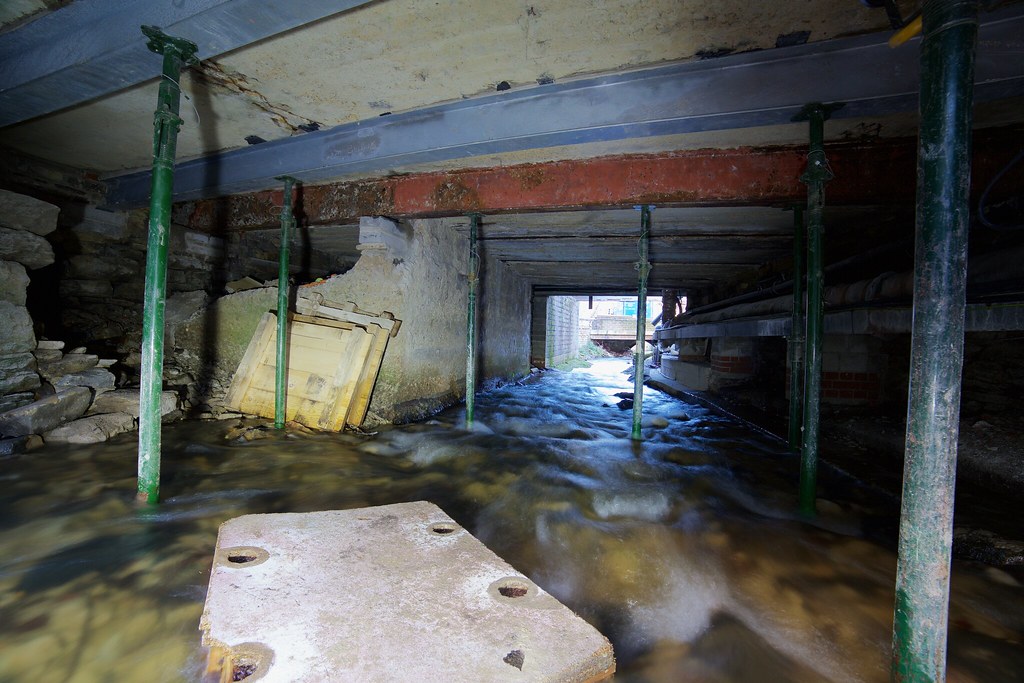 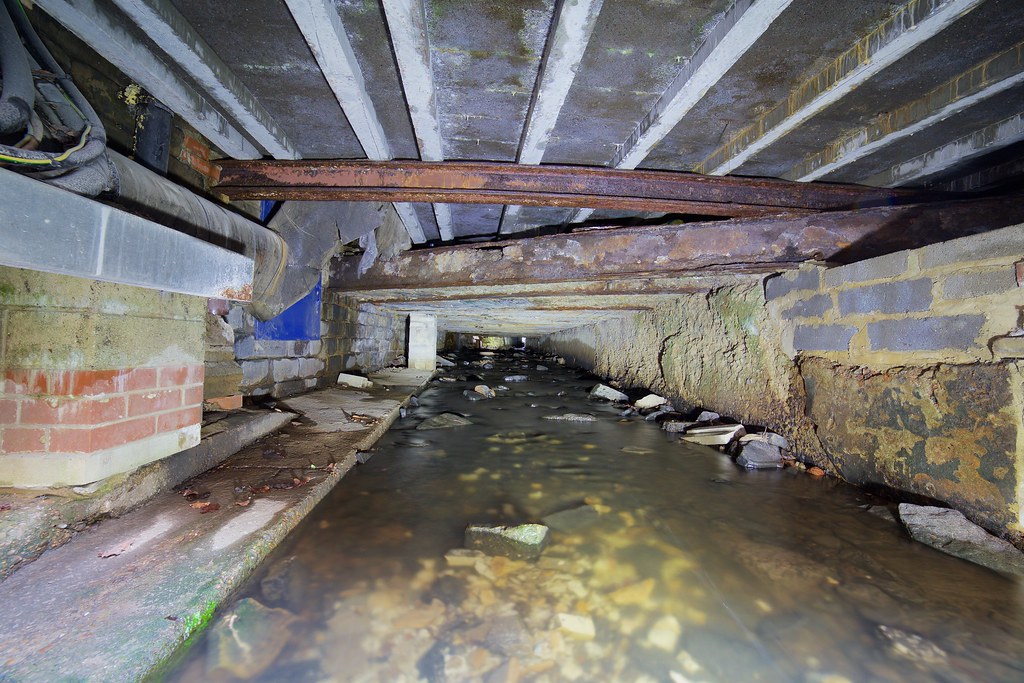 It was interesting to see what was there, even it in hindsight it wasn't really worth it.