The River Medlock flows through Manchester City centre taking a meandering route, both in a sunken channel and through a couple of culverts. It's had an interesting history looked at in further detail here.

I went for a walk along the Medlock with TunnelMon to get some photos of the two largest culverts, walking in an upstream direction.

A couple of large bridge arches lead to a brick channel roofed in concrete slabs and vaulted brick. Debris and sand had built up along one side providing a shallower walkway, with the other side getting quite deep at times. The water quality must have improved in modern times as we saw a large red crayfish scuttling across the sand through the clear water. 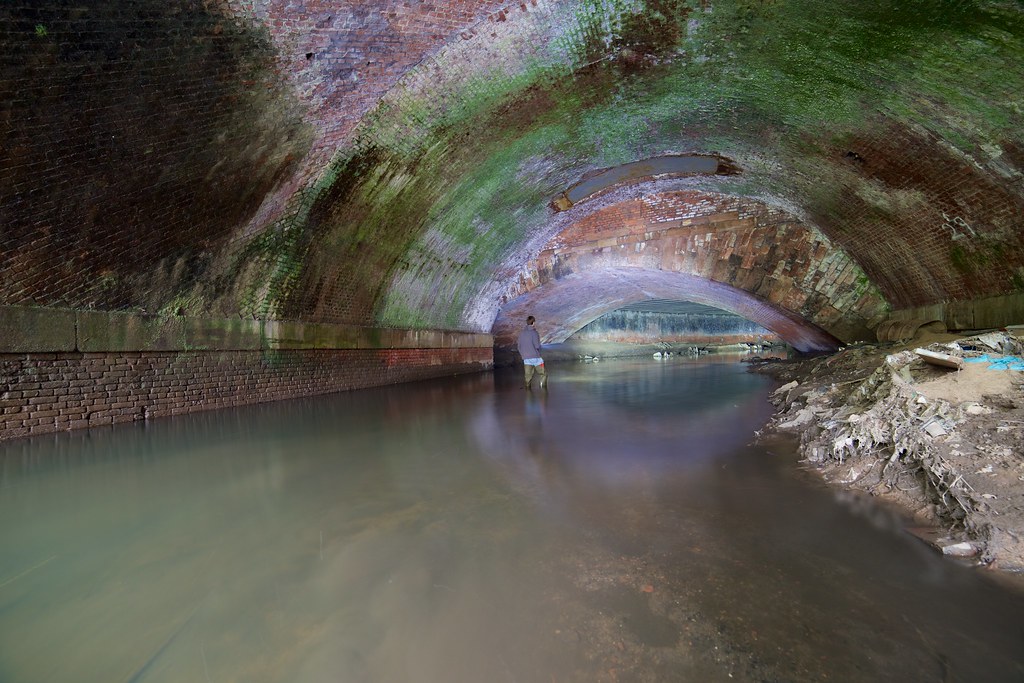 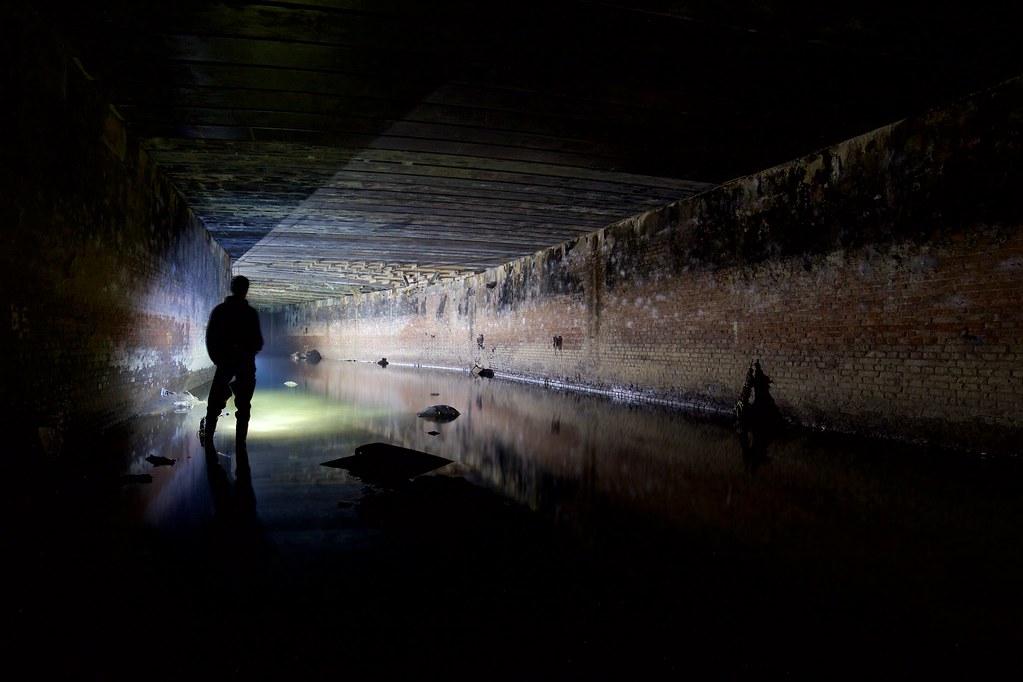 There were a couple of side pipes that could have been the outfall from the culverted River Tib. This has since been incorporated in the sewer system is no longer a simple river in a pipe, however the Tib is said to pass near Tib Lock and the likely position of the outfall is in this culvert, somewhere near First Street. 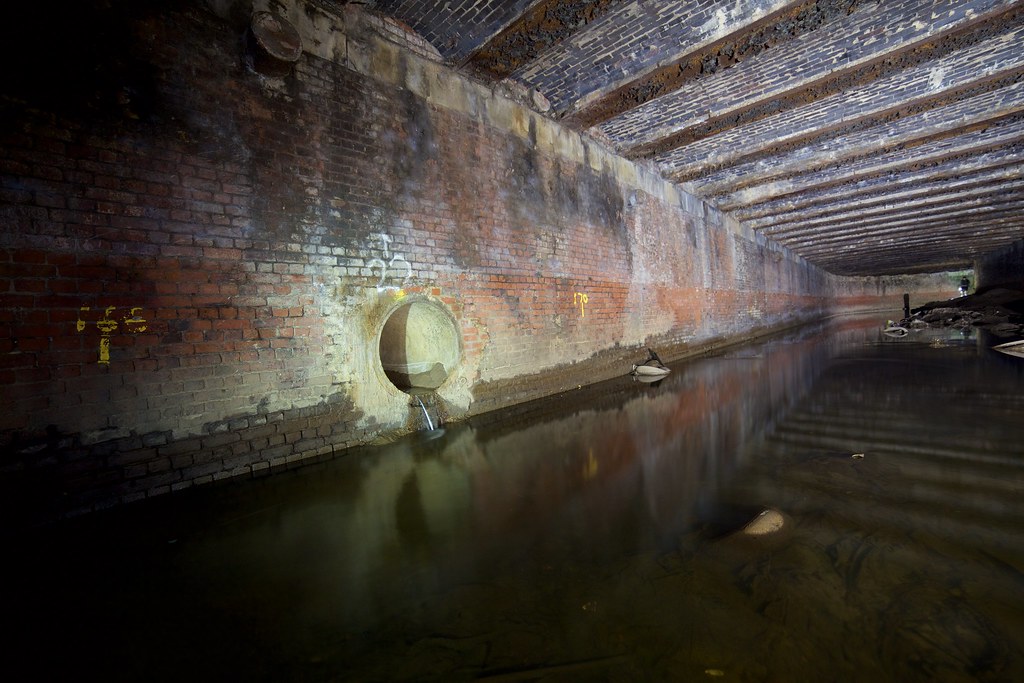 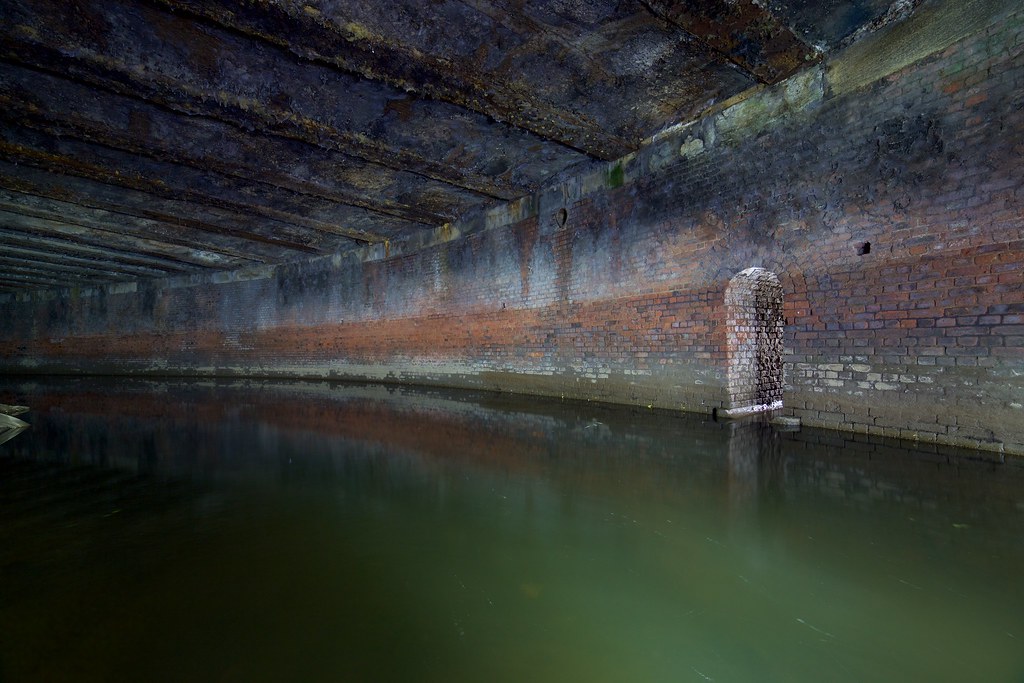 A pill shaped brick sewer overflow looks encouraging at first but shrinks down to a crawl, possibly so the Rochdale Canal can later pass overhead. Ultimately it ends up at an overflow chamber where the flow is sent down a concrete connection to the D Interceptor, so unless there's a major storm it's unlikely this overflow would ever be used.

Budge was the same style but not quite as long, more rubbish and debris showed the amount of crap that gets gets washed down the river. 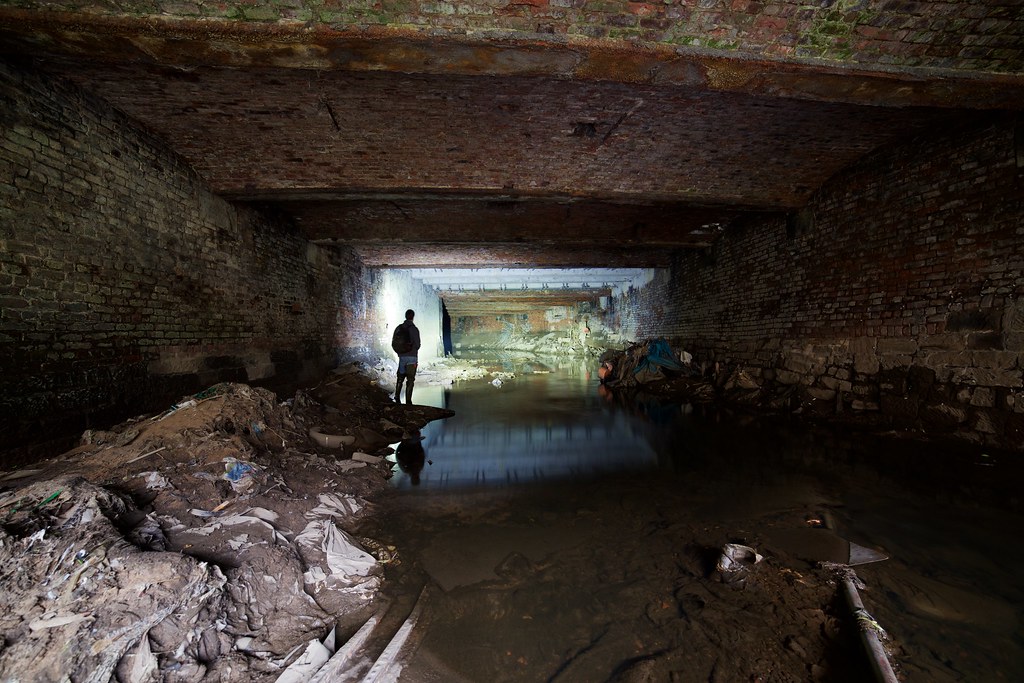 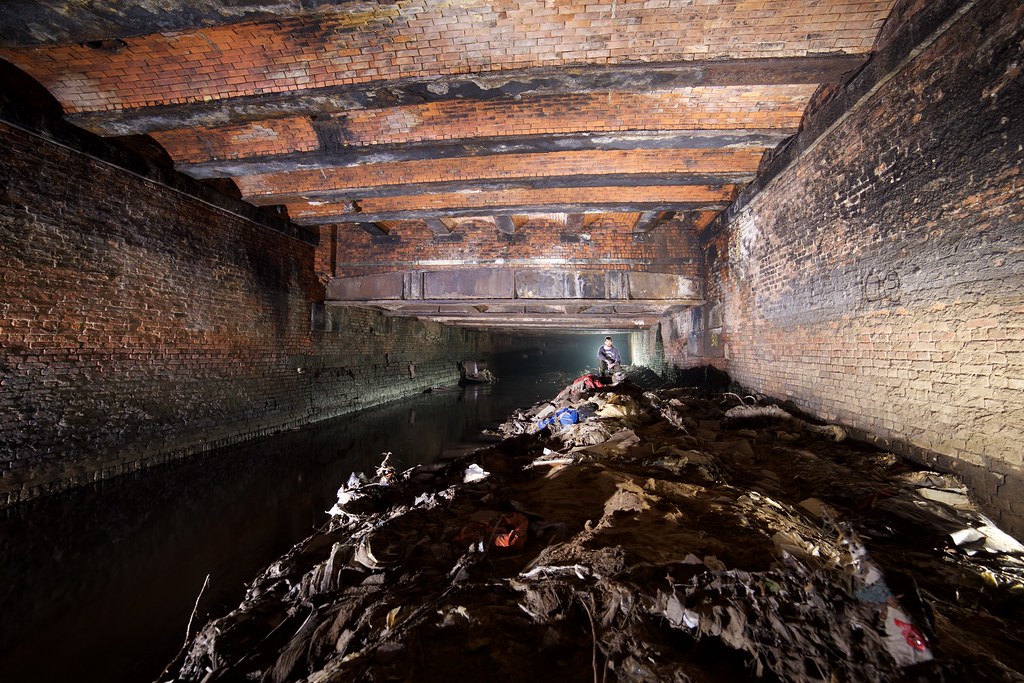 It emerged back into the open near Oxford Road, a disused sewer overflow lurks under the bridge which followed the line of one of Manchester's first proper sewers. 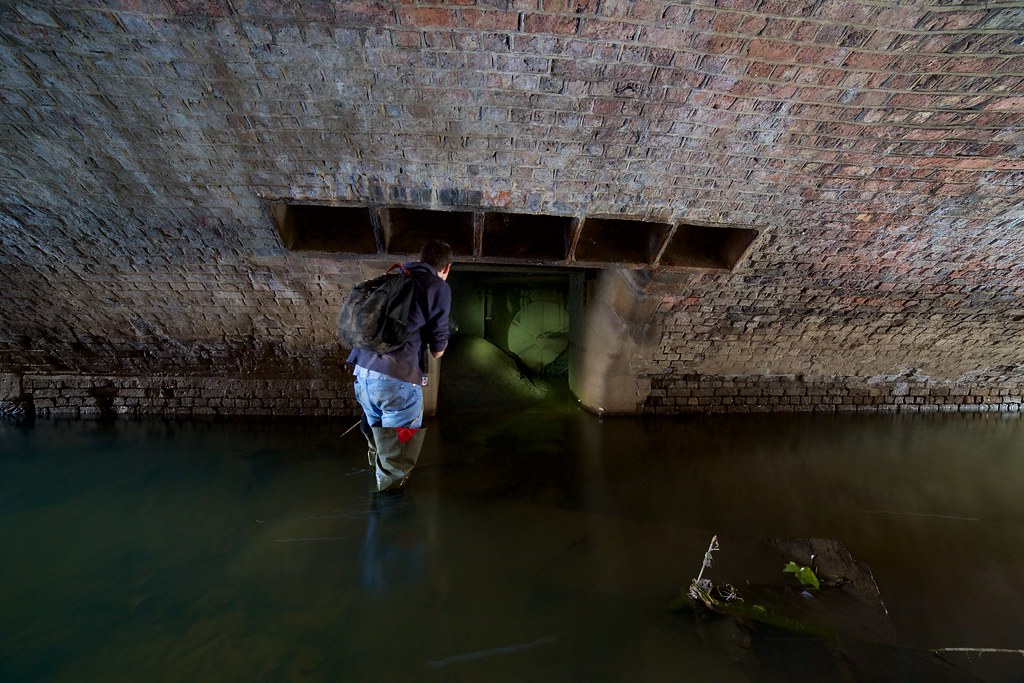 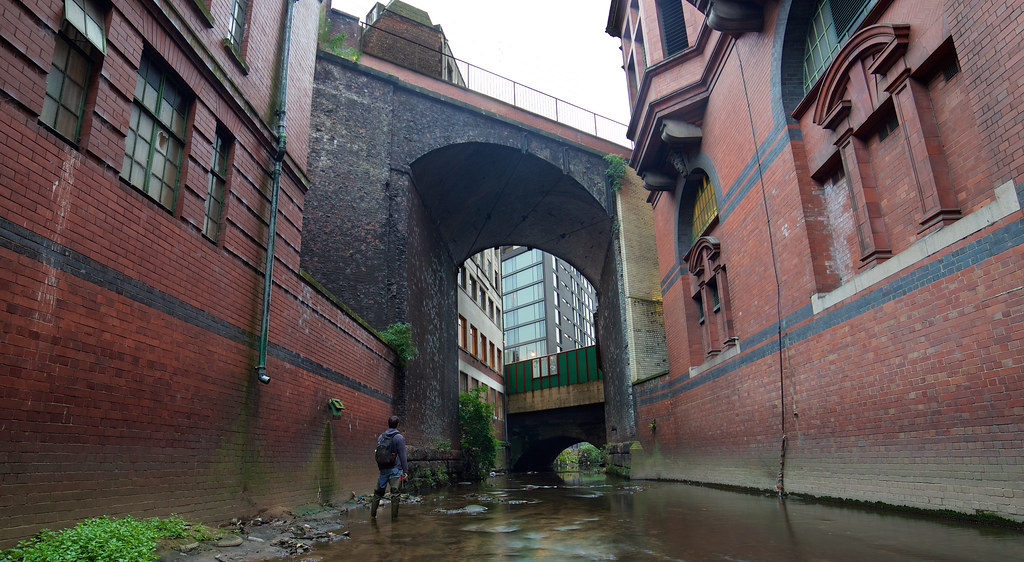