This little culvert outfalls to the Croal in Bolton, it's a bit of a mashup of stone, brick and Ironwork. I went for a look with Snake Oil and ViralEye. 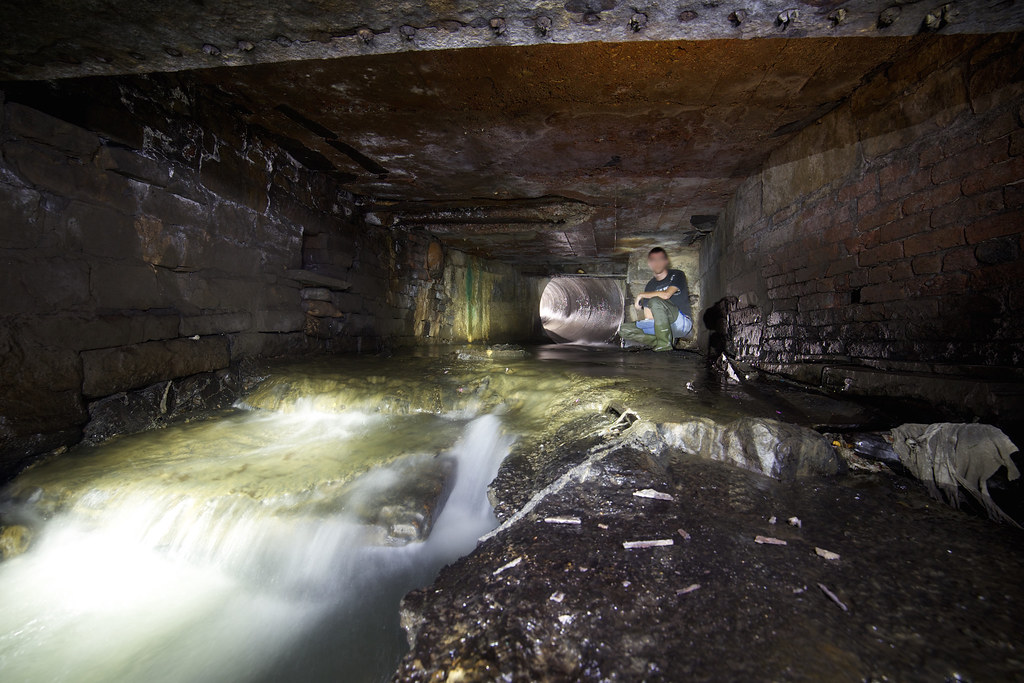 We stooped down the older first section until the pipe turned into 5ft RCP, spurred on by the roar of water we eventually came across a small cascade. Around the corner we saw stone again, here a junction feds in a small brick box section. Snake Oil followed it up for some way only to report it disappearing off into the distance.

The pipe on the right shrank to a 3ft RCP, this changed to a tiny stone floored spraycreted arch which I followed up for a bit, only to give up as it too stretched off with no end in sight. 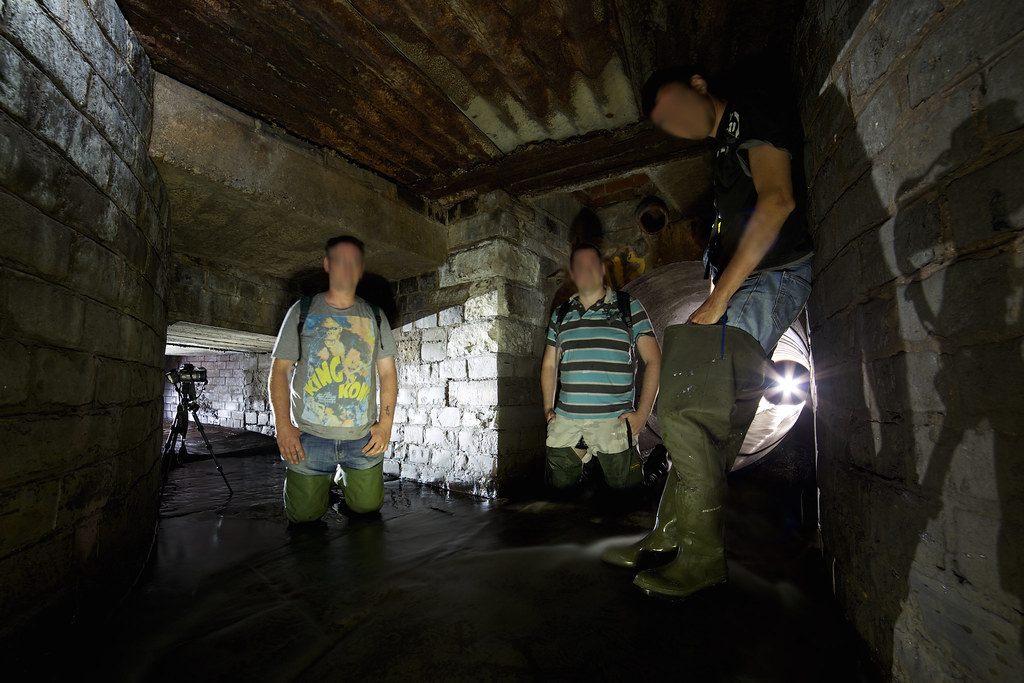