Found in Bolton this drain is about 400m long and sports a grill at both ends, the watercourse eventually joins the Croal. After meeting with Nckt in the dubious Northern weather we dropped into the access chamber and made our way into the culvert. The flow wasn't very high but was surging through the 5ft brick pipe with some force. 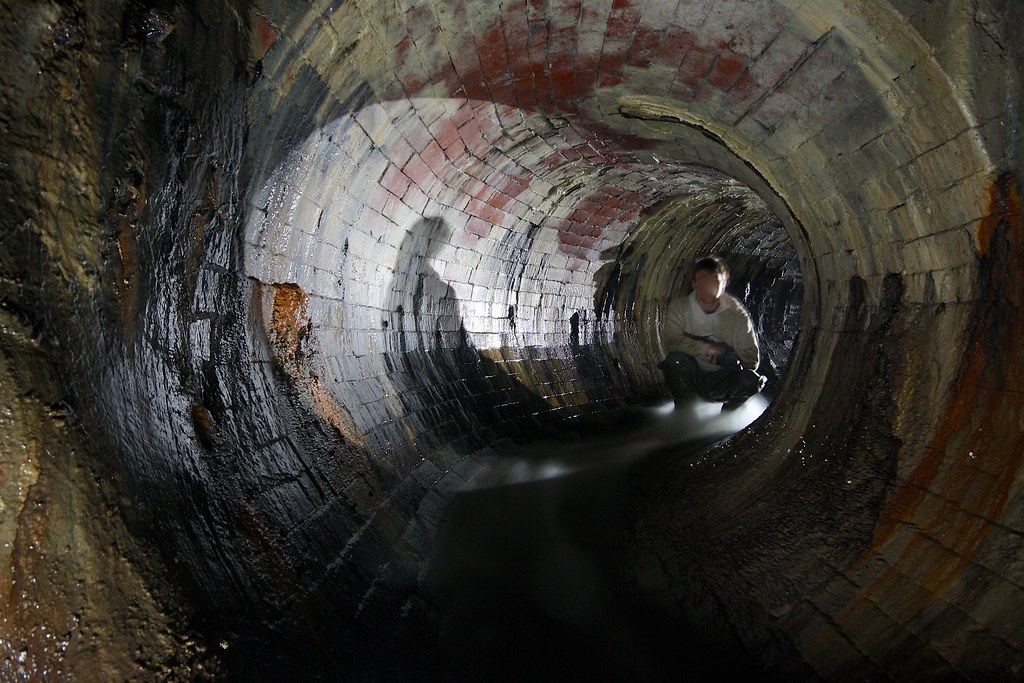 We went upstream and the construction changed to stone and debris raised the floor to an uncomfortable stoop. I would have liked to get to the infall but time was against us. 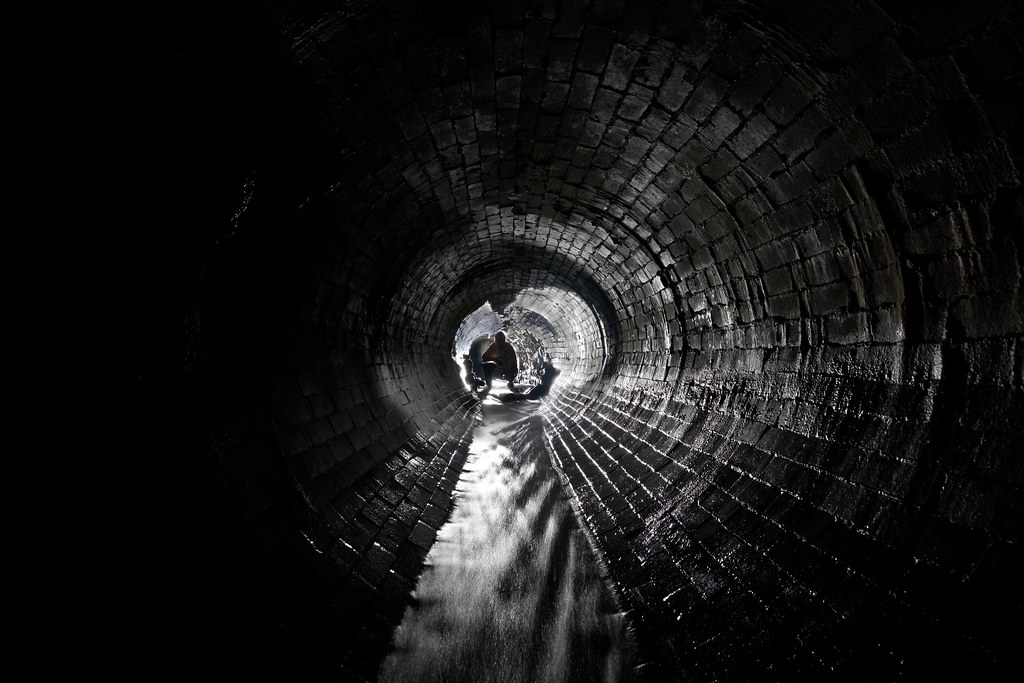 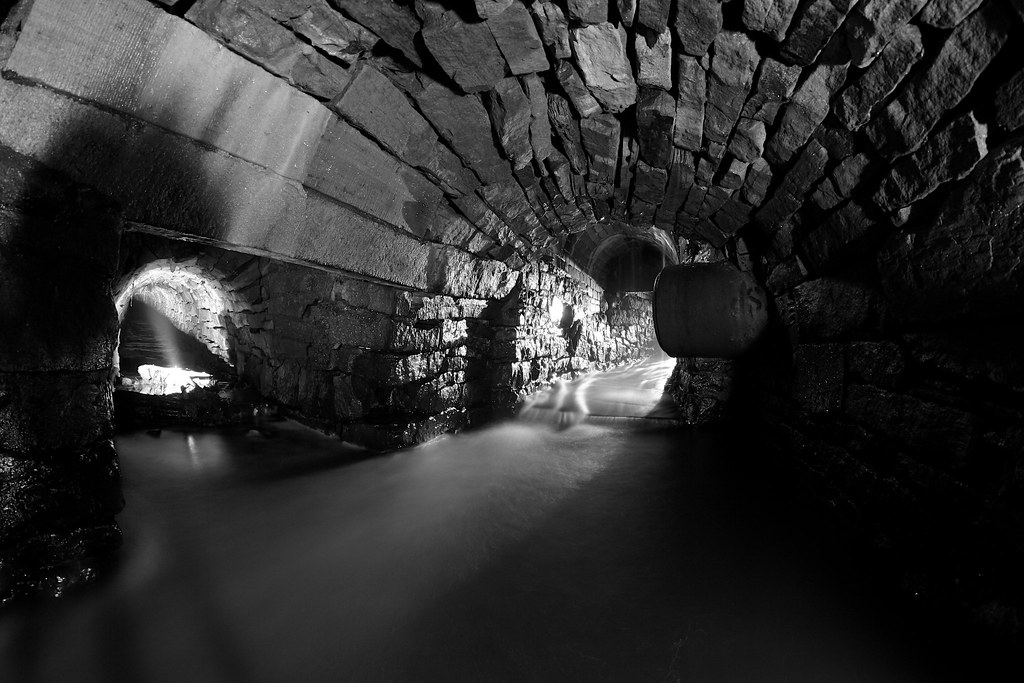 Back downstream the culvert has a couple of sharp turns before travelling straight down to the outfall. Instead of slogging down we decided to have a look at the more recent CSO connection which is reached via a crawl up some RCP. 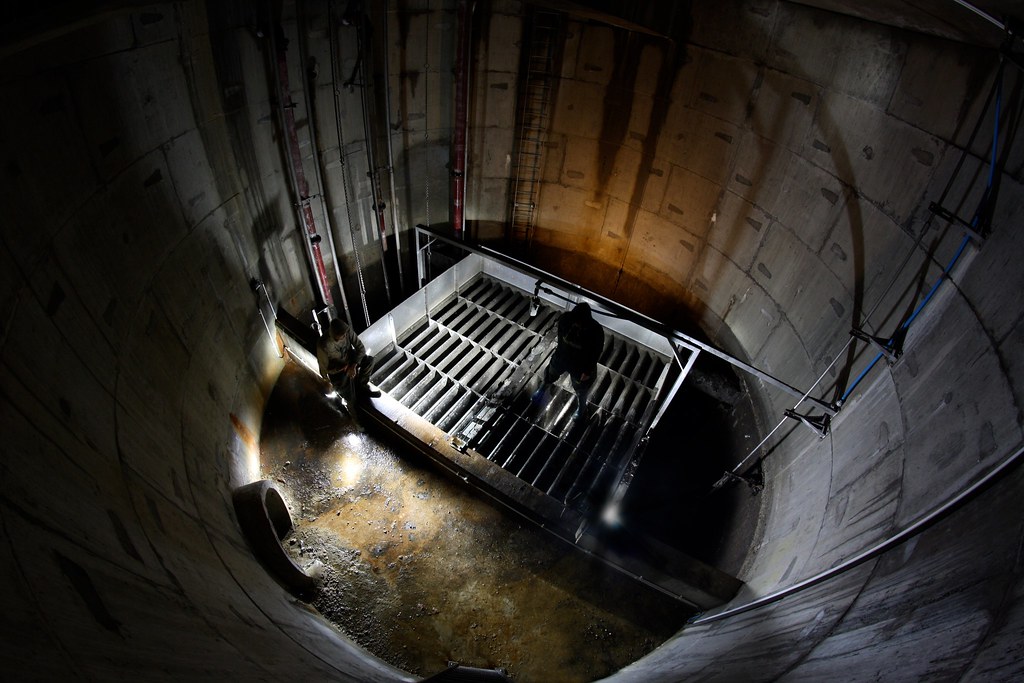 The CSO was housed in a large circular structure which functioned as both detention tank and screening chamber. There was water in the tank so unfortunately not possible to see how big it actually was or how the sewers connected beneath. One for another time without the rain.