Rubix is a storm relief that passes under South London. Officially known as the South Western Storm Sewer it threads it's way north to the Thames.

TheVicar went down first and reported a squirrel was waiting at the bottom of the shaft, we released it back out the lid and started our way down the 6ft Brick pipe. After a minute we came across another unexpected sight, a small yellow bird. I'm not sure if it was a parakeet or canary but we picked it up and released it back into the fresh air. Quite how both animals got down there I'm not sure.

The first feature we came to was the overflow for the Effra. Later we came to an addition that would make Bazalgette turn in his grave. The connection looked brand new and done with as little care as possible in stack contrast to the workmanship of the brickwork. There were finger marks where the concrete was applied around the pipe and splatter marks over the invert. Further downstream the features started in earnest, first a couple of side pipes leading to dropshafts to small, hot and humid overflow chambers. 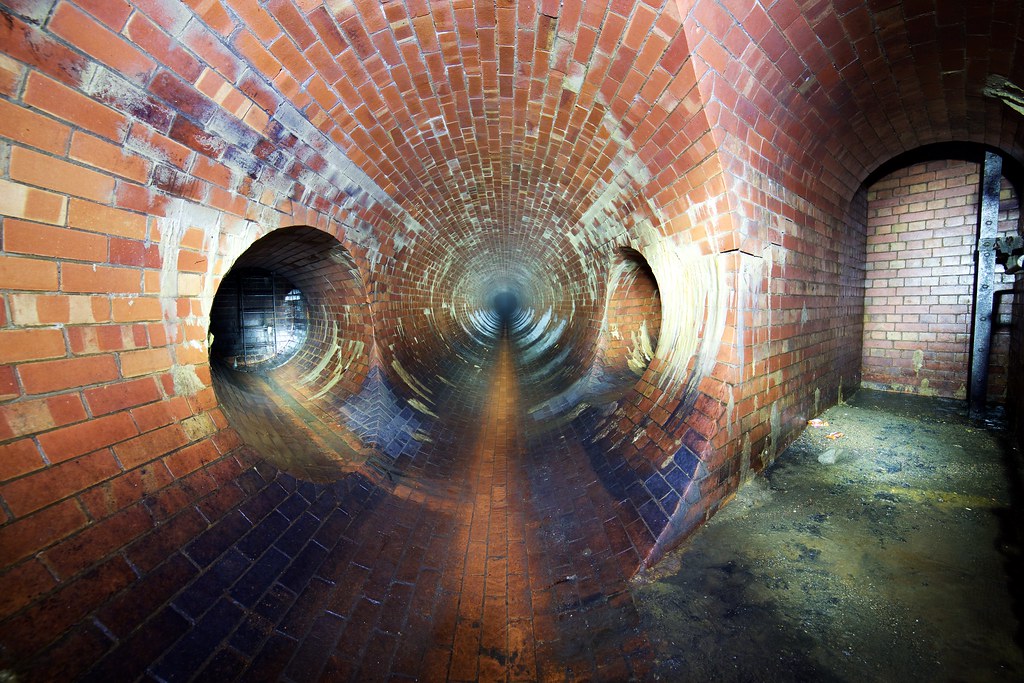 Then shortly after the pipe expanded to over double it's previous height as two large but not particularly photogenic sewer overflows dropped in. Further downstream the air became questionable with sheets of mist hanging in the air and very strange sounds echoing up from further downstream. I understand the larger pipe acts as a storage tunnel and is impassable after a point now.