A short culvert takes a small tributary of the River Holme under Clarence Mill in Holmbridge.

Clarence Mill had two possible watercourses going underneath it and the potential for an interesting culvert like some of the other mills in the area. I met with CameraShy and had a look.

From the infall the culvert was pretty nice, a large stone arch with a rock invert. 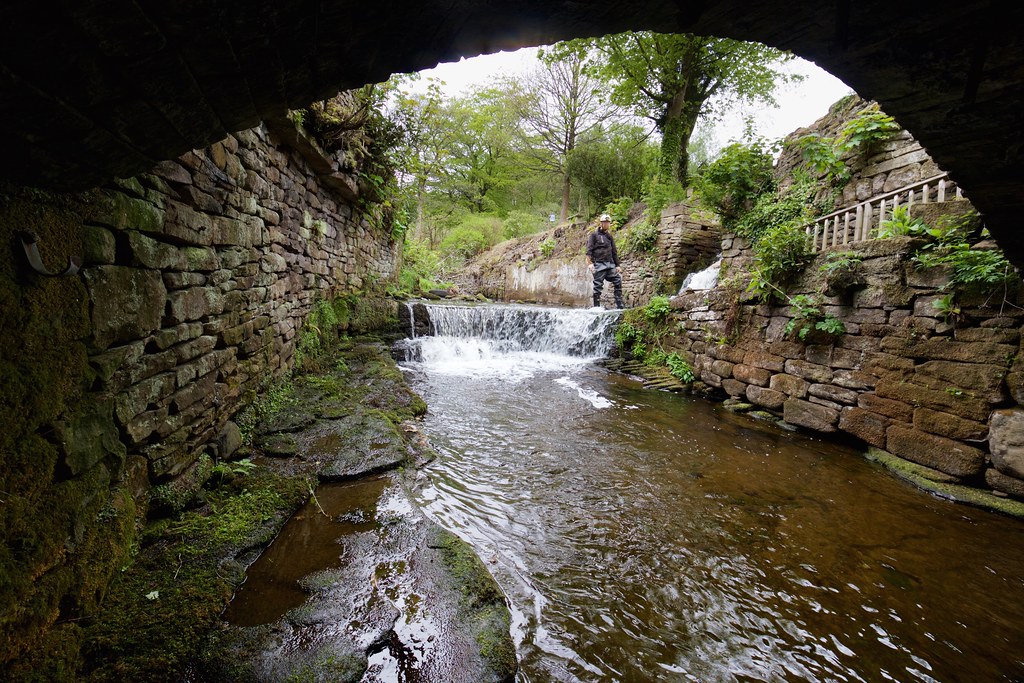 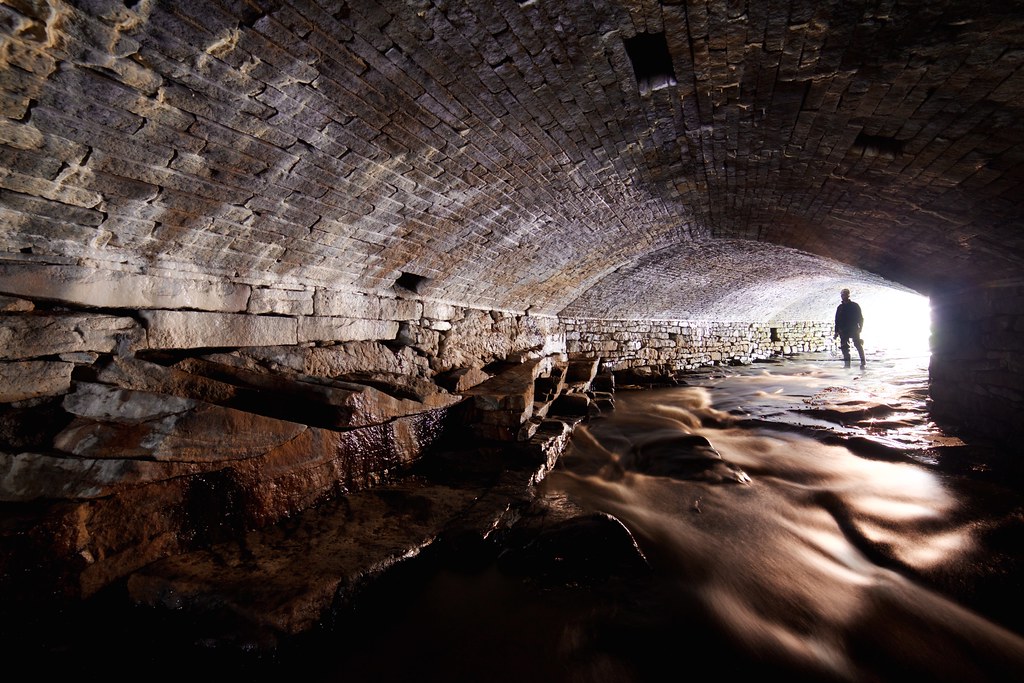 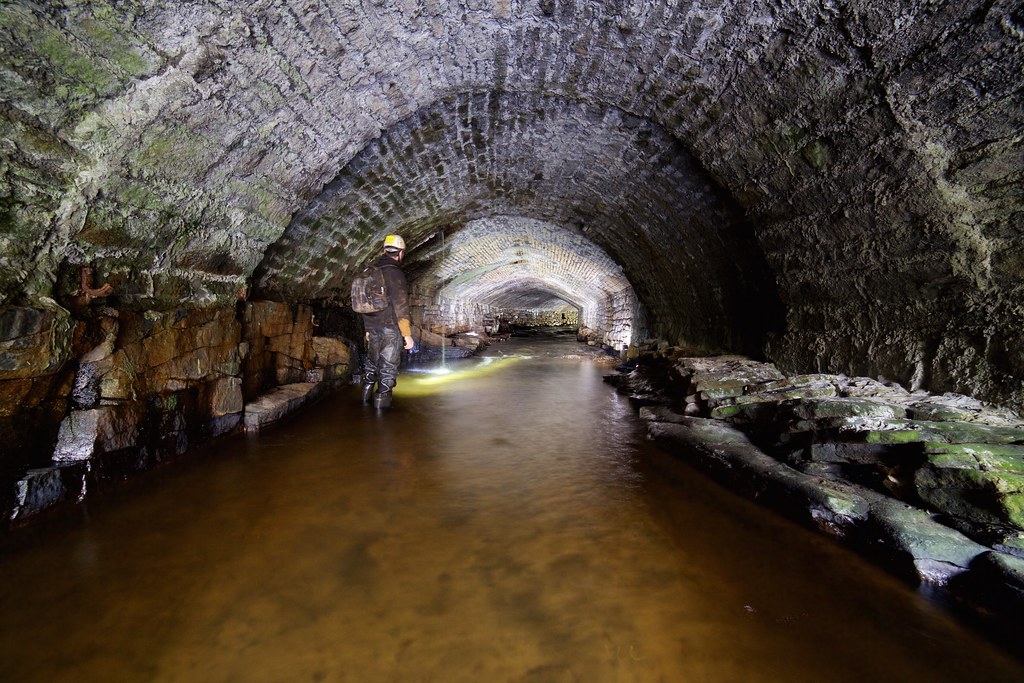 Sadly this was only 50m long before a short section in the open, then 40m of brick channel with concrete pillars. 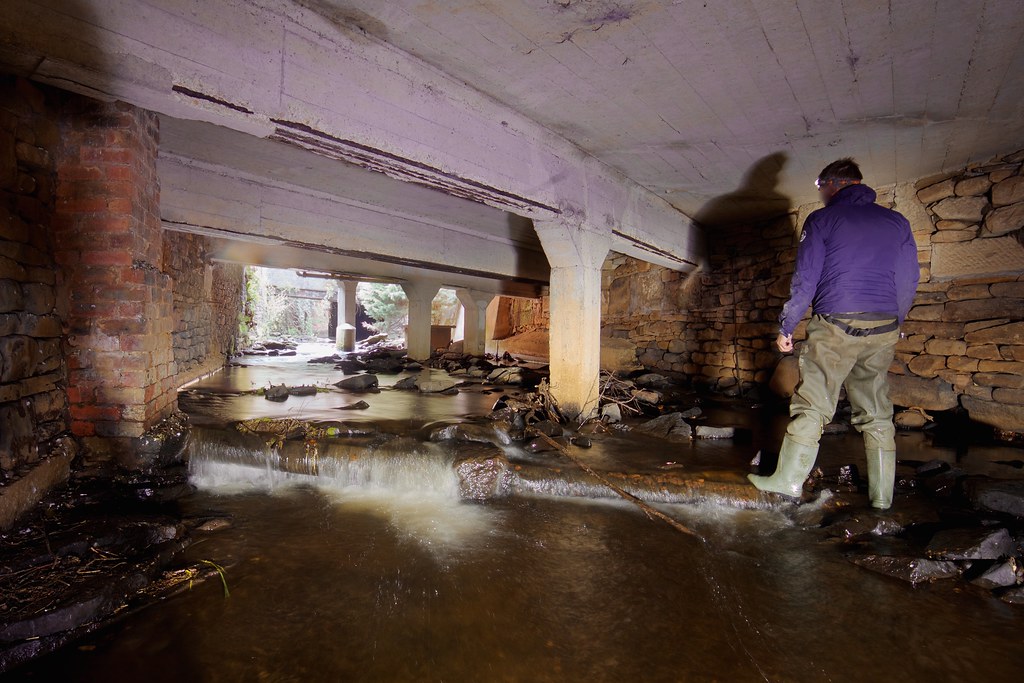 We were a little disappointed at this point, before spotting a small concrete box culvert near to the outfall. 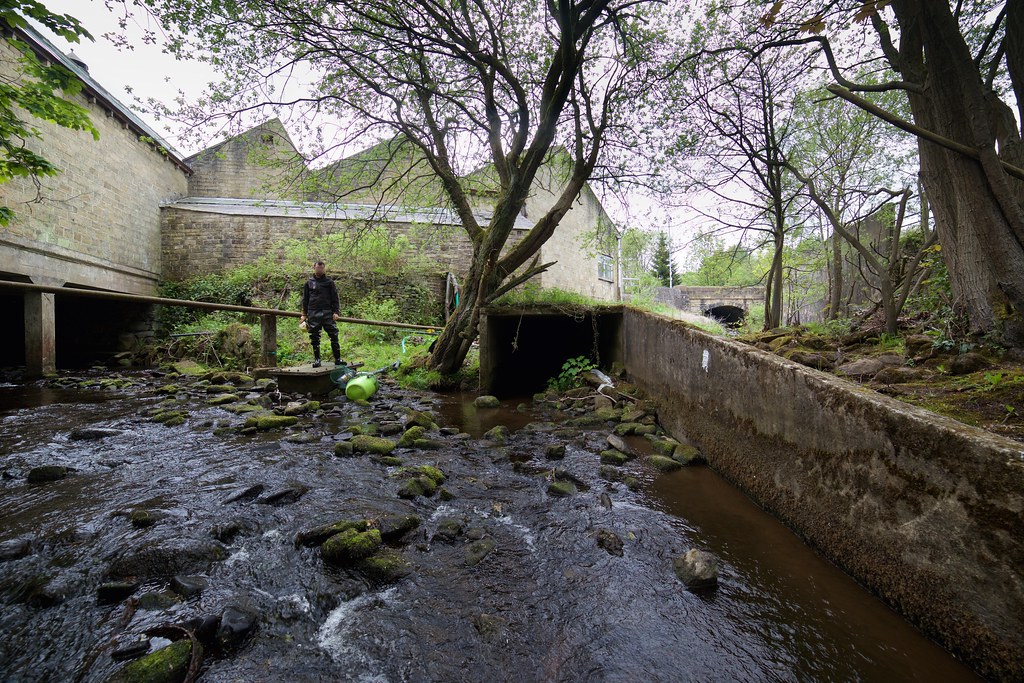 After venturing up this for a few meters was a stone wall with a window through and gap underneath. 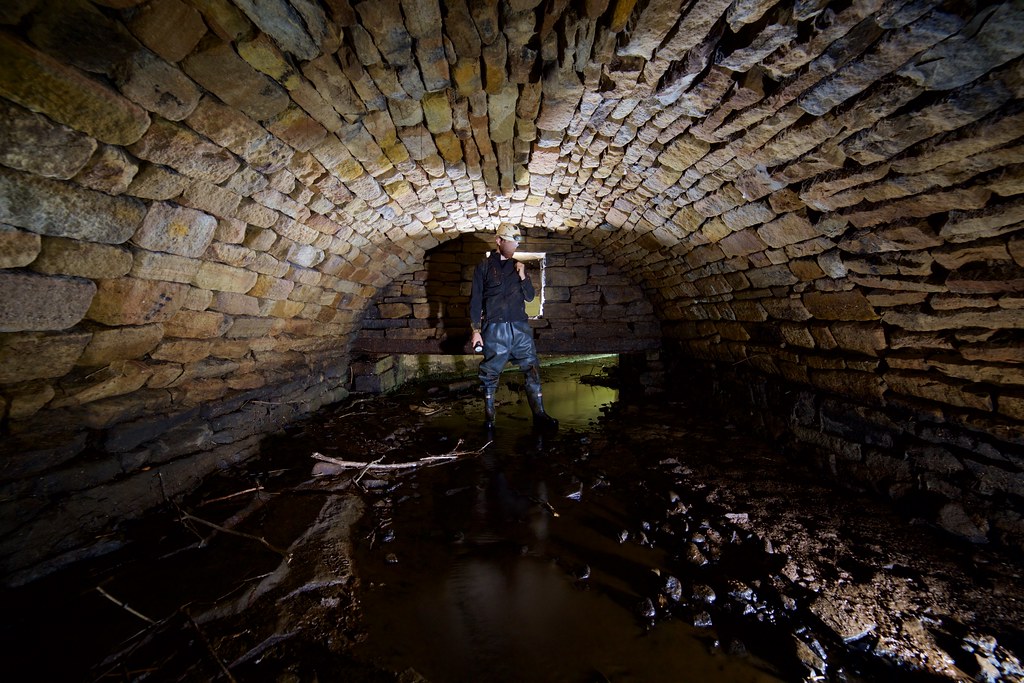 Beyond this was a stone arch around 7ft tall which curved around before terminating at a brick wall. 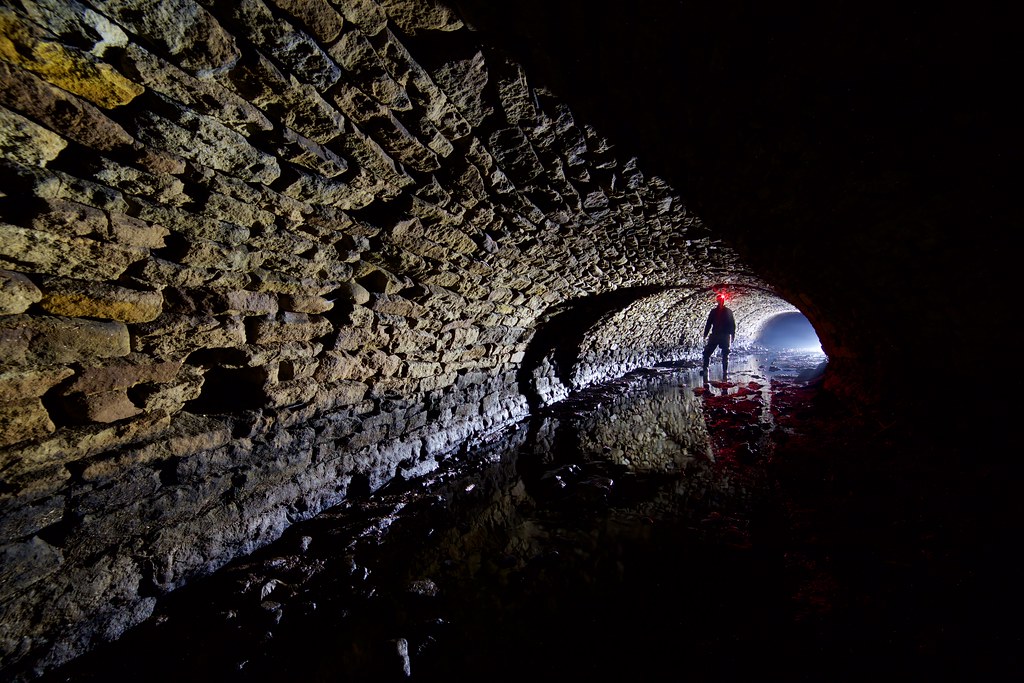 A couple of soil pipes poked out, a few jam rags and a less than fresh smell suggested a toilet was connected in the mill above. 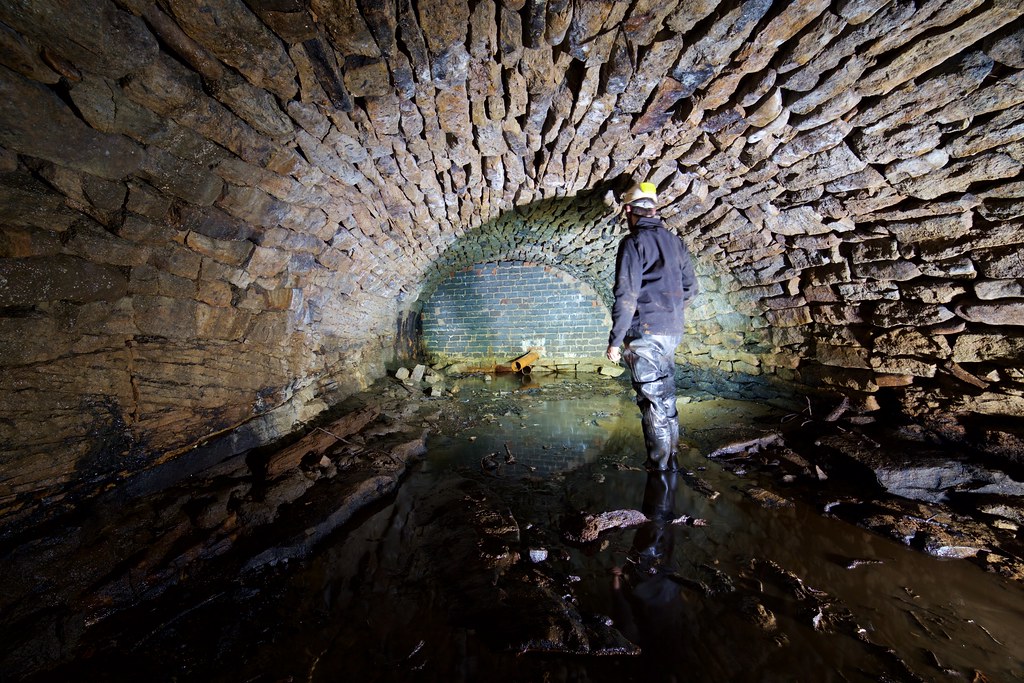 On the other side of the mill was an old leat, now silted up and overgrown. I suspect this originally continued under the mill and was used in some way, before leaving through the tailrace tunnel we had found.