Foxdenton culvert takes the Wince Brook under a sewerage works, it's brick and concrete and around 350m long.

I drove to northern Manchester one sunny morning with drains in mind. Redbarn still had a large metal grille so headed to nearby Foxdenton. The infall stands proud and makes little effort to conceal itself, it's grille reduced to lying in the water creating a mini dam. Shortly after you leave the sun behind you it returns through an open manhole. 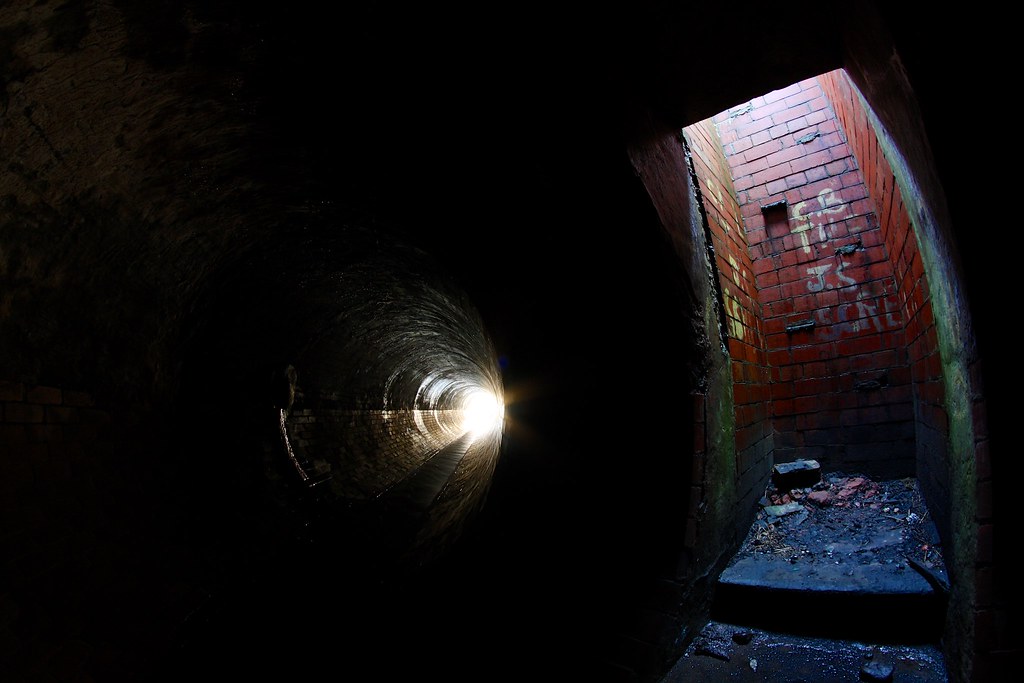 A small chamber housed a junction with a sidepipe and a manhole shaft, pretty much the biggest open space in the culvert. After this was a walk punctuated with only a few sidepipes and manhole shafts that looked more cave like than usual ones. 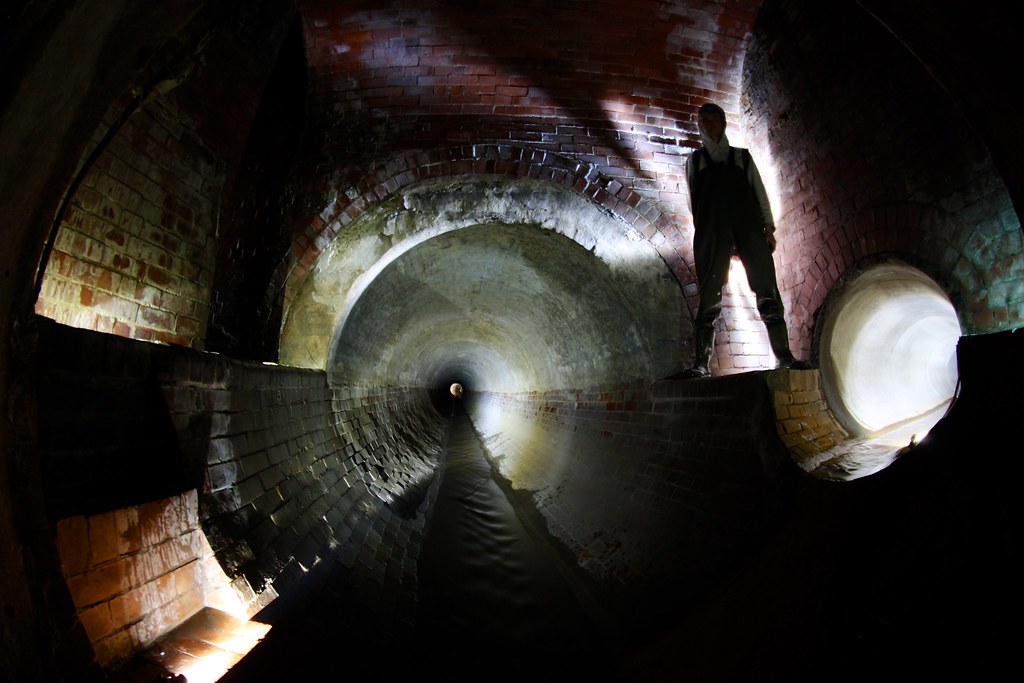 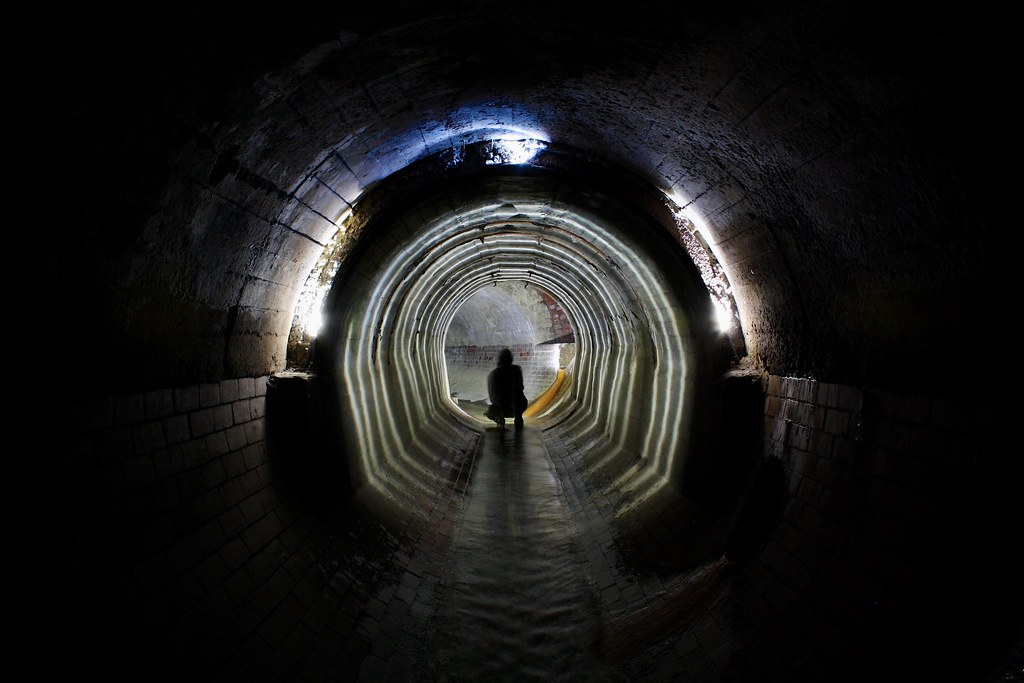 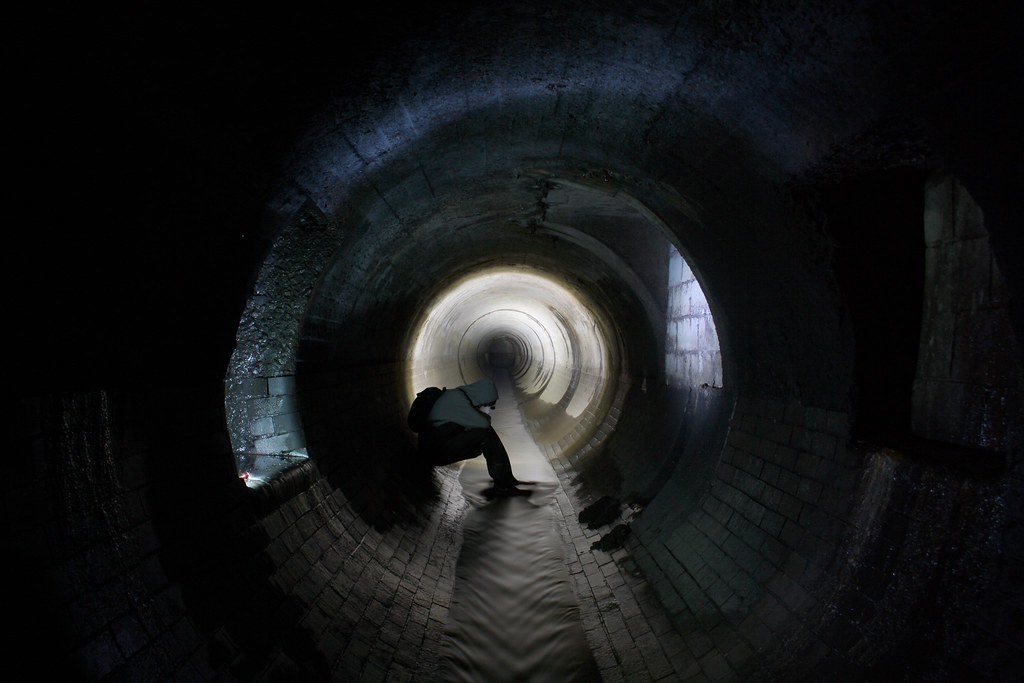 After a while the water started getting deeper and the thundering sound became louder. Several walkable sidepipes lead off before this, one out to an outdoor pool, another upto some stairs with a grilled top, probably overflows for the works. 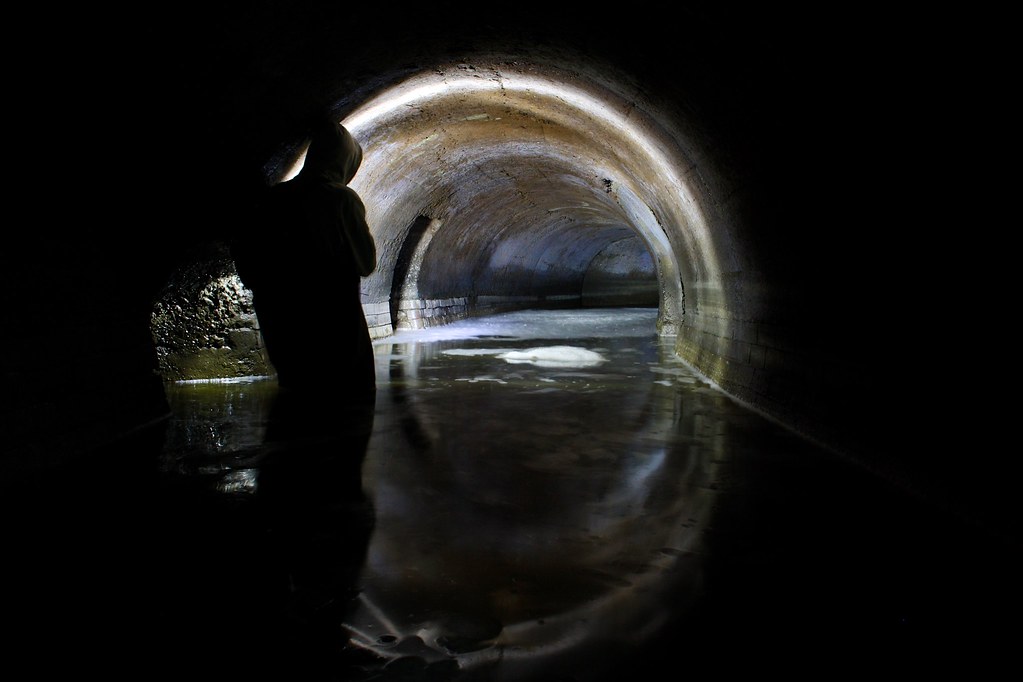 I waded through the foam that smelt less sewer and more fresh than the average sewer aroma. Around the corner was a large channel of post-treatment sewage works output, it had real power behind it so marked the end of the explore. I had no appreciation of quite how much output a works produces, even a relatively small one like this. 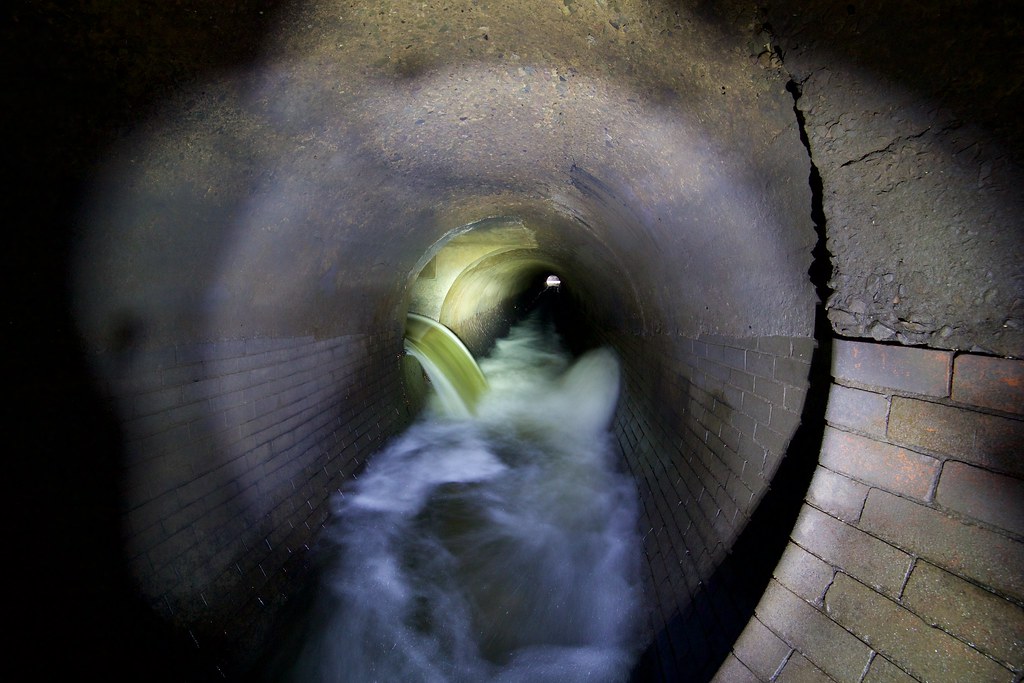 The outfall lies in a small bit of scrub ground and the fast flowing brook surfaces only shortly before going back under for under 170m. 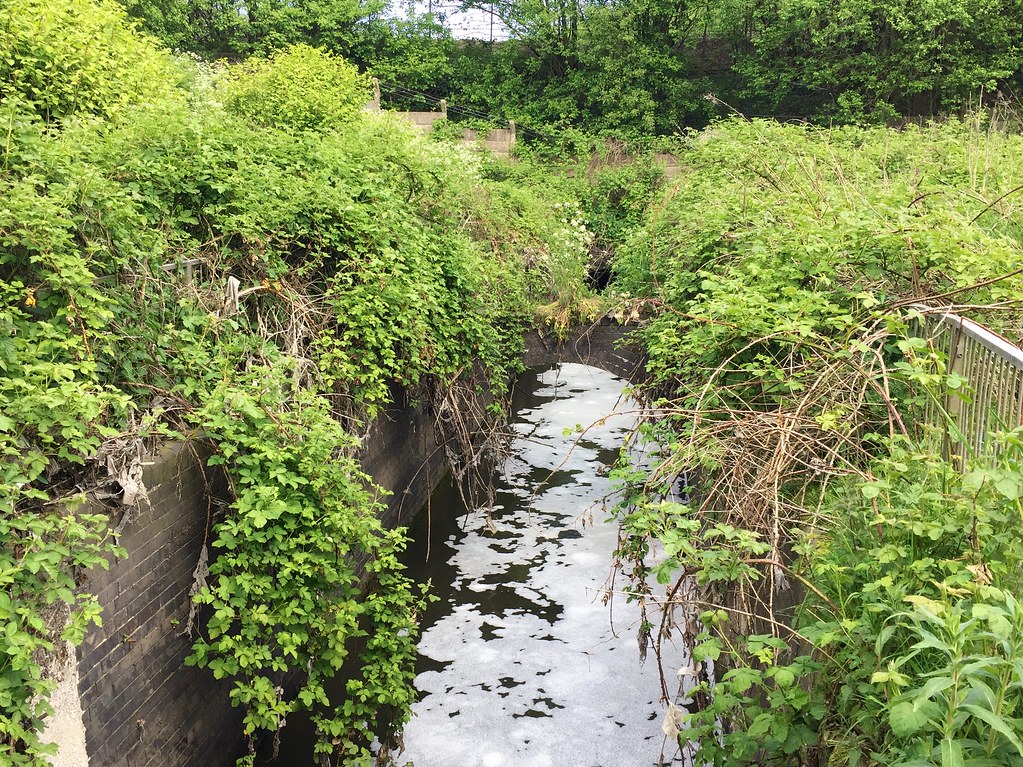 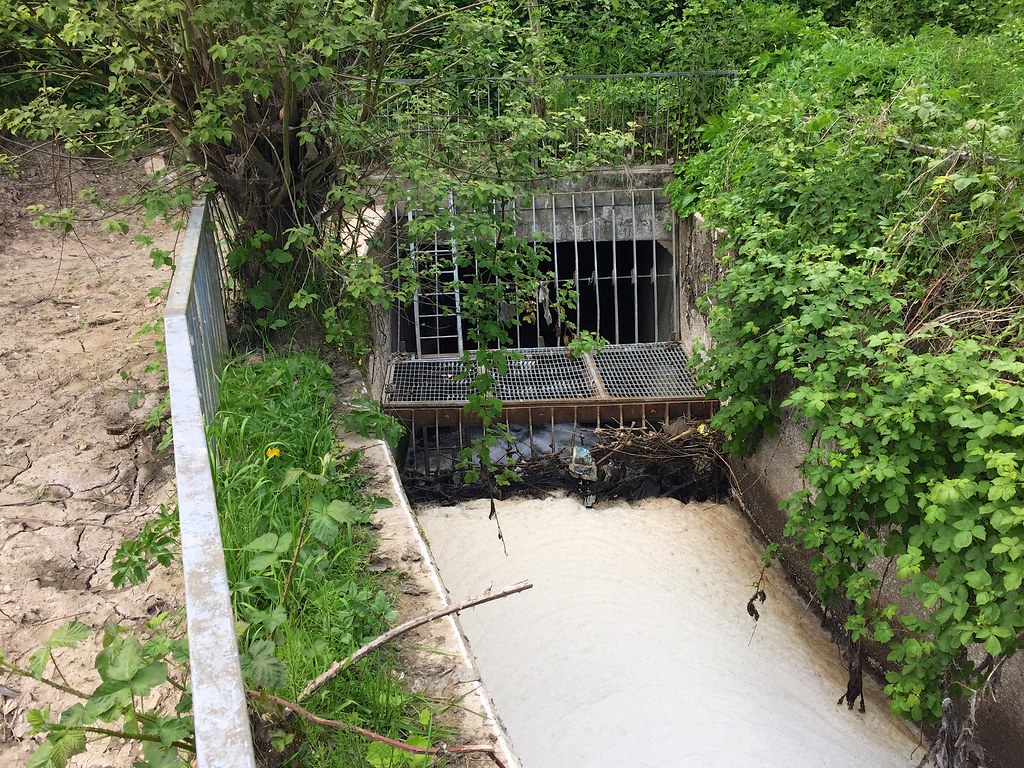 After a longer open concrete section is another infall, some nice brickwork surrounds a confluence with a small brook and a pumping station. 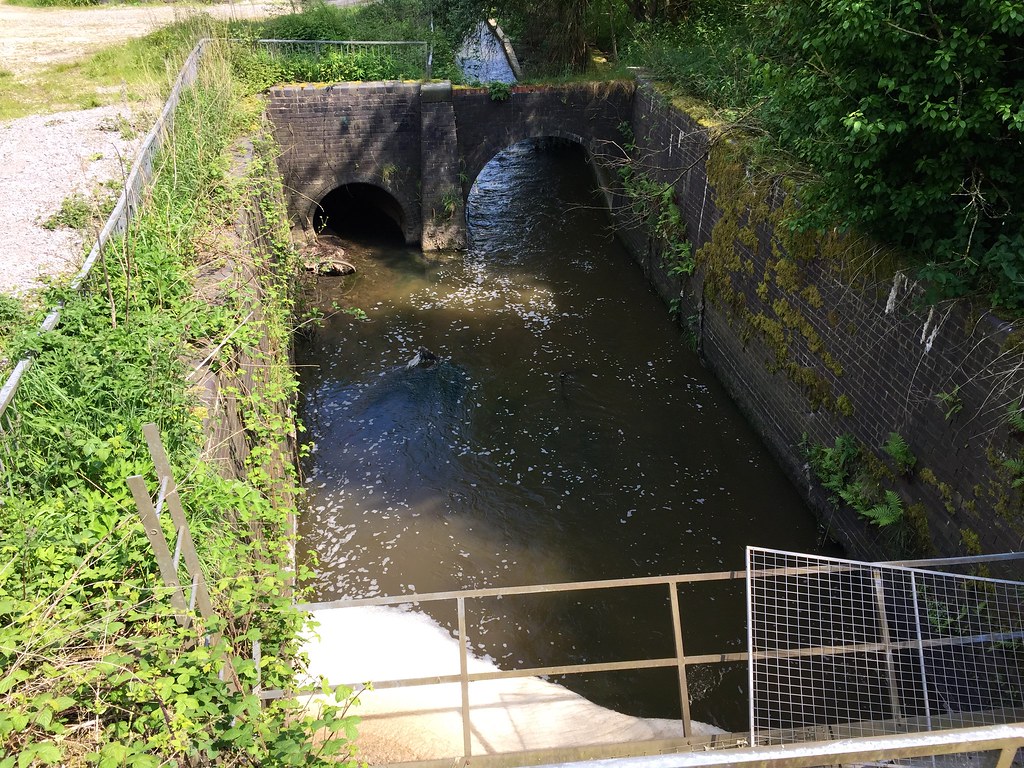 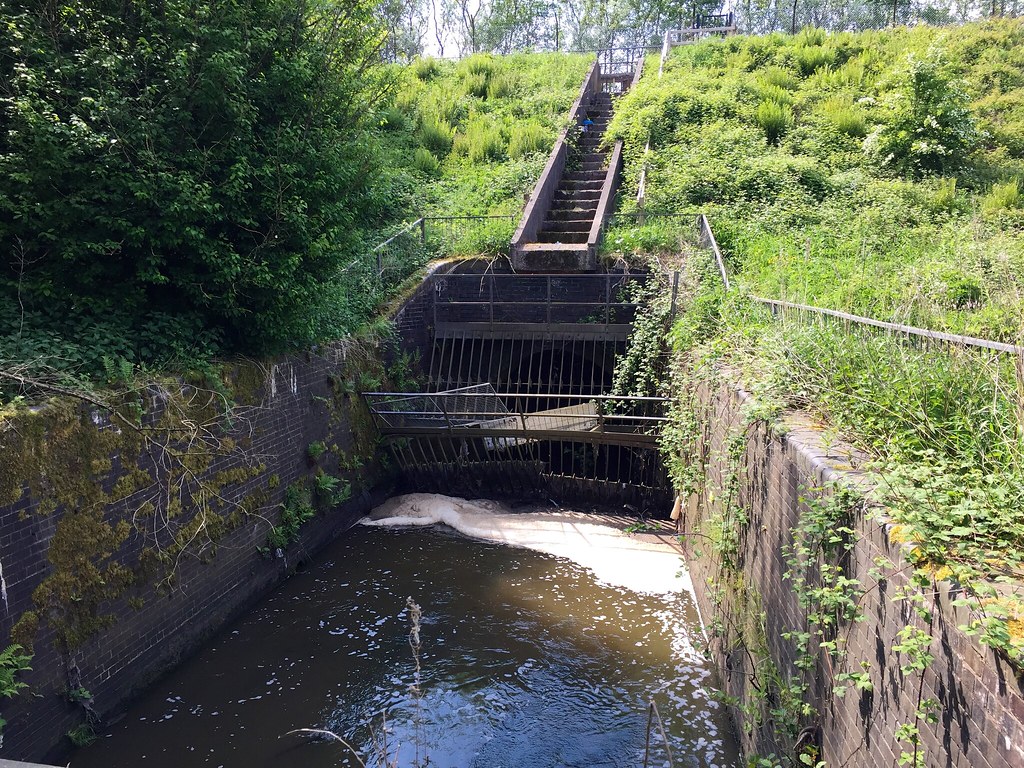