This culvert outfalls to the River Croal via two 4ft RCPs and carries a small watercourse under Bolton. 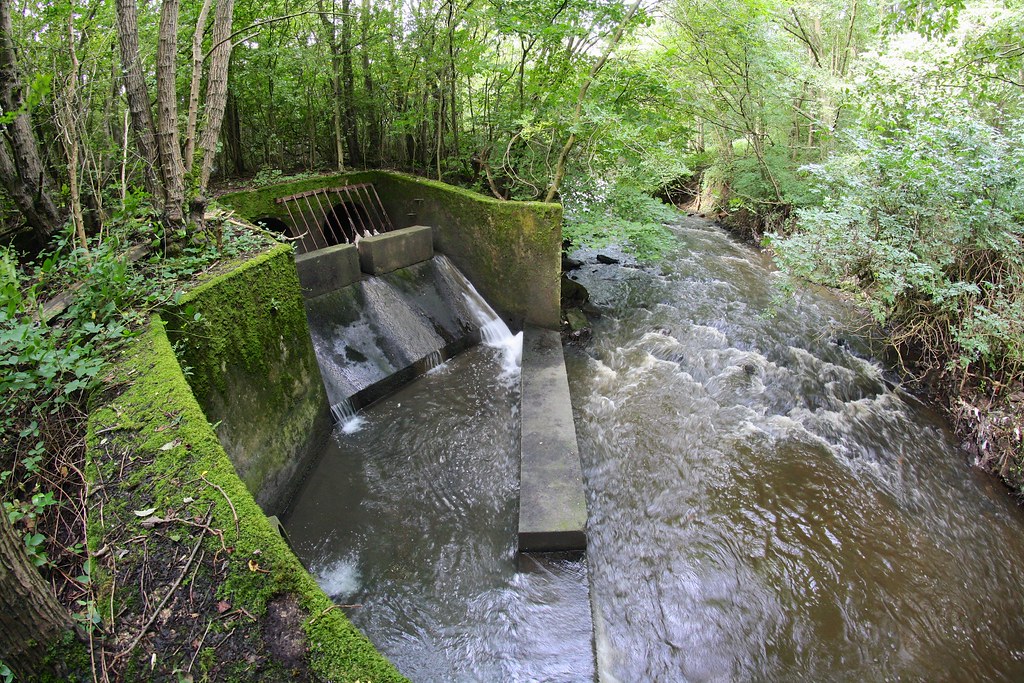 Around 80m from the outfall the pipes joined in a small chamber, the next RCP was slightly bigger and easier to walk down. 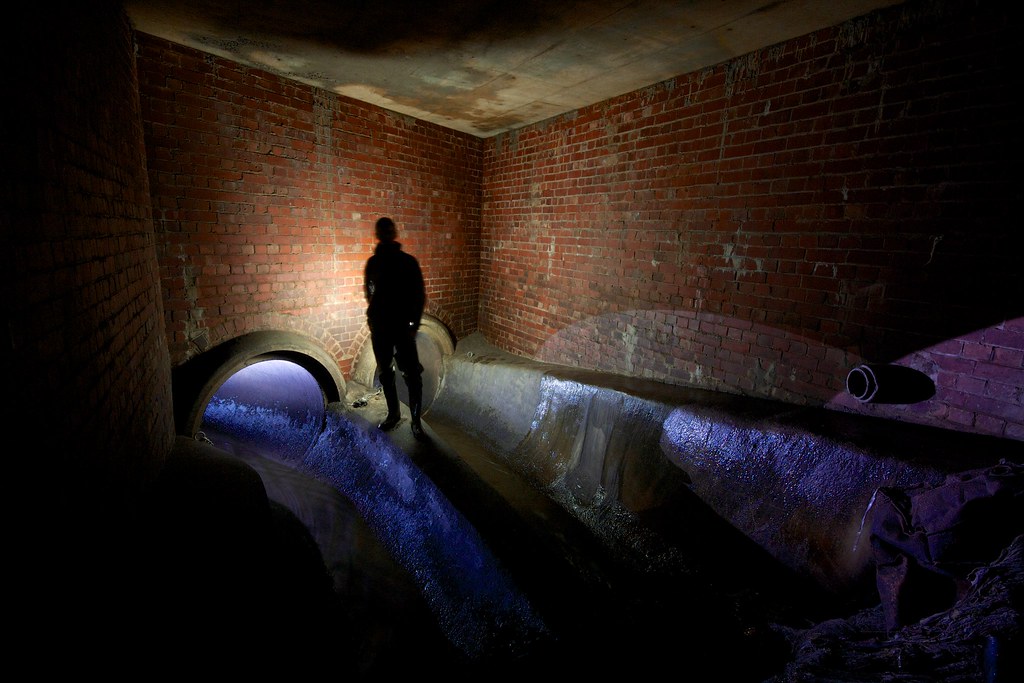 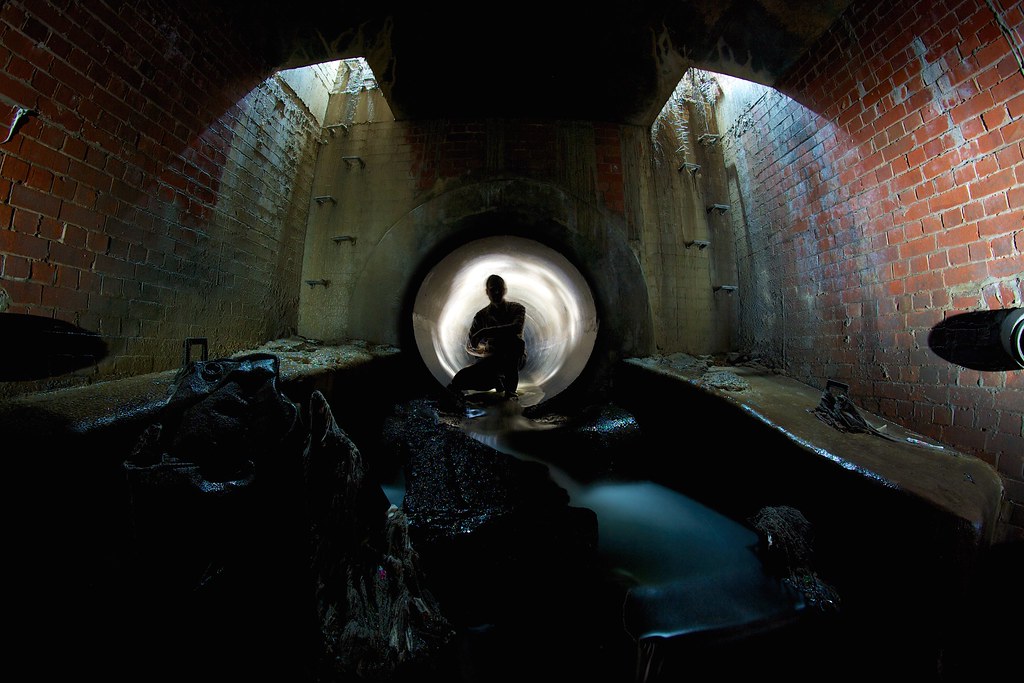 The pipe turned to brick after 100m, rather nice brick shafts gave the odd chance to stand up and take breath. After another 100m the brick expanded into a chamber, which has some lovely patterns on the stonework. 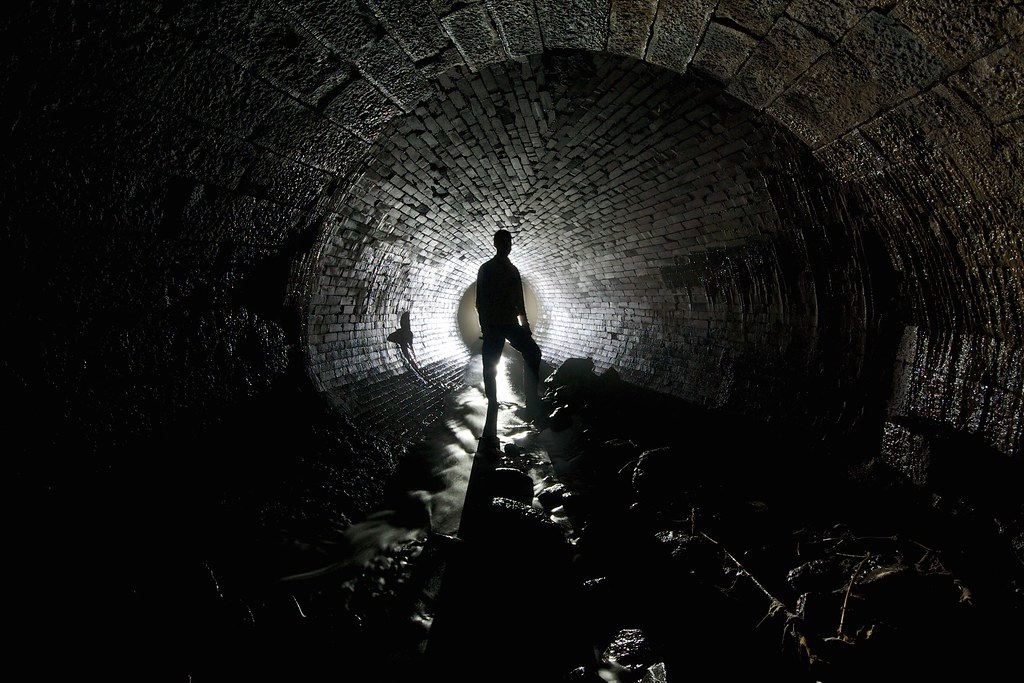 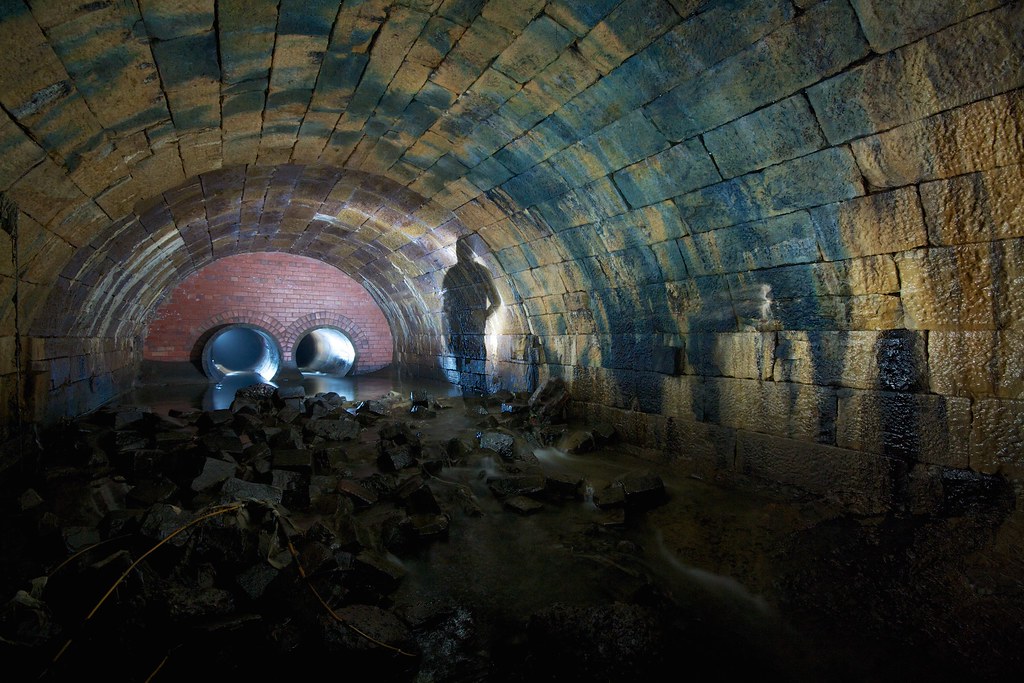 It looked like the original stone arch had suffered a collapse or needed reinforcing at some point so had been blocked off and replaced with two small RCPs.

The chamber smelt fresh and a set of small stone steps went upto a CSO just in the left hand RCP.

The RCPs continued only for a short stretch before expanding back into the original tunnel. The stone arch from the previous chamber could be seen on the wall, probably the oldest part of the culvert which had been built out further with brick on both sides, then the concrete downstream section added with the construction of a large roadway. 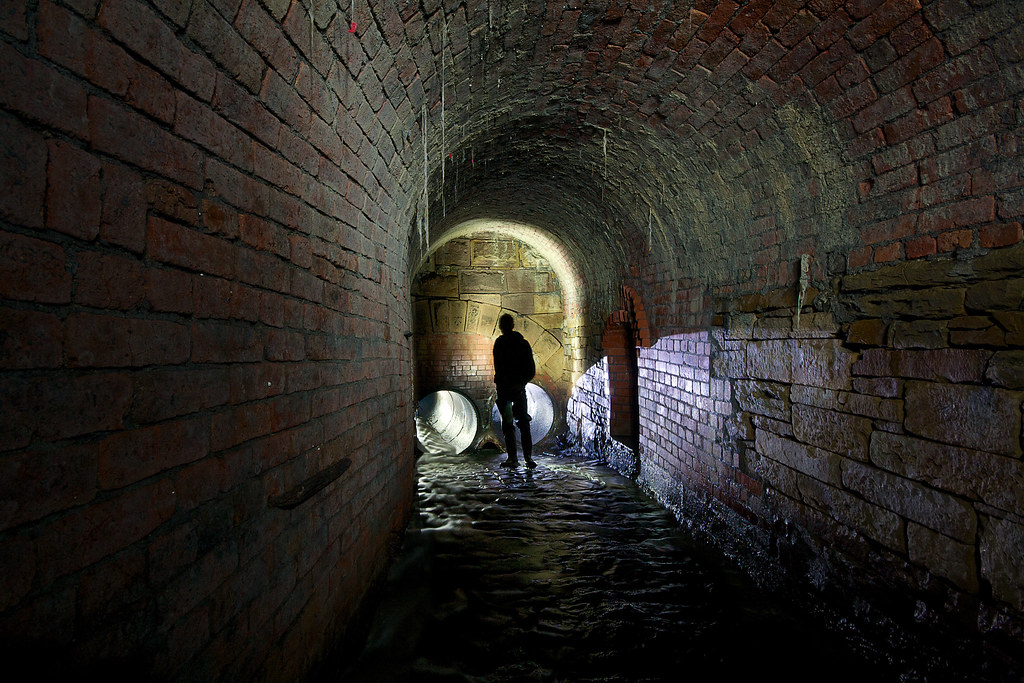 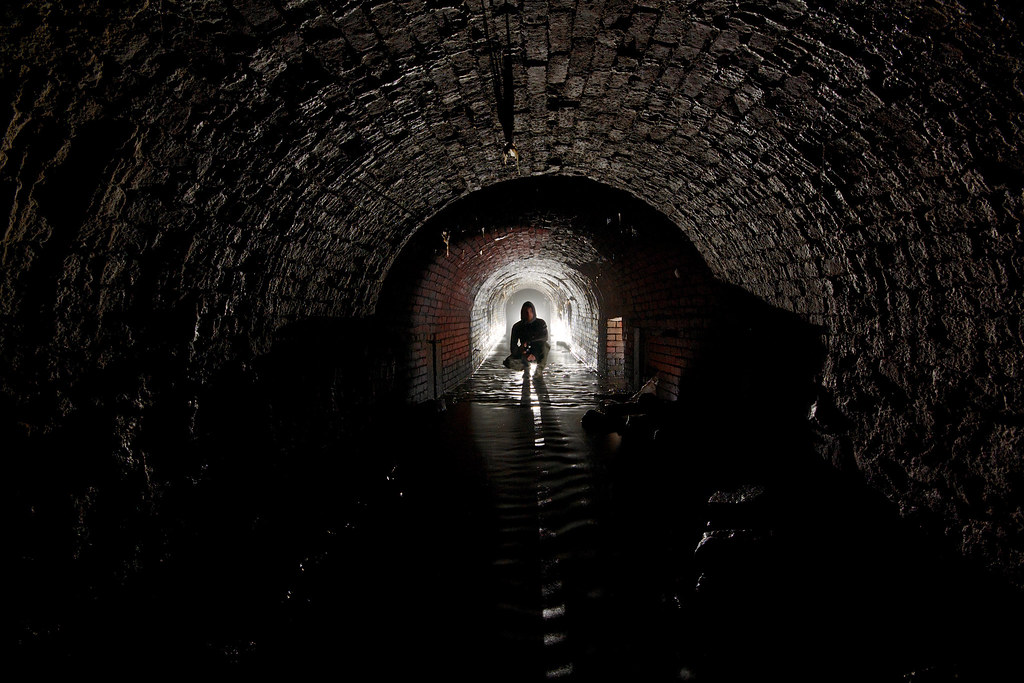 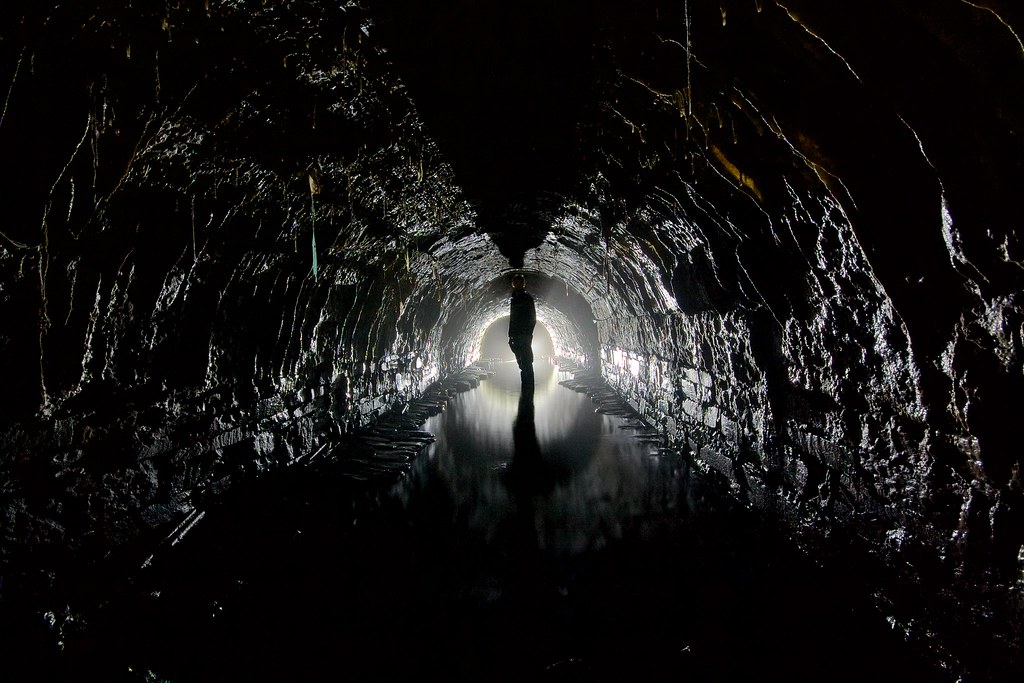 The tunnel changes shape and alters between brick and stone sections, before shrinking into a 5ft, then 3ft RBP. 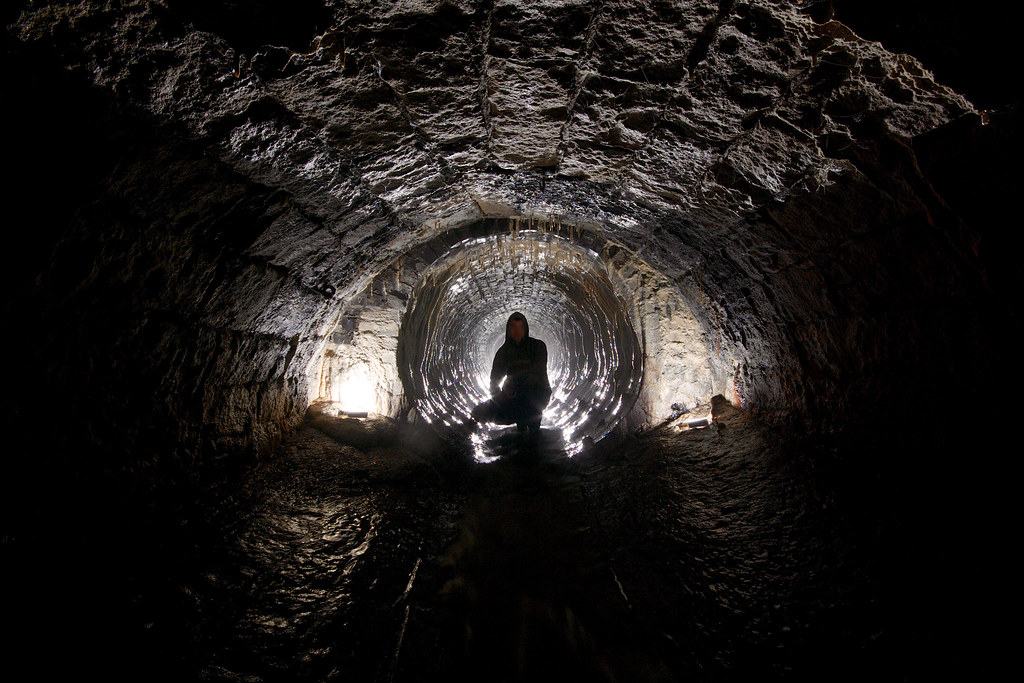 I followed this up for a while before giving up at a small brick shaft to the surface.