Last time I stood outside the entrance to the Minger the smell was enough to make you eyes water. That was in summer when the sun had baked the overflow rancid, thankfully in cold weather it was better. A roaring could be heard even from outside, yet the flow from the overflow was minimal. 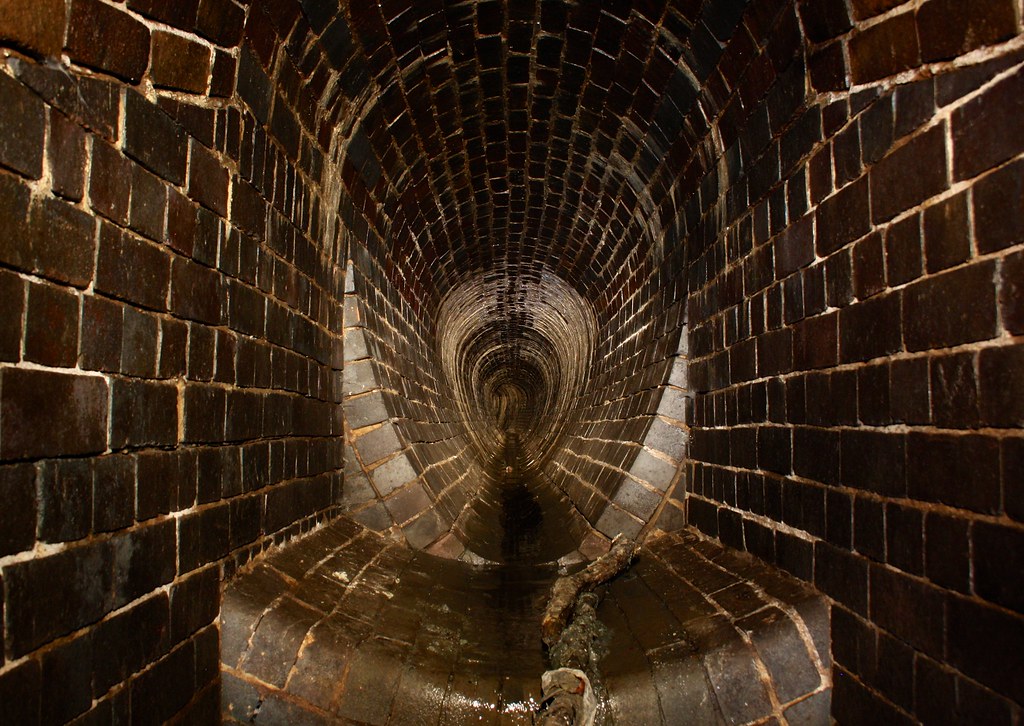 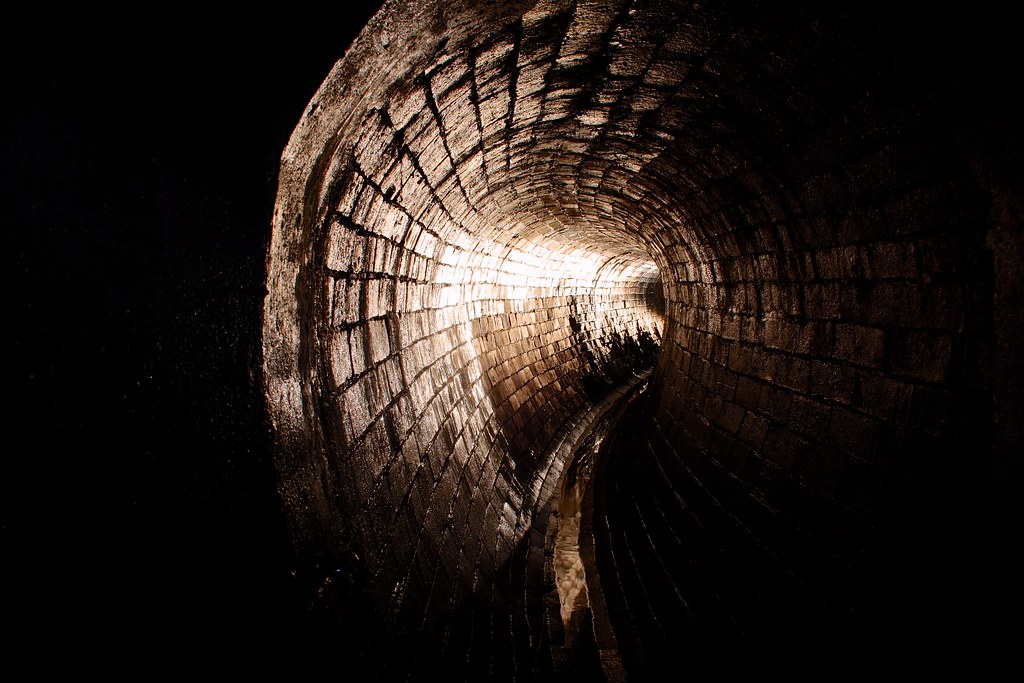 The brick egg changed shape to concrete pipe then emerged into an overflow area. Every surface here was covered in a layer of filth, you really wouldn't want to be in here when the system was maxed out and the overflow kicked in. 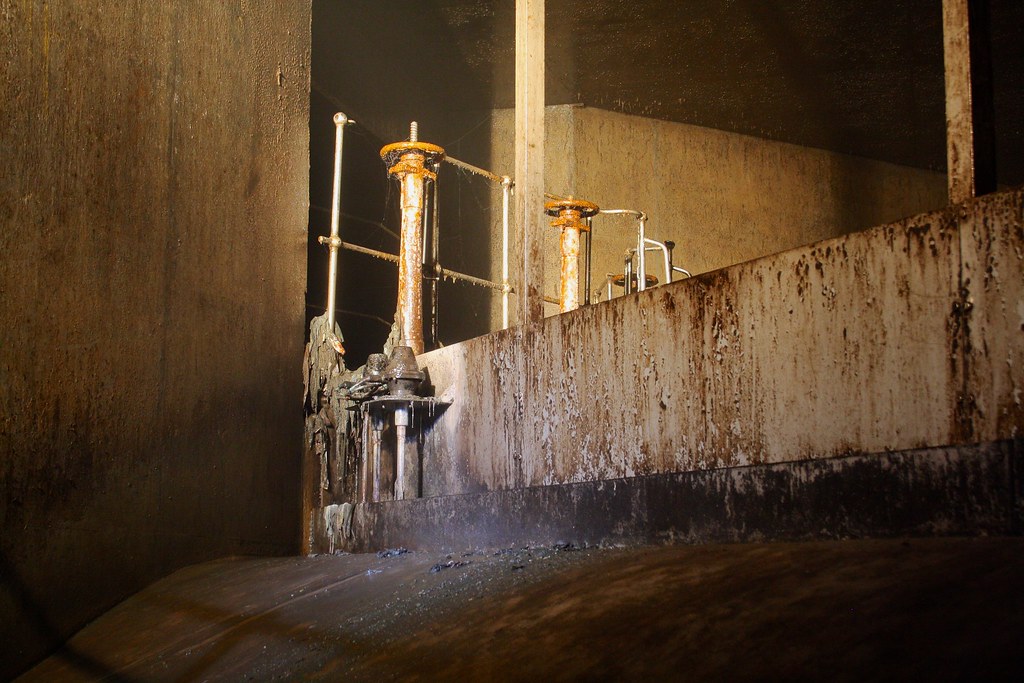 Up to the left was a bridge going to a ladder, from under the bridge water was pouring down into the tank. I'm guessing this came from an overburdened combined sewer, it traveled in channels in the bottom of the tank to the other end where it must go back into another large sewer line. When there's too much throughput for the system to handle the tank fills up, and eventually overflows. 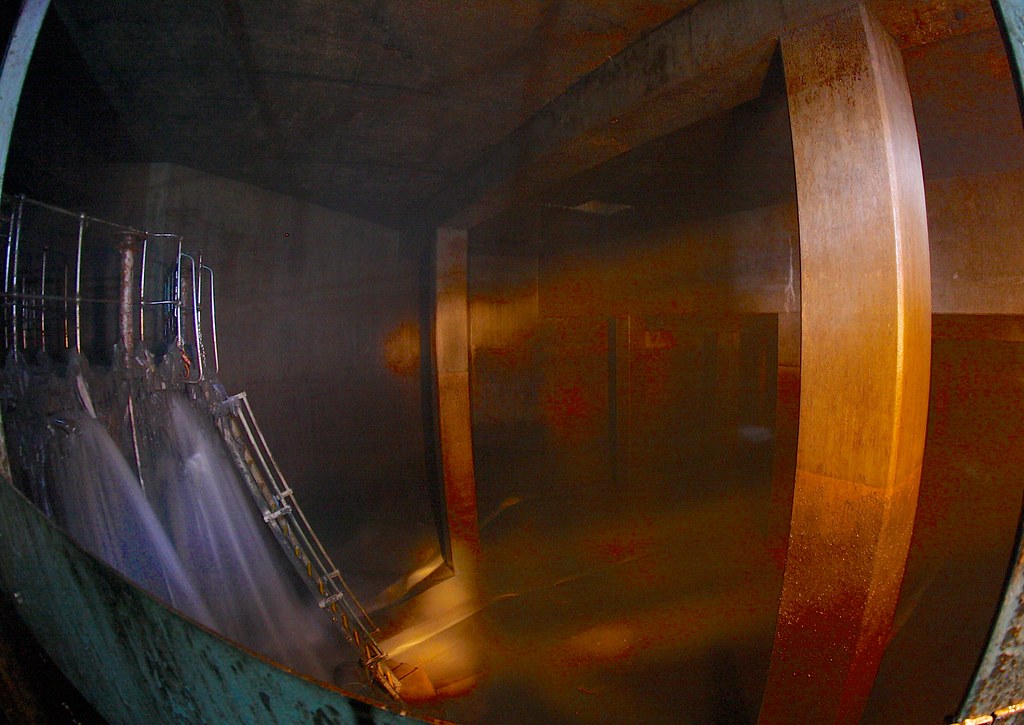 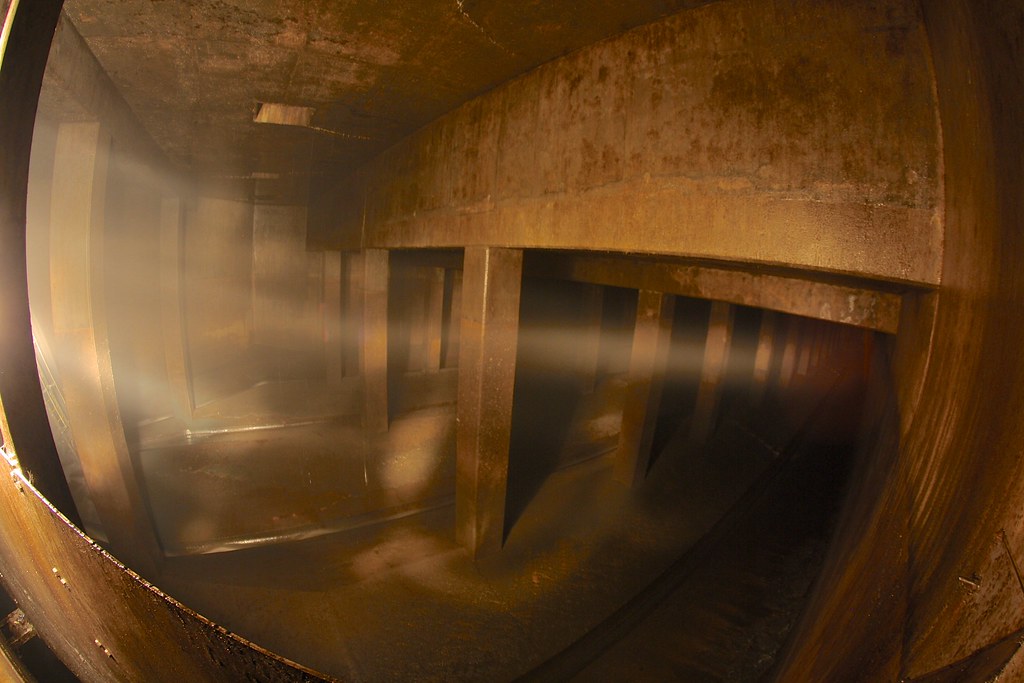 I had wanted to get into the tank and see what's at the other end, but I was alone & the waterfall was washing over the ladder. It might have to wait until when there's not been so much rain, the city keeps it's secrets for now.