I met up with toothdoctor, we headed into the water and after a bit of a wade arrived at the entrance. Steps lead up into the overflow pipe, the sewerfresh smell building with each one. 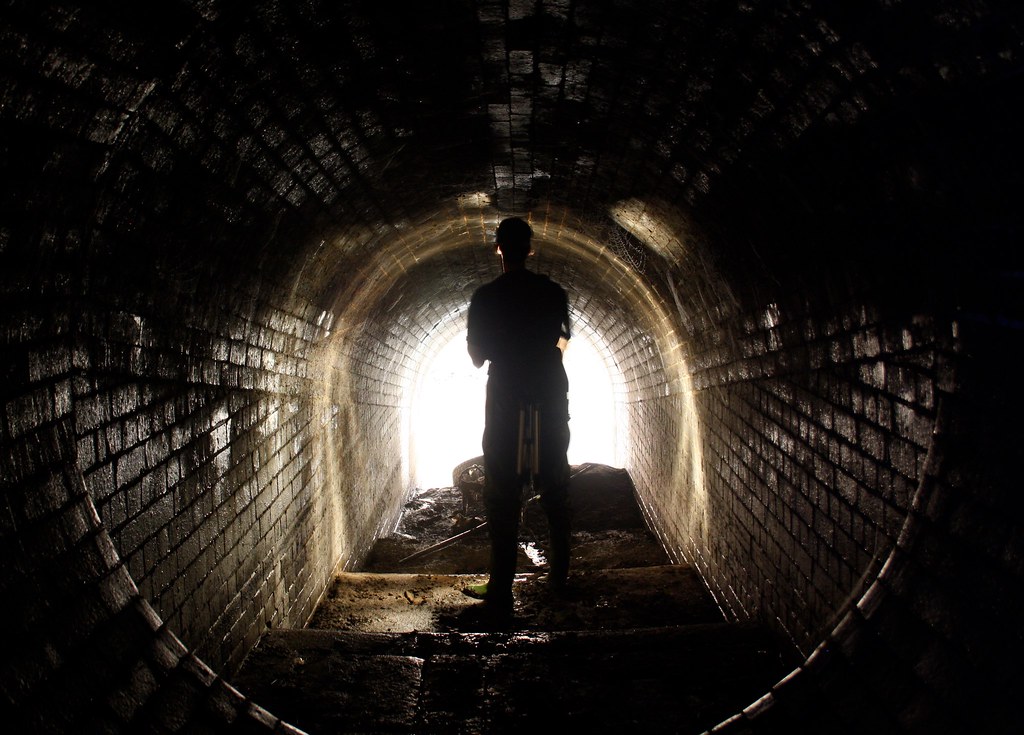 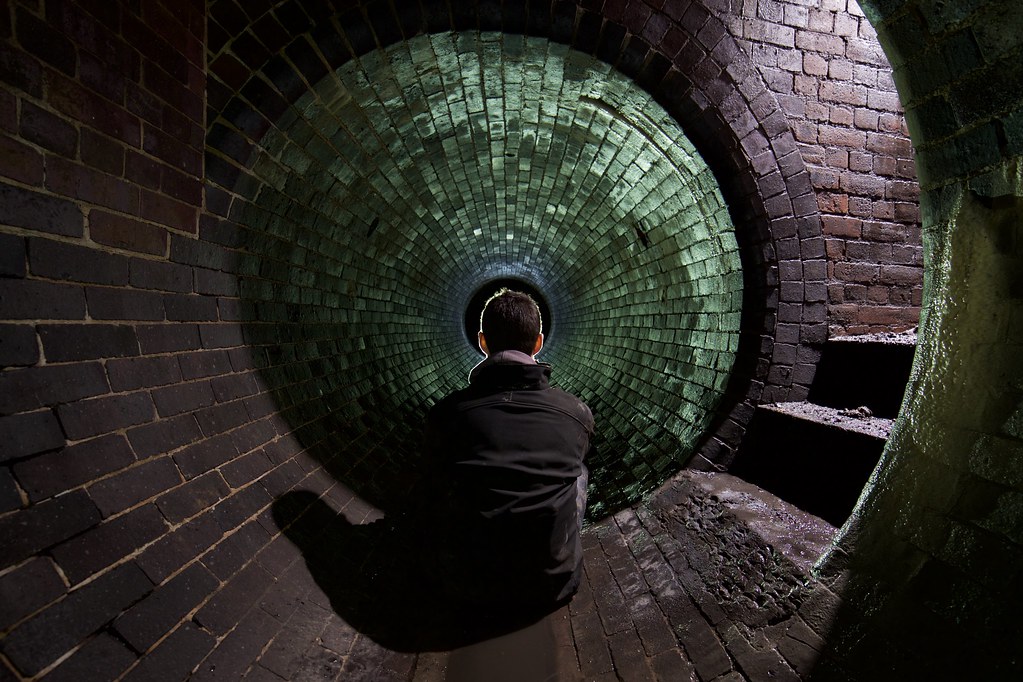 The overflow chamber held a walkway above the sewer with a penstock suspended over the flow. When the river was in flood and the level rose enough the overflow could become the opposite and allow river water into the sewers. After 1896 penstocks were installed in chambers such as this instead of unreliable flaps on the outfall.

They provided an adjustable way of keeping river water out of the sewers, a penstock lowered to just above the normal level flow would allow a constant amount of sewerage into the downstream sewer whilst keeping most the river water out. The disadvantage was to get the optimal dilution somebody would have to manually rise and lower them in accordance with normal level flow and the size of a storm. After the penstock the sewer flowed down a cascade, unfortunately it was too dangerous, with the fast flow and slippery floor, to get near the edge to see down. 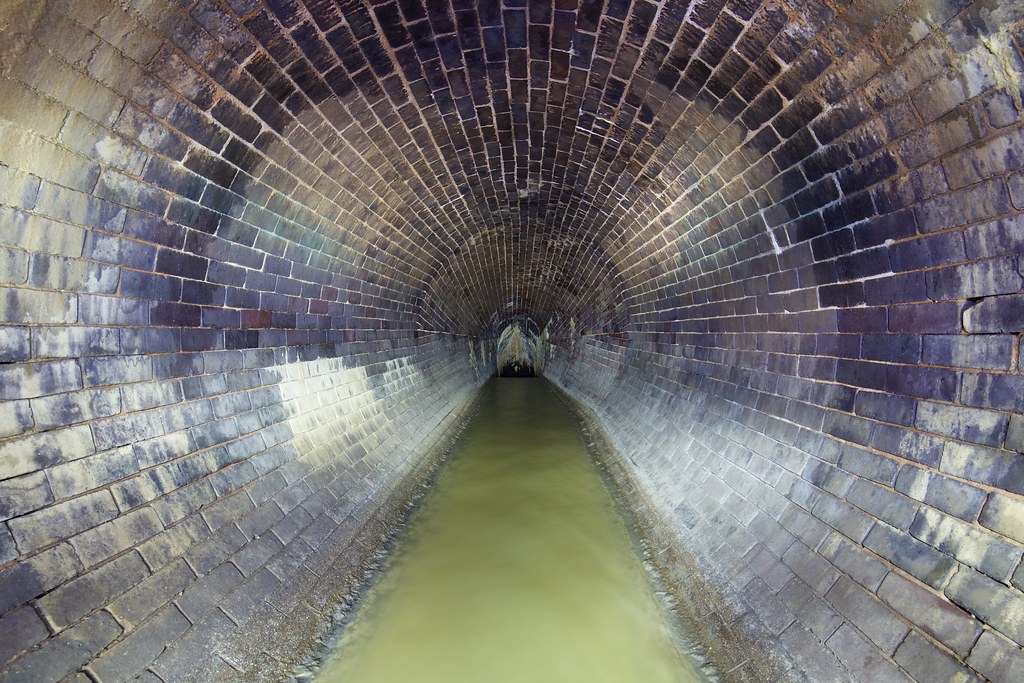 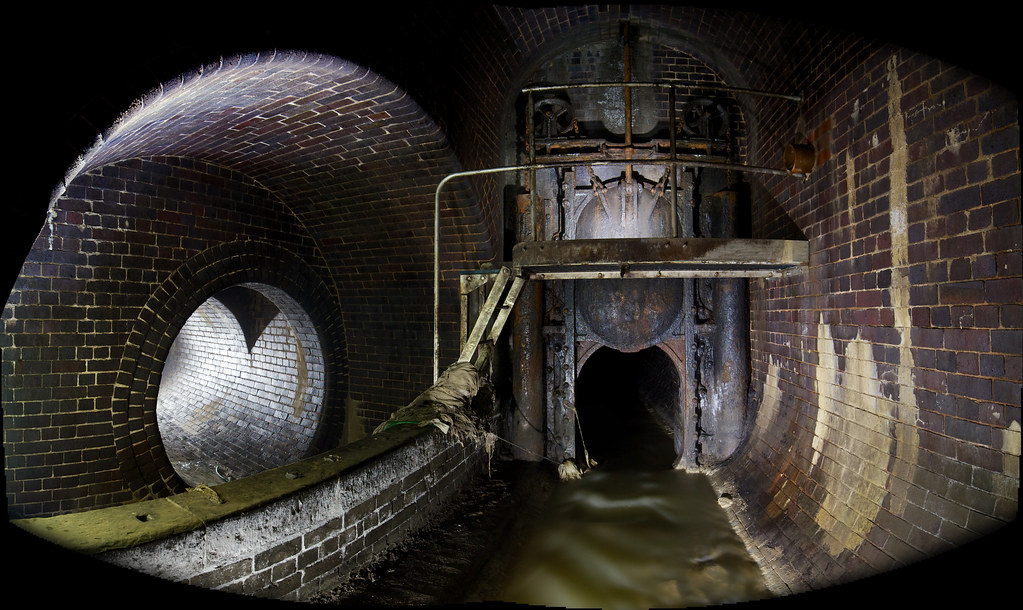 We went upstream where sidepipes gushed, a rat ran and fat reduced walking to an attempt at a controlled slide. 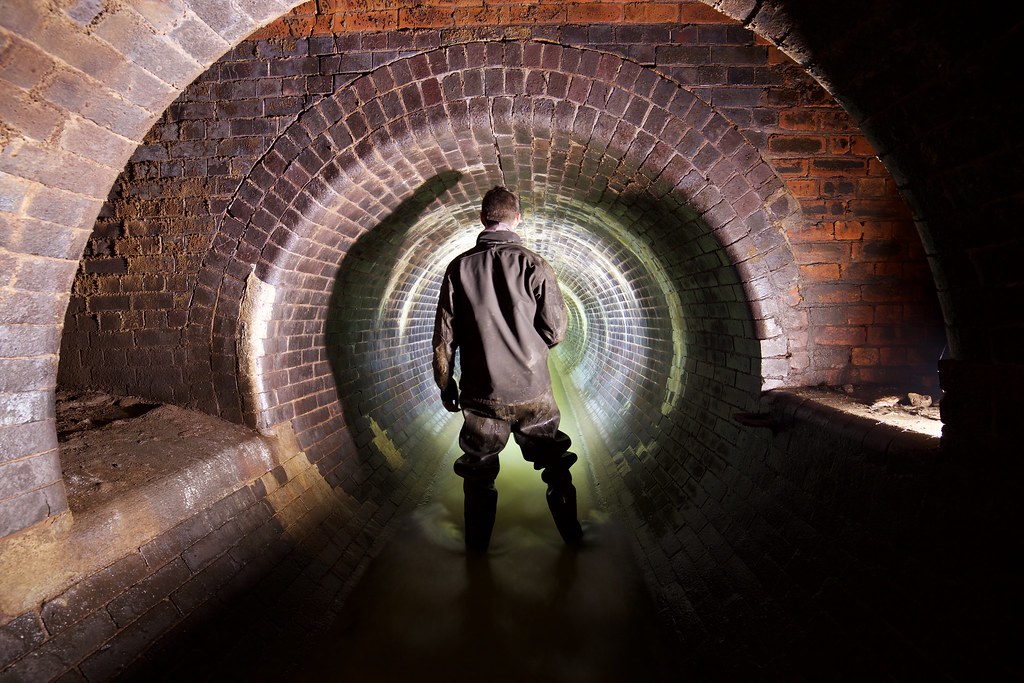 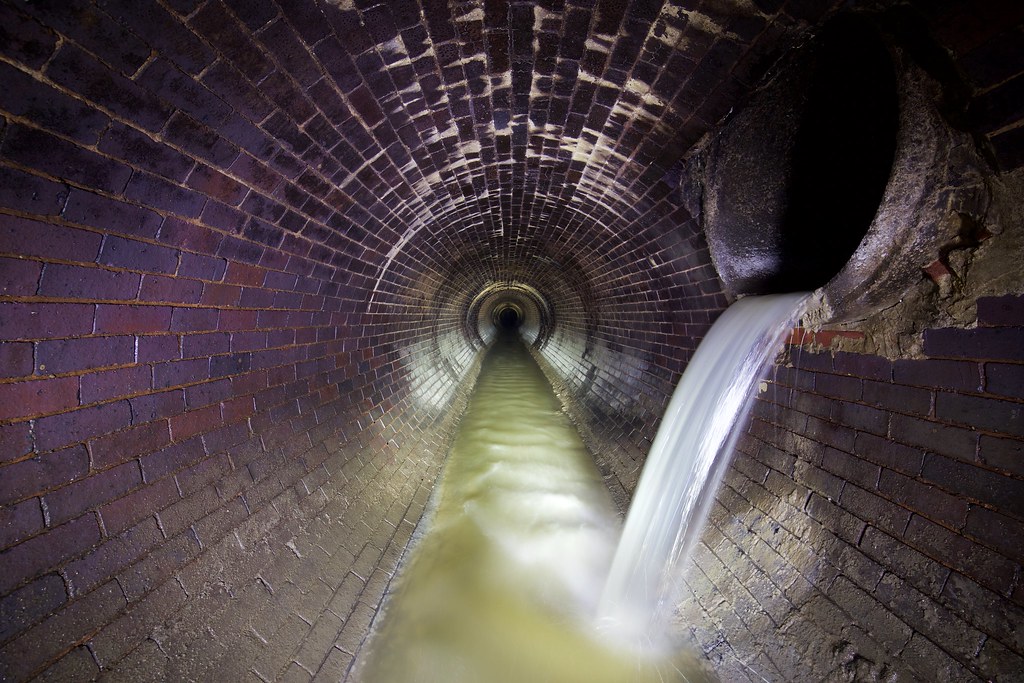 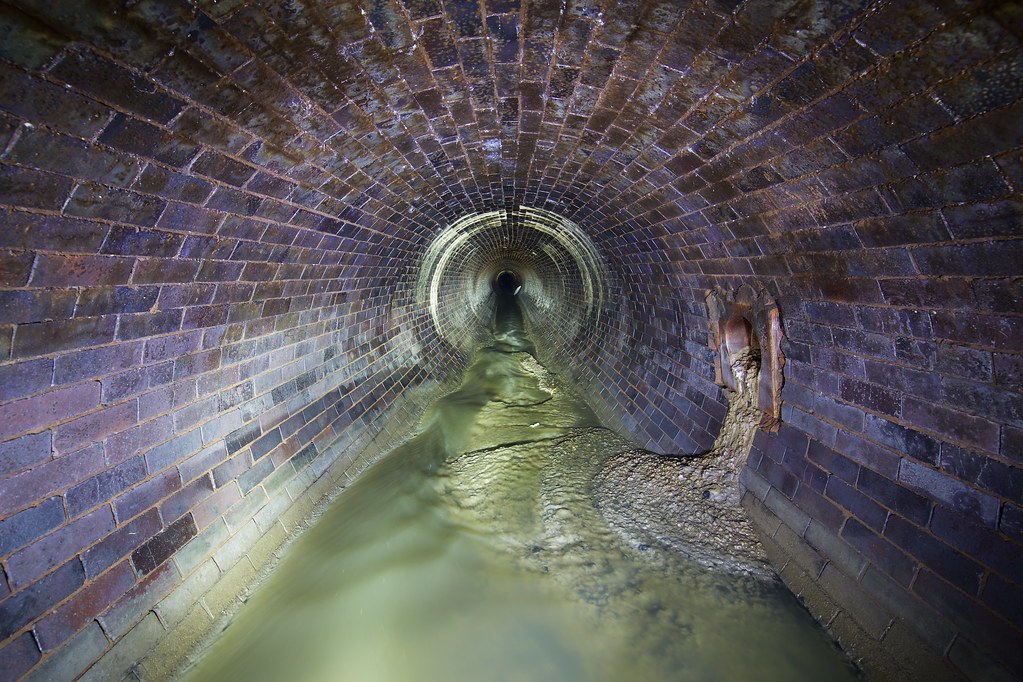 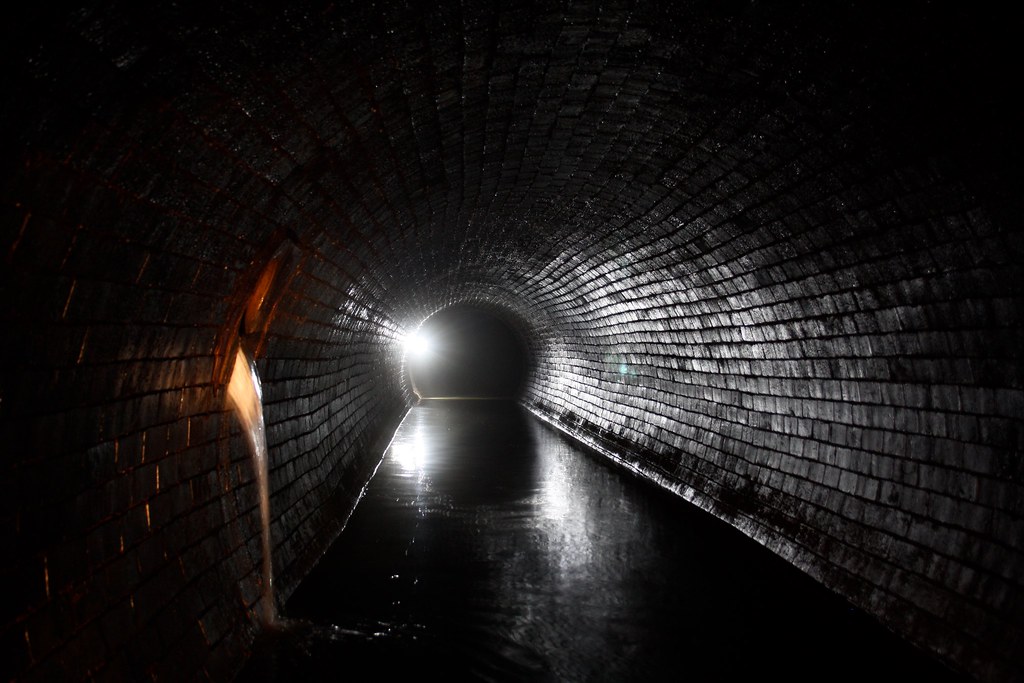 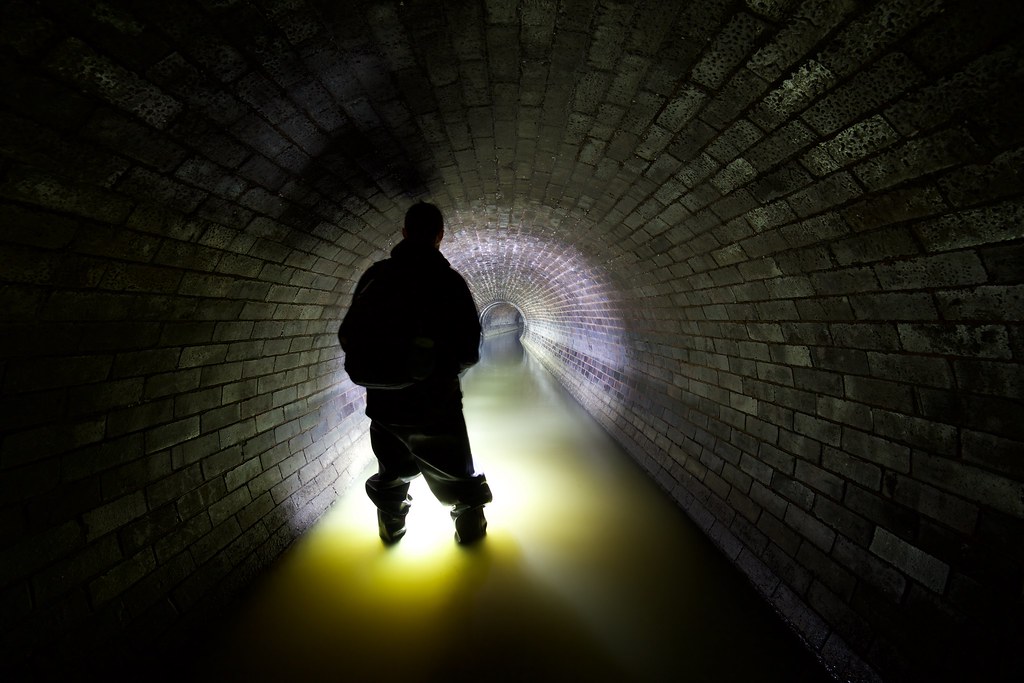 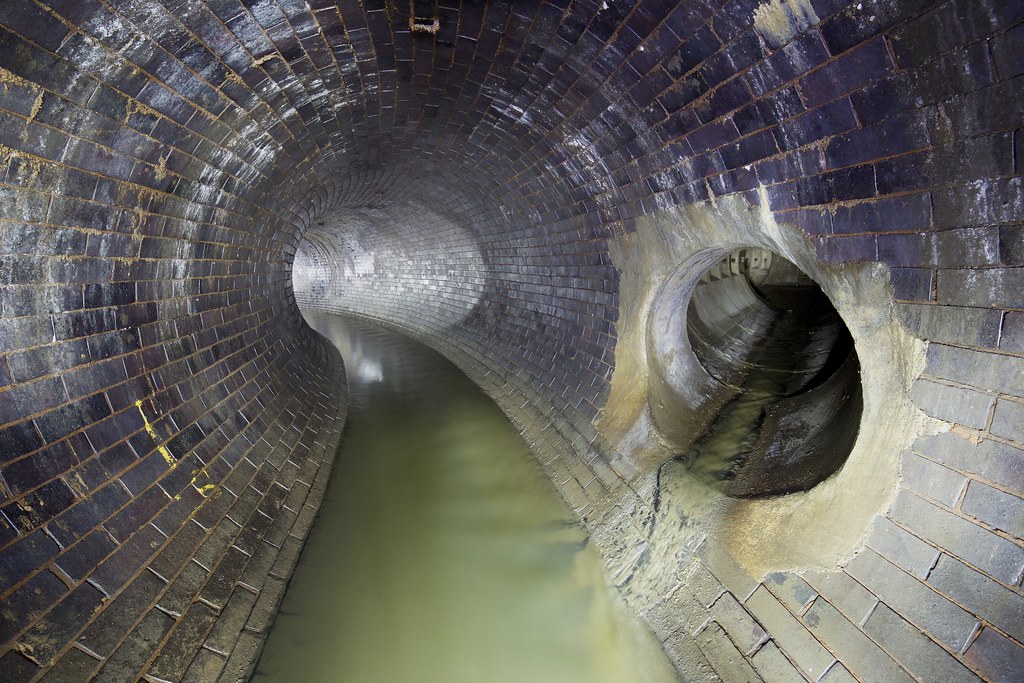 Just before the sewer performed an S bend there was a side pipe that unlike the rest we had passed actually looked walkable within. In the bolted concrete pipe was stagnant sewerage, it was just about possible to walk down with a foot either side and keep dry. I forgot at one point and even one foot in the filth was enough to set off the gas meter. 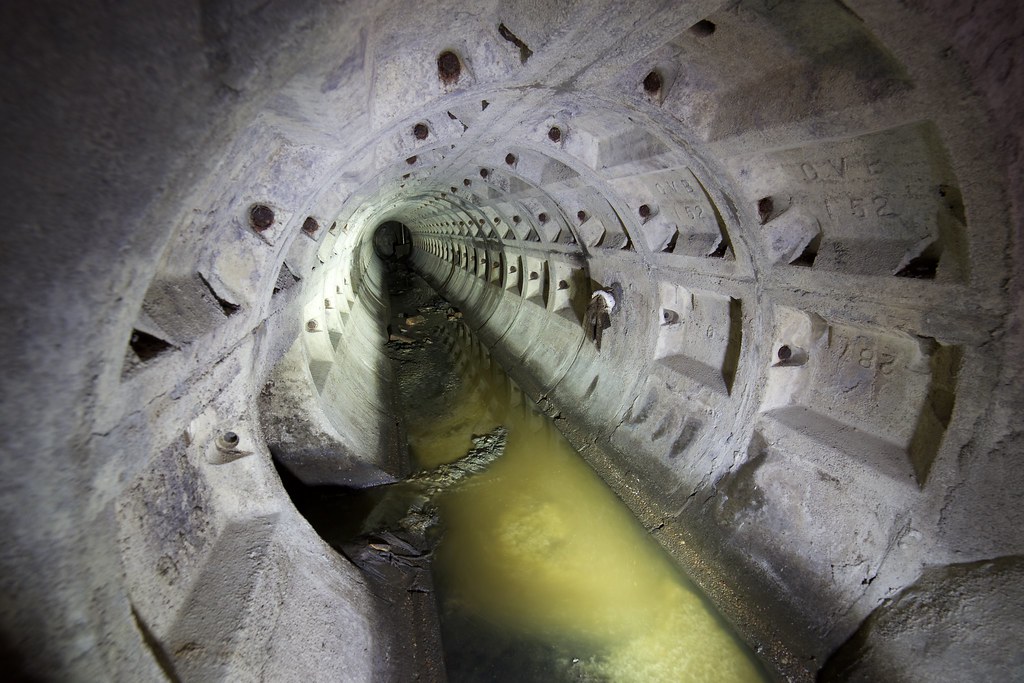 A chamber at the end lead to another with a small dropshaft and what looked like a small old sewer. We were near Piccadilly train station at this point and judging by the occasional noise from above, directly underneath the tram lines.

After a time the going got slower, the pipe shrank a bit and we called it a day, the return to Manchester's city air has never been so welcome. 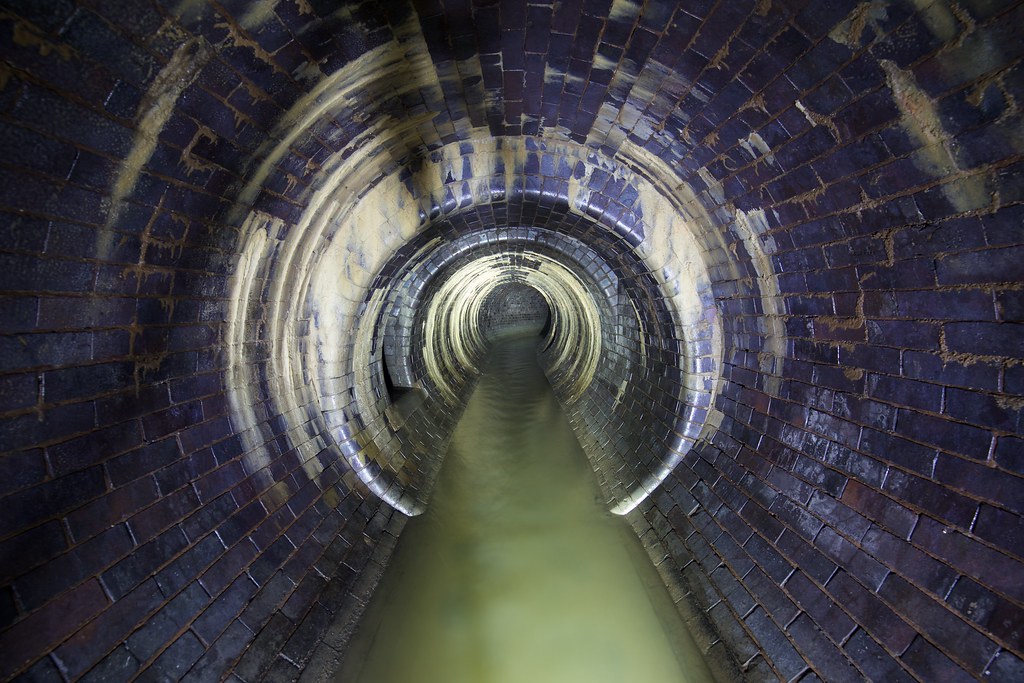