Located near one of Manchester's fringe towns are two large CSO tanks. I managed to have a quick look at one of them on a bright sunny day. The tank is built from concrete and is one of the largest underground spaces I have seen. Apologies for the poor photos but this was daytime access and I was anxious to get out quickly.

Climbing down the access ladder I found myself in a circular landing space. 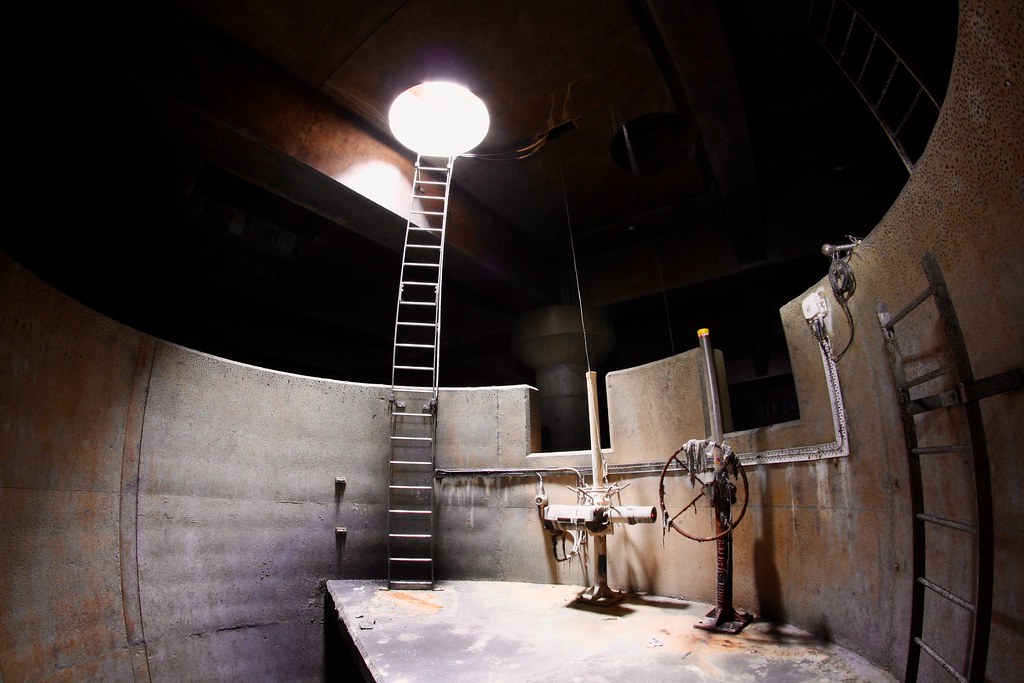 Slots in the column allowed the tank to be seen, the photo does not show scale well at all. The distance to the walls and concentration of mist ate lumens, so even a minute's exposure failed to properly illuminate the space. 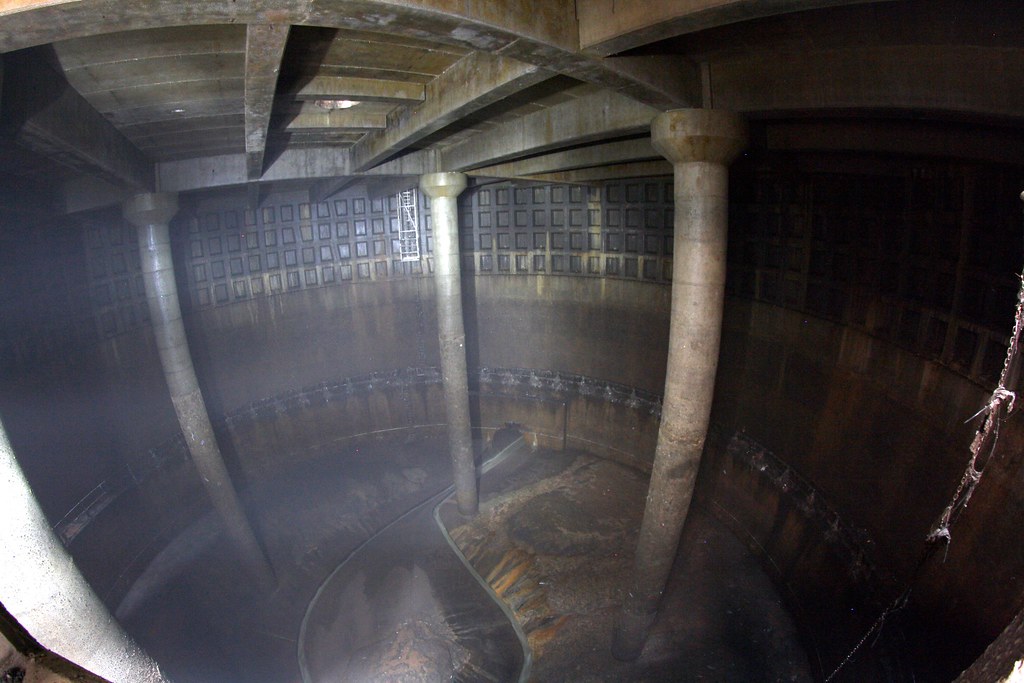 This place is dangerous, an unprotected ledge gives way to a drop of around 60ft. Strangely the lower landings had railings, upon further inspection it looks like the upper railings were unbolted and must have been stolen. 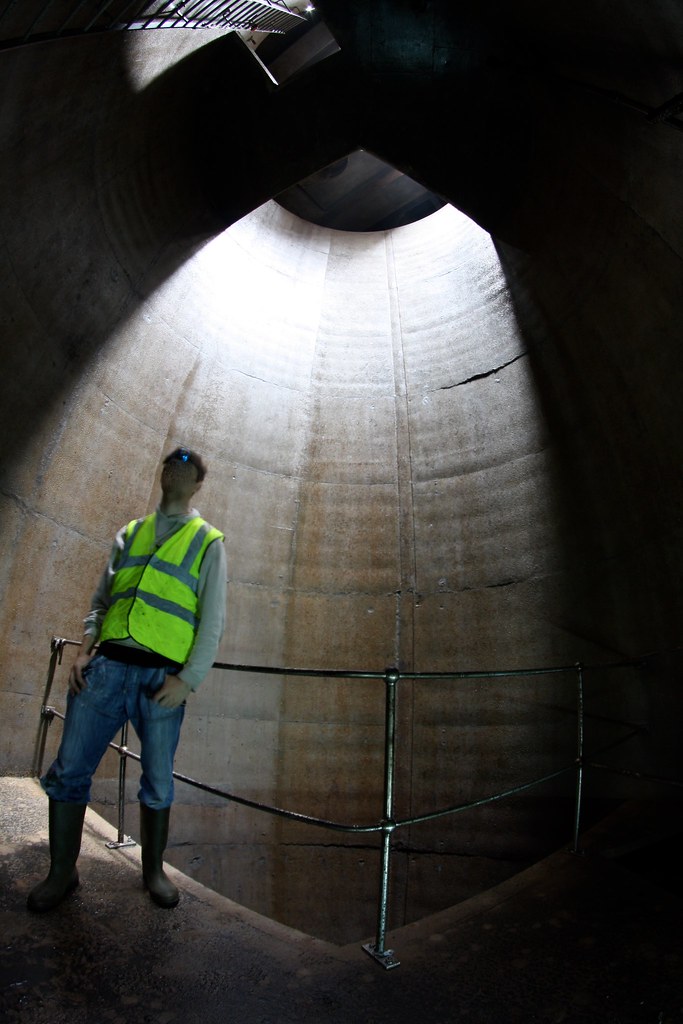 The column has 3 landings, at the bottom were penstocks which controlled the flow out of the tank through the column. They were controlled from the top landing via metal rods that connected straight down. An RCP also joined here but I'm not sure of it's purpose, possibly a bypass for when the tank is full? 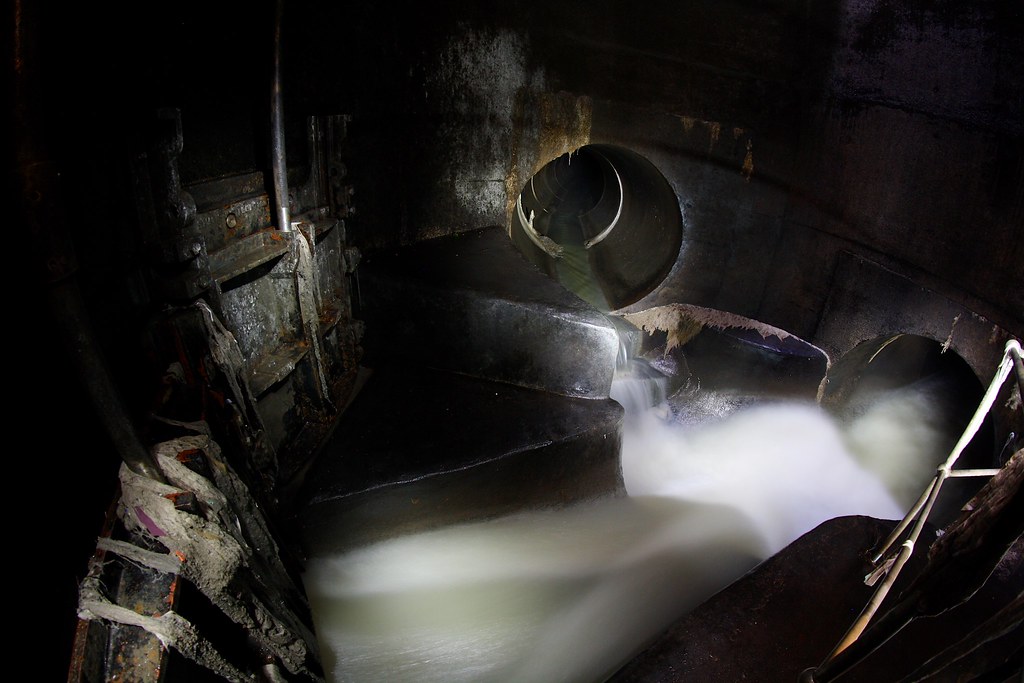 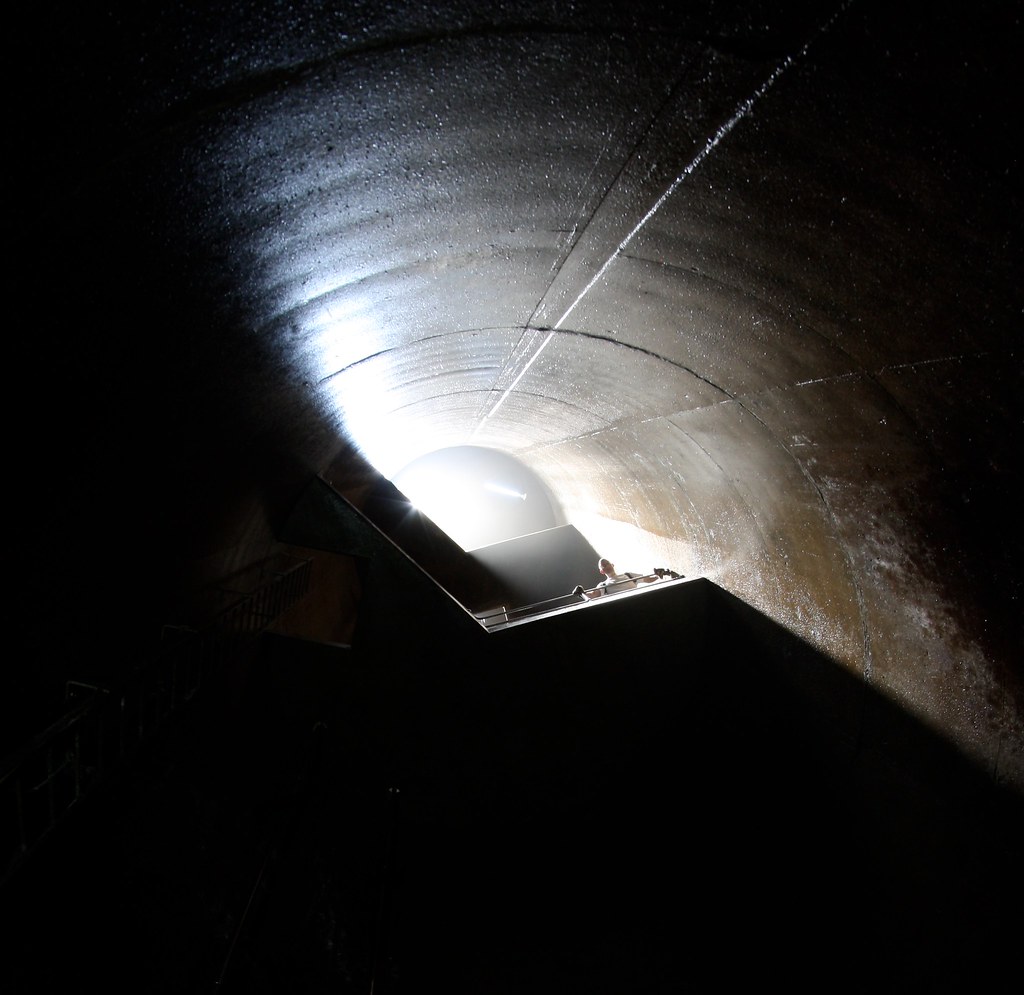 I returned to take a proper look with Nckt and Jim Gillette. We stood at the manhole about to go in, after it we saw the access ladder had disappeared. Looks like whoever had stolen the railings had come back and taken the ladder. We tried a few more manholes and found the way in.

Seeing the tank from above didn't prepare me for how big the tank actually was. After navigating the long ladder down we made found ourselves in a Behemoth of underground construction. 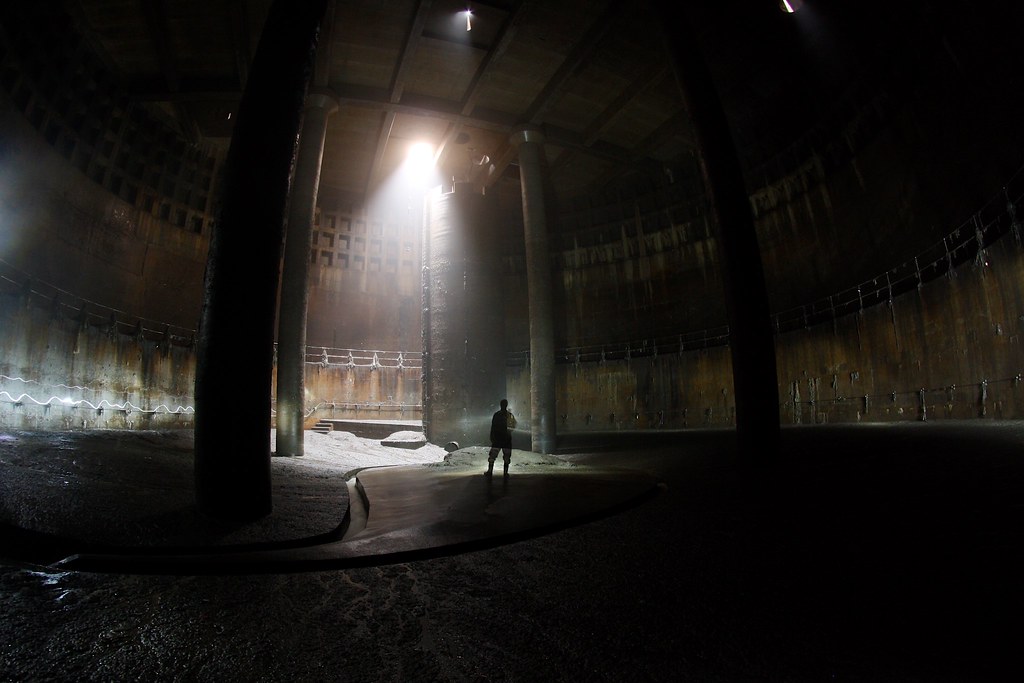 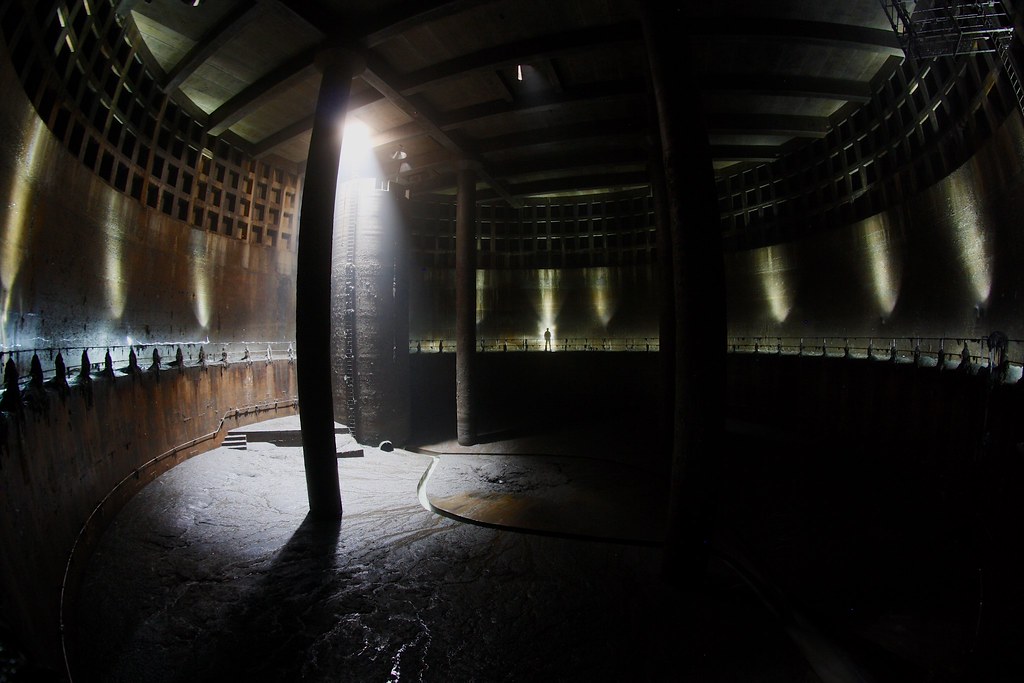 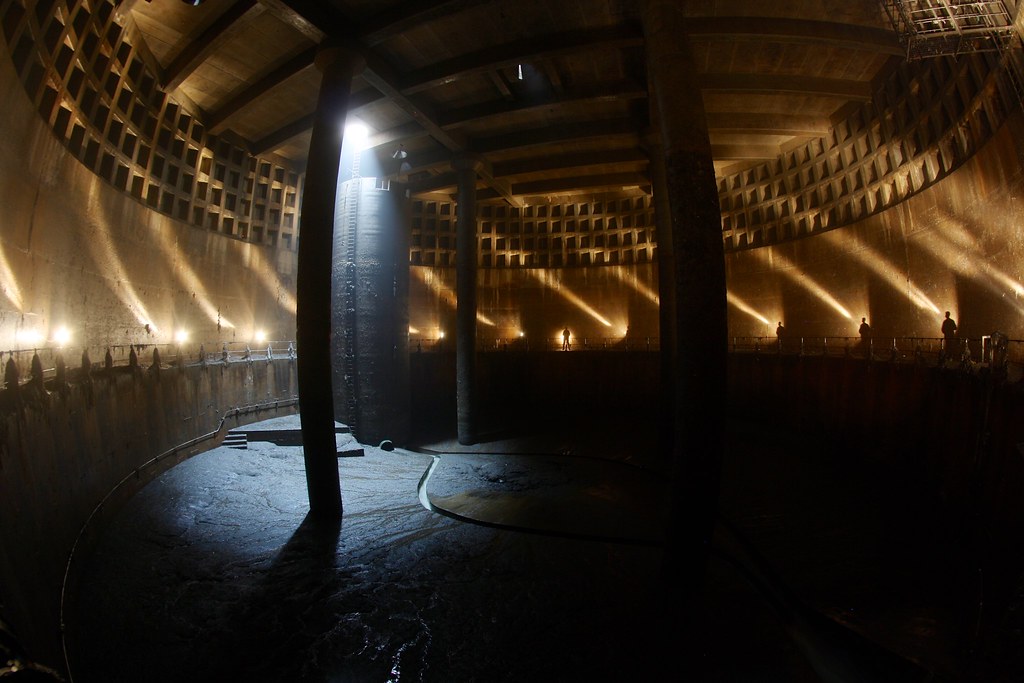 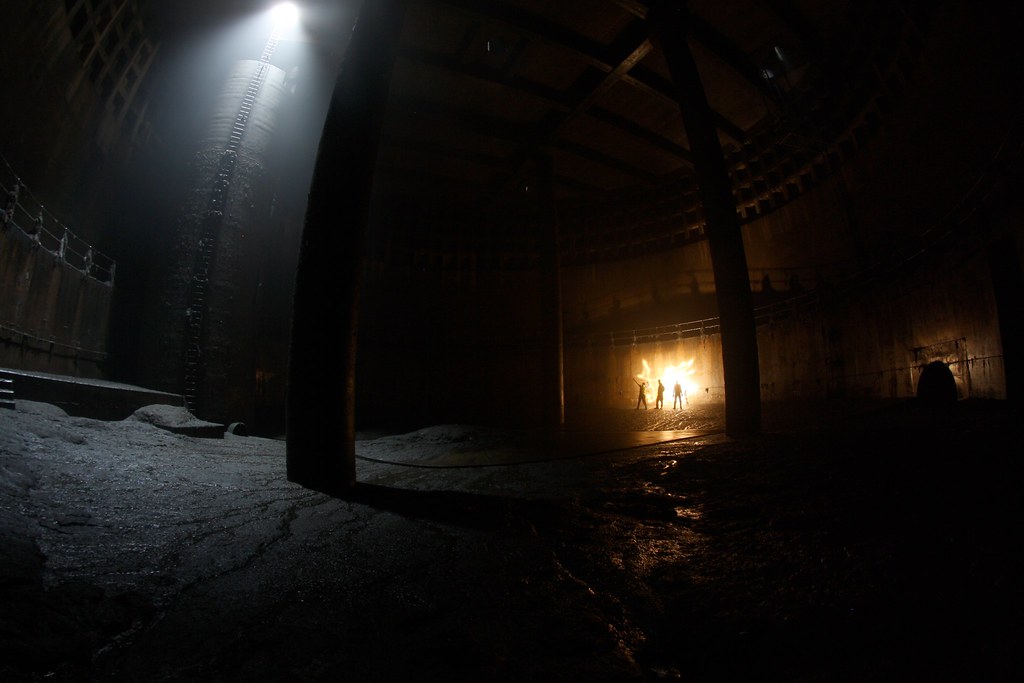 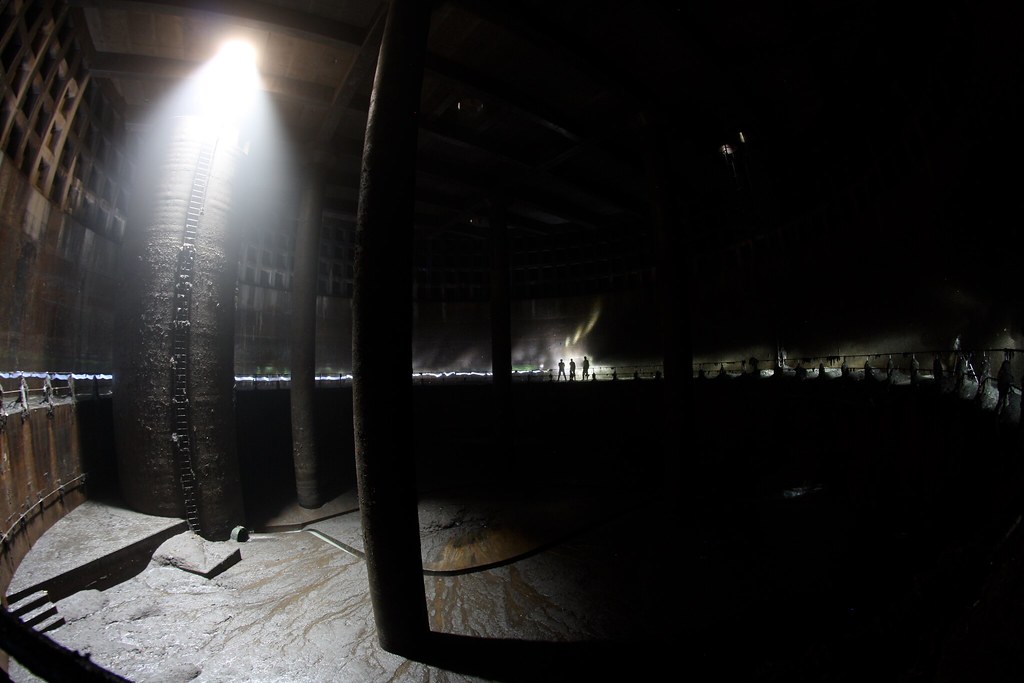