TheVicar and I found ourselves in a stoopy concrete box culvert which seemingly went on forever. A distant roar could be heard which compelled us to continue despite the growing ache in our backs. After what felt like an age the tunnel changed to round concrete pipe, then to brick and at last the stoop was over. 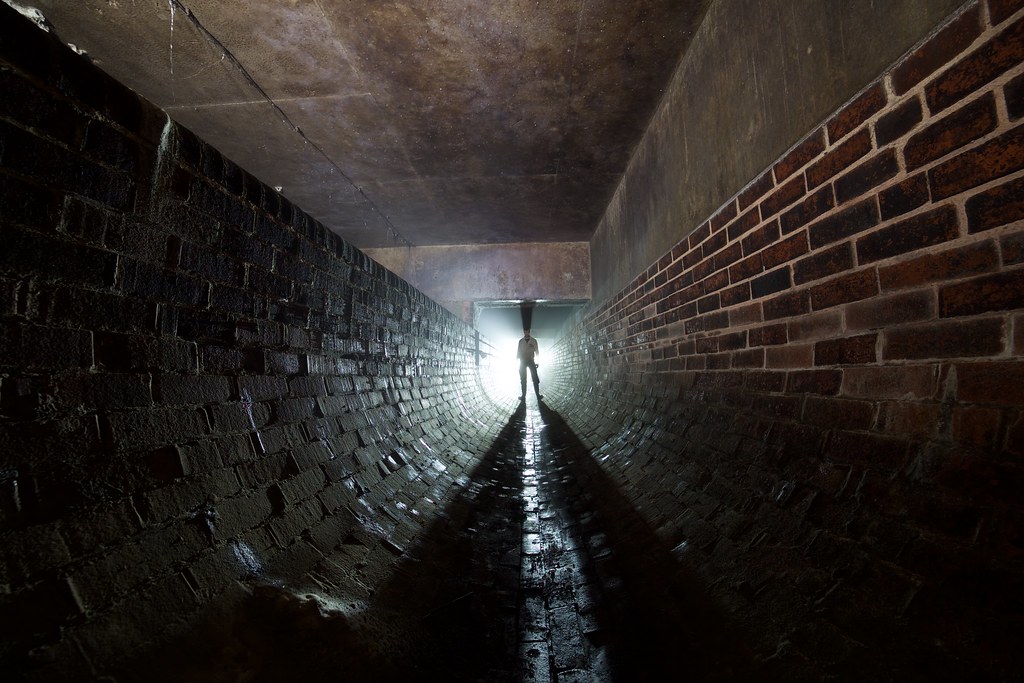 We were in a long chamber with an overflow weir to one side, all fairly standard from initial appearances. Upon climbing stepirons set into the weir side the incoming sewer could just be seen leading in from the far wall. From hereon in every surface was covered in a jelly like fatty slime, it hung off guard rails as snotsicles. 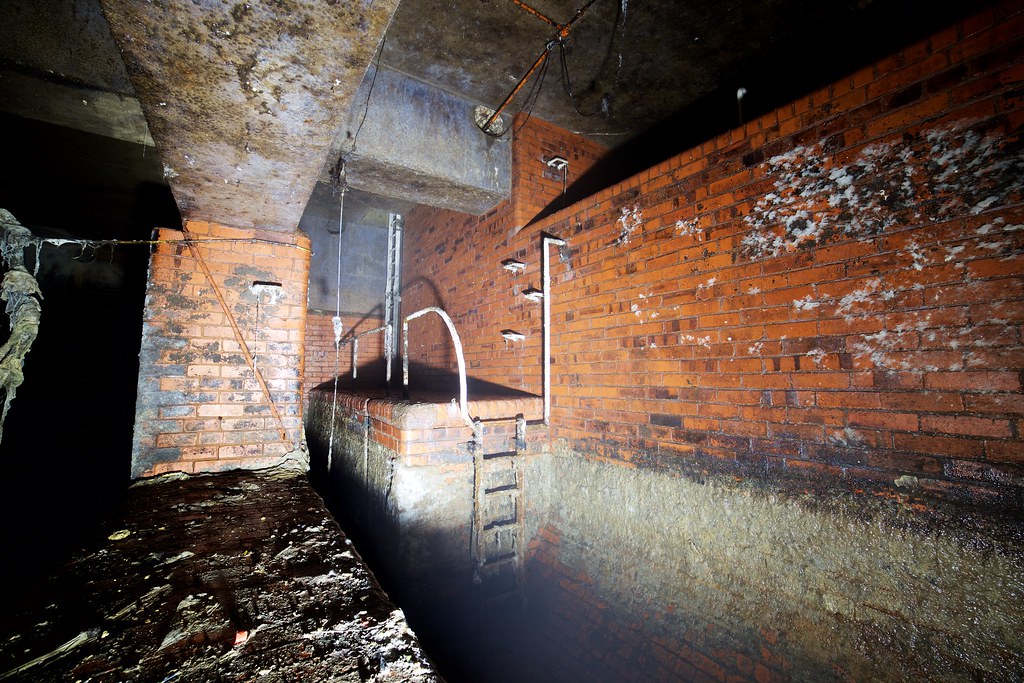 The sewer disappeared into a small pipe in a crashing of water and cloud of mist. Above this a slot in the wall granted view of a massive space. Occasionally the clang of a car on a lose manhole ripped through the chamber like thunder. 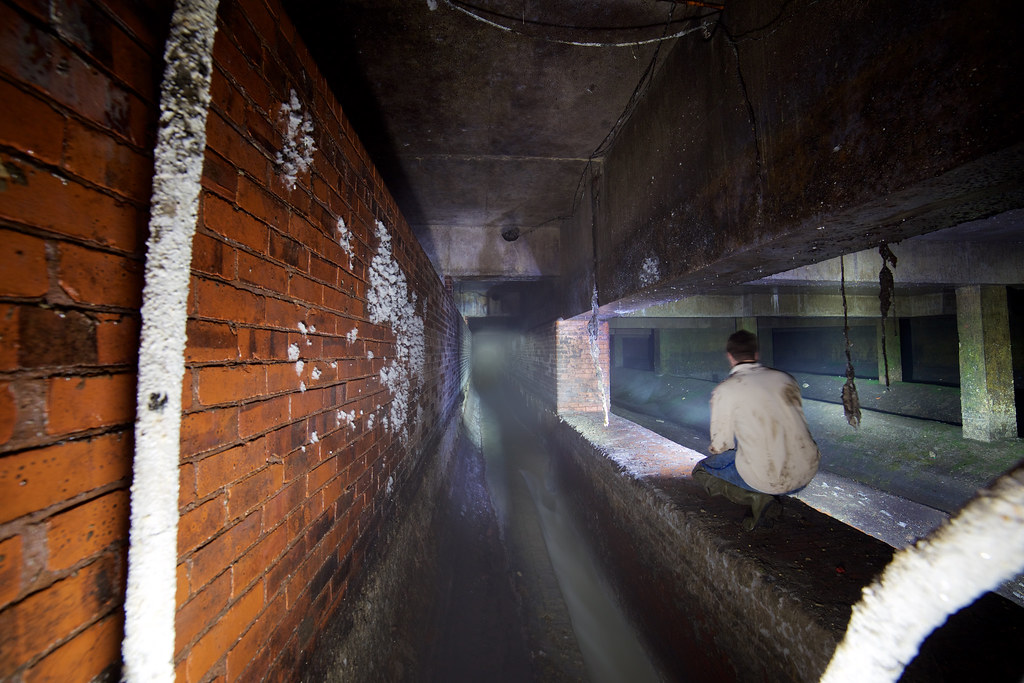 Rodents scurried on the rolling hills of brick benching which were adorned with greenery growing in the fertile filth left from the sewers last spill.

I will not cease from stooping fight, Nor shall my torch lie idle in my hand: Till we have imaged Jerusalem, this green unpleasant Land.