Heaton Park has various small waterways snaking through it, when I first saw the sunken channel I presumed culvert. It was in a clearing in a wood, and had concrete surface structures that suggested something going on underneath. I approached the channel from the downstream end: 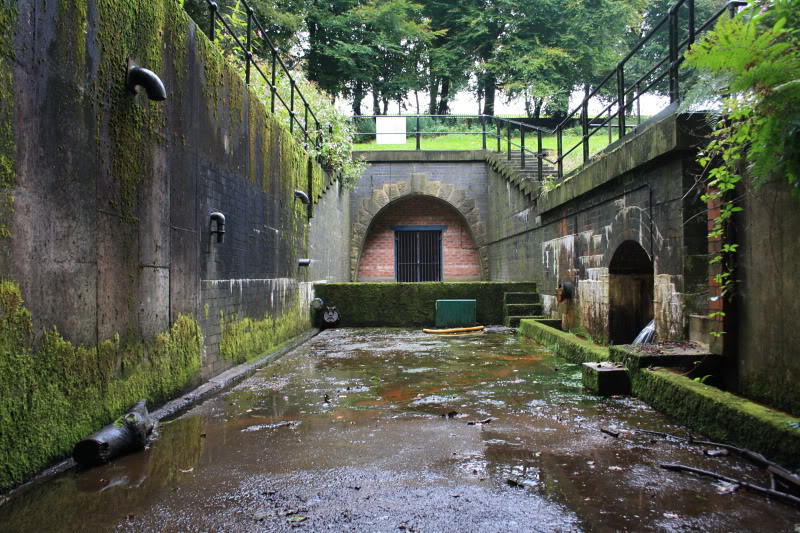 A small pool was fed from a pipe, this flowed through a small arch and was home to the source of the water for the rest of the brook. 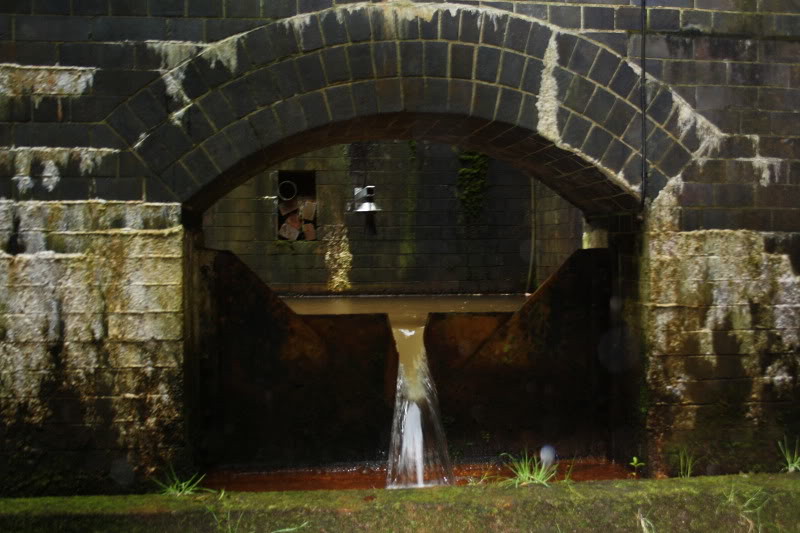 A tunnel portal at the end of the channel was barred up, looking through was a newish looking set of stairs going over what looked like a cast iron pipe. The tunnel continued beyond my torch range. 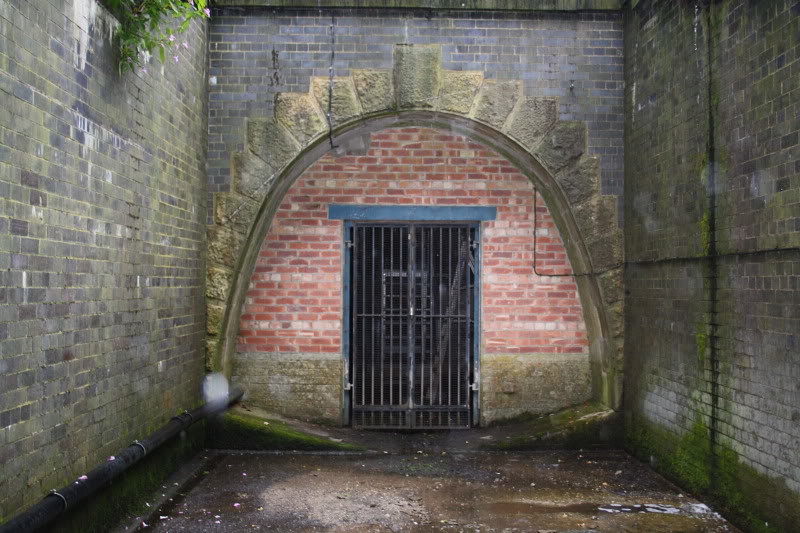 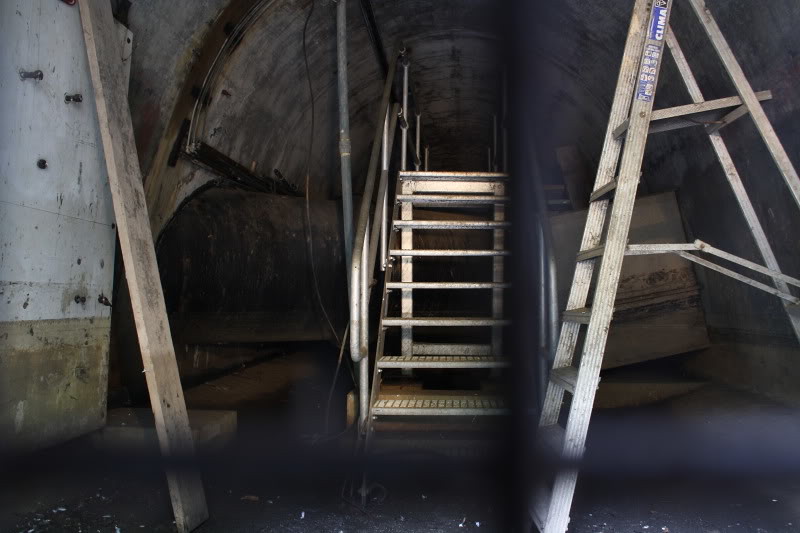 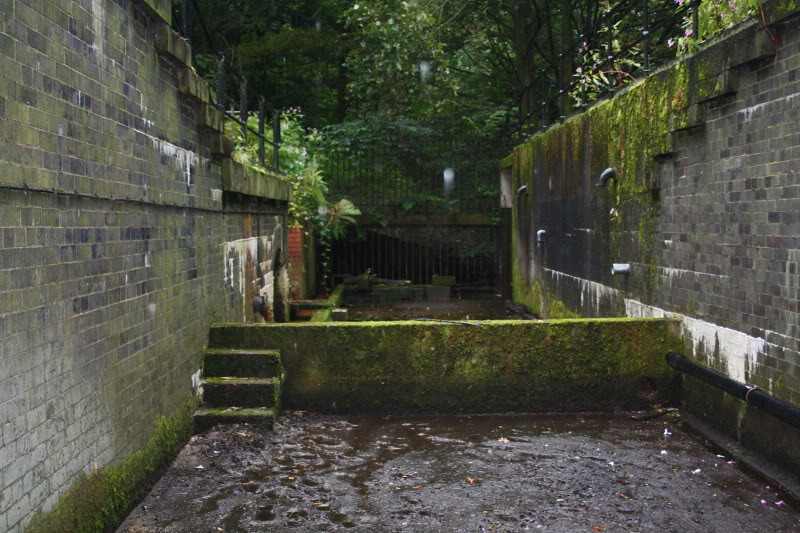 One of the containing walls makes up the side of a tank chamber, this has a grilled floor with various control gears accessible. I imagine the cast iron pipe leads to this and a slot on the outside allows excess water to drain off. 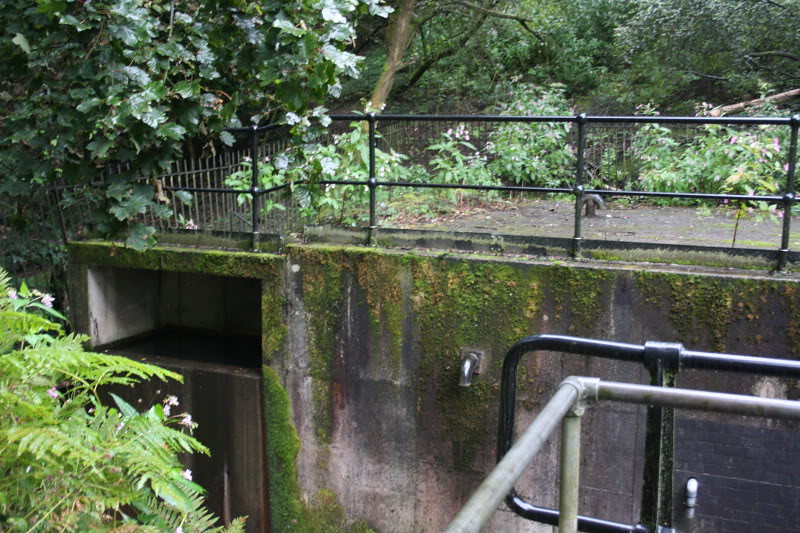 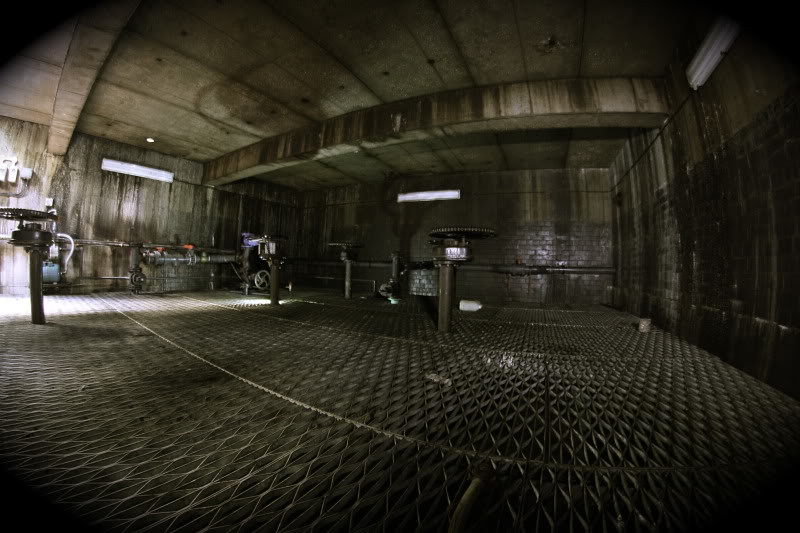 The tunnel appears to be the overflow for Heaton Park Reservoir, when there is excess water the brook is used to drain it off to eventually end up in the River Irk to the East of Heaton Park. 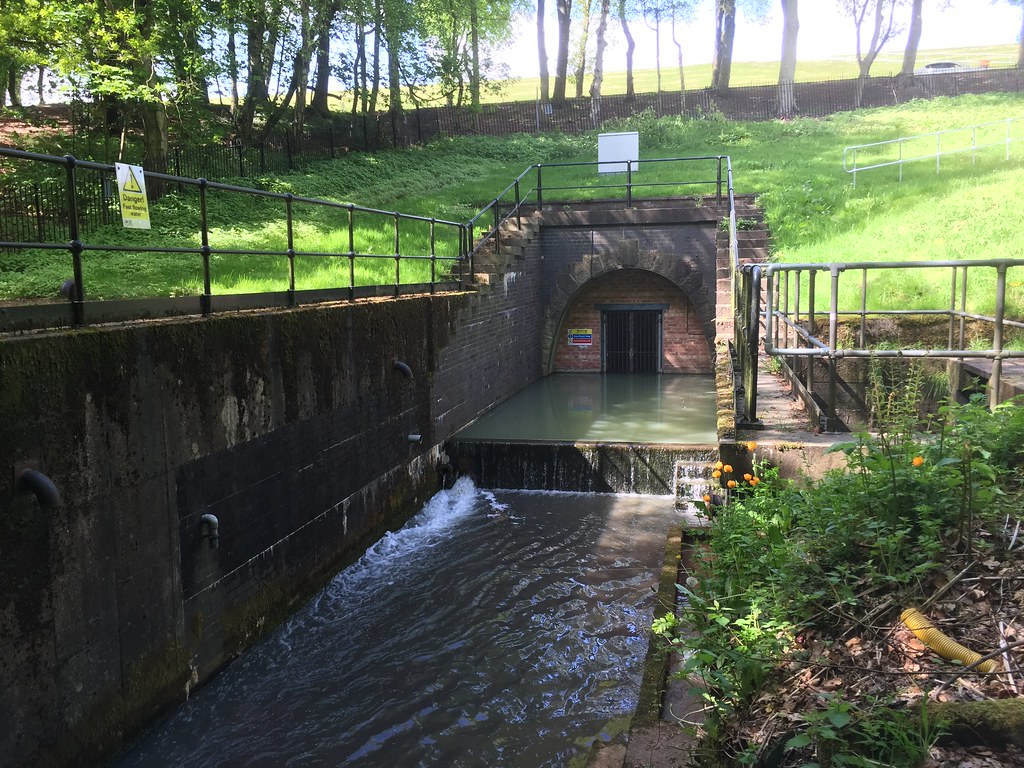