The Beck Valley culvert flows east of Nottingham city center down into the River Trent. I meet up with TheVicar, mortaldecay and a mate who lived nearby.

After a hand getting down to the outfall from an inquisitive local, we found ourselves waist deep in the Trent's waters. The culvert started off brick arch with a sloping floor, a series of iron rods reinforced the ceiling. This continued for what felt like some time until the water level finally dropped. 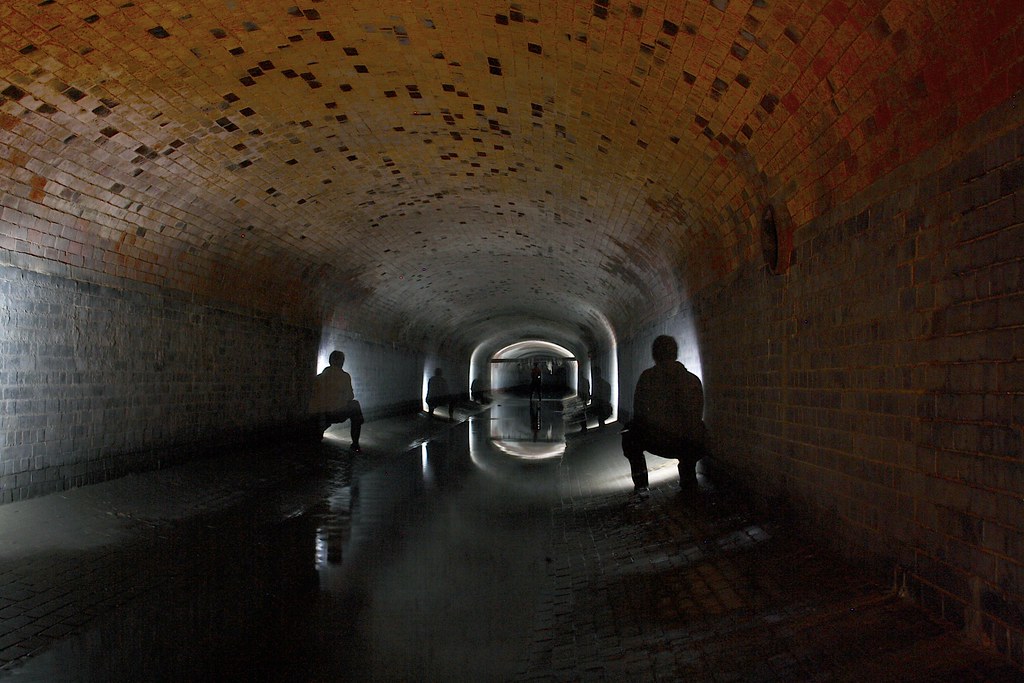 The pipe turned to RBP around 10ft, along this were a series of side pipes. One of which housed a small chamber with stairs to bring the flow down from a higher pipe.

There were parts of along the culvert which had that fresh smell that suggested a CSO is feeding in somewhere. I stuck my head up a chute behind a flap and found an overflow for a 1ft sewer. The sidepipe was clean however, so the smell must be coming from an as yet undiscovered source. 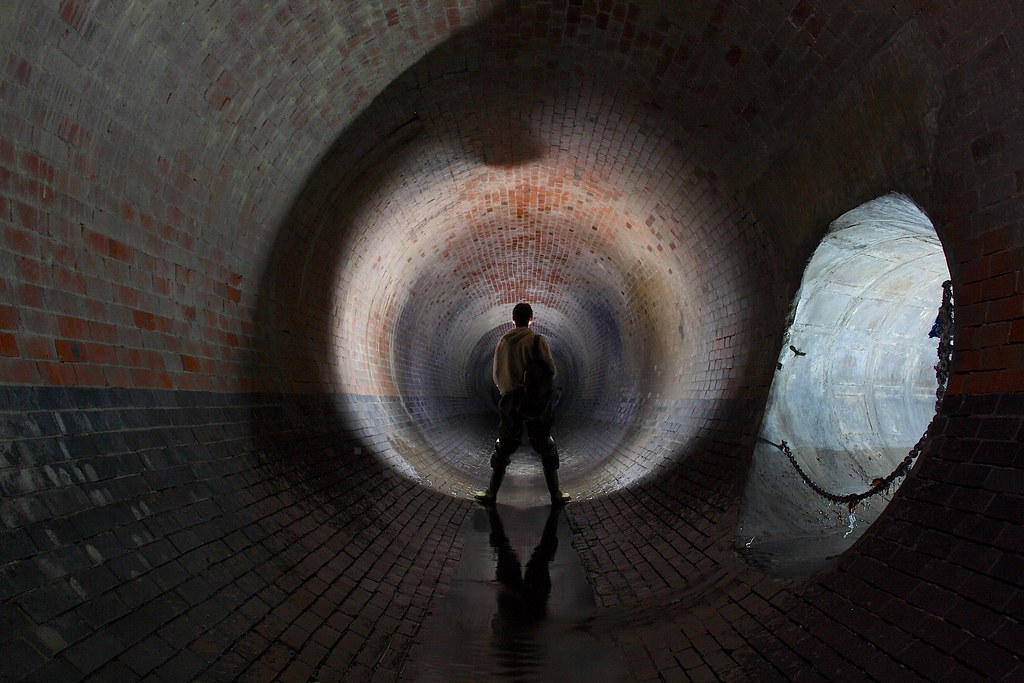 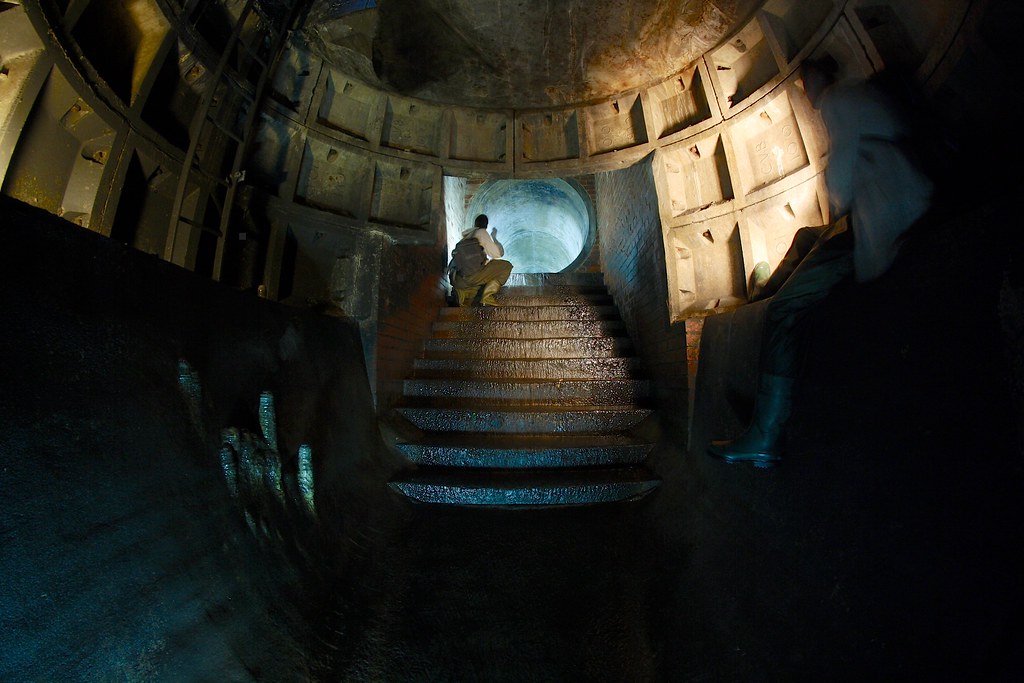 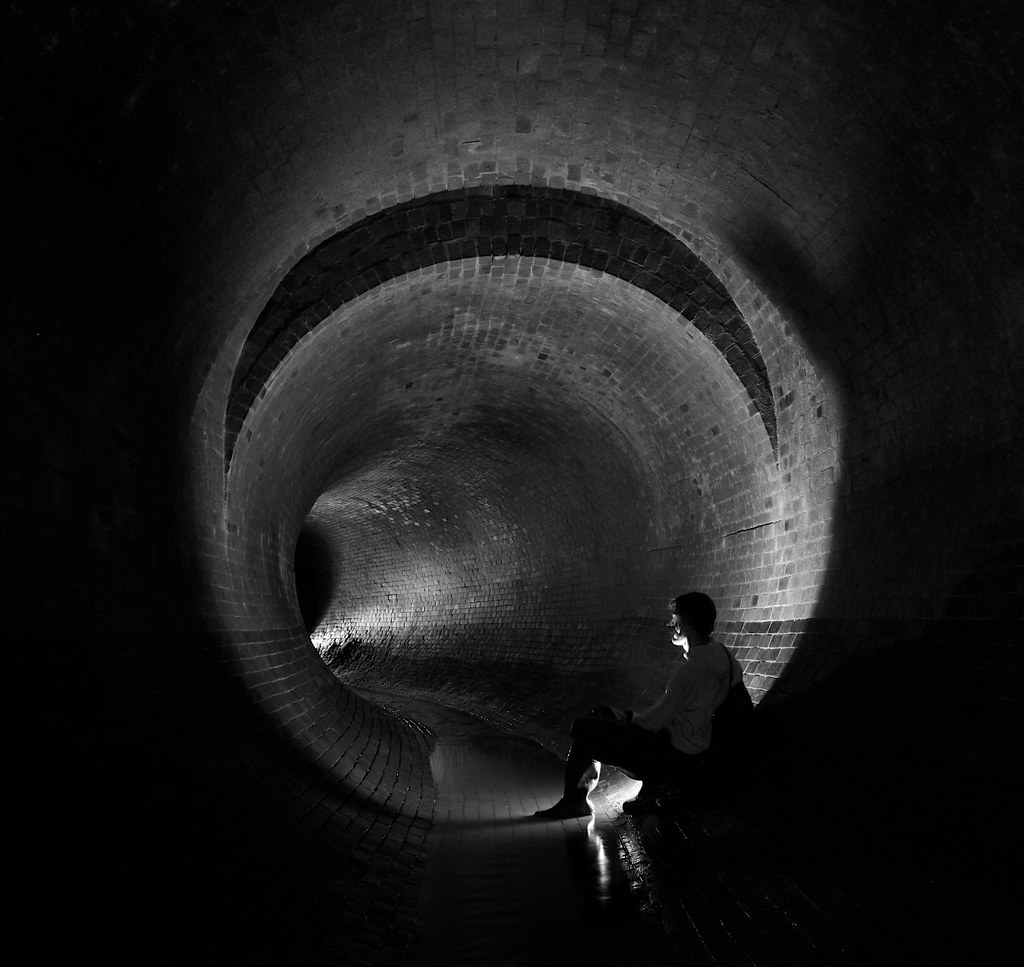 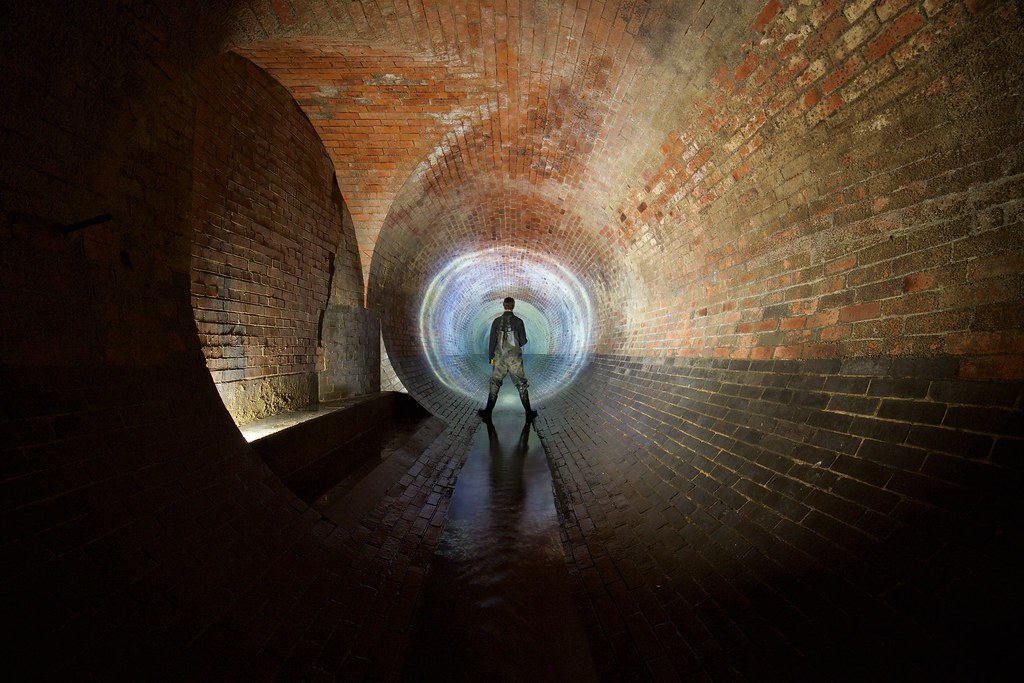 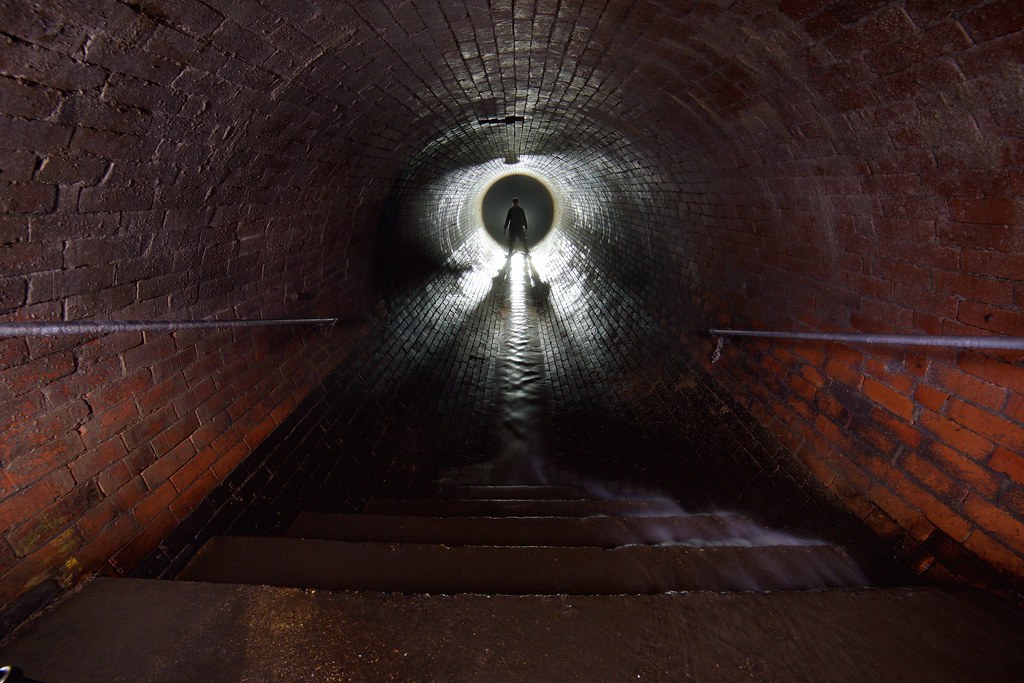 The main pipe has a set of stairs that raises the floor enough to fit a sewer underneath. A stoopy stretch later and we came to a shaft that lead up to the best feature of this culvert. 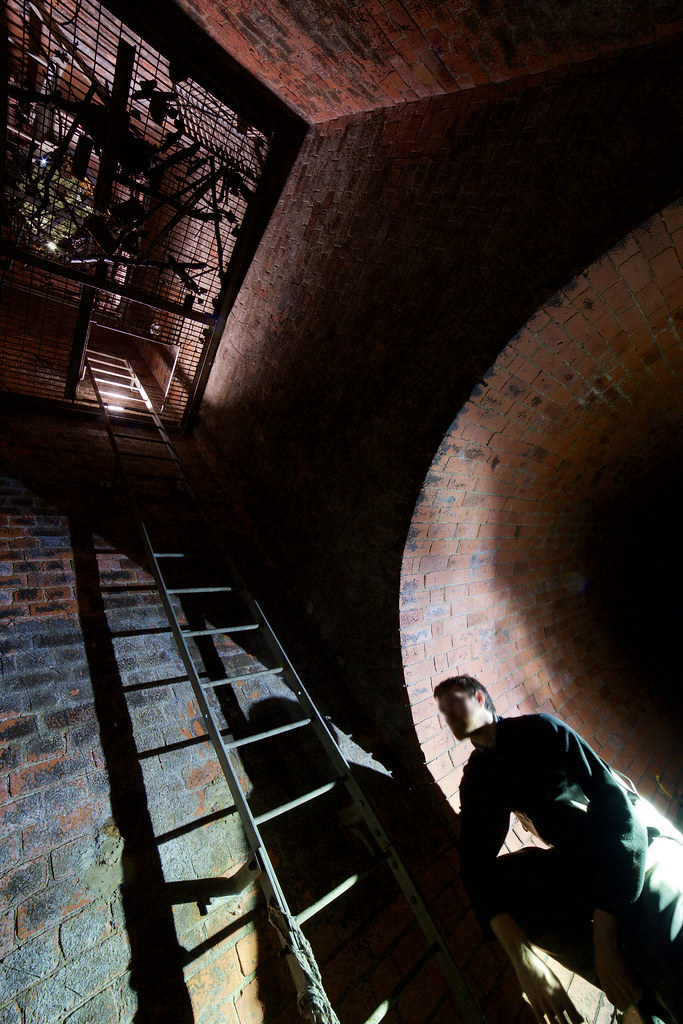 At the top was a hatch that allowed access to the Curious Tower. This is a small brick tower that has a locked gate and gave a glimpse of the park the tower is situated in. 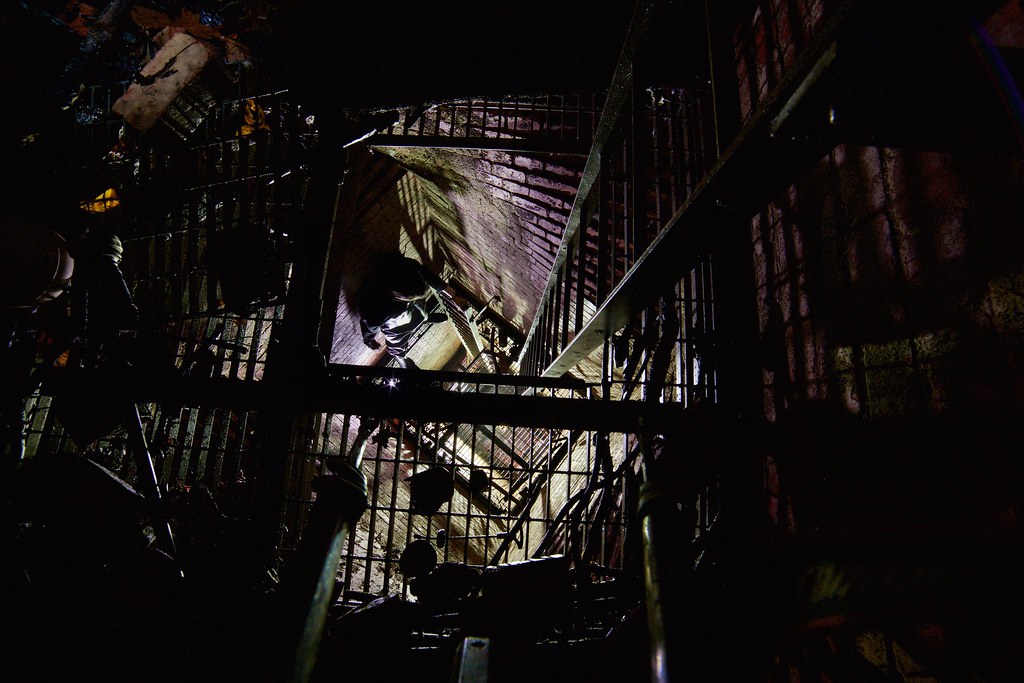 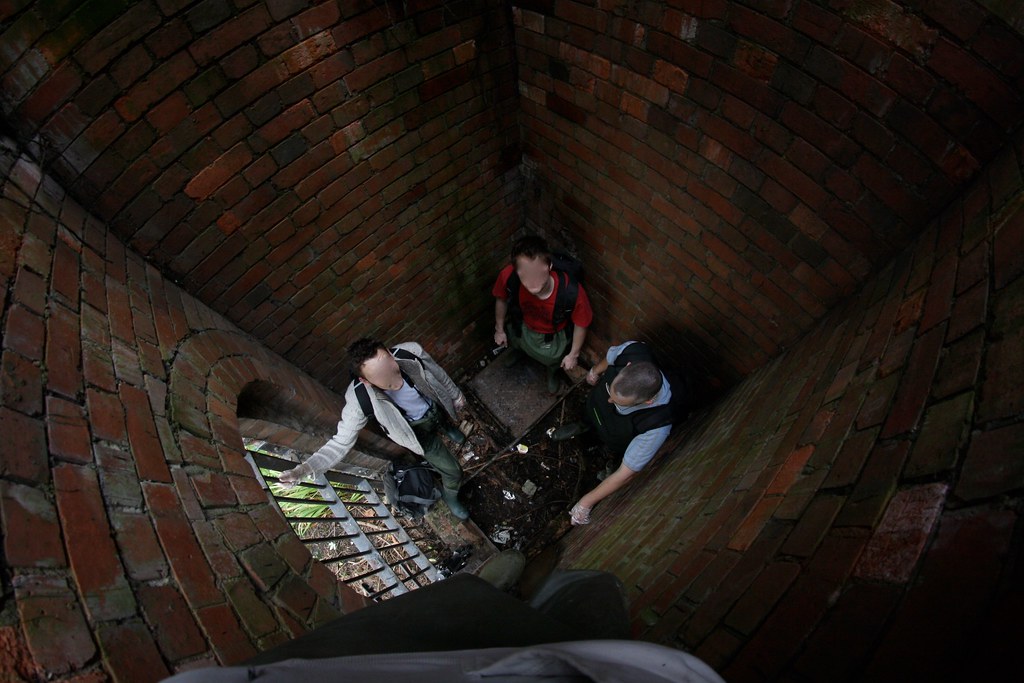 After seeing the tower we headed back the way we came. Shouts to those who went for a quality afternoon's draining.