Lock Stock is the primary downstream overflow system for the Manchester Interceptor network. The first section was built at the end of the Victorian era to serve the Outfall A Sewer and discharge stormwater to the Manchester Ship Canal. It was positioned to allow spills to enter the MSC below Mode Wheel Lock, after which the water level was low enough for the overflow to flow into.

It sits between the terminus of the 14ft x 10ft Ovoid Outfall Sewer from the City and beginning of the 10ft Circular Outfall Sewer which flows to Davyhulme. An 1890 agreement with the Ship Canal Company stated the overflow should only be used when the volume in the sewer exceeded 6 times the normal level flow. 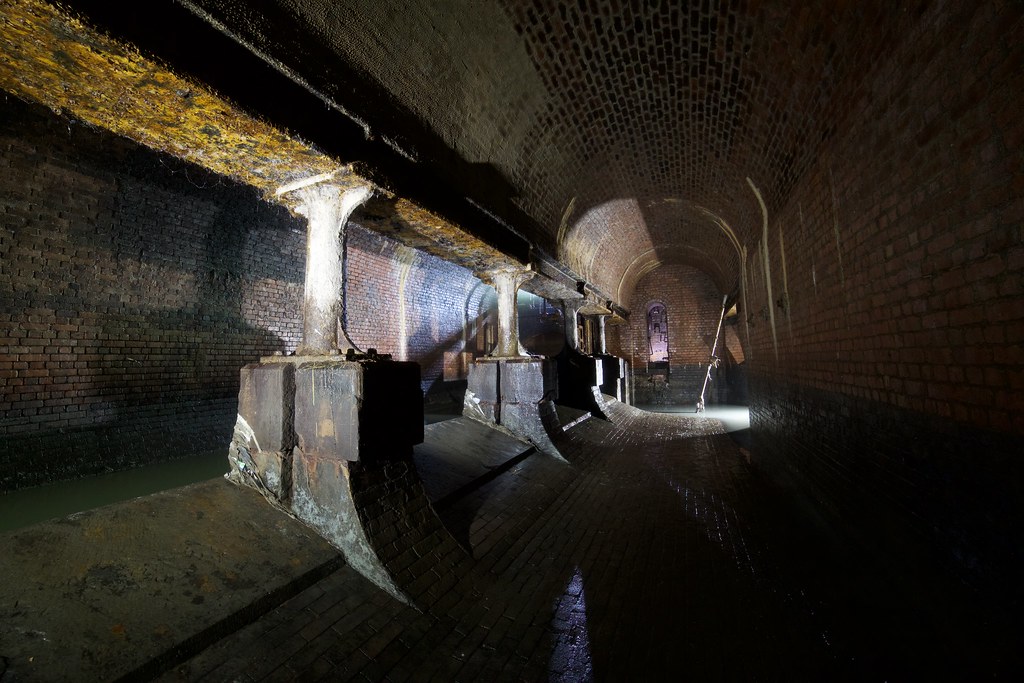 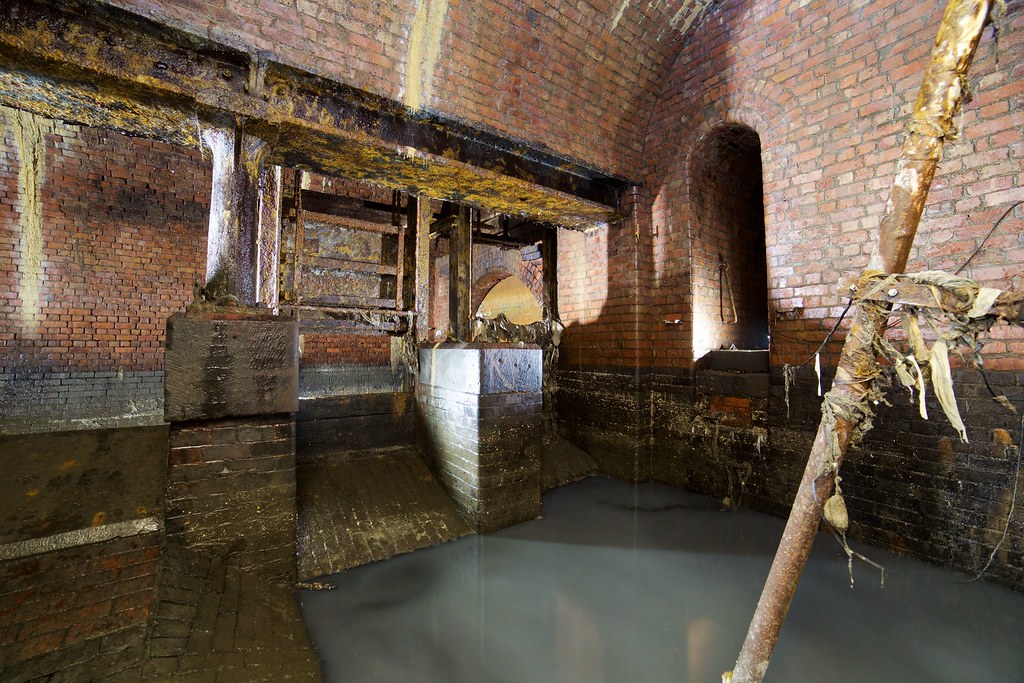 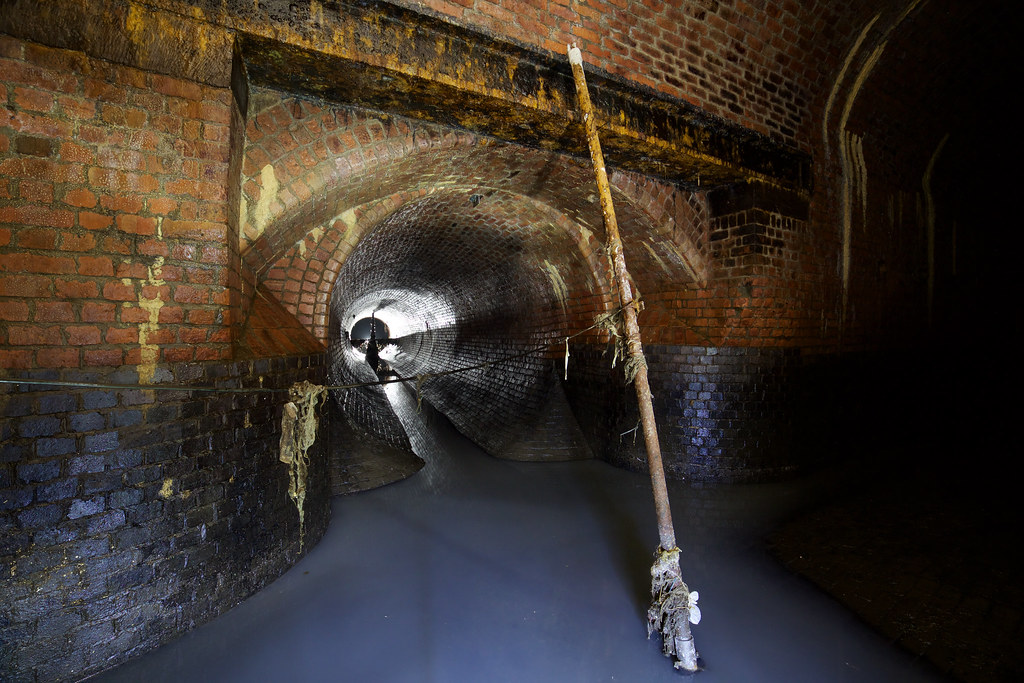 The downstream section was built between 1919 and 1921 to allow the newly built Outfall B Sewer to discharge to the existing 9ft overflow pipe.

The overflow setup is unique in what I have seen before. The 15ft Outfall B sewer enters a chamber in which a 50ton bolted cast iron carrier is raised above the normal flow level. When the flow gets high enough it enters the carrier and proceeds into the overflow pipe. 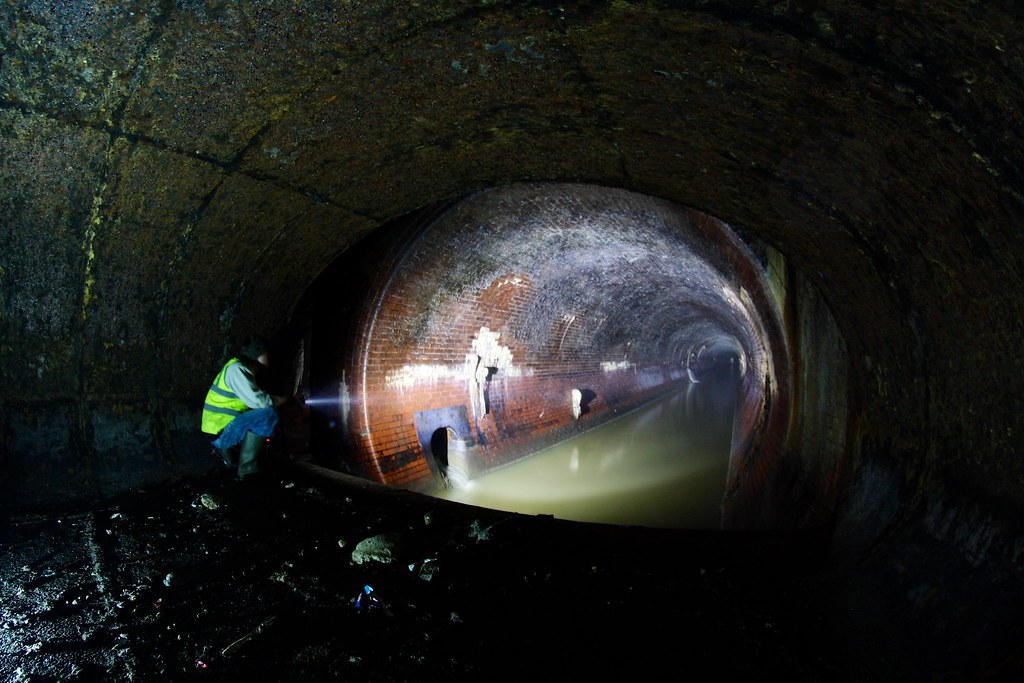 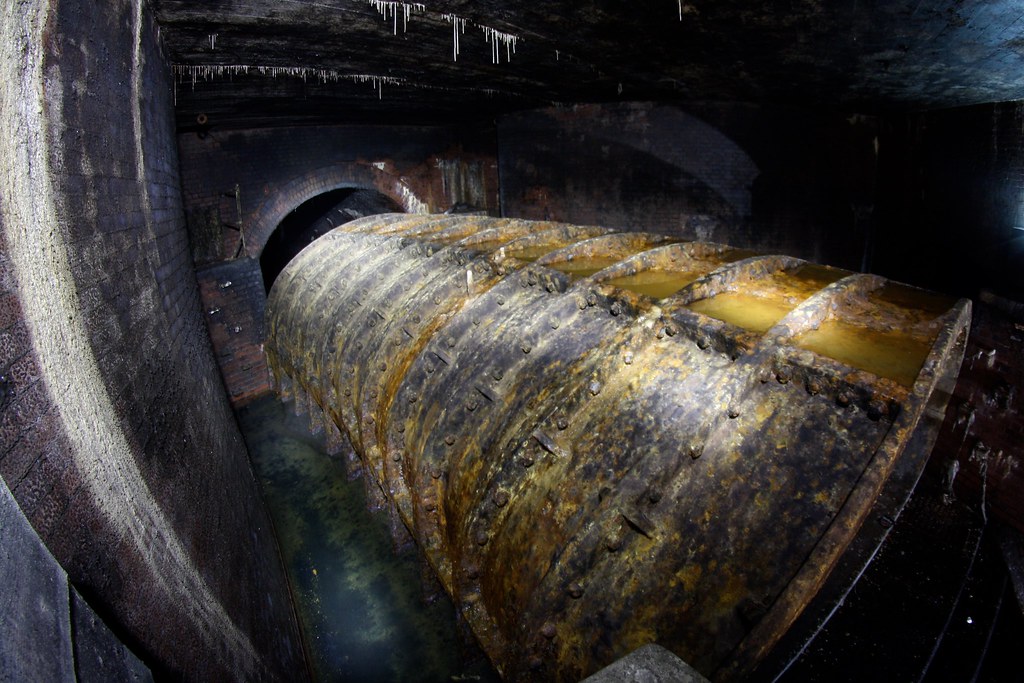 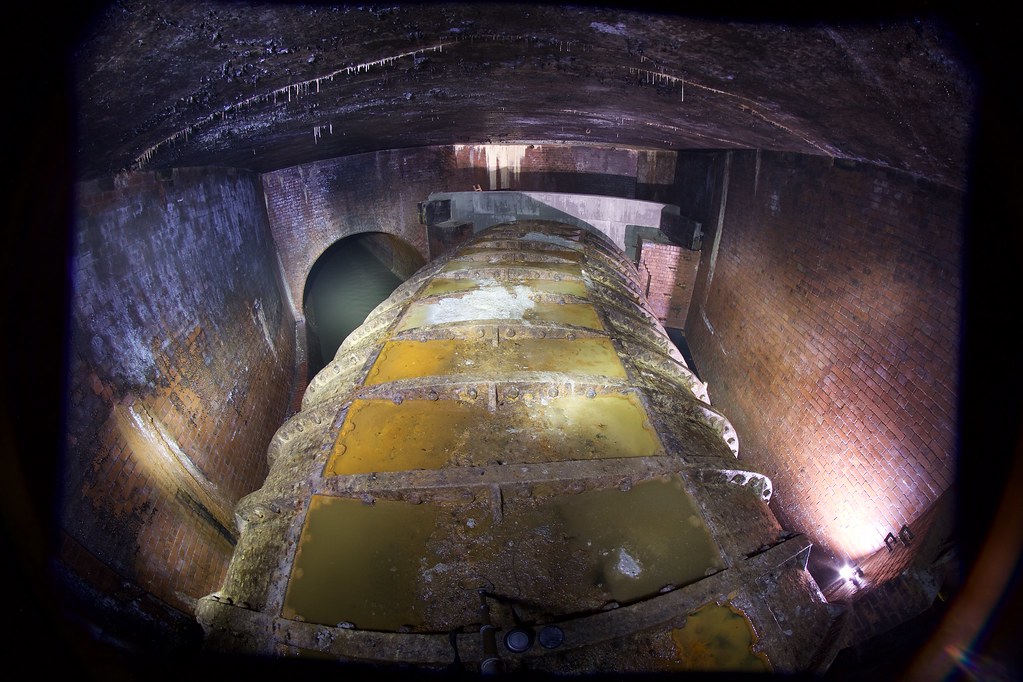 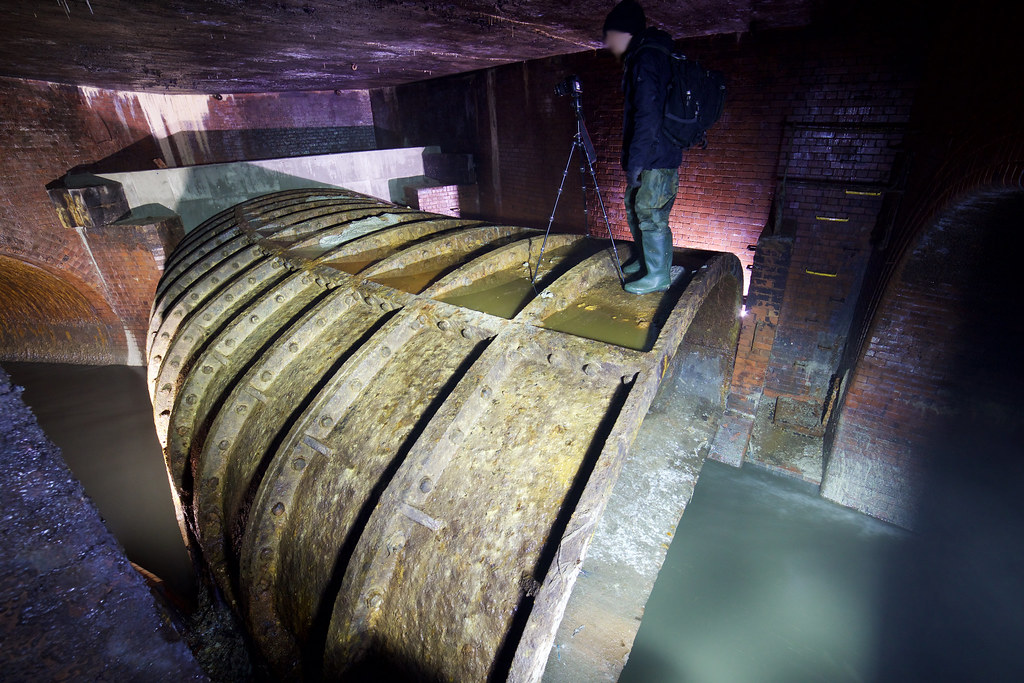 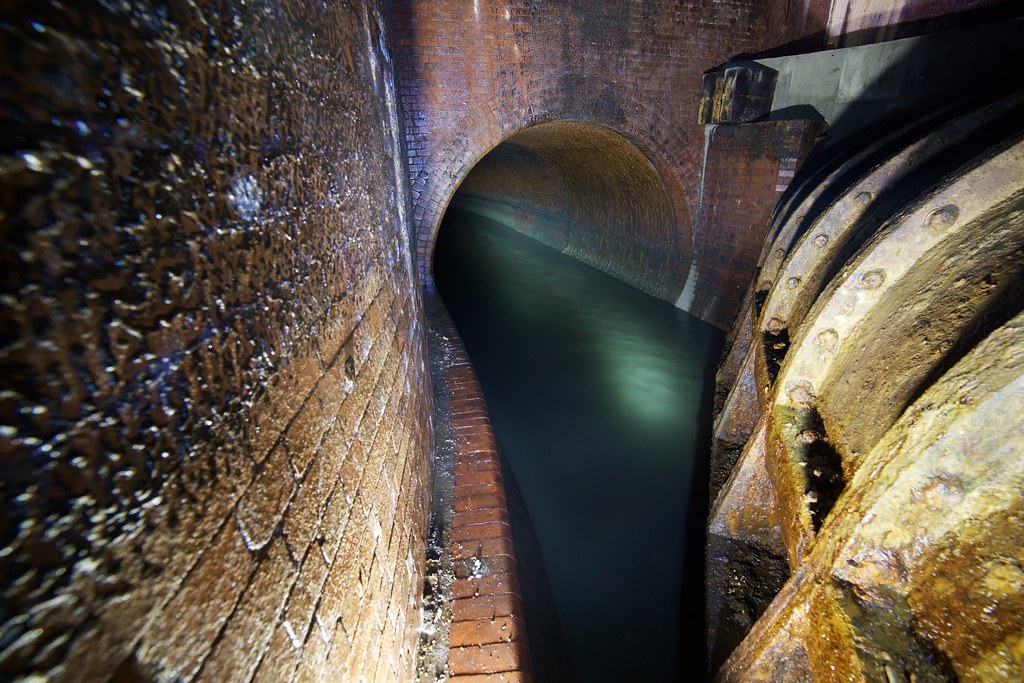 The sewer continues under this and into another cast iron conduit, this crosses the main overflow pipe which sumps underneath. Upon leaving the sewer is only 13ft. Originally hydraulic jacks at each corner enabled the whole thing to be moved up or down to regulate the flow according to population size and dry level flow. 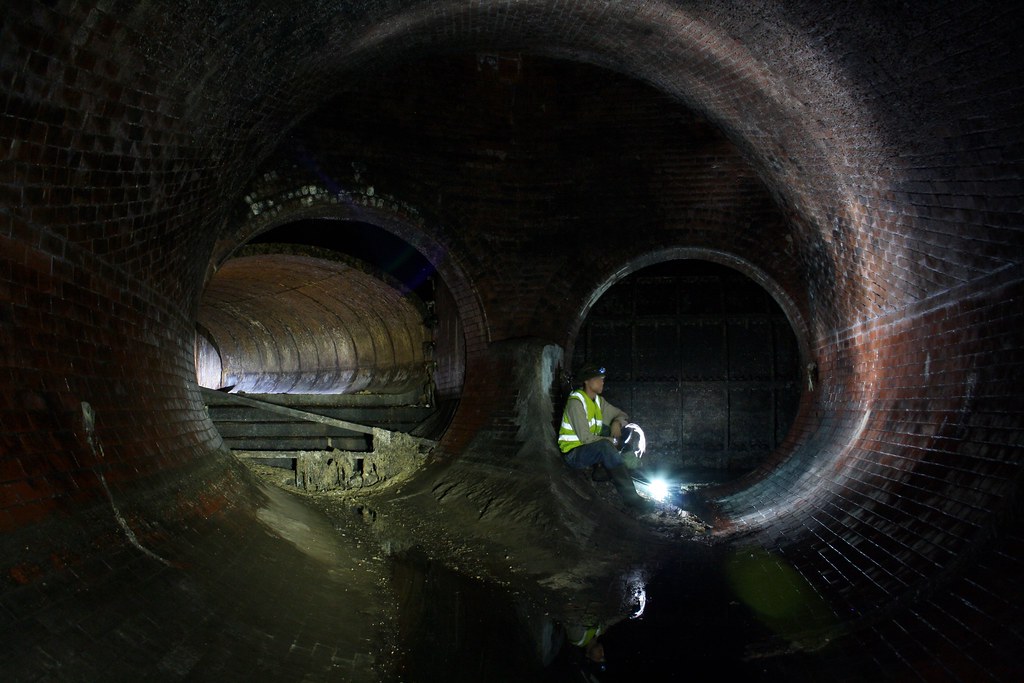 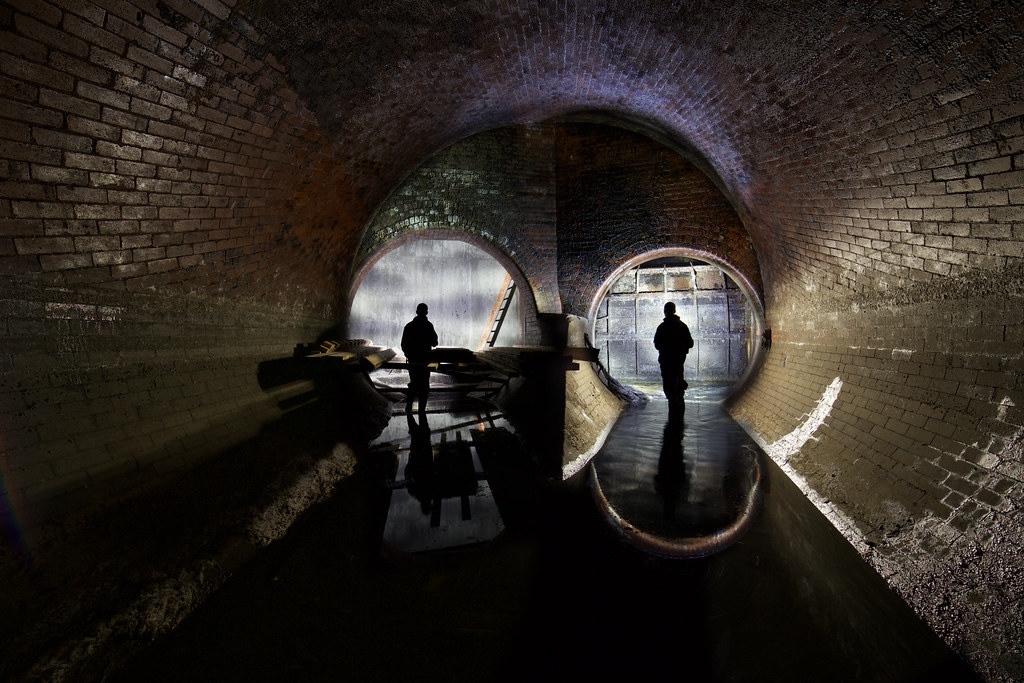 Going downstream the overflow culvert proceeds towards the Ship Canal, the outfall is submerged and the river water travels up someway and ultimately puts an end to further exploration. 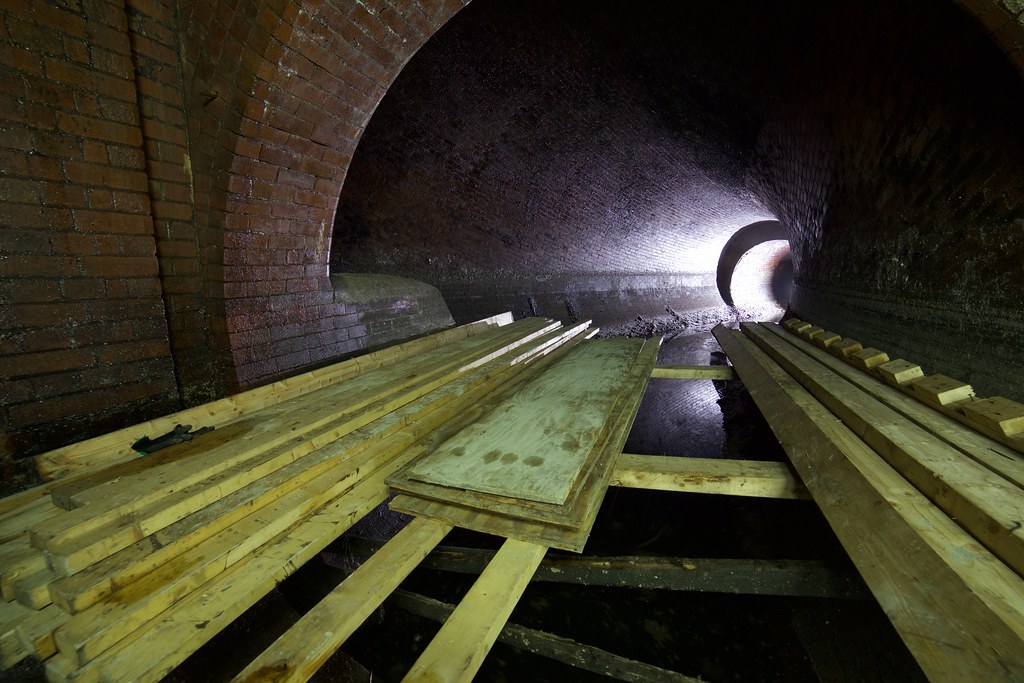 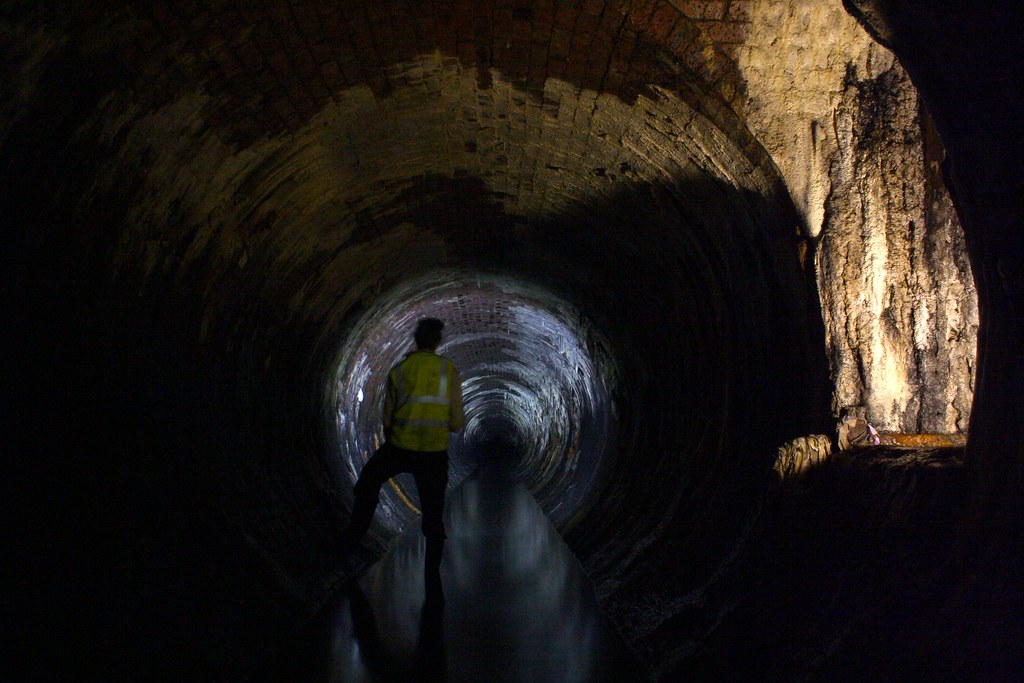 It's another unique setup which shows the Victorians flair for engineering and a place I could happy spend hours in.

Just like with Hulme Flume and SSSI, the current custodians United Utilities are spending millions of pounds on storage and screening for these old overflows. Lock Stock is getting the largest amount of work done with a series of detention tanks and a new overflow chamber being built. This will likely mean modifications to the weir height so the new facilities spill first. The upper chamber has slots in which baffle boards can be inserted. It's unlikely the old hydraulics in the lower chamber still work so will be interesting to see what happens.