The Works is a large 10ft brick overflow culvert for the Moston Brook into the River Irk.

The prominent outfall structure is large enough to be seen on maps and has it's own via ferrata route. Going in the pipe is blue brick on the bottom and red ontop, with the latter starting to show it's age now. It's only a matter of time before the whole lot gets spraycreted. 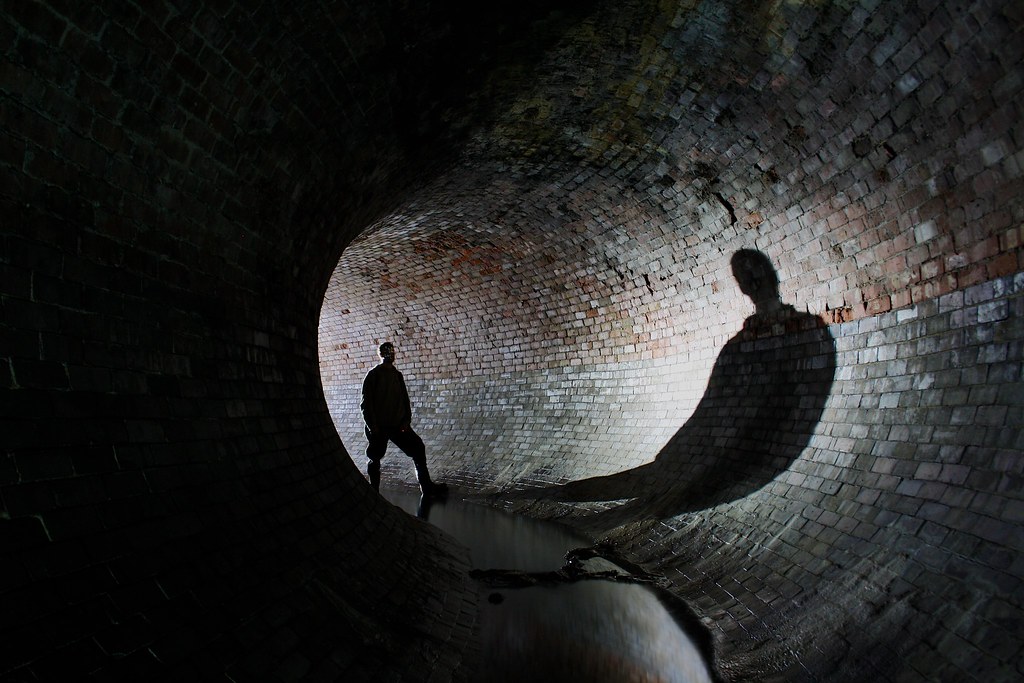 Several twists later is a junction, or at least it would be if the left hand branch actually been built. 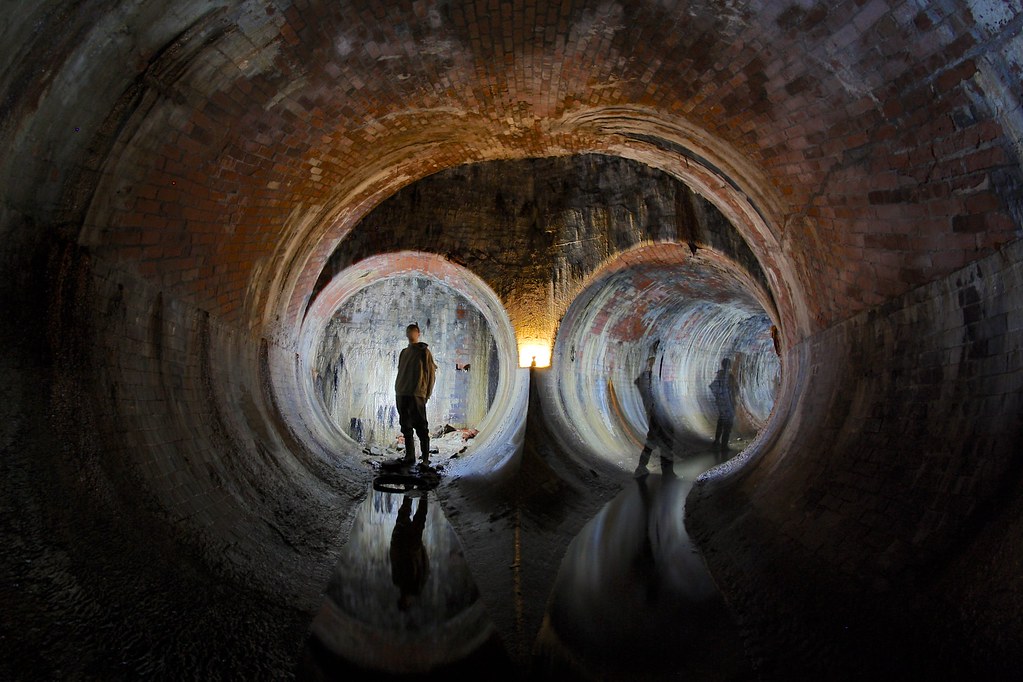 A rather unique and encrusted set of large steps lead up to the overflow chamber. 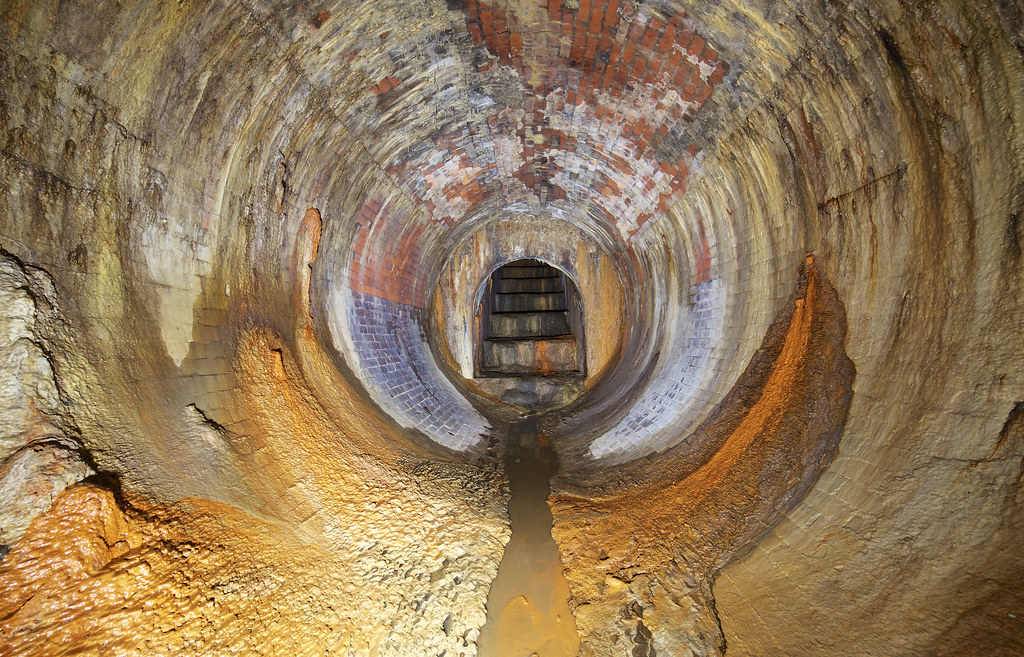 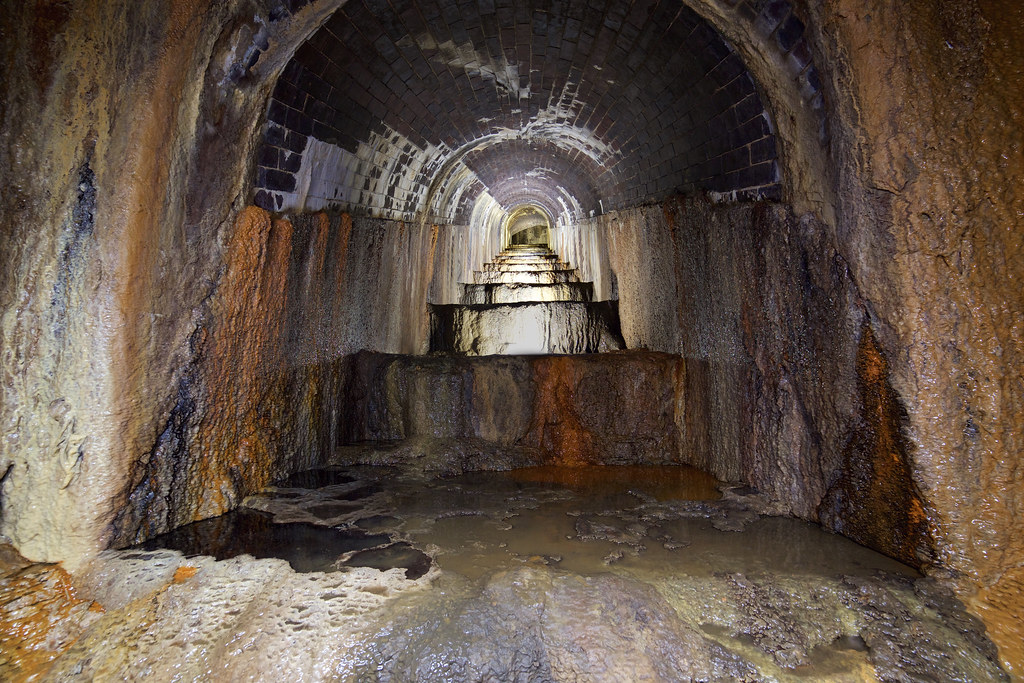 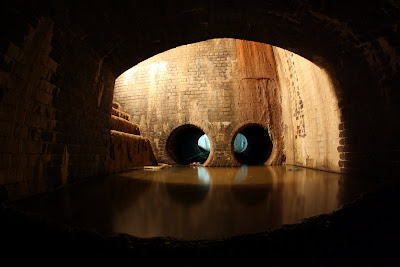 The chamber is a large brick arch with an elevated channel running through it carrying the Moston Brook.

The P37 penstock hangs from an iron framework with a control rod going up through the crown. A shaft going upto a manhole doubles up as access to a corridor leading to a small room housing the winding gear directly above the penstock. 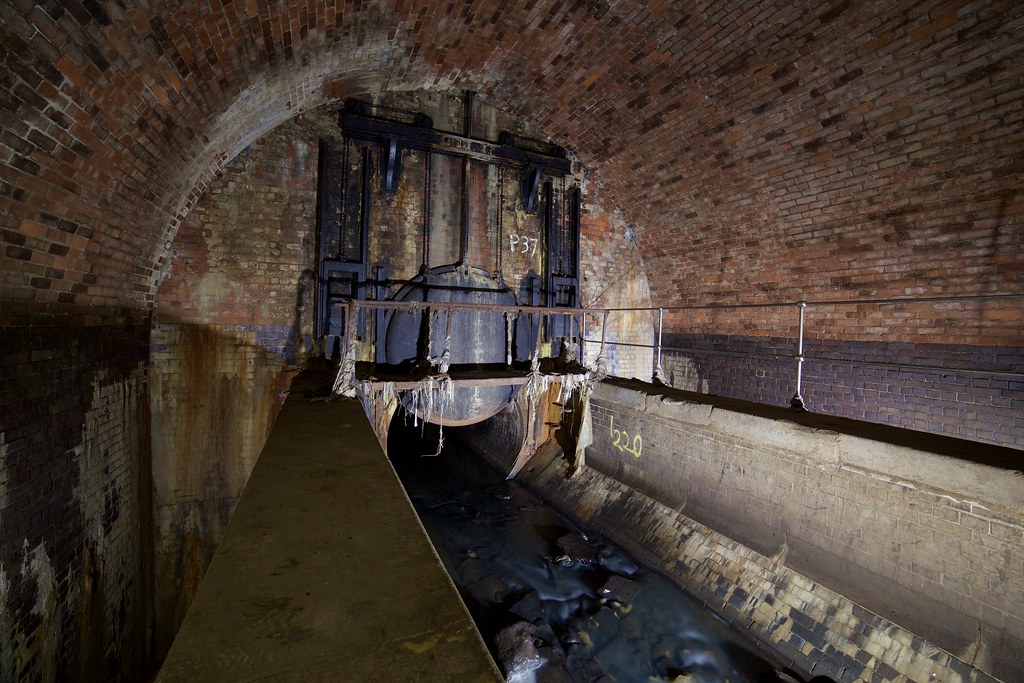 Upstream from here is a straight walk to the infall. Decades of floodwater has washed down tonnes of rubble which makes walking slow. A sidepipe houses a small sewer that in the past has been known to leak a fair bit into the brook. 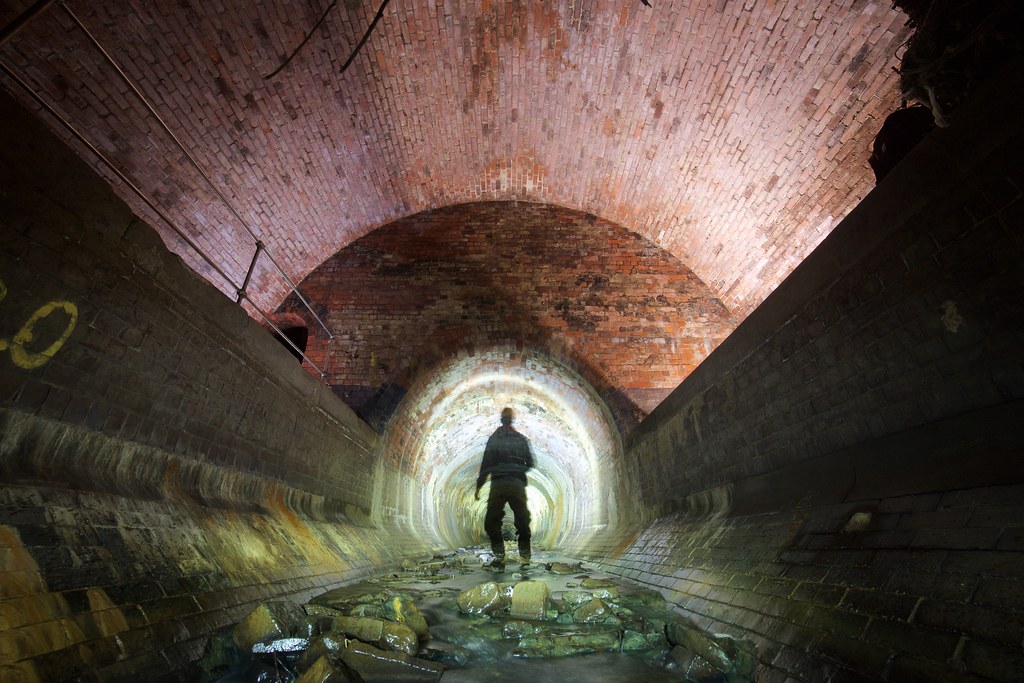 Travelling downstream, under the penstock, the pipe shrinks to around 6ft but the rubble reduces the available height leading to a long stoop. There are a couple of interesting sidepipes, one with a large surface access shaft and a pipe leading up to a new CSO.

After a while of travelling straight the pipe curves and the waterlevel gets deeper, before the pipe opens up to around 10ft. 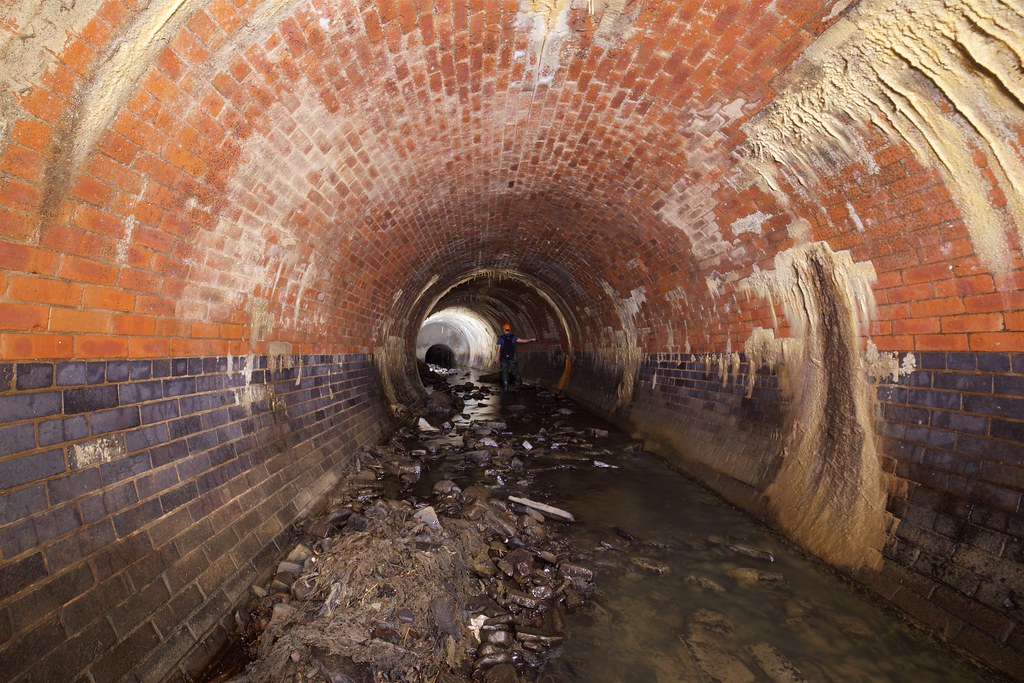 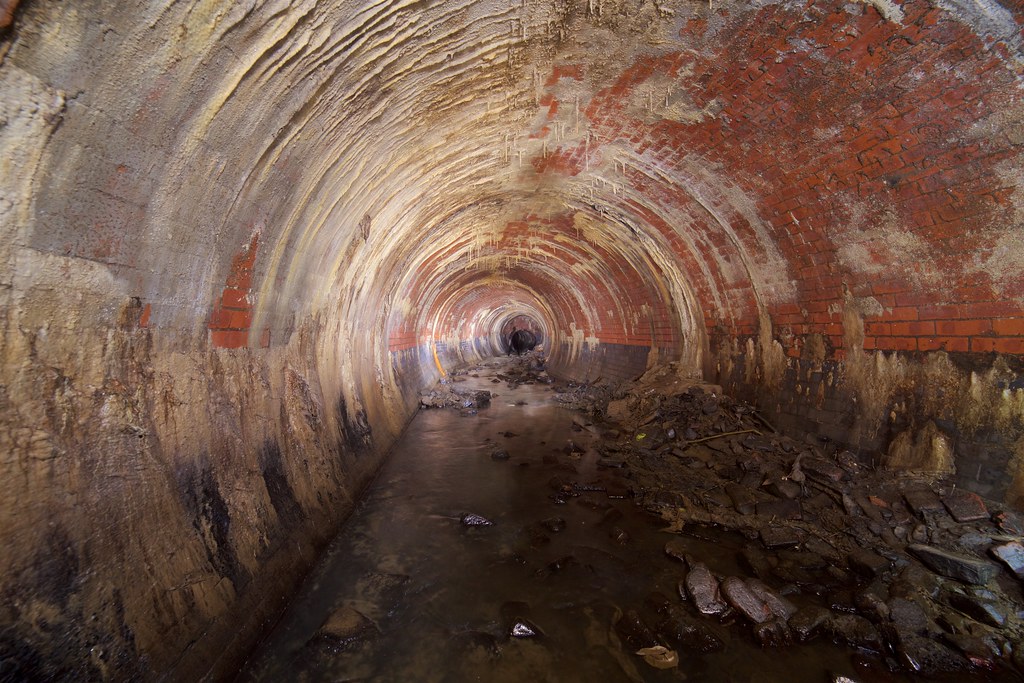 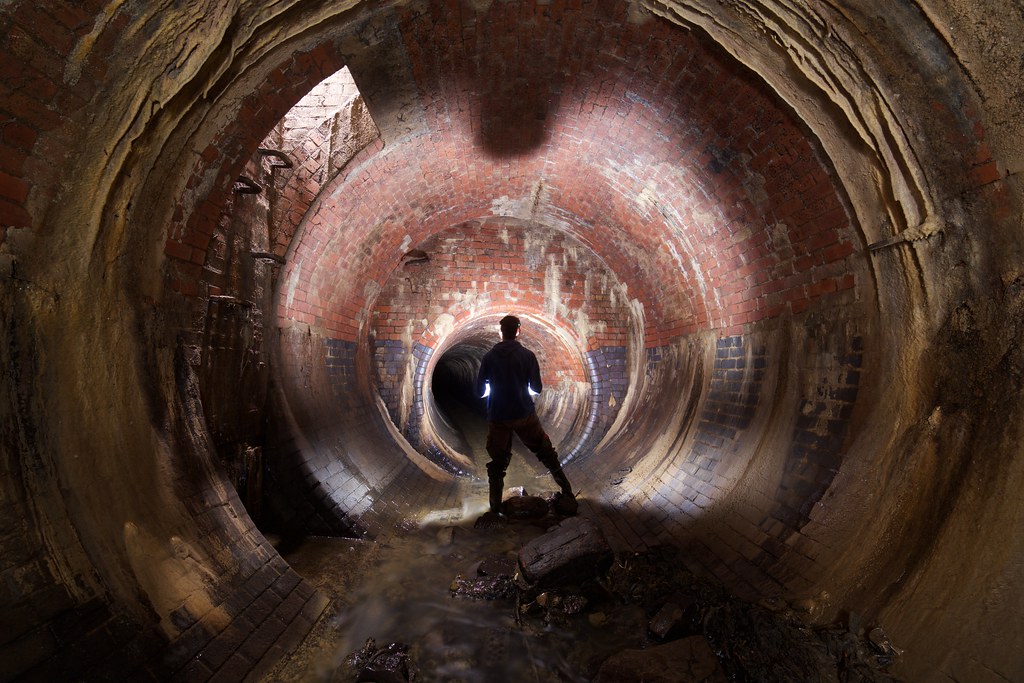 The pipe leaves the short large section at around 6ft again, but with no rubble. The fast moving water keeps this section clear, a short distance later it drops round a curve and shots out of the outfall. 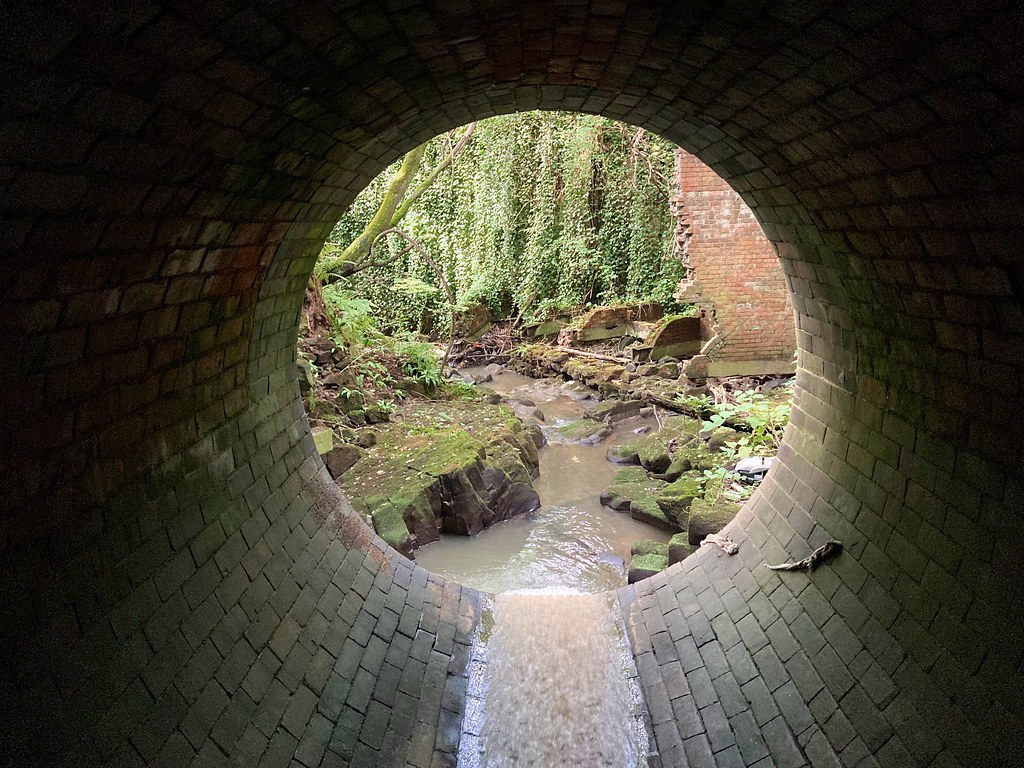 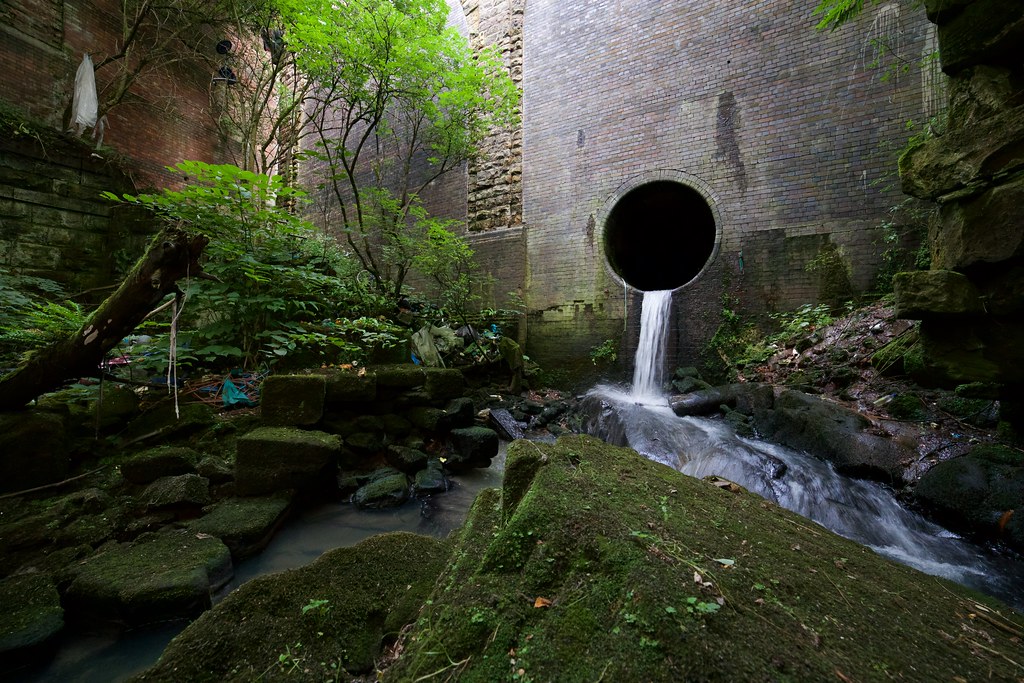 As far as I can work out, the purpose for The Works was to power a mill that stood on the site just beyond the outfall. Back in the day there was a dam that formed a deep pool with the outfall feeding it. This would have presumably powered a waterwheel, with the leftover water dropping down into another culvert nicknamed The Goit. The penstock in the main chamber controlled the amount of water going to the millpond. Nowdays there is little left of the dam or mill, besides stubs of crumbling masonary.