This CSO system serves a town to the East of Manchester and is the last overflow before the works. The system outfalls into a large storm tank with an open grid over the top. A cap over the end of the pipe controls heavy flow and prevents a good view, although an indeterminable depth of water can be seen below.

About 300m upstream of the tank is an overflow chamber, this sends storm flow to the tank until that fills, backfills the pipe and heads down 3 RCPs to outfall to a brook. I didn't bother with the stoop down these but at least one must have been an older overflow as it was brick at the outfall. 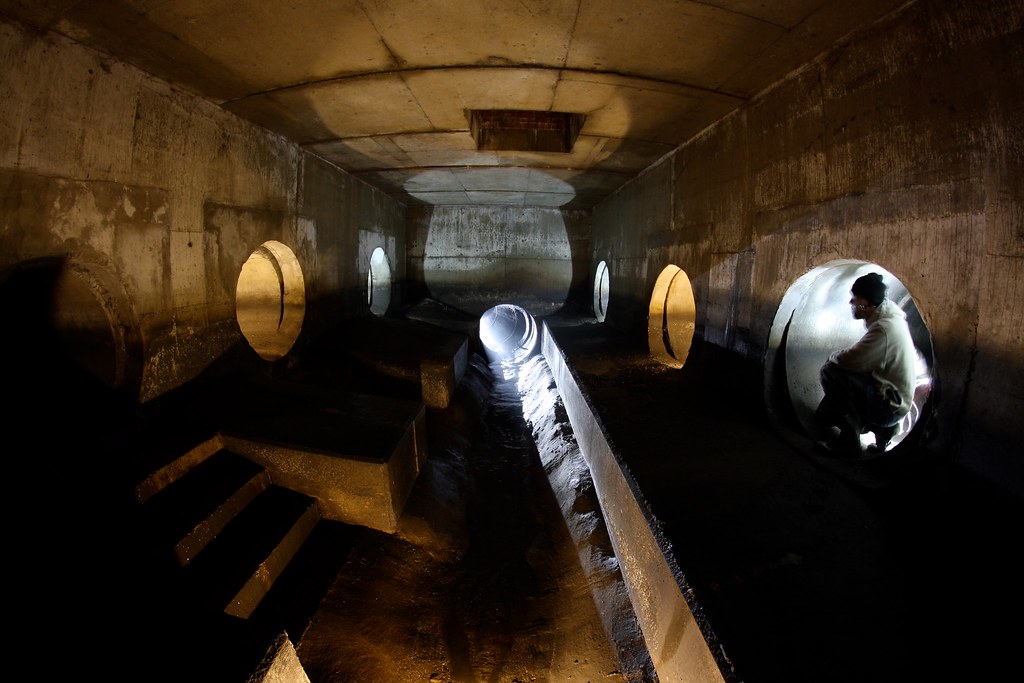 The pipes to the left went a short distance to the CSO chamber, this had bypass channels either side of a set of 4 screen channels. Penstocks blocked 3 of them, while the other contained a stepped screen. A UU building is directly above, glimpses of it can be seen through holes in the jamrag laden ceiling grilles of the bypass channels. 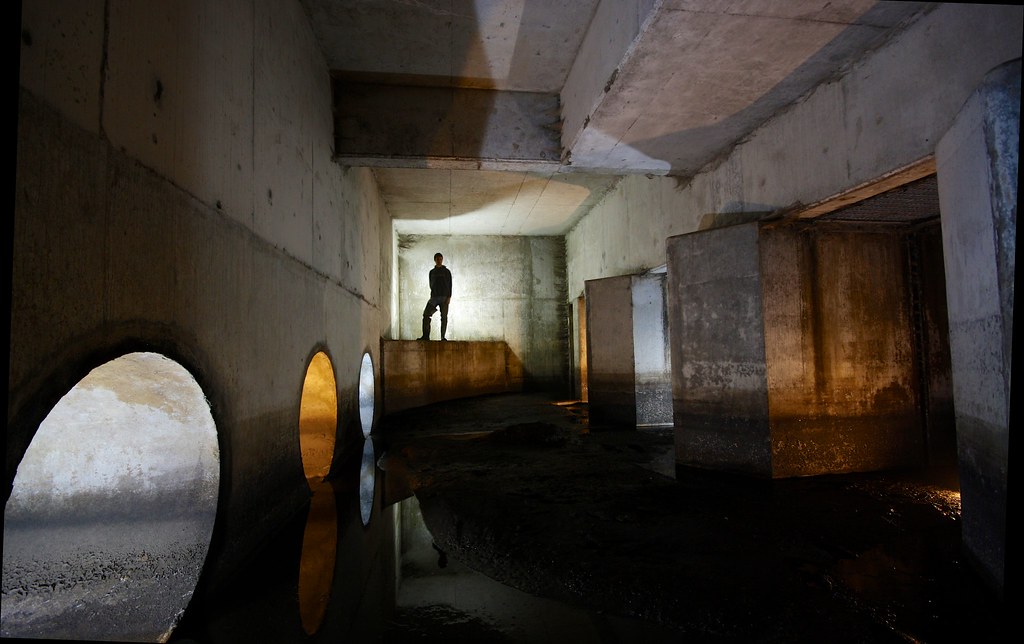 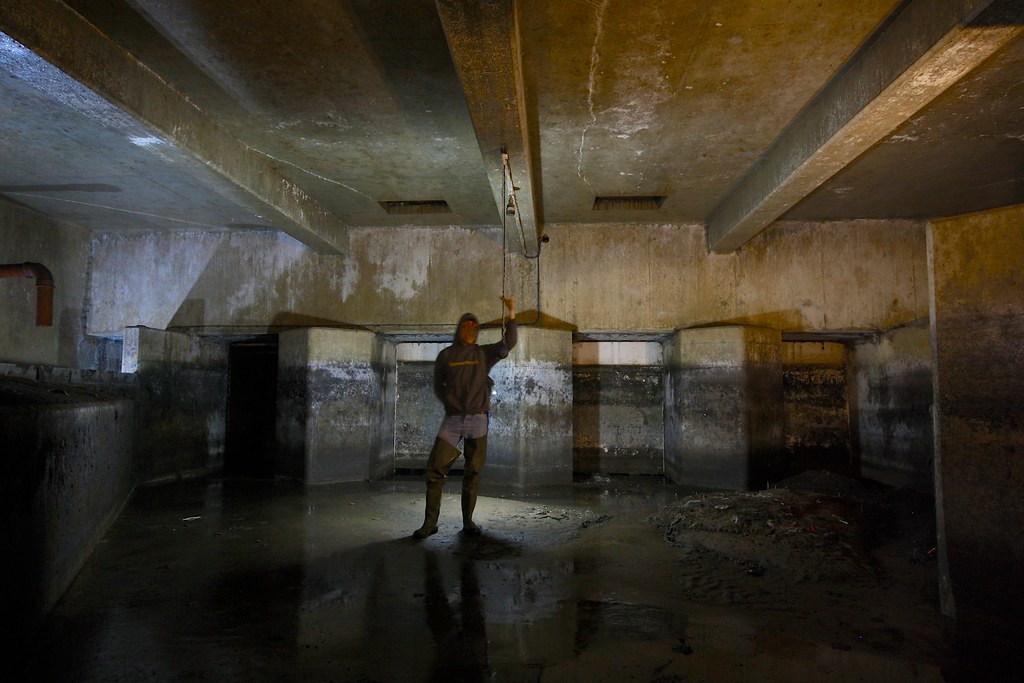 On the other side the chamber lead to an overflow weir of a 5ft RCP sewer. Near the weir was a roaring, more than the flow in the visible channel would produce. I stuck my camera through a slot in the wall near the ceiling and saw there was another sewer. When the small chamber above fills up it must waterfall into the main chamber below, which would be pretty special to see. 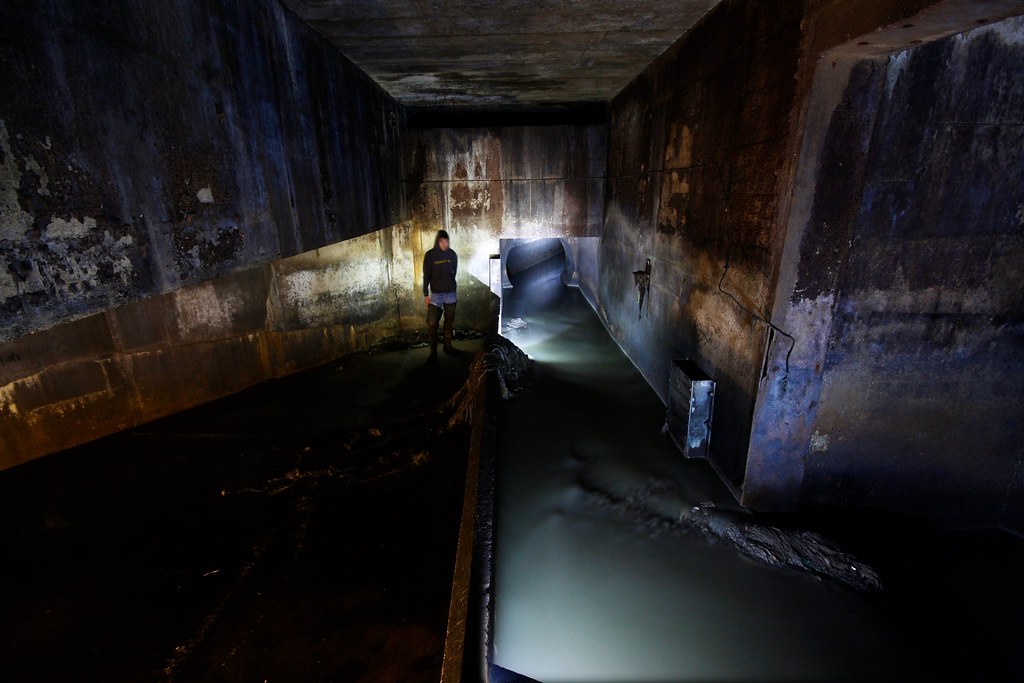 There was a little metal door on an observation platform, it was rusted shut but a pair of ear protectors hung on the wall from when workers used to come and admire the spectacle. 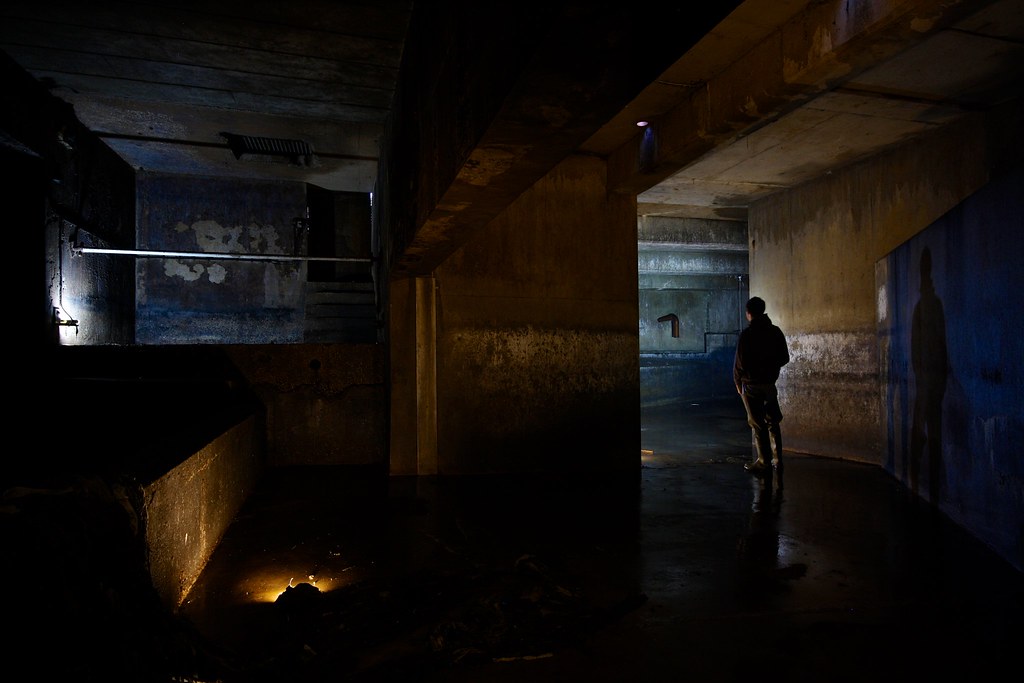 On the way back to the car some kids took one look at my wadered appearance and announced I looked like a dogger, hence the name.