The 15ft Outfall B sewer passes underneath the Bridgewater Canal in two 13ft wide by 9ft tall culverts, this section was built between 1919 and 1921.

Work was done in two halves, a wooden cofferdam was sunk 10ft into the canal bed. One side was left open for boats to pass and the other drained so the culverts could be constructed, the operation then repeated for the other side. The ceiling was built from rolled steel girders, covered in mesh, then a layer of concrete. The inverts of each are semi circular with around 3ft of benching on each side. 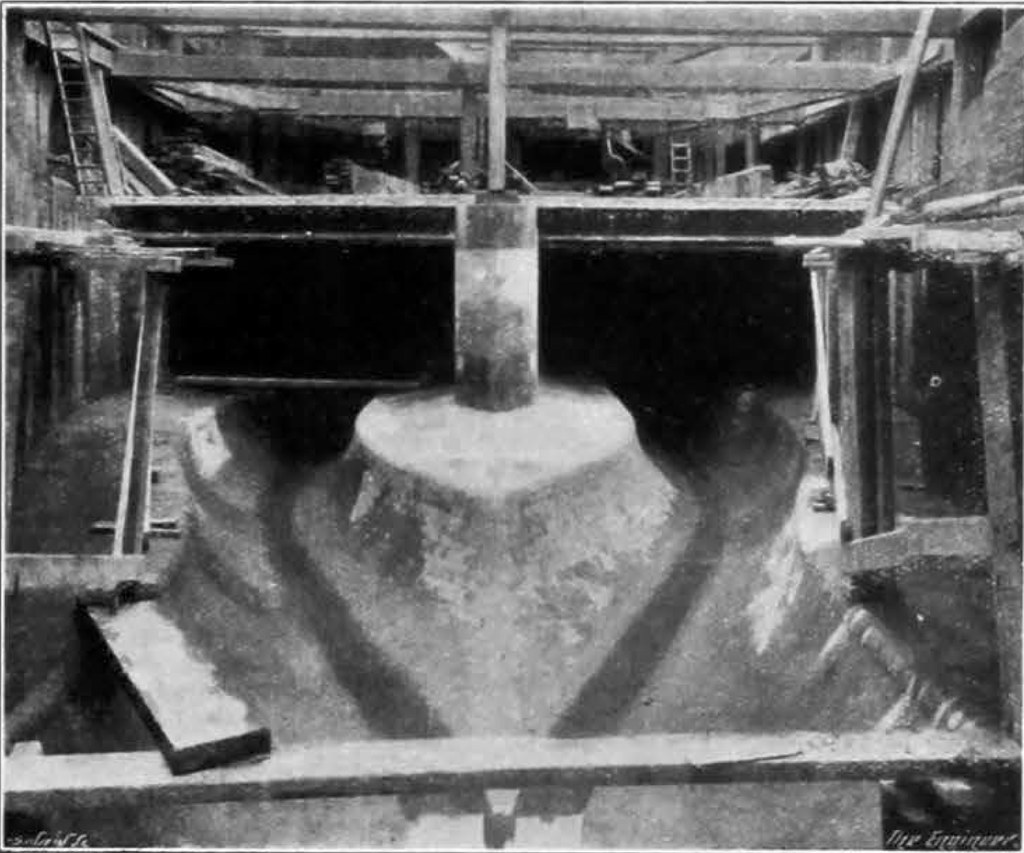 A modern looking concrete shaft dropped to a landing with a hatch, under which the original shaft lead down to the sewer's side. Unfortunately the flow was too high to see the benching and we couldn't proceed any further. 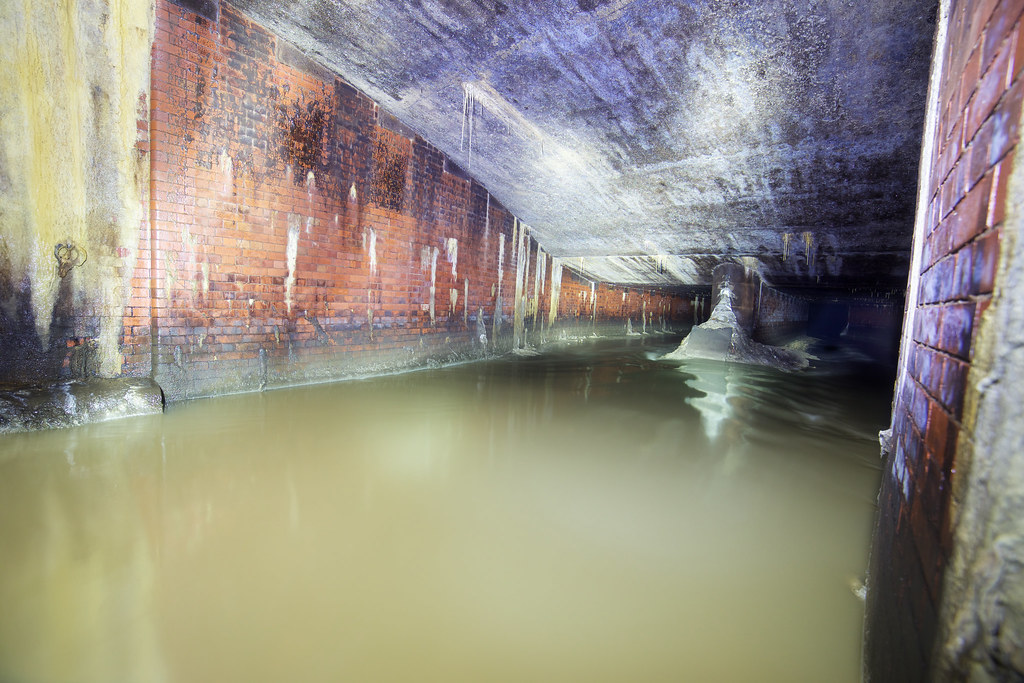 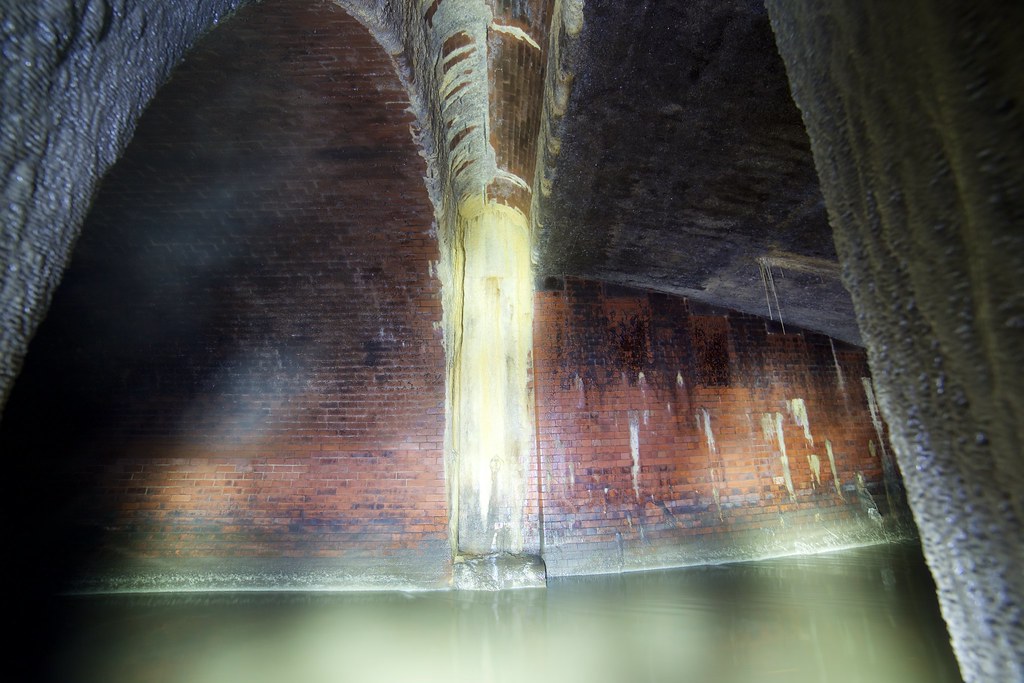