Build around 1790 this tunnel was built underneath the Castlefield Basin to deal with the excess waters of the River Medlock not used to supply water to the Bridgewater Canal. The Medlock drops into a plughole and can be traced on maps heading underneath the canals and streets of Castlefield to its outfall at Potato Wharf. 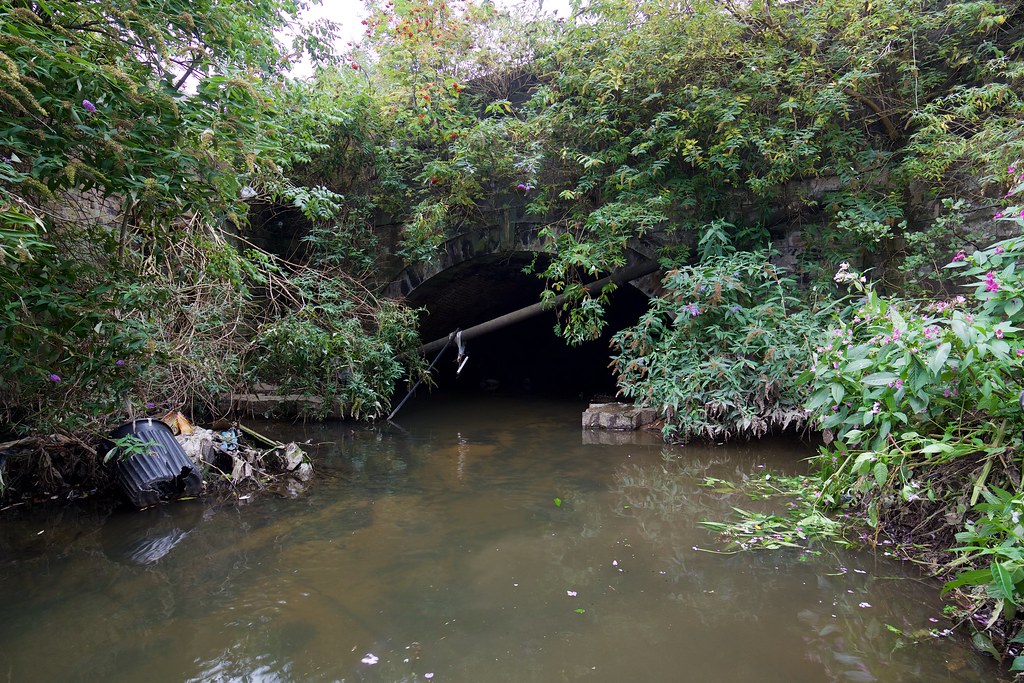 I've often seen this culvert and wondered if there is anything to been seen. The right tunnel heads to a weir that drains the canal of excess water, the left the outfall for the culvert. 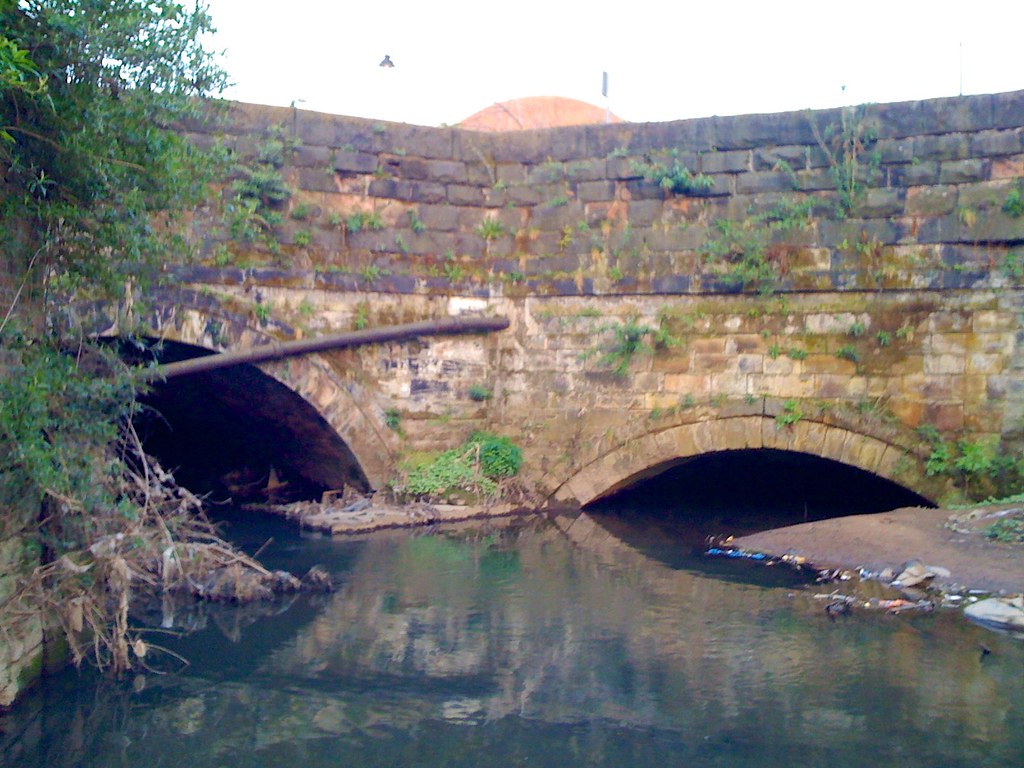 Within the culvert is initially a large arch, a side tunnel now filled in used to be a sewer overflow but has since silted up/been filled in and bricked off from the sewers upstream. 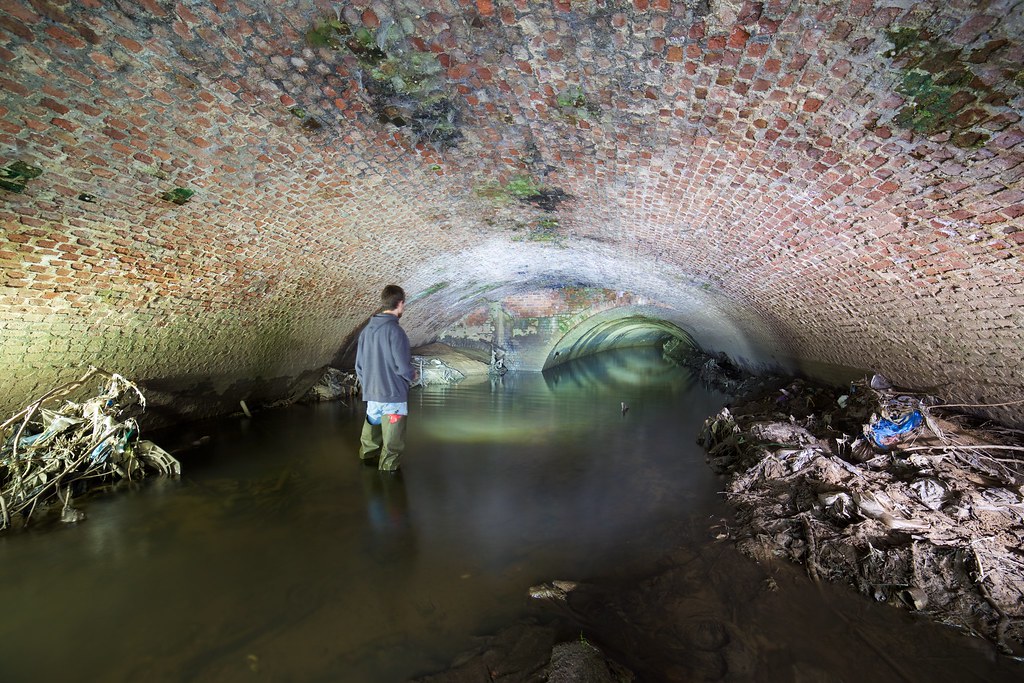 The full volume of the Medlock now comes down this culvert which is heavily silted with a deep channel. The side had just enough mud piled up to walk on to travel about 50m before the depth became too great. 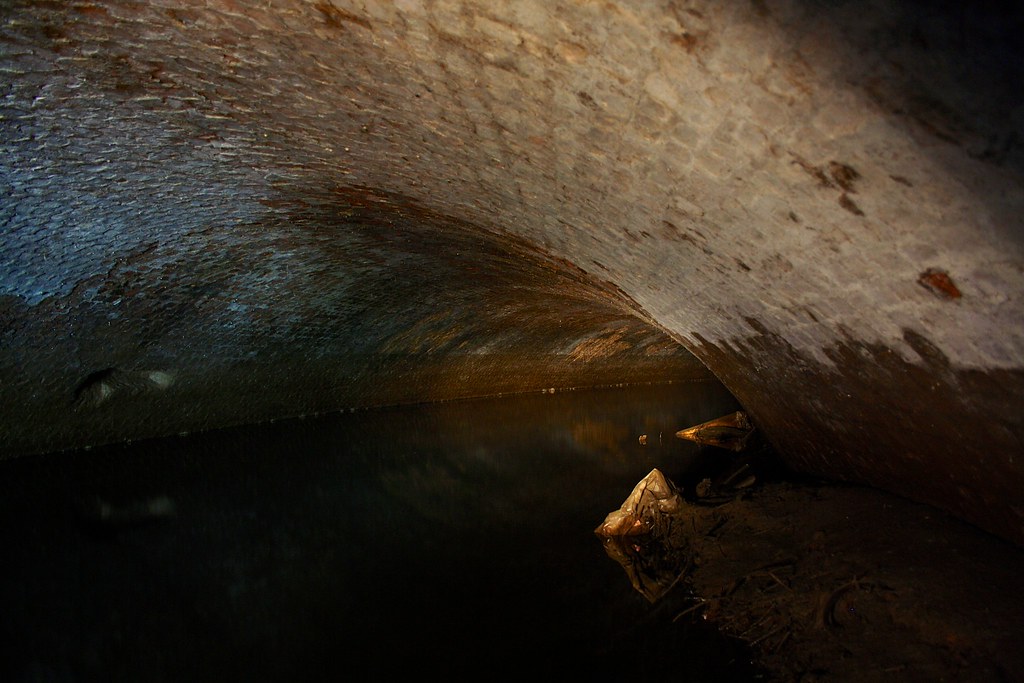 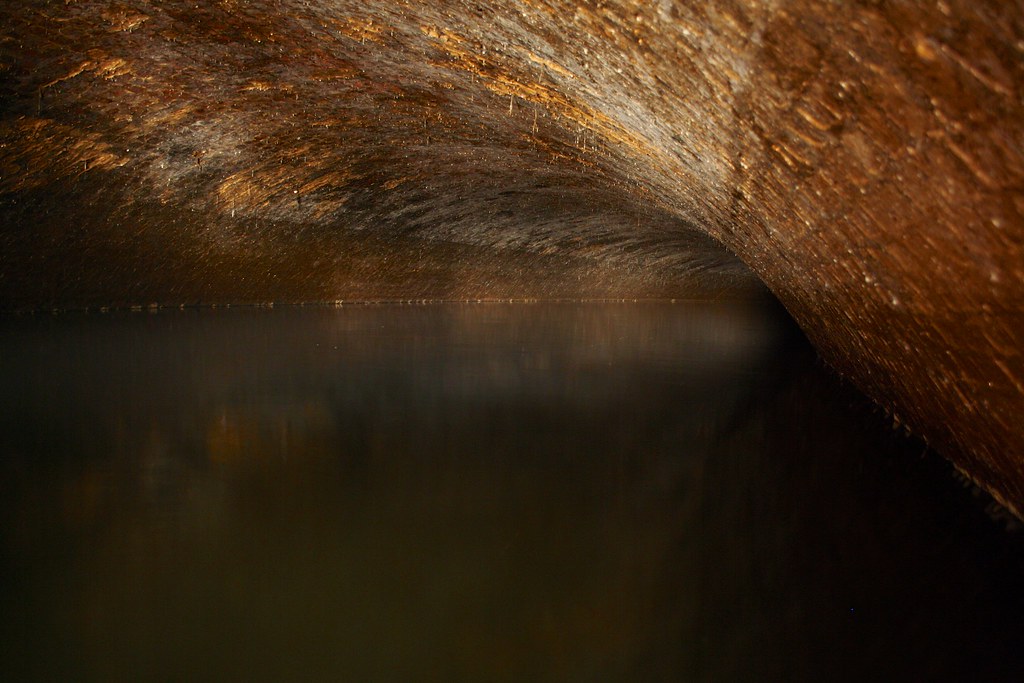 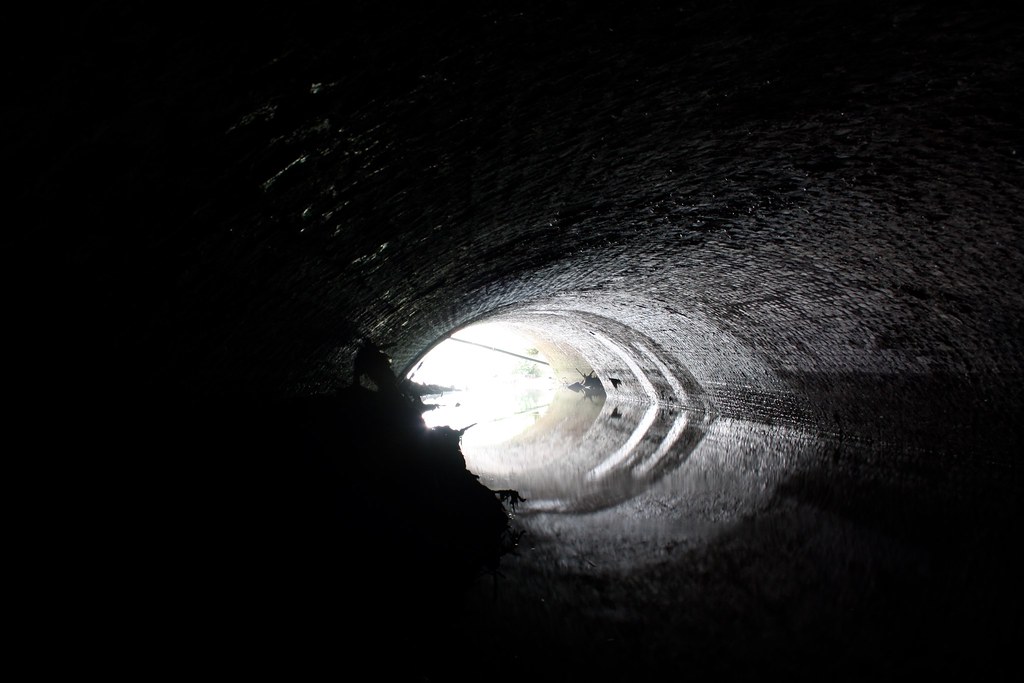 Further upstream a wishing well styled vent shaft can be seen by the canal next to Castle St. Explorers ventured up as far as the vent from underneath some years back, they found the headroom decreased to a couple of feet. 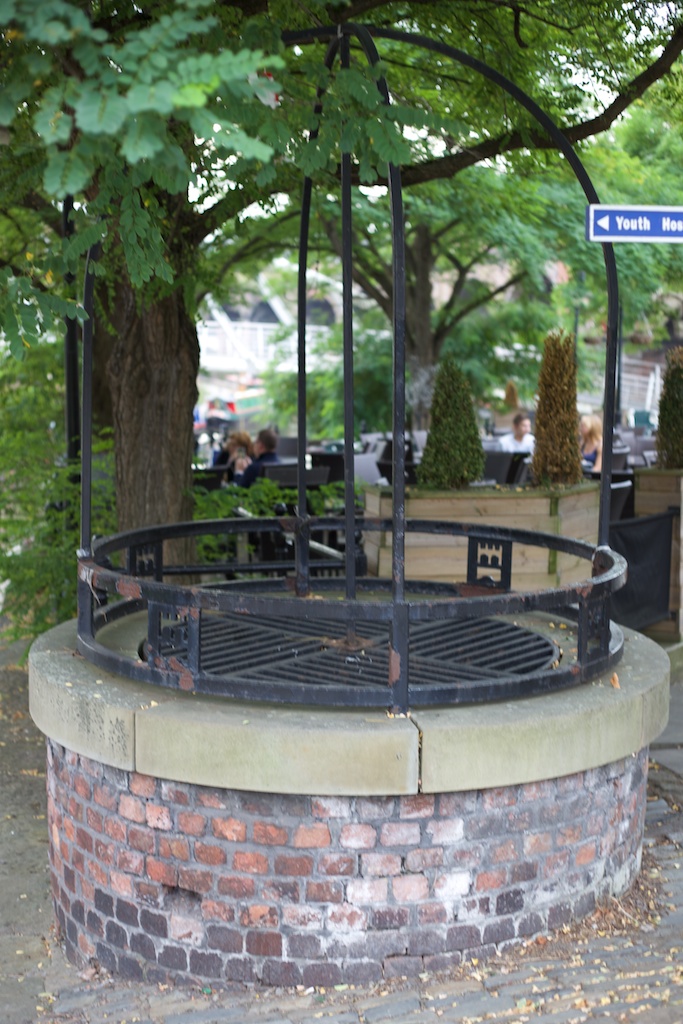 The next point the tunnel can be seen is from bottom of the Medlock swallow / plughole, here the depth was measured at around 5/6ft and sadly no exploration without a boat and drought level flows. 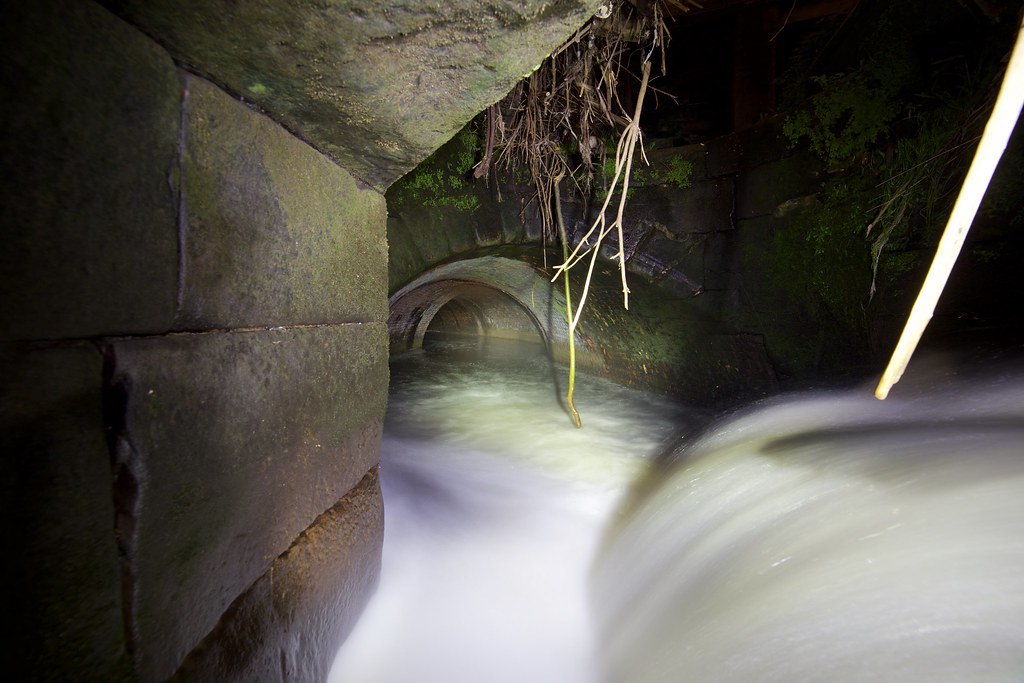 The culvert drops underground at the former site of Knott Mill where a system of sluices enabled water to be sent into the Bridgewater canal. A couple of men were employed night and day to man the setup, the hut they may have sheltered in still resides above the river. 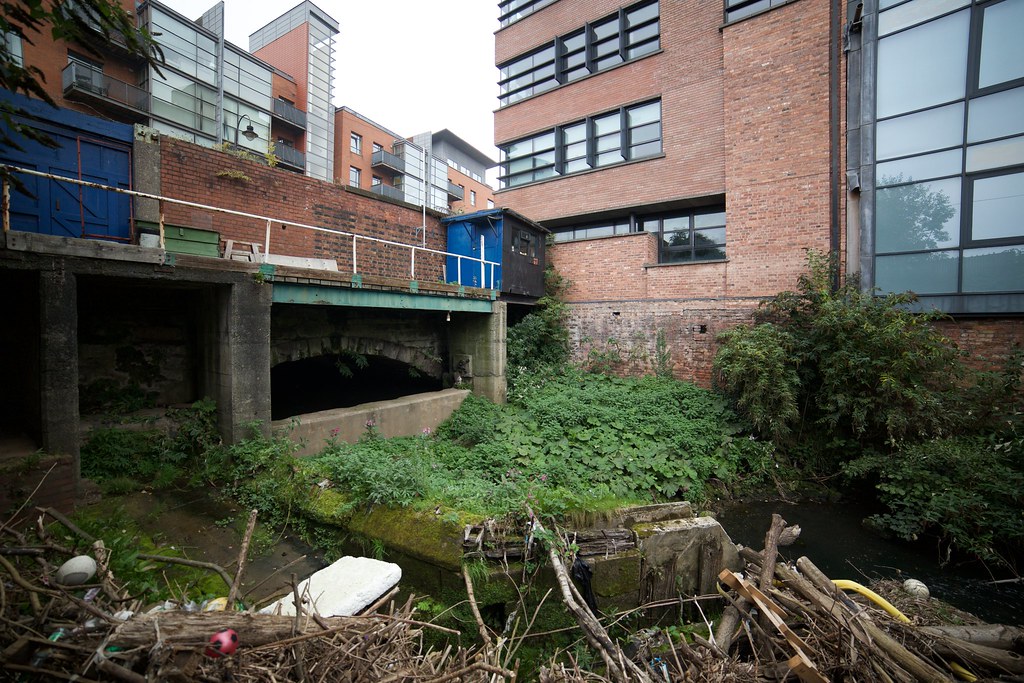 The biggest of the sluice gates lies just over the water as it drops into the tunnel, winding gear on a raised platform allows it to be pulled into a vertical position. 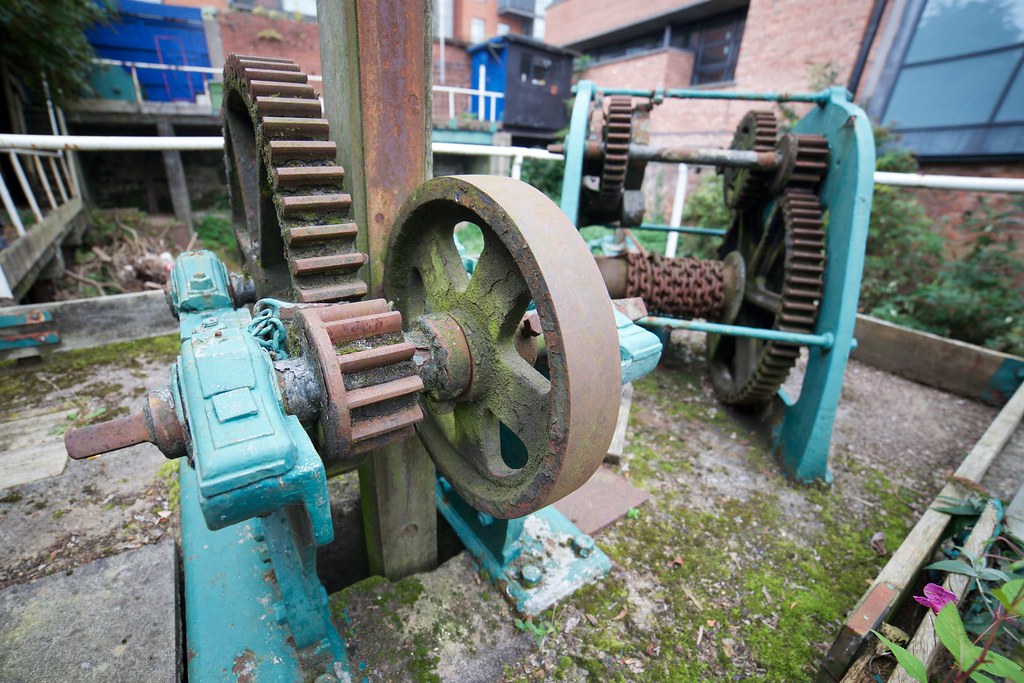 This would have blocked the tunnel off and levels would rise and enter the canal. It's difficult to see on the below photo as a large amount of debris had built up over the top in a recent storm. 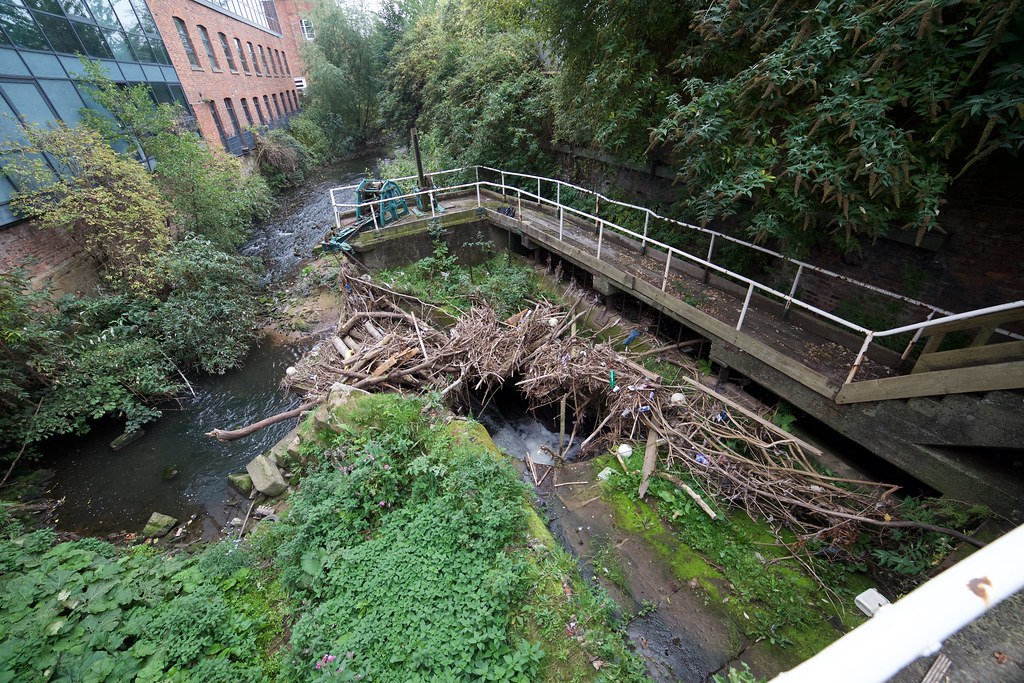 Another smaller sluice enabled fine control, these photos from 2009 show the gates a little better.

Six and a half years later and the smaller gate had completely rotted away. A mark on the side of the platform stated it had been rebuilt in 1949, 66 years ago.

The Medlock eventually became too polluted for use as canal water, the Rochdale Canal was built that joined the Bridgewater canal nearby and came with it's own water supply.