This £1.7million project was recently completed by United Utilities in Radcliffe to install a screening chamber on an old sewer, spills would flow into the Irwell via a new outfall.

The work took allot longer to complete than estimated due to difficult ground conditions, the first time I checked progress the road was closed and the outfall had a track and cart installed. Later this was lined with a plastic pipe and had a grill installed. 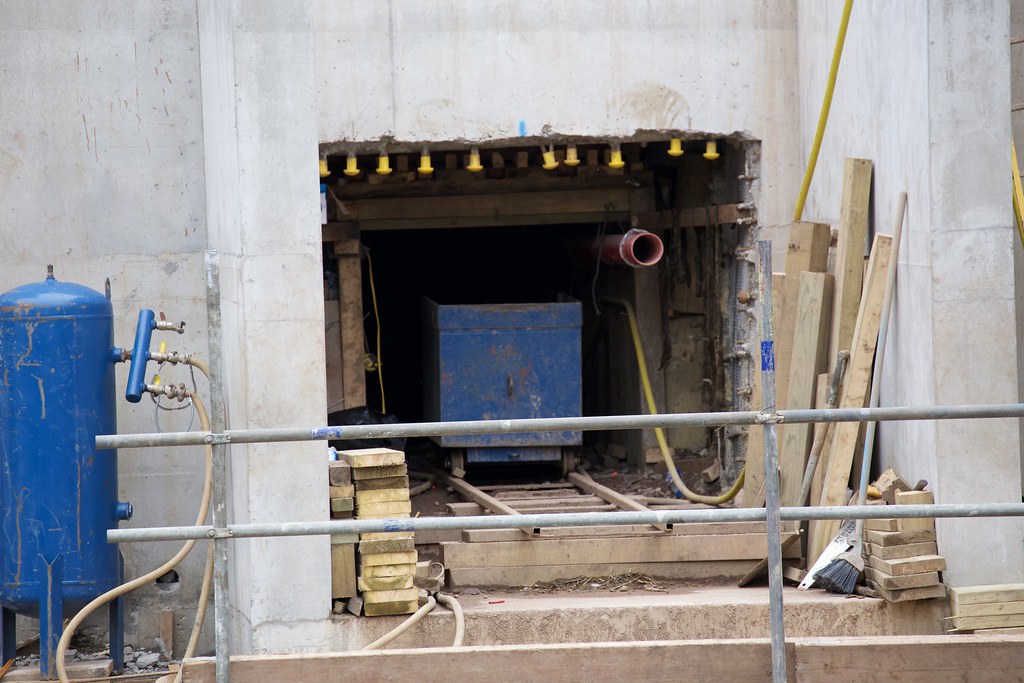 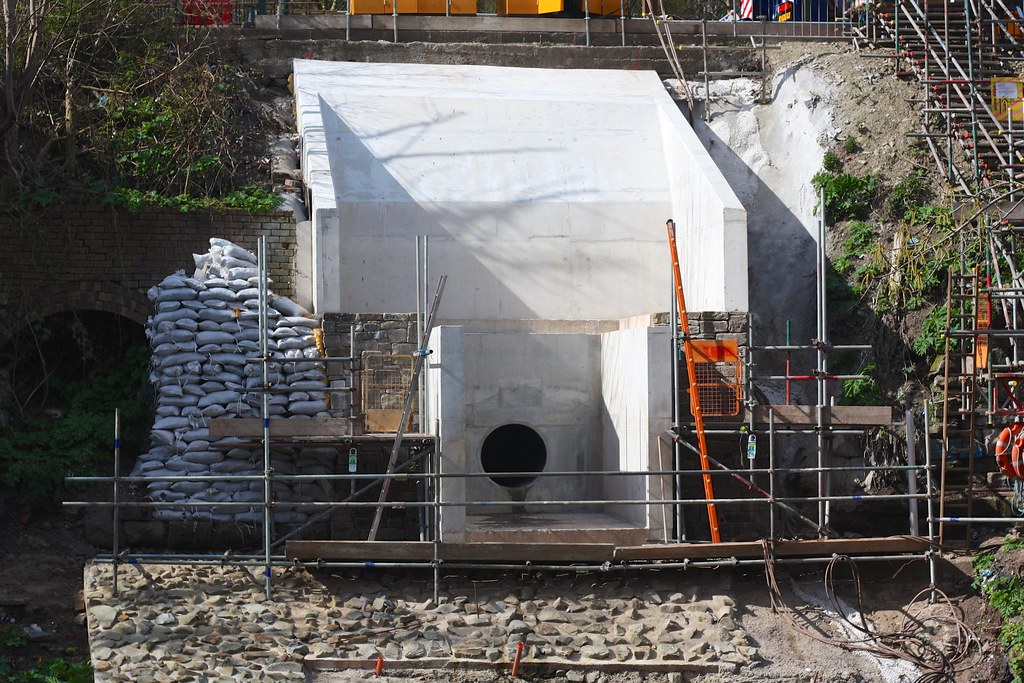 I went for a look at the finished chamber with TunnelMon, it was reasonably large for a small sewer but had little in the way of aesthetic charm. It was straight under the road and the lids clanged often from traffic filling the space with sound. 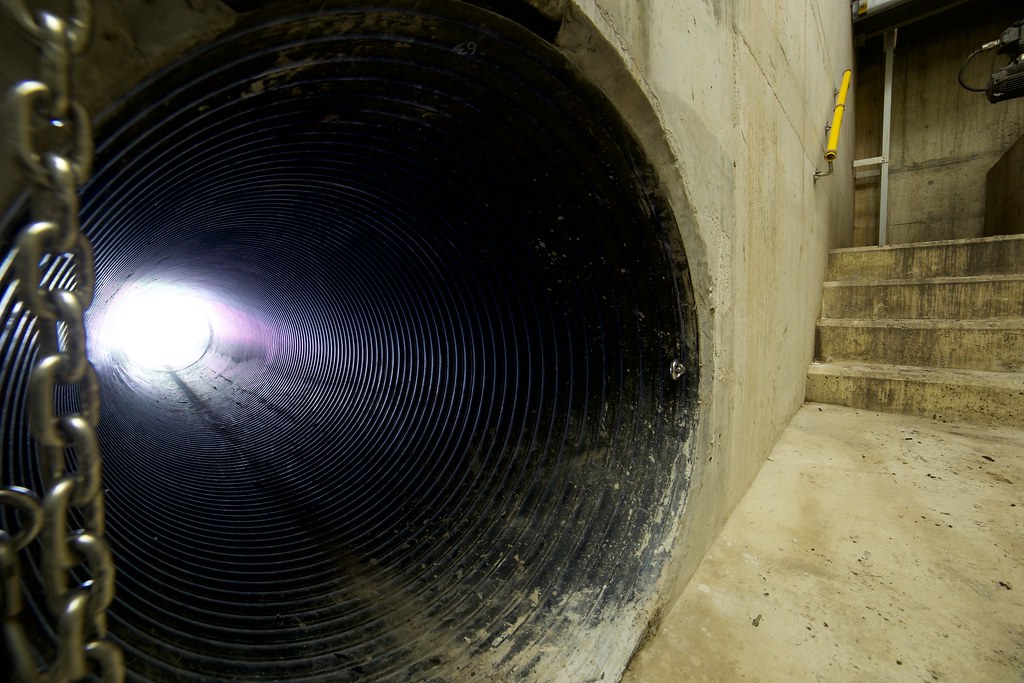 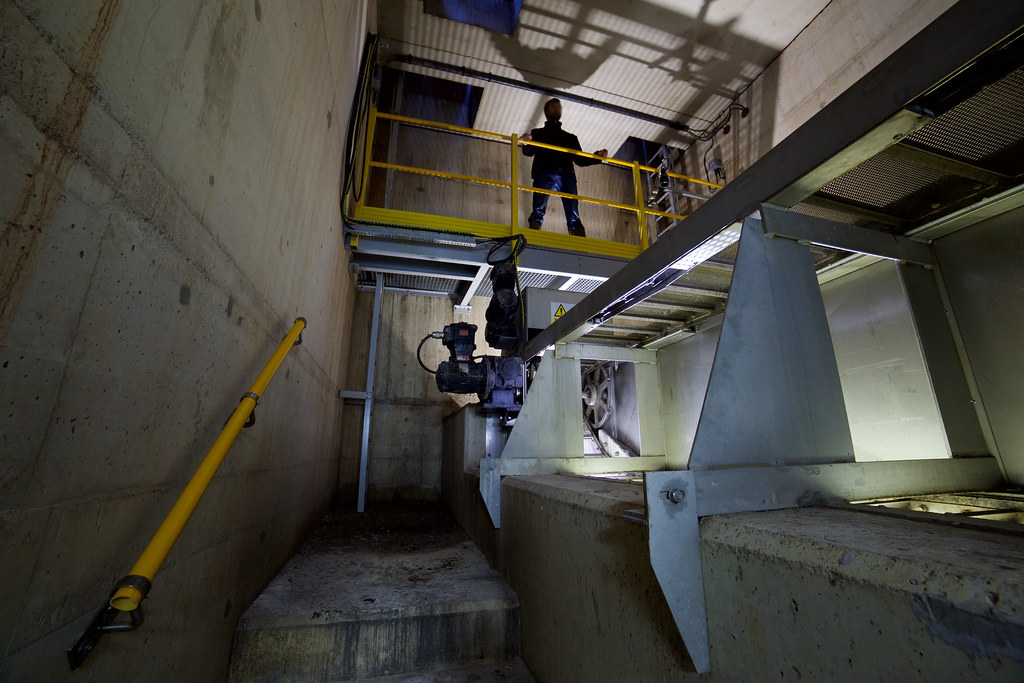 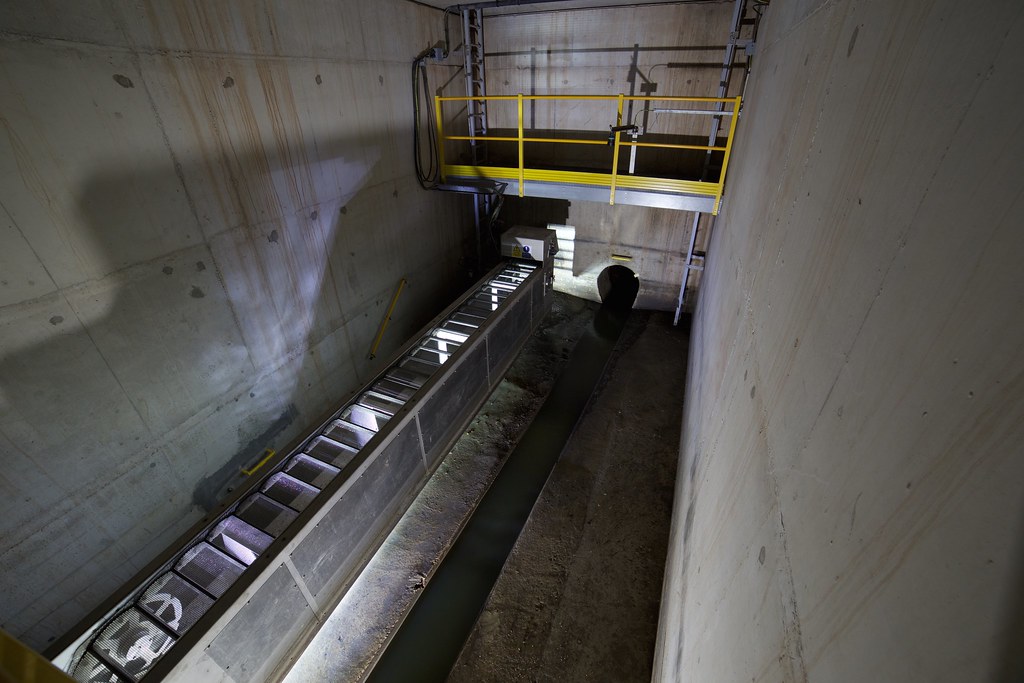 The sewer was a small brick egg, upstream was clogged up with debris and downstream looked around the same size. Usually the exiting sewer is smaller to act as a throttle, maybe it still needs a penstock fitting. 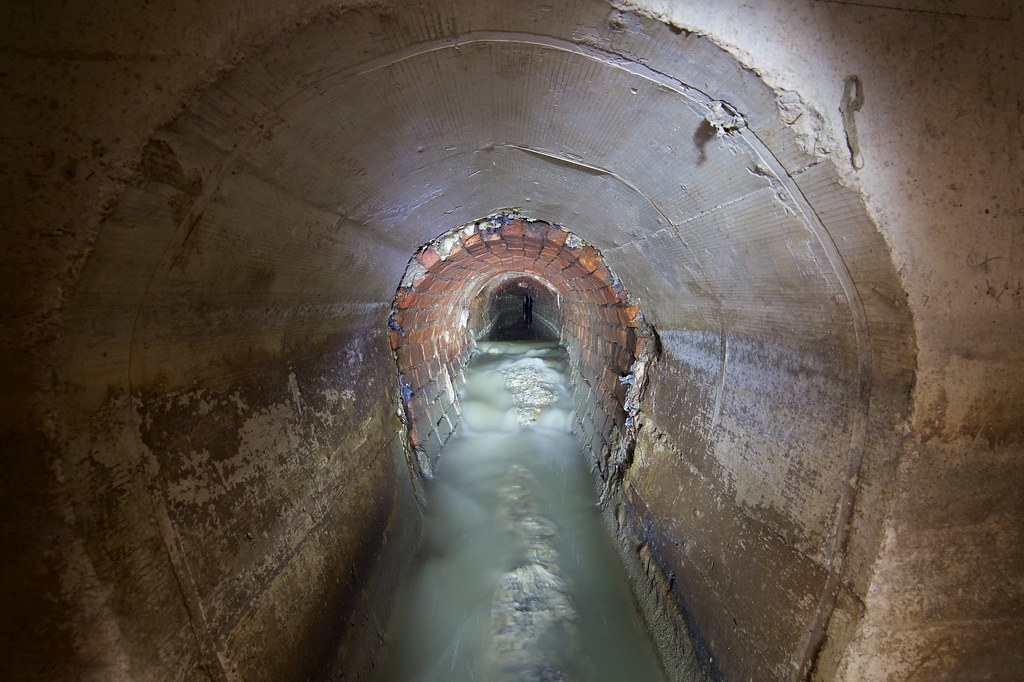 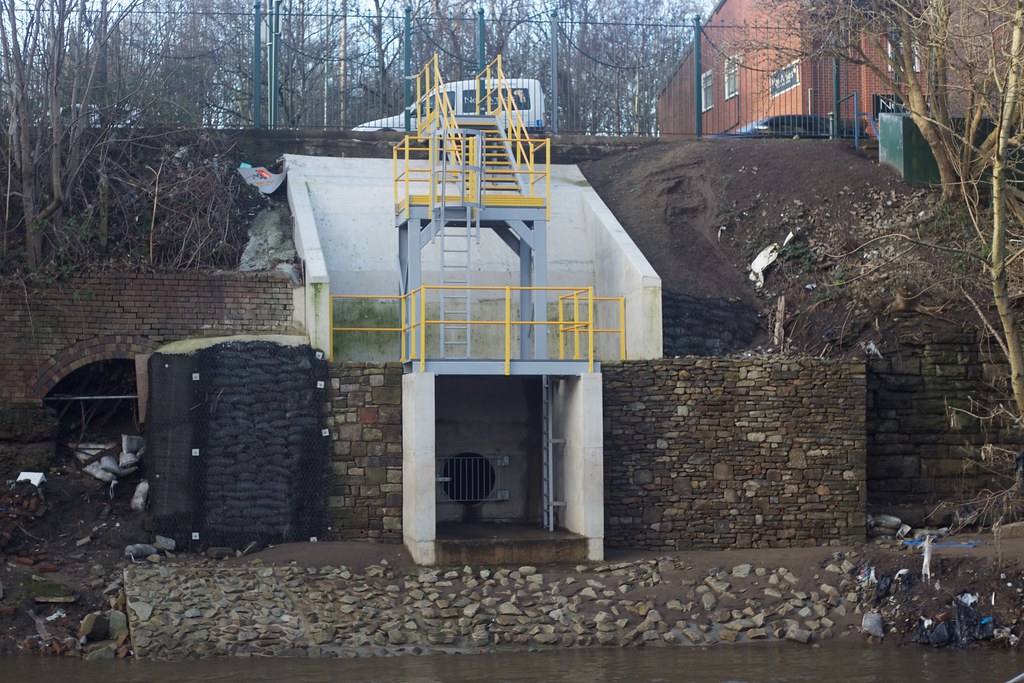