This is a large overflow for the Work 6 sewer in Manchester. It's a stilling pond setup with a high overflow weir, the 2m overflow pipe outfalls to the River Medlock.

I was wading through the Medlock with TheVicar some years back when we came across a large grilled outfall, with no obvious way in we passed it by. More recently I met up with Gone to give a likely lid a go but it had rusted shut and even with encouragement it remained sealed.

Eventually we found a way in (hence the name) and headed up the 2m spraycreted pipe. We passed through a concrete inspection chamber after which glimpses of brick could be seen in subsequent manhole shafts. There was one sidepipe along the route which led a short way to a dropshaft, this delivered a meagre flow and upstream the main pipe was bone dry.

After a long walk we rounded a corner and were met with a brick chamber with a bisecting wall. Looking upwards a multi landing access shaft went up quite some way to the surface. 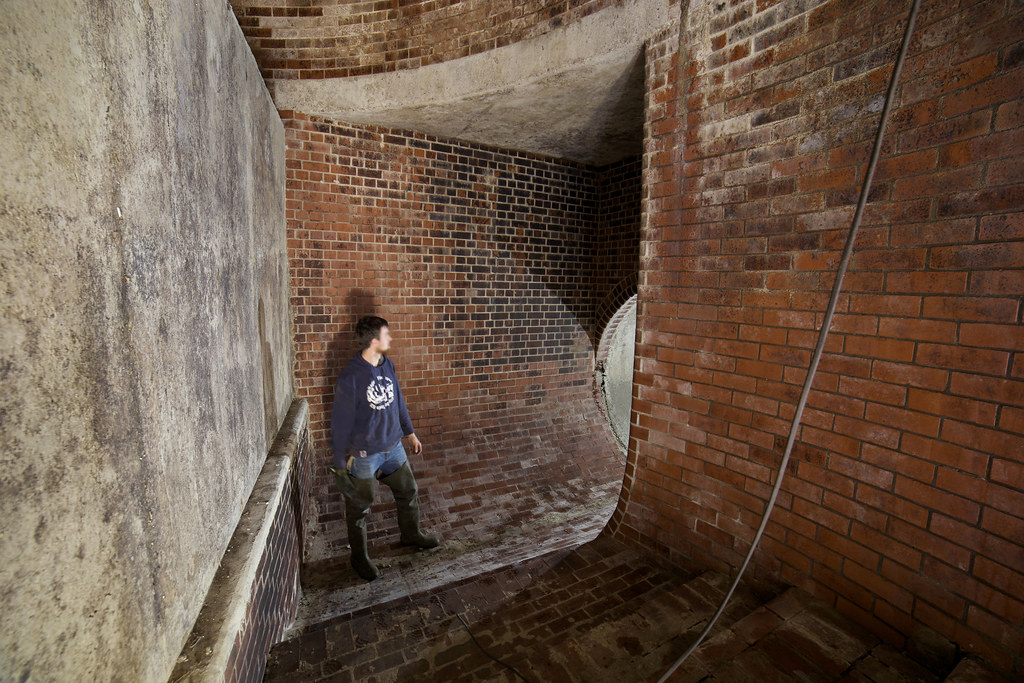 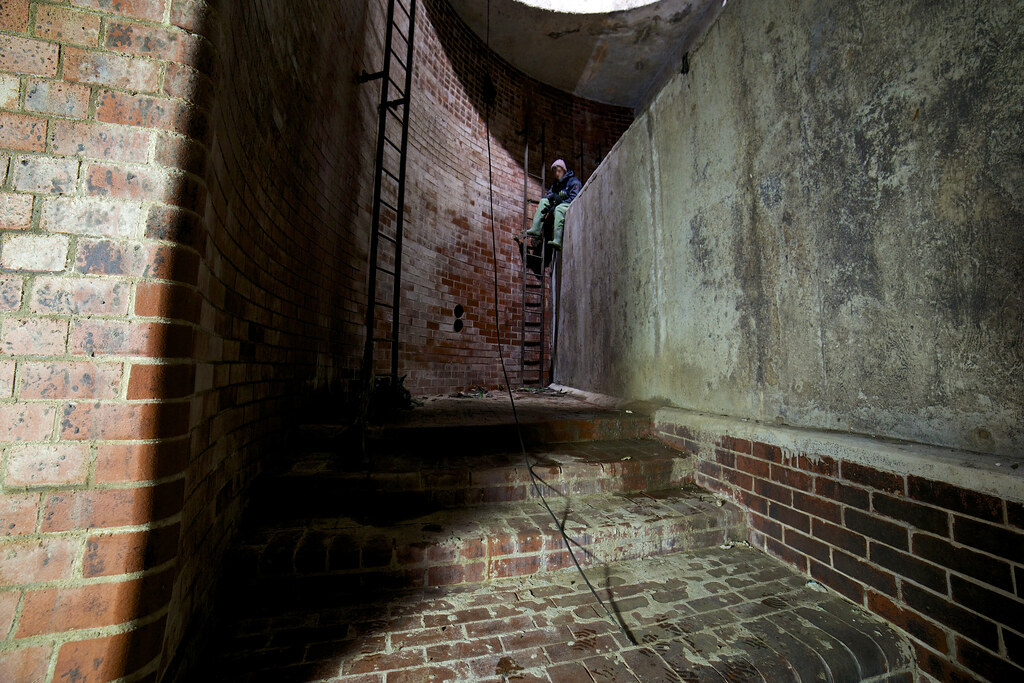 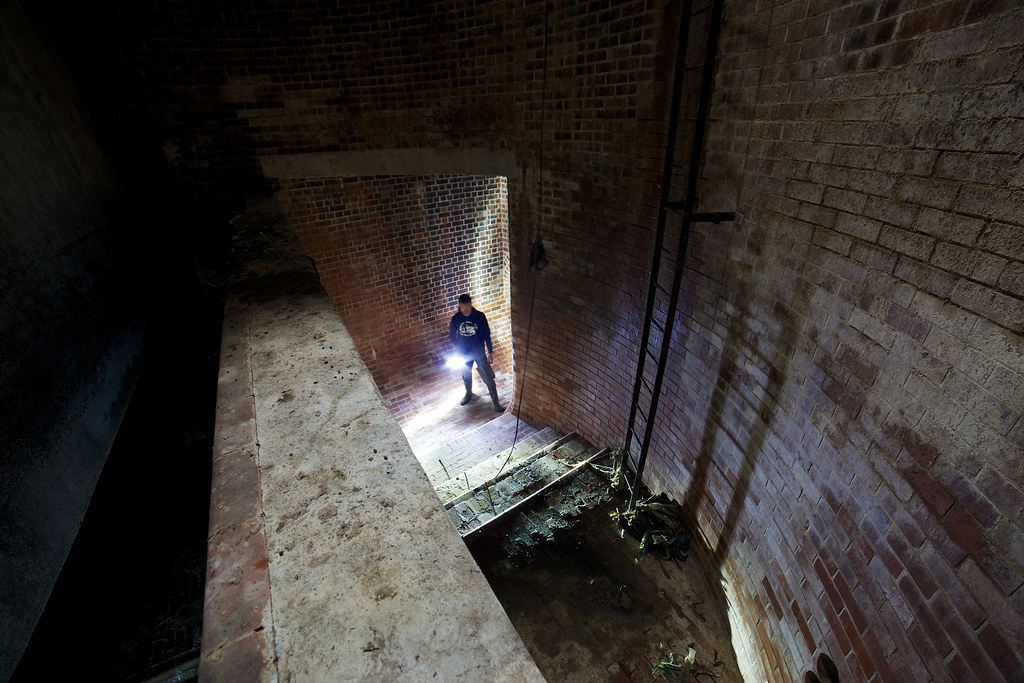 Sitting on top of the wall looking down the other side it was obvious it was a stilling pond, there was a large concrete scumboard overhead and the sewer disappeared through a small penstock to pass under the spill channel we had just been in. I wasn't expecting the sight that awaited us at the bottom. 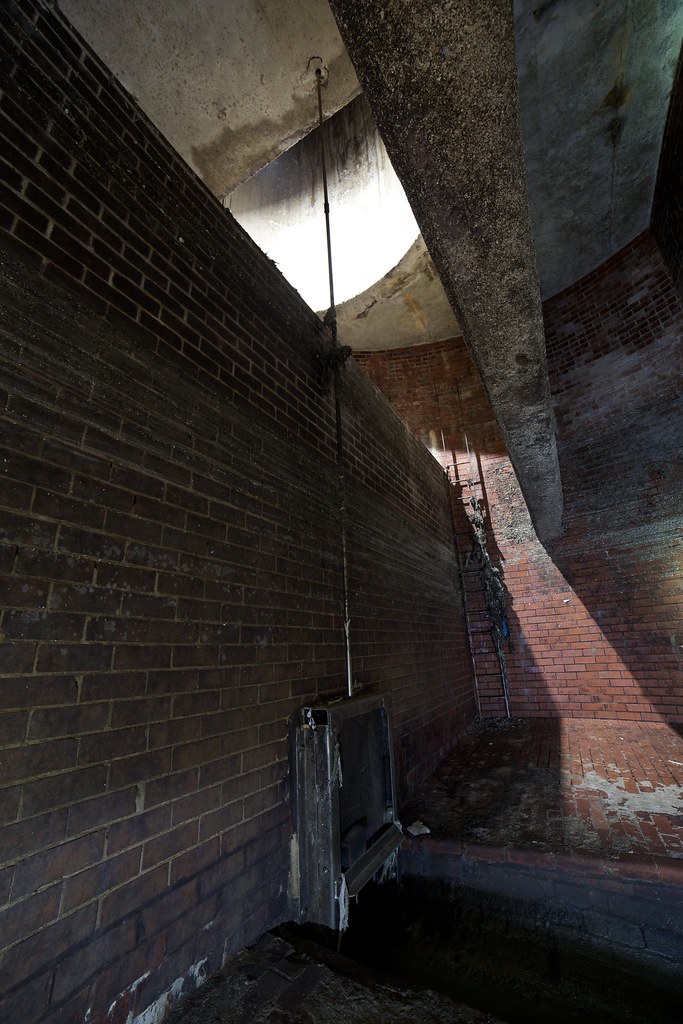 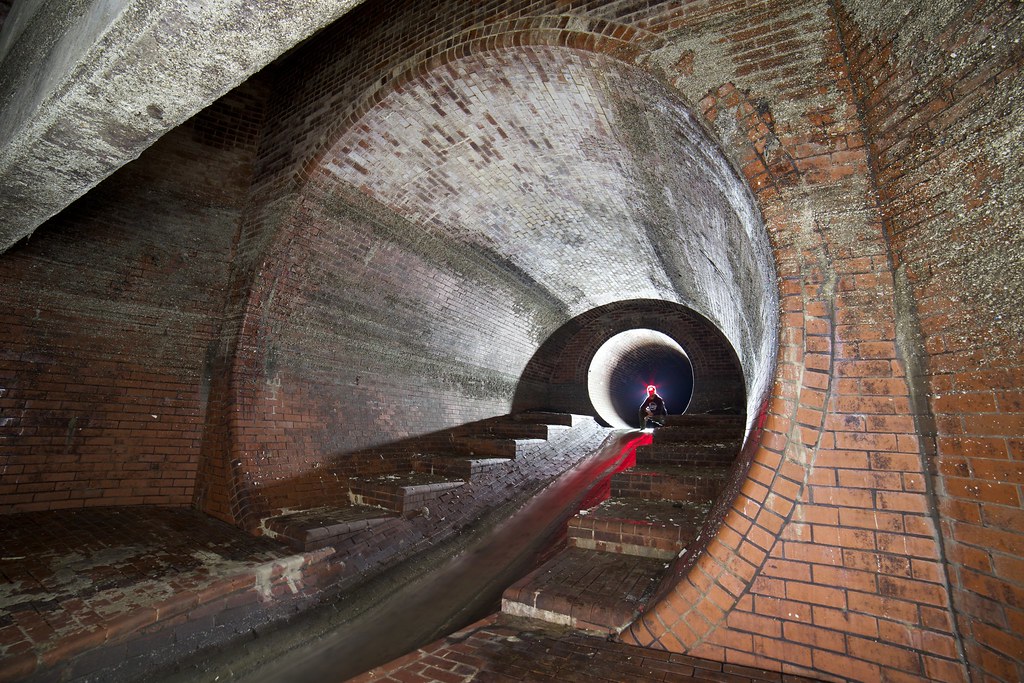 The 9ft sewer enlarged into a brick funnel that was around 14ft at the bottom. Steps either side allowed us an easy way up and the rats a good place to dig into the mud that had built up at the top. 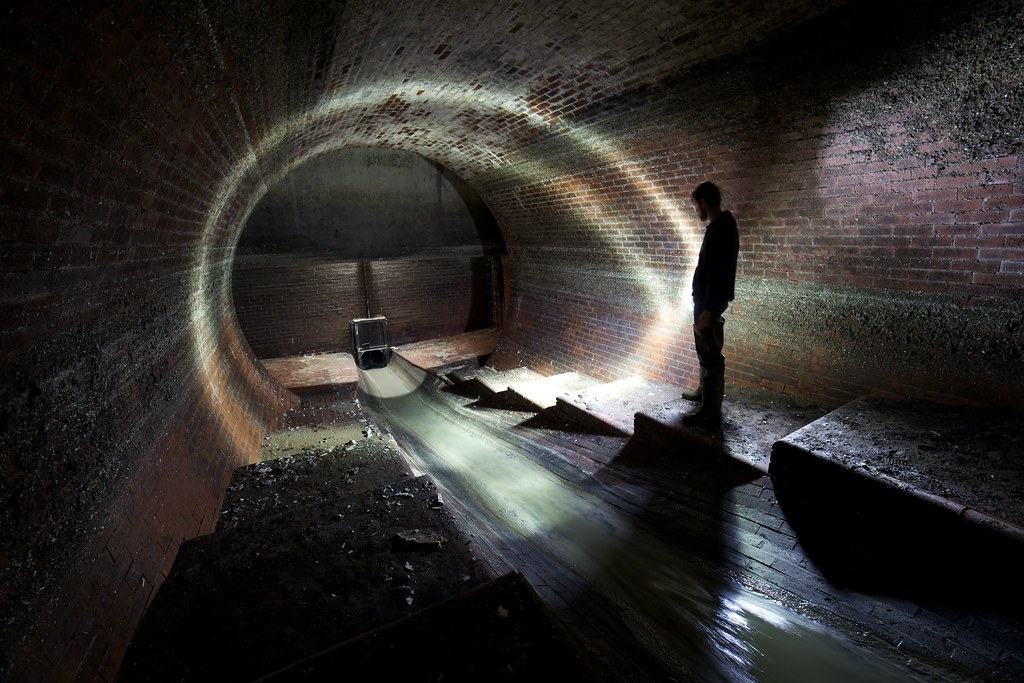 Above the chamber the first landing gave access to a passage that lead down to the sewer on the other side. 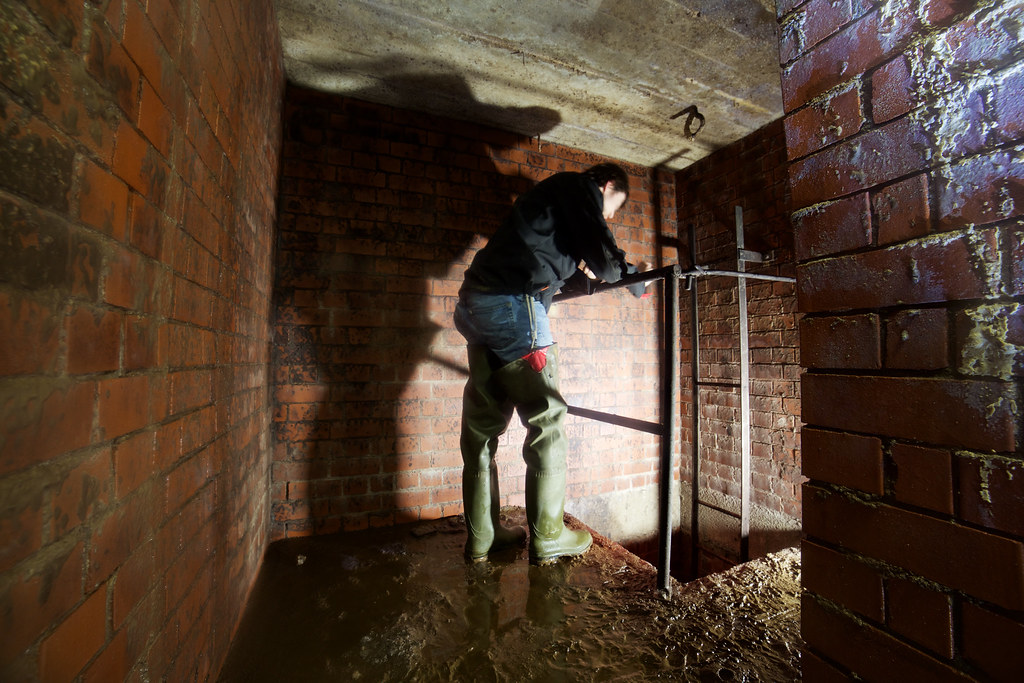 The outgoing sewer was around 4ft, following it downstream eventually goes all the way down to SSSI where it joins the Work 5 Interceptor.

On a return trip with TheLoki and our Belgian counterparts from off-limits.eu we continued up the interceptor for around 1.4km. The going against the flow was slow and wearing thigh waders was a bad choice. 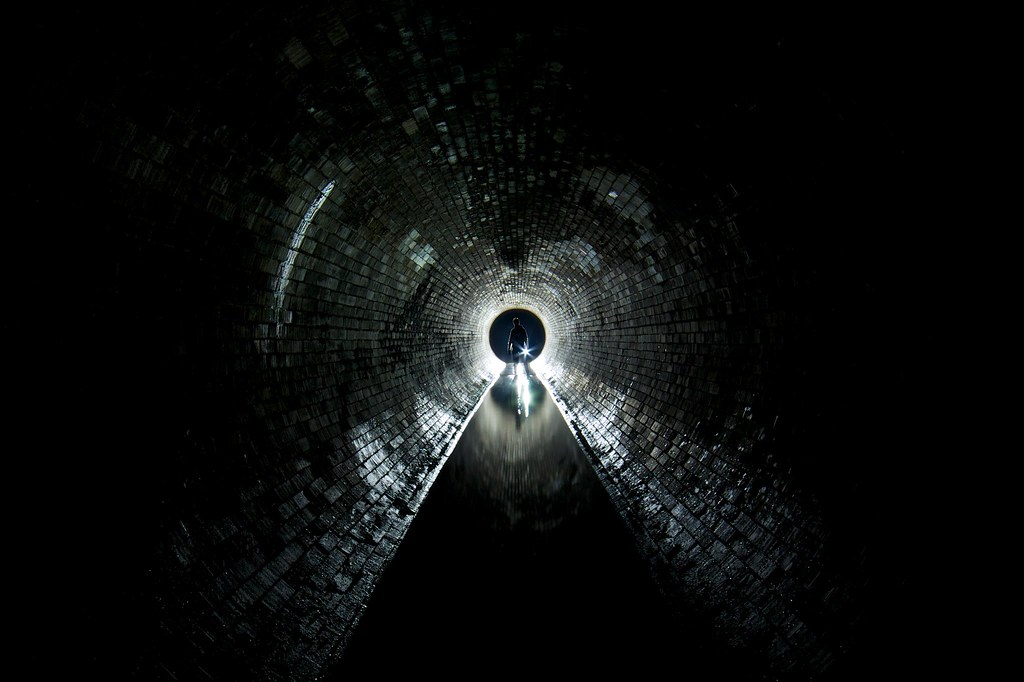 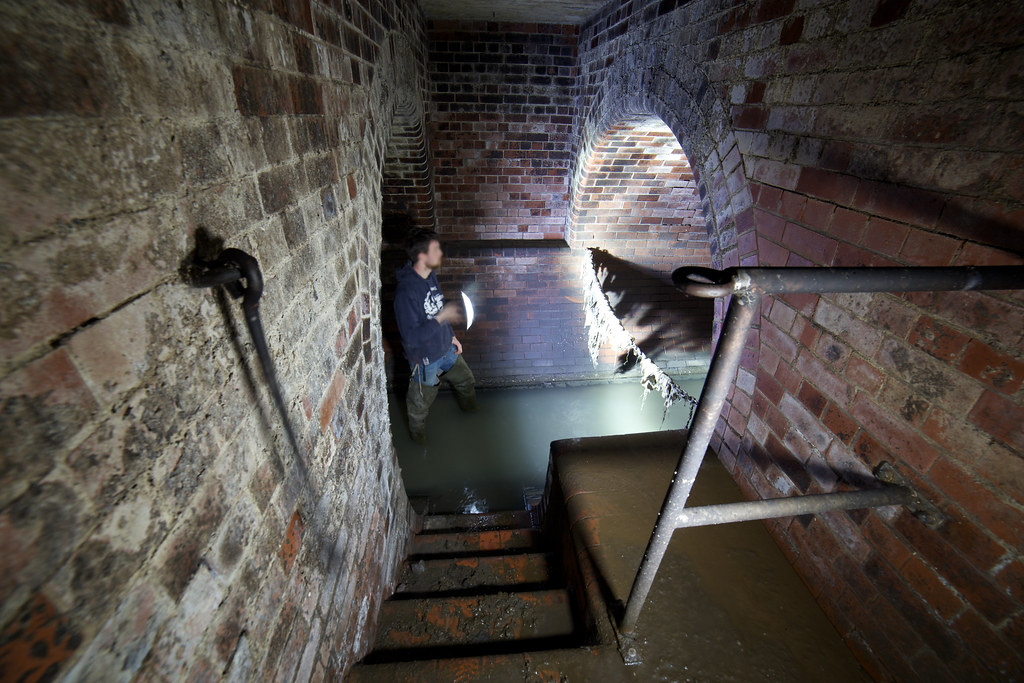 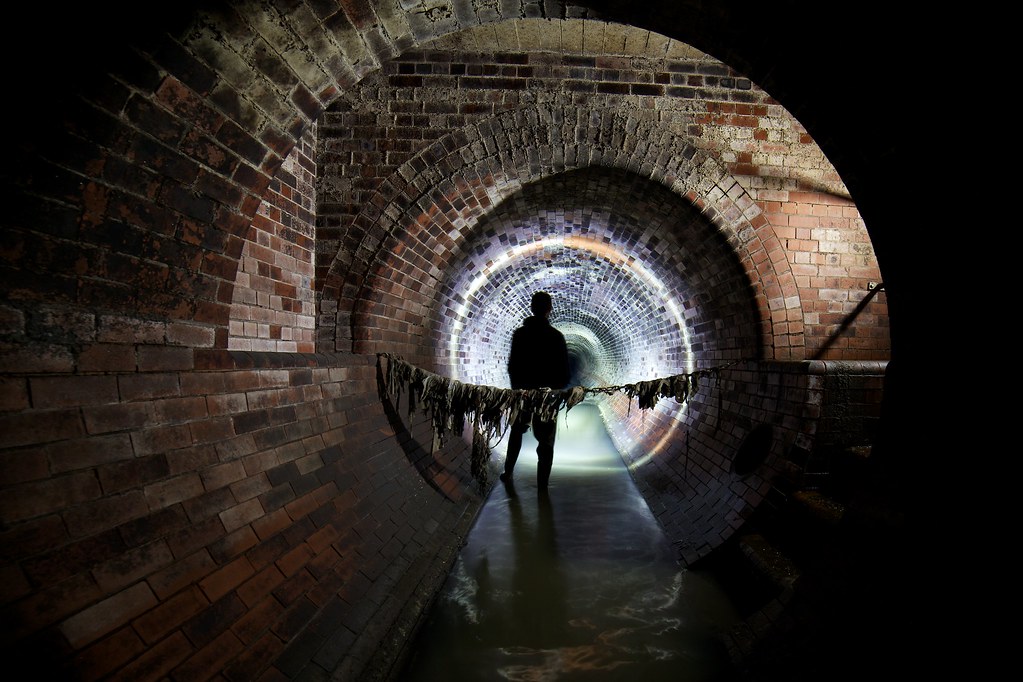 We passed through a couple of chambers which had small dropshafts and eventually arrived at the source of a roaring noise. This turned out to be a small cascade which marked the transition from brick to concrete. 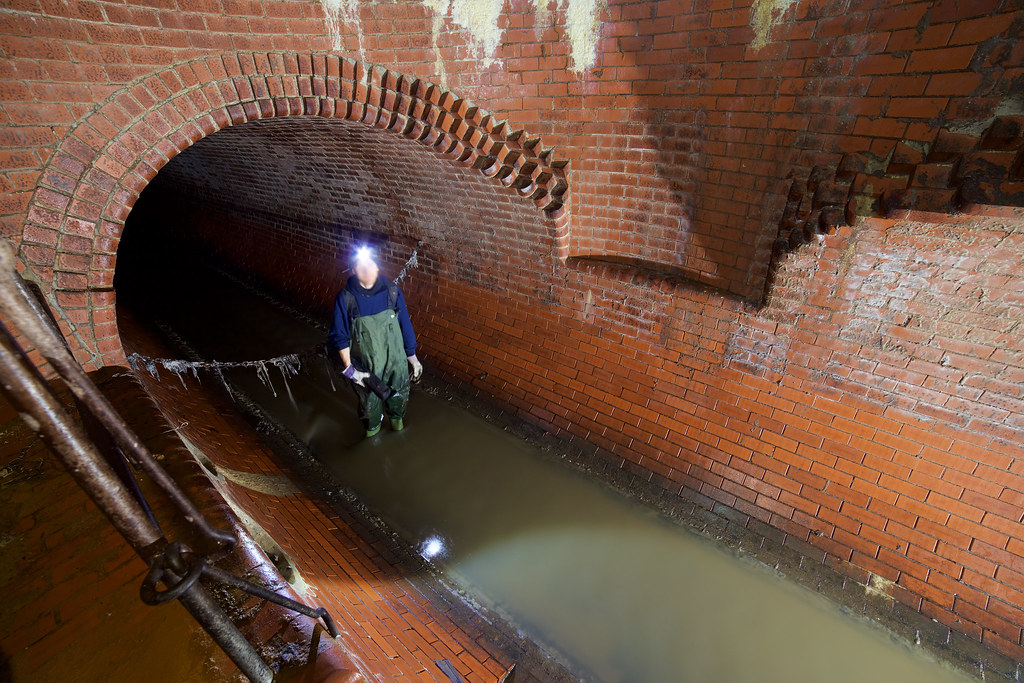 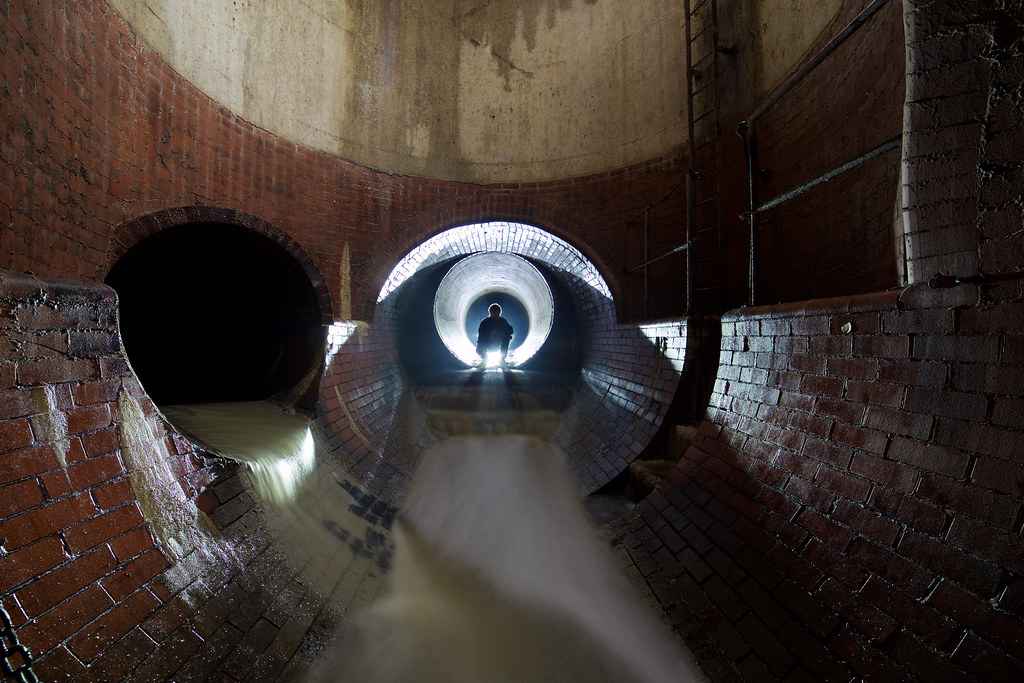 Just upstream was a rather interesting setup, a chamber was bisected by a metal pipe and had a slot for a penstock. This was stored above in the form of big wooden pieces and a gantry to allow them to be lowered below. The bisecting pipe had openings ontop on each side, this could be the Clayton Brook in which case the purpose could be to divert the Interceptor's flow down to the nearby Cornbrook to allow maintenance downstream.

The configuration doesn't look quite right for that though, meaning it's maybe be an overflow for the smaller pipe into the larger one, or a back flow control setup. Whatever the purpose it doesn't look to have been used in a while. 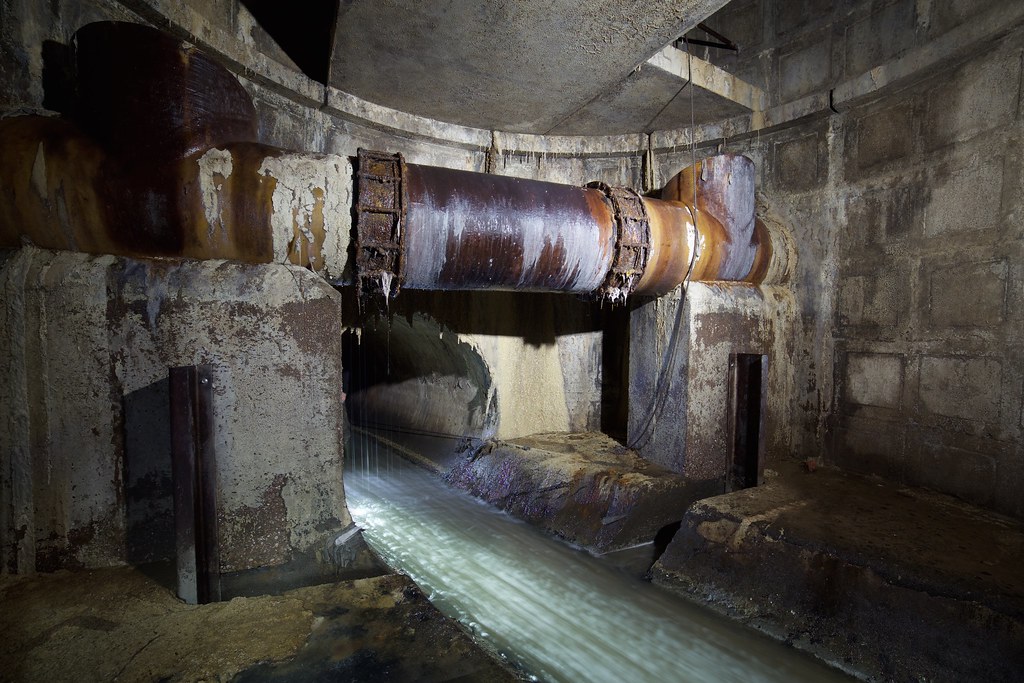 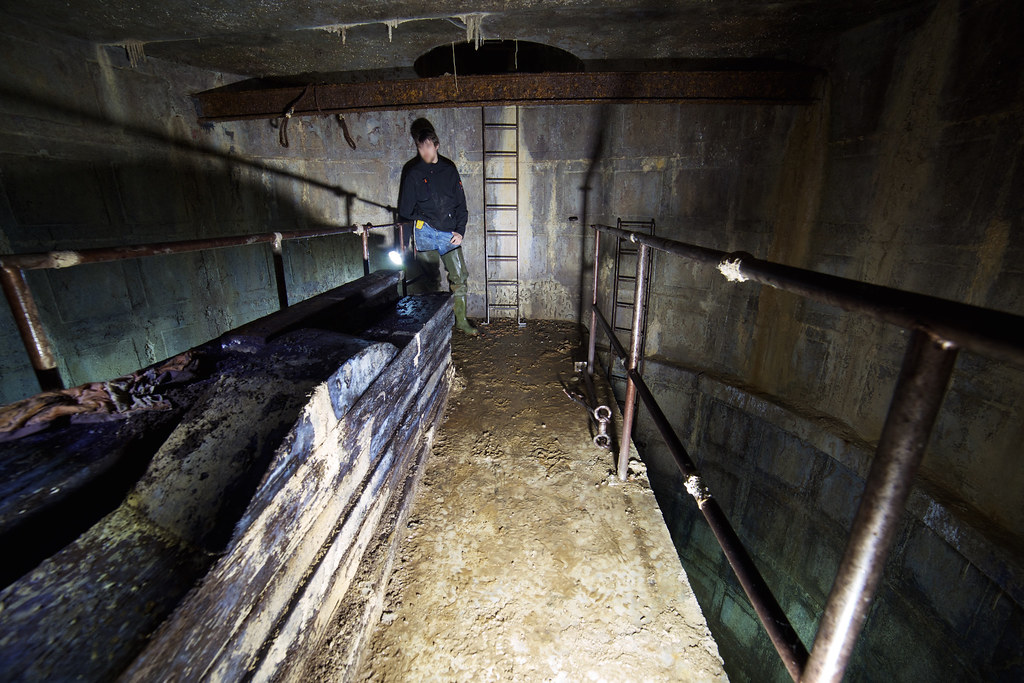 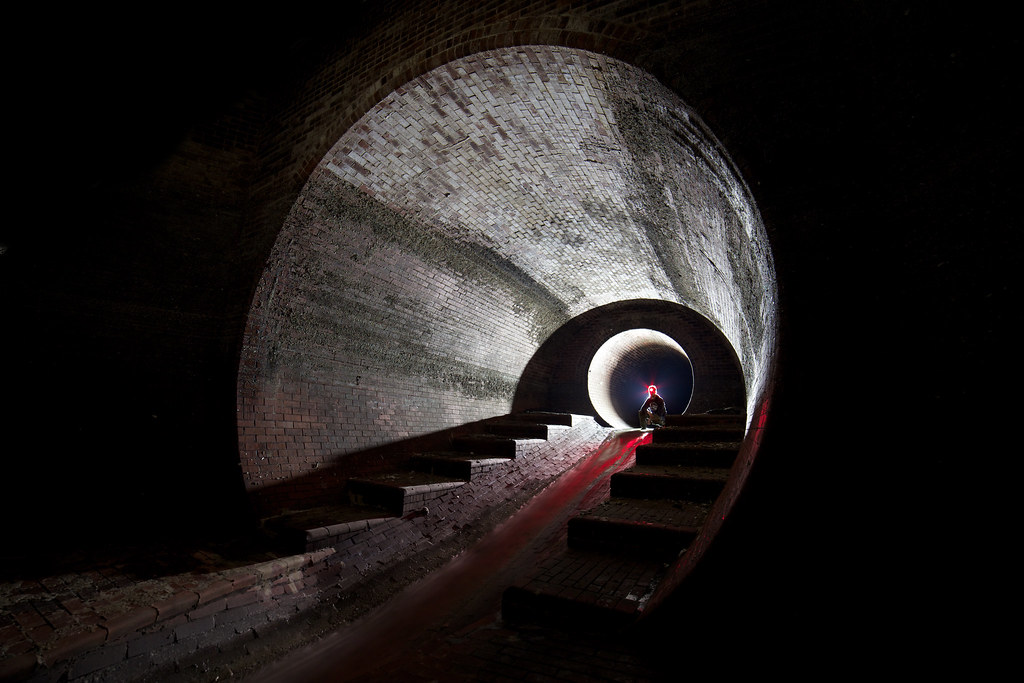