The River Ribble is a small watercourse in West Yorkshire, it flows under the Washpit Mill in a short but feature packed culvert.

A stepped cascade greets you soon after the outfall, up that the channel splits in two with arches then pillars down the middle. 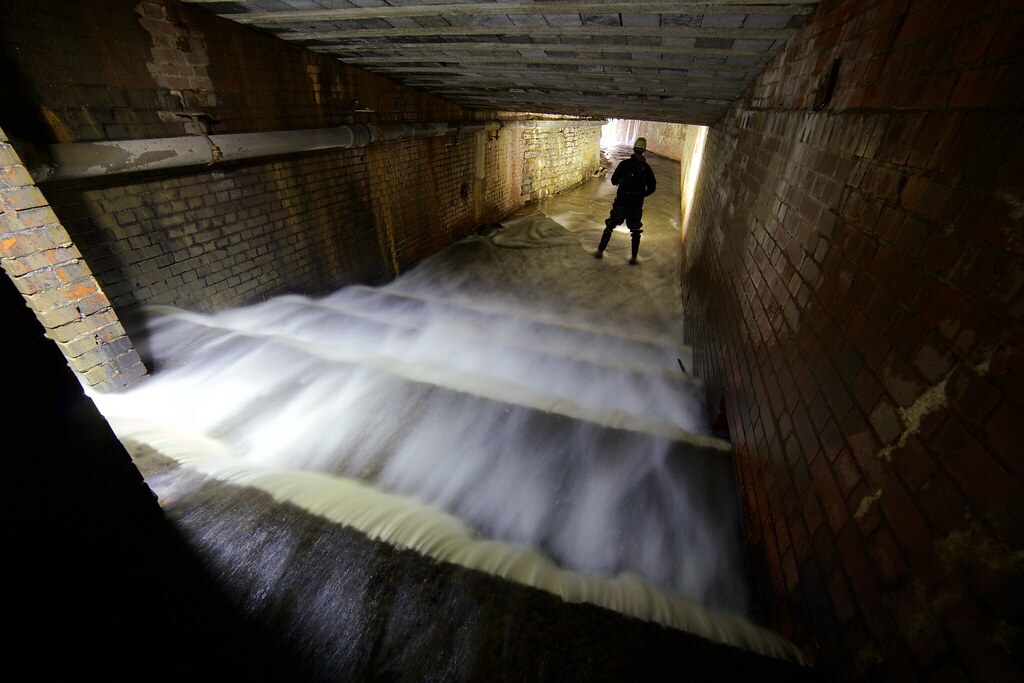 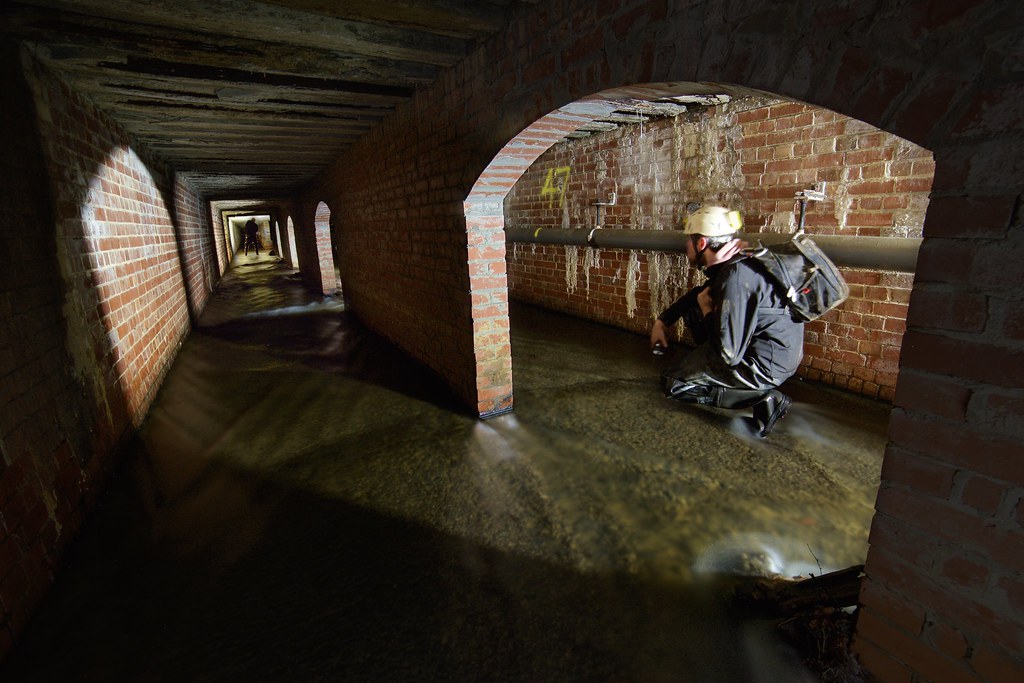 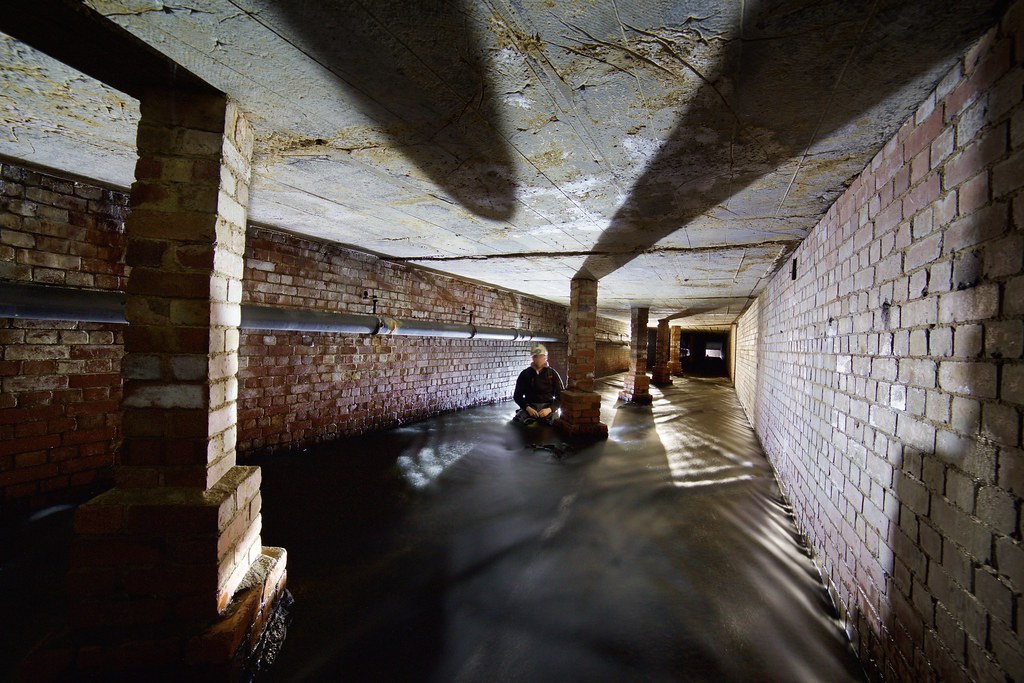 Under an arch and round the corner the next section was a straight, tall stone channel. It was full of all manner of pipes, concrete supports and holes letting in daylight from above. 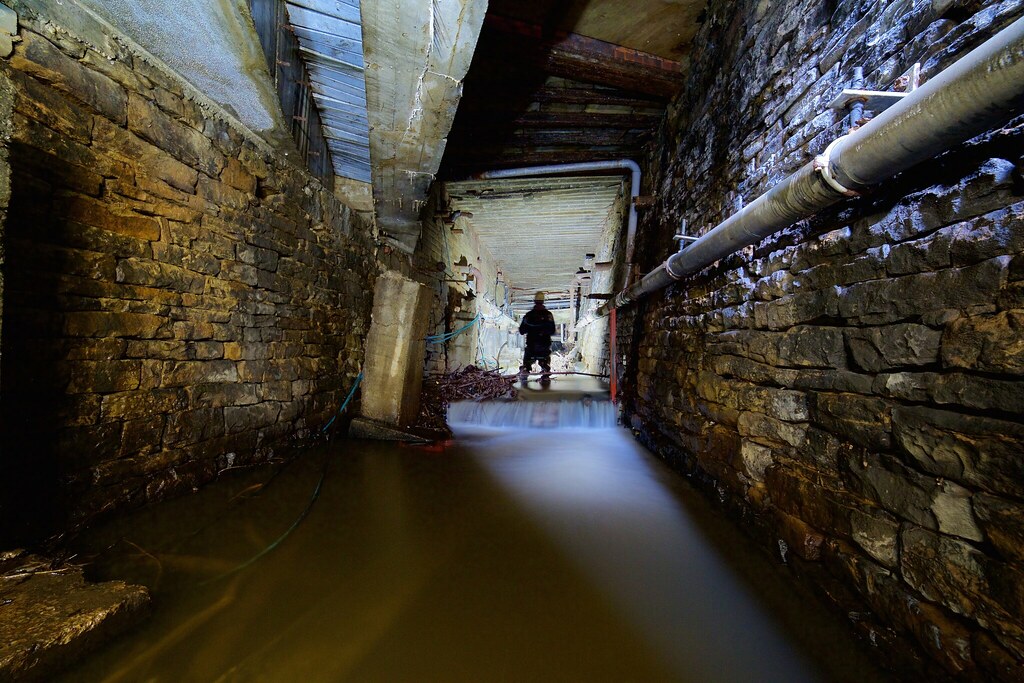 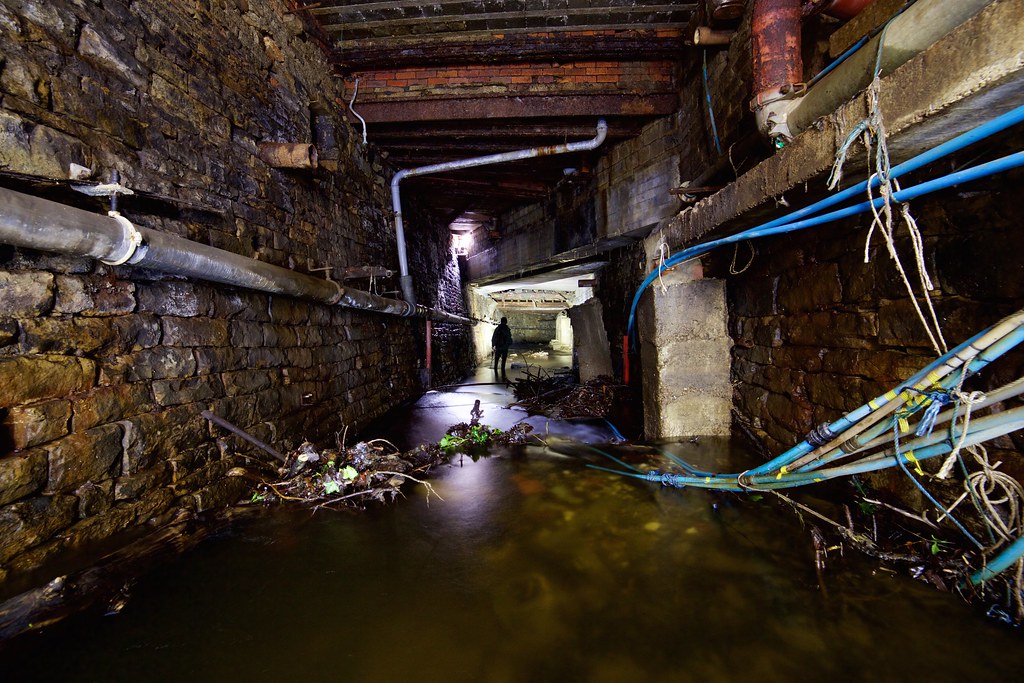 There was even a ladder up to a bridge of sorts, there used to be access to outside but a bit of wood was jammed in the hole. 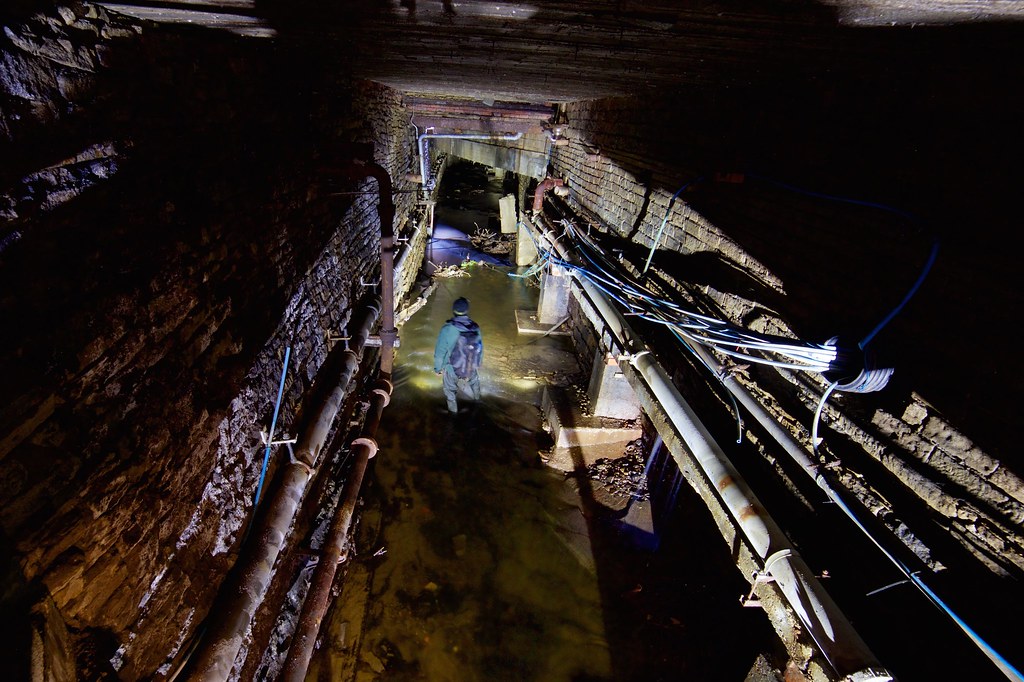 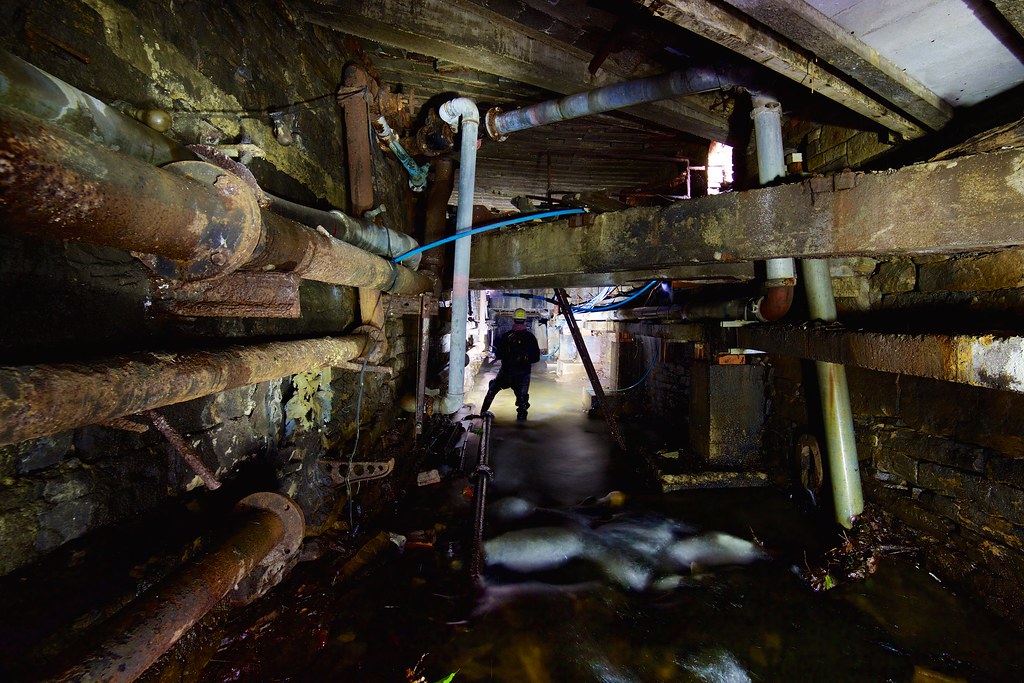 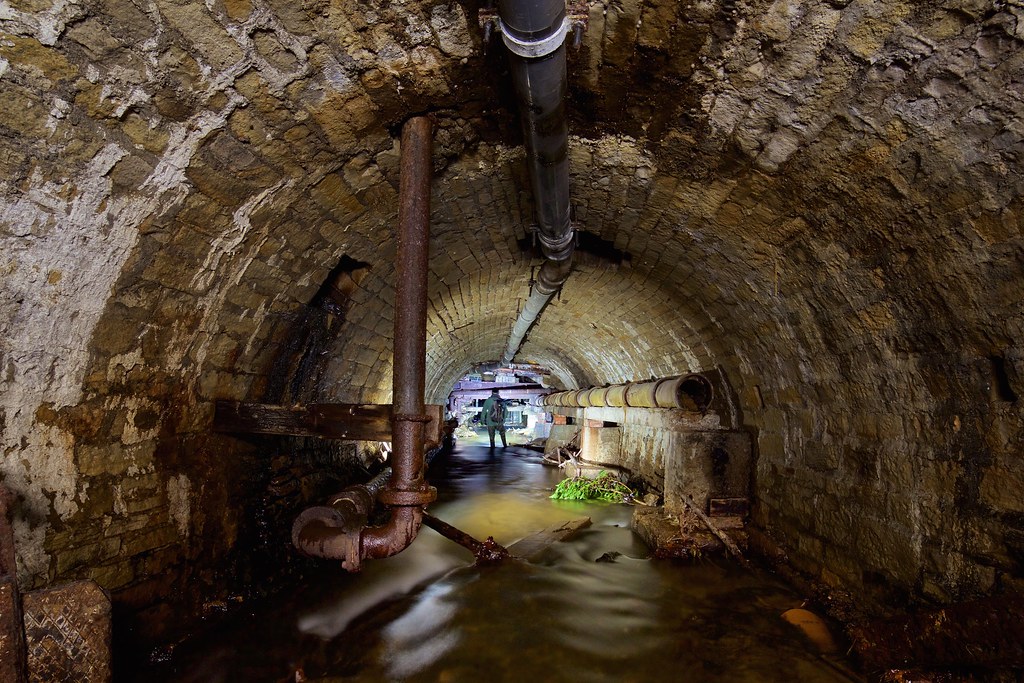 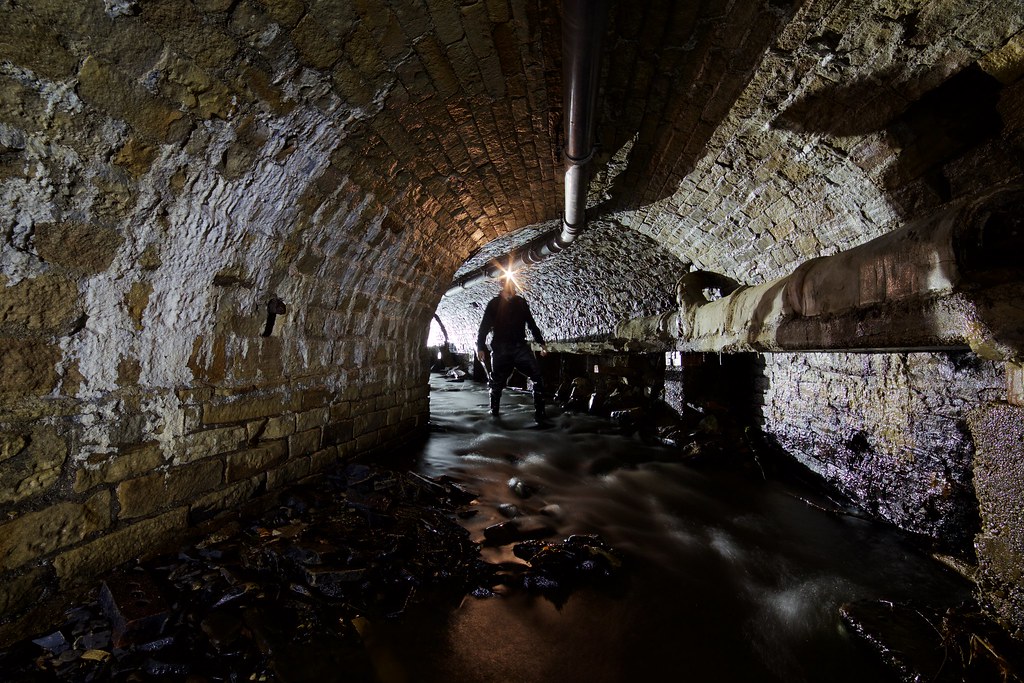 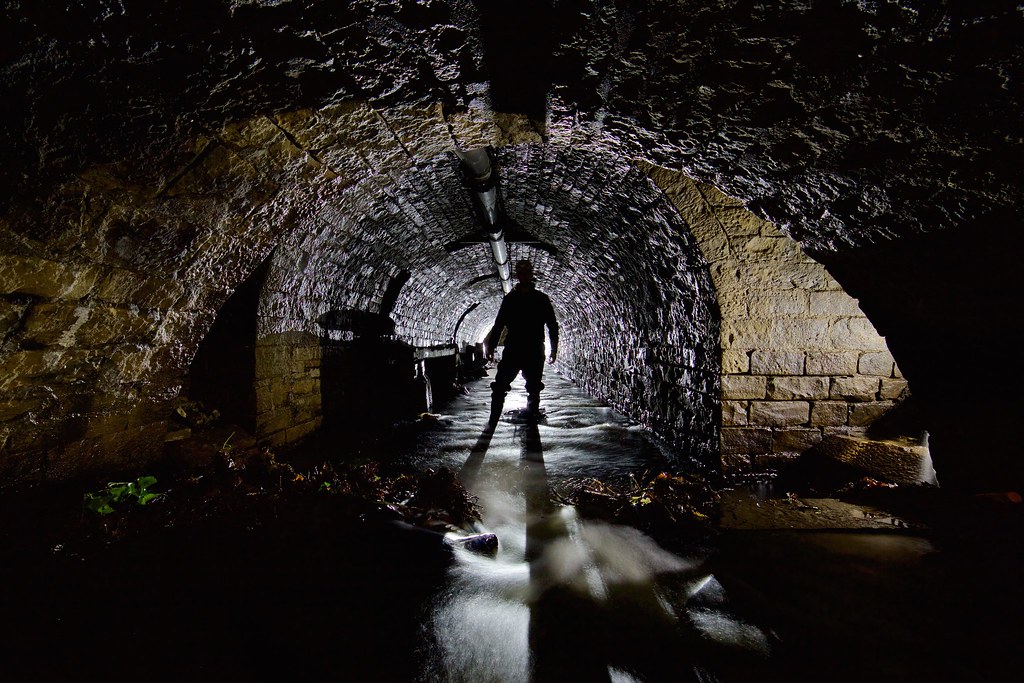 Behind a broken length of concrete support was a low slot, I heard water flowing beyond so crawled in. It opened up slightly to a small arched tunnel, a few meters in was a rather nice (but small) stone cascade. 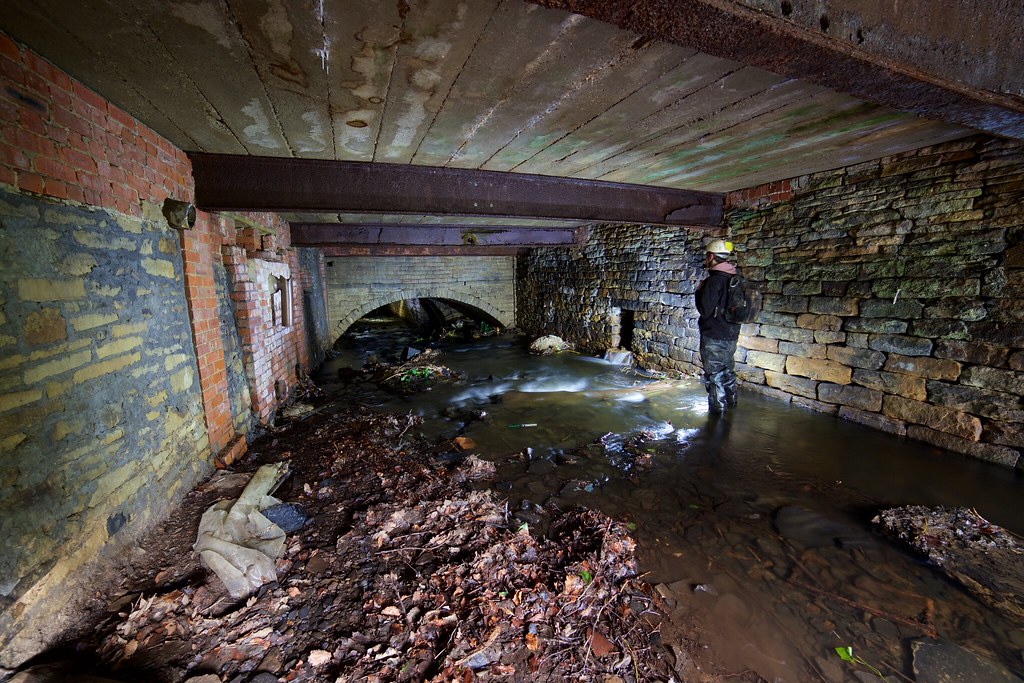