This little CSO is found in Bury and has the shortest overflow pipe I've seen, the chamber is only a stones throw from the outfall. It has a similar stilling pond design to a couple of other CSOs I've seen in the area with all three probably done by UU in the same round of upgrades. 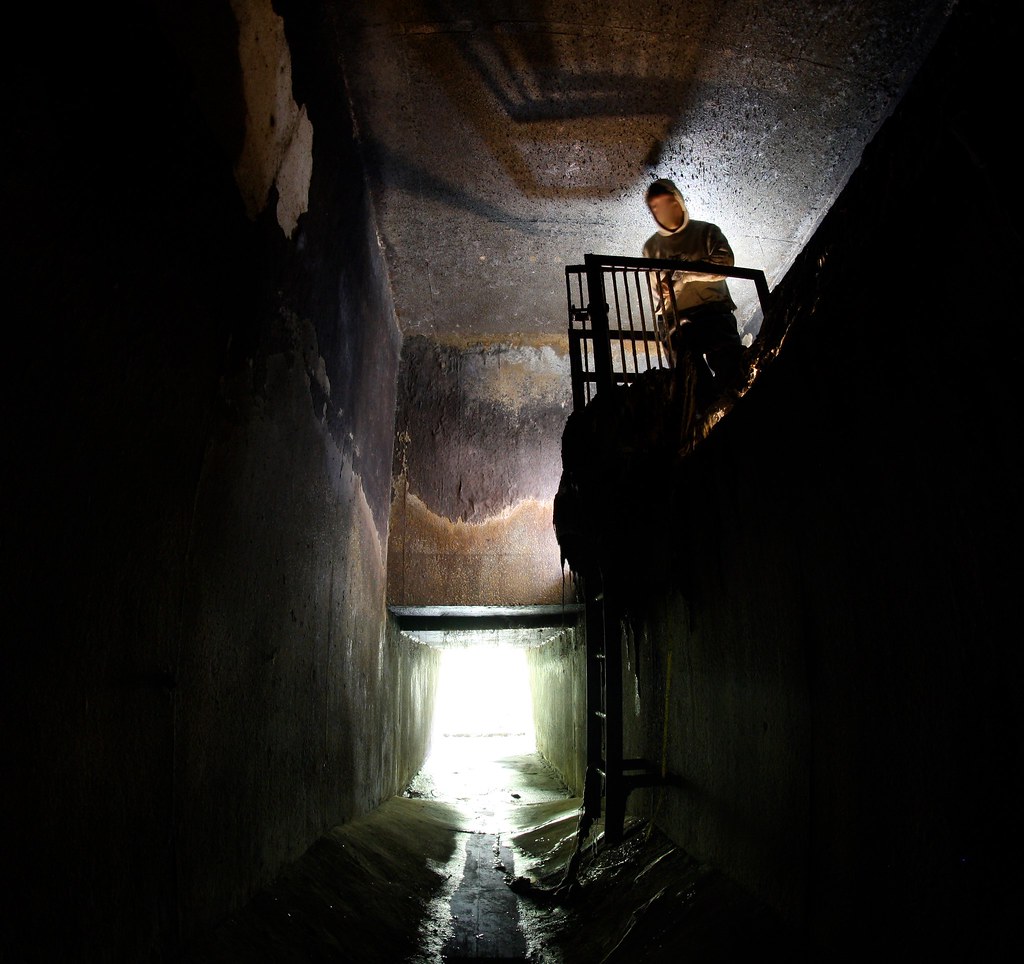 The overflow weir had a grill to strain out solids which meant the area underneath was pretty skanky. 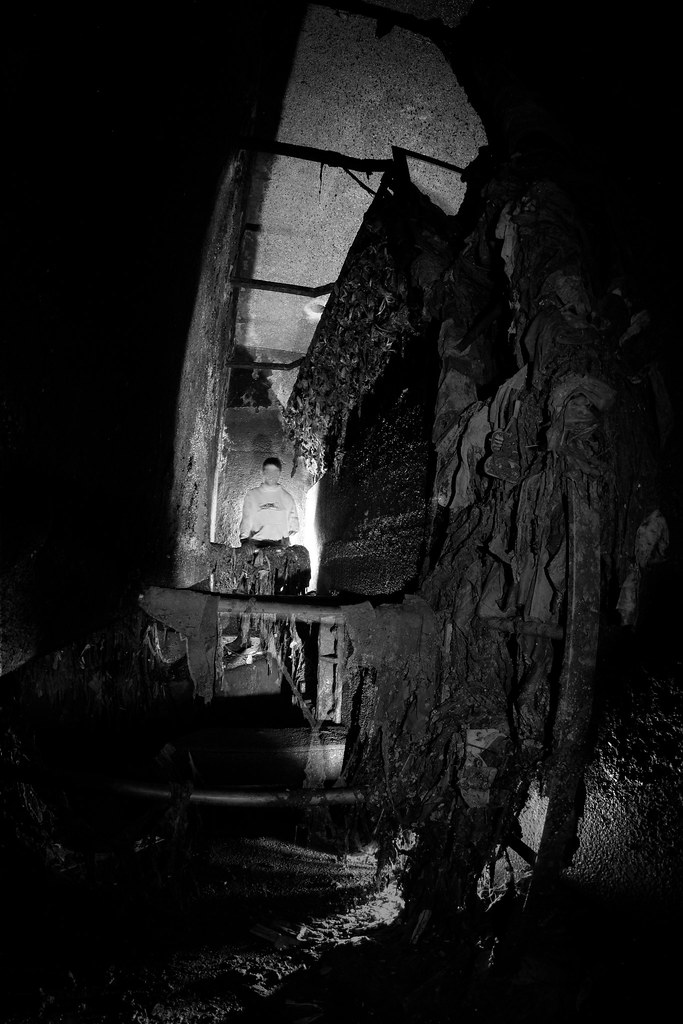 The upstream sewer was a reasonably sized RCP. This drops into a narrower channel down a short slide which makes quite a roar. This exits the chamber through a small pipe, when flow increases the chamber fills up and overflows. 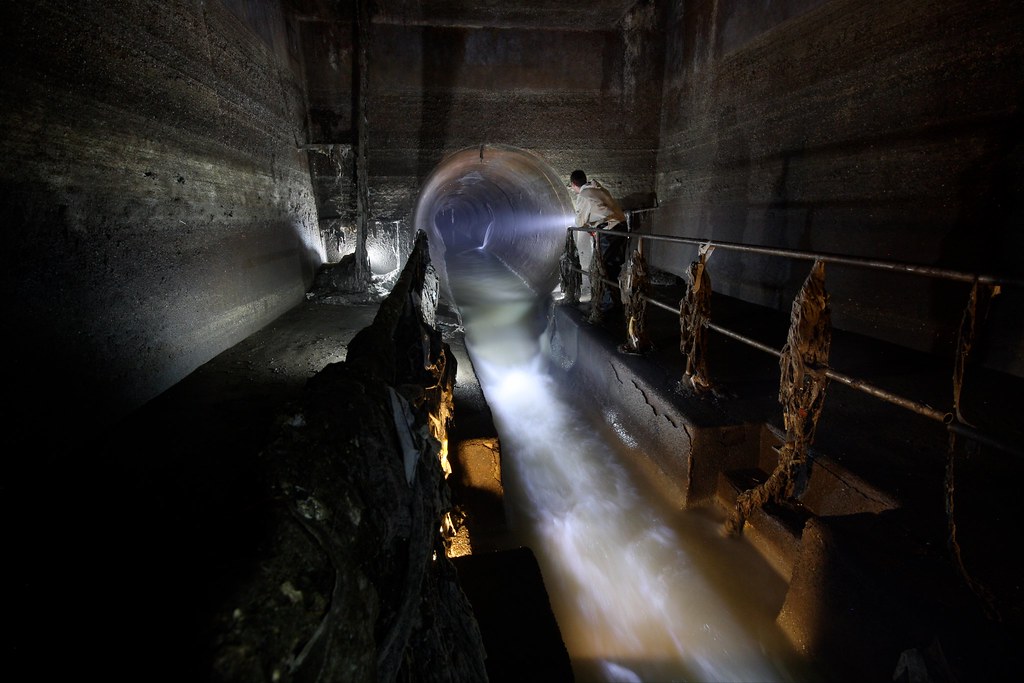 It wasn't the most interesting drain I've seen but still good to find out what was there.