The Cornbrook is first seen by a railway in Openshaw where it emerges from two tiny brick pipes. It then travels around 750m above ground before dropping into a 5½km culvert that travels to the south of Manchester centre. It comes out near the Bridgewater Canal briefly before once again going underground for the final stretch to the Manchester Ship Canal. This is the drain that got me into draining. I found a dark filled entrance, heard the water and smelt the distinctive culvert smell. After heading back a bit more equipped I went in and got my first taste of an underground river.

The section I had stumbled across was the final bit underneath the wasteland near Pomona Docks. Walking downstream the level got deeper as it joined the waters of the MSC. Upstream it turned to a vaulted brick passage and the ceiling got considerably lower as the culvert passed underneath the Bridgewater Canal.

A sump takes the Cornbrook under the Canal, built in the early 1800s it forms part of a series of channels that allows the canal to overflow into the lower Cornbrook.

The main culvert starts as a muddy trench with sloping roof, it rounds a corner and large brick arch goes under the tram and railway viaducts. 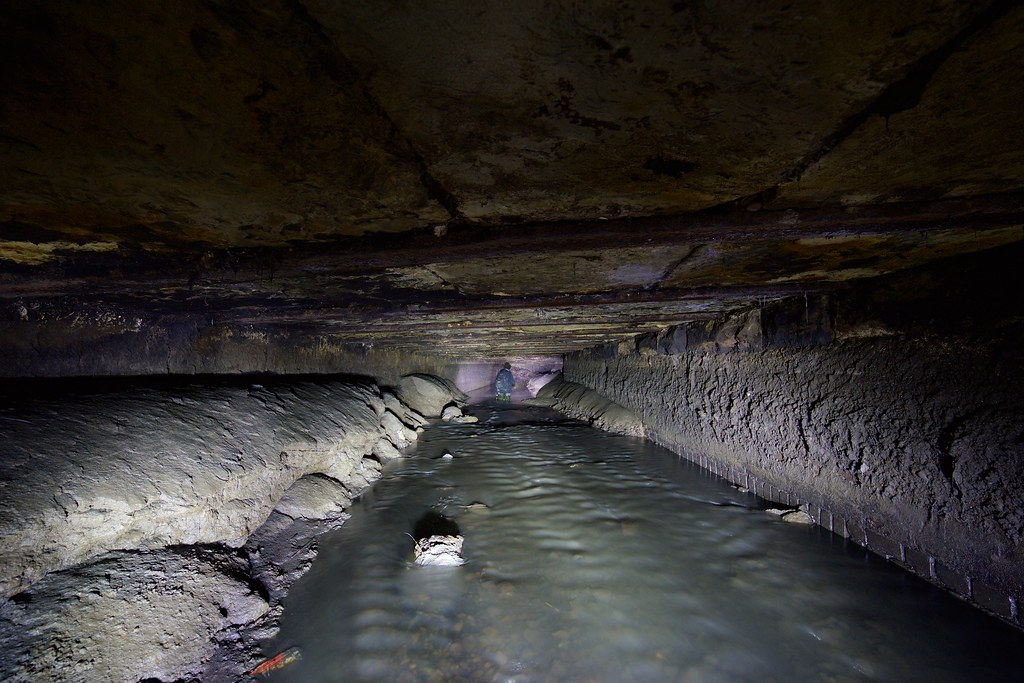 The other side of this arch can be seen next to the Cornbrook tram stop entrance. 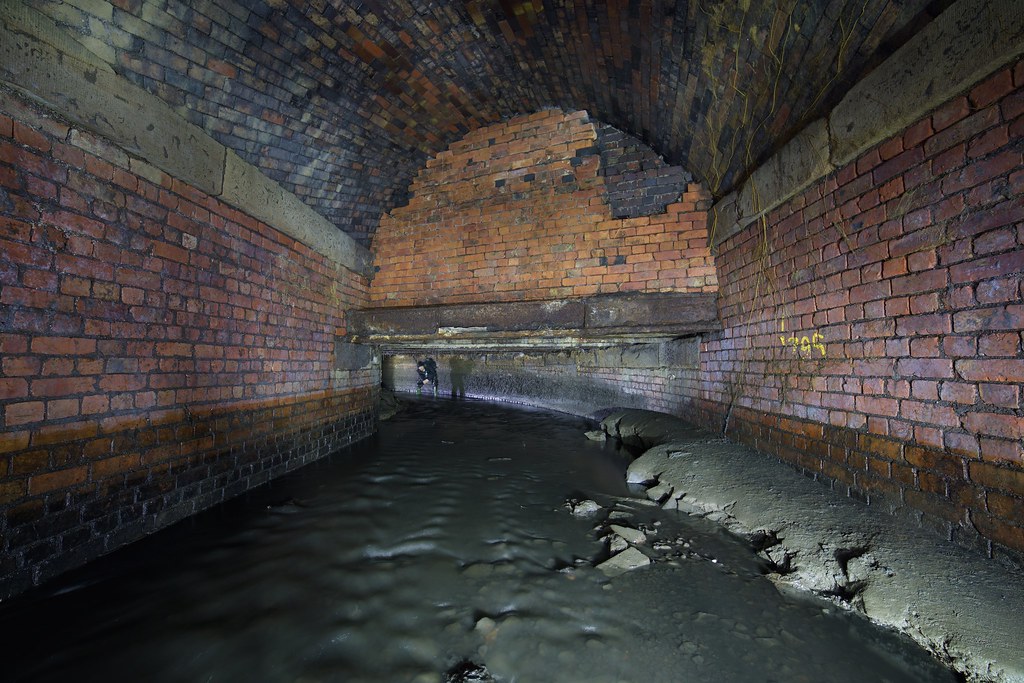 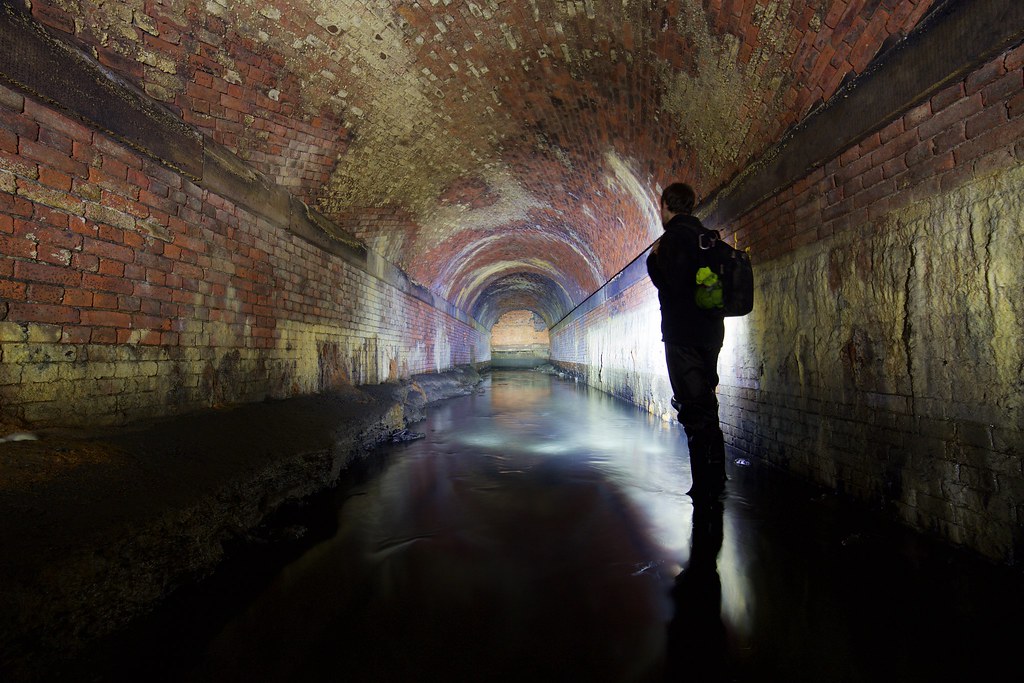 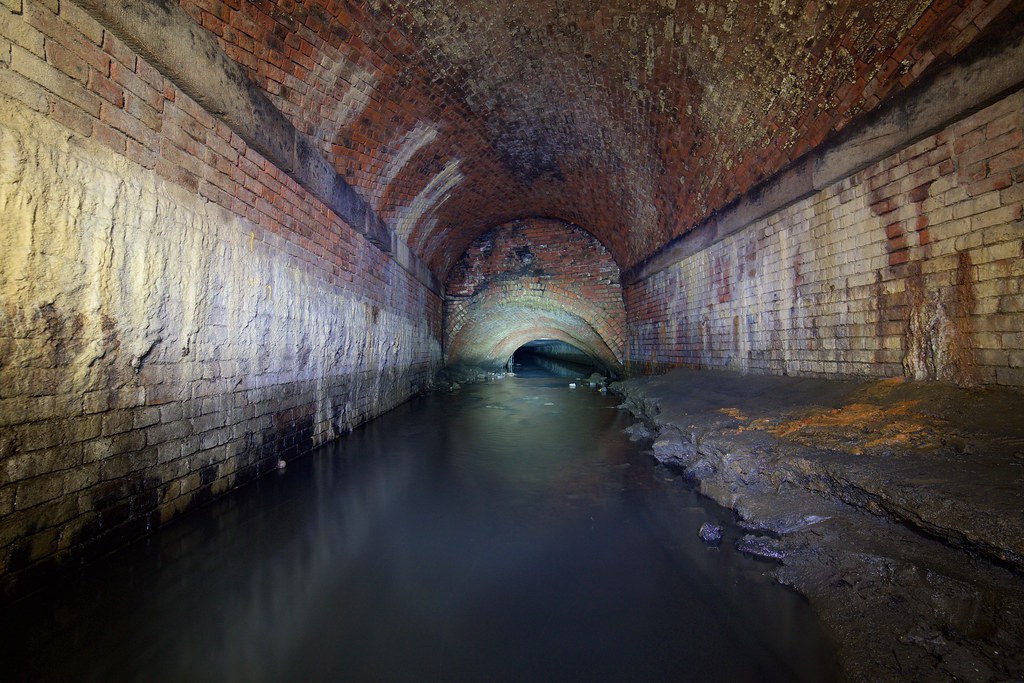 Concrete box comes next and the going got slow; thick mud under the water made every step forward an effort and a cloud of bubbles was released with each one. TunnelMon's gas detector started chirping and mine soon after, It got silly with the number of explosive and low Oxygen warnings. We would have turned back if not for the knowledge that a few meters later the mud thickened further and you could actually walk on rather than through it. 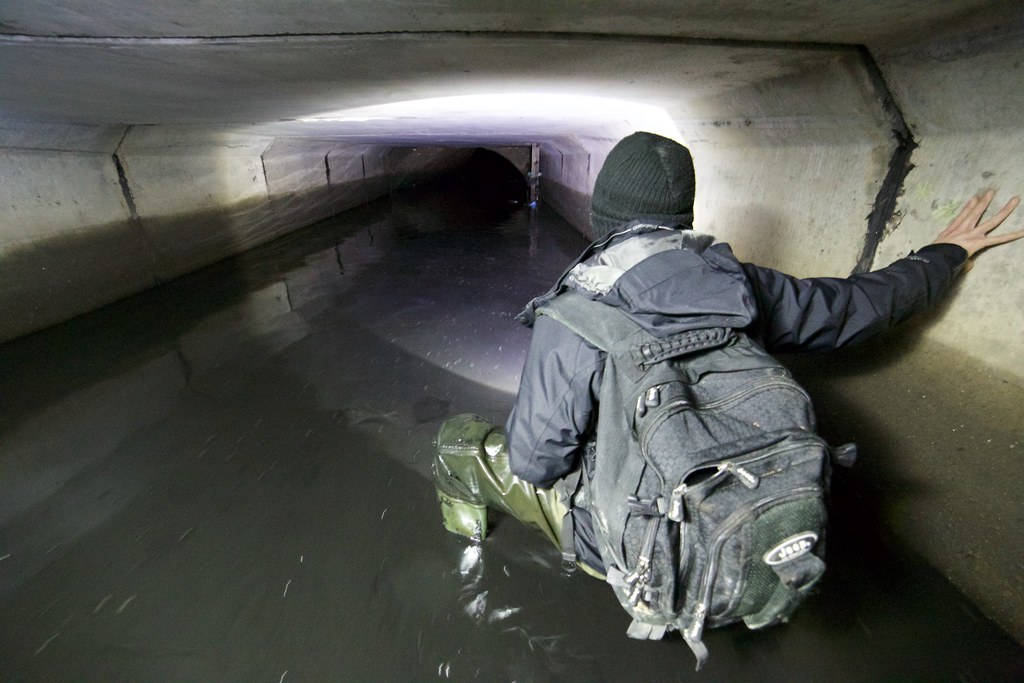 After that we passed through around a kilometer of stone, concrete and brick tunnel. 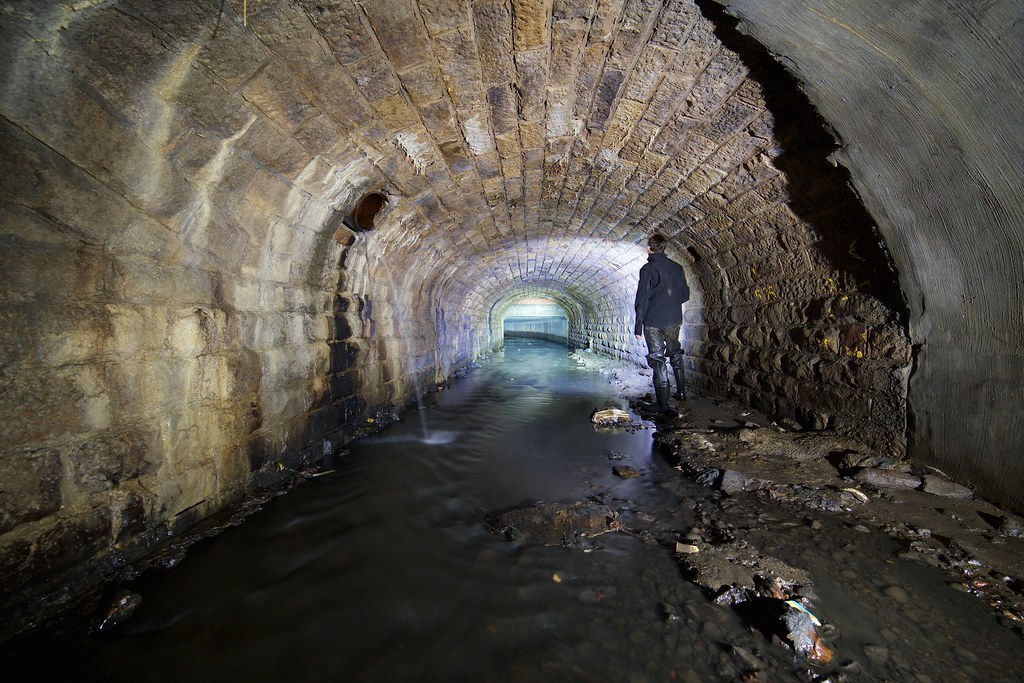 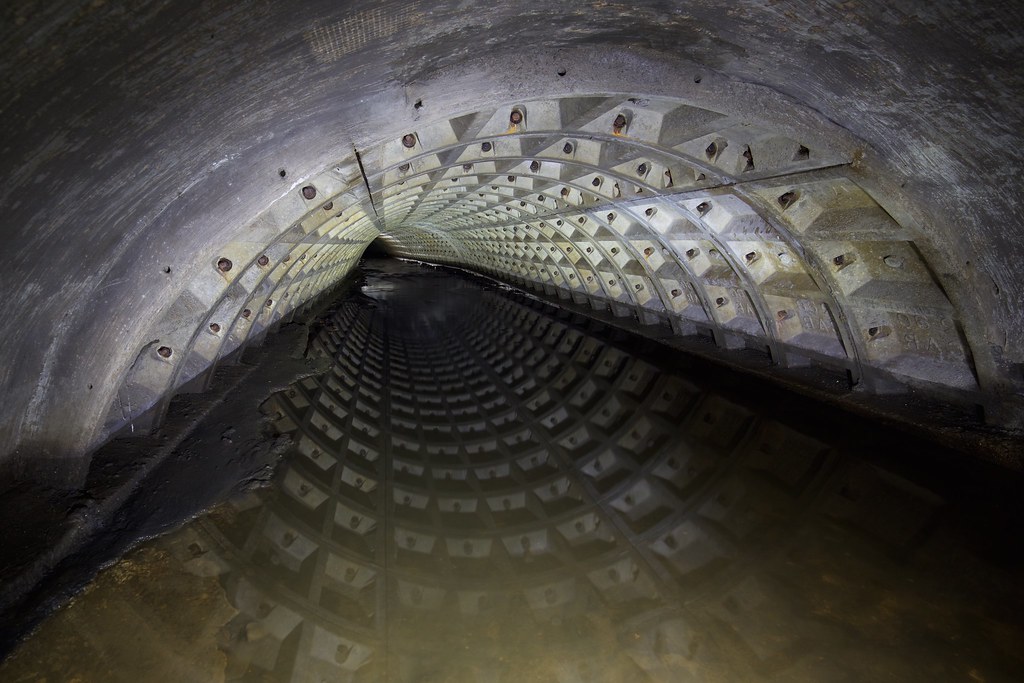 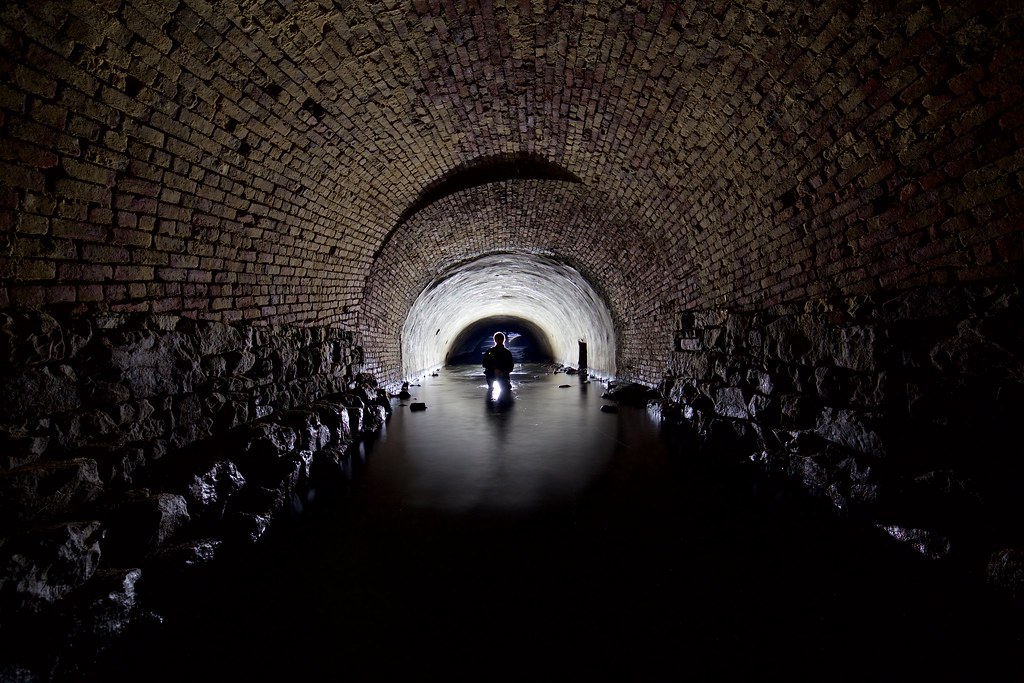 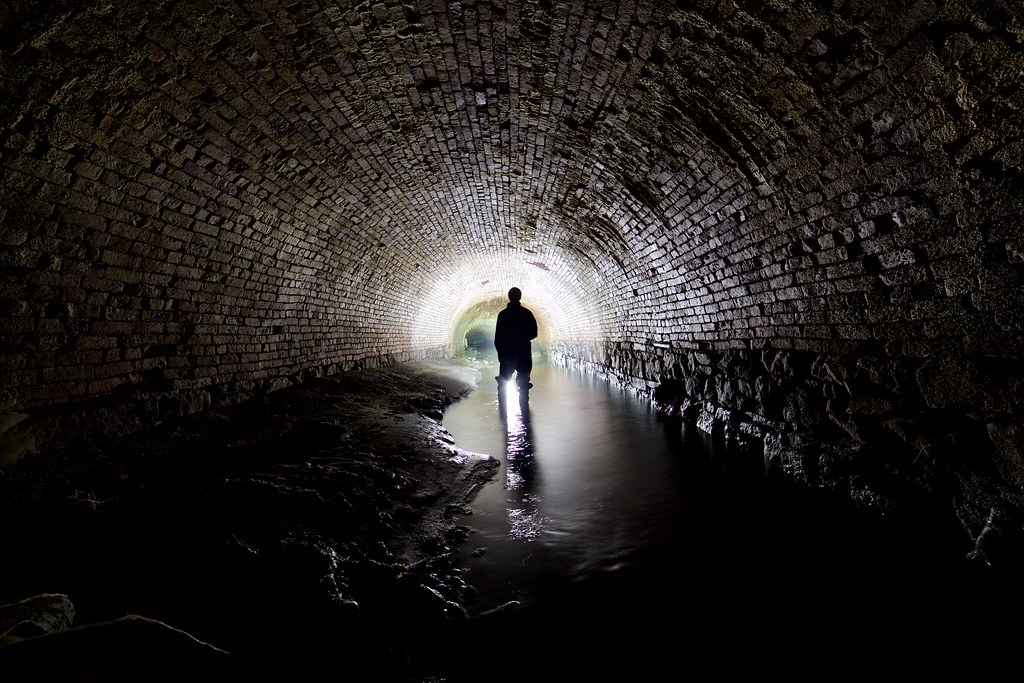 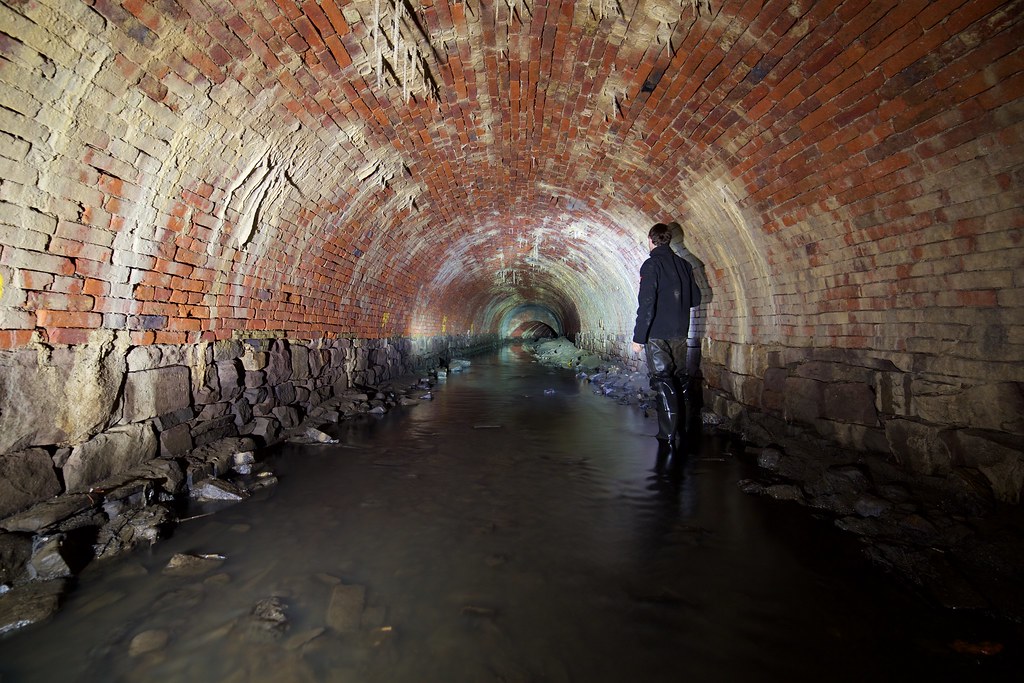 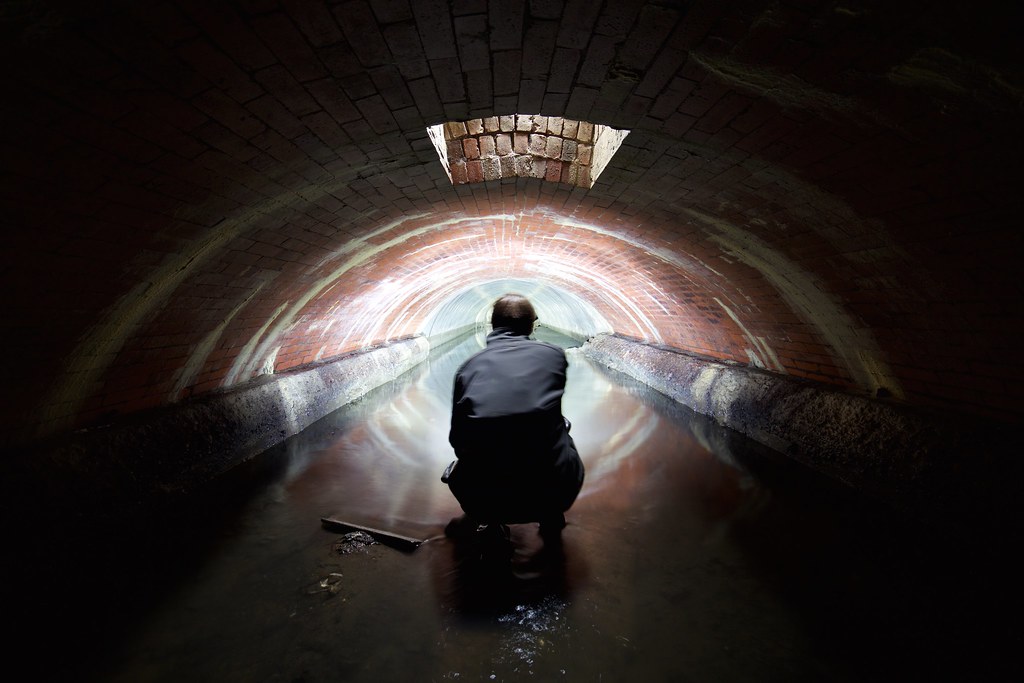 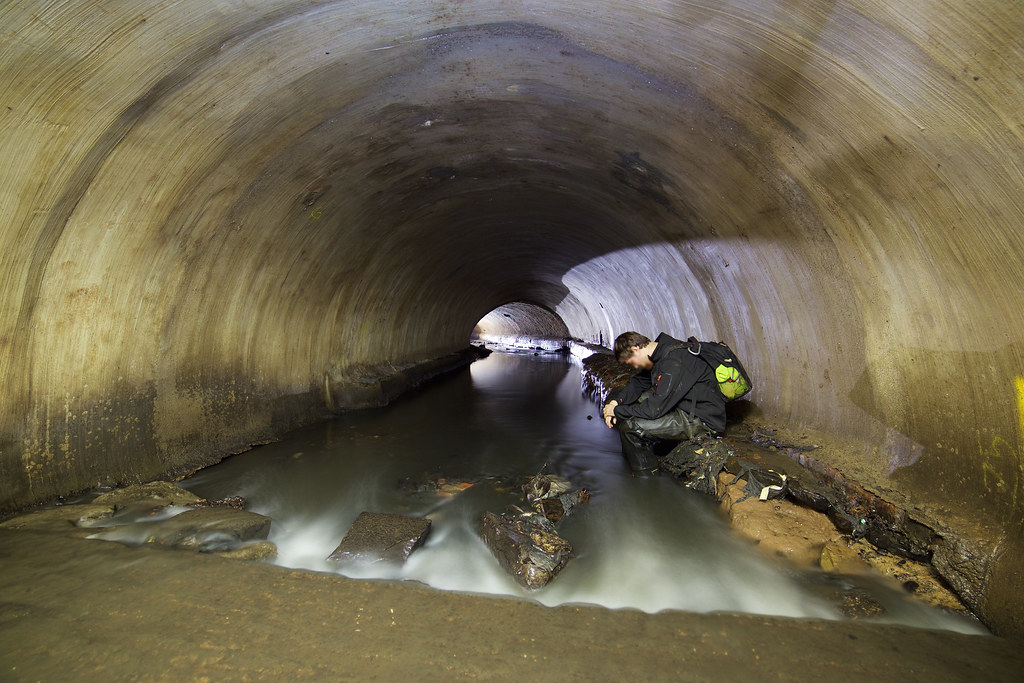 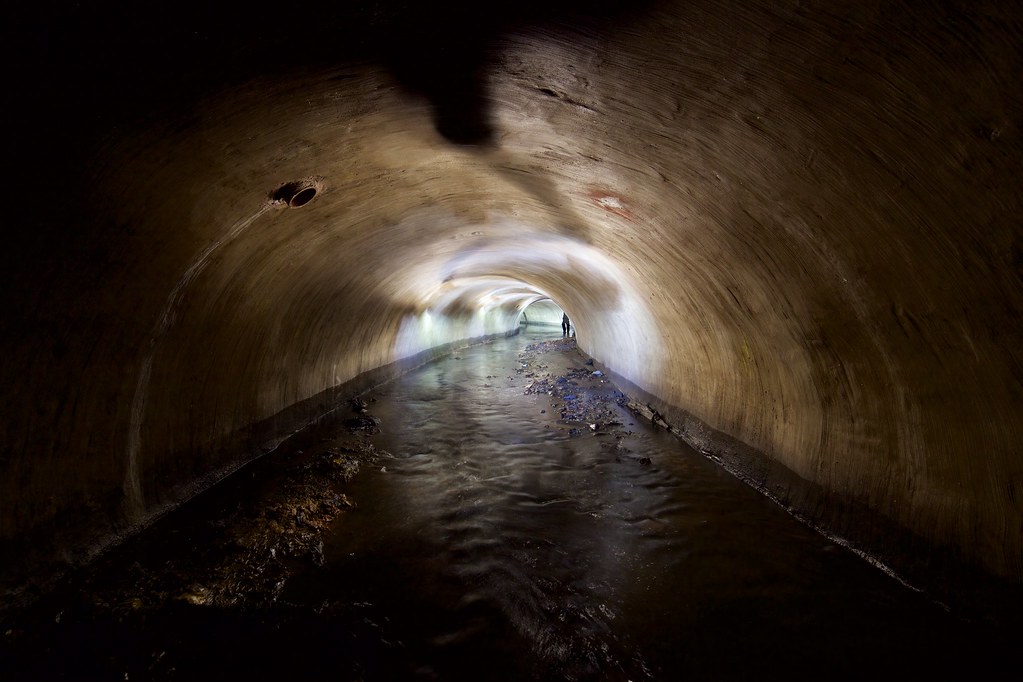 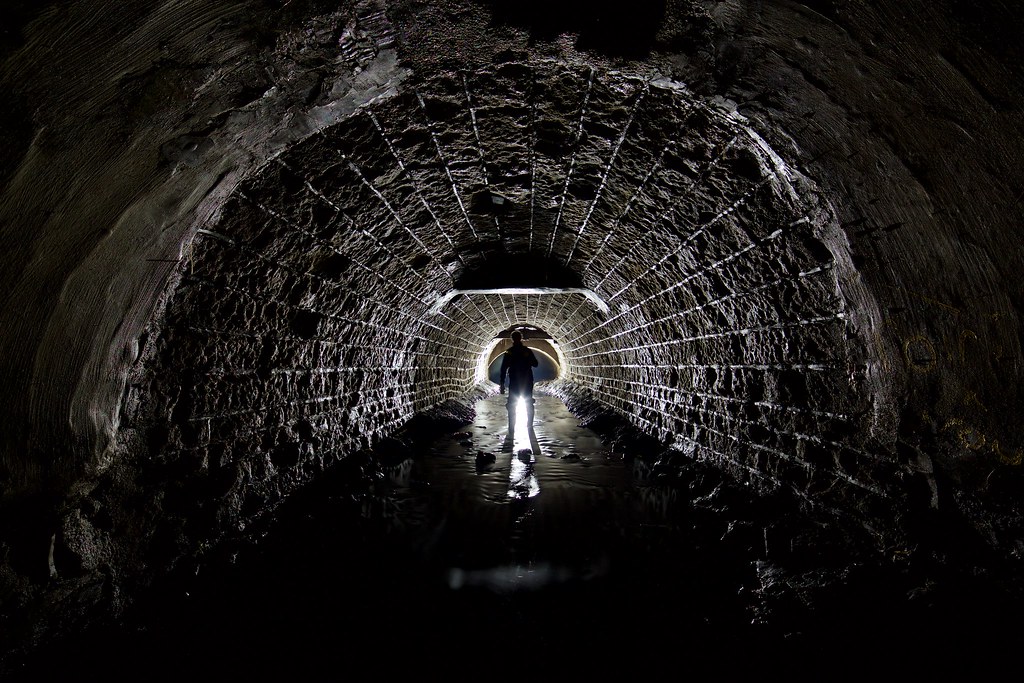 Some of it was pretty big and photogenic, we continued until it became a spraycreted arch which showed no sign of changing then turned back to start getting some photos. If the whole culvert was like this then doing the whole thing wouldn't be too much of an effort. Unfortunately at some point ahead reinforcement work has reduced the culvert to a small stoopy concrete box which goes on for miles.