This culvert is found in Radcliffe near Bury, it's about 260m long and outfalls into the Irwell. The outfall is stone clad and had me hoping of an old stone tunnel. Like another drain I found in this area, once inside it's straight to concrete. The box section did however have what looked like the brook's original stone bed, which made up for the low ceiling. The entire culvert doesn't get any higher than around 5ft. 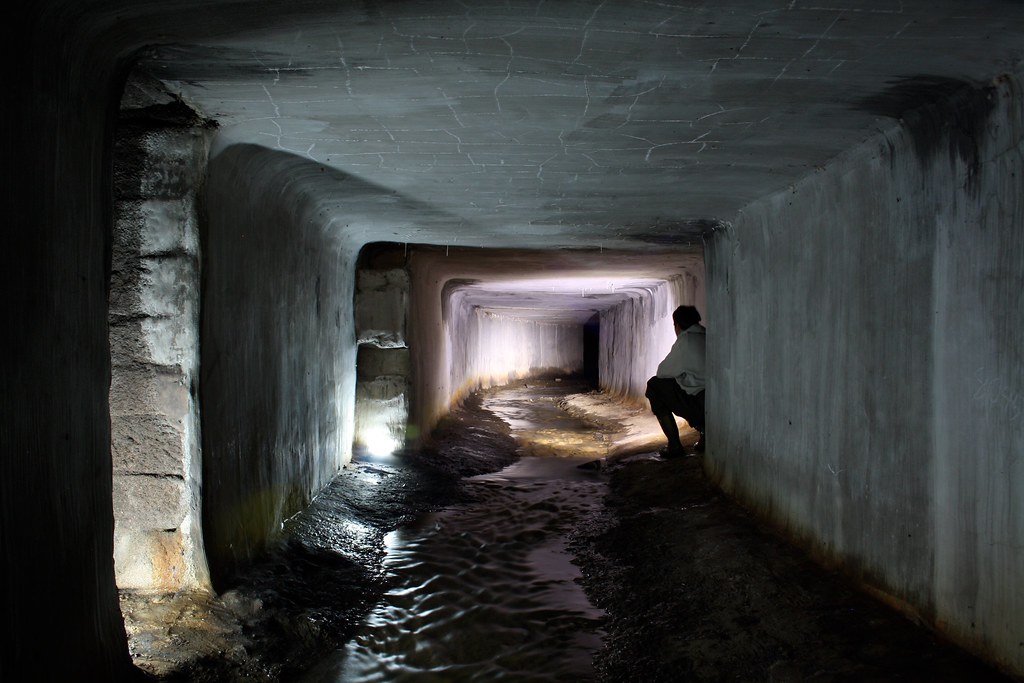 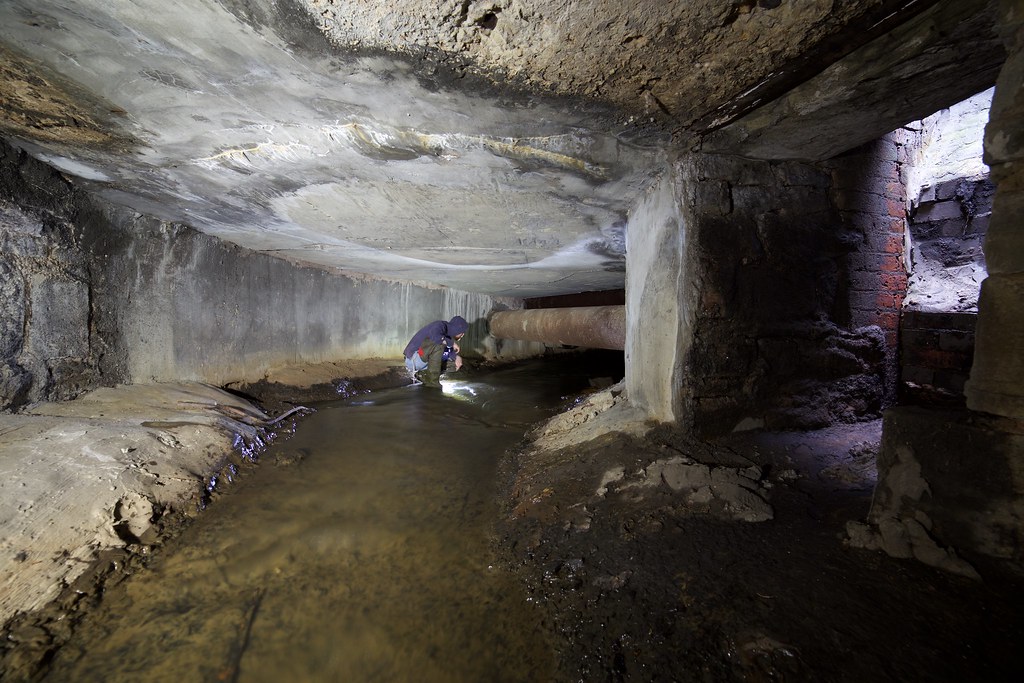 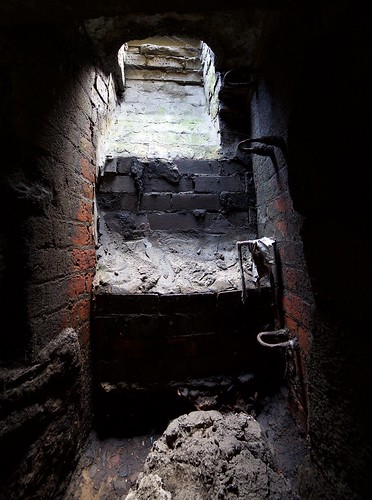 After some pipes intersected the concrete box became stone walled and concrete covered. This looked better but was even more stoopy. 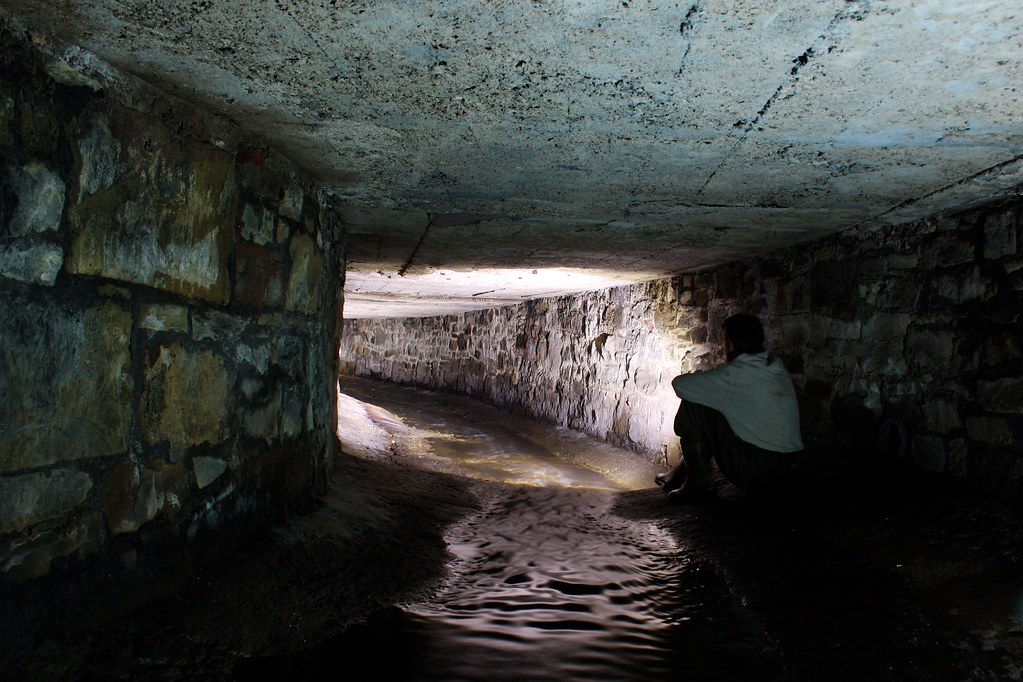 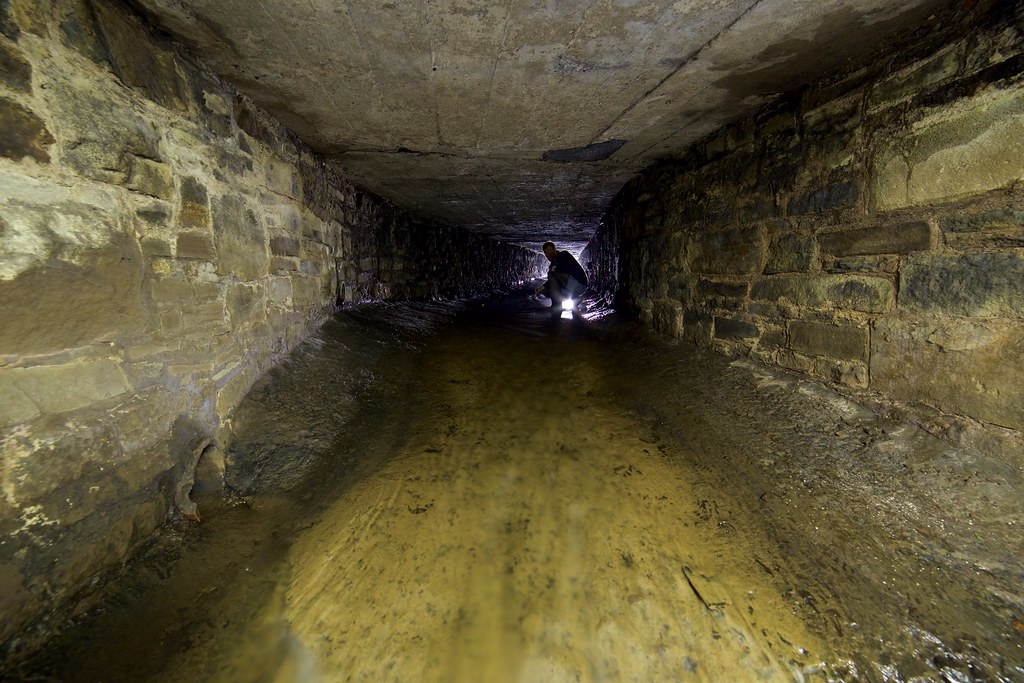 A bit later on a brick side tunnel joined and the culvert shrank to a brick arch. Looking up into the next section light was coming in and I assumed this was the infall so didn't go any further up. 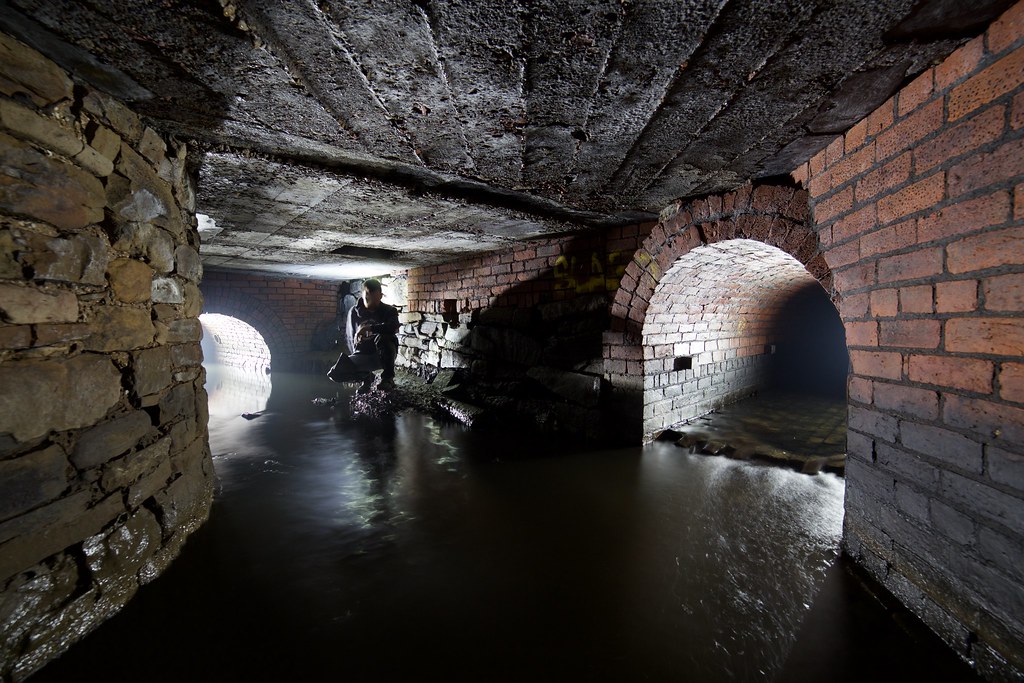 The brick side tunnel continued for around 20m, the air was clear and fresh. The shape changed into a low concrete arch for another 10m before the grill of another infall could be seen. At this point I called it a day and headed back whilst trying to ignore how much the water sounded like voices. However many times I hear it I still can't get used to that particular draining quirk. 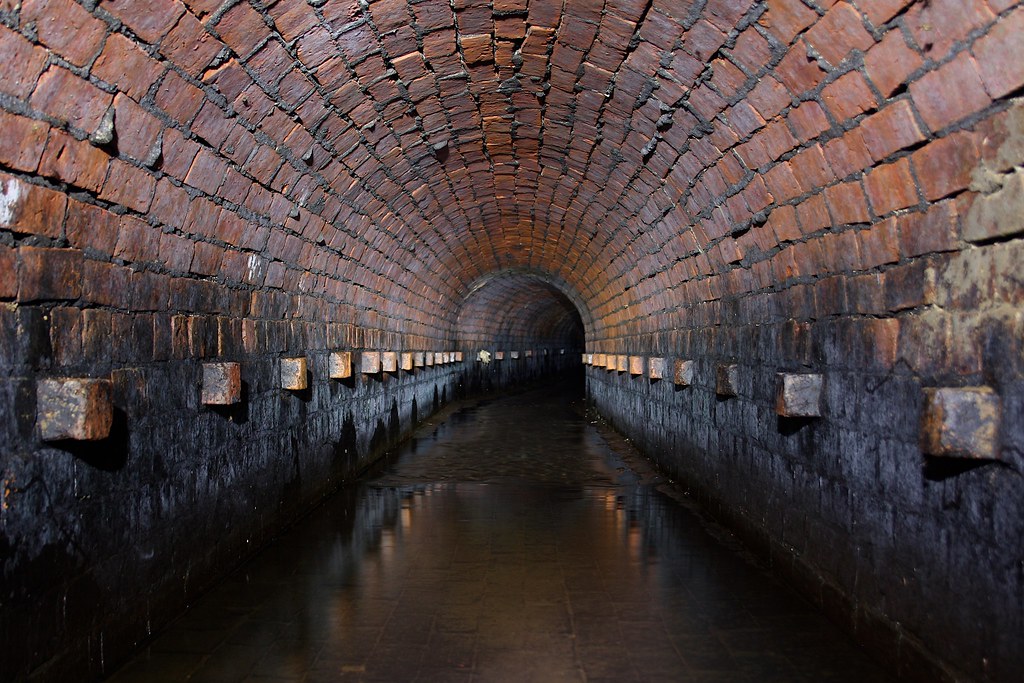