A plastic grill on the bank of the River Blakewater covered a concrete box culvert that was kicking out a right pong. I was tired from an evening of stooping through Blackburn but TunnelMon was eager so in we went. 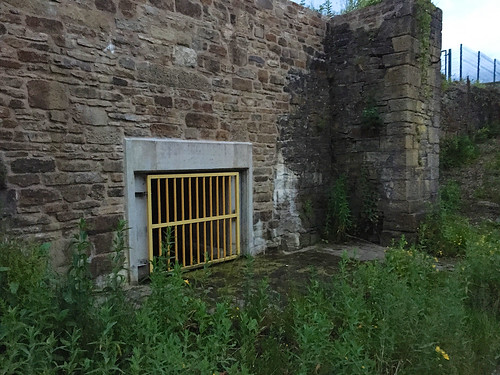 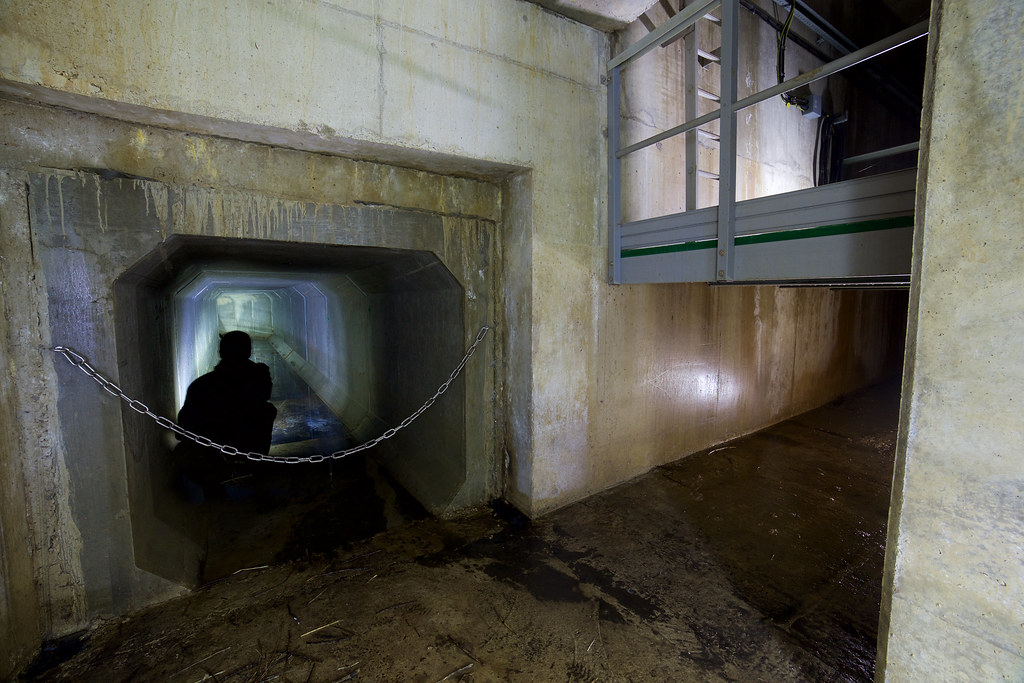 Within was a large chamber containing partnered powered screens with the sewer flowing several meters below. The construction follows United Utilities usual approach as of late to use plastic rather than metal wherever possible; it doesn't rust and is less appealing to metal thieves. 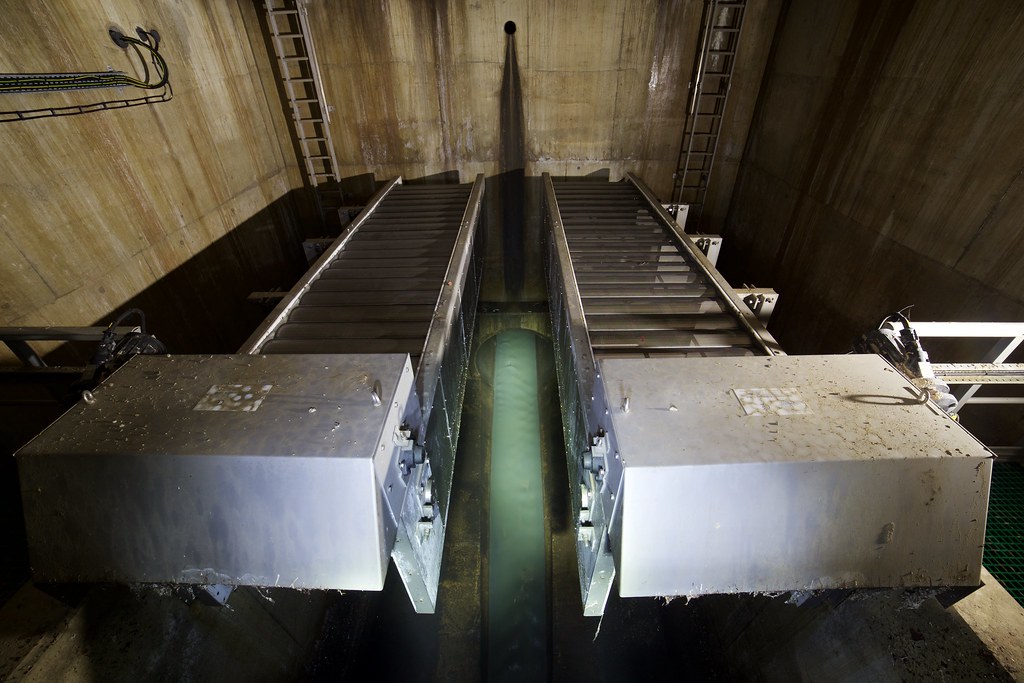 The area had several CSOs which were identified as having UIDs to the River. UU built the chamber as part of AMP 5, it's construction allowed 2 other CSOs in the area to be abandoned and stop 3 others from spilling so much. It's designed to screen out solids to 6mm and should cope with storm flows upto a 1 in 5 year event. 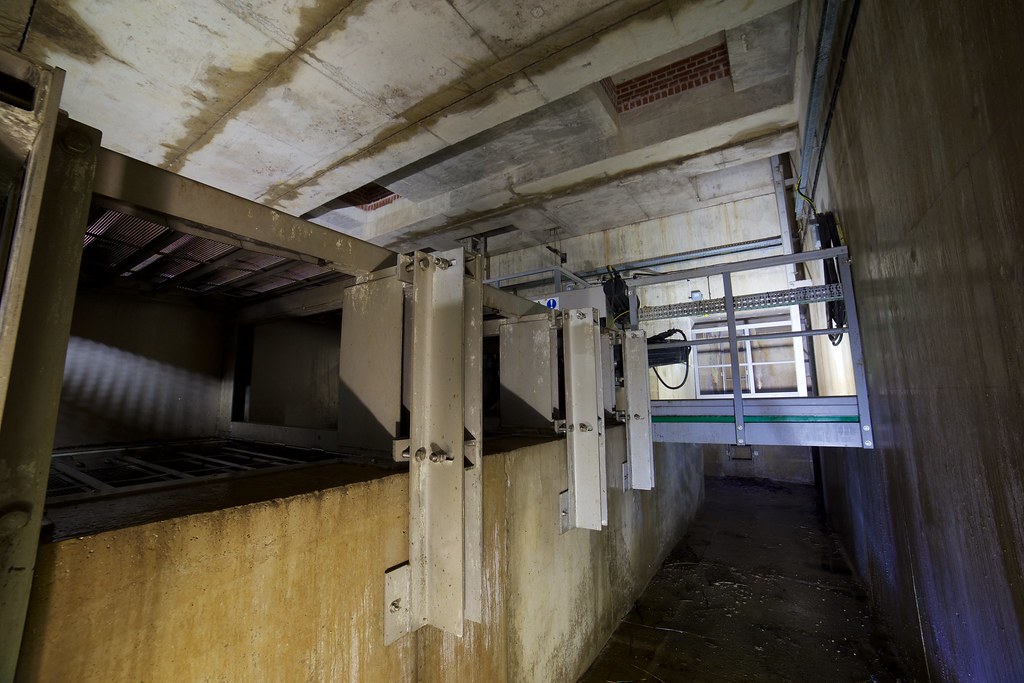 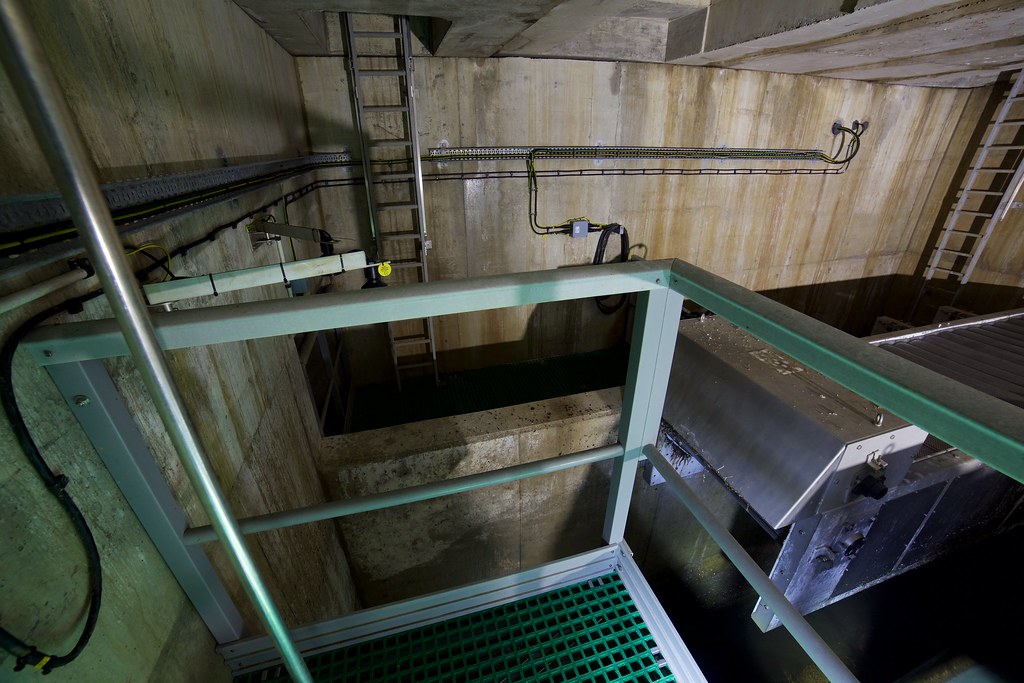