After a long days draining in Dreadnought, Eotech showed me one of his discoveries across town. Motherload's Upper Limits is a cluster of CSOs that drop into the mighty Motherload (NSWI) deep in the bowels of Bristol.

Directly under the surface we dropped into a deep concrete shaft. A CSO connected at the top which sent any overflow into iron drop pipes to descend the shaft into an energy dissipating structure below. This consisted of a couple of tanks which when full overflowed down a slope into a receiving tunnel.

As we walked further down the tunnel other CSOs connected in a similar fashion. After a few minutes walking, the pipe stopped up ahead with a penstock (*). Rungs went upto a walkway through more tanks, past which the other side of the penstocks could be seen. An elaborate setup of more iron pipes bordered the walkway which lead to an interesting discussion about how they all actually worked. 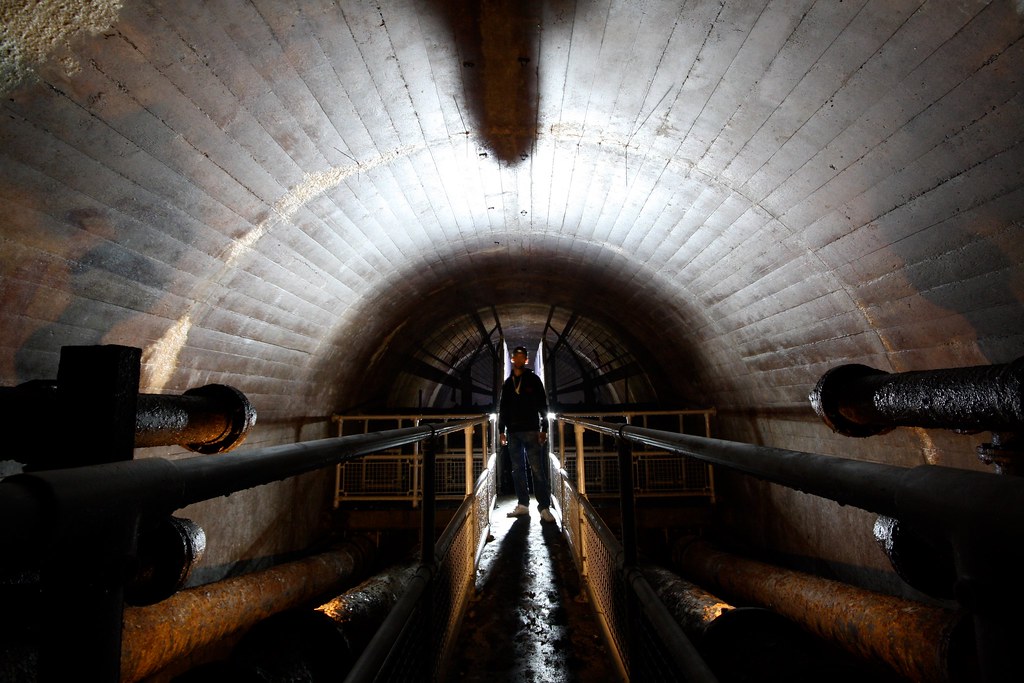 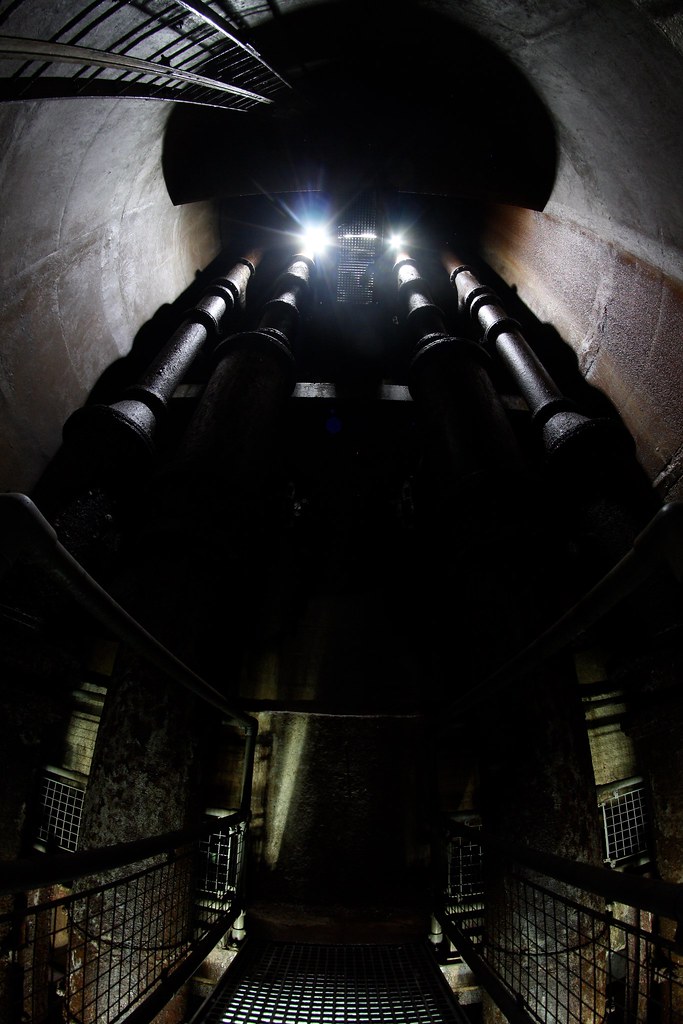 A long climb down another dropshaft brought us to the final chamber. The Motherload side tunnel sat at the bottom of the shaft and as the tide was in, sadly full of water (*).

The drop pipes from the CSOs emptied into two more large tanks off the side of the shaft. Both were full with no visible method of draining although one had surprisingly clear water. When full, steps lead the flow down to a series of holes into another pipe to the Motherload tunnel(*). 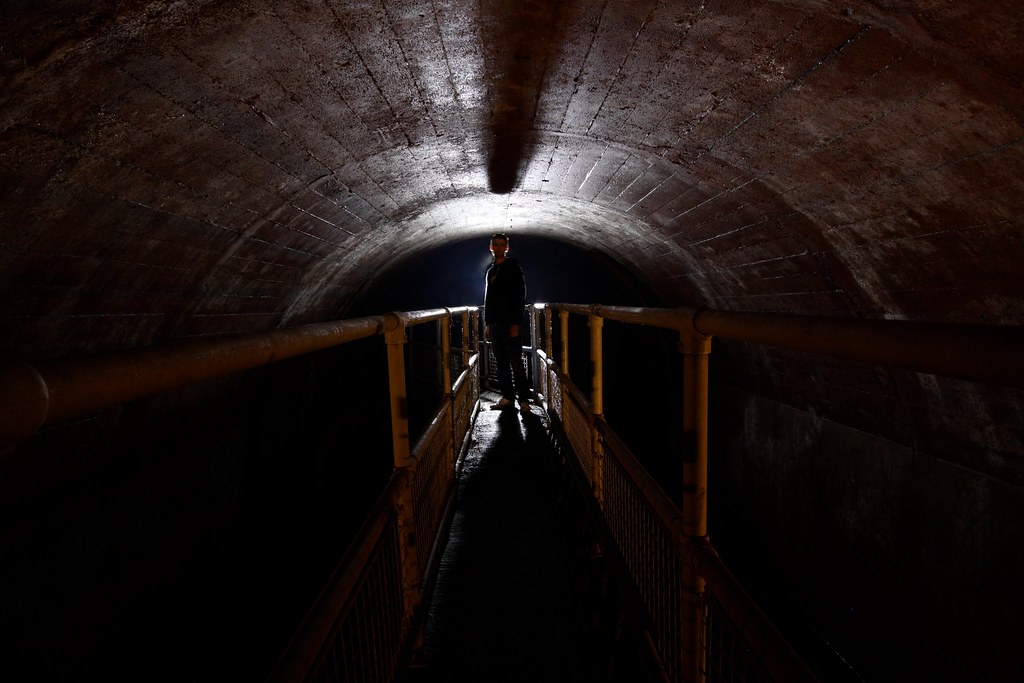 Big shouts to Eotech for his mammoth efforts deconstructing the Bristol system and a really chilled out explore.