The River Blakewater flows underneath part of Blackburn in a long culvert, it was likely built in Victorian times when the original stone cutting was covered over. The section near the outfall retains some of it's original character with iron columns supporting the roof above. Work was in the 1960s, presumably the installation of a new concrete roof. 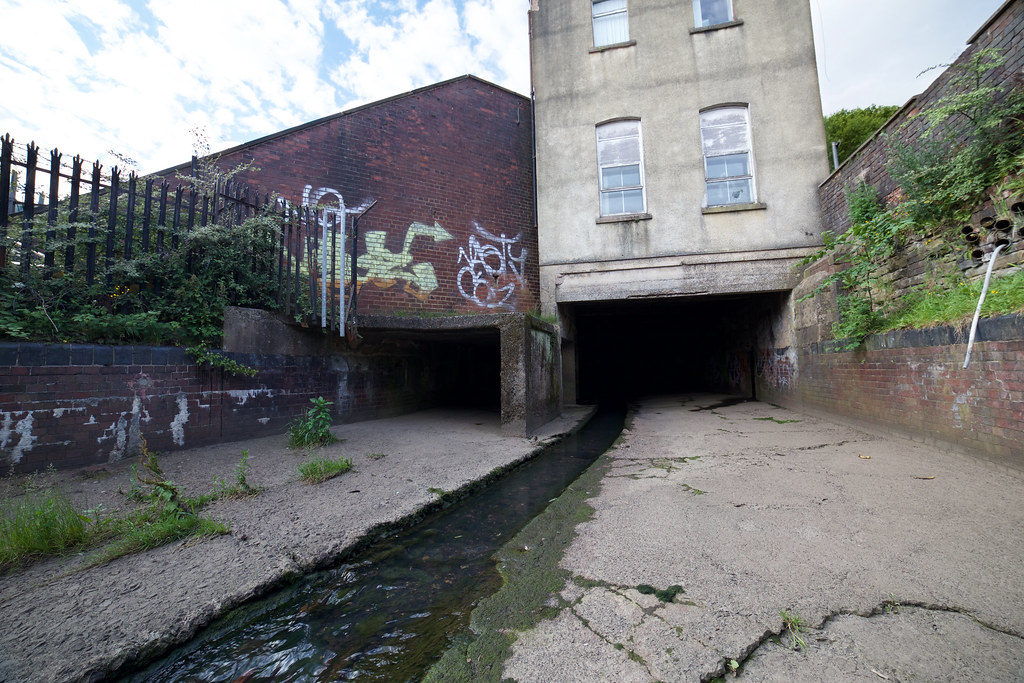 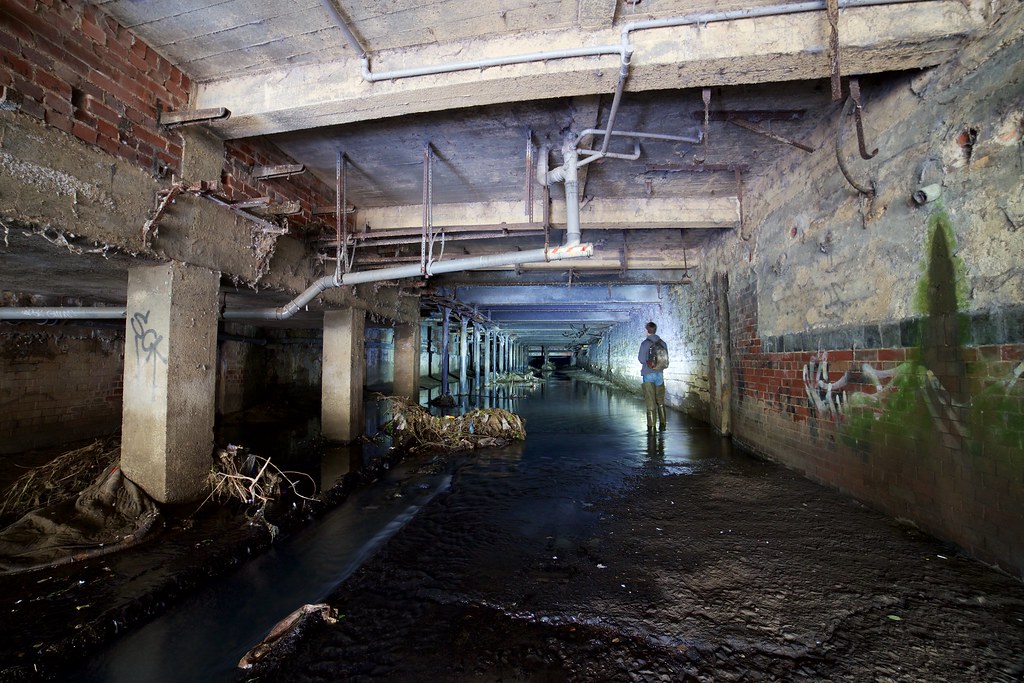 More work was to reinforce the culvert in 2014 for the Cathedral Quarter development, this saw a large part of the culvert reconstructed in concrete. 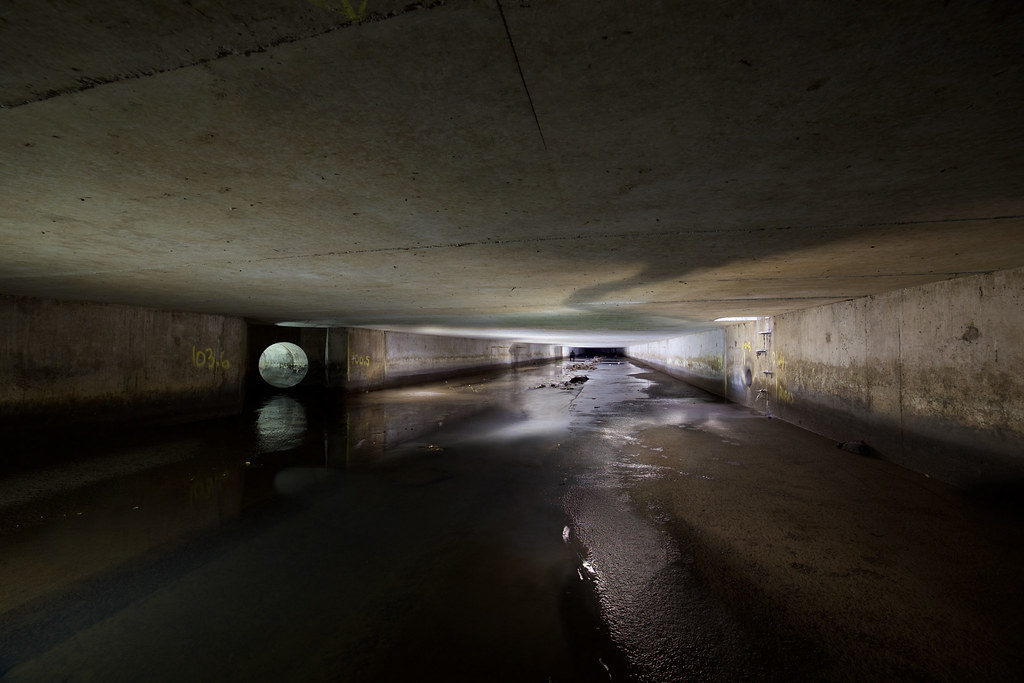 Once the concrete starts in earnest the points of interest are few and far between, TunnelMon and I travelled up a stoopy little side pipe only to find it bricked up.

Further down a whiff of sewer sent us down another side pipe which lead to a CSO chamber. This was pretty standard apart from it had grills that could be dropped down onto the overflow channel to make it easy to walk down which I haven't seen before. 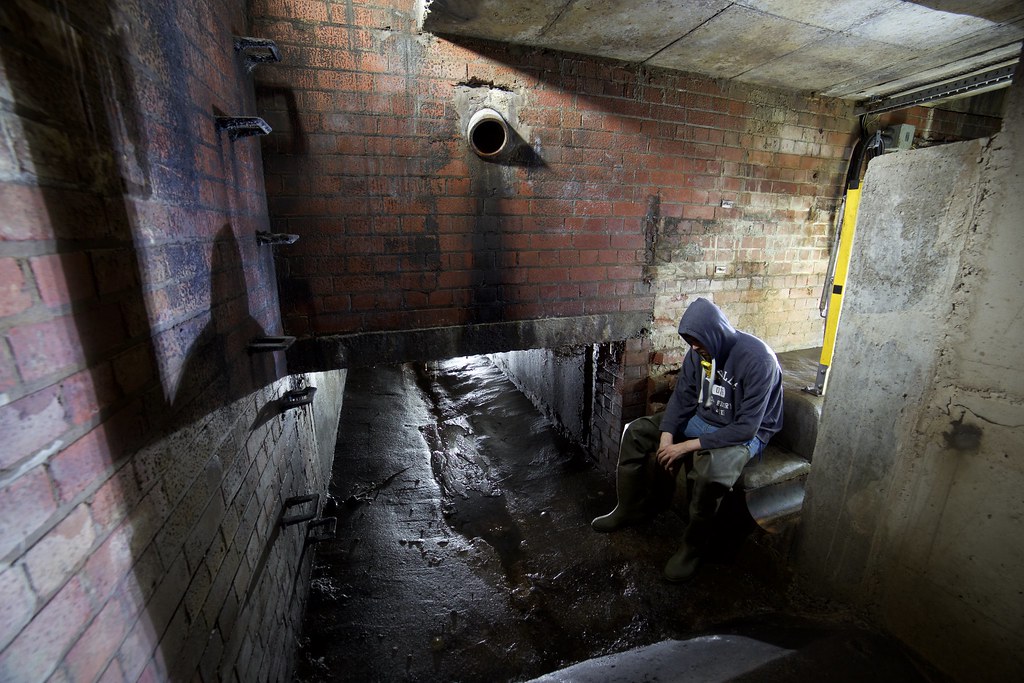 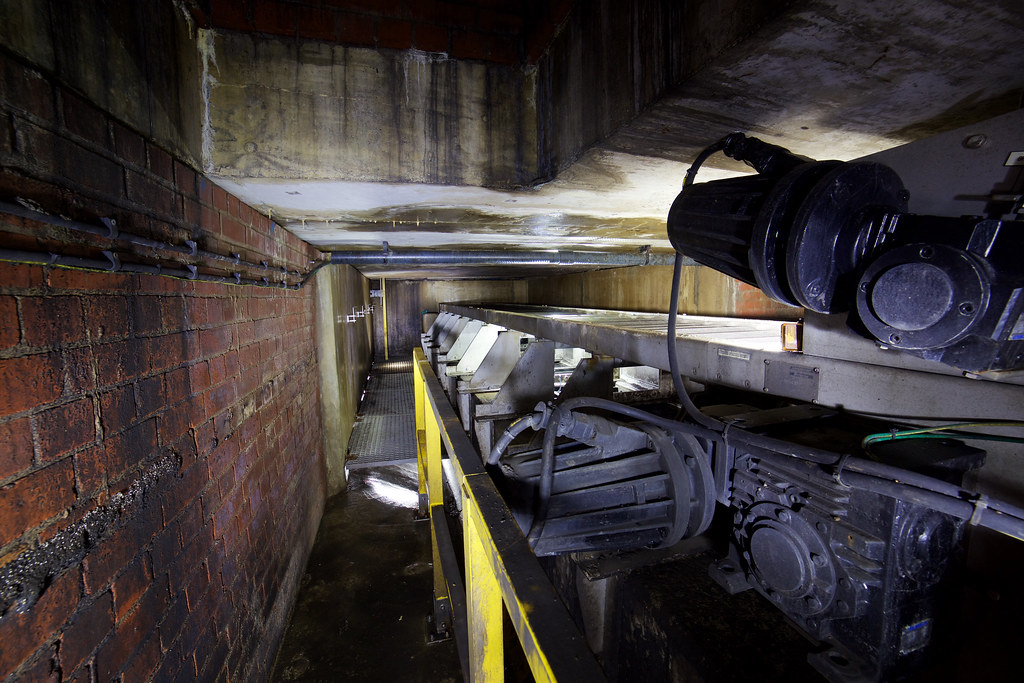 After a hunched walk down the 5ft main culvert getting covered in spiders scraped from the roof we were able to stand up as the height increased. At this point a hole in the wall gave a view into an empty concrete box running adjacent to the main culvert. 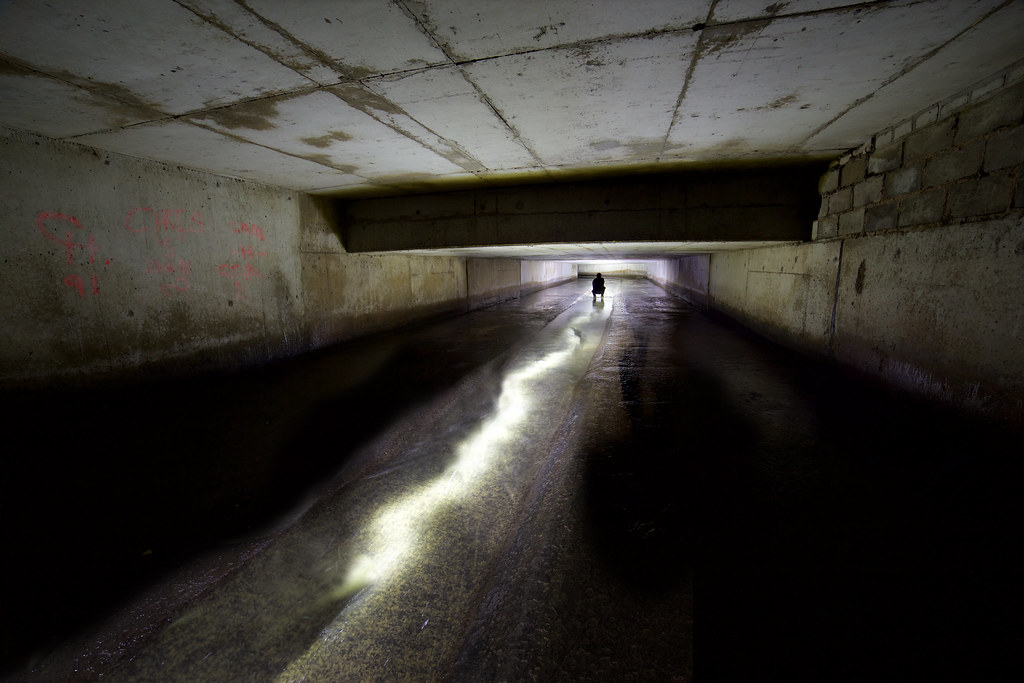 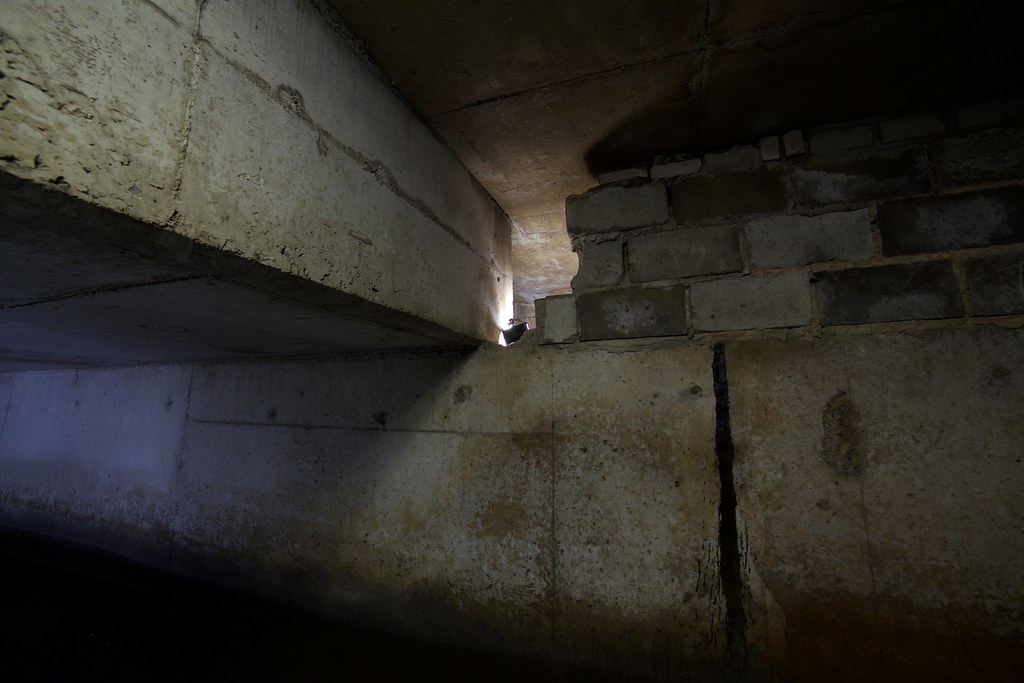 Leaving the culvert and walking through an open cutting for a while we came to a much taller stone tunnel and an end to our walk down the Blakewater. 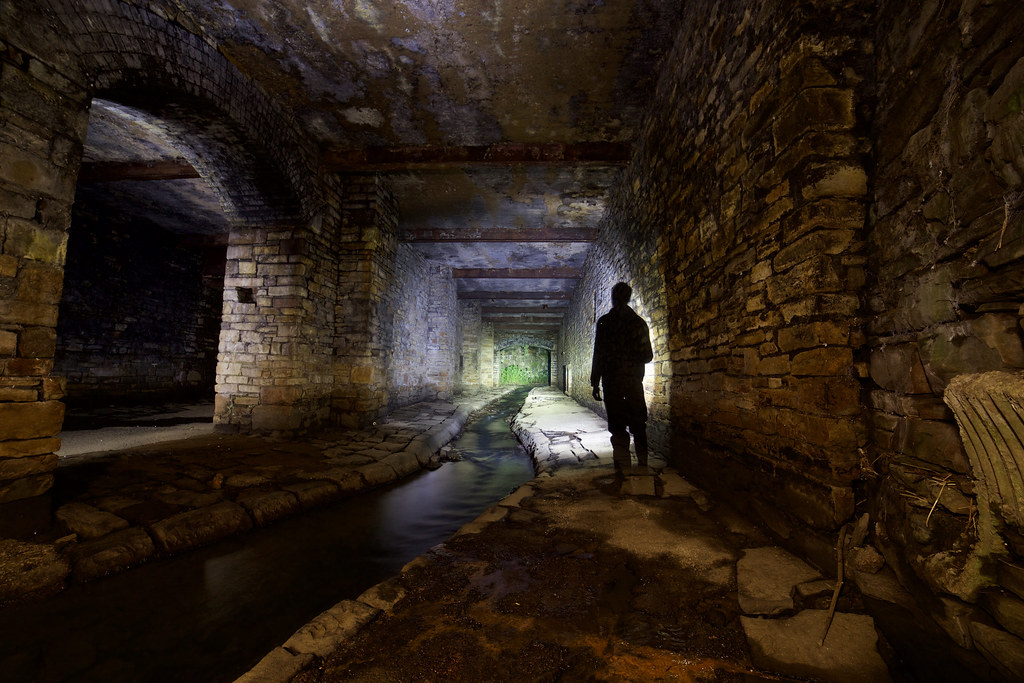