Bower's brook flows underground in a southernly direction through Widnes for around 1.8km and eventually joins the Mersey. It's path can be traced above ground by large wooden hatches.

The watercourse enters the culvert in an area known as 'The Bongs' through a grilled infall. 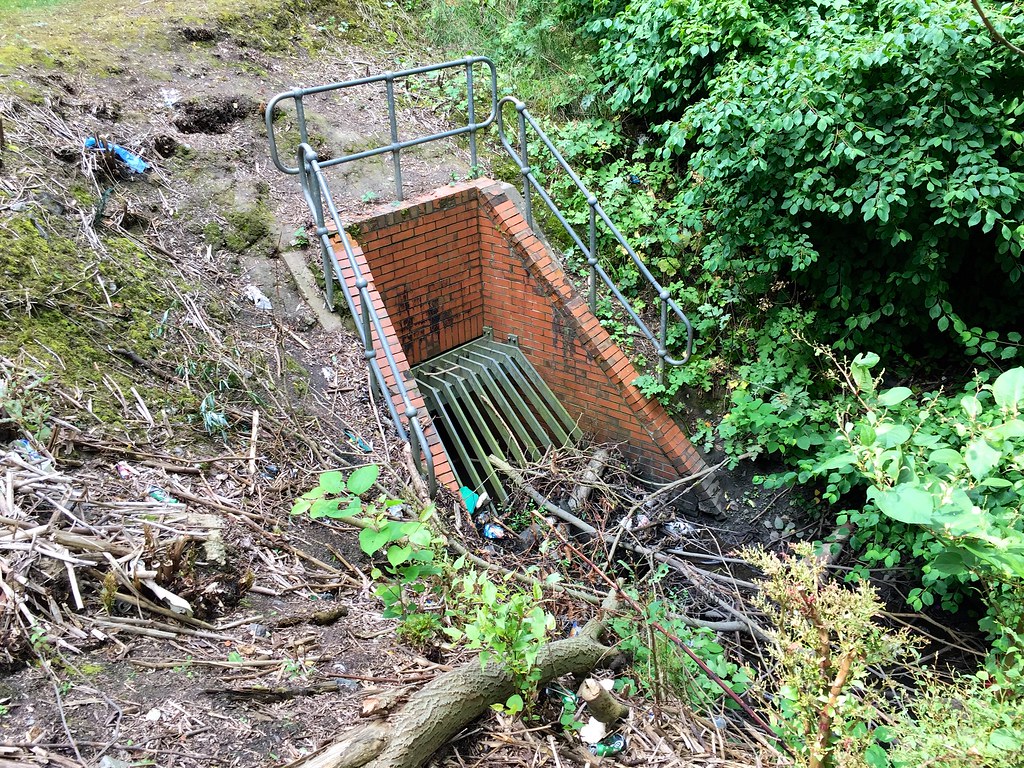 The first half of the culvert was partially rebuilt in the 1970s and also when the Eastern bypass was constructed. It appeared to be built from concrete box and fibreglass pipe though that section remains unexplored.

TheLoki and I dropped in around halfway at a junction chamber. Here the branch on the left joins the main culvert, it had little flow and a thick layer of mud that released too much gas to walk through safely. Upstream was the new fibreglass and downstream the older brick pipe. 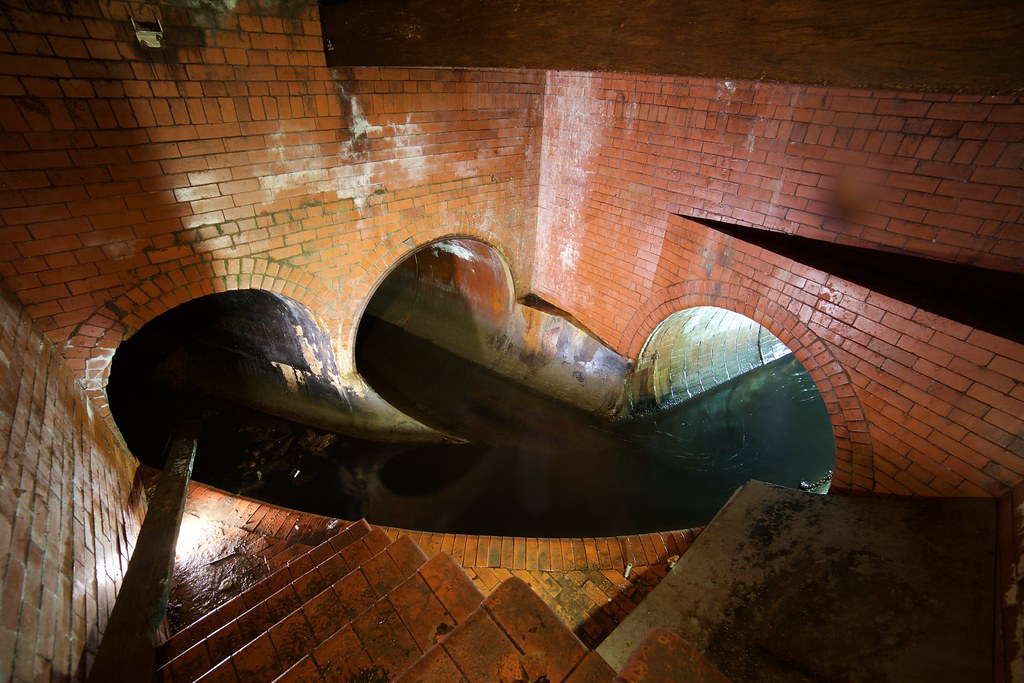 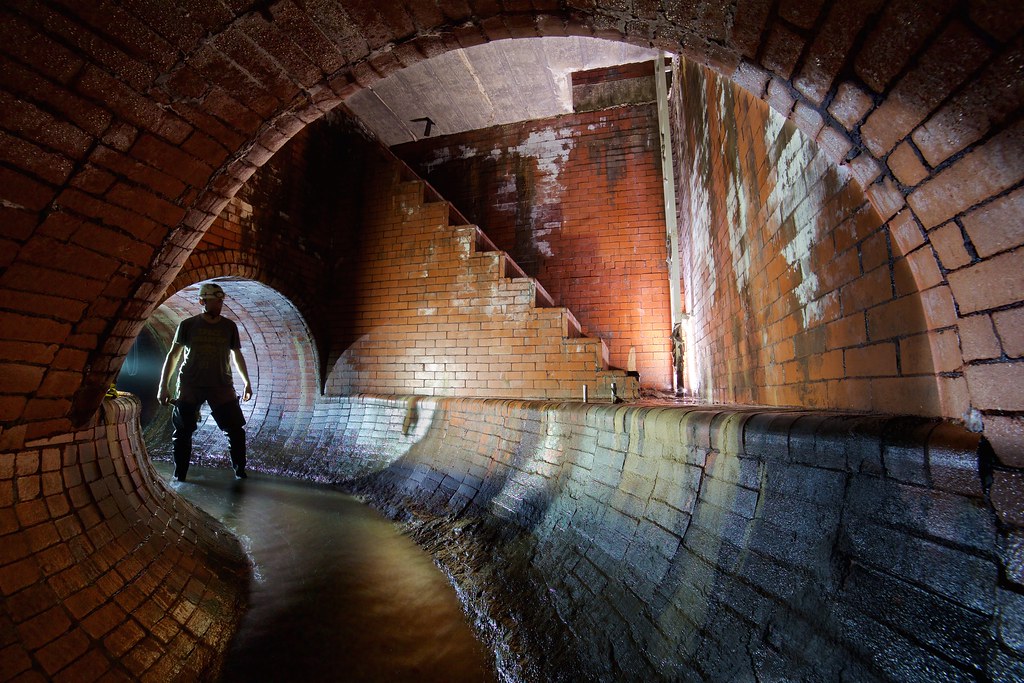 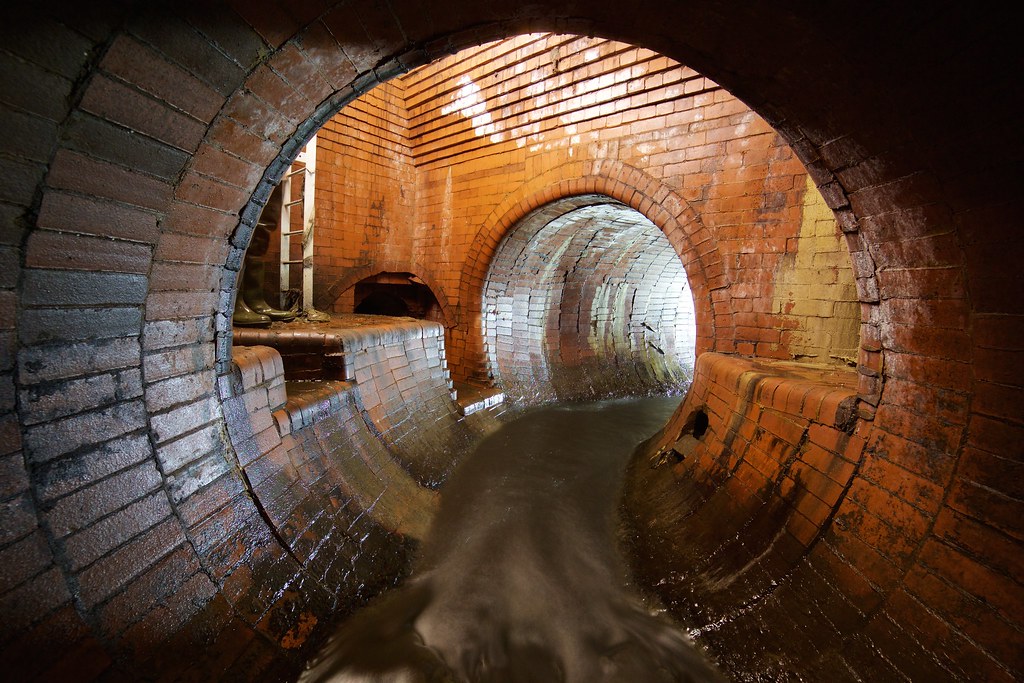 The ~6ft tunnel itself stands out as was constructed from rings of brick, in an offset stack rather than the usual running pattern. 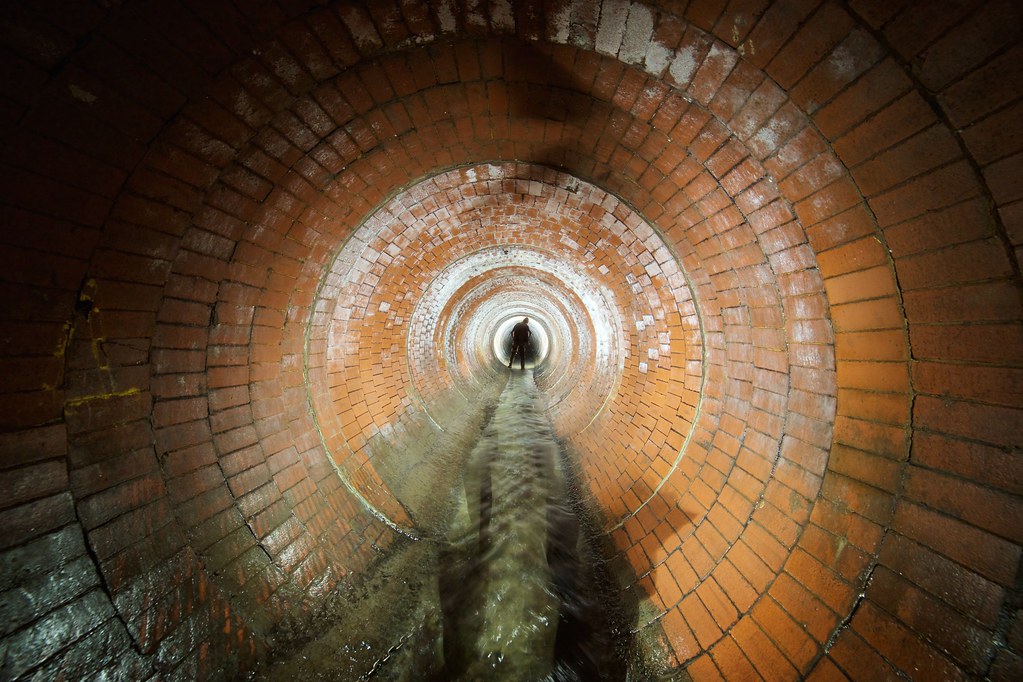 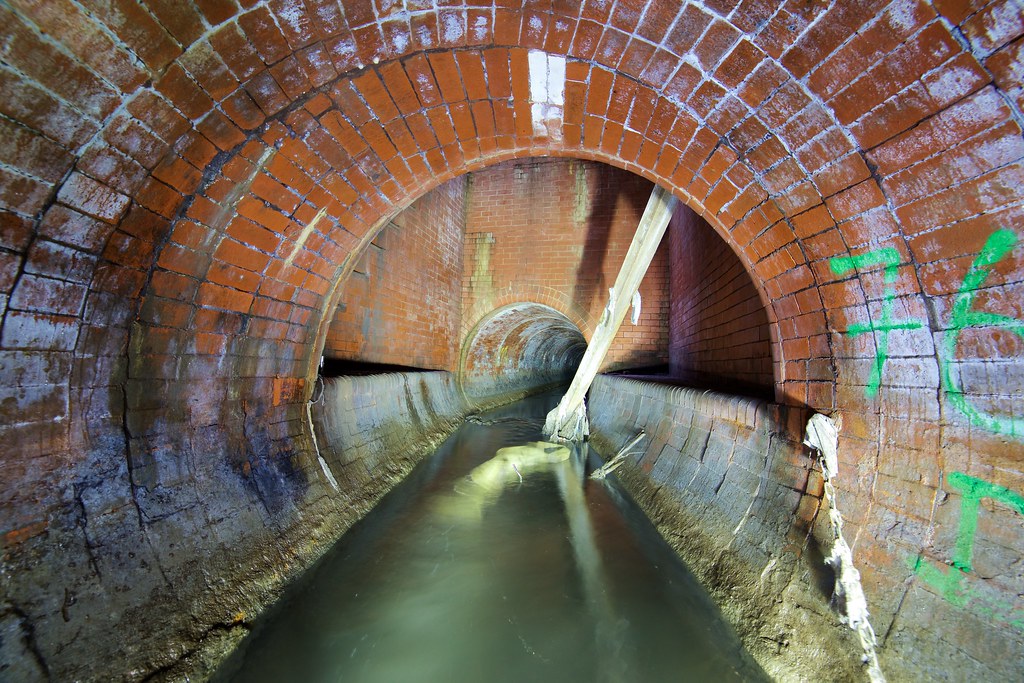 This section of the culvert appeared to have been planned with easy access in mind. At pretty much every change in direction was a chamber with a flight of stairs, covered by thick wooden beams that bore resemblance to railway sleepers. In the middle section of the culvert they have been replaced with concrete slabs and buried, further downstream they still stand proud of the ground and can be followed through Bower's Business Park.

There were more of the stair chambers than we had time to photograph, one of them had a small CSO connection that added it's unique twang to the air and rags on the walls. 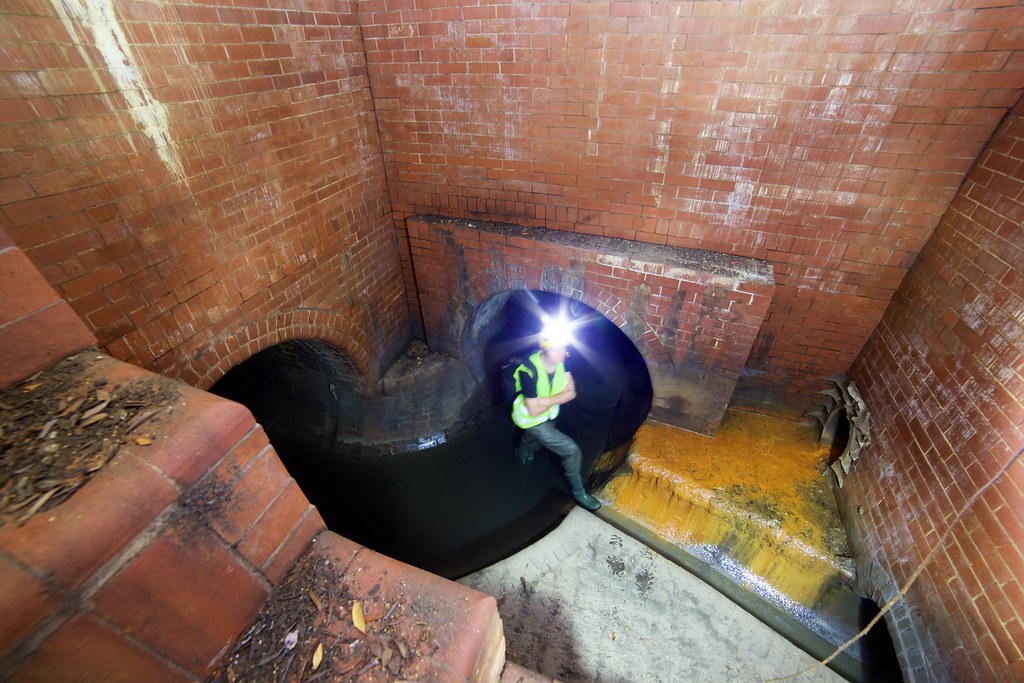 It appears that some work was (or is) in progress. Piles of sheeting lie around the chambers with some inserted into the wooden roofs, possibly the precursor to more concrete. Some of the wooden beams look to have been replaced recently, the old ones lying on the ground above. 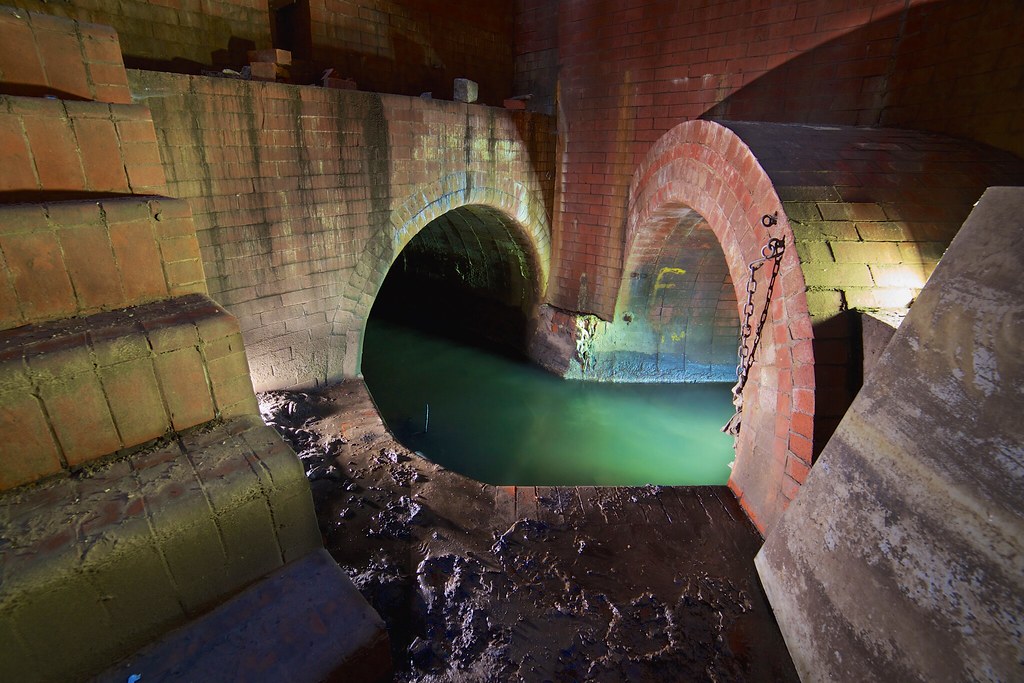 Only one chamber had escaped the sheet work and had a roof that the rest probably looked like originally. 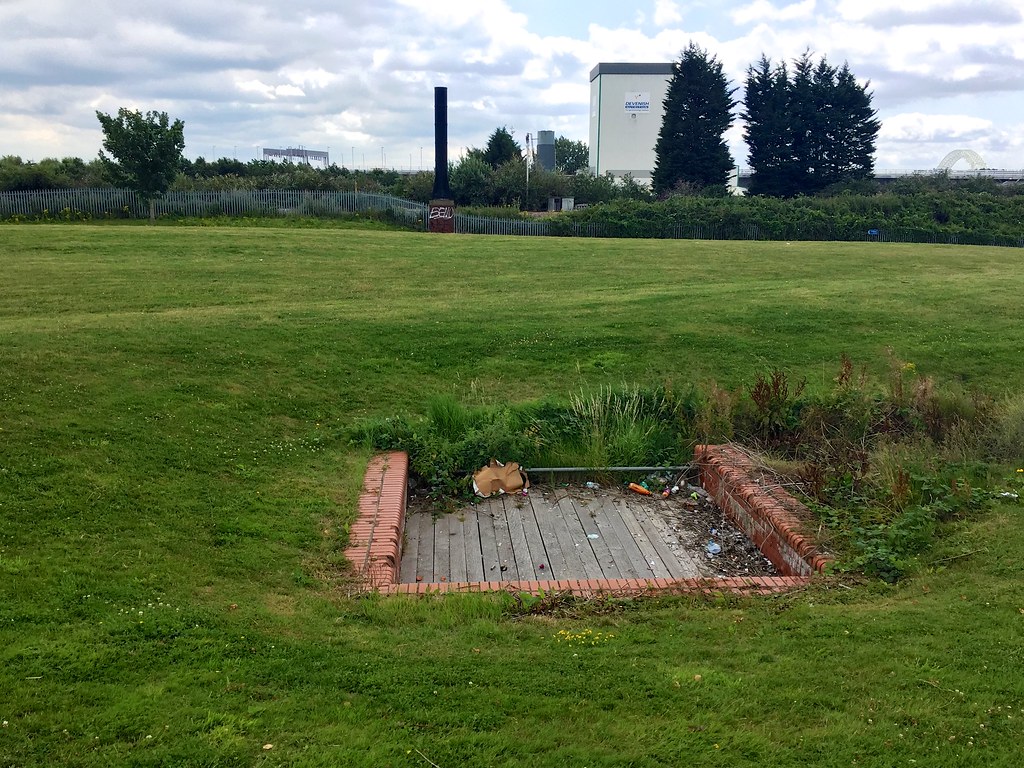 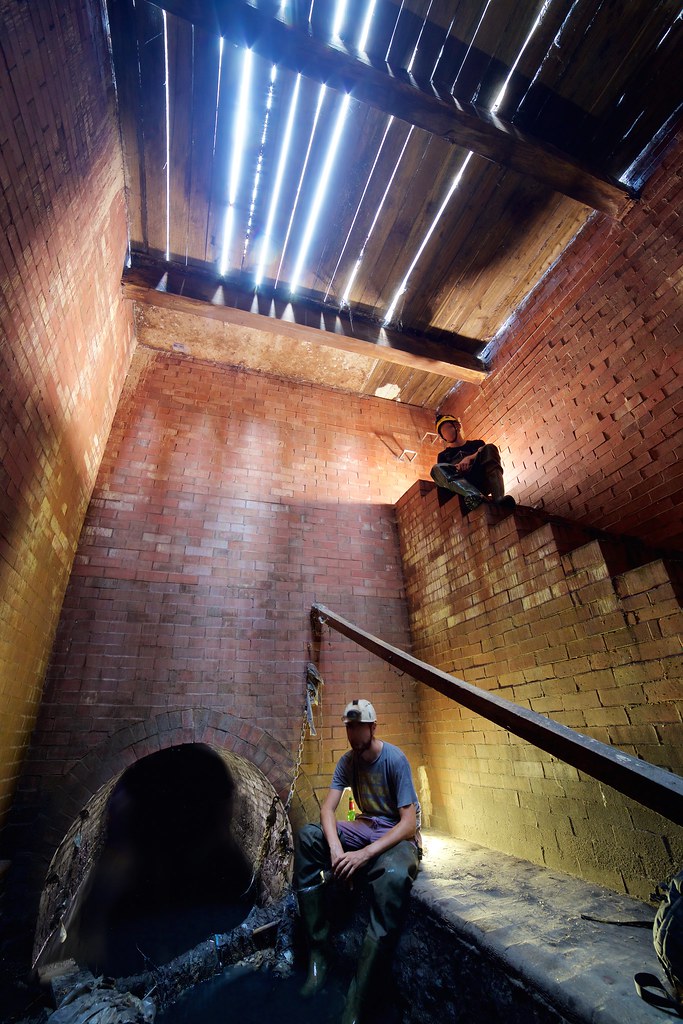 The pipe shrinks down to an uncomfortable stoop through bubbling mud then daylight and fresher air brings you to the bottom of a vent stack. 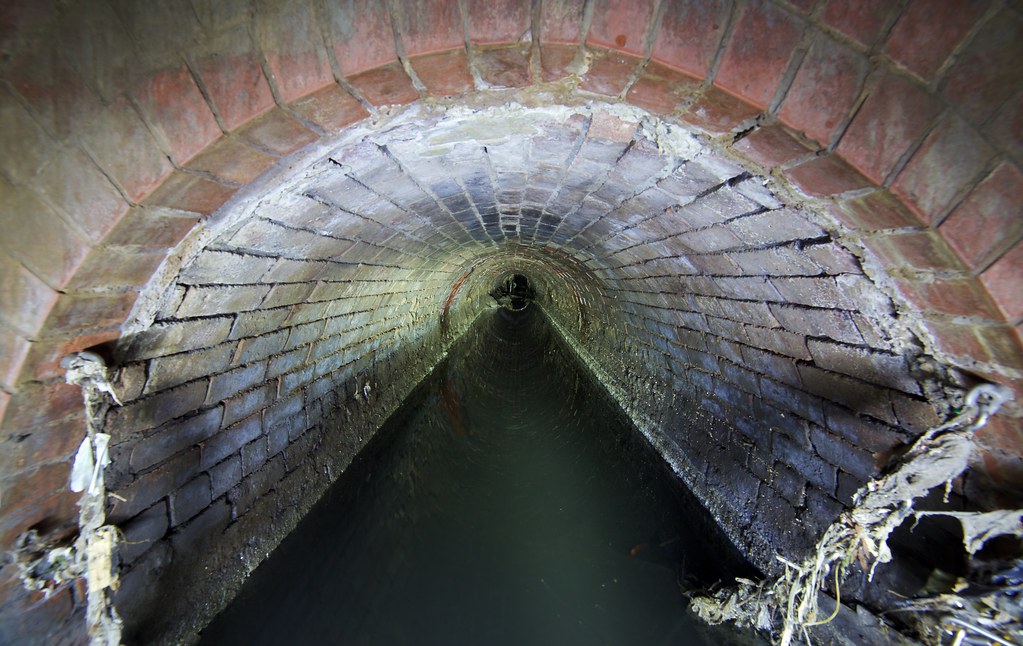 The main camera was left behind so there are only phone shots for the last bit.

The brickwork steeps up into the crown and gives room to stand briefly, before continuing downstream past two small chambers that rise to concrete slabs just before the railway line. The tunnel grows slightly then a low arch with about a foot of headroom goes under the tracks. We halted here as it was pretty grim and no way to proceed without getting rather wet. 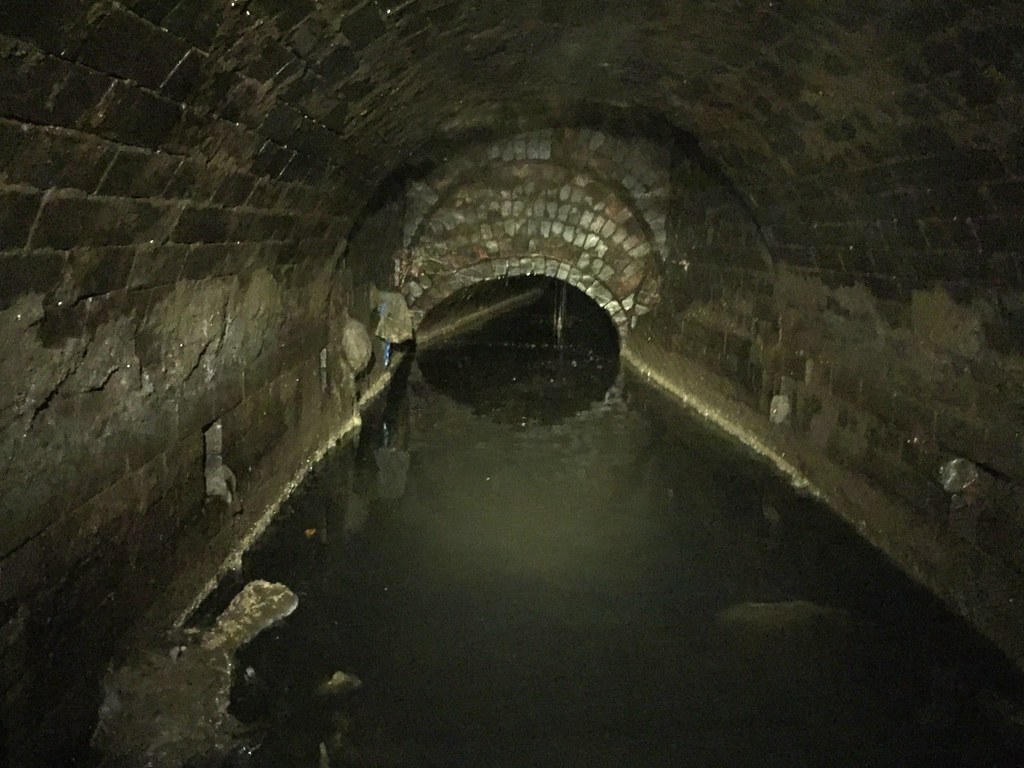 The tunnel can be followed on the other side from above, where all the locatable manholes have had large lumps of concrete placed ontop. Just before the canal the brook can be seen into through a steel mesh section; a large concrete box culvert disappears into a sump pool.