A mill near Radcliffe has a goit running to it from a nearby weir, a small inlet allowed water to enter an iron pipe which took it underneath the mill and onto a turbine to produce power. Nowadays the pipe has fallen away and all that can be seen are the brackets that were used to attach it to the wall and a few rusted pieces.

TunnelMon & I had explored parts of the culvert previously so met up to see if we could see the rest.

The water from the goit still continues under the mill in a culvert, the majority of which is brick lined with a concrete roof. Allot of the culvert has large amounts of silt which makes progress slow. 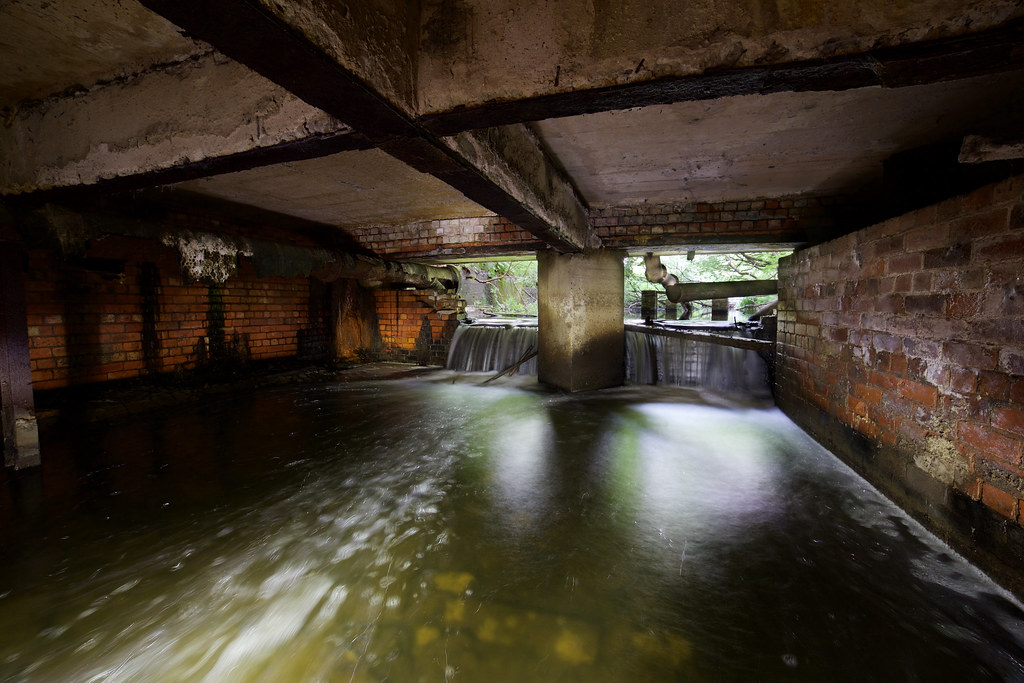 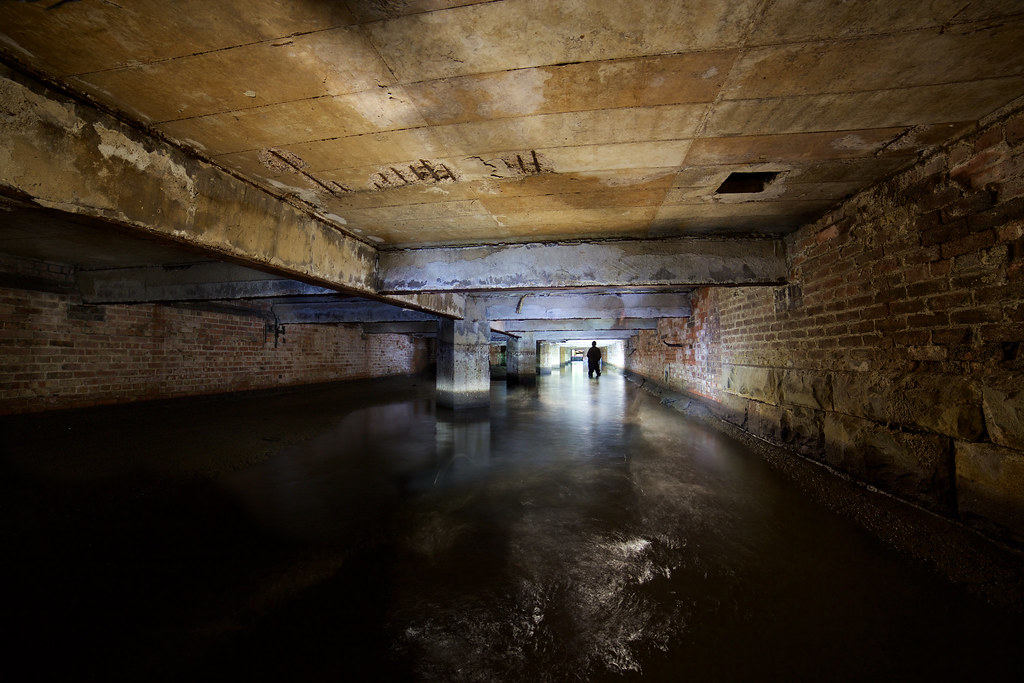 Two brick arches take over later on which lead to a large chamber. 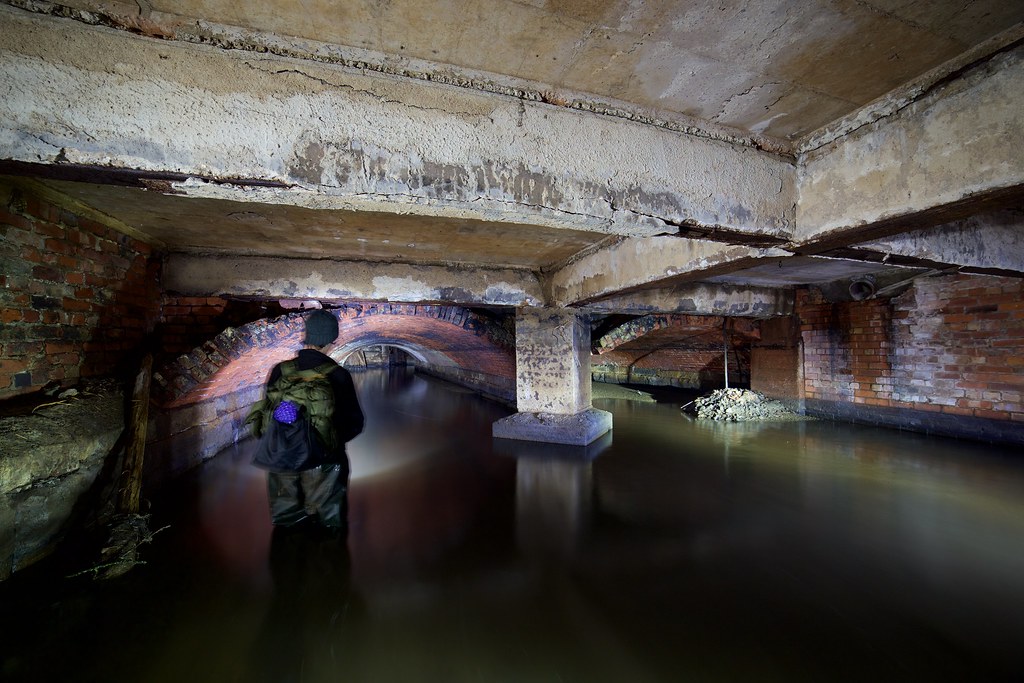 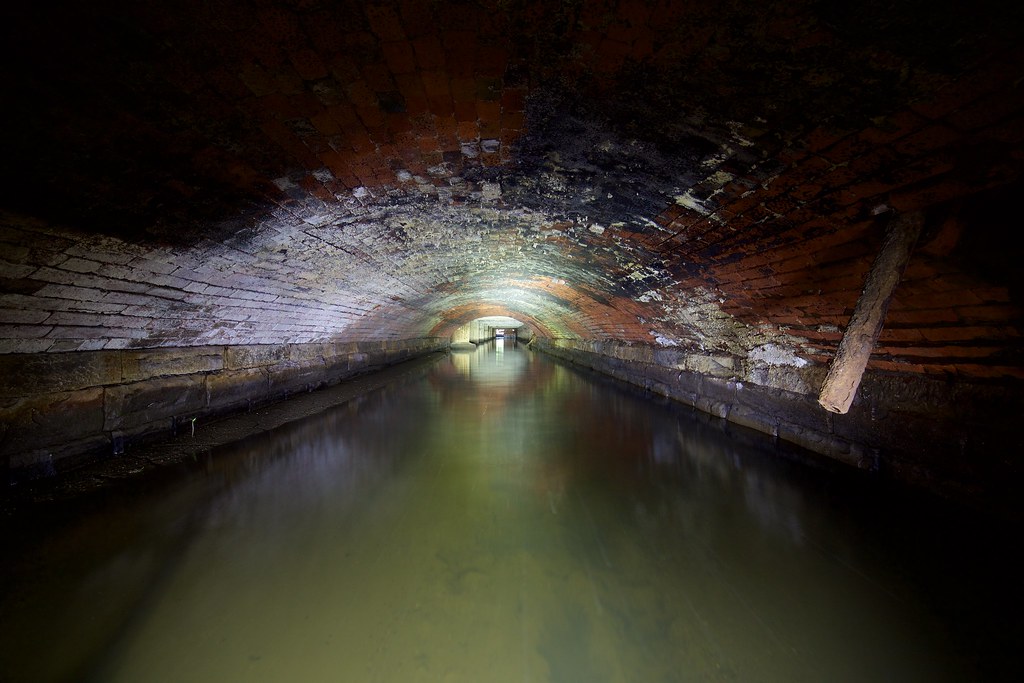 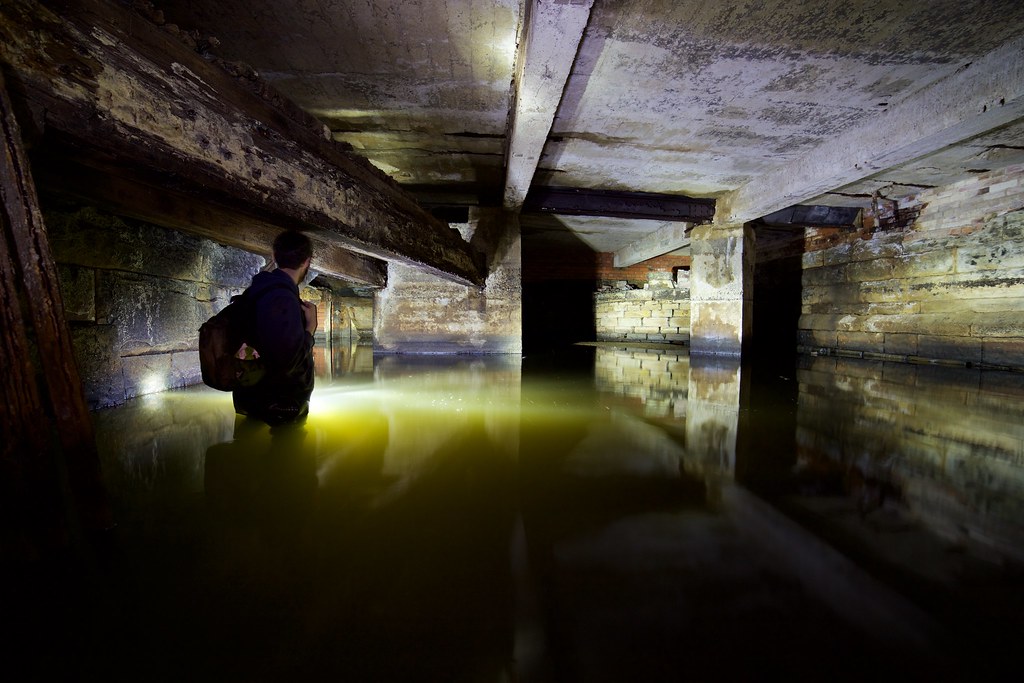 The remains of a retractable grill stood guard at the entrance with large rotting wooden beams passing overhead, the floor level drops again and becomes uneven. With levels well above our waists we managed to just get far enough to see around the corner where the water drops over an event horizon and down into a lower chamber. 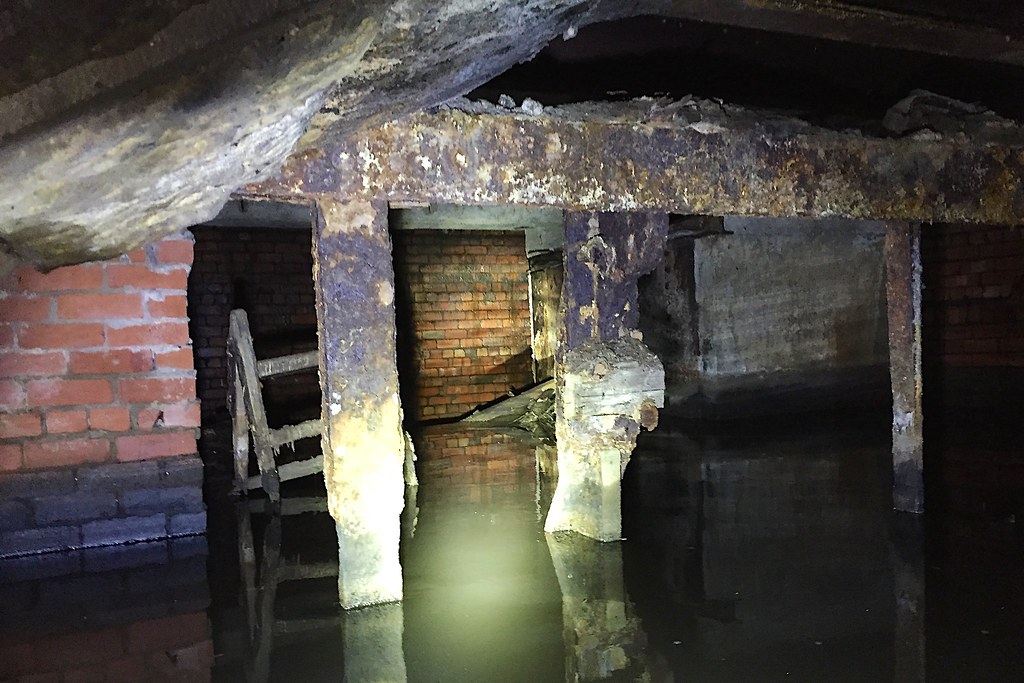 Approaching from the other direction the water can be seen crashing down into a lower culvert from a small hole in the brickwork. Presumably the iron pipe would have continued from here to take the now fast flowing water to the turbine. 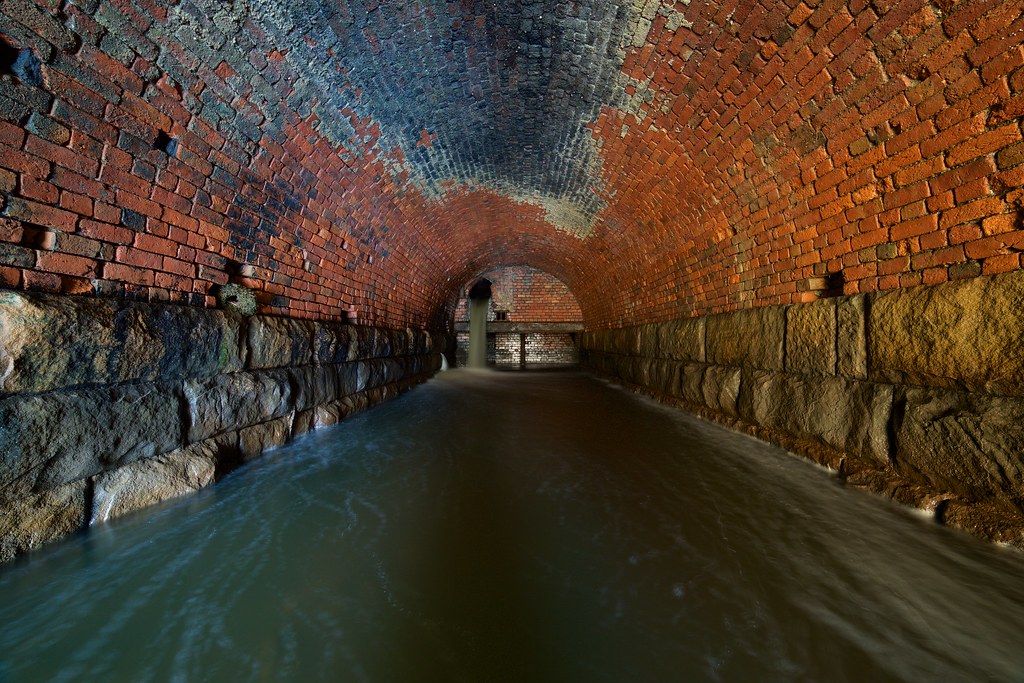 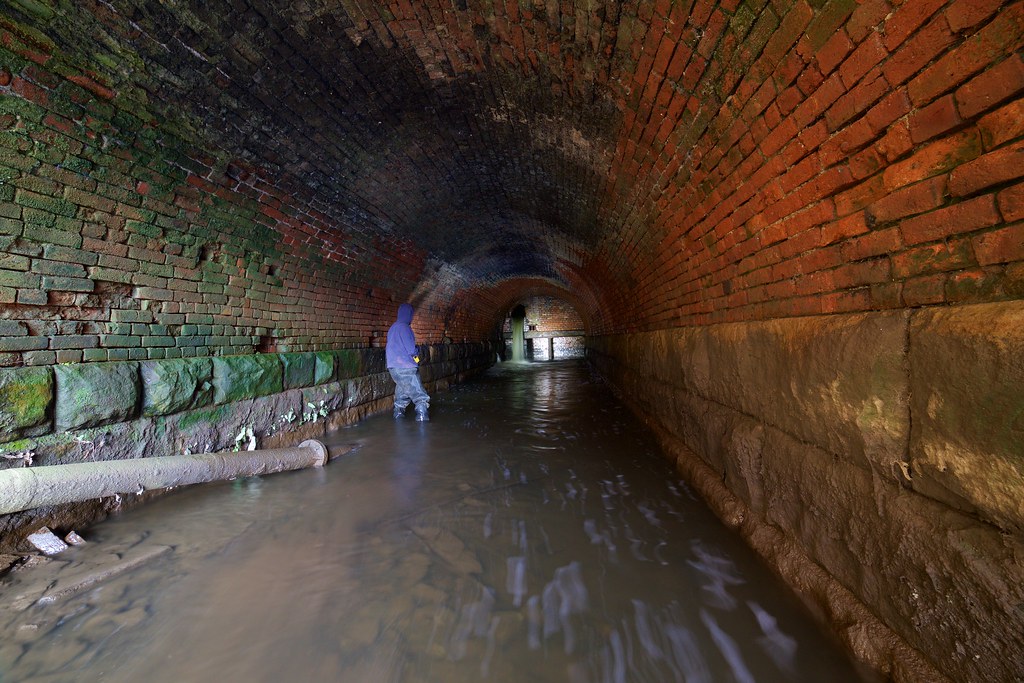 The lower culvert is double barrelled with one arm silted up, both lead to a brick chamber behind the water spout. 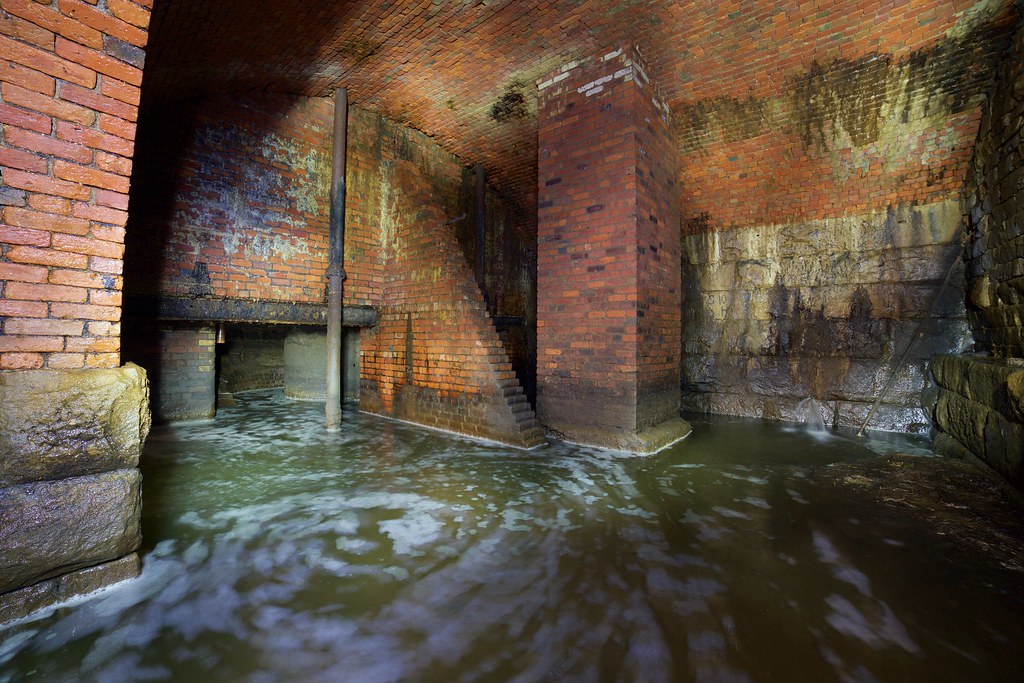 To one side of the chamber was a concrete drop shaft hanging over a deep pit, presumably this would have been an overflow from the culvert above should the capacity of the iron pipe be exceeded. 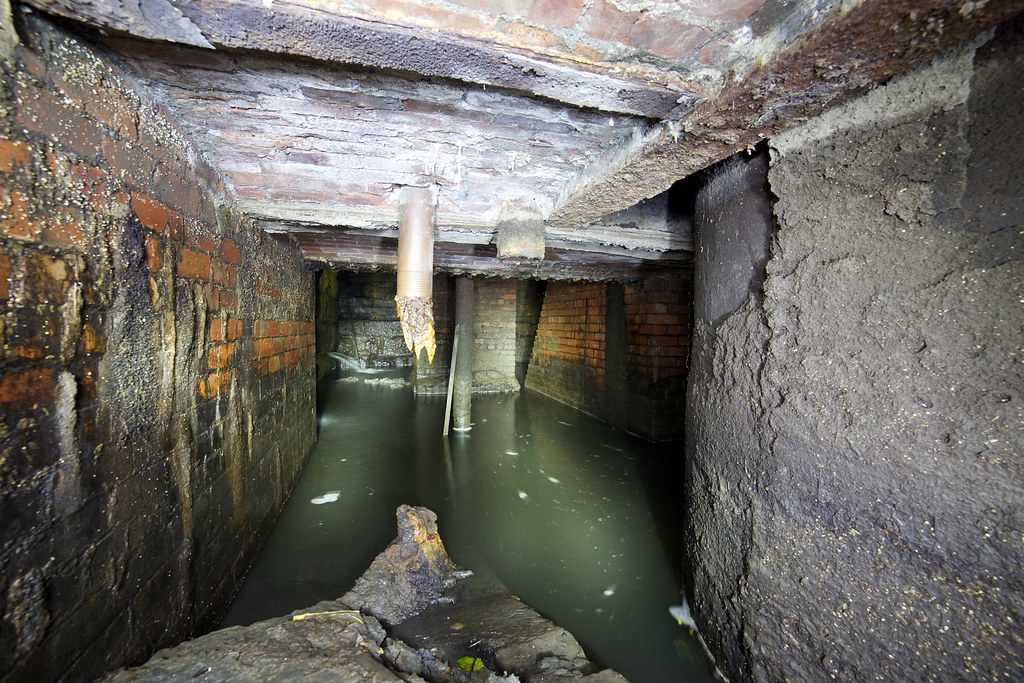 On the embankment to the side of the outfall lies what's left of the Gilkes water turbine. 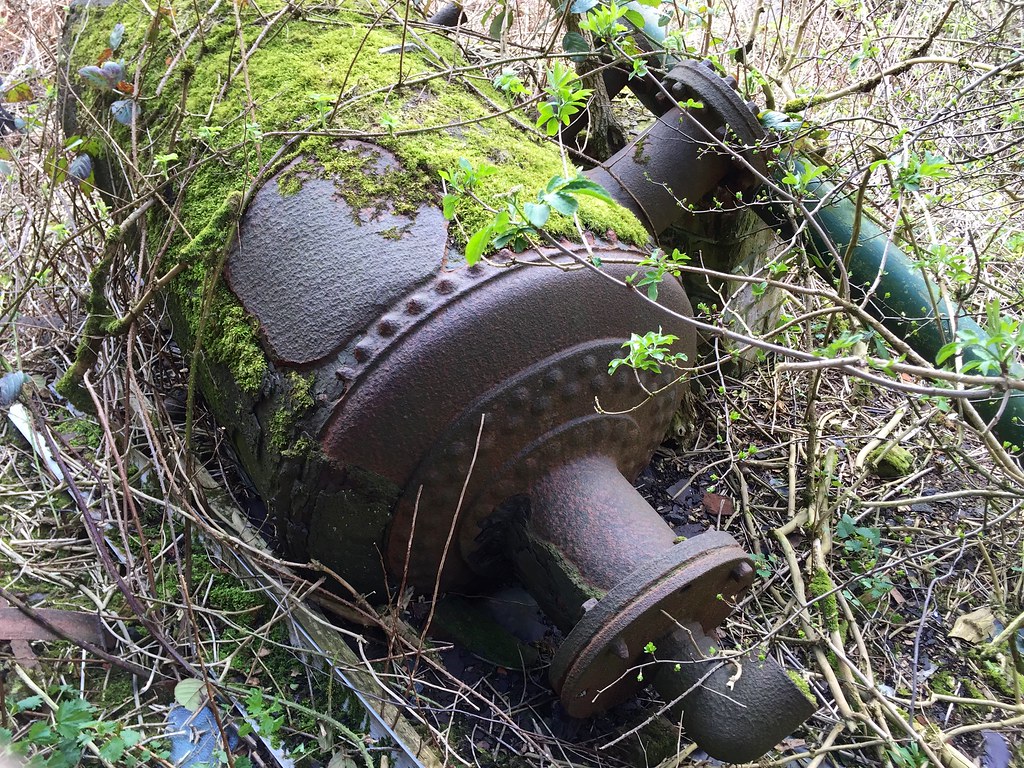 A waterwheel built from old steam engine parts sits falling into disrepair shortly before the giot heads underneath the mill. This may have been used to pump water from the got upto a nearby storage lodge to be used as a head of water when the river was low. 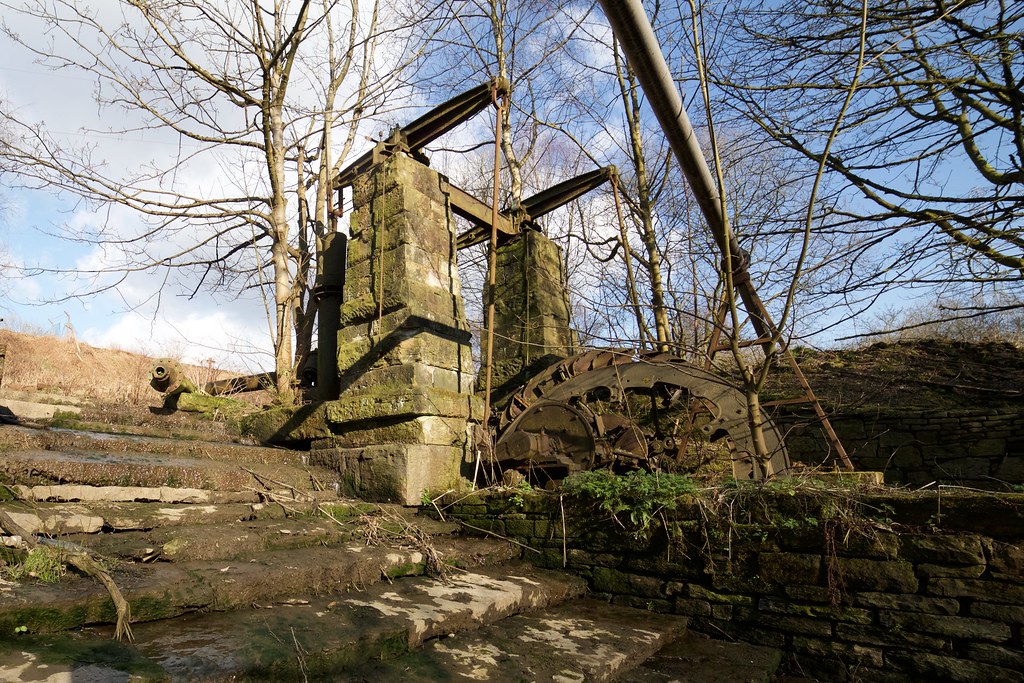 The Cockey Moor Culvert was constructed by Lord Grey de Wilton in the 1790s. It ran mostly southwards for over 2 miles from the now defunct Cockey Moor Coalfield to the outfall at Mount Sion. It apparently started at the Cockey Moor colliery as a 5ft tunnel, then widened to 6ft 9' around Lambwell's Colliery where it was known as 'The Great Tunnel'.

There were numerous access points along it's route, most have now been capped although there was one possibly still open as seen here. Unfortunately an inspection revealed the shaft had disappeared somewhere beneath the water..

Don't Get Cockey was a found as result of looking for the Cockey Moor Culvert and initially thinking I'd found it. I dismissed it the first time I saw it but the outfall is semi hidden behind a concrete tank. 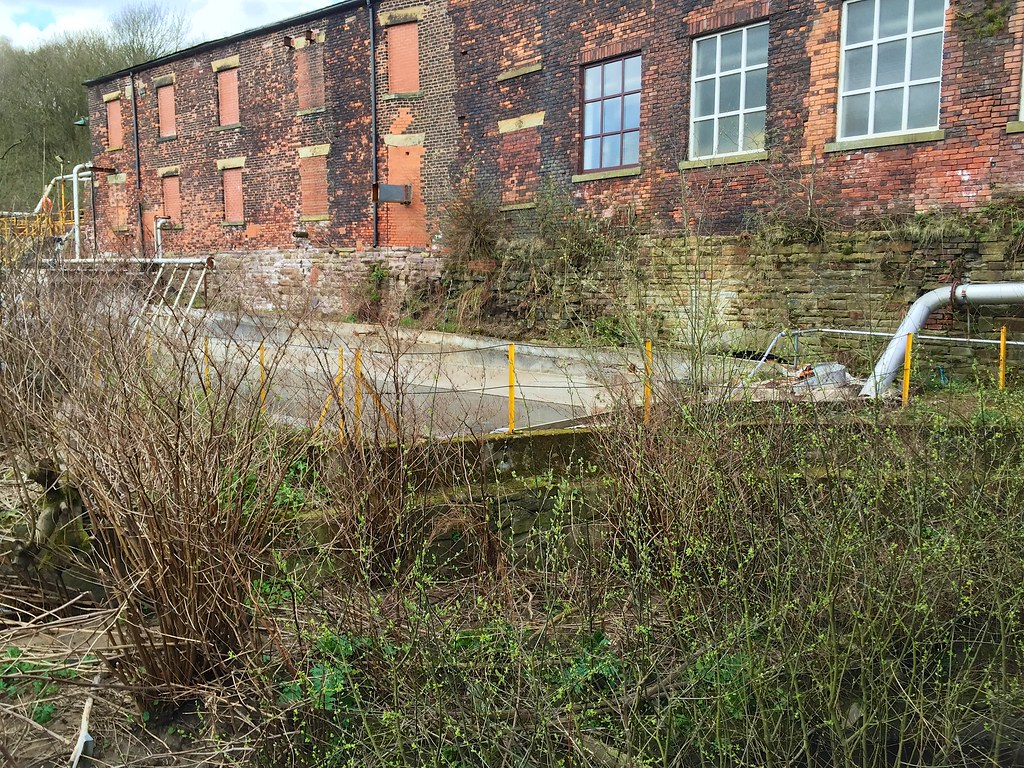 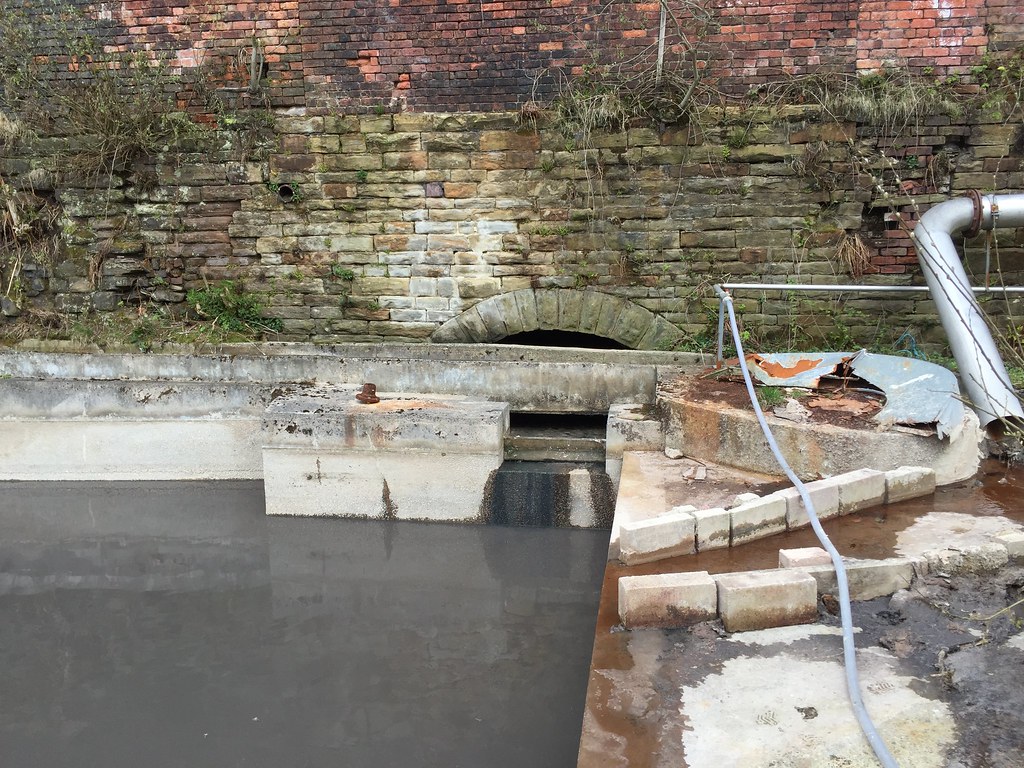 Inside the culvert is full of mud and some sort of waste, possibly pulp from the factory above. 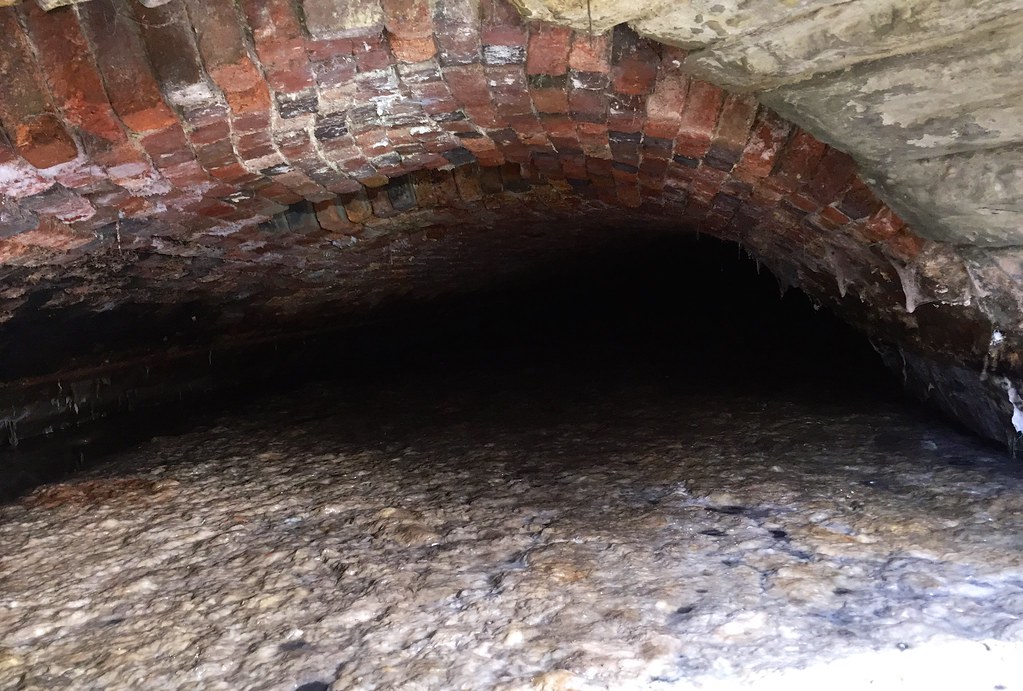 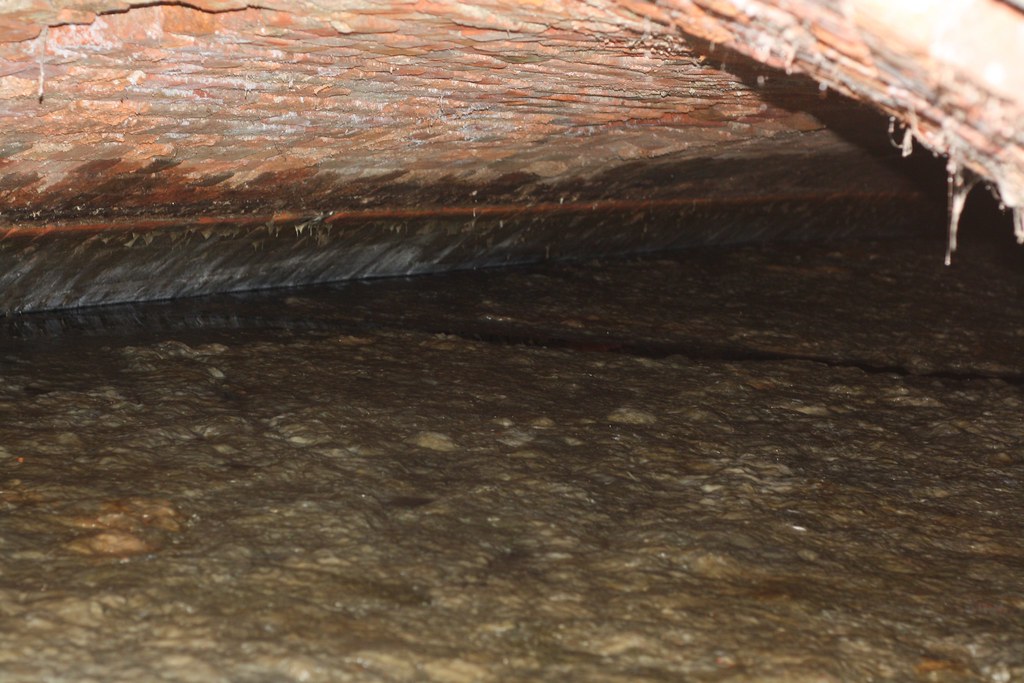 The outfall had been integrated into a tank which the factory appeared to use for storage of water from a variety of sources, maybe a settling tank for removing waste prior to discharge to the river. 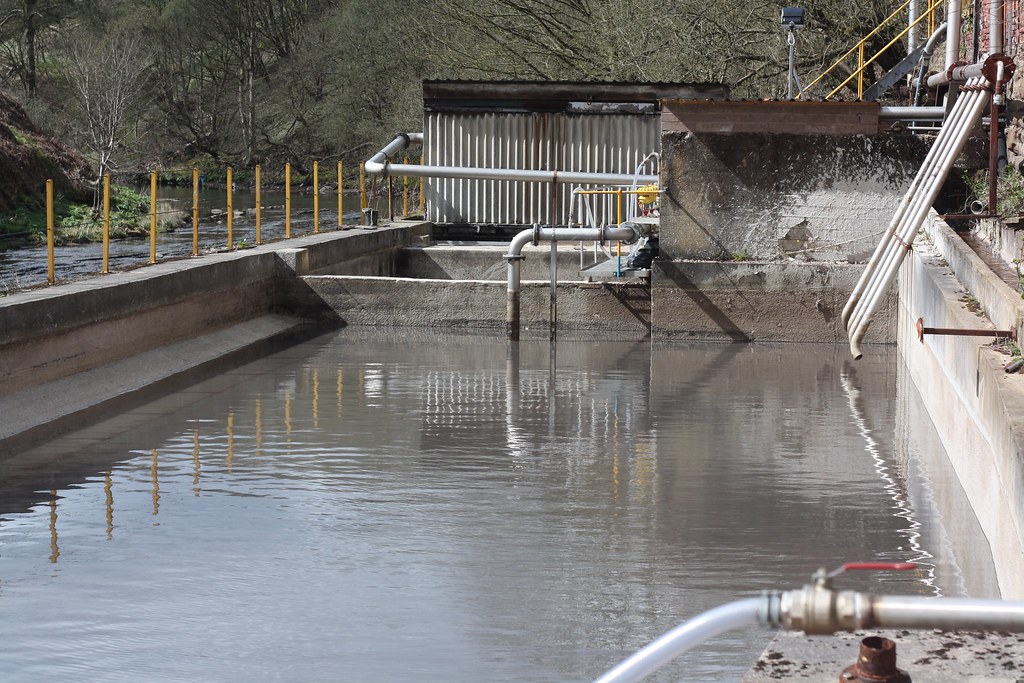 A pipe on the riverbank seemed to come from the tank and had ochre residue around it, as would be expected from water coming from a culvert draining mines. 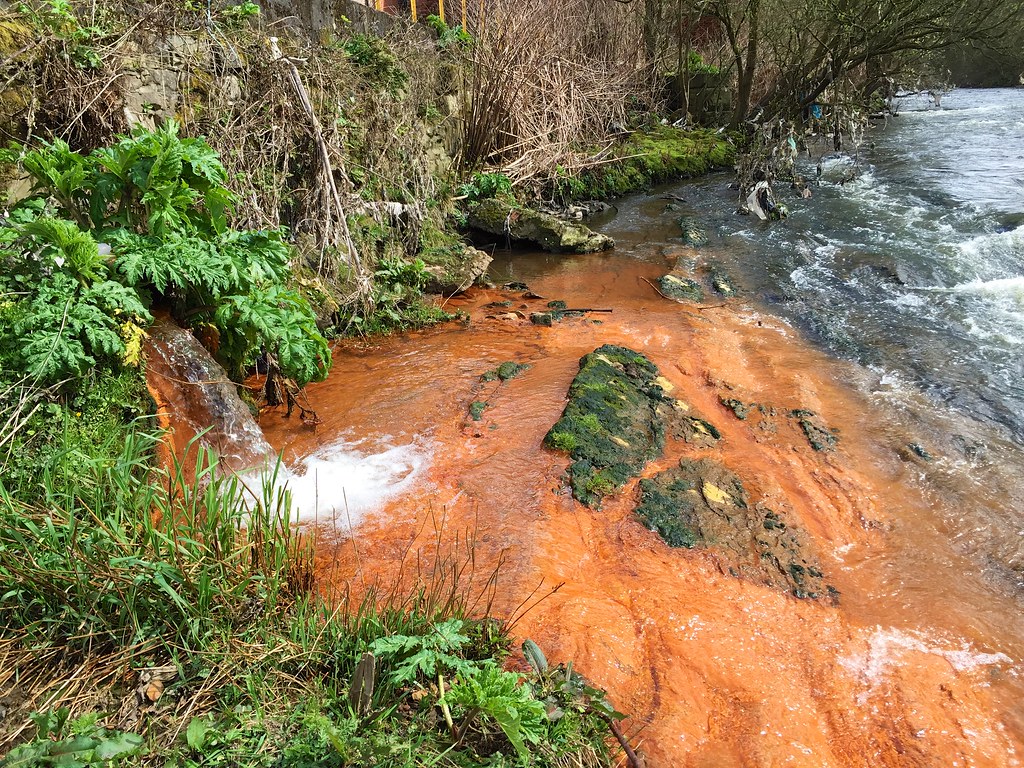 Thanks to Ken Howarth of Heritage Photo Archive for his assistance.