Built to stop sewer spills to the Salteye Brook, Tear Duct is Manchester's second recent large scale wastewater project. It will add storage capacity and divert flows to the Eccles Works for treatment or onto an outfall on the Manchester Ship Canal if the system is full.

A long time ago I read an article about a big wastewater project to occur in Manchester. A poke around the general area with Theloki revealed a couple of compounds, one had hoarding clad with pretty UU graphics depicting tales of mysterious machines digging underneath our feet. Inside was a deep but empty concrete hole. Fast forward a year and a scout about with TunnelMon revealed the situation was prime for a closer look.

The three of us met one evening and headed over to the most promising looking site, the shaft was lit up like a football pitch and there were signs of life in the compound. Eventually we found ourselves within the Harris fences surrounding the top of the shaft looking down a long ladder. 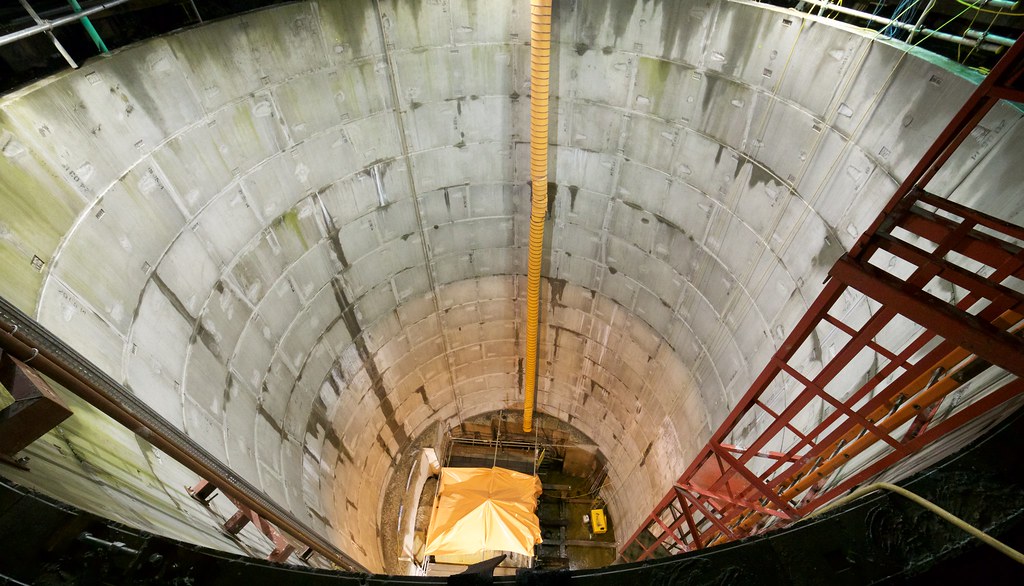 There was a couple of inches of water at the bottom with a yellow skin of oil and grease, the smell was unique to this kind of environment and quite unlike your average drain aroma. 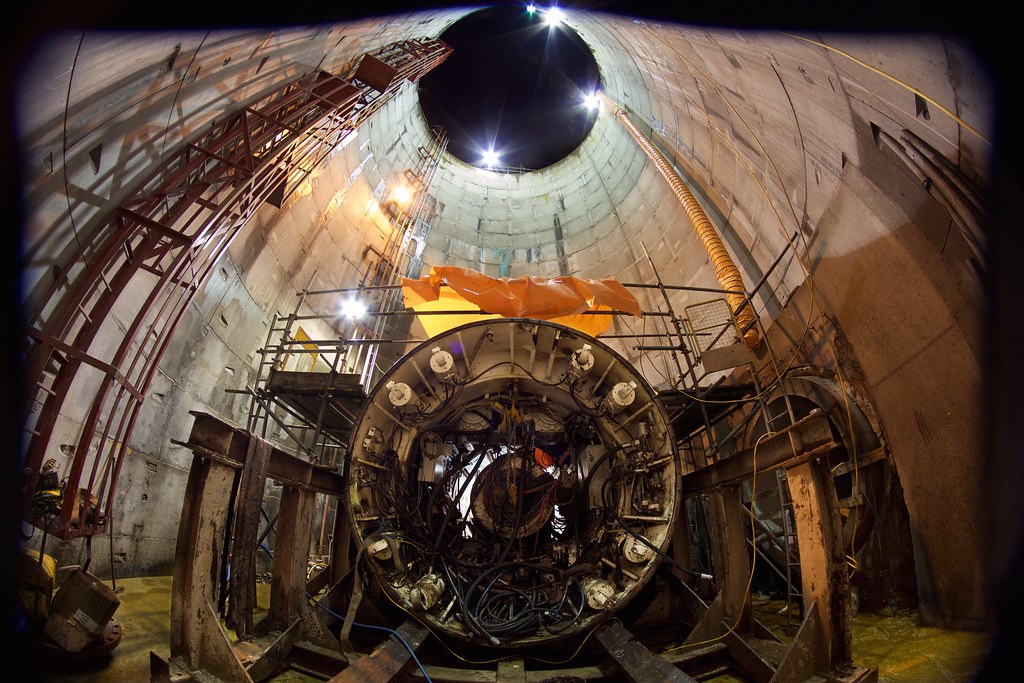 Hiding under a plastic sheet at the bottom of the shaft was 'Elsie' the TBM. Her toothy head had already been extracted and heavy duty rings welded onto the next section prior to lifting out. 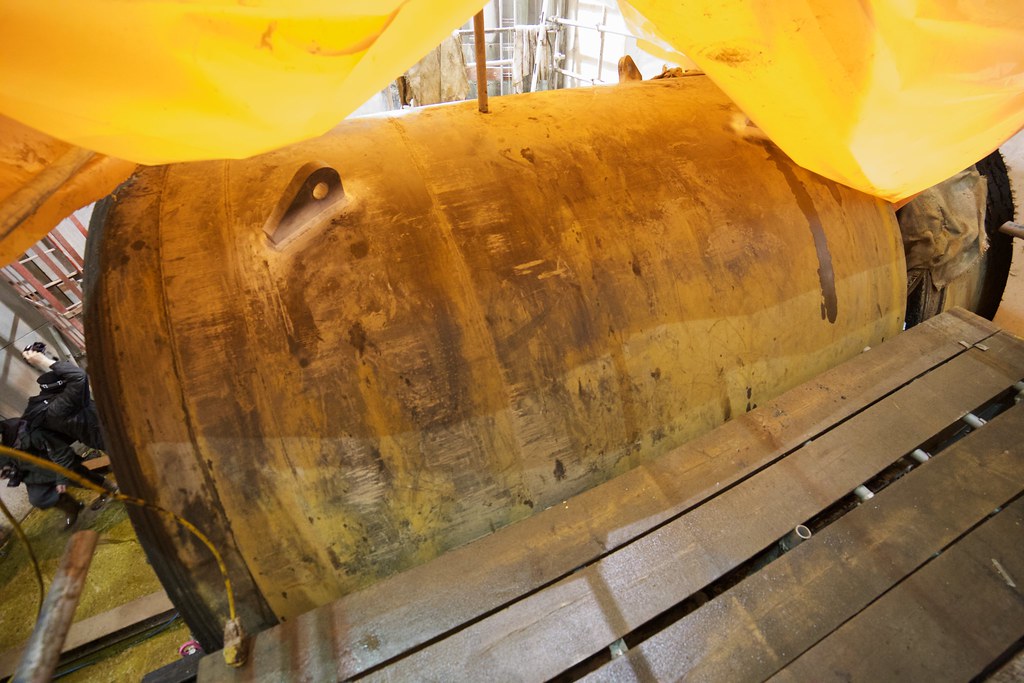 Off to one side was a tunnel heading underneath the motorway to the next shaft some 85m away. 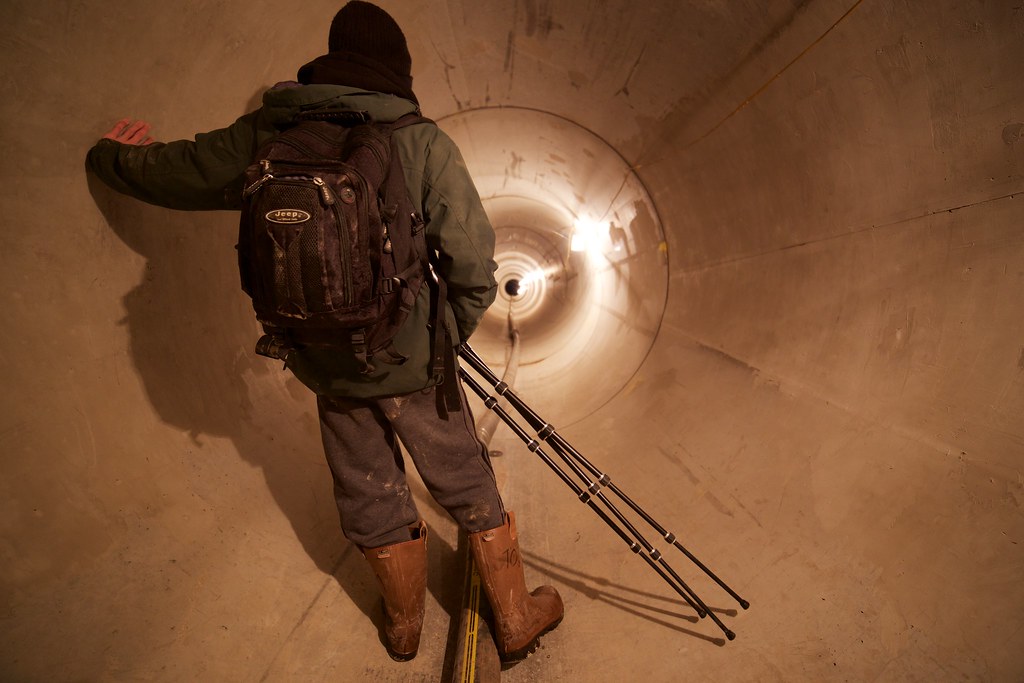 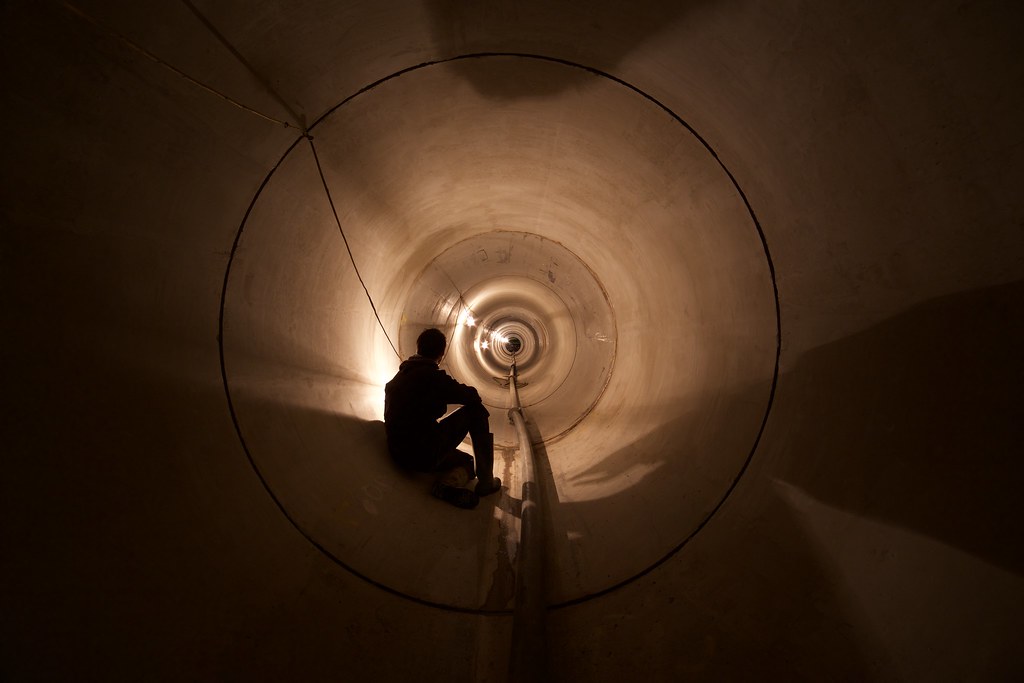 At the end a wooden former was blocking access and the floor level was a few meters down, presumably the concrete had just been poured. Knowing the site above was occupied I dared only an exposure from the meagre light filtering down from above. I've got a feeling this shaft may intercept flows that used to spill into the Salteye Brook within Revolver. 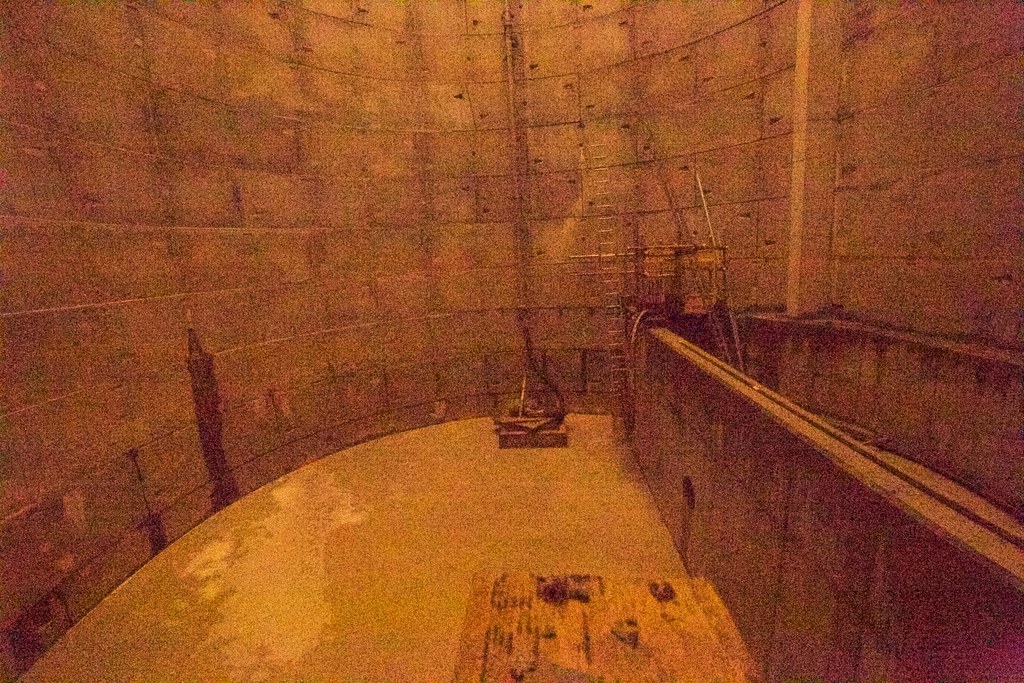 After getting rather familiar with Elsie's interior we were in a freshly guzzled 9ft tunnel. We marveled at the intricacies of TBM design which stretched well beyond the confines of the main cylindrical body into the support structure which trailed on for some way. Of particular note were the grease barrels on mounted on pistons which supplied hoses that extruded thick white grease permanently onto anything unfortunate enough to rub against it. 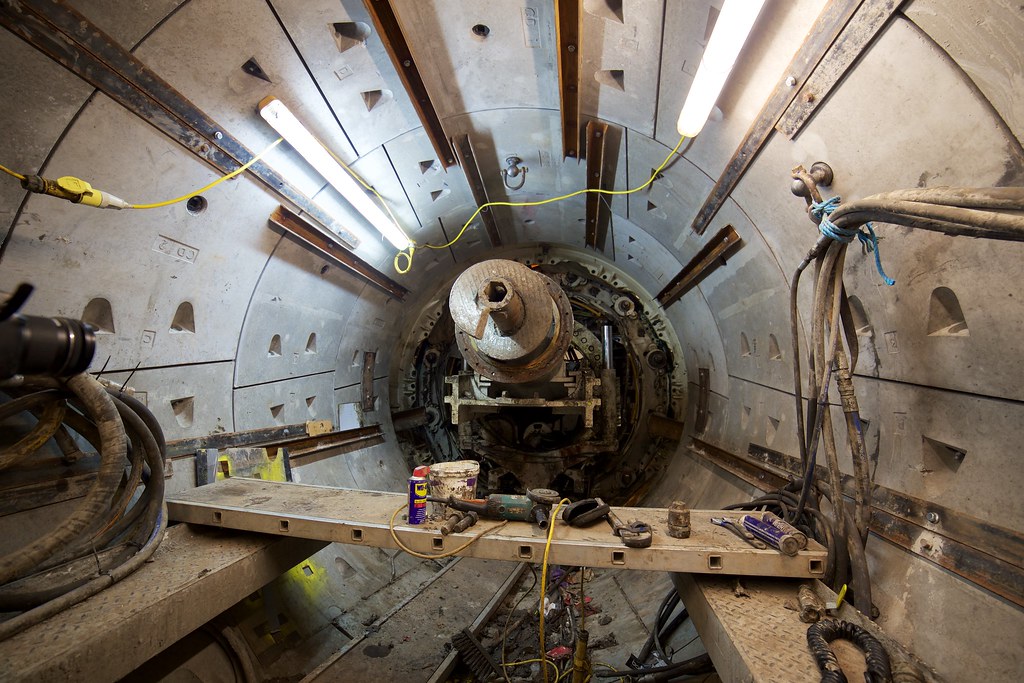 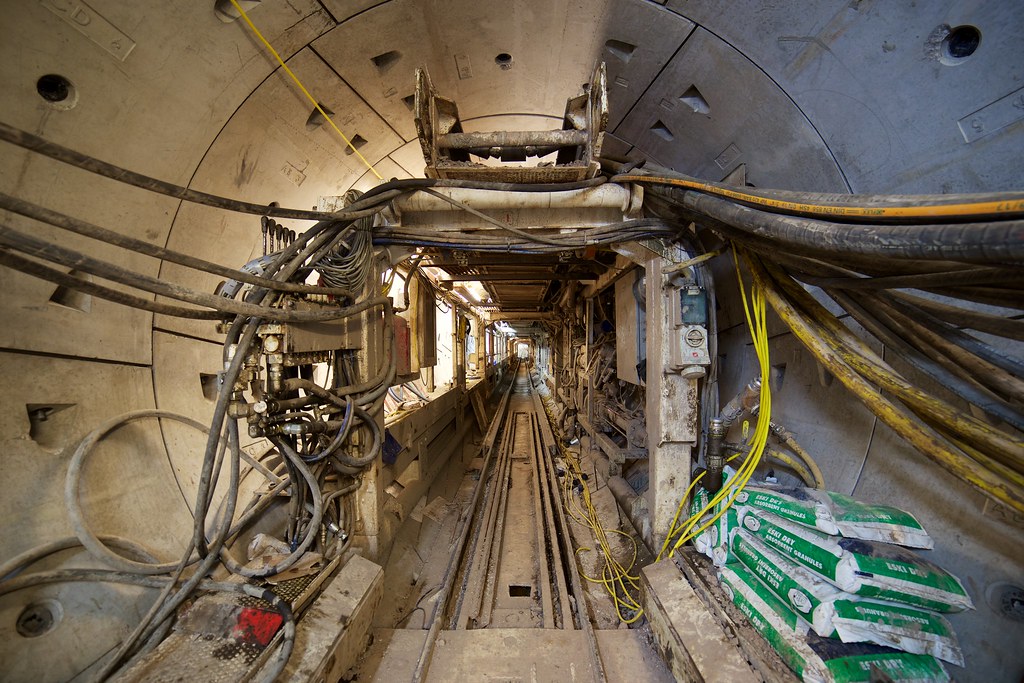 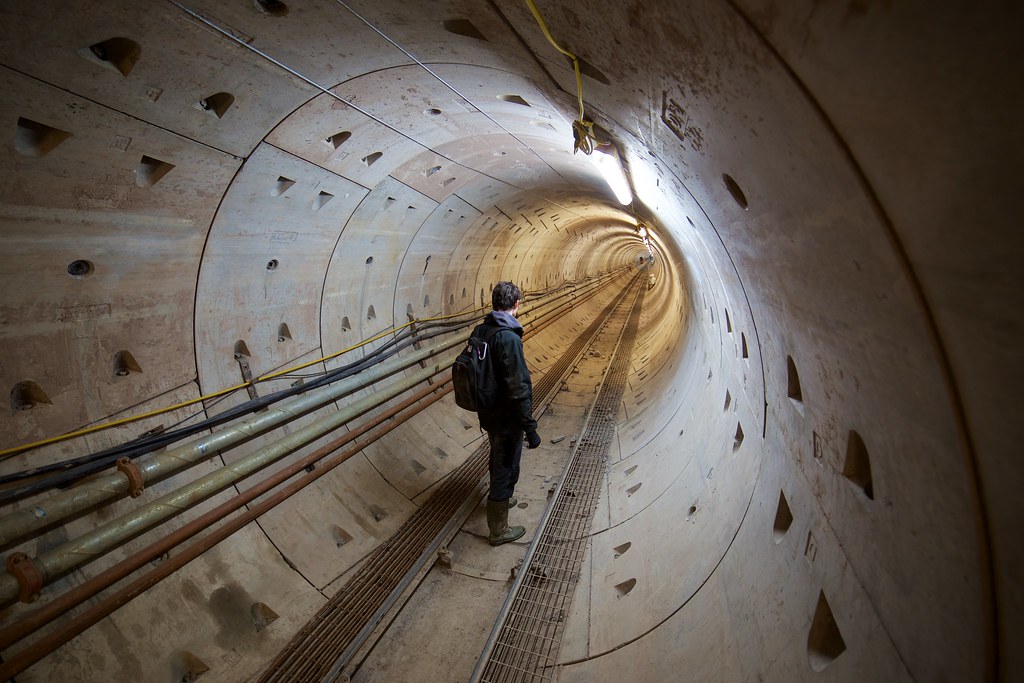 We had been moving about generating as little noise as possible so when the inevitable clang came from a misplaced step it twanged loudly down the unexplored tunnels. 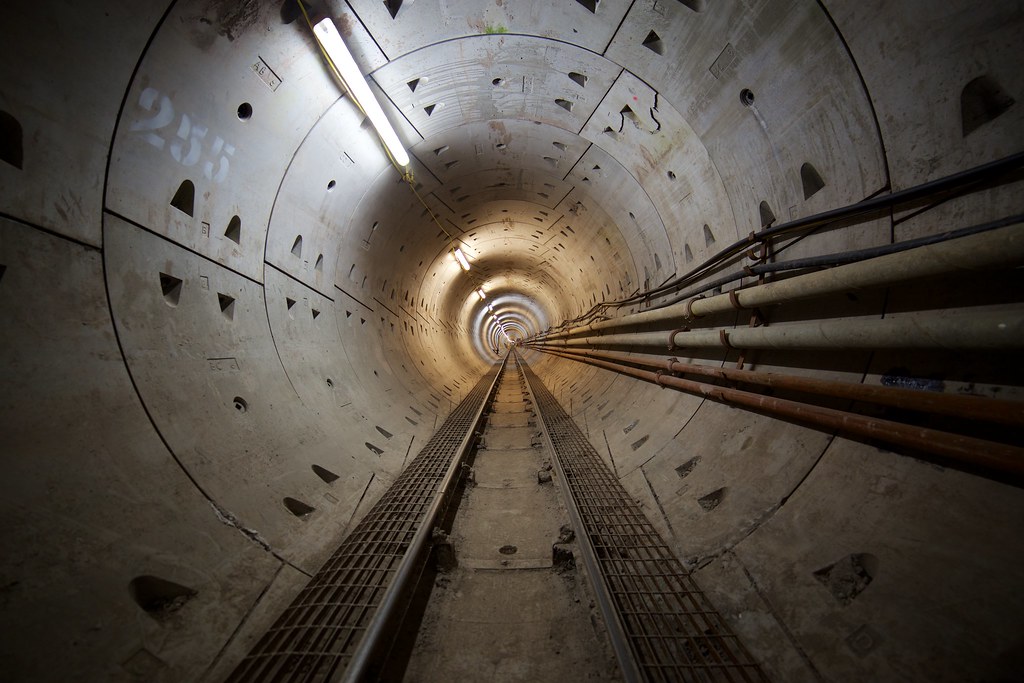 After a point the holes used to manoeuvre and bolt the segments together had been filled in to start the process of making the bore smooth. 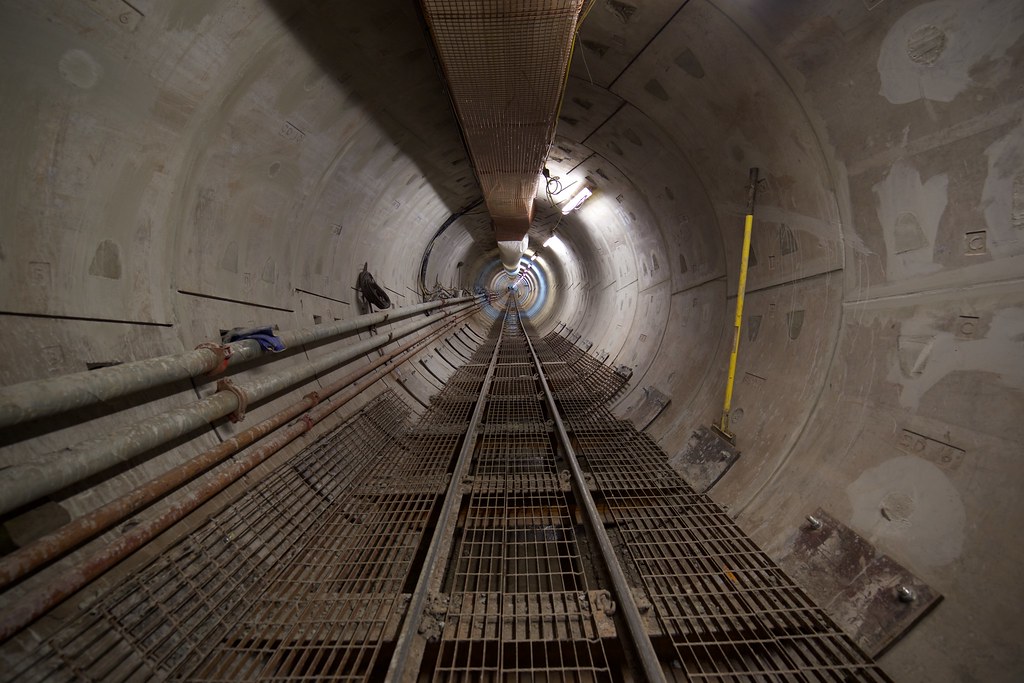 It ran dead straight to the next shaft found in the Eccles Works around 500m away. At the end the track split in two and a couple of locos were resting, their work nearly complete. 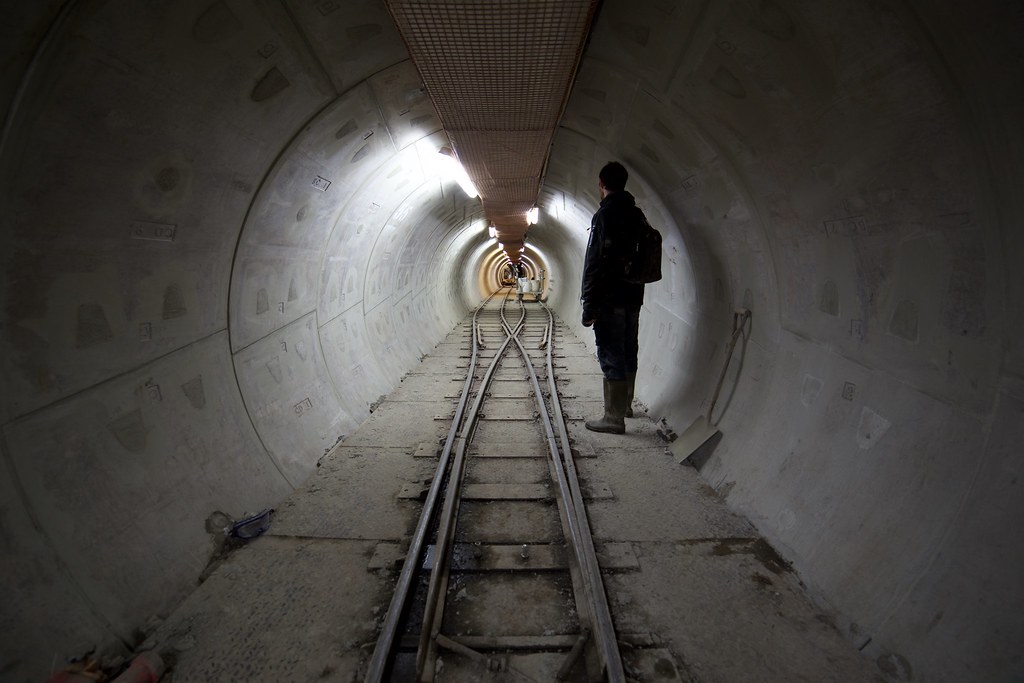 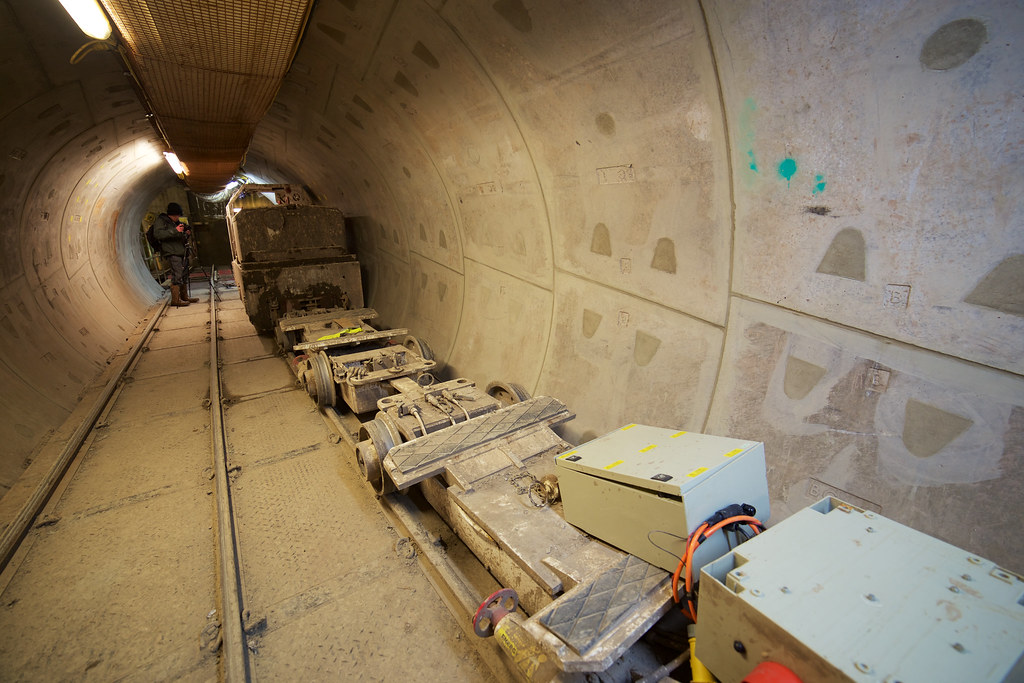 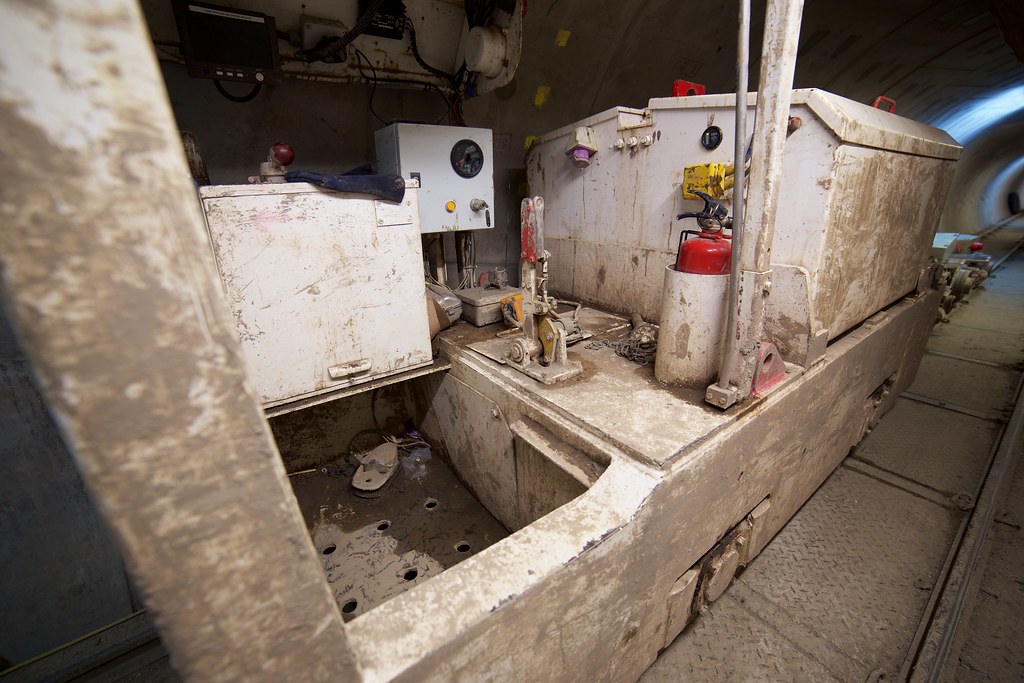 The Eccles works was the main supply site and had row on row of tunnel segments lined up at one point ready to be lowered into the tunnel. A moving platform allowed four bogies to be in play at the bottom of the shaft and was monitored via CCTV. 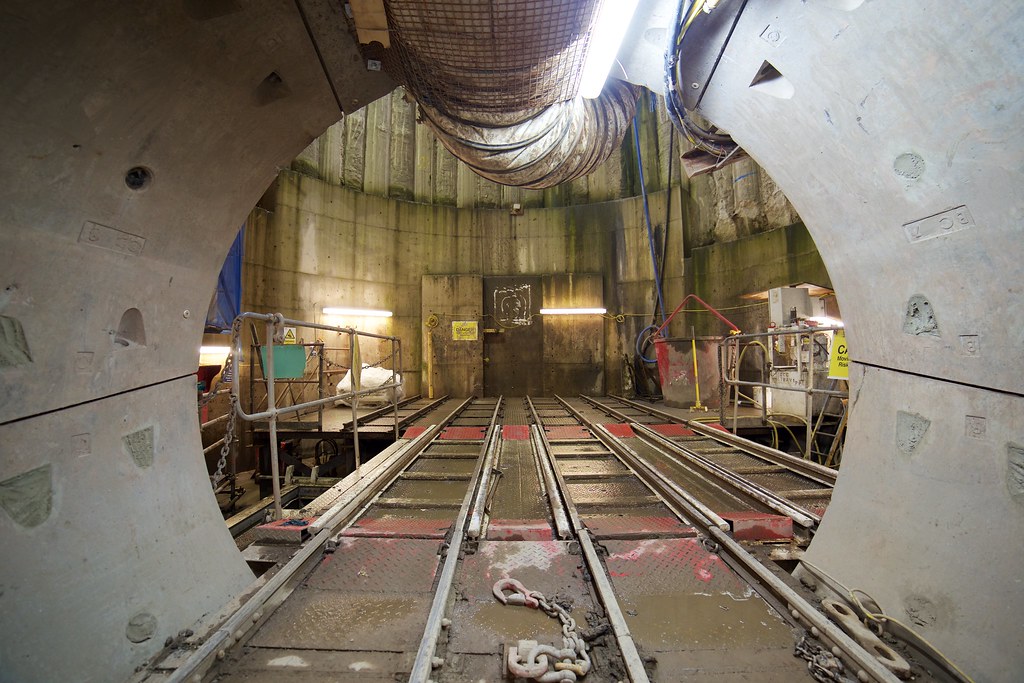 Hopefully time will tell how the rest of the system connects in.