The Walshaw Brook emerges briefly into the open air from Slop Pail before returning underground for the last stretch to the River Irwell. 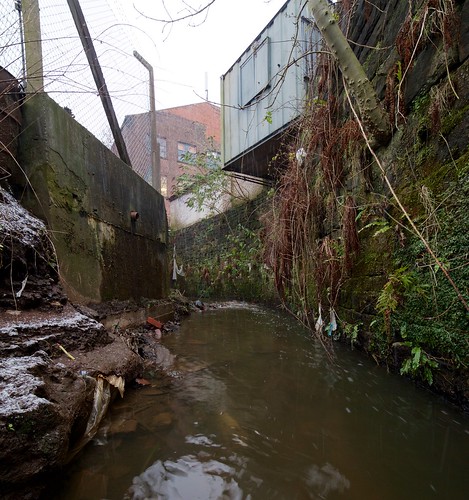 I had wondered since doing the first culvert what the second held, so met up with TunnelMon and went for a look on a cold snowy day.

The infall looks to have suffered at the power of floods, a ladder was wedged in the stonework and a void had formed behind one of the walls. It wouldn't take much to lever the whole lot down. 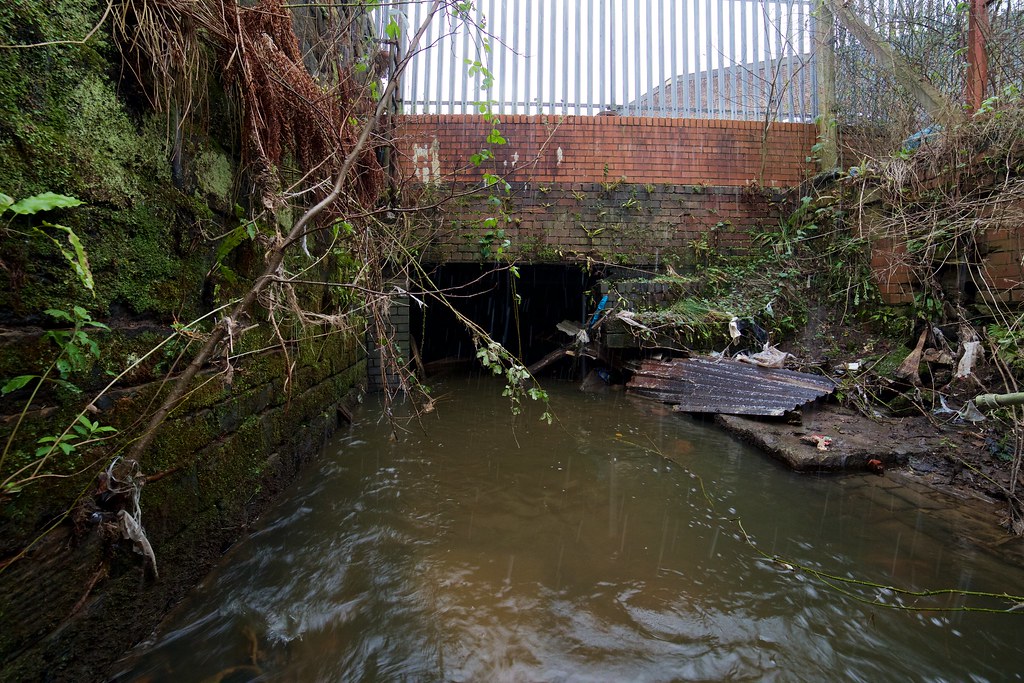 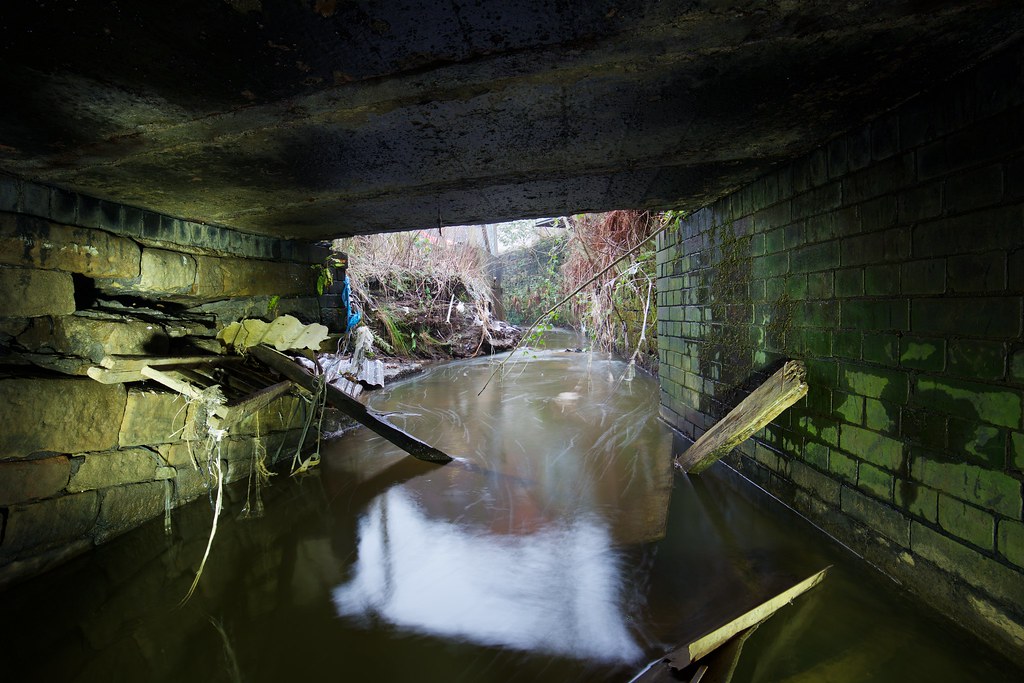 A rusted pulley on the ceiling, another lose on the ground and the remains of a sluice suggest there was once a system for controlling the flow from outside. 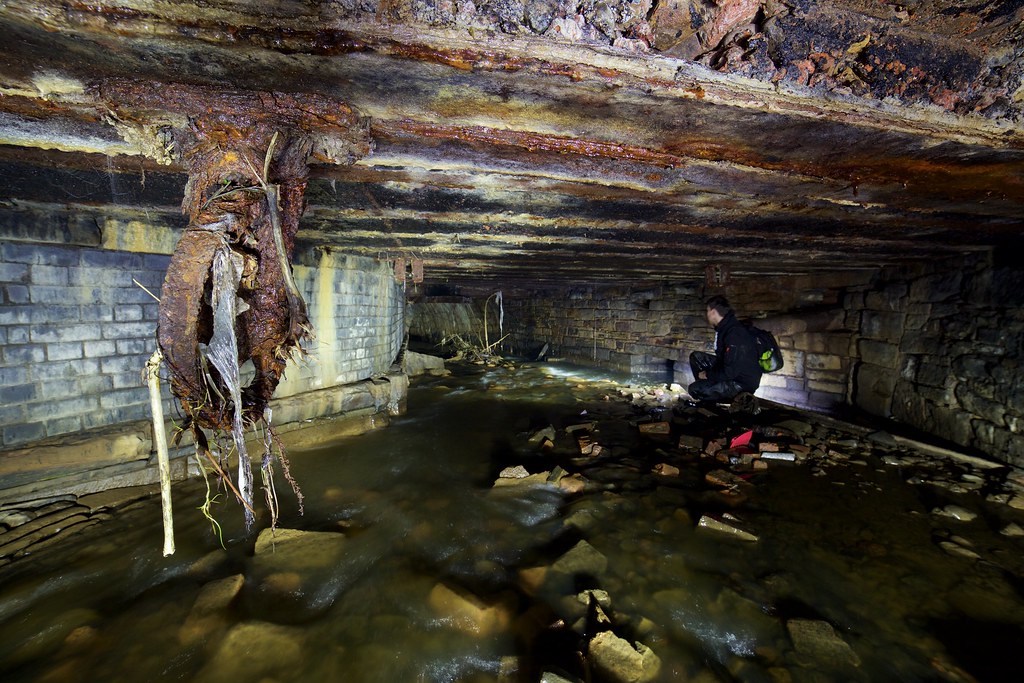 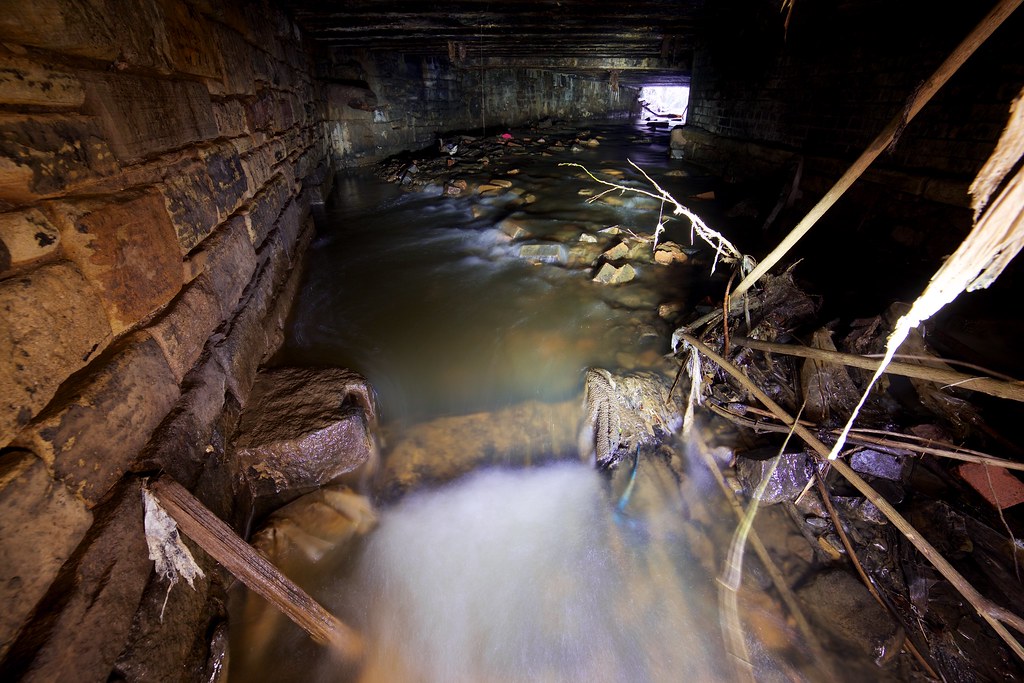 The tunnel changes to stone arch for a bit before it rounds a corner and gets deep quick. 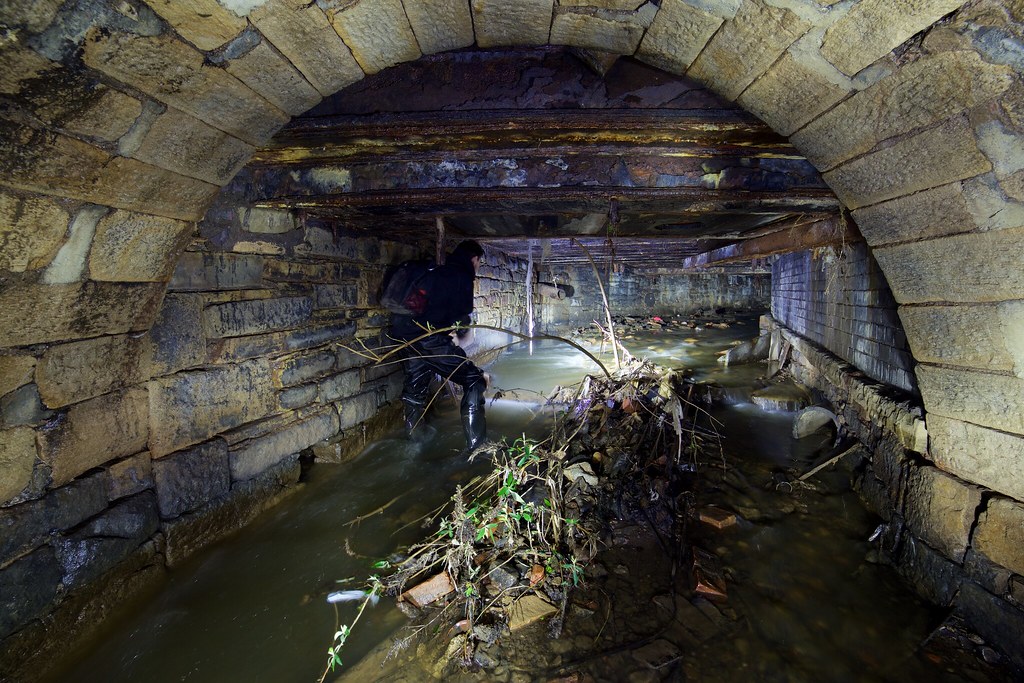 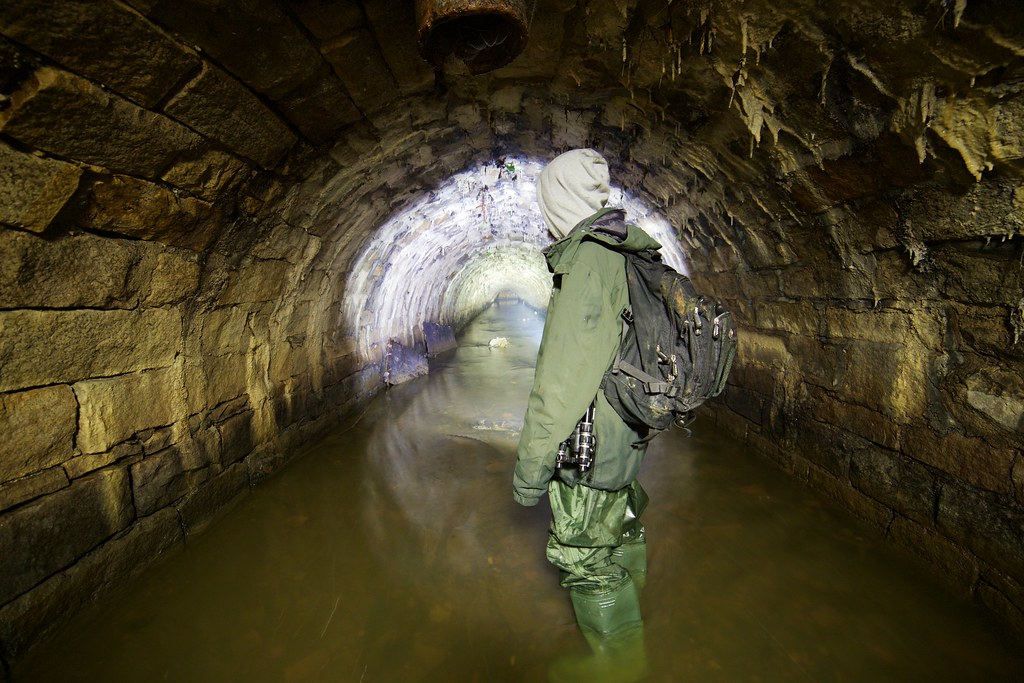 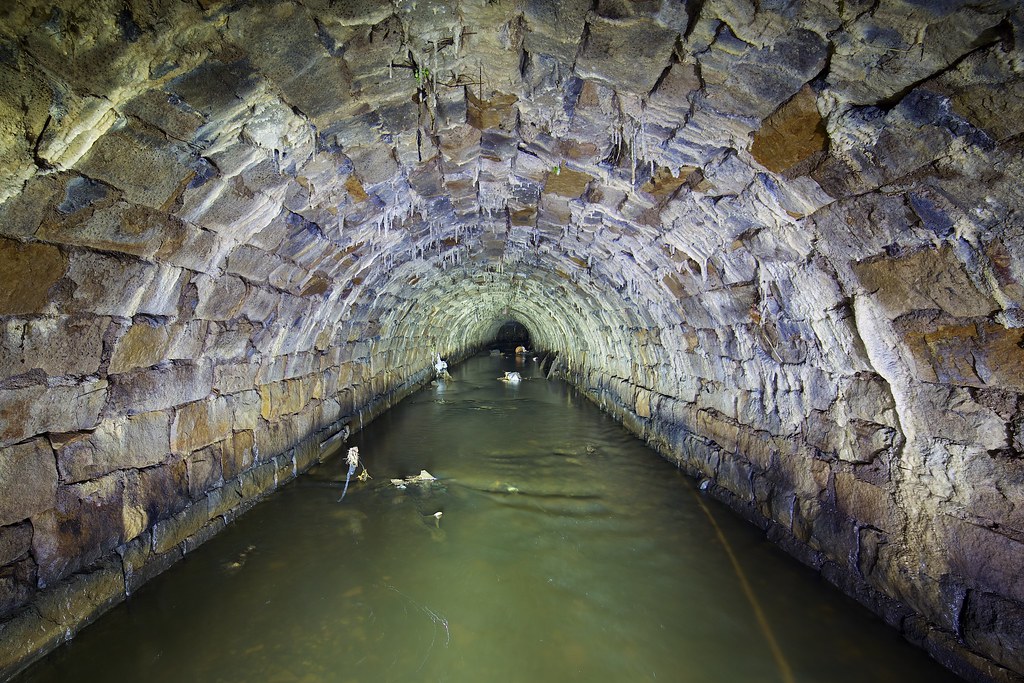 As I inched my way down the tunnel the water came up above waist level before I rounded the corner and emerged into daylight. 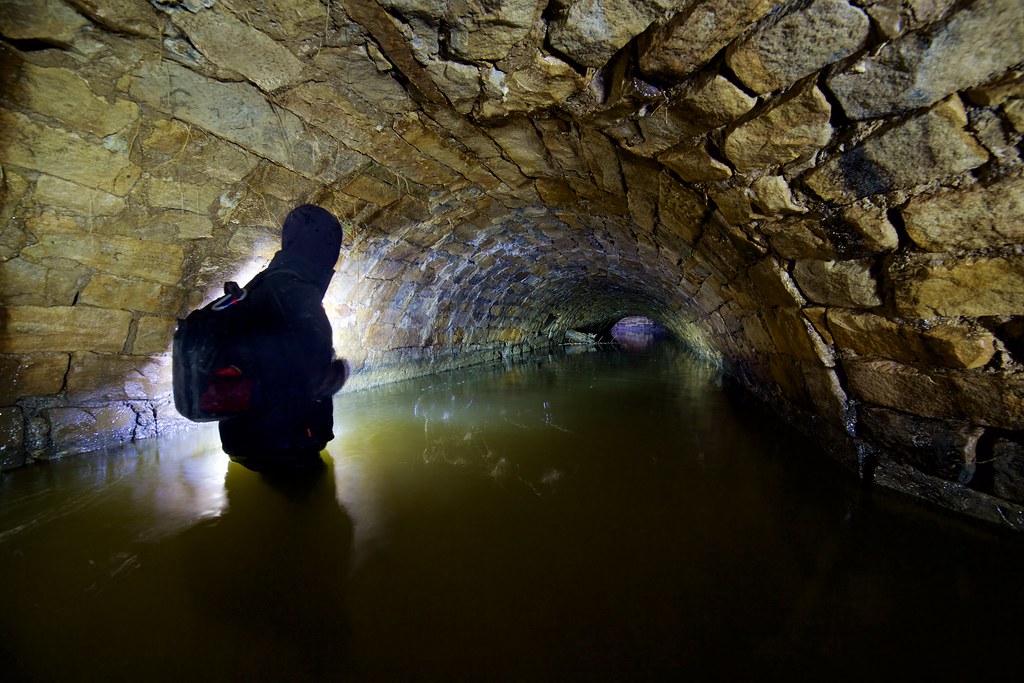 The water had deepened behind a weir in a small chamber with an outside window. It flowed down a stone cascade to a lower section, presumably at the level of the Irwell. Through the window a concrete slab could be seen which formed the roof, albeit an old knackered one seemingly full of holes from the light that could be seen below. 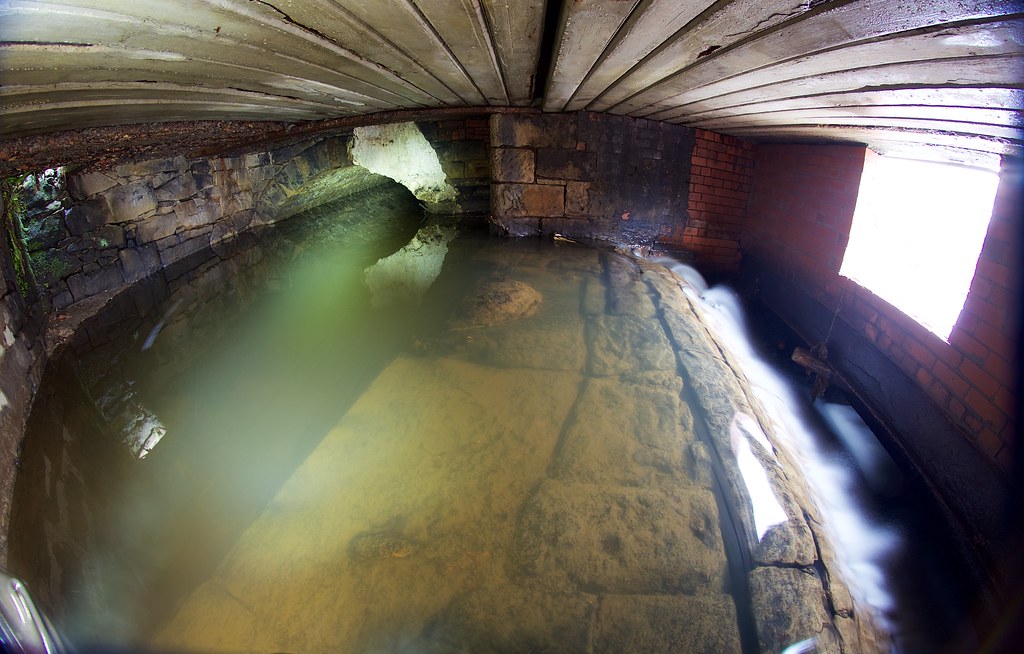 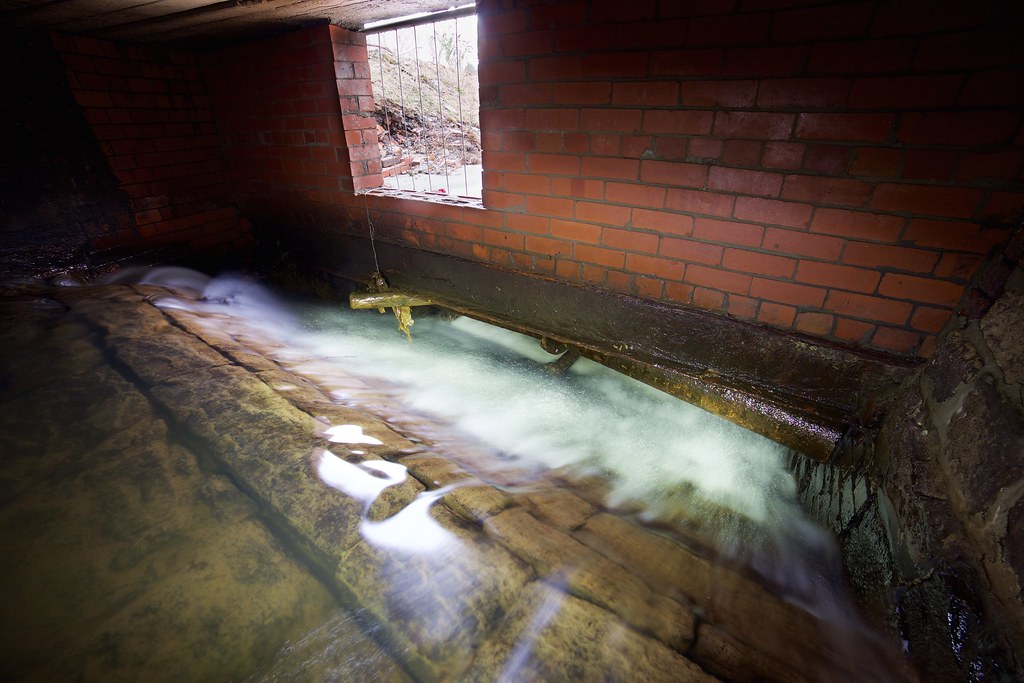 The final stretch remains a mystery for now although I imagine it's just deep and muddy.