The Alden Brook flows in a northeast direction towards Helmshore and enters a stone culvert around 250m long to go under some houses.

It was named 'Scalped Revel Upturn' by Chewy back in 2009, an anagram of Aldens Upper Culvert.

The day I visited it had been raining and the usual placid looking brook was a turbulent torrent. Initially I doubted if it was wise to go in however after dipping a studded boot into the flow it wasn't too bad with careful steps. 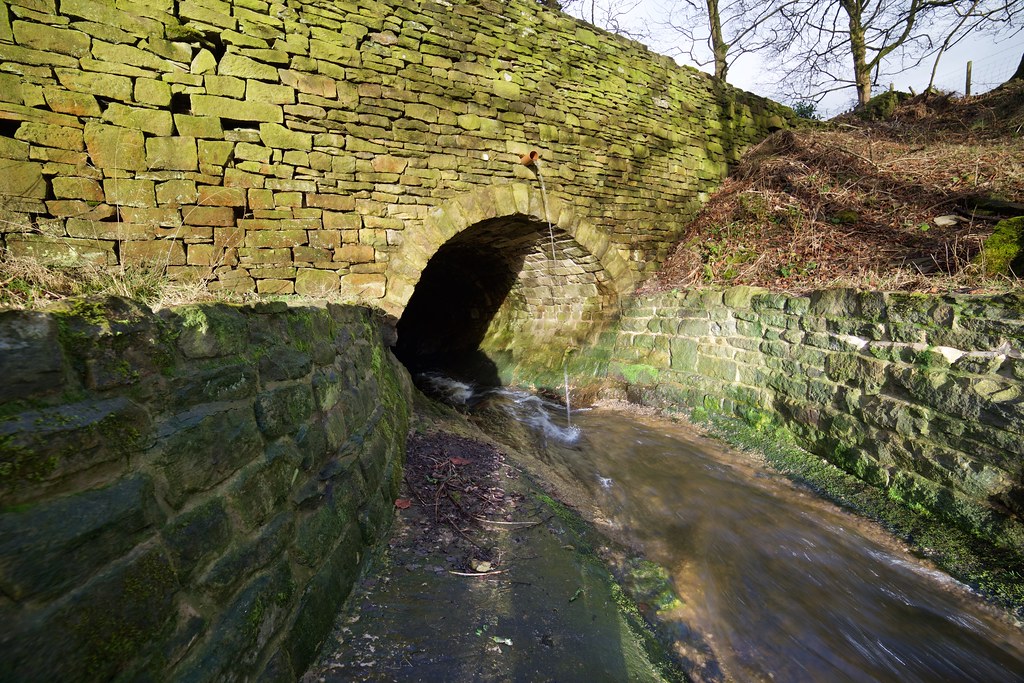 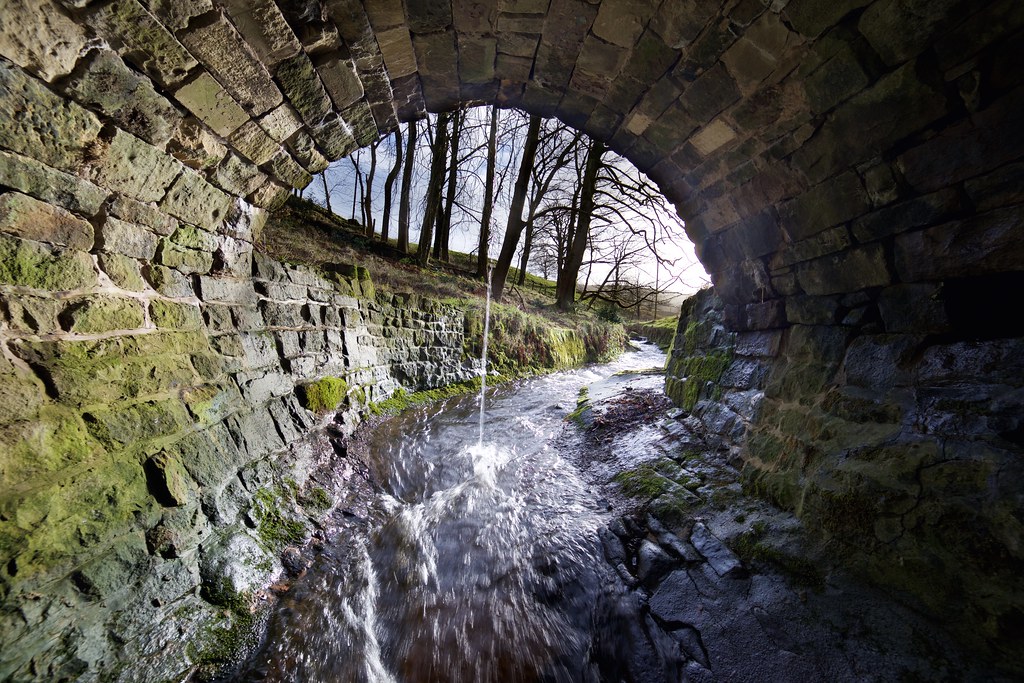 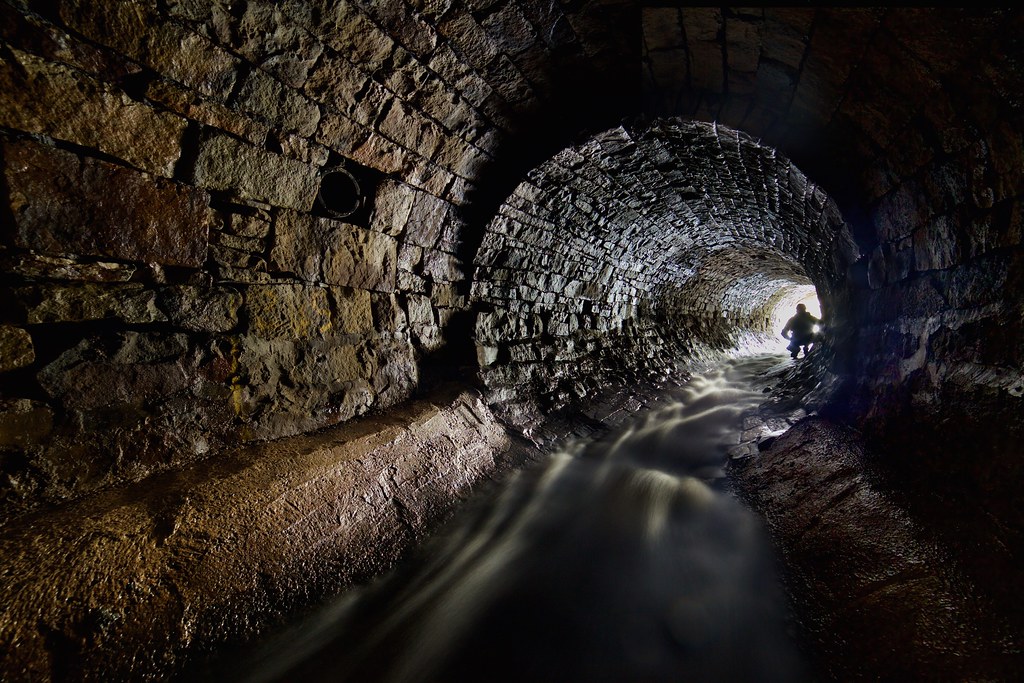 The culvert itself was mostly all stone and standing height. There was a mix of round and arched tunnnel shape, with a few steps and cascades mixed in. 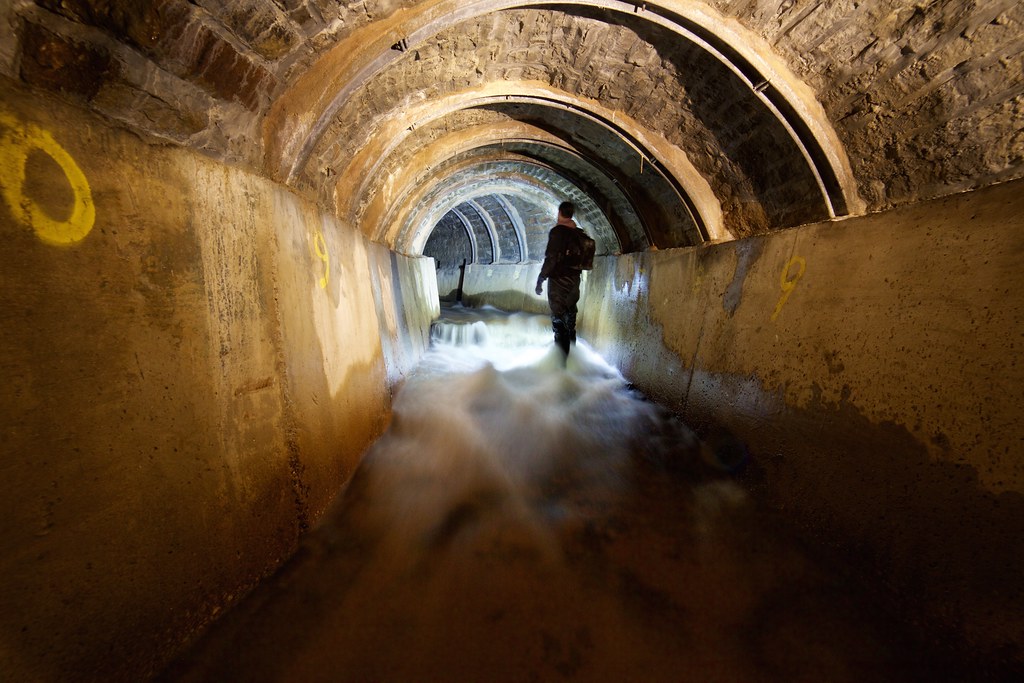 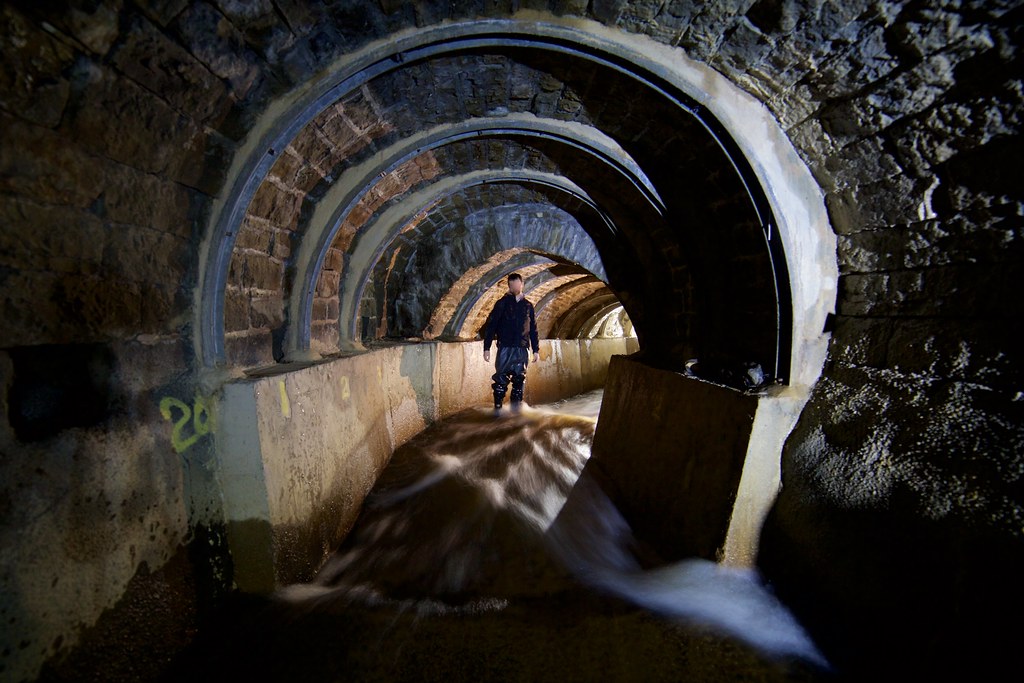 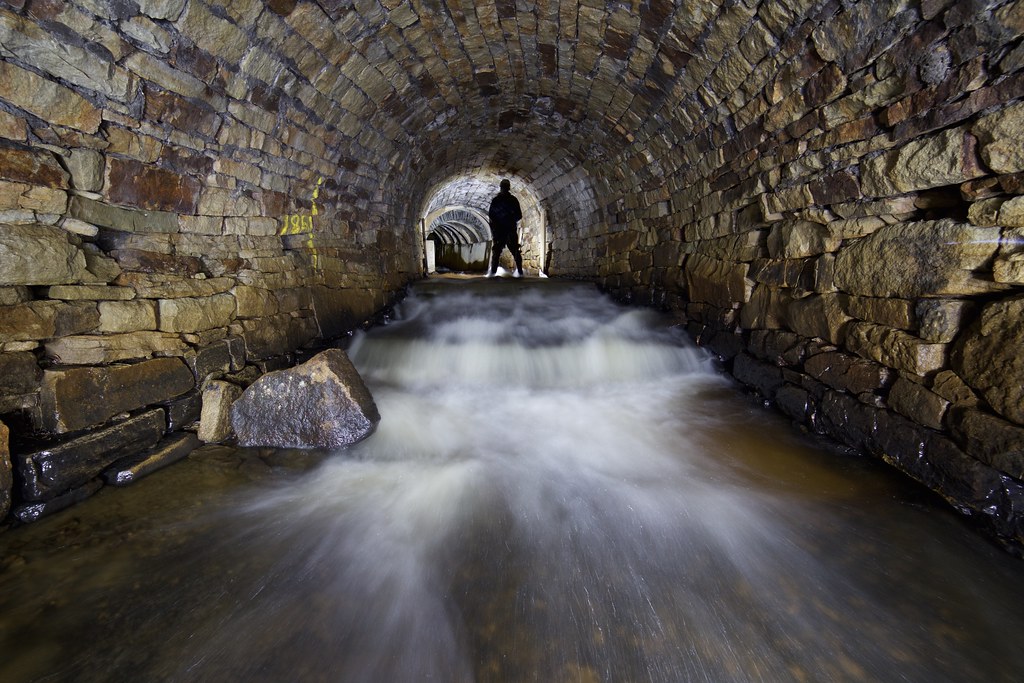 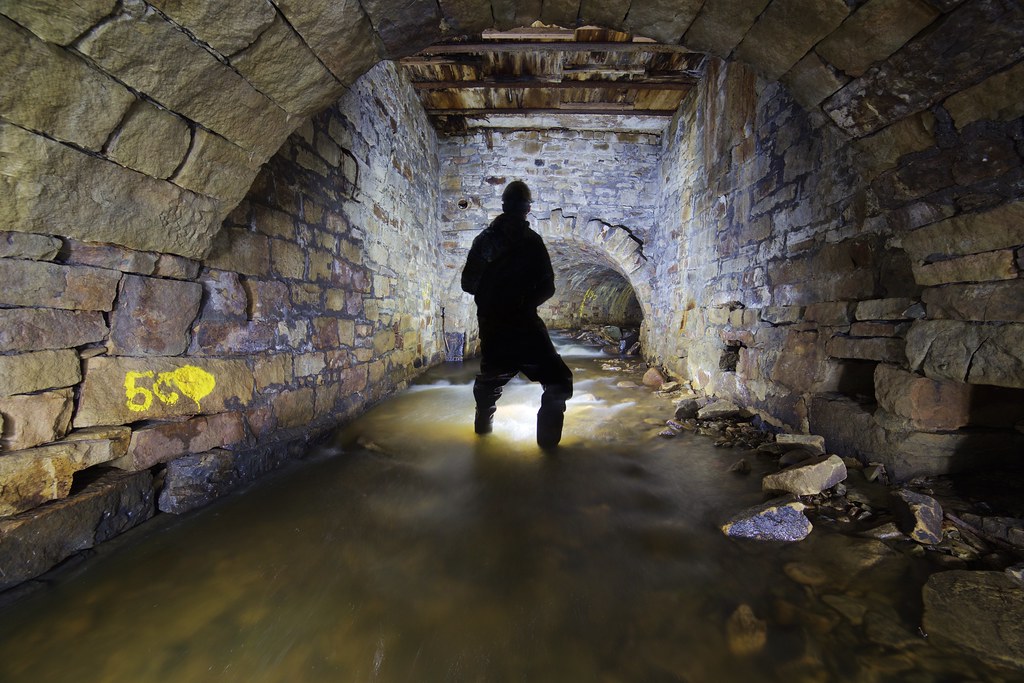 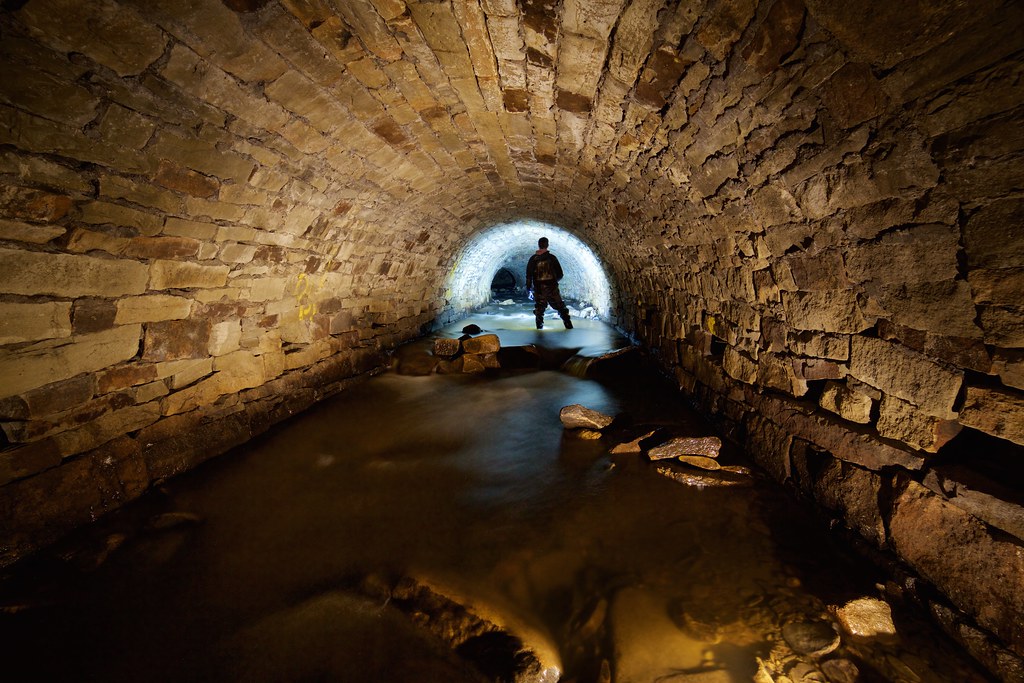 Towards the end was a section with plenty of stone debris underfoot, the heavy flow had transformed it into a long whitewater. 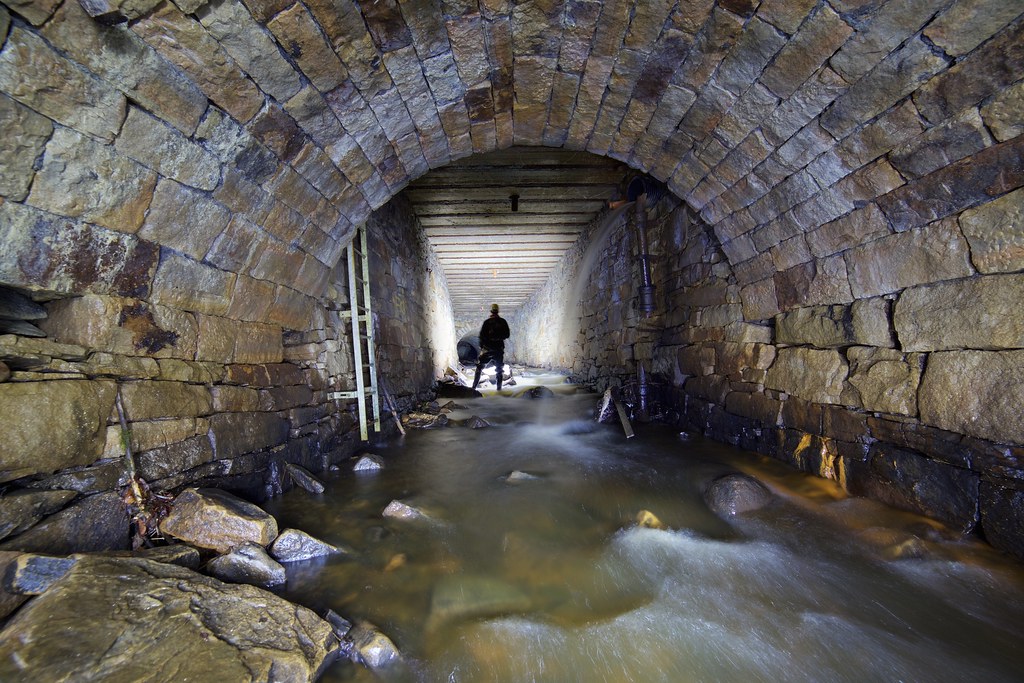 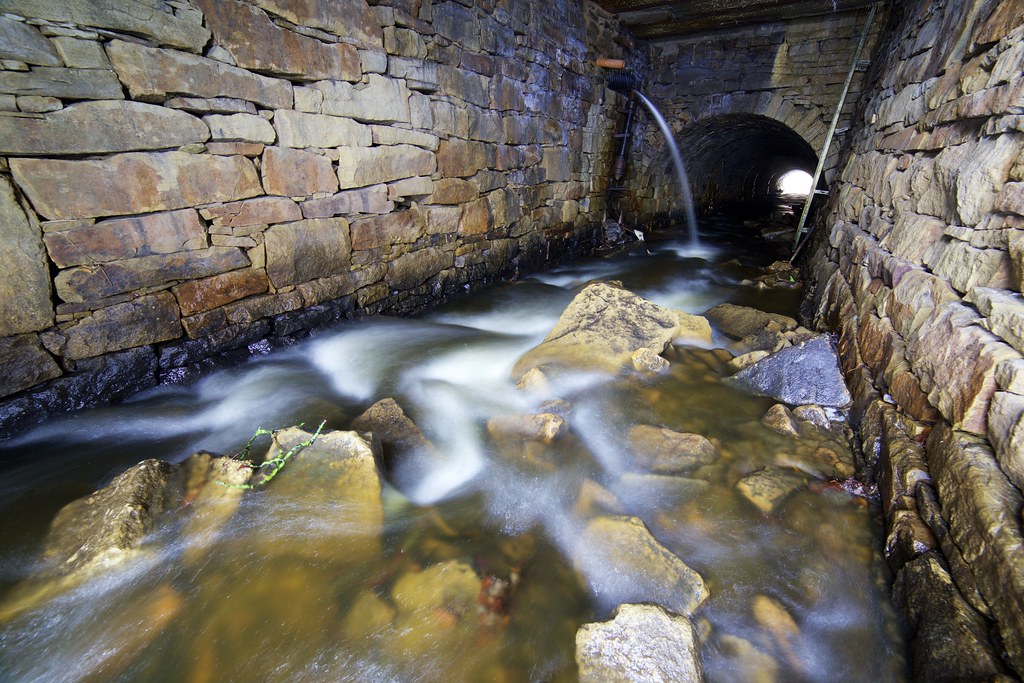 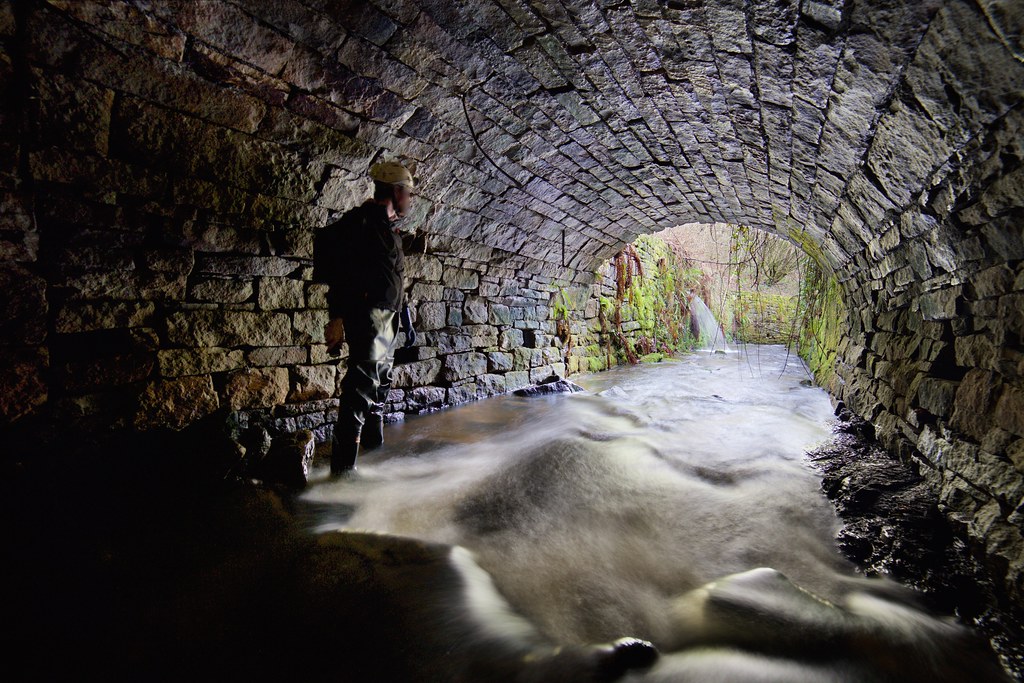