This small culvert carries the Swinnel Brook for around 120m on the northern side of Haslingden.

I'd seen a couple of culverts explored further downstream on this brook and I wondered if there was anything large enough to walk down further upstream.

The brook drops underground beside the Haslingden Bypass in a small concrete channel. 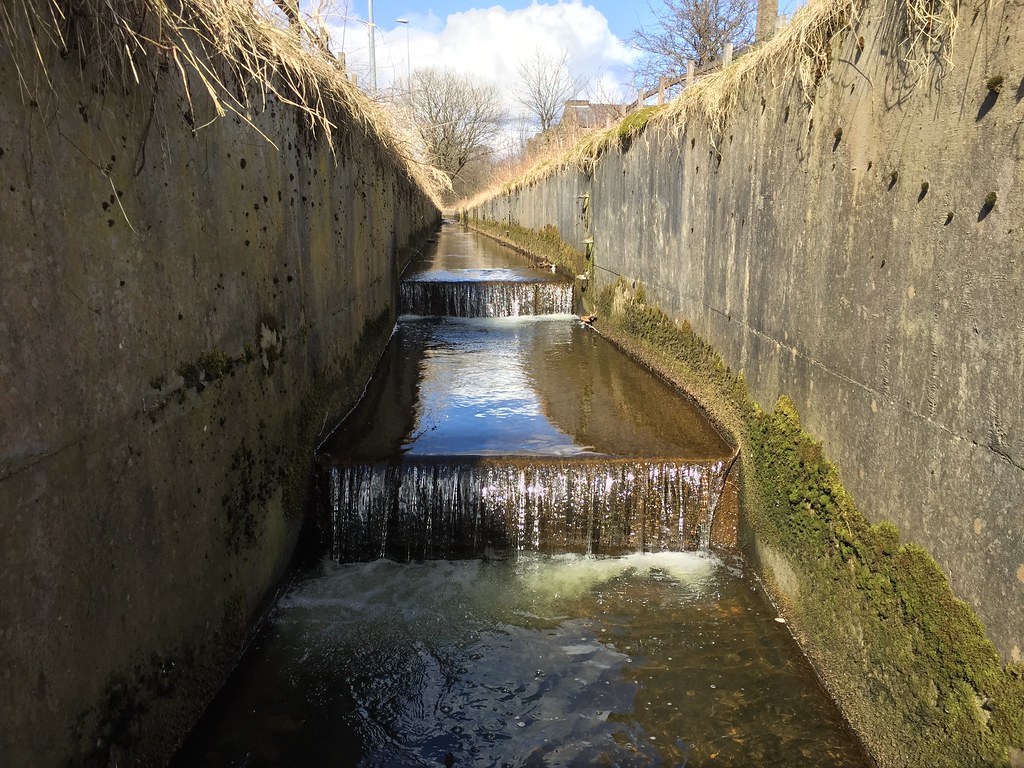 Above ground was a interesting looking fenced off area along the line of the culvert, it turned out to just to have a couple of large steps underneath. 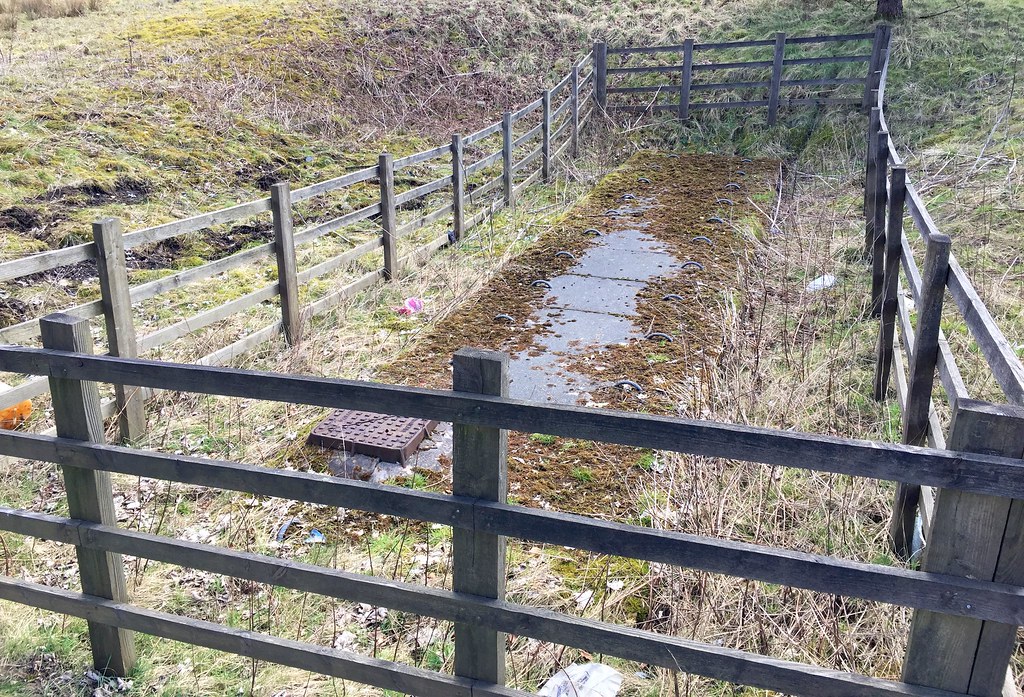 Sometimes when there's a bit of natural light filtering down it makes me wonder if a shot is possible without any artificial lights. It kind of worked this time, as long as you don't look too closely at all the iso grain. 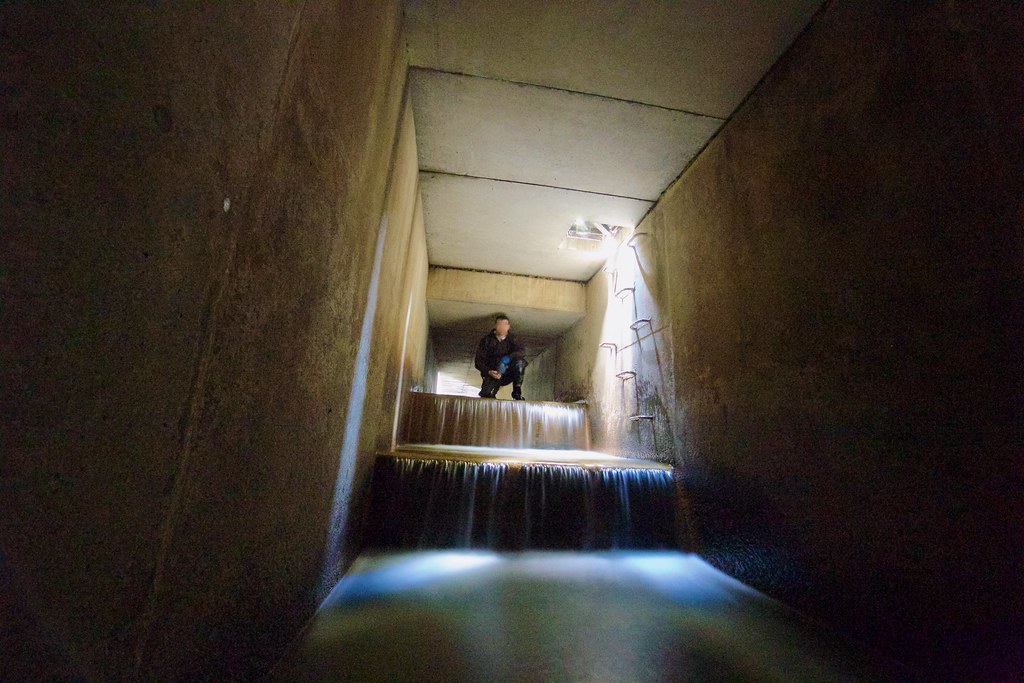 Another small watercourse joins here, after a small inspection chamber the infall grill can be seen in the distance. 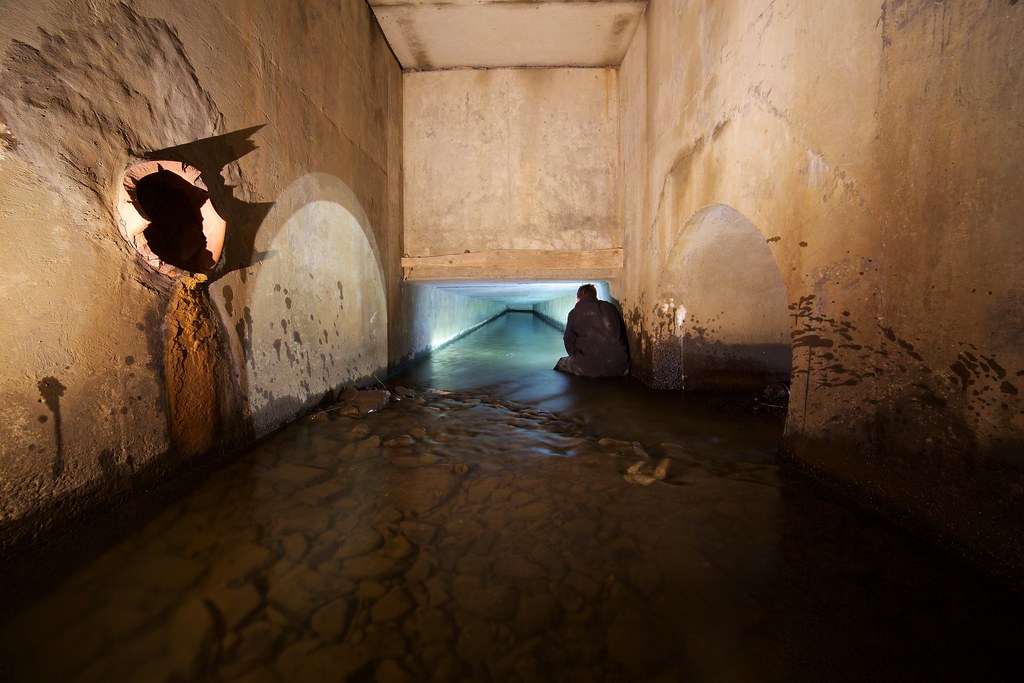 At this point I stopped as it went to horrible low concrete box and approached it from the other side instead. From what I could hear there was at least one other set of steps in the middle bit I missed out. On the other side the concrete box had dropped even lower, leaving only a foot or so above the water.

I didn't bother with a shot there but moving downstream was a section of small stone arch, some more concrete, brick arch and finally it opened up a bit. 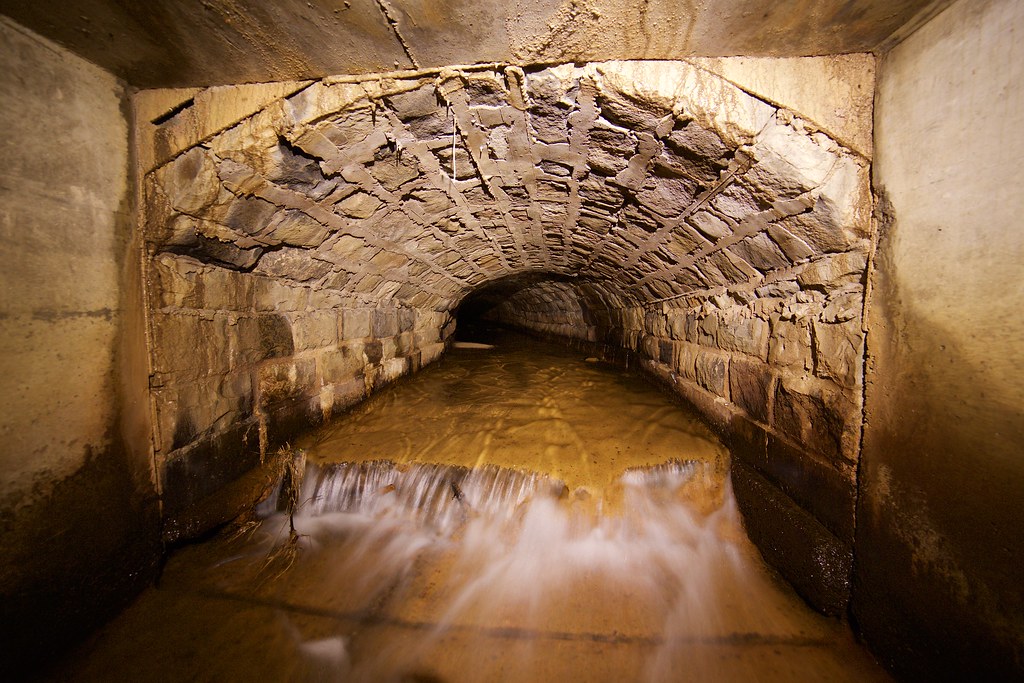 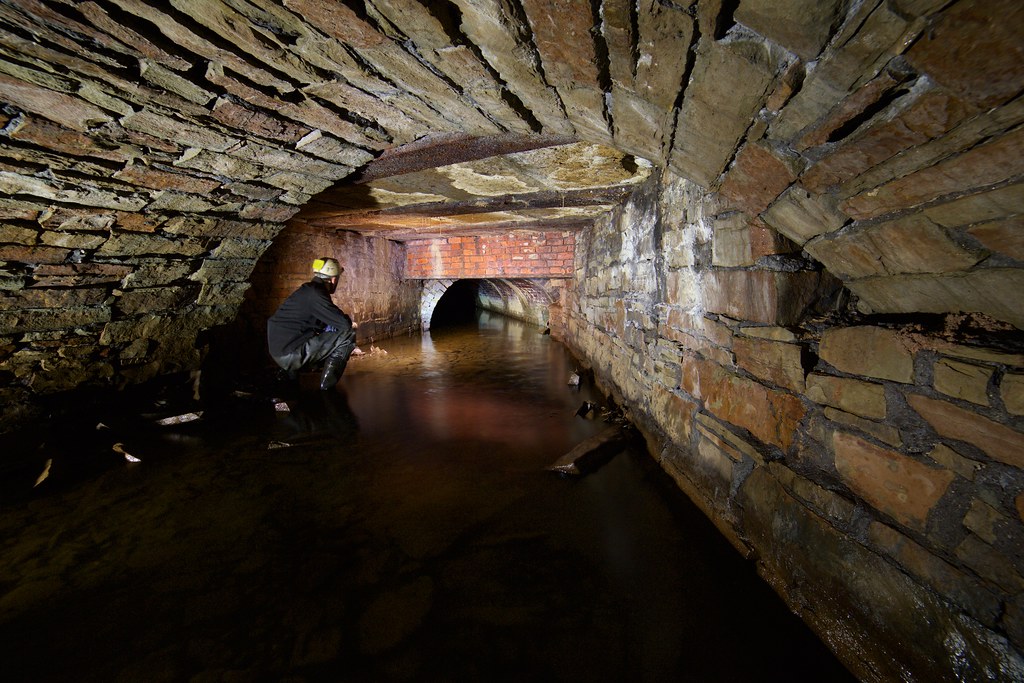 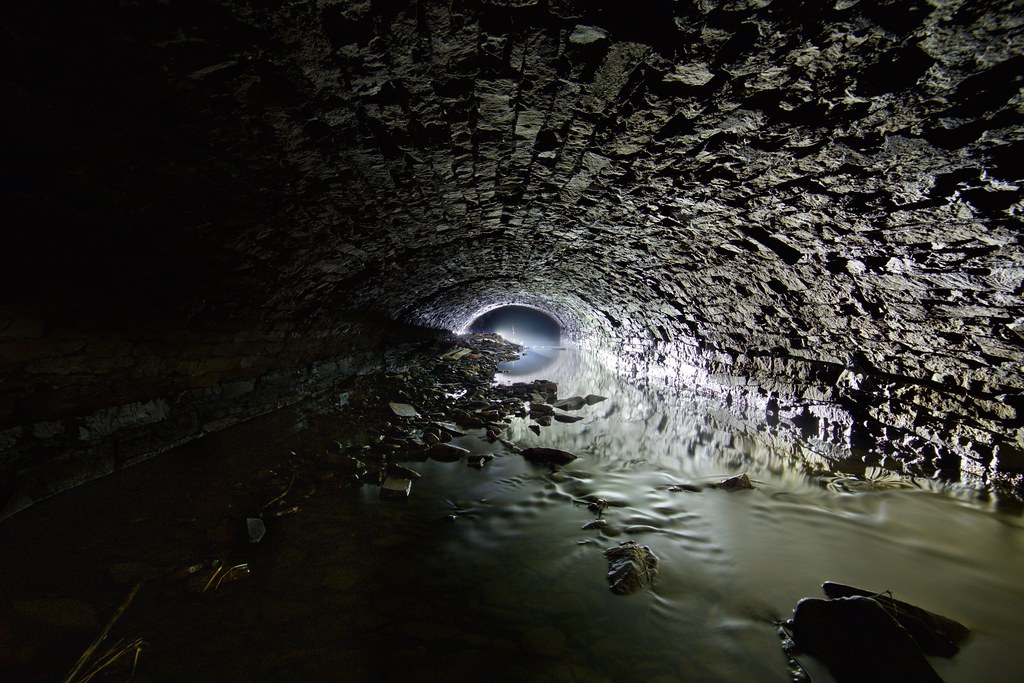 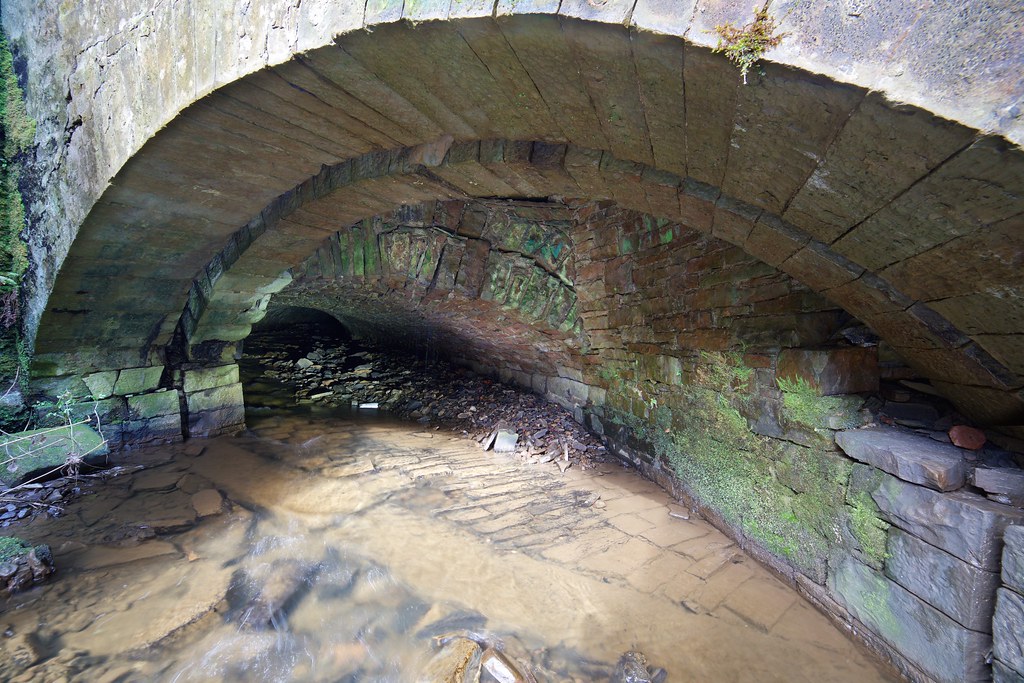 Moving downstream from the outfall the brook disappears into a low culvert under a factory. 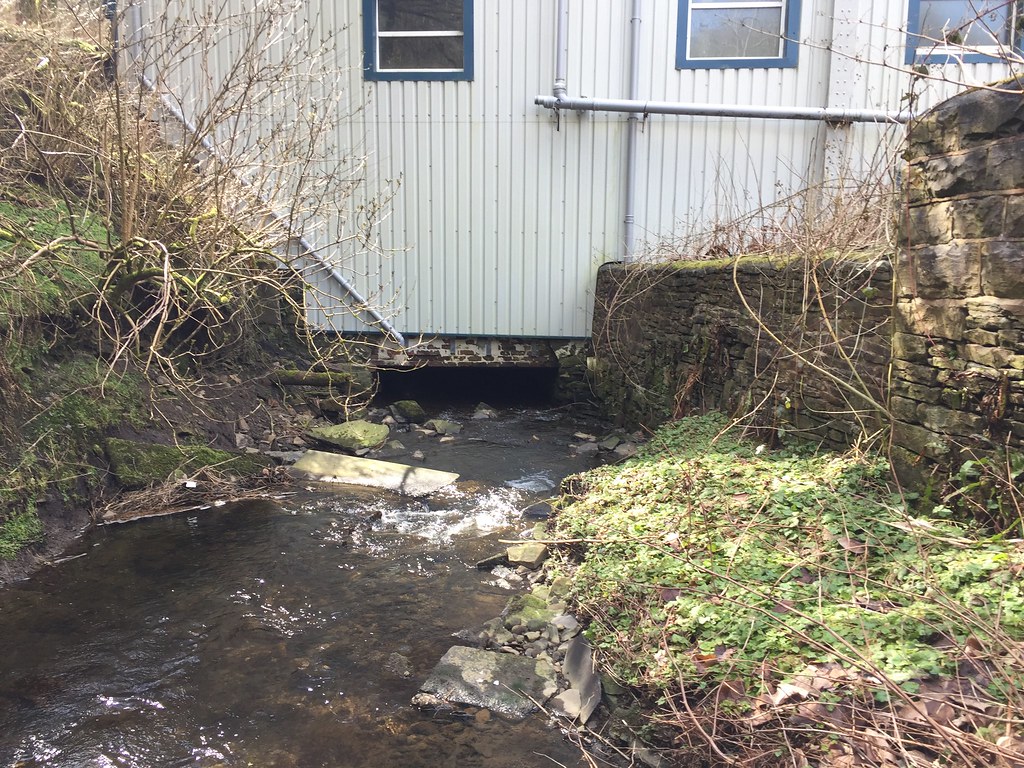 It appears again on the other side as the left hand branch of this double outfall. The right hand branch was too low for me to entertain at that point though on maps it looks to go for nearly 400m. 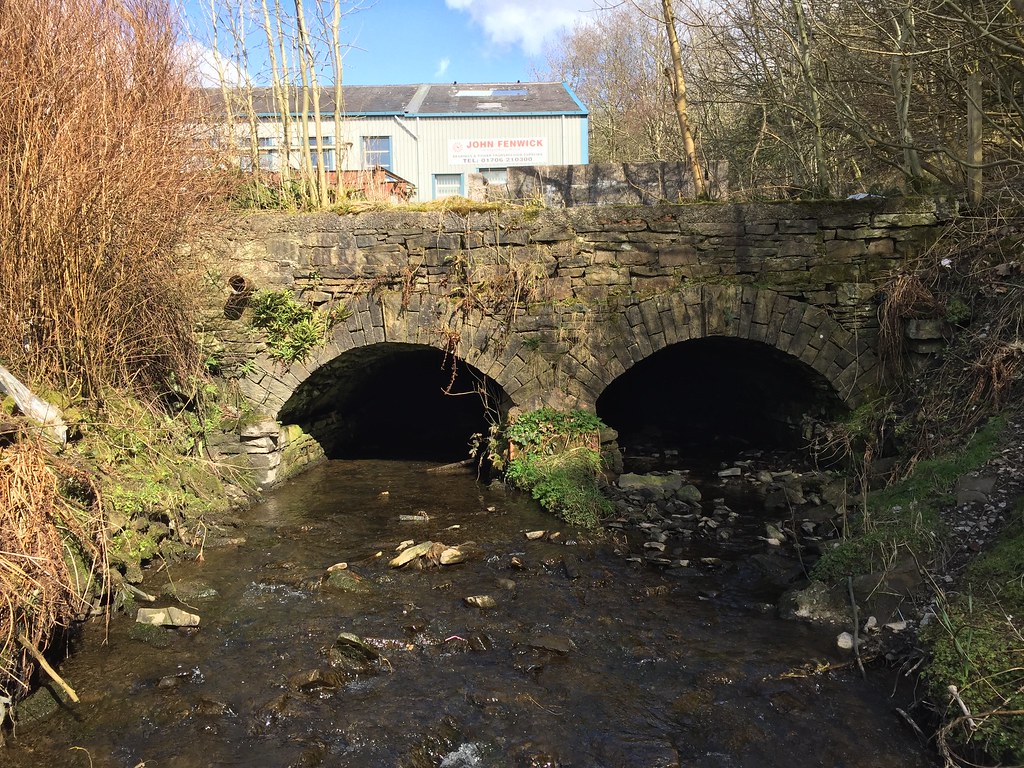 After that were just a couple of small culverts under another business and the main road.