The Limey Water is a river that runs through Rossendale in a number of short culverts, there's quite a fall along it's length and a series of weirs gradually reduces the level.

I started off in a stone arch culvert, it was the longest of the bunch at around 250m. 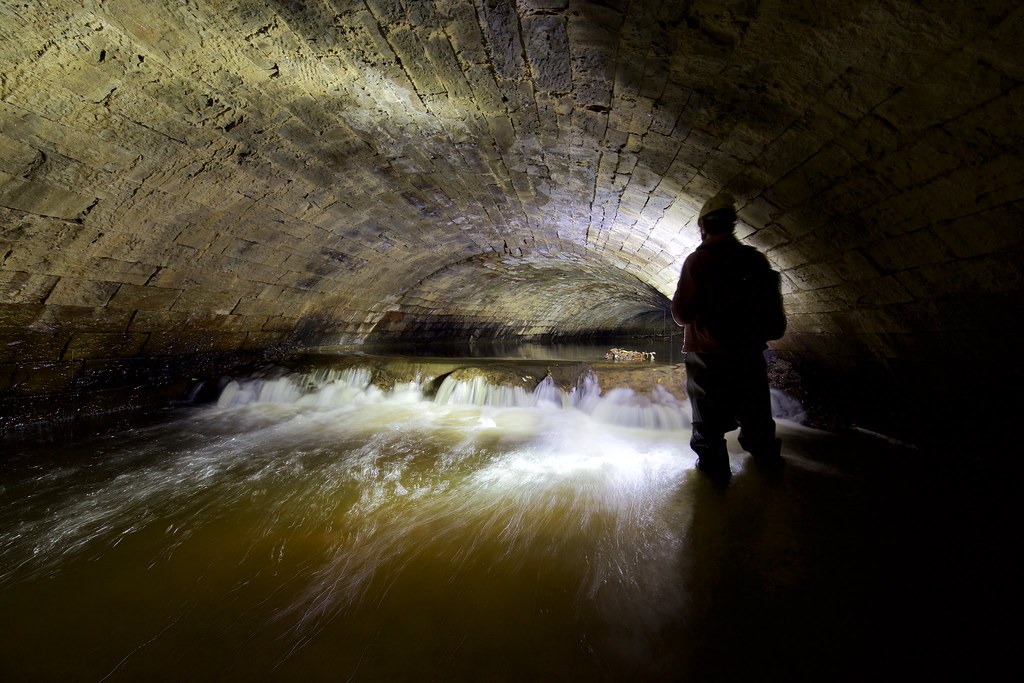 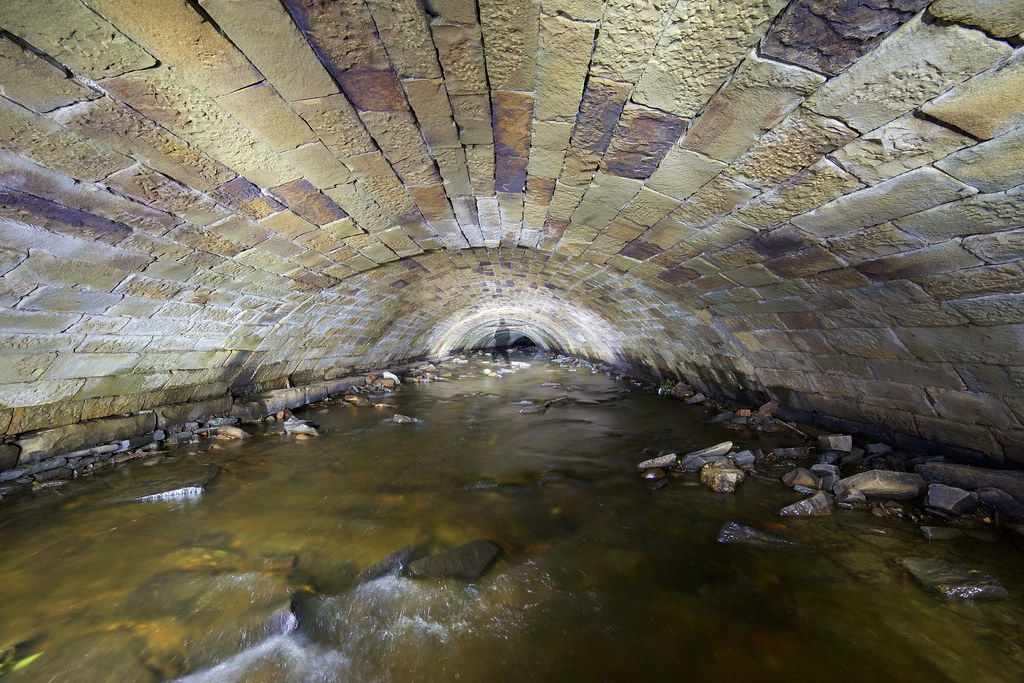 At the end daylight shone in through what turned up to be a rather large collapse under an end terrace house. You could see straight up into what would have been the front room, although it looked to have been used for a small business which had 'cow meat' for sale, who knows what else. 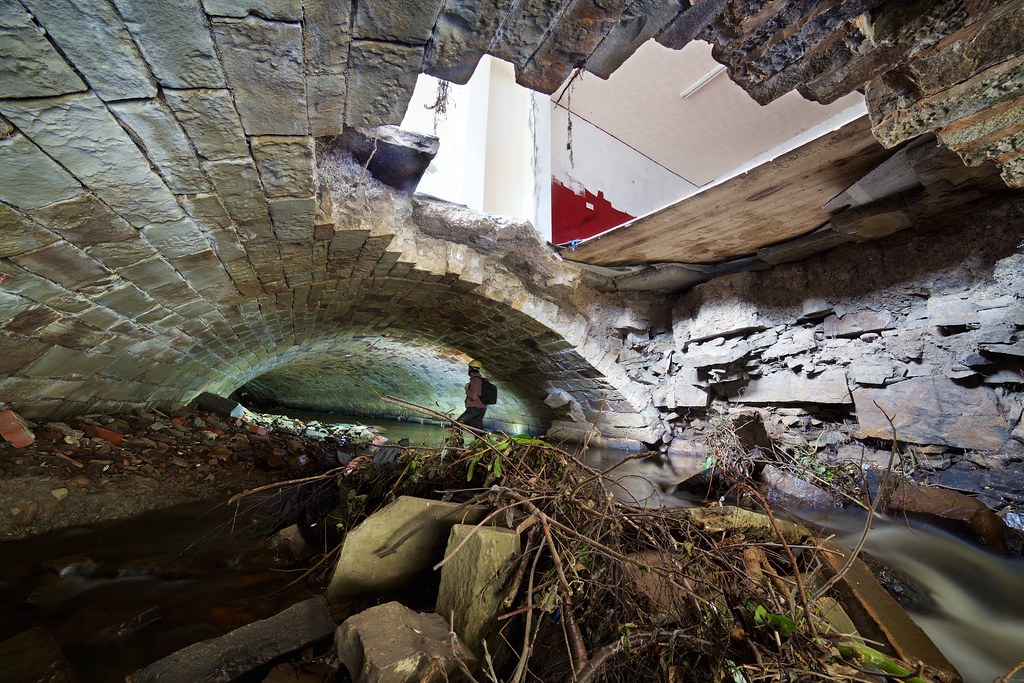 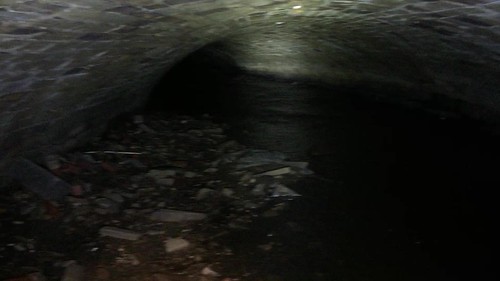 Briefly the river opened to an open air section before the next culvert which had another smaller collapse. 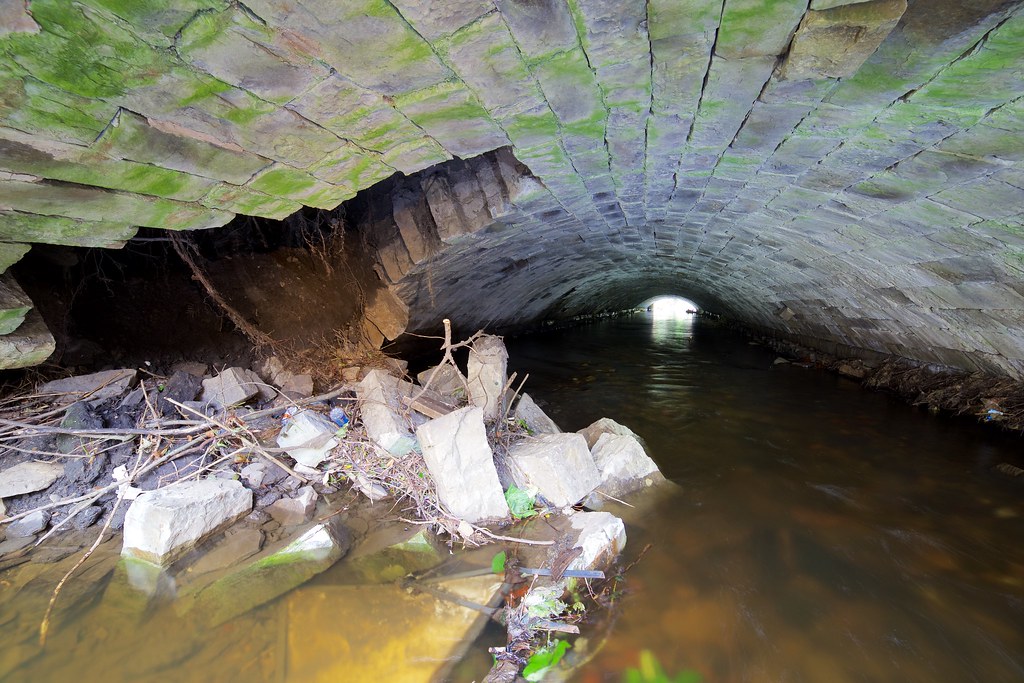 The next culvert had a newly installed wooden roof, people could be heard moving around in the building above. A small brook entered at this point, maps show it goes underground not far from what's shown in the photo. 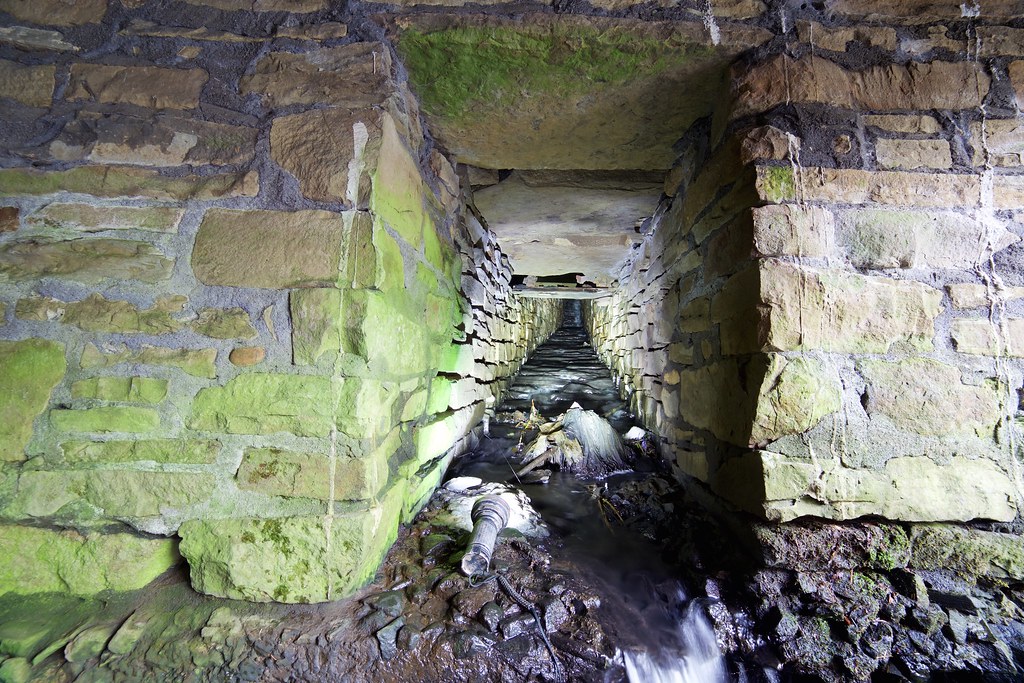 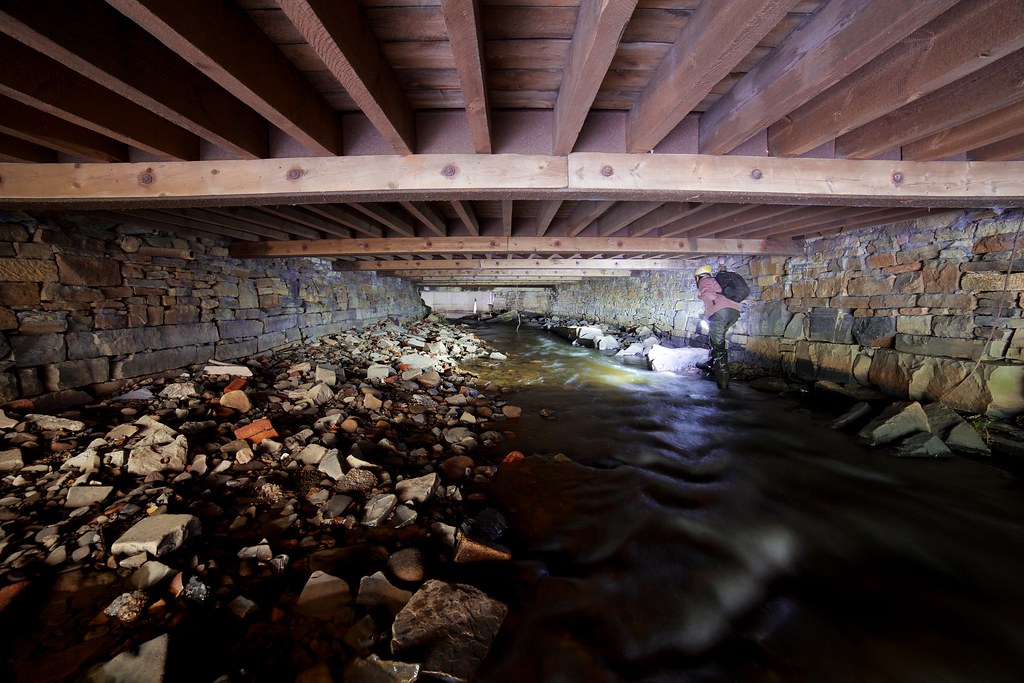 Round the corner and the concrete weirs started, then it was out in the open as a cascade took the river down past Adsa. 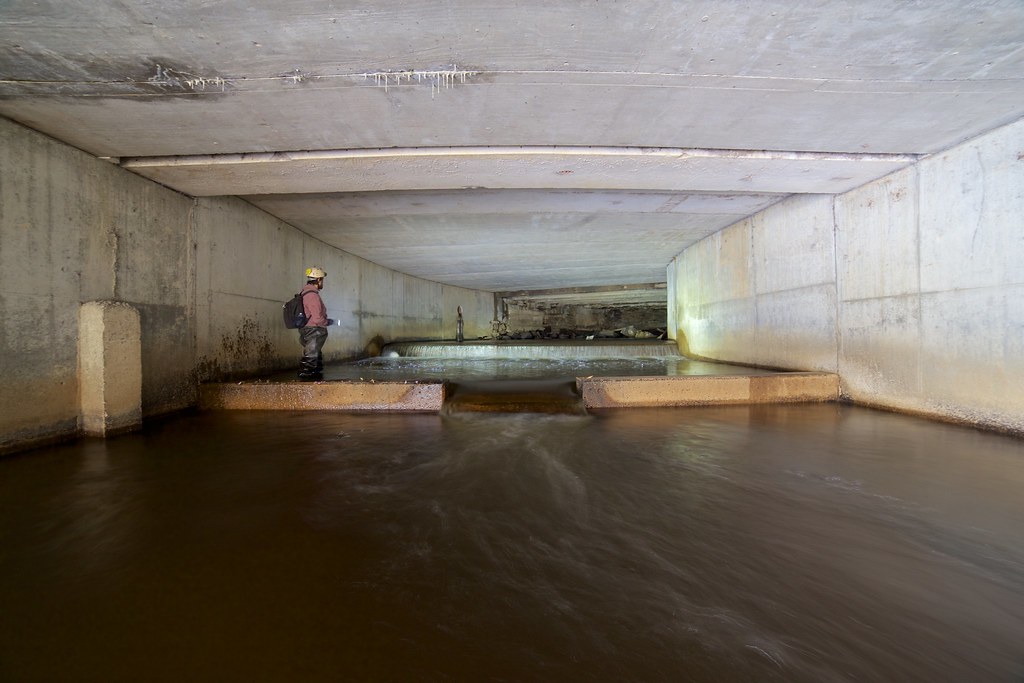 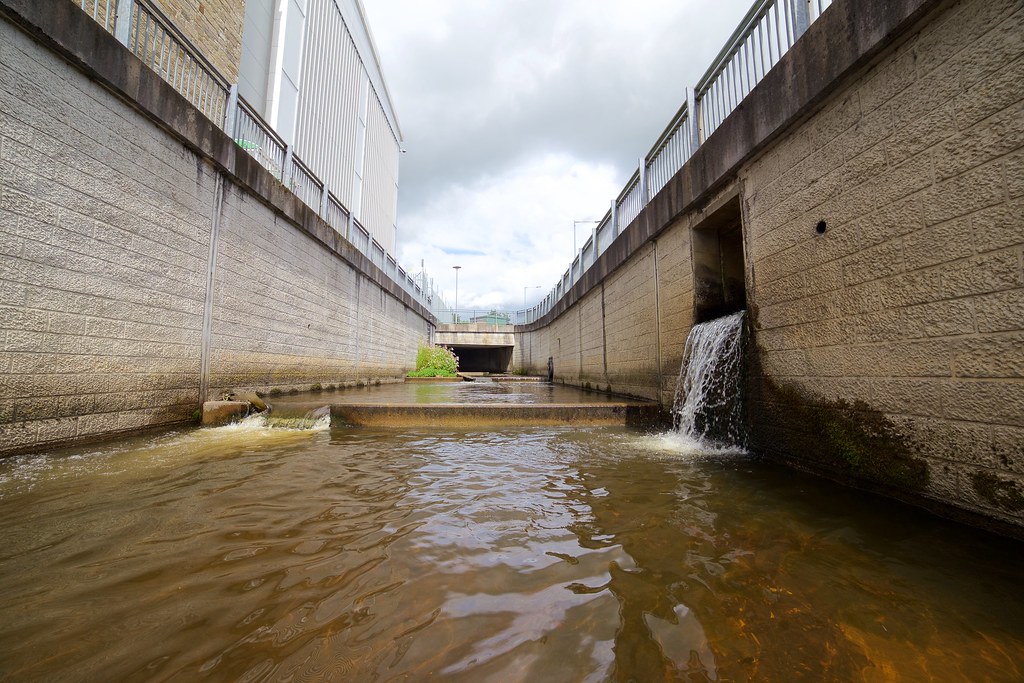 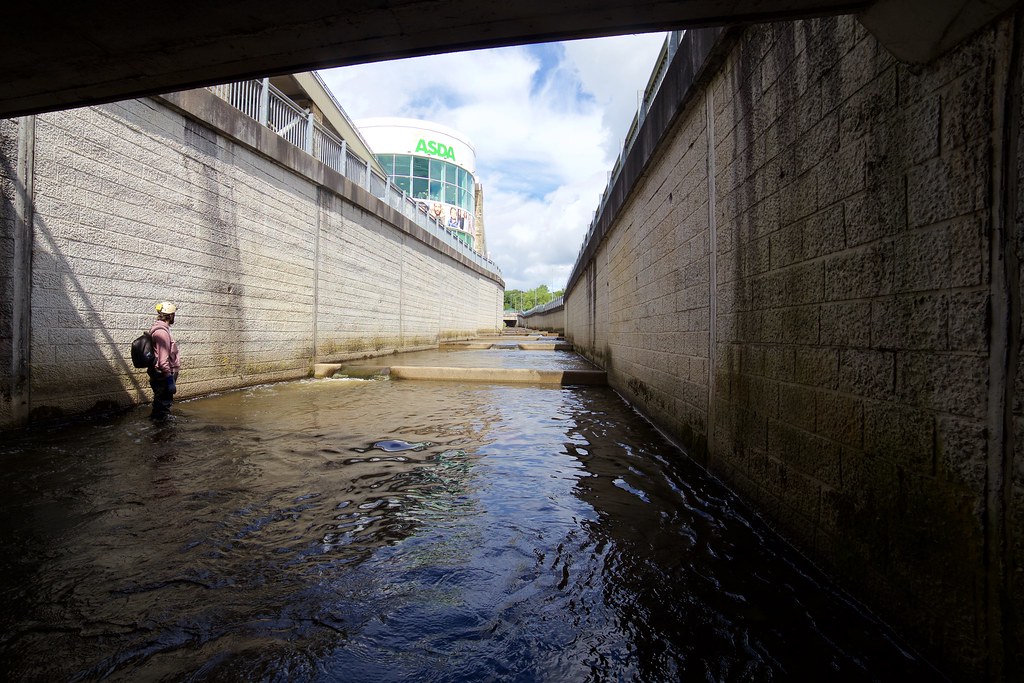 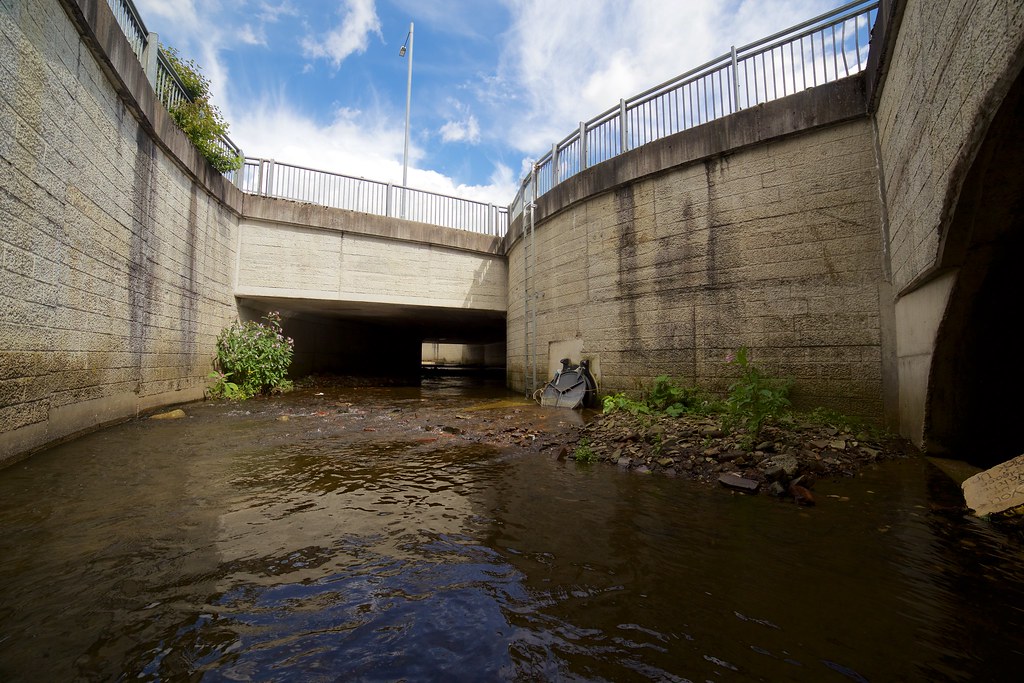 Past a broken CSO flap was the final stone culvert. It was around 150m long and pretty straight forward, a smaller arch joined half way but it had been reduced to a 2ft RCP. 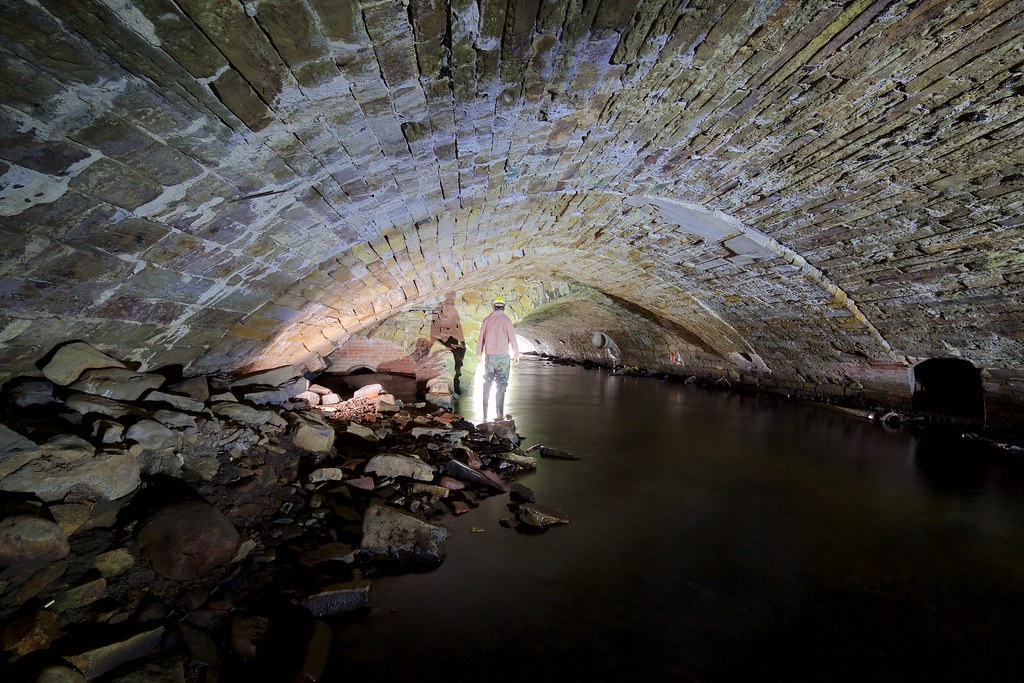 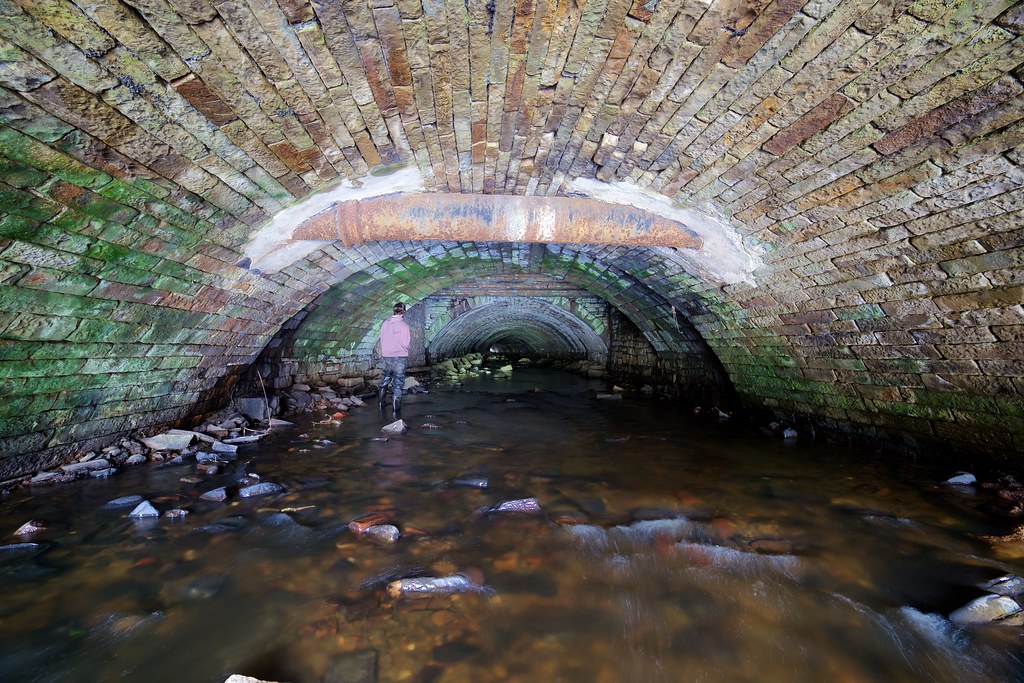 At the end of another open air section was the Limey Water's confluence with the River Irwell. 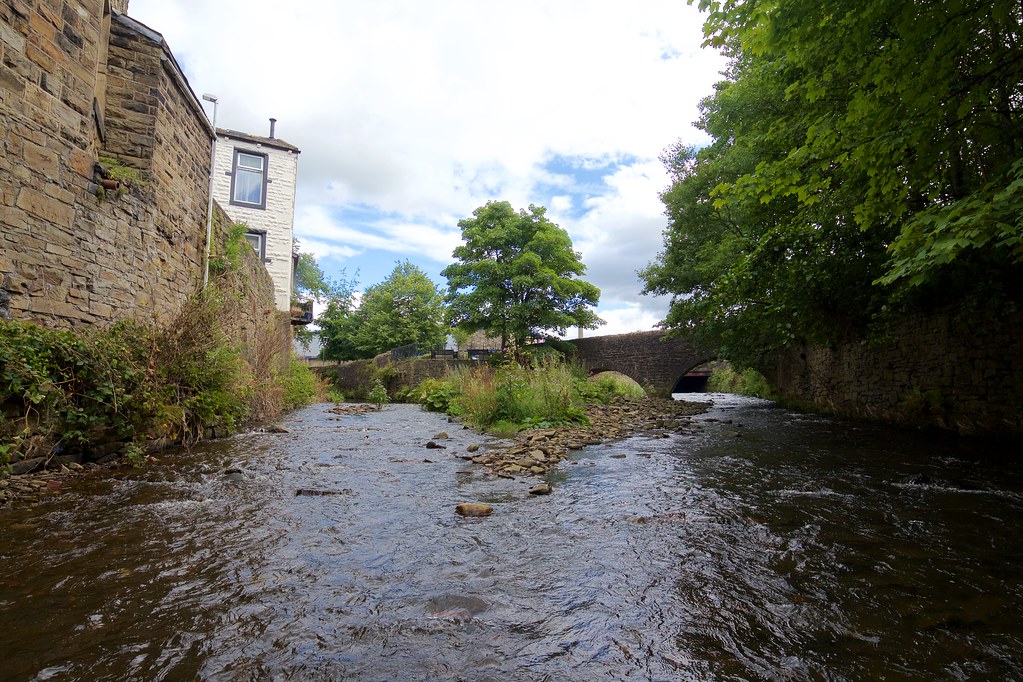