The Moston Brook is formed by the confluence of the Hole Bottom Brook and Bower Brook, both were culverted sometime after 1910. A concrete tunnel was constructed in the 1990s to provide drainage for the M60 with the outfall built alongside the old one. 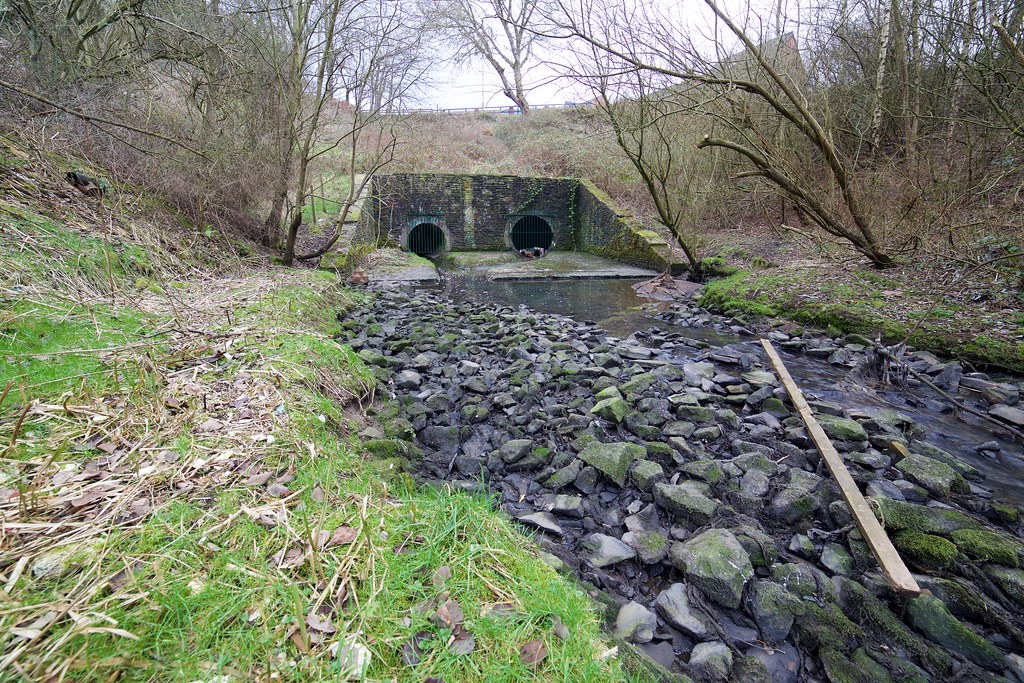 The outfall grills were clean 6 months ago, this time both had an unhealthy collection of jamrags that showed sewers had been spilling heavily upstream. I spent some time with TunnelMon carefully clearing the right hand grill and we made our way into the tunnel. Due to the entry method I took minimal kit and an old crop camera so the photos aren't the best. To make things worse the lens I was using broke halfway so I couldn't change aparture or focus. 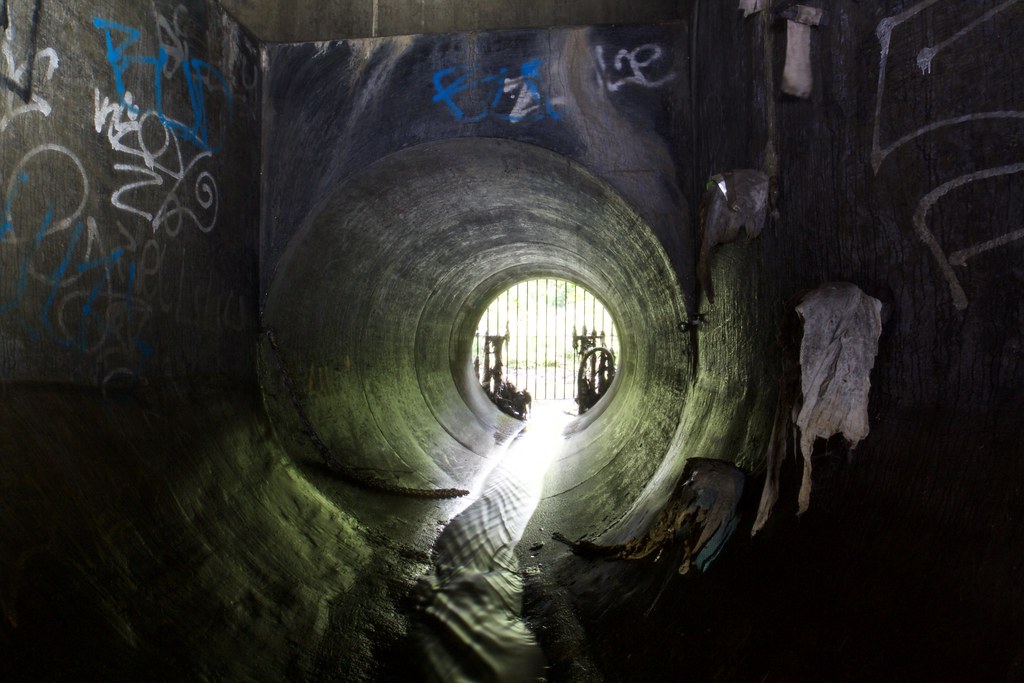 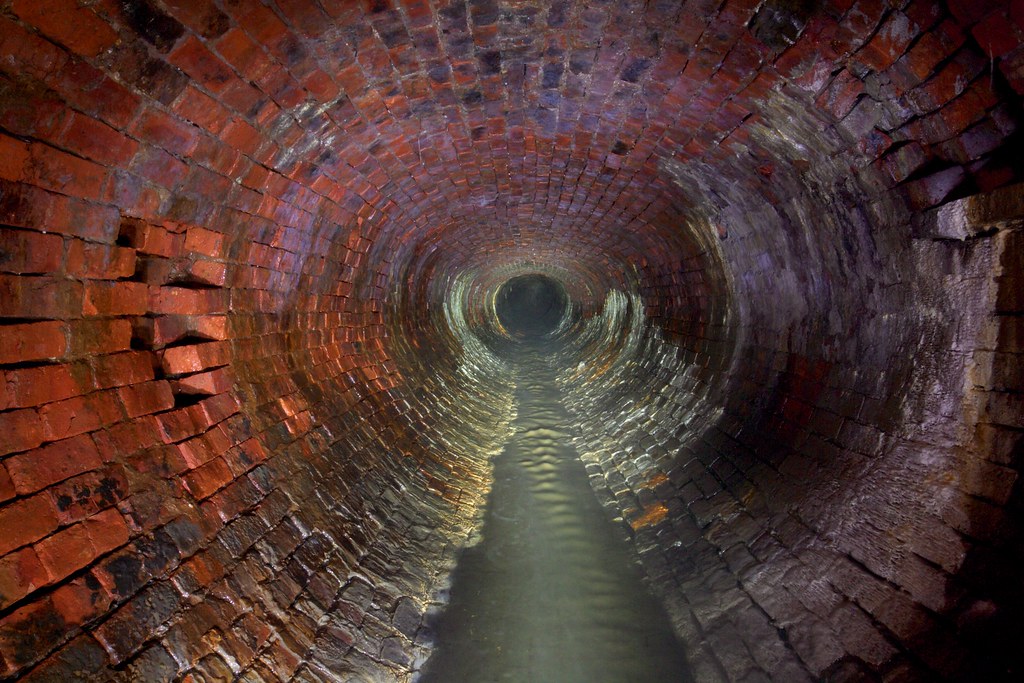 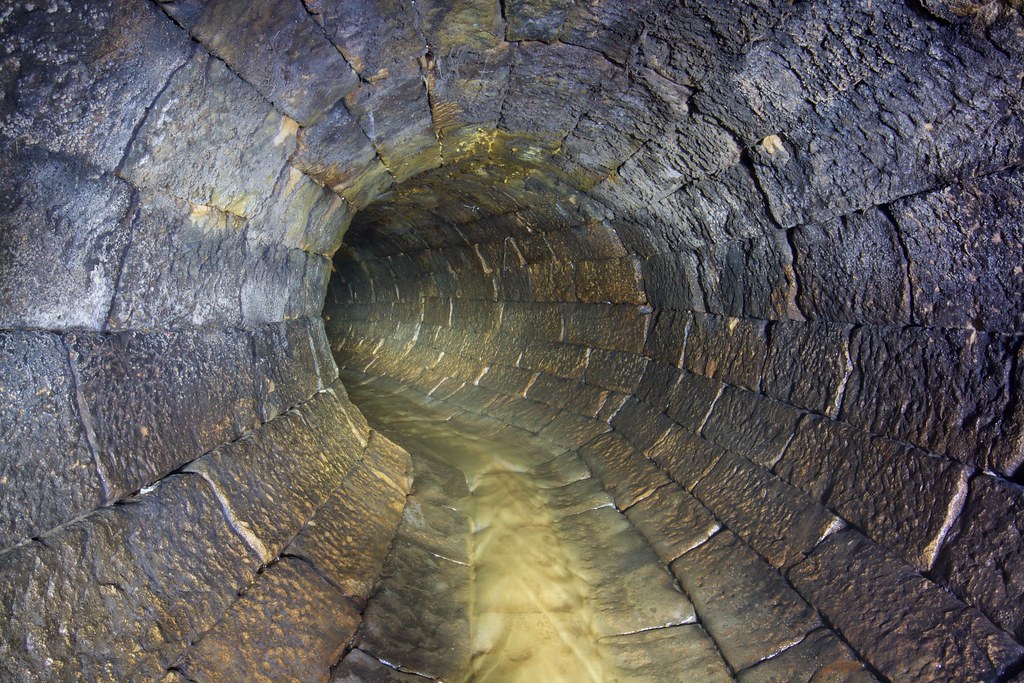 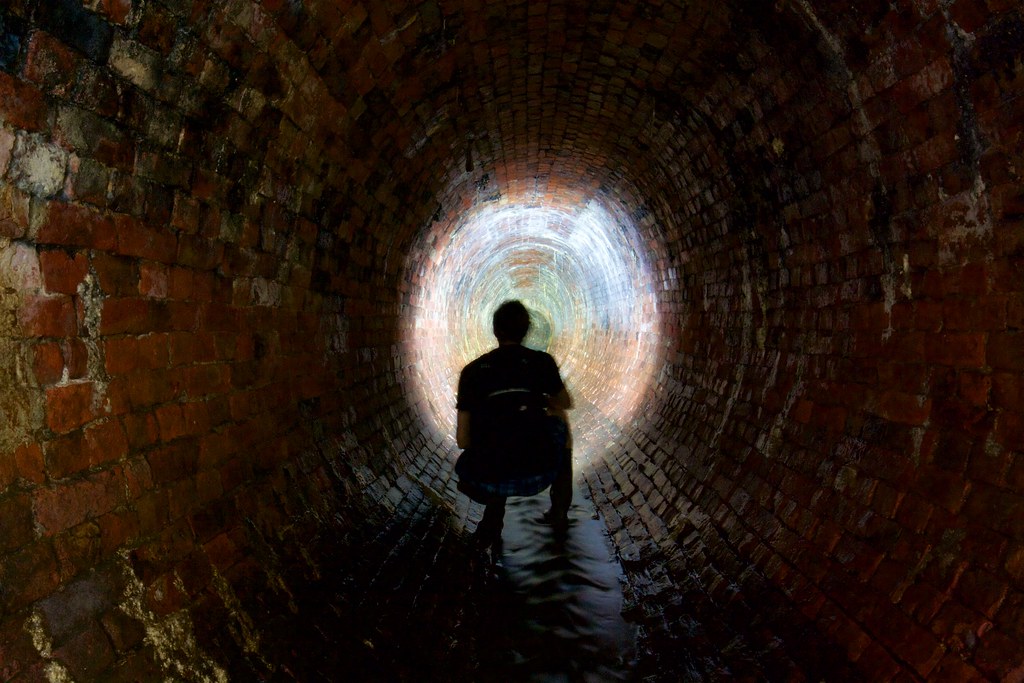 After a brick tunnel on the verge of collapse, a stone section, more brick then a concrete U shaped tunnel we came to the infall for the Hole Bottom Brook. This is backed up behind the infall grill by around a meter and in dire need of unblocking. 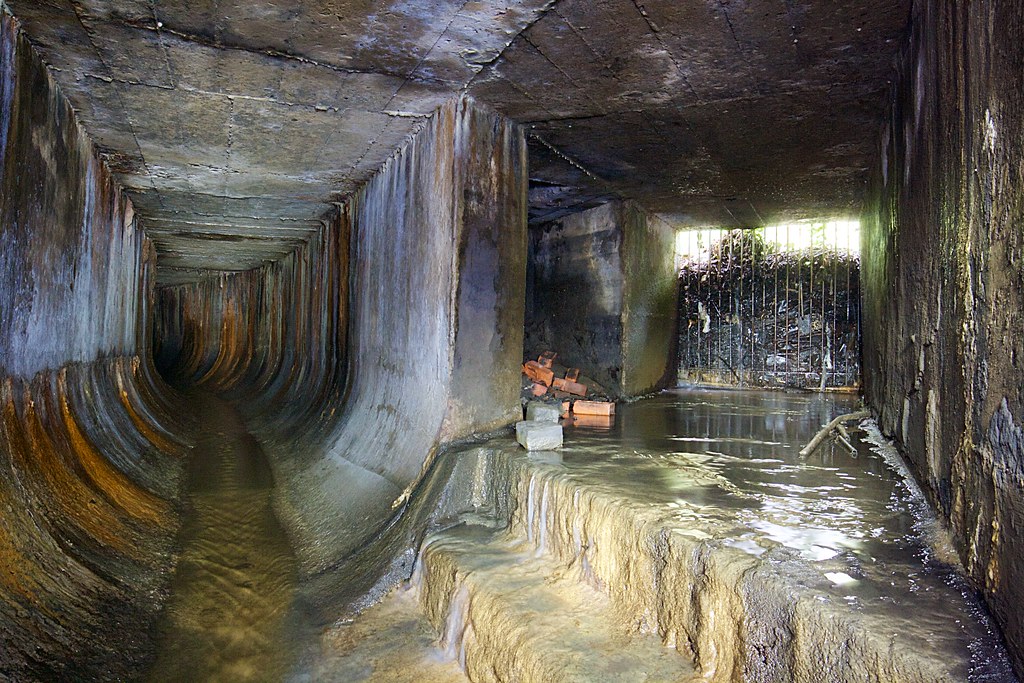 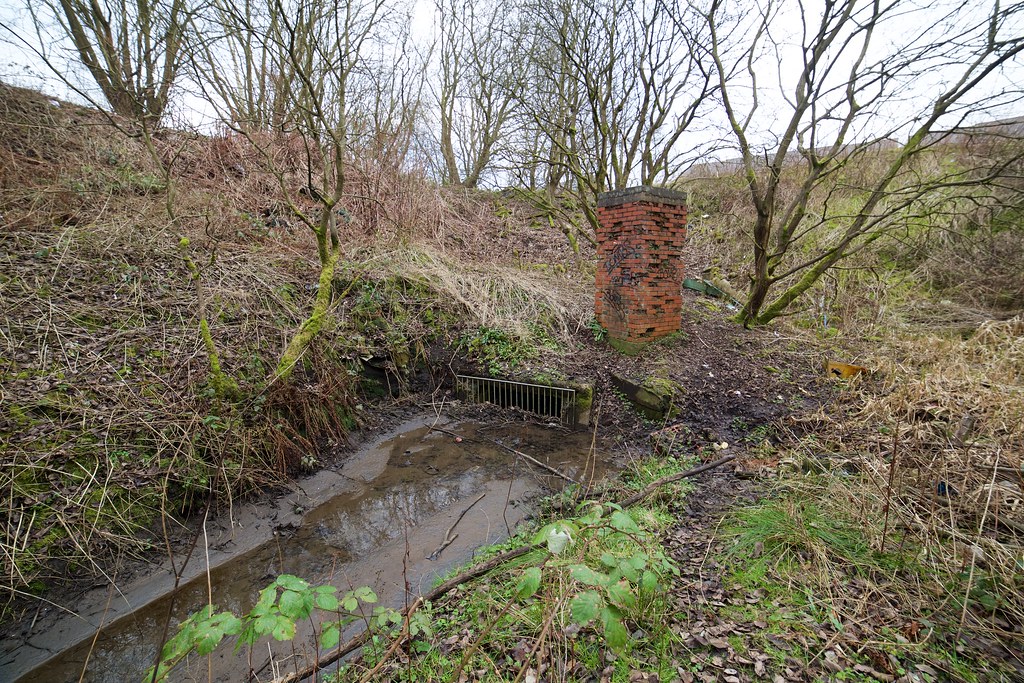 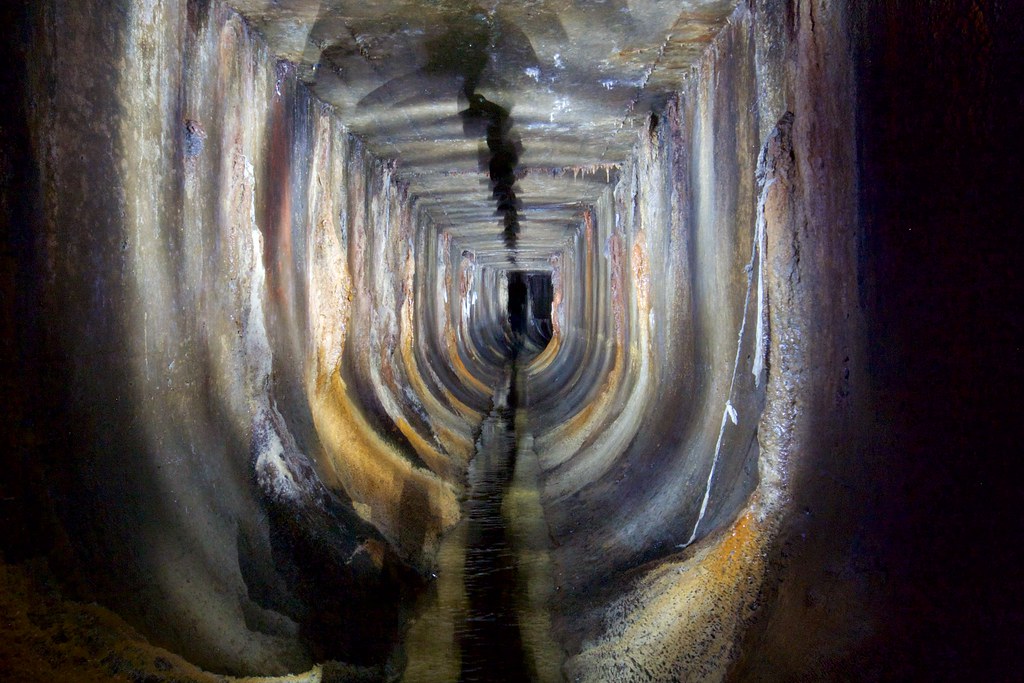 A side pipe contributed around half the flow and a load of warm air that was the cause of intermittent fog downstream. 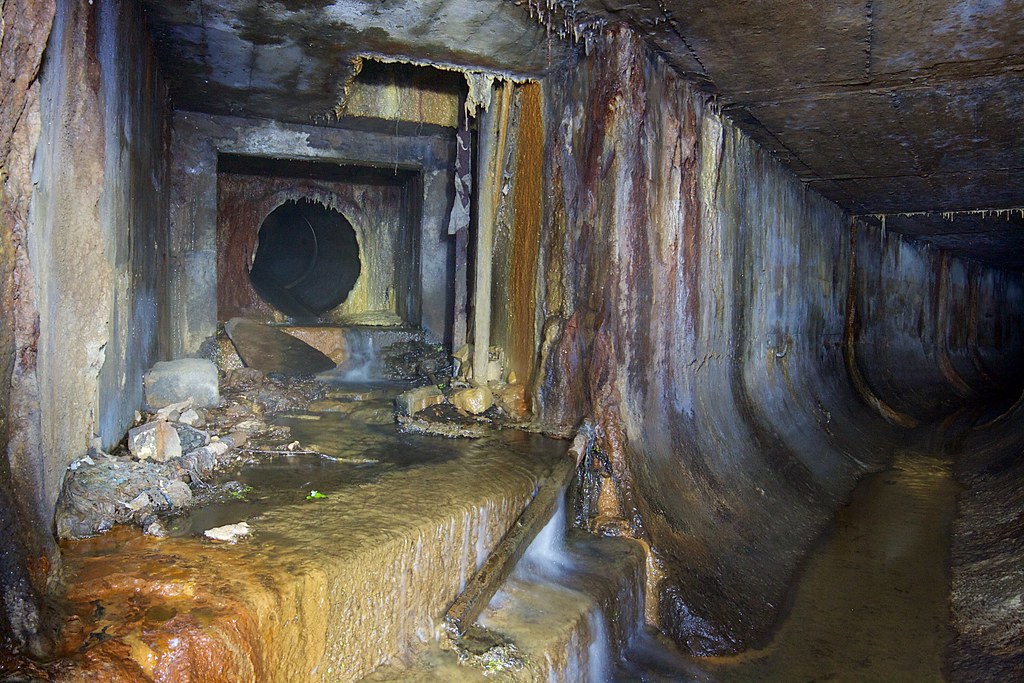 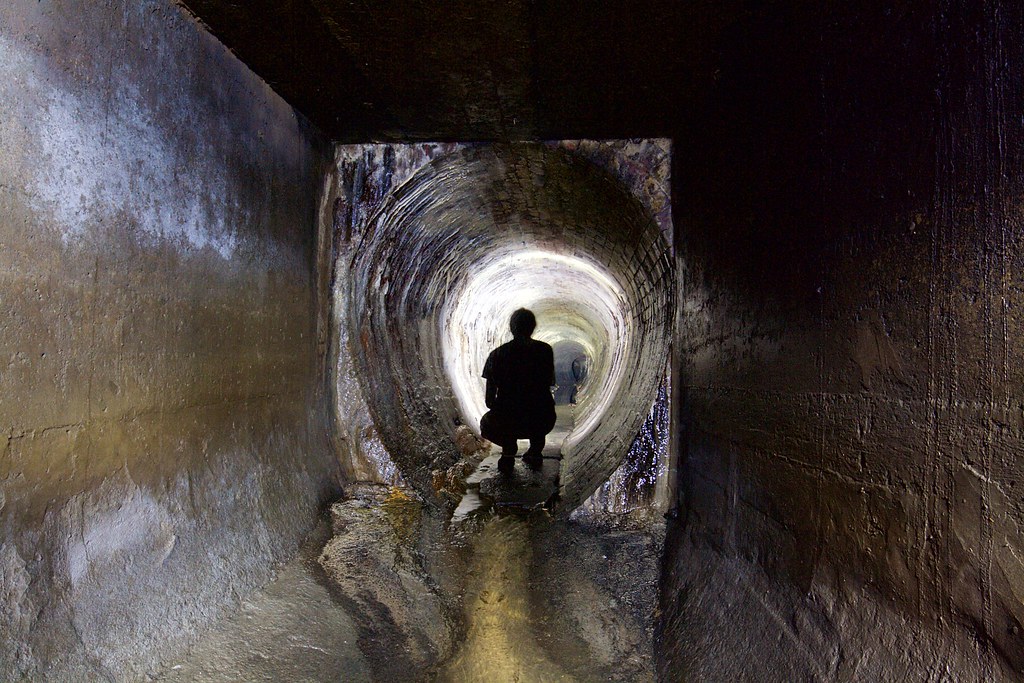 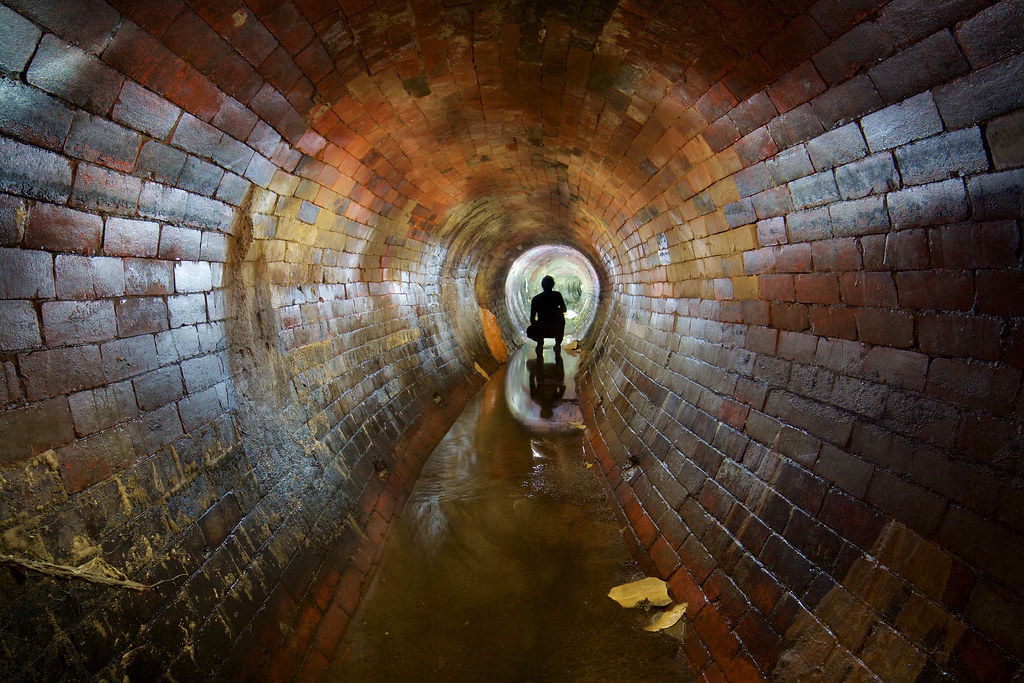 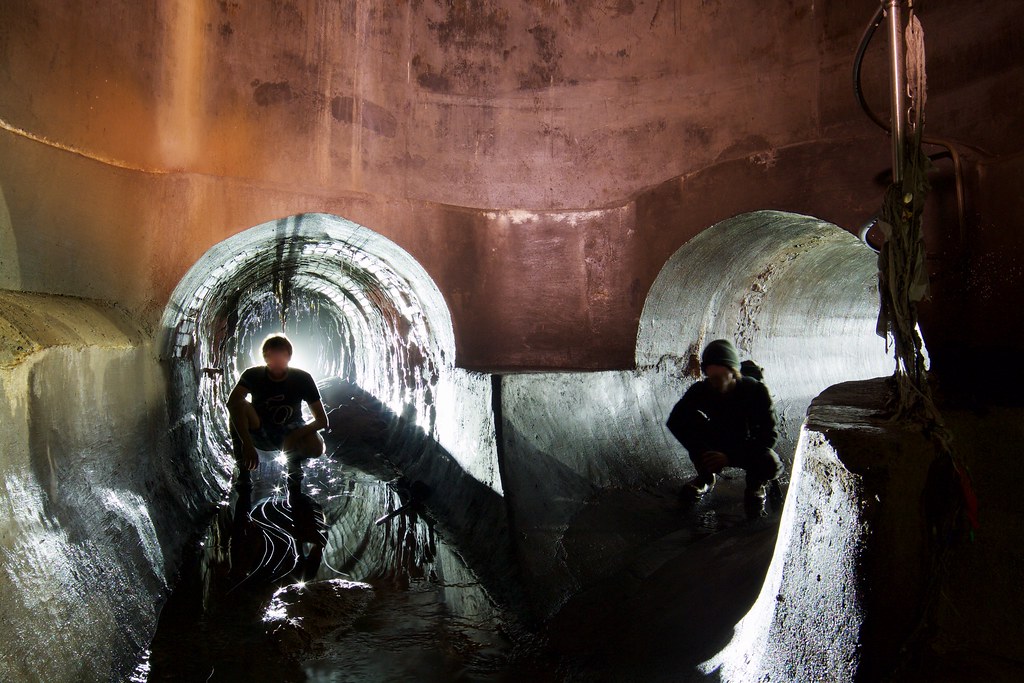 A concrete sewer overflow culvert joined in a modern shaft, following the older tunnel it appeared to shrink down until a staircase revealed itself. This goes up and a pill shaped brick tunnel goes for around 100m, with the newer sewer overflow laid beneath. 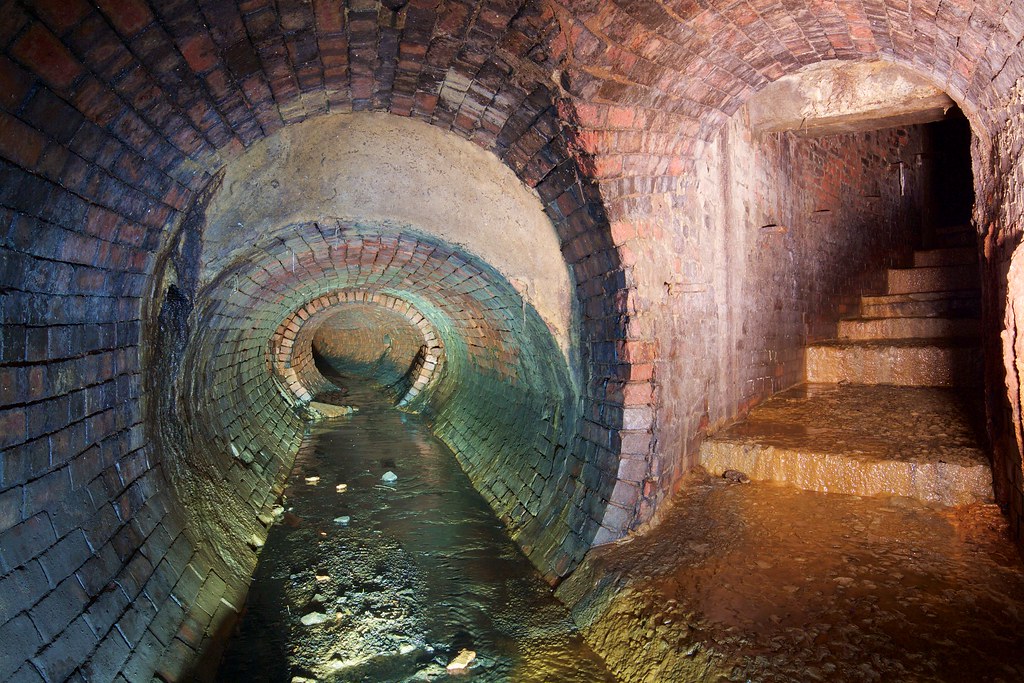 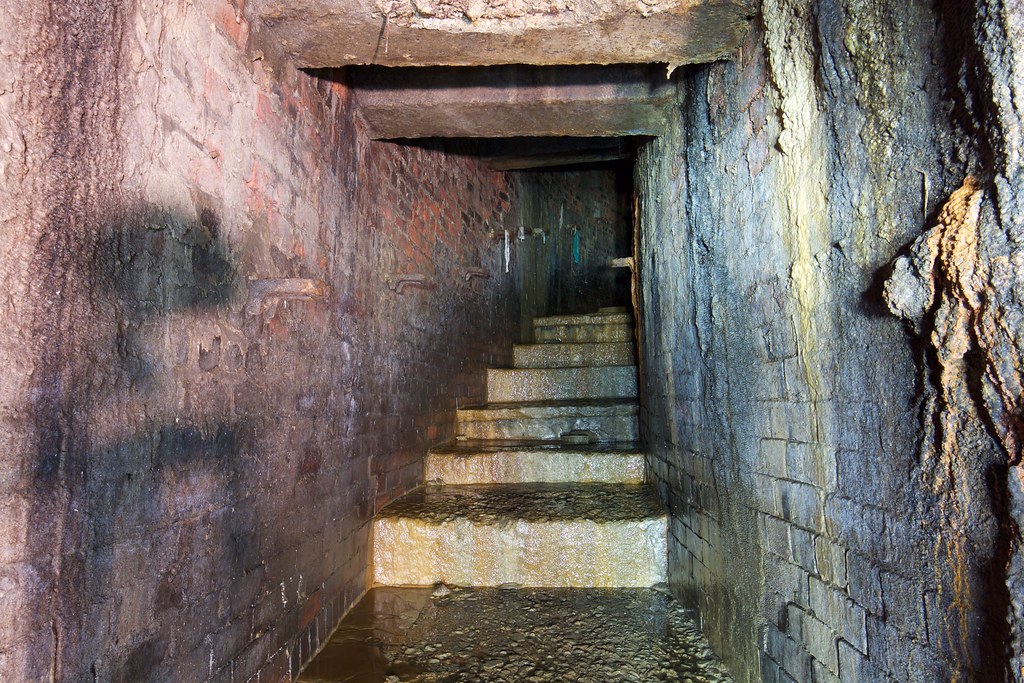 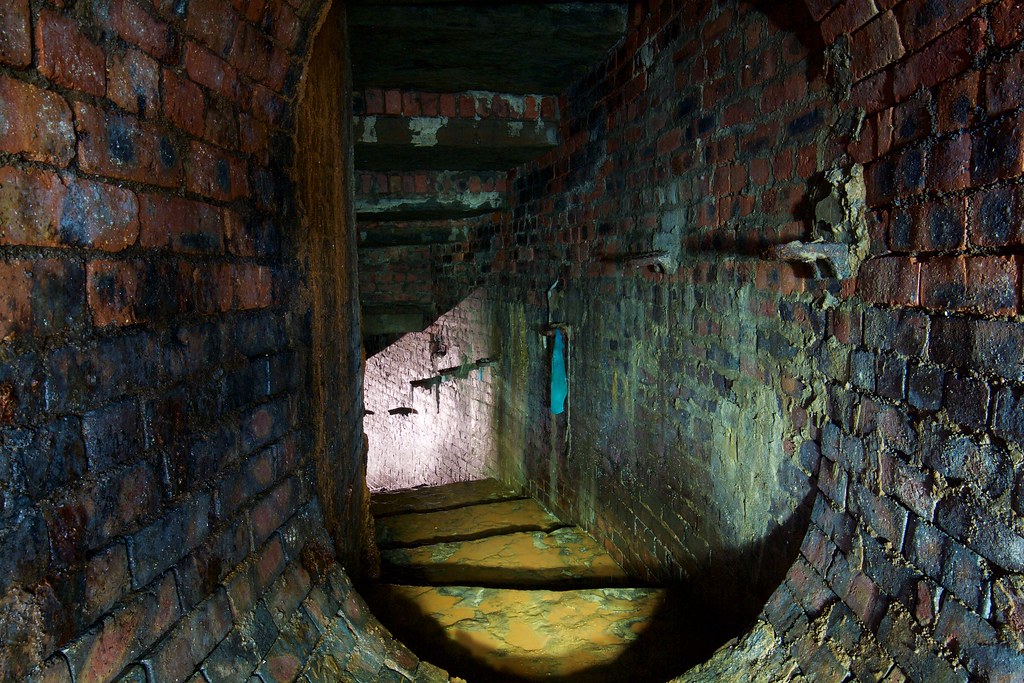 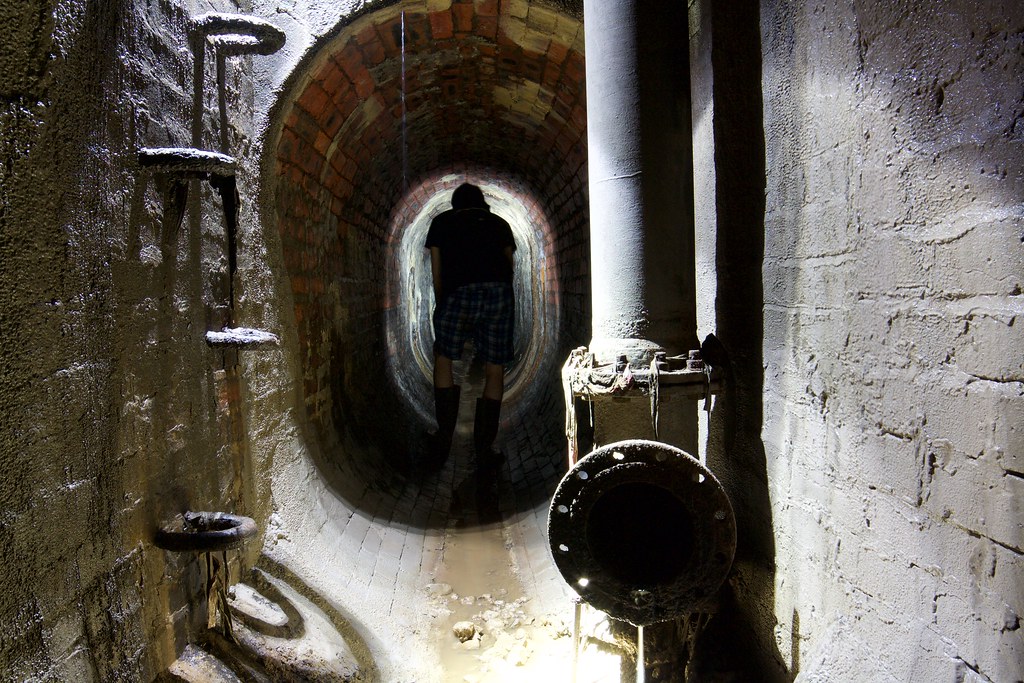 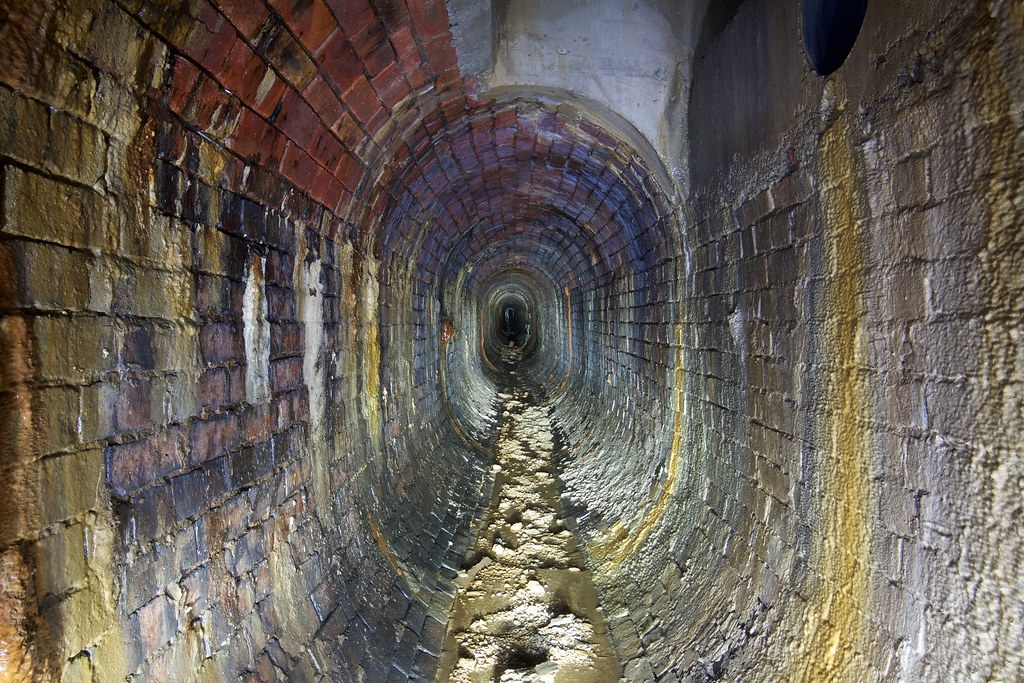 The tunnel was bricked up, possibly as a result of work done in the 1980s to infill the tunnel as it passed under the railway. 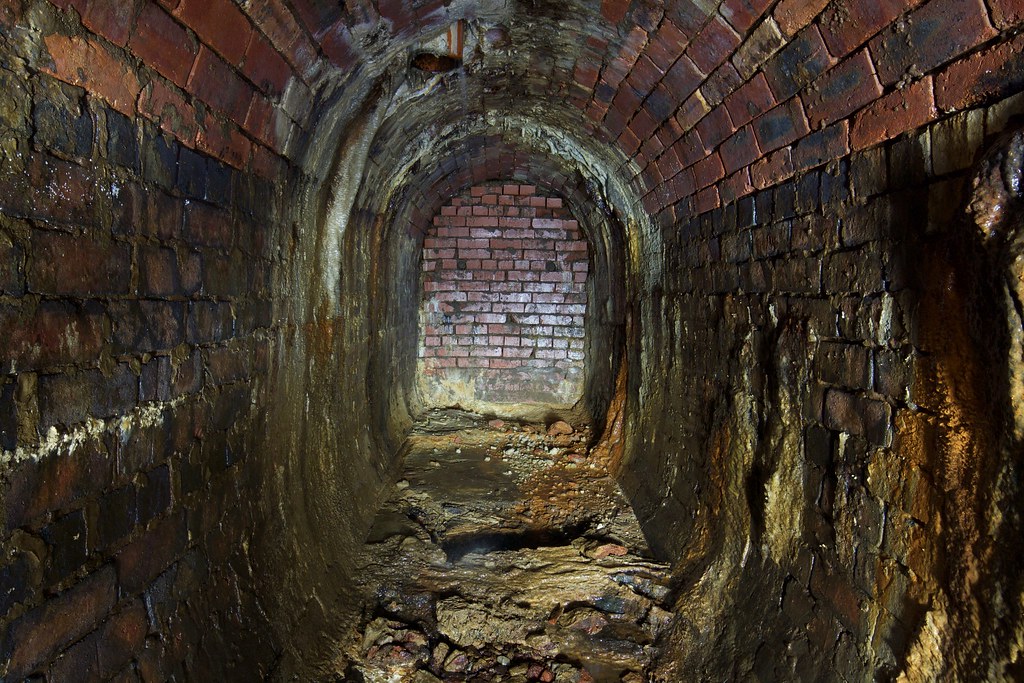 Back to the split chamber and the other pipe continued for around 170m before coming to a impassible wall with a small hole, by this point we had walked just over 800m from the outfall. 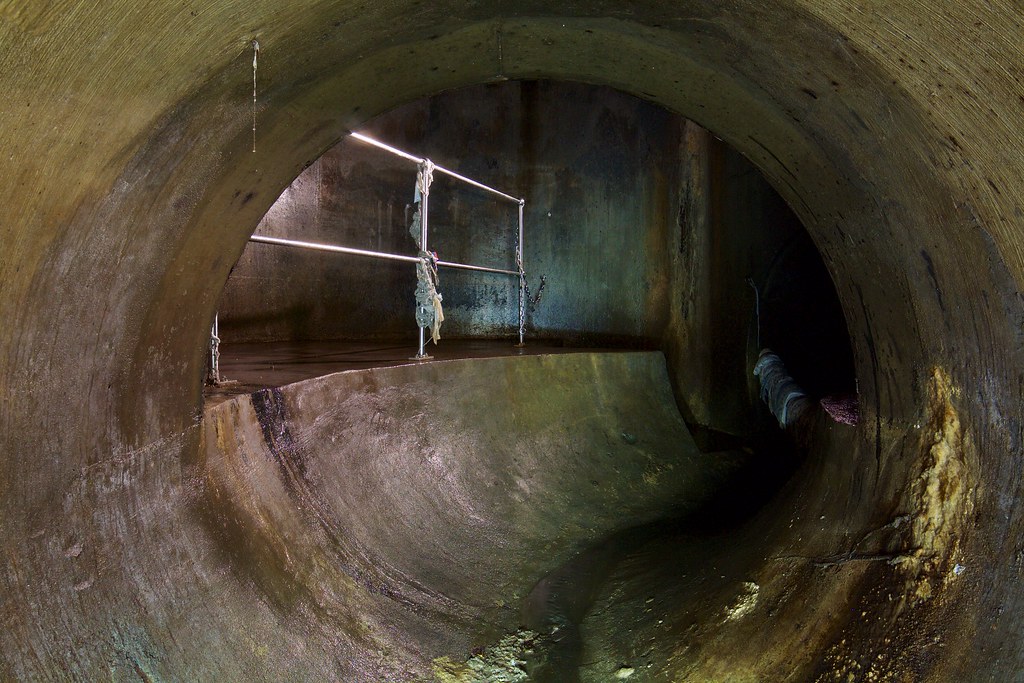 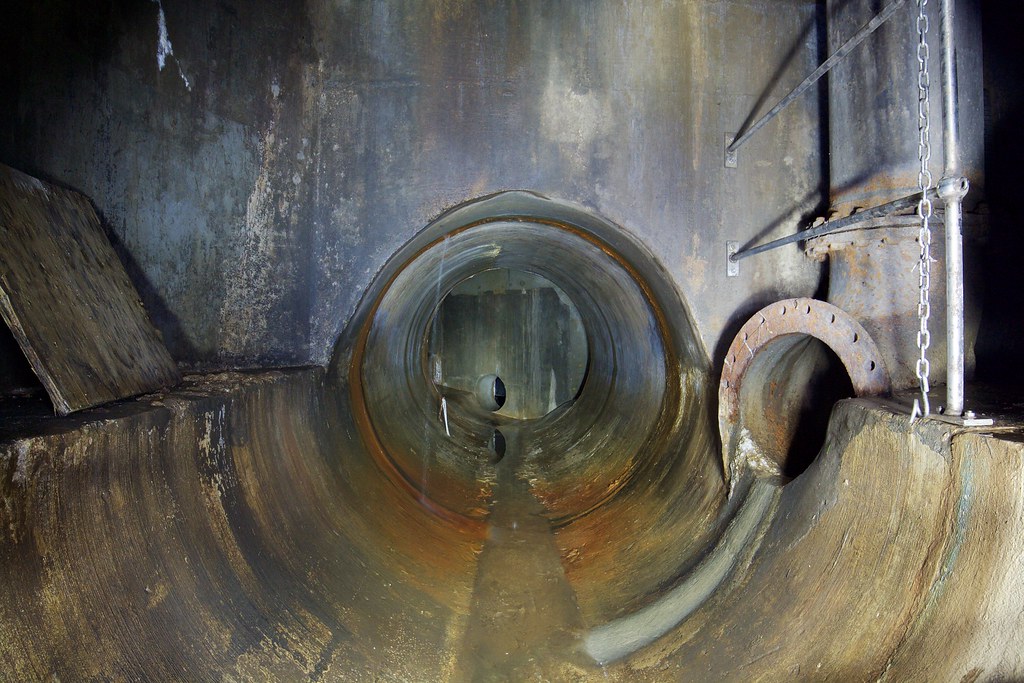 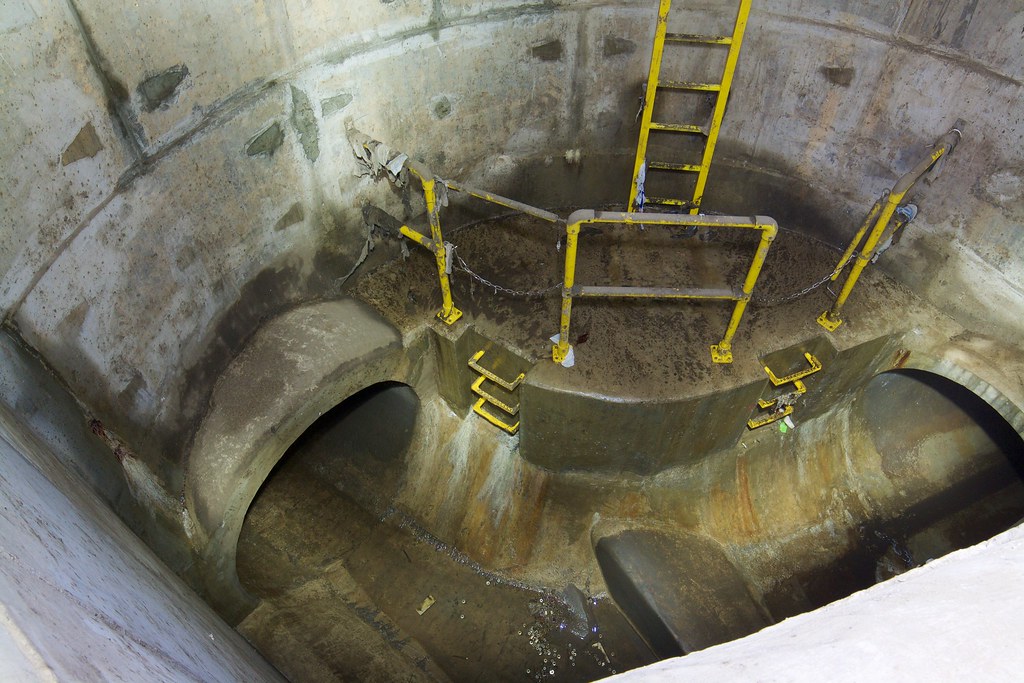 The chamber was built in 2014 to divert flows from a pumping station overflow upstream into a nearby tank. Presumably when the sewer starts to spill the penstock in the wall closes, the tank fills. When it's full the penstock opens to allow spills down the culvert into the brook.

It's said sometimes the source of a river is it's longest tributary, which makes the brick stoopy pipe (Bower Brook?) seen next to the stairs the source. It's difficult to say for sure other than that the Moston Brook is conceived somewhere in this sewery culvert.