The Third Man is a famous sewer overflow found in Vienna that outfalls to the Wien Culvert. It was one of the locations featured in Graham Greene's 1947 film of the same name and open to the public for tours in the daytime. 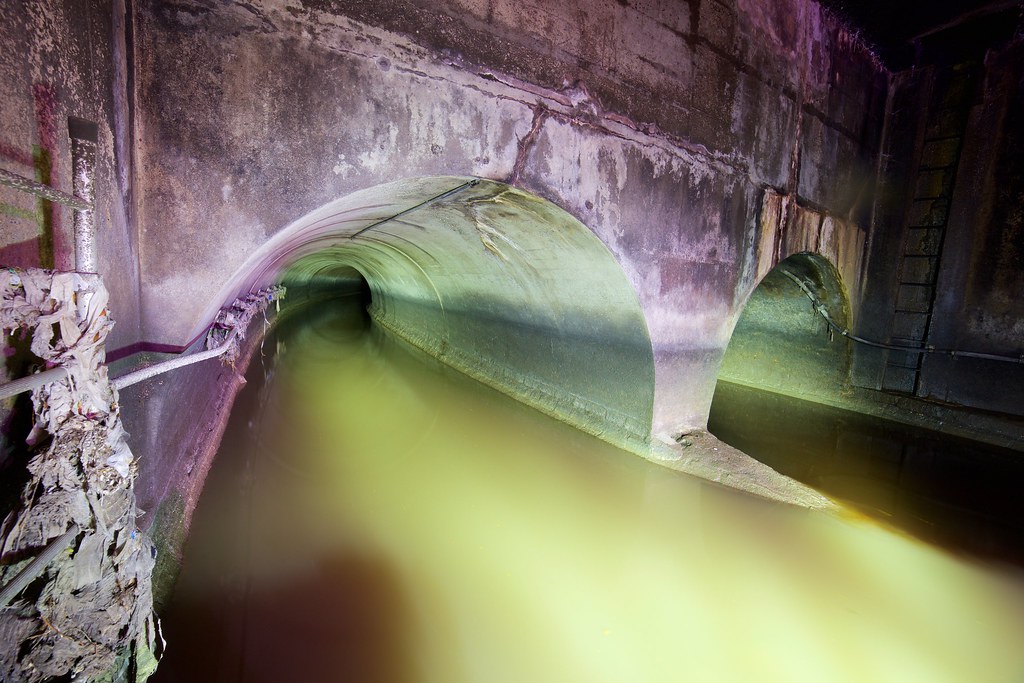 There's a couple of concrete incoming sewers, one of which was a dubious dark brown that day. 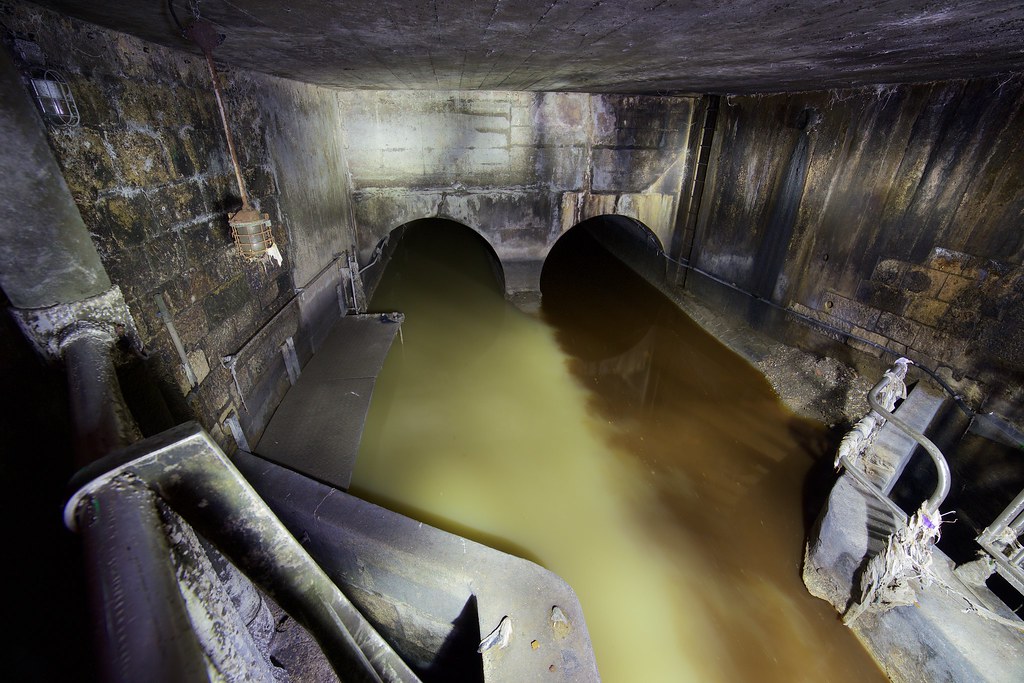 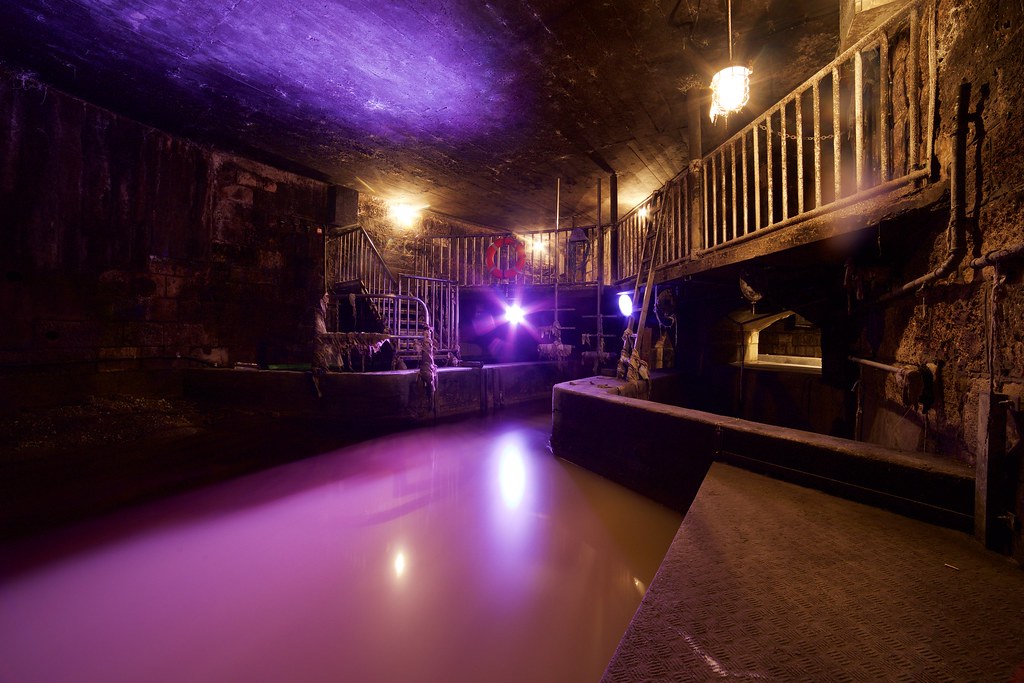 It's essentially a basic (but pretty) CSO with a single long weir, two overflow channels underneath and a couple of grilled outfalls to the river. 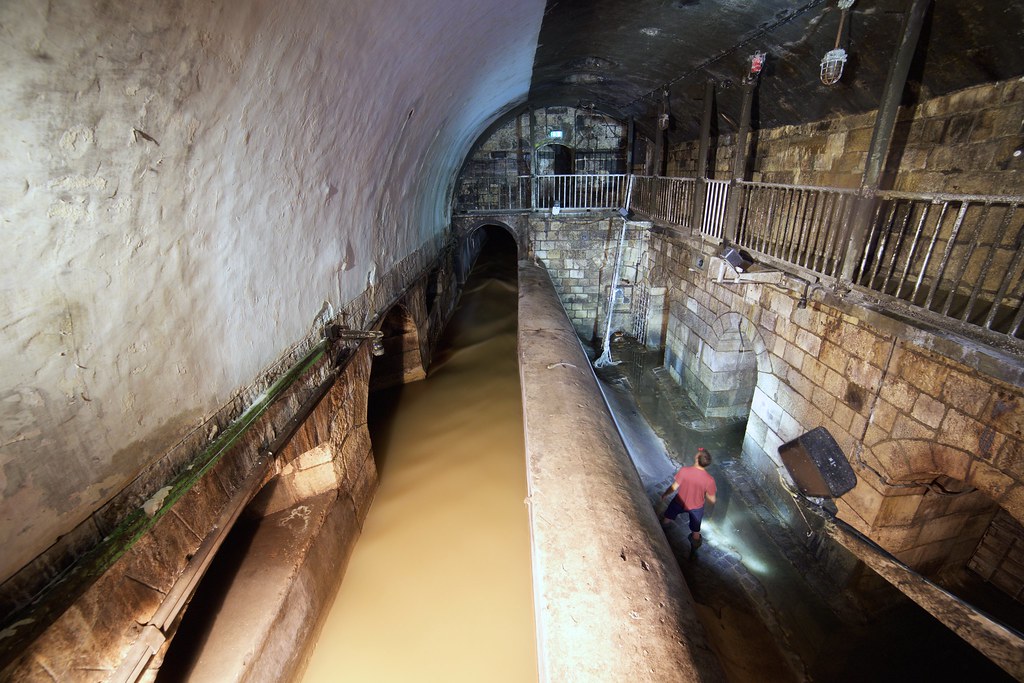 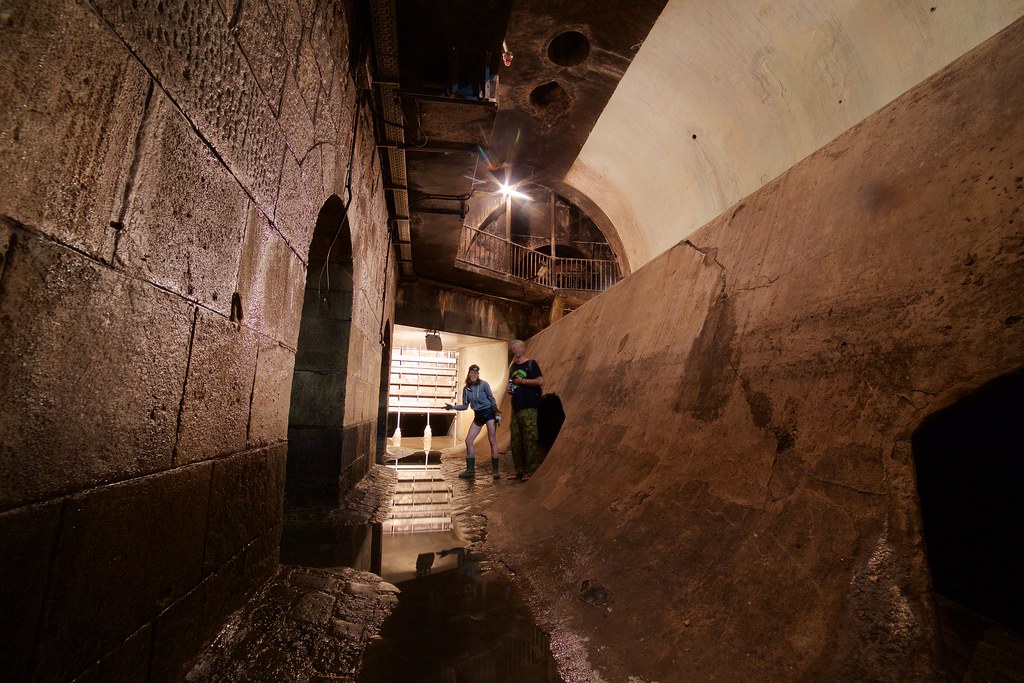 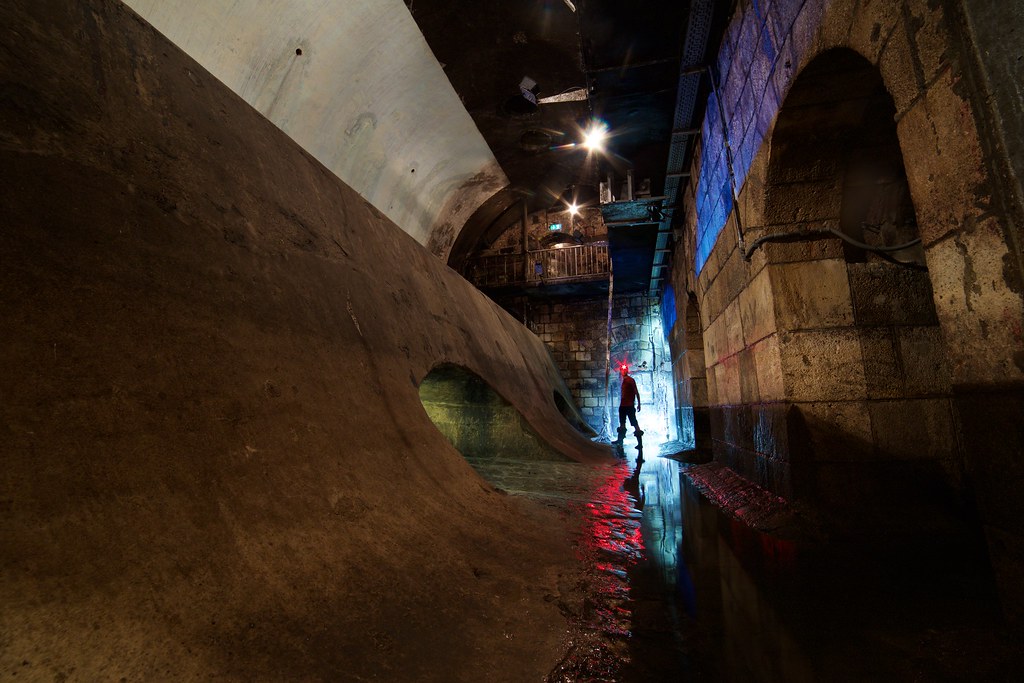 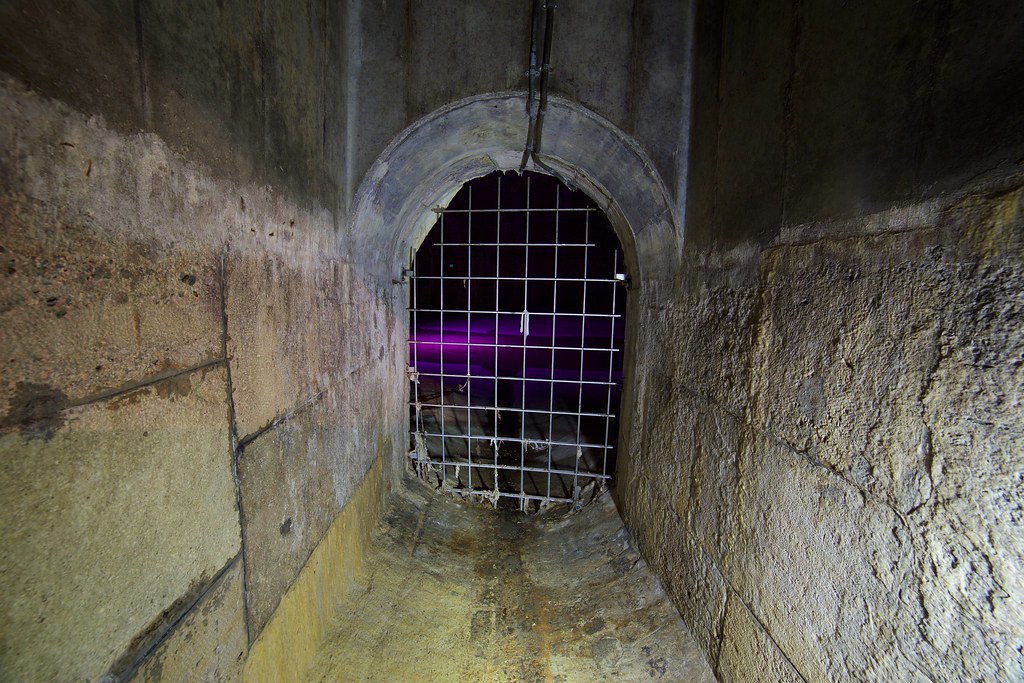 A dropshaft in one corner appears to be the concession to modern sewerage handling, presumably going to a storage system. A processor sitting in the channel probably wouldn't lure the tourists down. 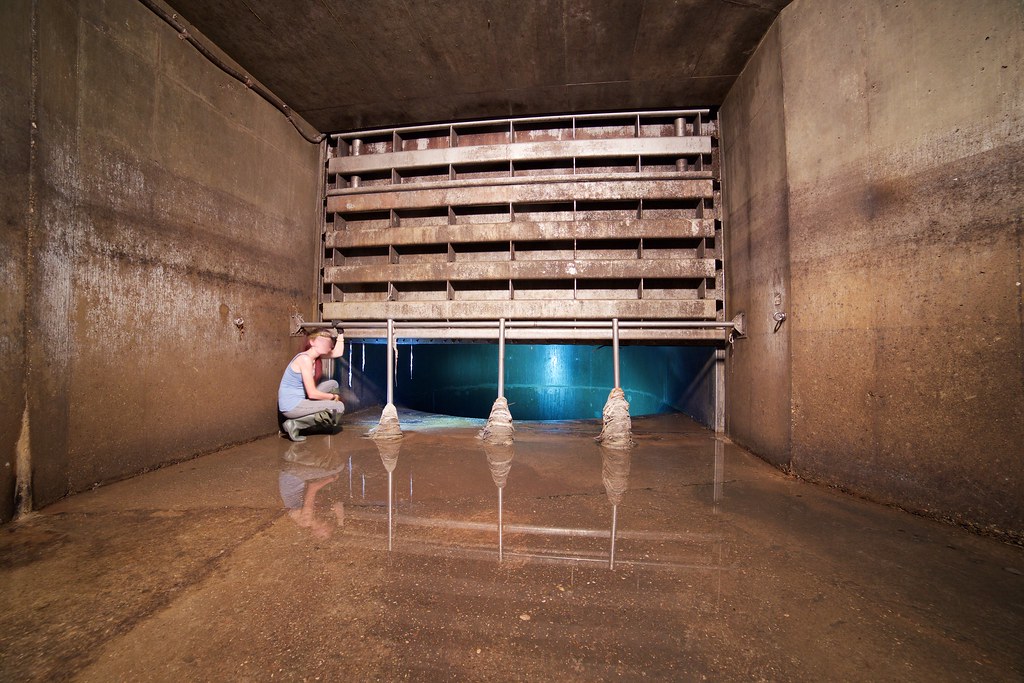 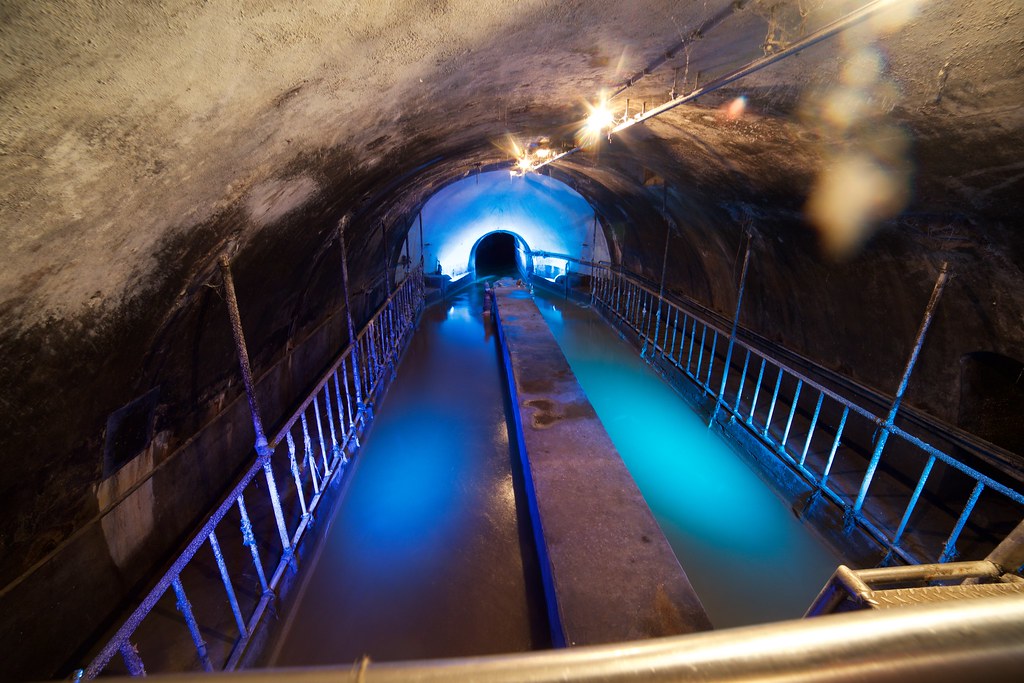