The Chandelier Hall in Cologne is a large brick sewer overflow to the Rhein built in 1890. There were originally two chandeliers to increase the grandeur for the sewer's opening, it was hoped a Prussian Emperor would attend. These rusted over the years and were replaced in 1990 by an electric one. 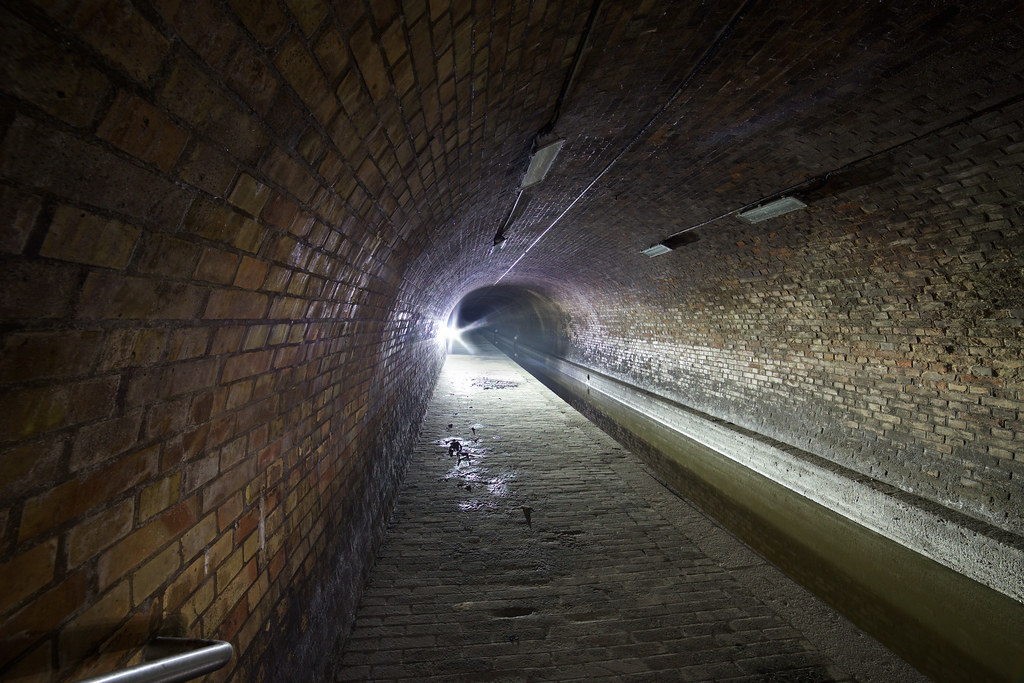 Passages overlooking the chamber allow access from a large hydraulic hatch above. The space is opened to the public for tours throughout the summer, slots exist for railings to be installed around the overflow weir. Concerts have been known in the main chamber with the music enhanced by the acoustics of the tunnels. 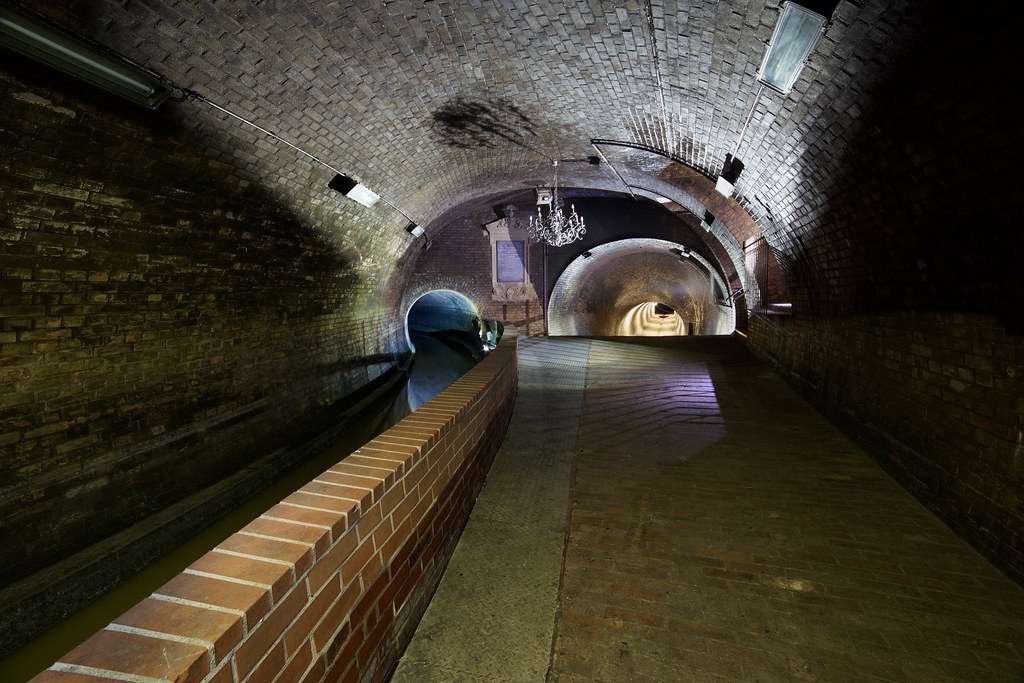 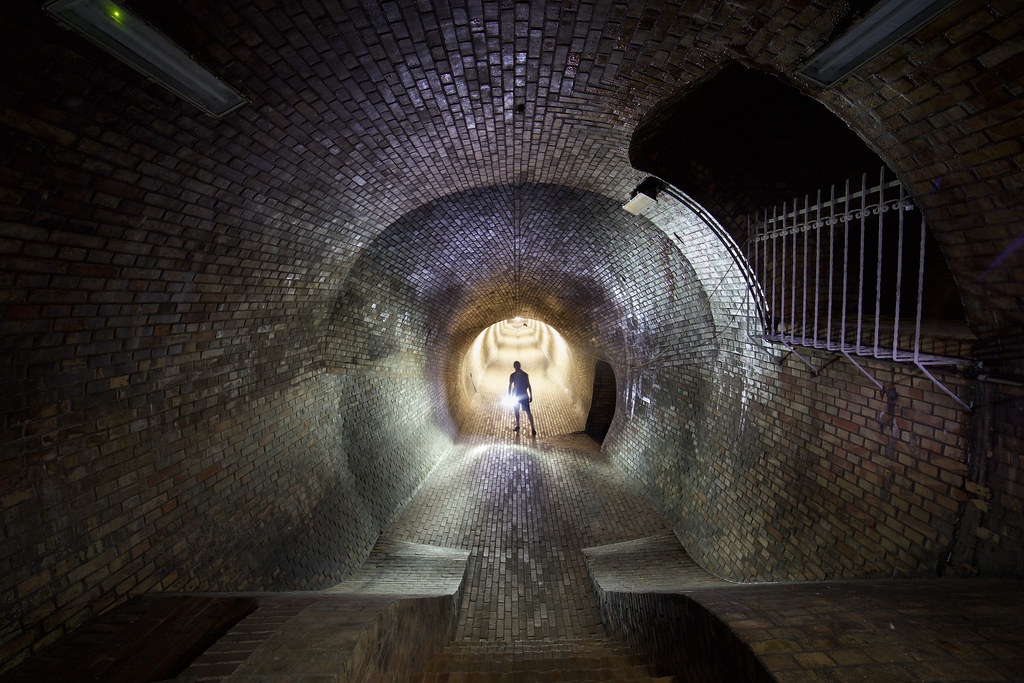 A smaller tunnel connects in at the bottom the slide, unfortunately bricked up a short way in. 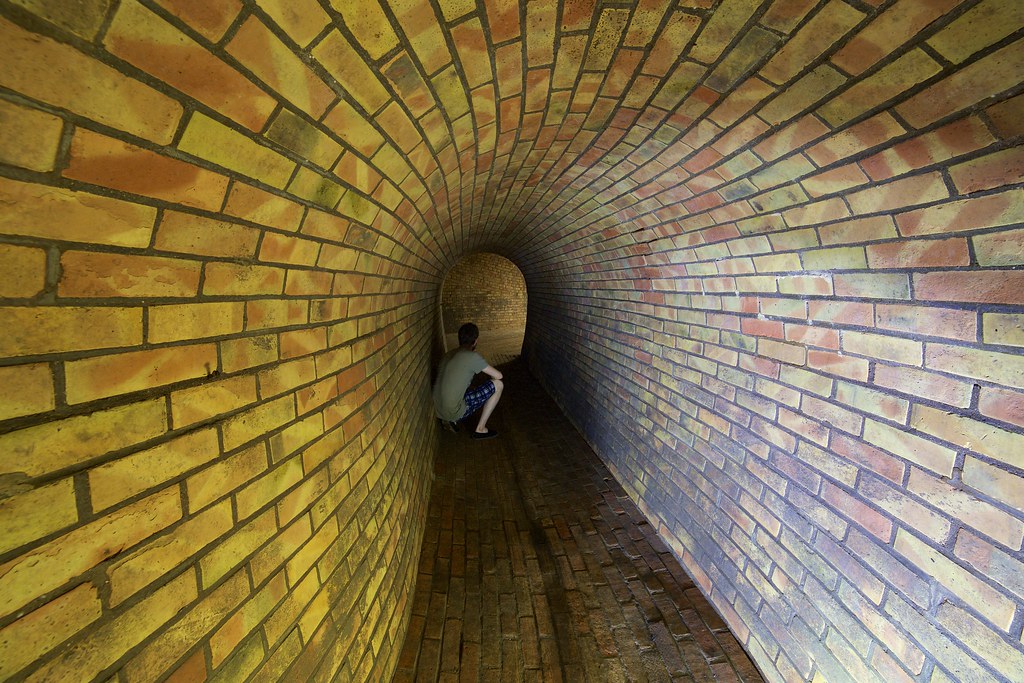 A sensor detects when the river is in flood and closes a large penstock to prevent the sewer being inundated. 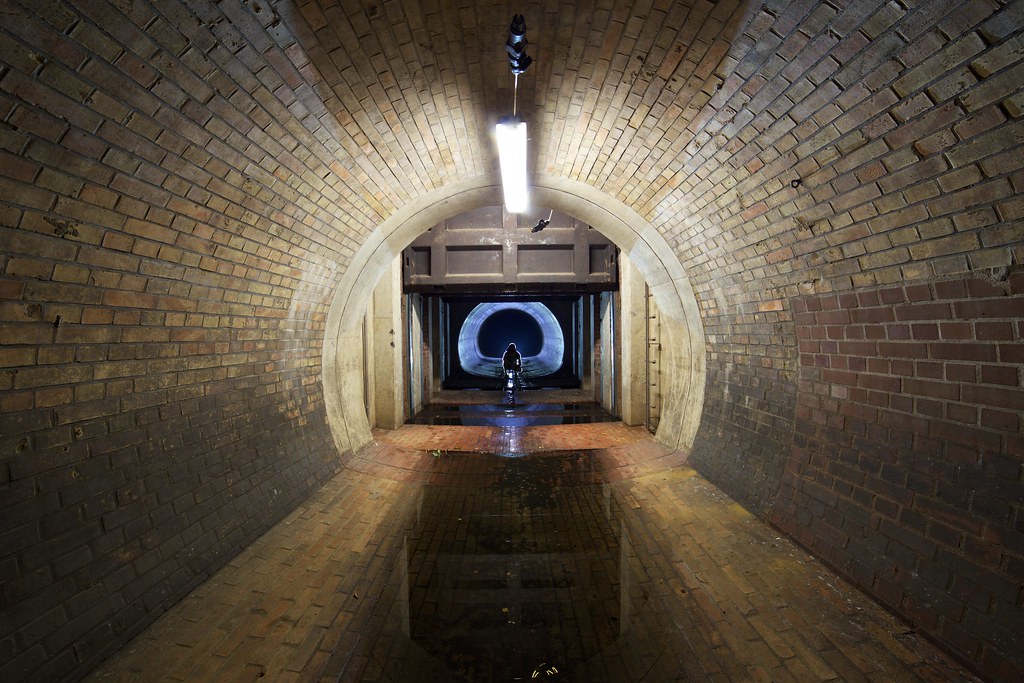 After the penstock the tunnel has been fitted with a fibreglass lining. This ends just before the outfall which drops down to the river level in a series of brick steps. 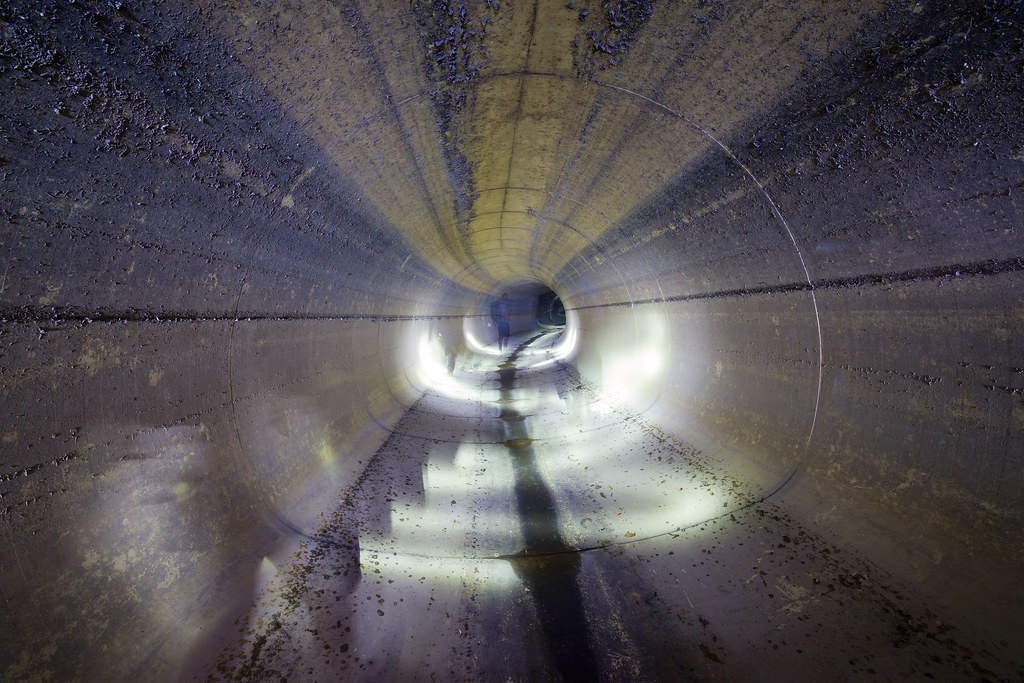 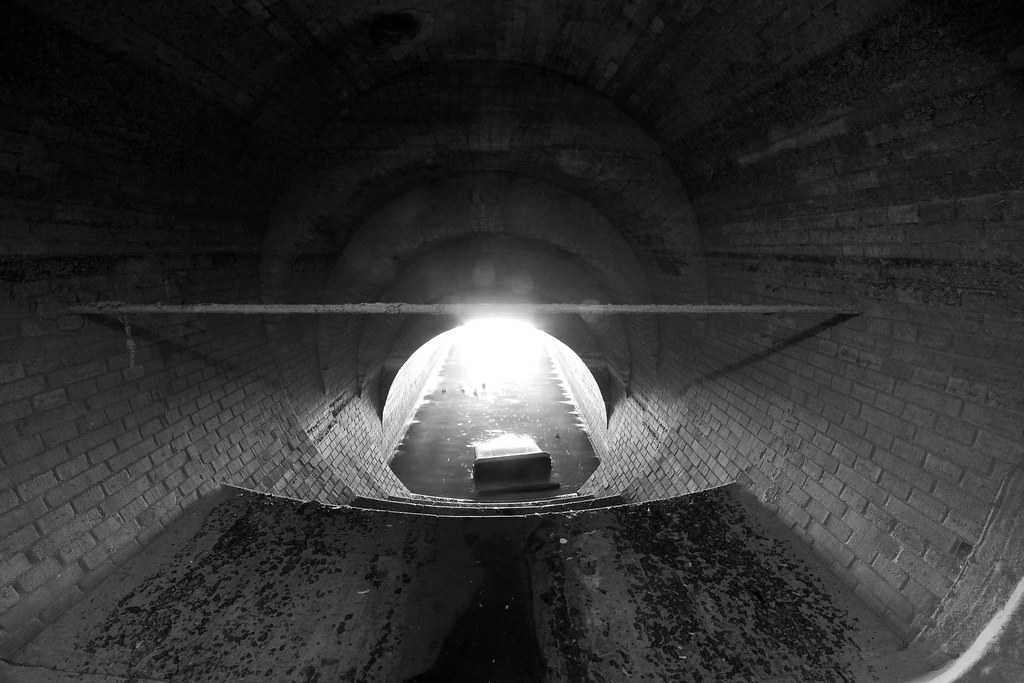