The Tin Brook flows through a brick culvert in northernly direction through Stockport, eventually joining the River Mersey.

I met up with CameraShy and we made out way down a debris strewn bank to the brook. A grill covered the infall, we slipped in and descended a small waterfall. The first stoop was the worst and required partially crawling through the water. After a few meters it opened up into an arched chamber. 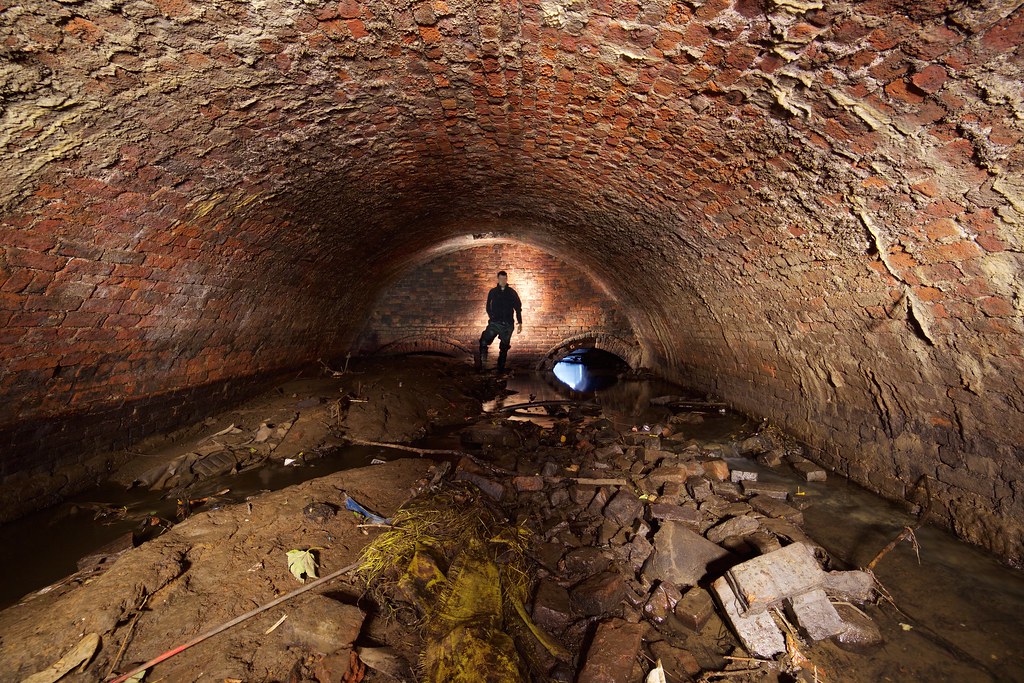 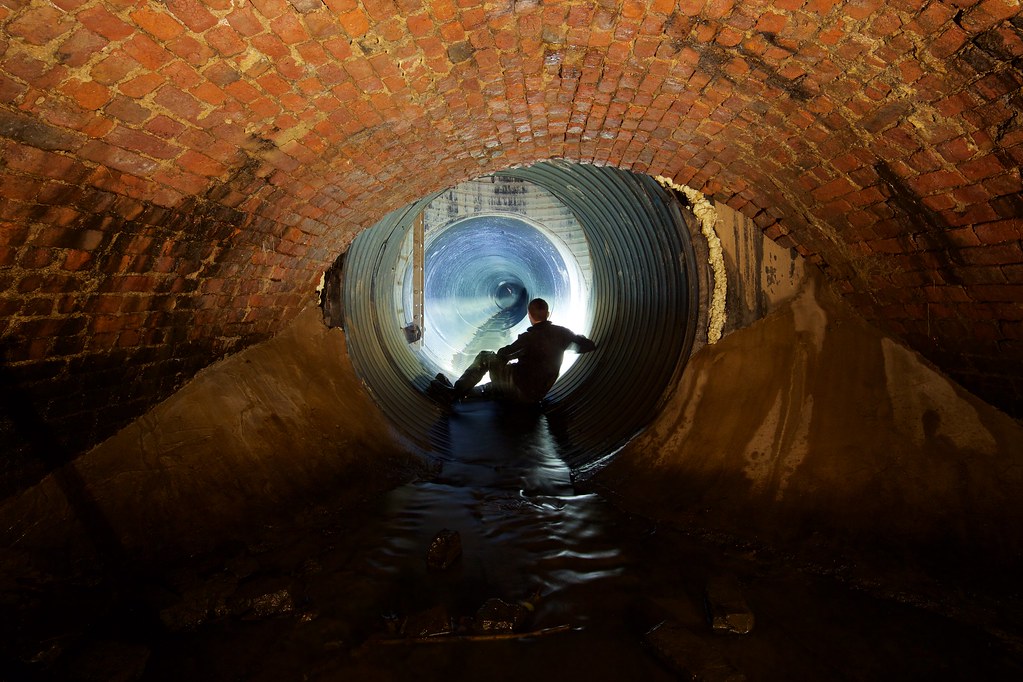 The round rubber pipe had been installed sometime around the end of 2012, it had been open to the sky before then. 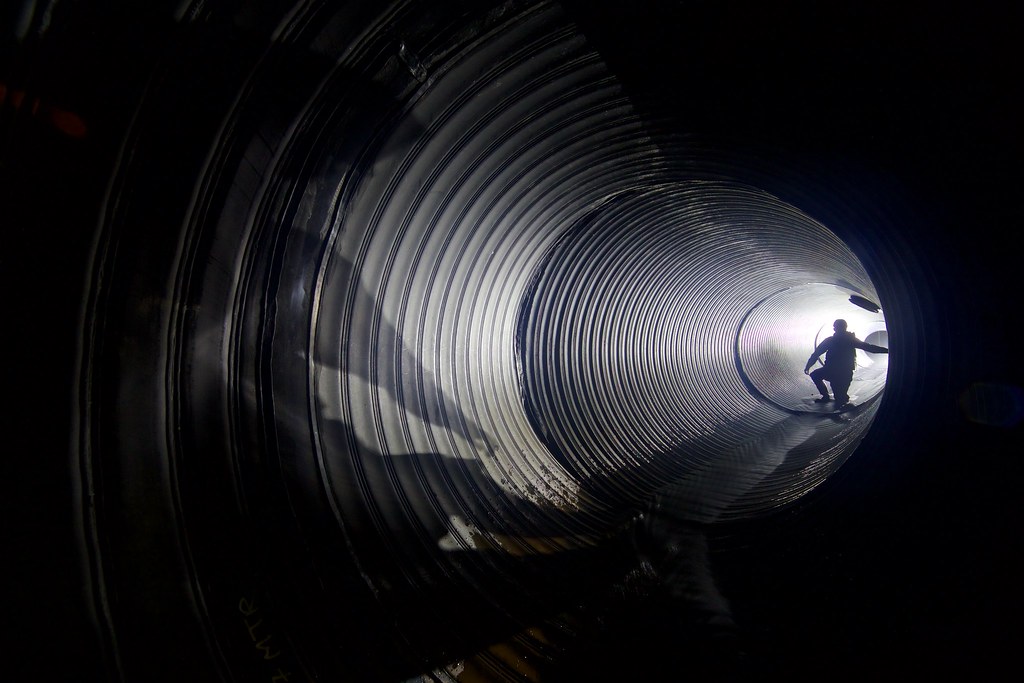 Next was a brick arch tunnel and I found my lens had completely steamed up. A quick wipe on my tshirt resulted in a generous smear of fabric softener and a few soft photos. Luckily CS saved the day later on with a lens cloth. 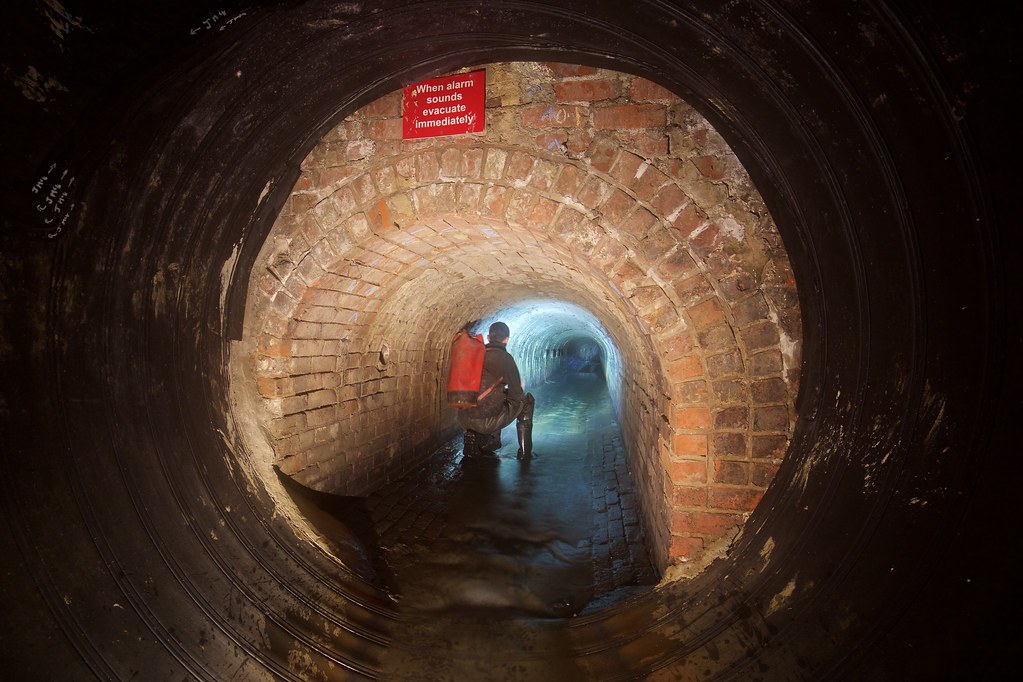 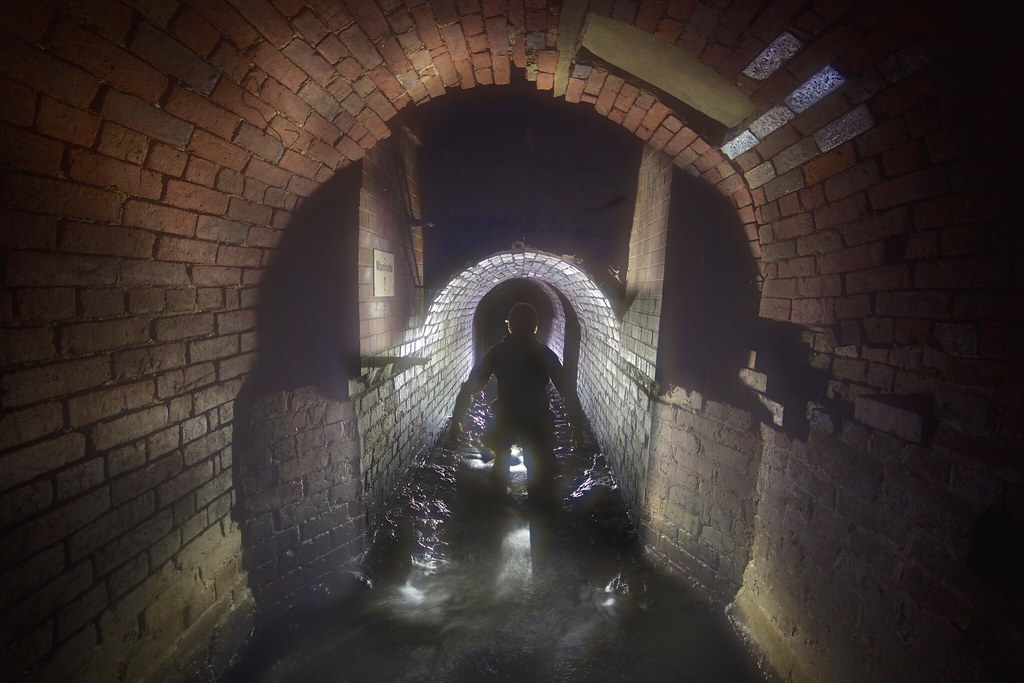 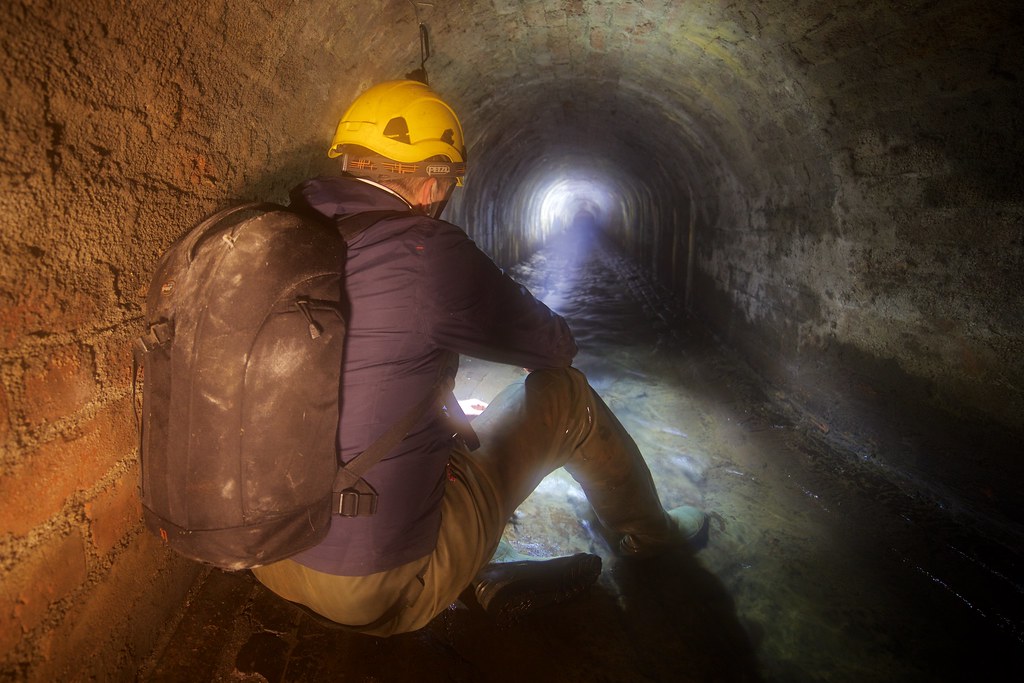 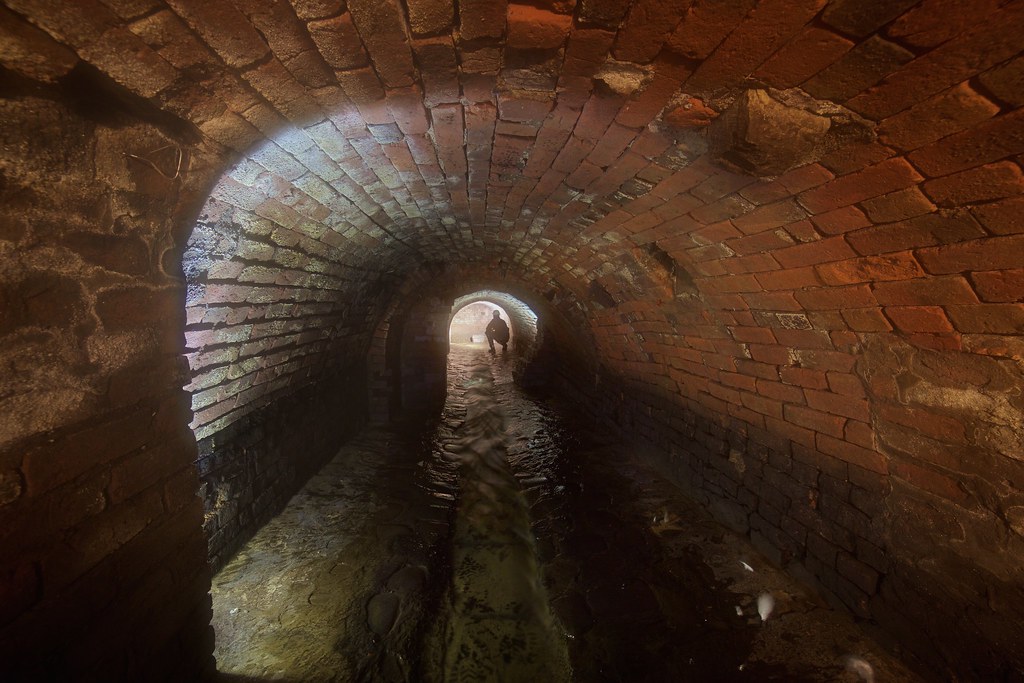 The majority of culvert had been quite low, then there was a really stoopy section. Luckily I'd brought a waterproof bag I could drag along behind me in the flow which made things slightly easier. After that it opened up a little and we got the cameras out again. 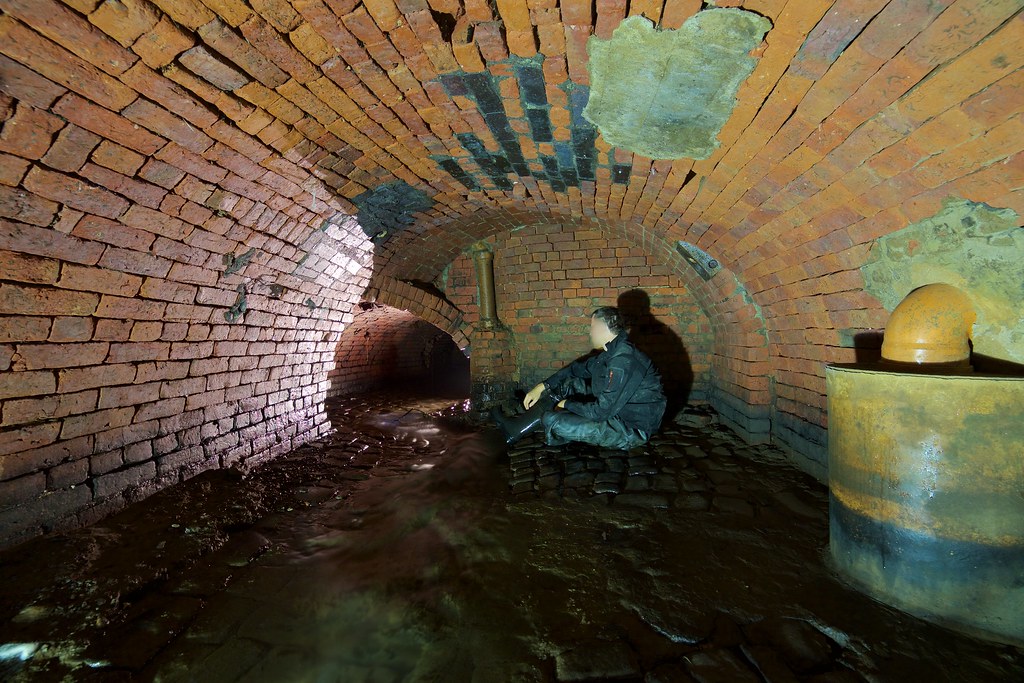 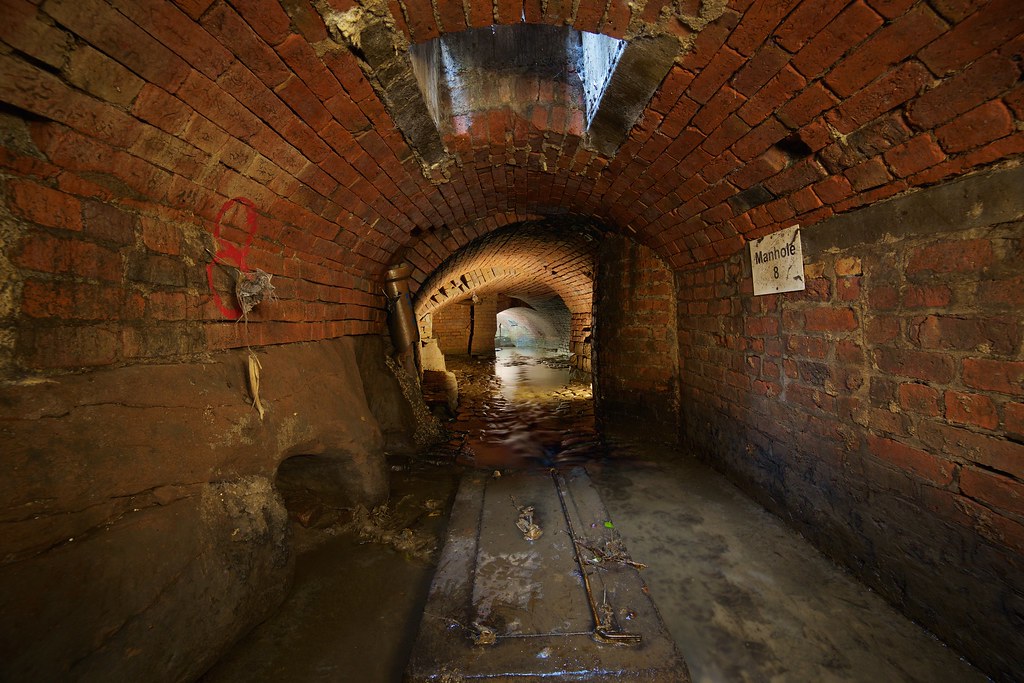 The culvert continues some way further though it doesn't get any bigger from what I've read. Others have pushed it to the end before so we were happy to call it a day.