On the banks of the Manchester Ship Canal sits a large concrete outfall behind which a long storm drain runs deep into Salford. TunnelMon was in chest waders and confidently strode out first, I was clad to the thigh only and had to carefully hug the bank to avoid breaching. After skirting the drop off into the Ship Canal's depths and trudging through silt in the pipe we came to a chamber with steps rising from the invert, helpfully pointed out by a filthy sign. 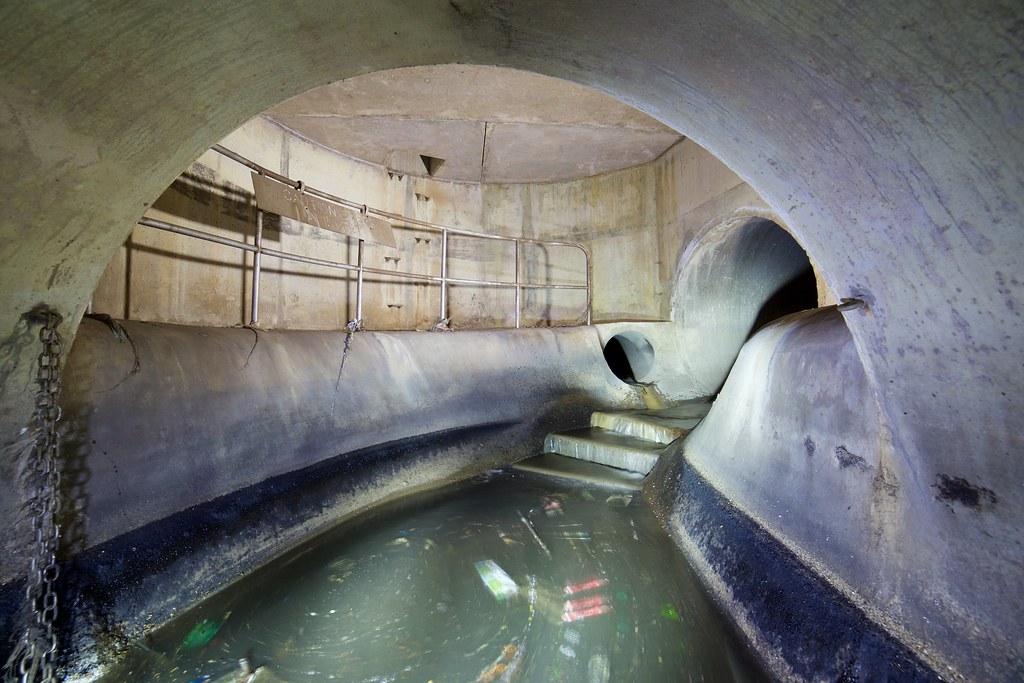 The pipe started off as some kind of slippery composite around 8ft tall and the going was slow to keep upright. 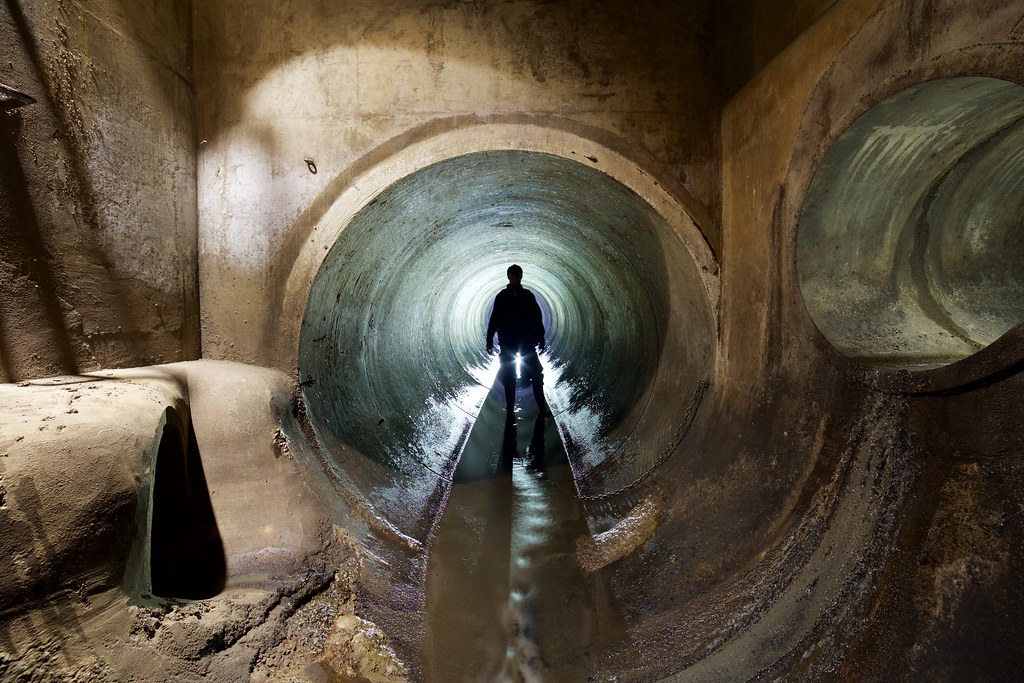 It changed to concrete box section (the only shape change), possibly as it passed over a large Victorian sewer overflow. 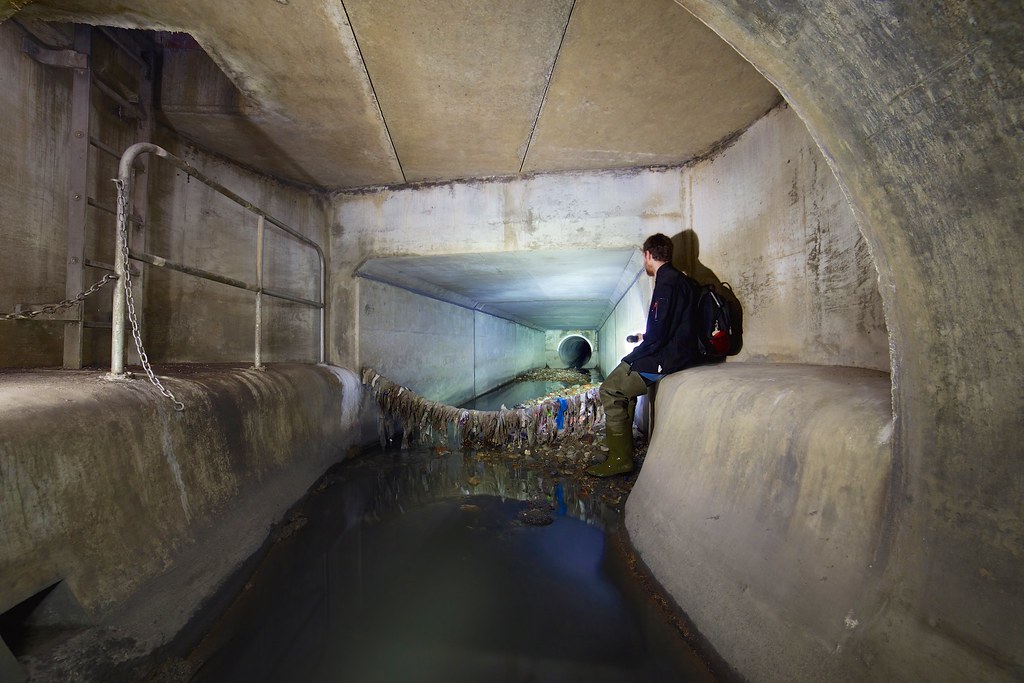 Continuing for many kilometres we went through various shafts containing the usual storm drain drop pipes. A sprig of fresh greenery at the bottom of one suggested a lid had been lifted earlier that day, although no further evidence could be seen of people having been down there for years. 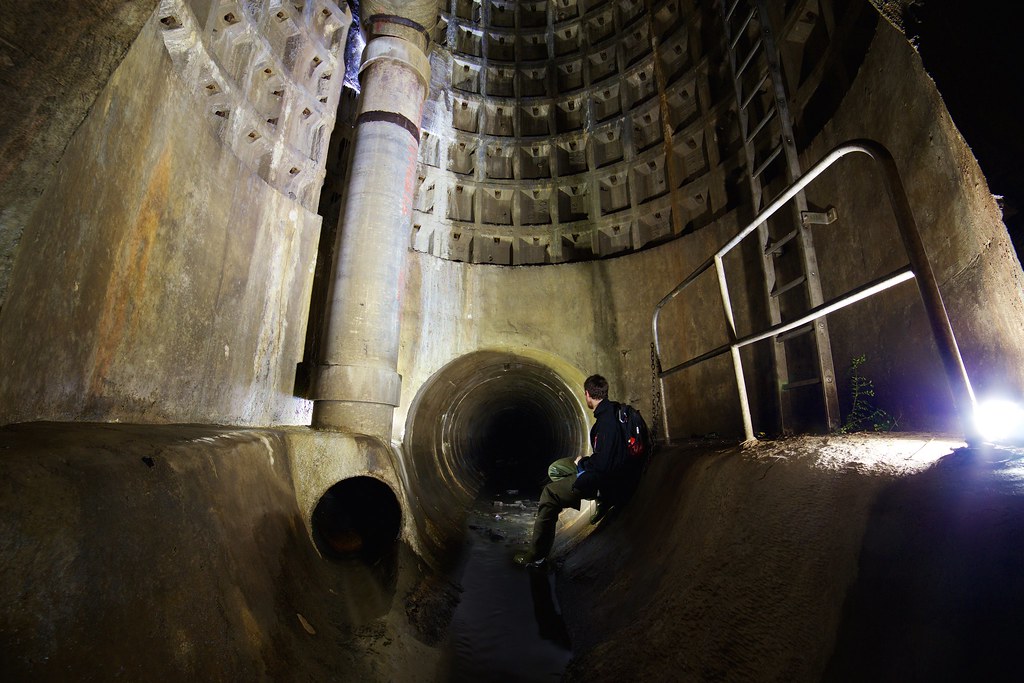 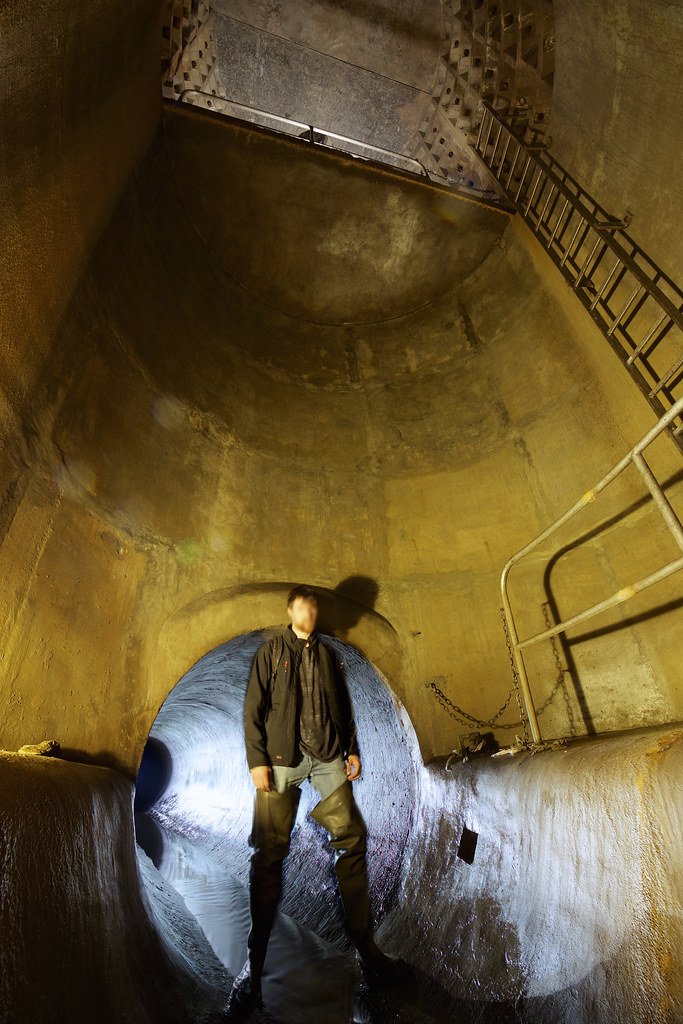 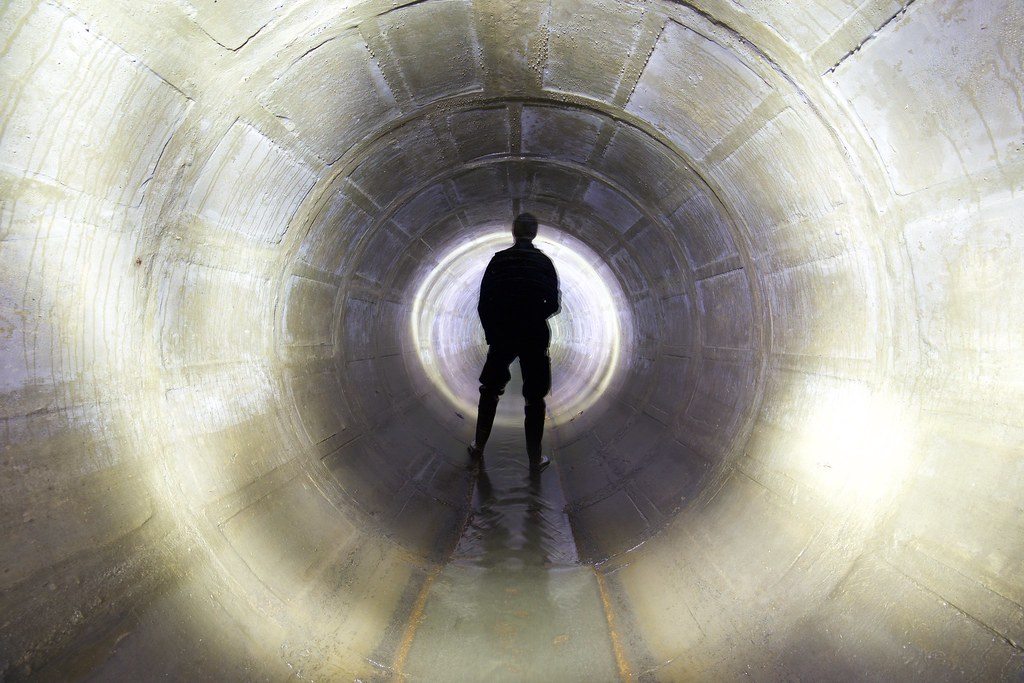 After walking for around an hour in total we came to a ramp after which the pipe shrank, we followed for a little longer before calling it a day. 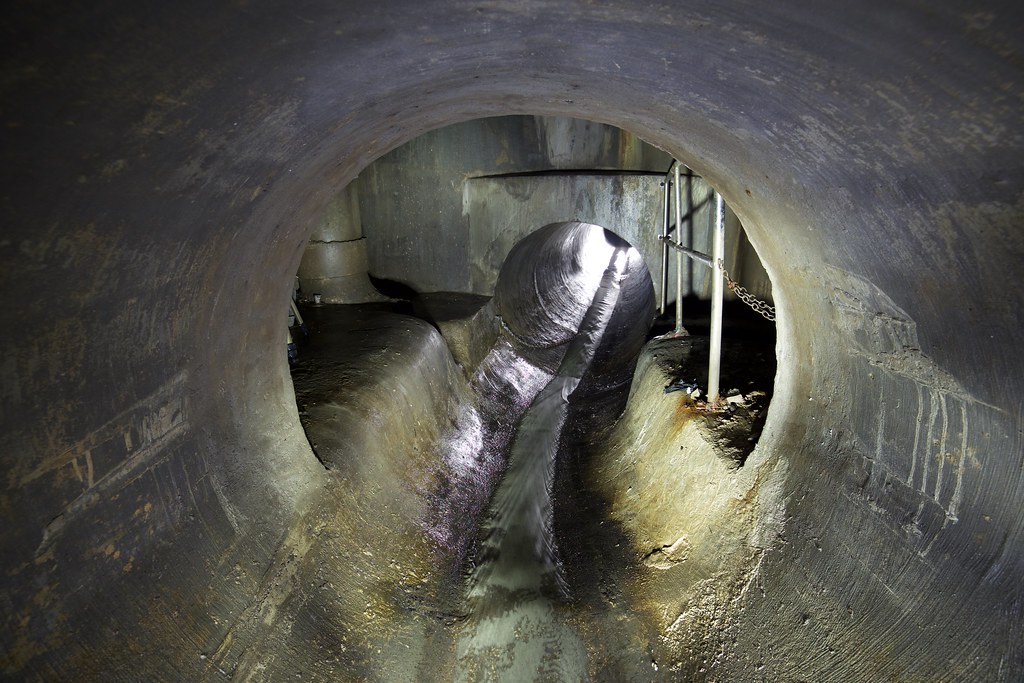 I suspect the storm drain may provide drainage to the M602, and continue in a North East direction in a shrunken state for some way.