The Hulme Flume is a large Victorian brick sewer overflow in Manchester that outfalls to the River Irwell. Officially known as the Work 9 sewer it was built c1913 and it serves a total of 3 intercepting sewers. 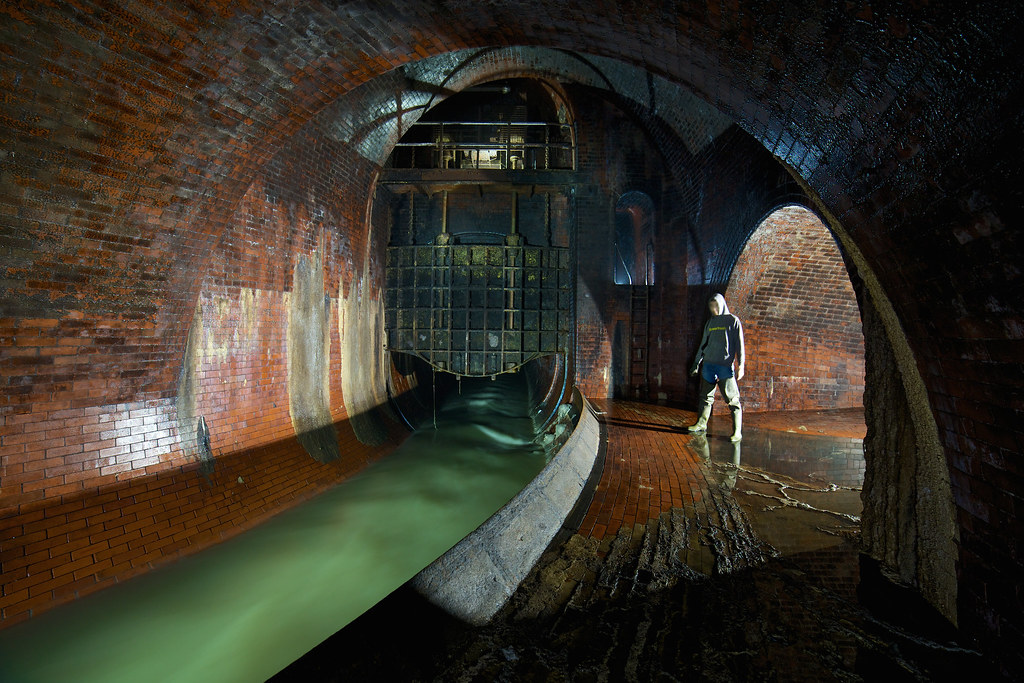 First found by Userscott and Snappel it's arguably Manchester's finest sewer overflow with plenty of brick arches and chamfered edges. I first visited in 2009 with TheVicar, we've both upgraded our kit since then so decided to go back and get some better shots.

The primary sewer served is Outfall B, this appears to begin properly just upstream of the main chamber where the Work 4 and 10 sewers converge. 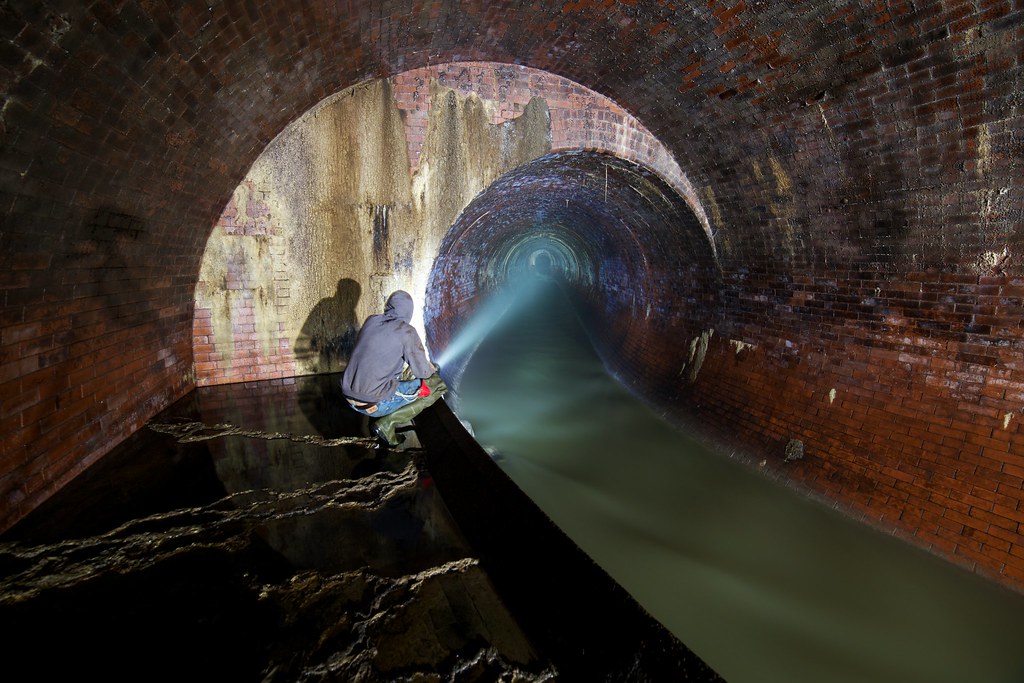 All 3 sewers that the Flume serves have simple overflow weirs, work is underway to add a screening chamber downstream. 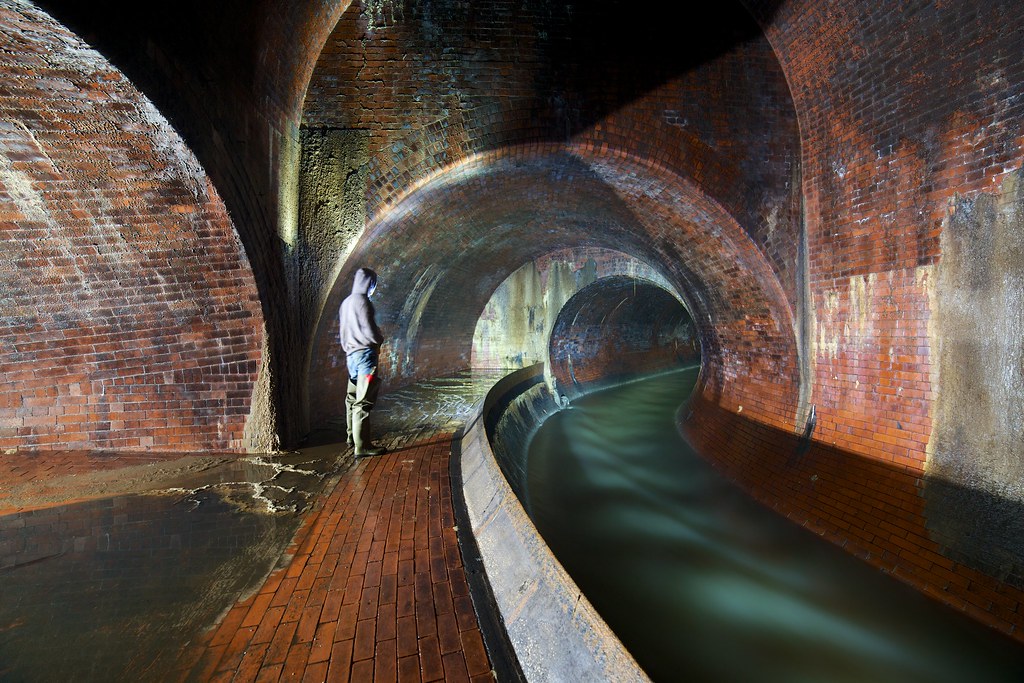 A short walk down the overflow culvert is a side pipe from another CSO chamber. This one serves the Outfall A sewer which at this point was smaller than it's upstream sibling. This passes underneath the culvert which goes overhead in a cast iron section. 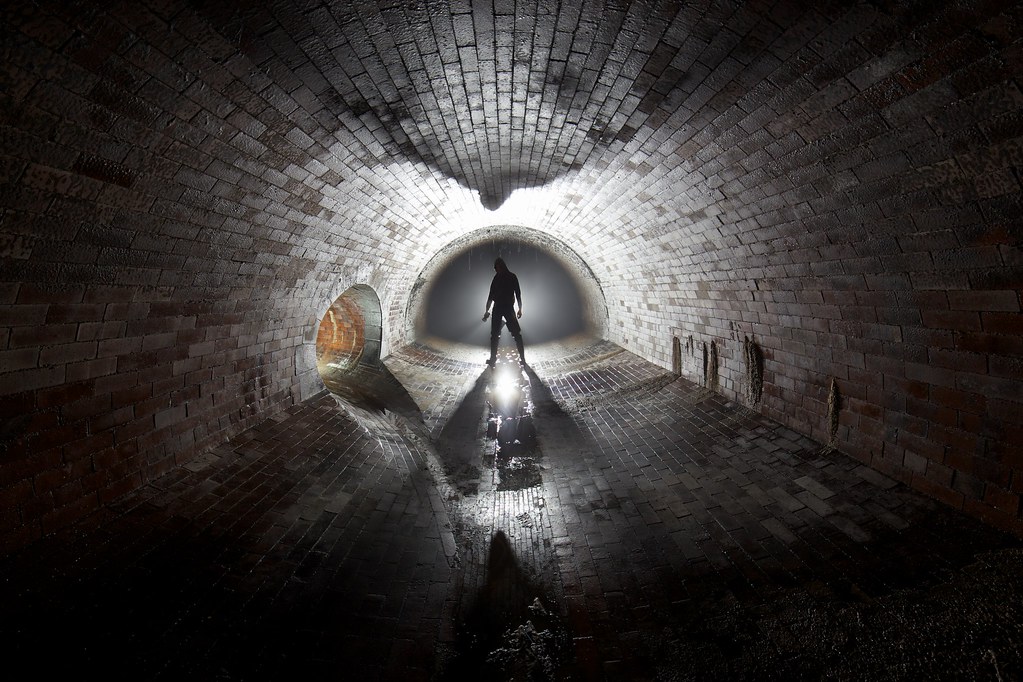 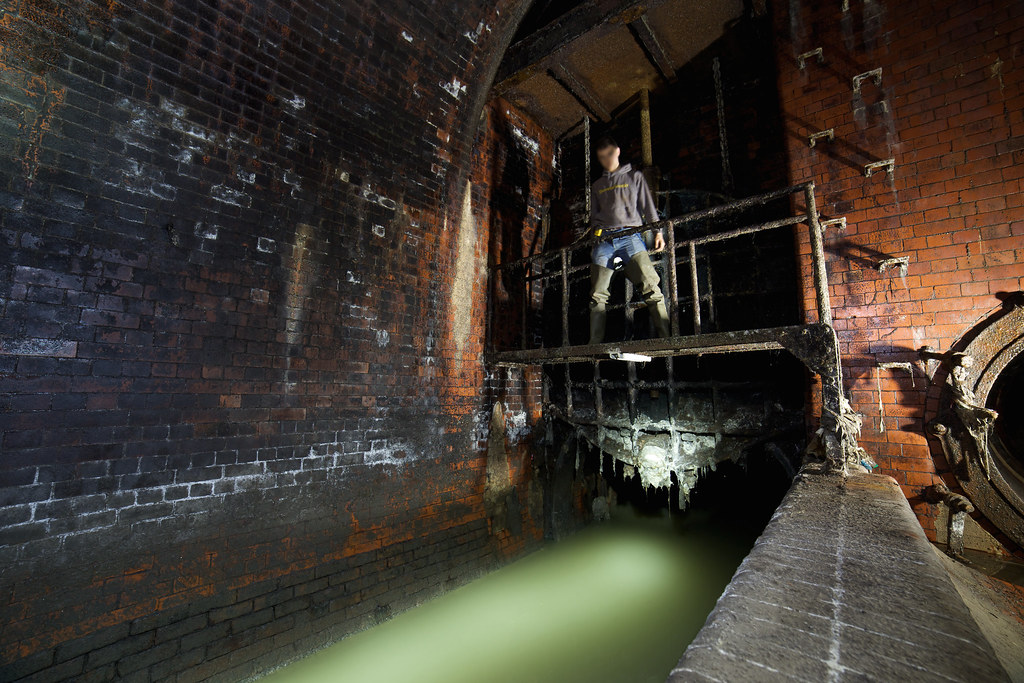 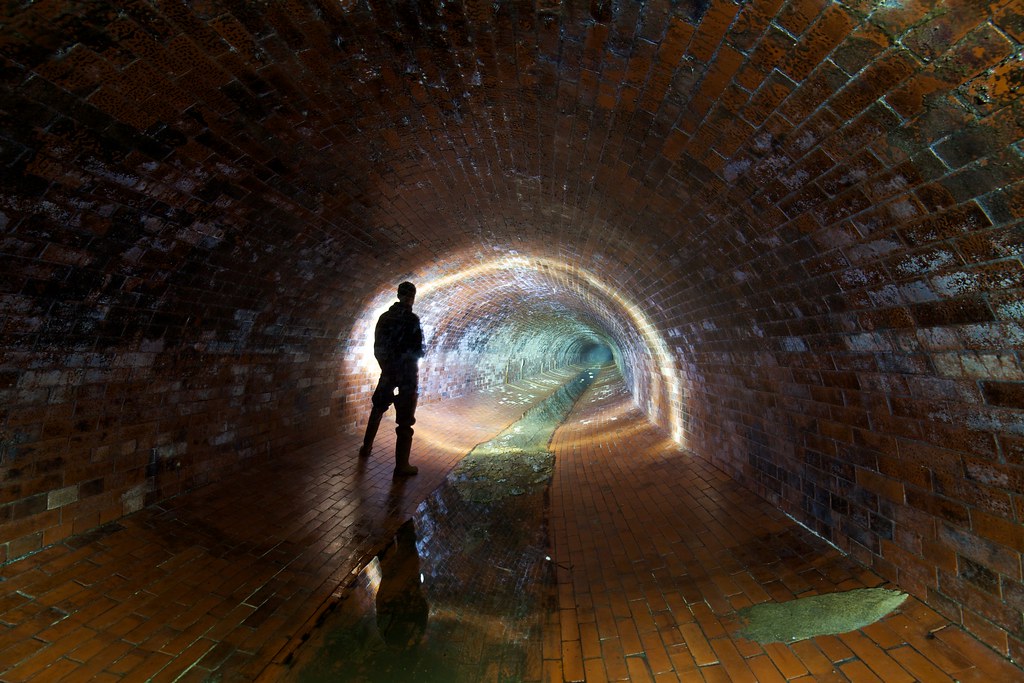 The same setup is repeated again further on, this time with the B Interceptor which comes from Manchester City Centre. On the first visit this chamber had bad air but this time the levels were all normal. 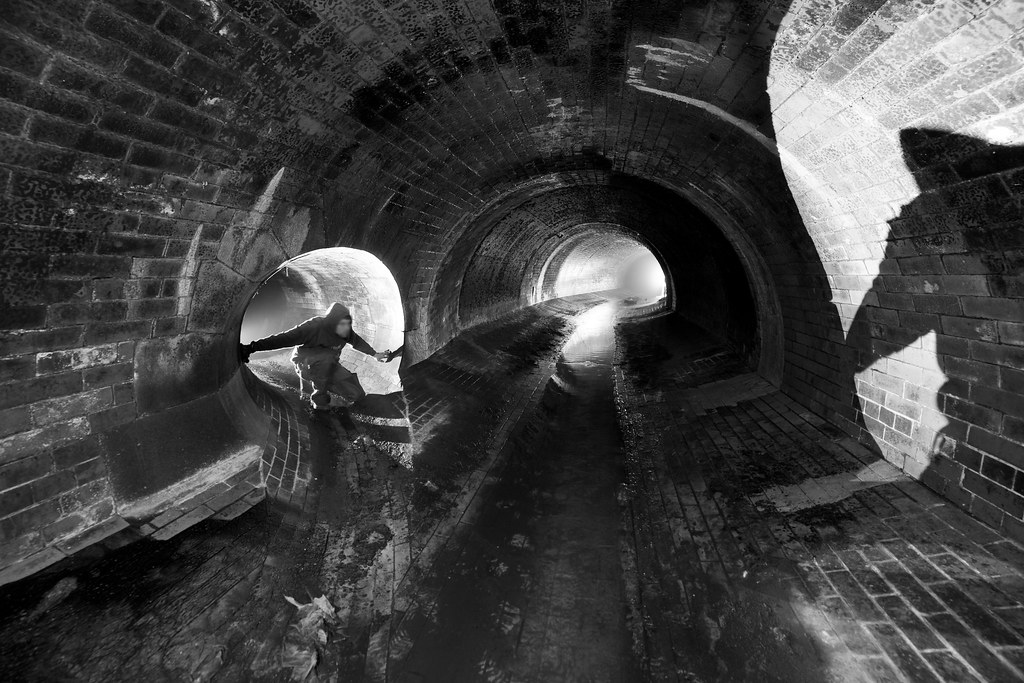 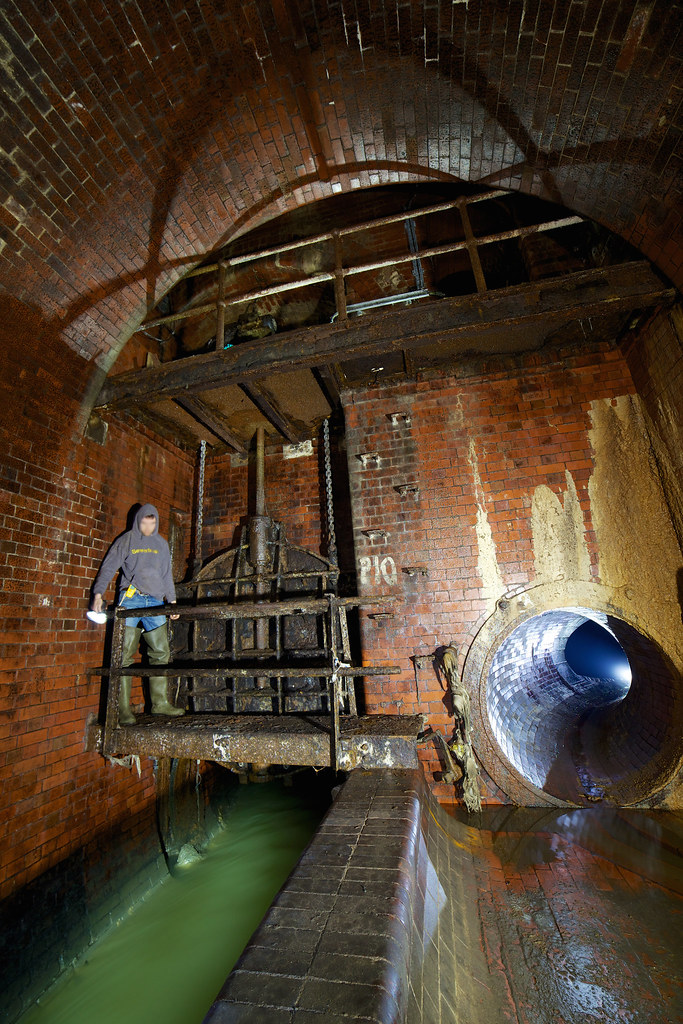 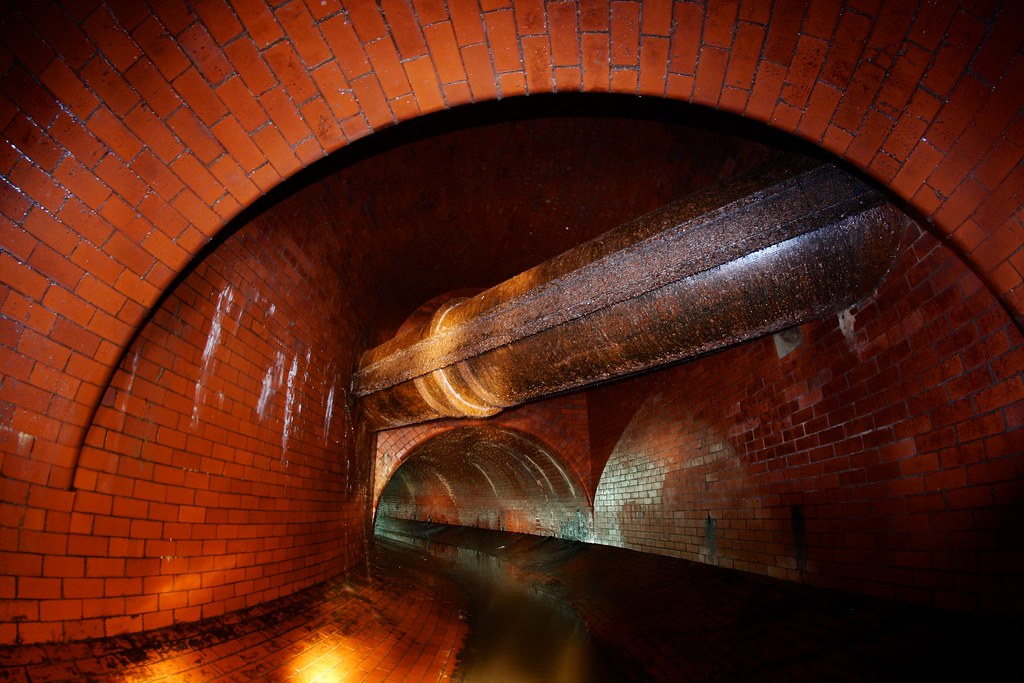 United Utilities have recently completed work on a new screening facility as part of AMP5. Multiple mechanical screens lift solids from the flow and prevent the Irwell from looking as bad during storms. A large area after the screens may form a detention area but a mechanism to do so was not apparent at the time. 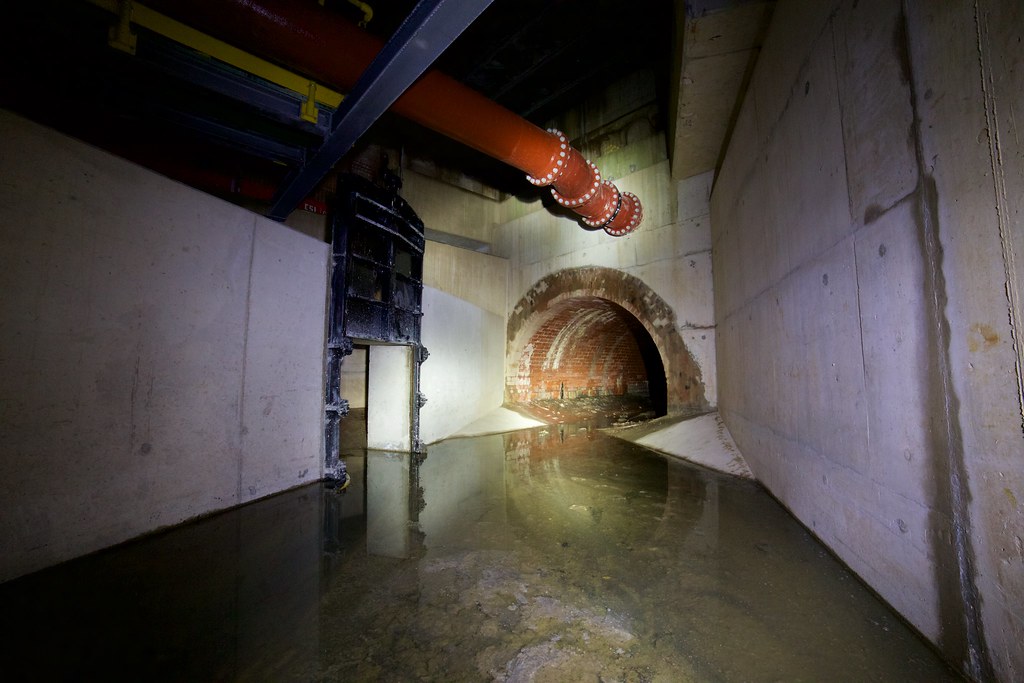 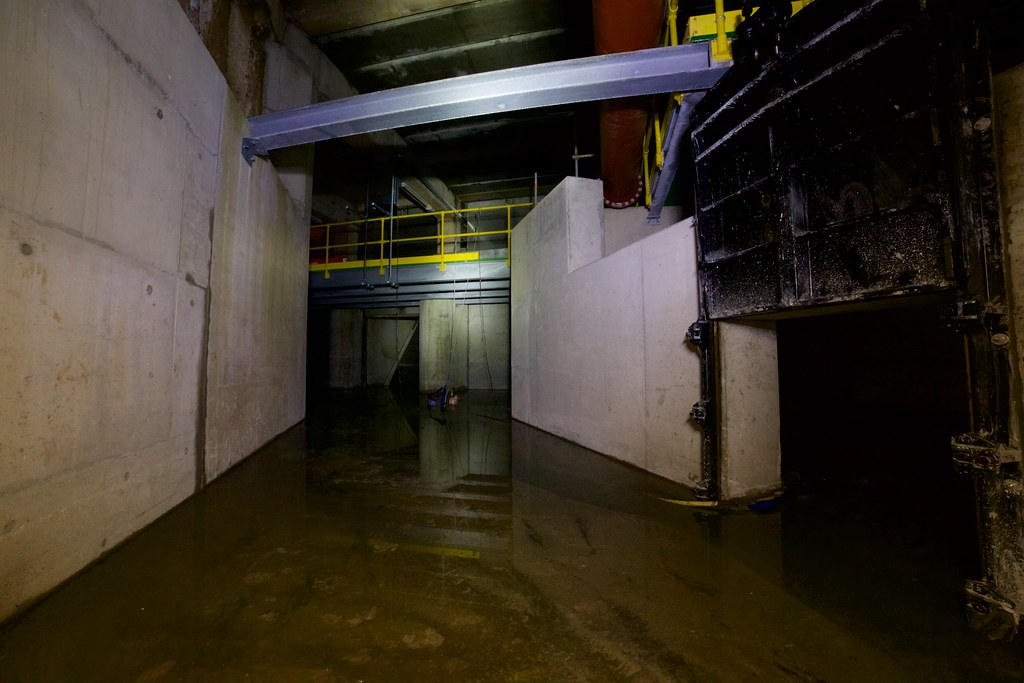 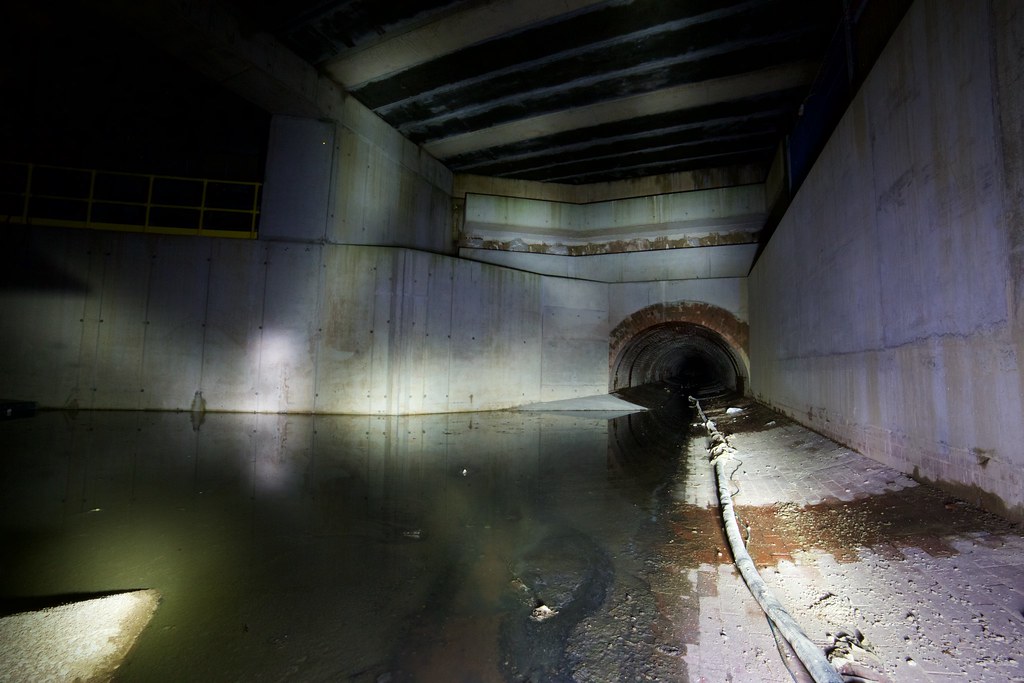 The end of the walkable section comes in the form of a sump which takes the culvert underneath a canal. After that it's a short distance to the river where another penstock could be lowered to close off the tunnel. The outfall is generally underwater however I've seen it once during a drought where the top of a brick arch could be seen. 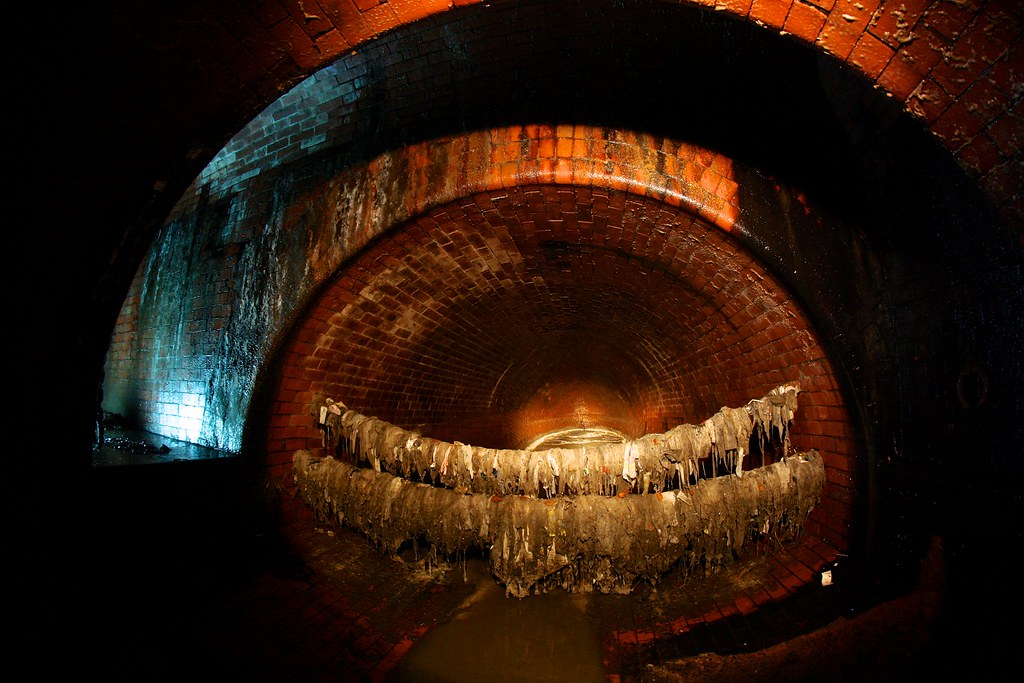 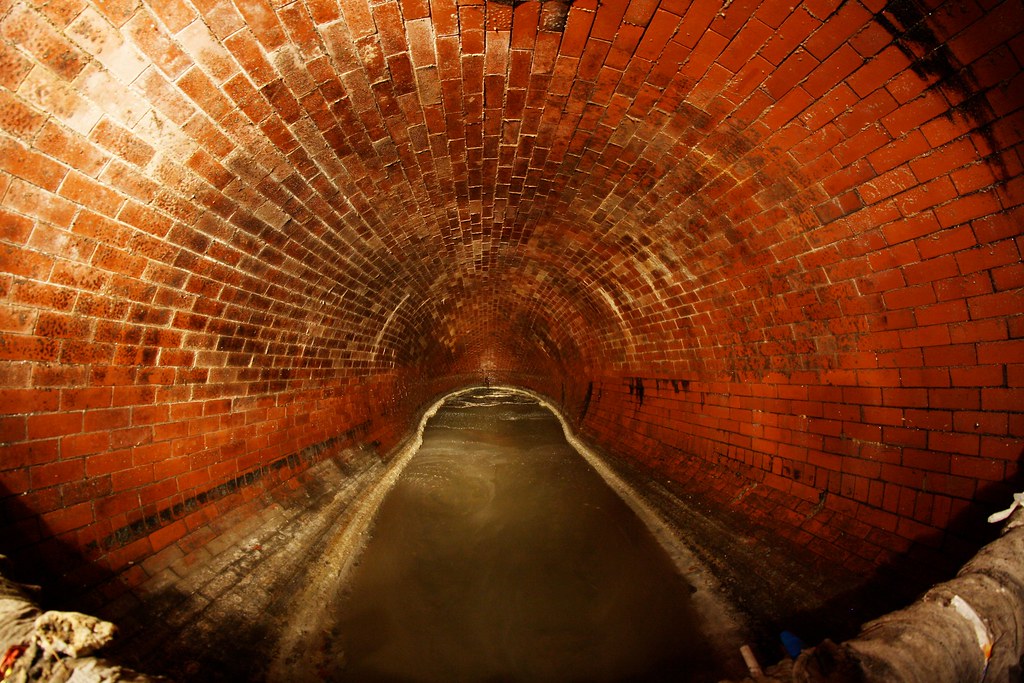