It's been a few years since I've done any London drains so an invite from the TheVicar was well received. We headed down to the capital one evening to check out Deep Ochre.

Officially known as the North Eastern Storm Relief this drain stretches for over 8km and is the overflow for several large sewers.

We entered at a lid around half way through and headed downstream. At this point it was a brick pipe around 10ft tall with very little flow. The water was clear and it was a pleasant walk with a few nice little side pipes and ladders upto pizza style lids that kept the air fresh.

After a while the pipe opened up another couple of foot and we came to the junction of the Middle Level Sewer No1. A set of stairs led upto the overflow chamber which was rather grand, being pretty much all brick and housing the massive Mid level. 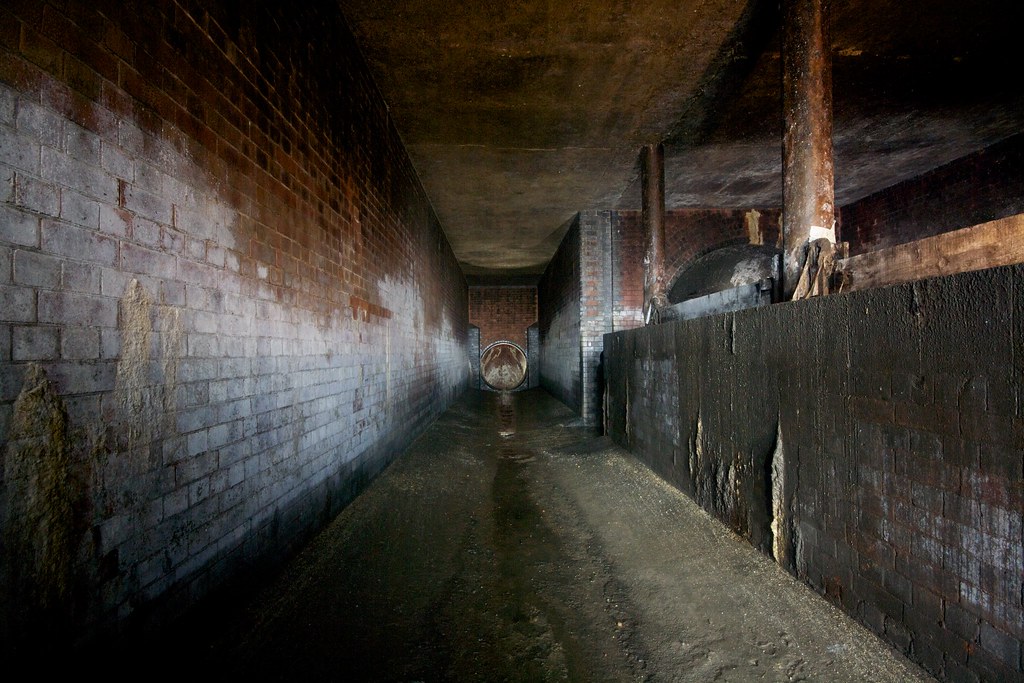 Soon after the junction the water level increased as it backed up behind a small dam, the tunnel had started being spraycreted after this point and an ultrasound sensor monitored the levels(1). The water level was low again so we continued. The water started building up again and we waded through all kinds of crap left over from the last overflow. Another larger dam signalled the end of the trip, as an unknown stretch of semi stagnant waited after.

It was a shame not to see the connections to the Lower Level Sewers but I was happy to play it safe knowing what this drain can do.